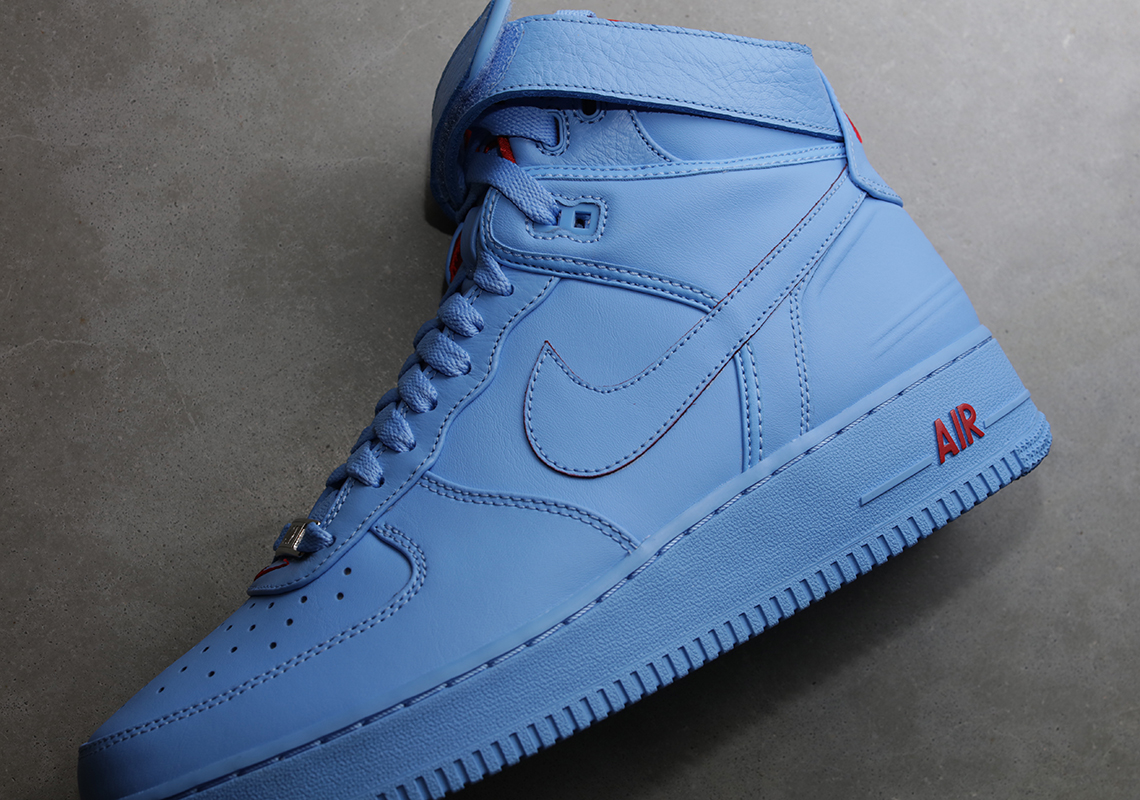 While starting rosters for next month’s NBA All-Star Game are yet to be announced, fans everywhere have already been treated to Nike and Jordan Brand’s All-Star Weekend 2020 Preview. Assembling an all-star (no pun intended) cast of collaborators the likes of Lyrical Lemonade’s Cole Bennett and Sheila Rashid, Beaverton is fully committed to tying their mid-February footwear offerings with the weekend’s host city of Chicago. Unlike the aforementioned creatives, who are bringing their signature styles to the Jordan Aerospace 720 and Air Jordan 1 Mid, respectively, Don C is merging elements of the Air Force 1 High and its following two iterations to create an homage to his hometown. Clad in blue reminiscent of the Windy City’s flag, uppers on the forthcoming ’82 silhouette leave little room for any other color to share the spotlight as they don the rich hue from outsole to ankle. Keeping with the Chi’s fighting spirit, hits of red – borrowed from the stars on the city’s banner – emerge across swoosh, “AIR,” and “Just Don” branding throughout the shoe, while completely taking over the satin inner linings. Rounding out this ode to the midwestern hub, the color scheme’s muse itself sits inside the tongue.

Grab a closer look at this bold AF1 below and keep it locked here as more details get unveiled ahead of the pair’s scheduled February 15th drop. 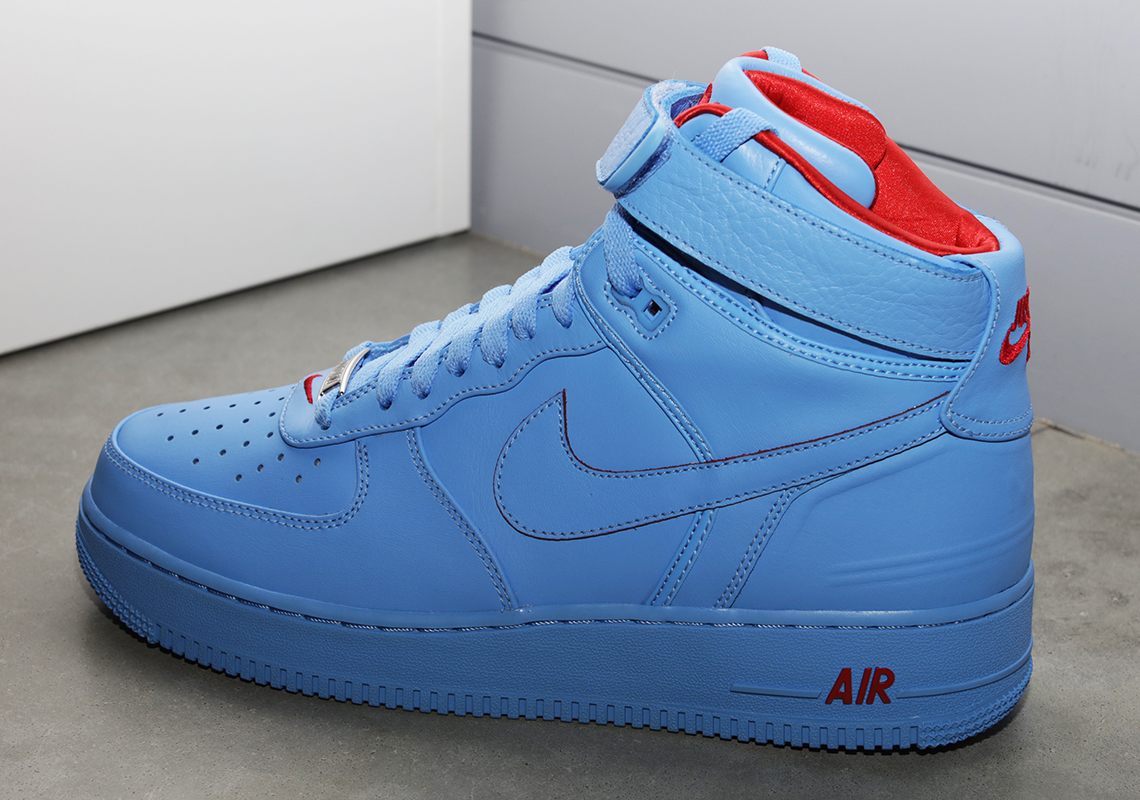 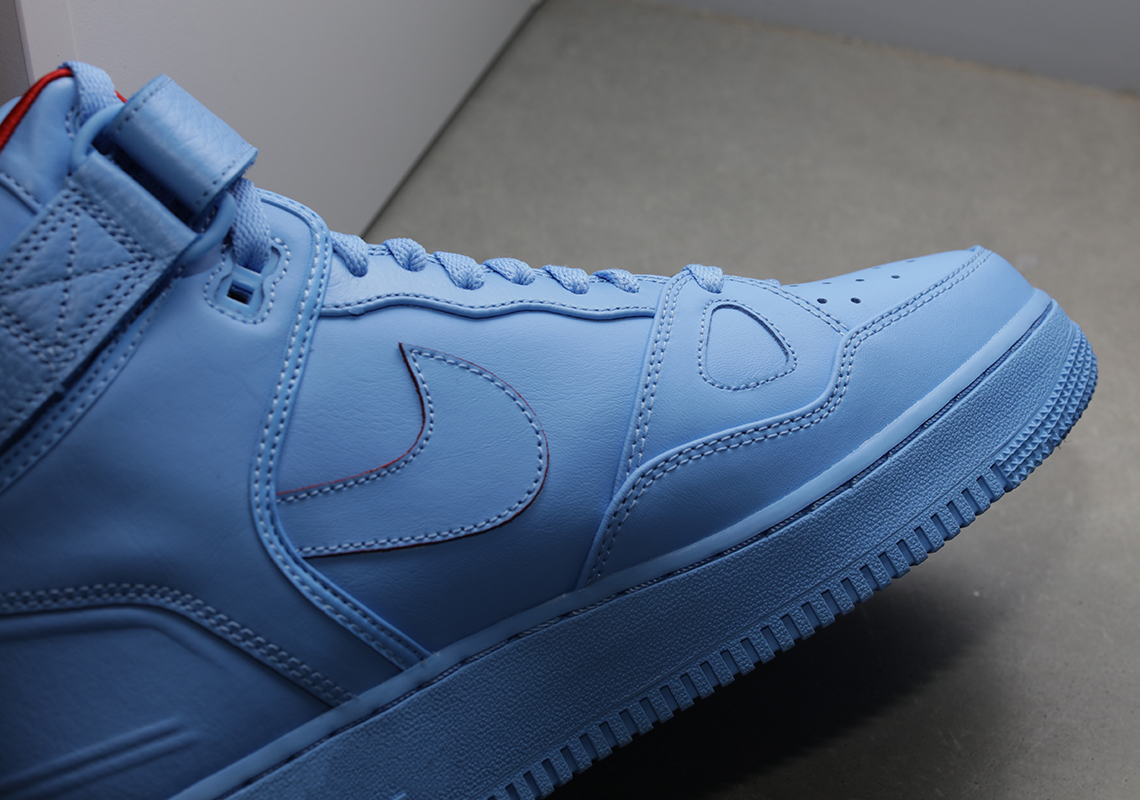 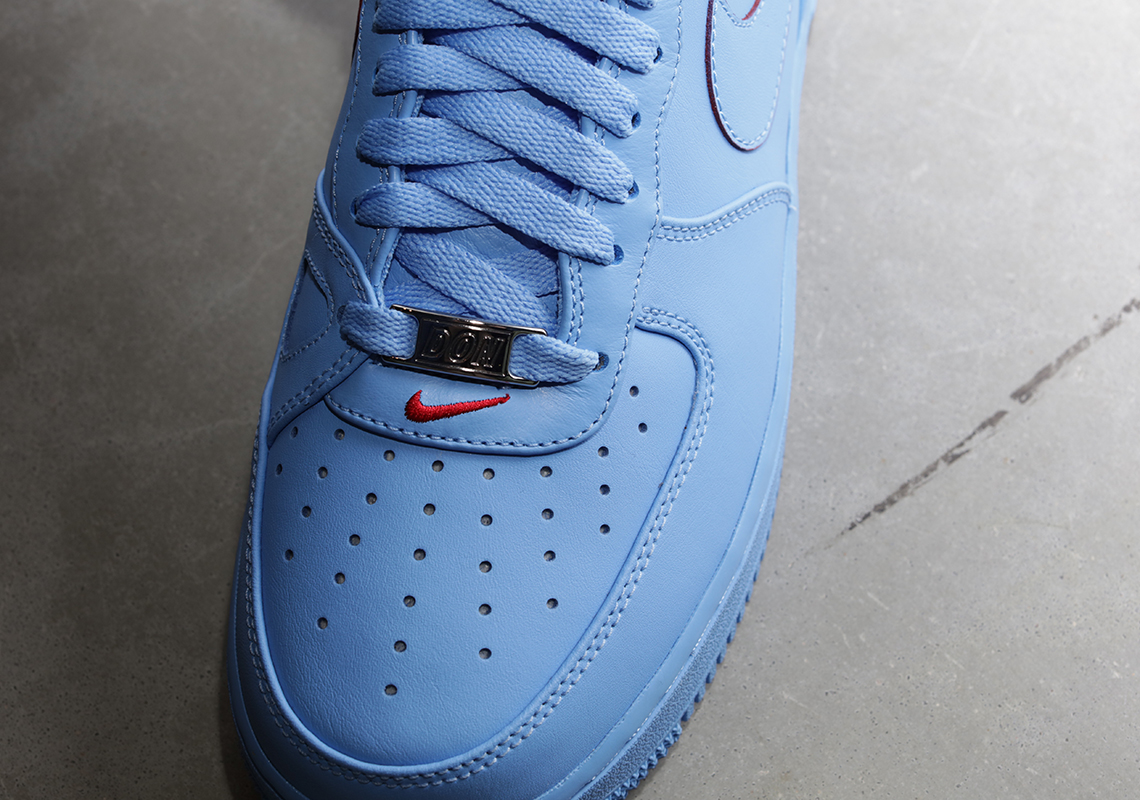