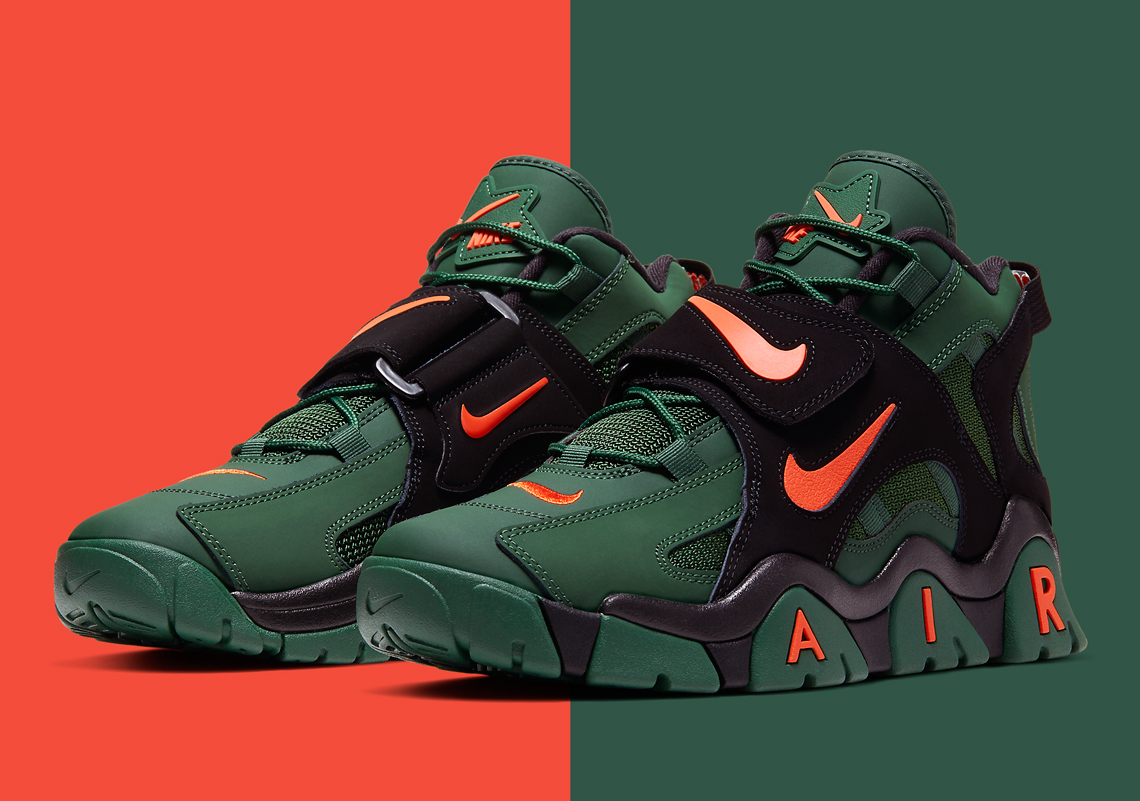 As anticipation among football fans builds up for next month’s Super Bowl LIV, sneaker enthusiasts have also joined in on the excitement because brands like Jordan and Nike have commemorative releases scheduled around the event. While the Jumpman imprint is dropping a tropical Air Jordan 10 and a yet-to-be-seen Jordan Max 200 on January 31st, its Swoosh counterpart is honoring the 54th Super Bowl with an Air Barrage Mid inspired by the host-city’s Miami Hurricanes. Popularized in the ’90s by the likes of Hall of Famer Marshall Faulk and Pittsburgh Steeler Ernie Mills, the Air Barrage silhouette is fitting for football’s biggest game with its cross-training capabilities and ostentatious design. Of the latter, all branding (and there’s a lot of it) gets treated to the same punchy orange that animates half of the ‘Cane’s “U” logo. The various layers of leather and mesh across the upper, as well as the rubber outsole, get treated to a rich green not only borrowed from the University, but also reminiscent of the greater South Florida landscape. Velcro straps and heel tabs go black, but a special football-shaped hang tag adds another hit of flair to this pair; on it, text denotes both Miami’s “305” area code and “Super Bowl LIV 2020.”

If you’re interested in grabbing a pair, this Hurricane-inspired Air Barrage Mid is scheduled to drop at select retailers on January 29th, 2020 for $140 USD. While you wait, grab a closer look at the shoes here below. 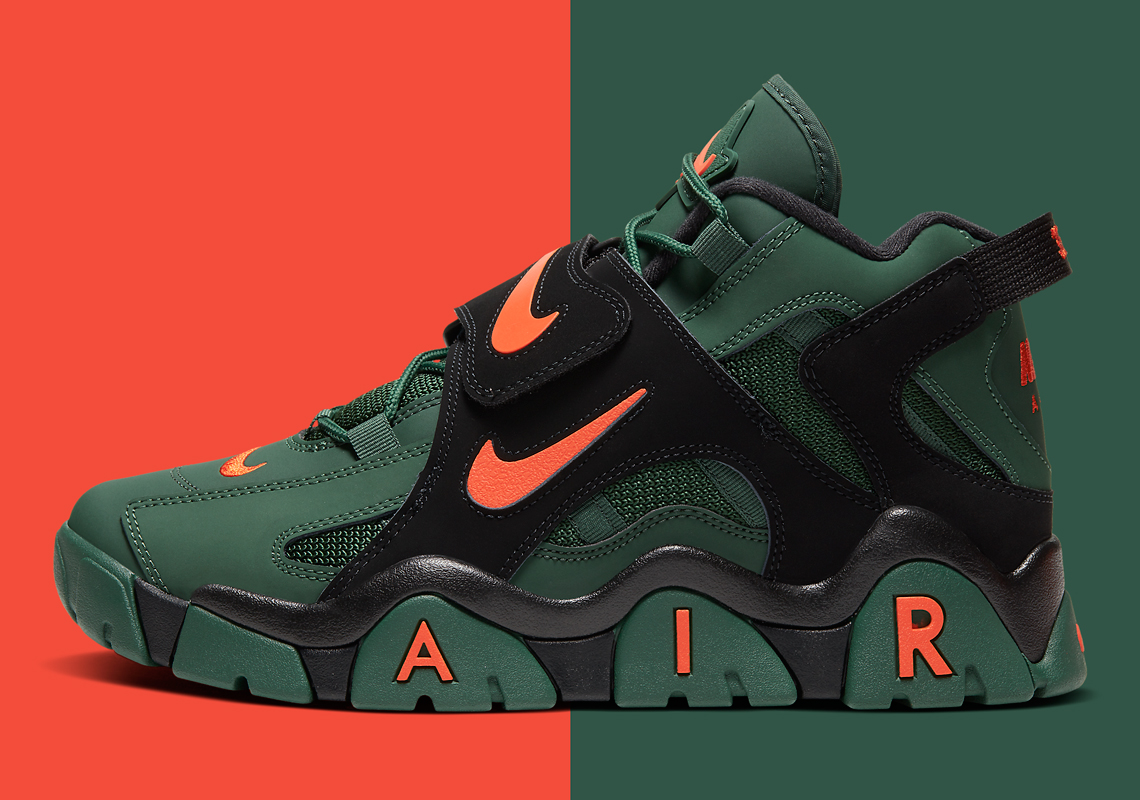 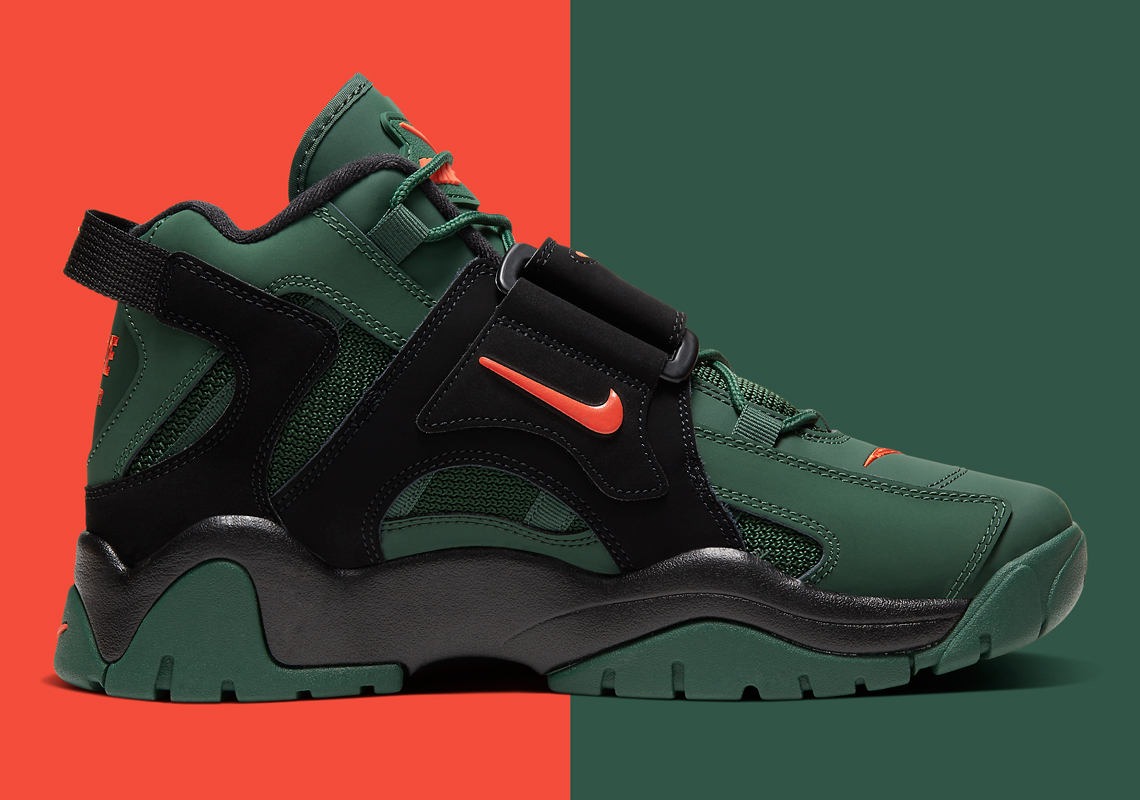 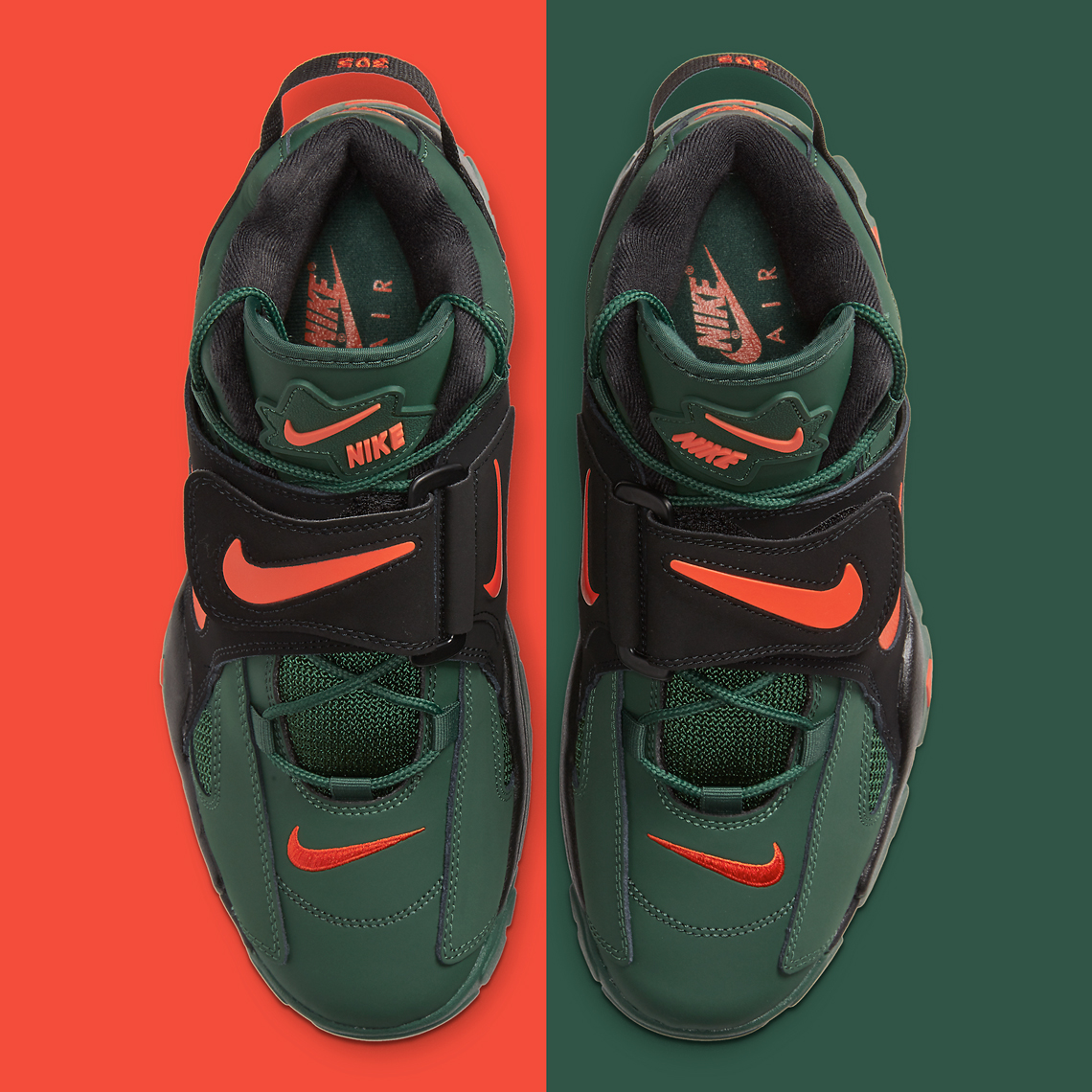 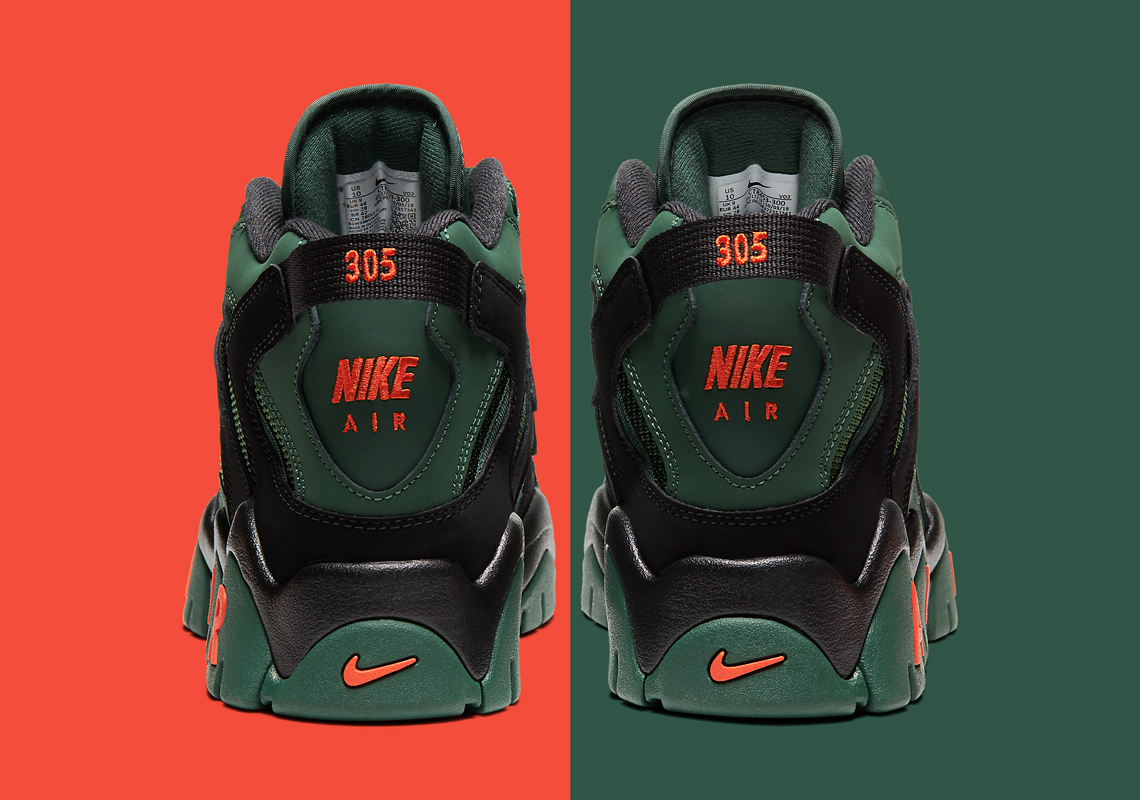 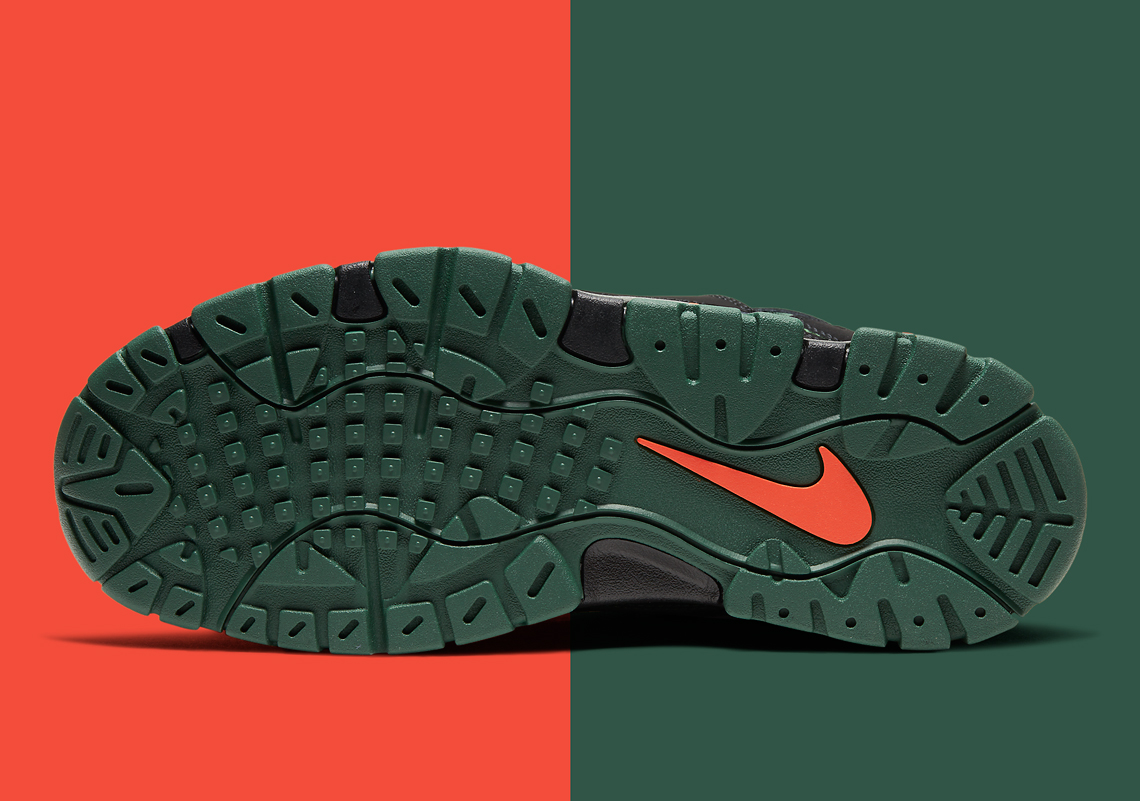 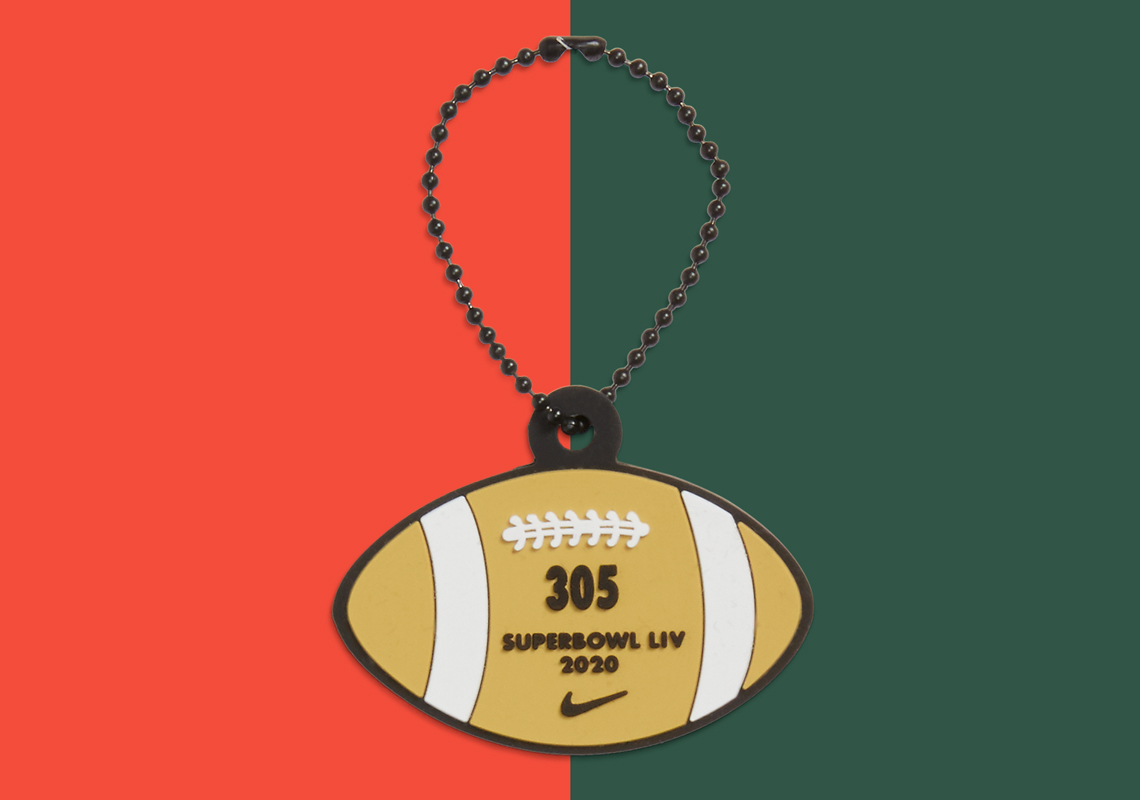