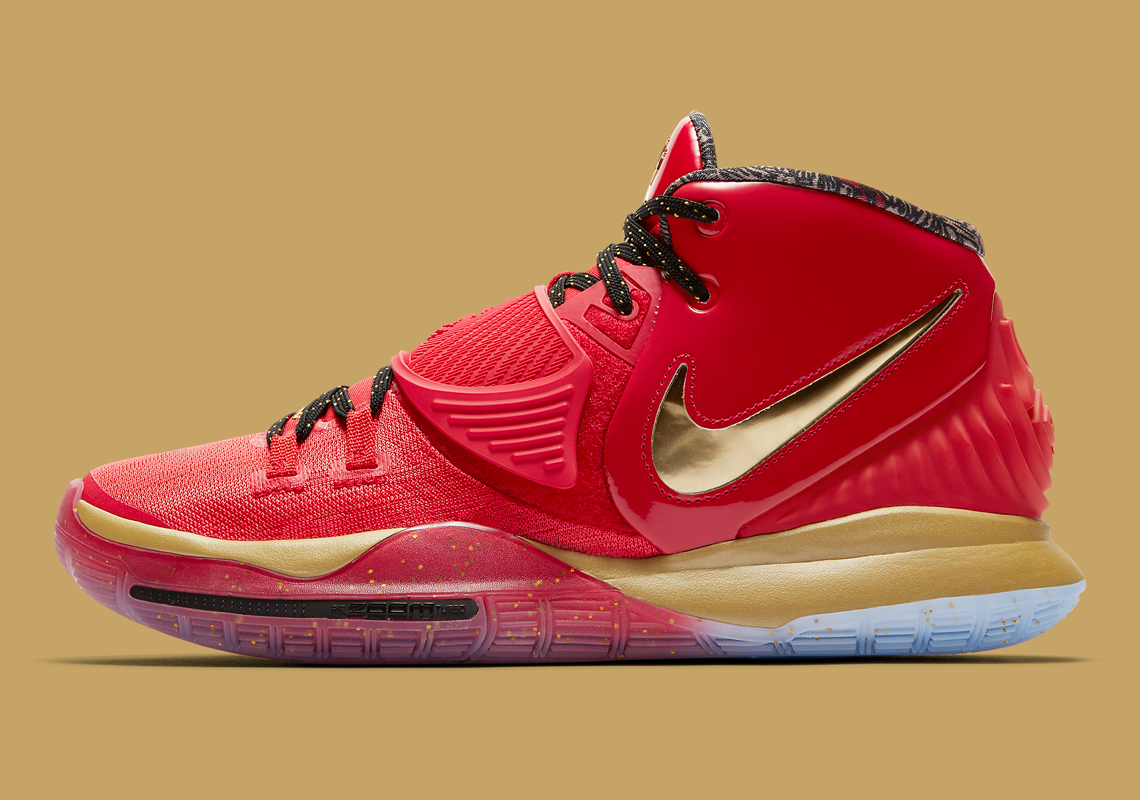 Earlier this month, Kyrie Irving and Nike paid tribute to Michael Jordan and the Air Jordan 4 through a “Bred” iteration of the Kyrie 6. While his return against the Atlanta Hawks after missing 26 games saw him put on an MJ-like performance, the Brooklyn Nets guard is using his signature sneaker line to further speak to the champion-level qualities he shares with the Jumpman in time for the upcoming NBA All-Star Weekend in Chicago. Inspired by the Bulls’ 1996 title, the commemorative Kyrie 6 sports a crimson tone throughout its mesh and leather upper while sitting atop a gold-colored midsole complete with an icy, speckled outsole transplanted from the Kyrie 2 “Championship Pack.” Elsewhere on the pair, more nods to the host-city’s most iconic athlete appear by way of the glossy, Jordan 11-like finish at the profiles; “06/16/96” text at the base of the right shoe’s laces; and inner lining pattern resembling the carpet that #23 laid on in the Bull’s locker room as he cried right after winning his first NBA title since losing his father. Left shoes feature all these same details, but switch the text at the base of the laces to reflect Irving’s only NBA championship: “06/19/16.”

Grab a closer look at this special release here below ahead of the pair’s scheduled drop on All-Star Weekend’s February 14th start date. 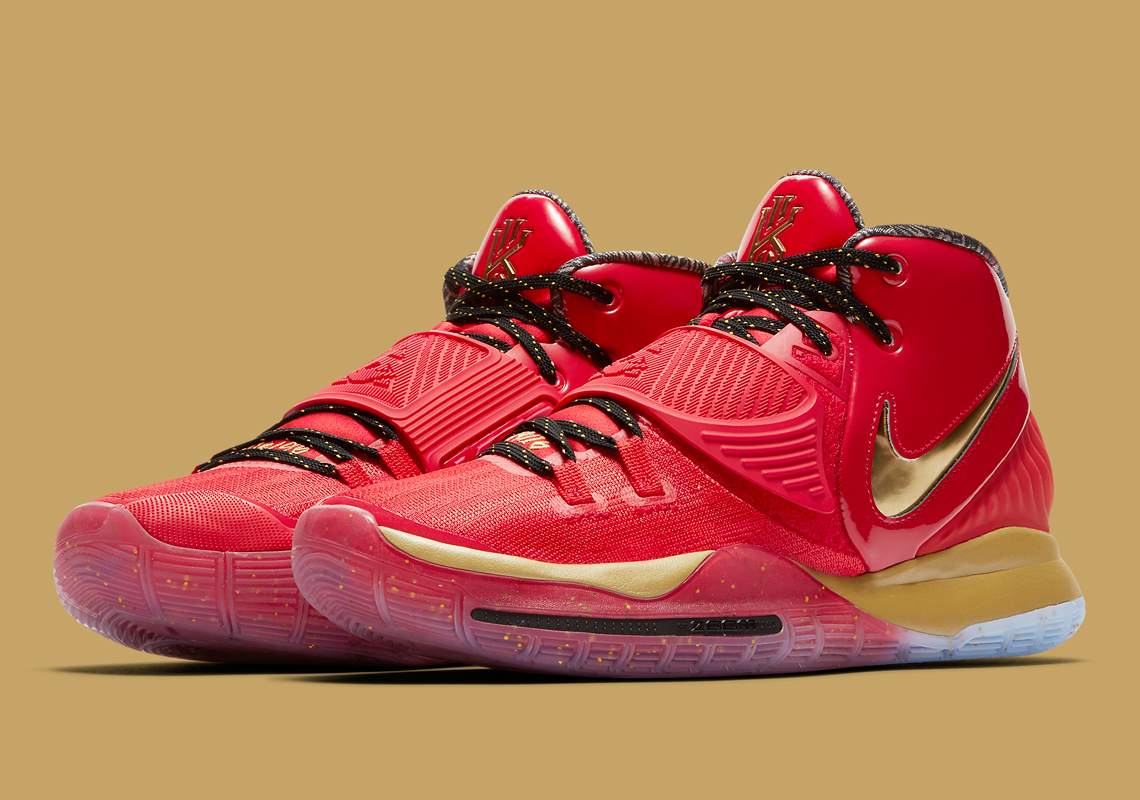 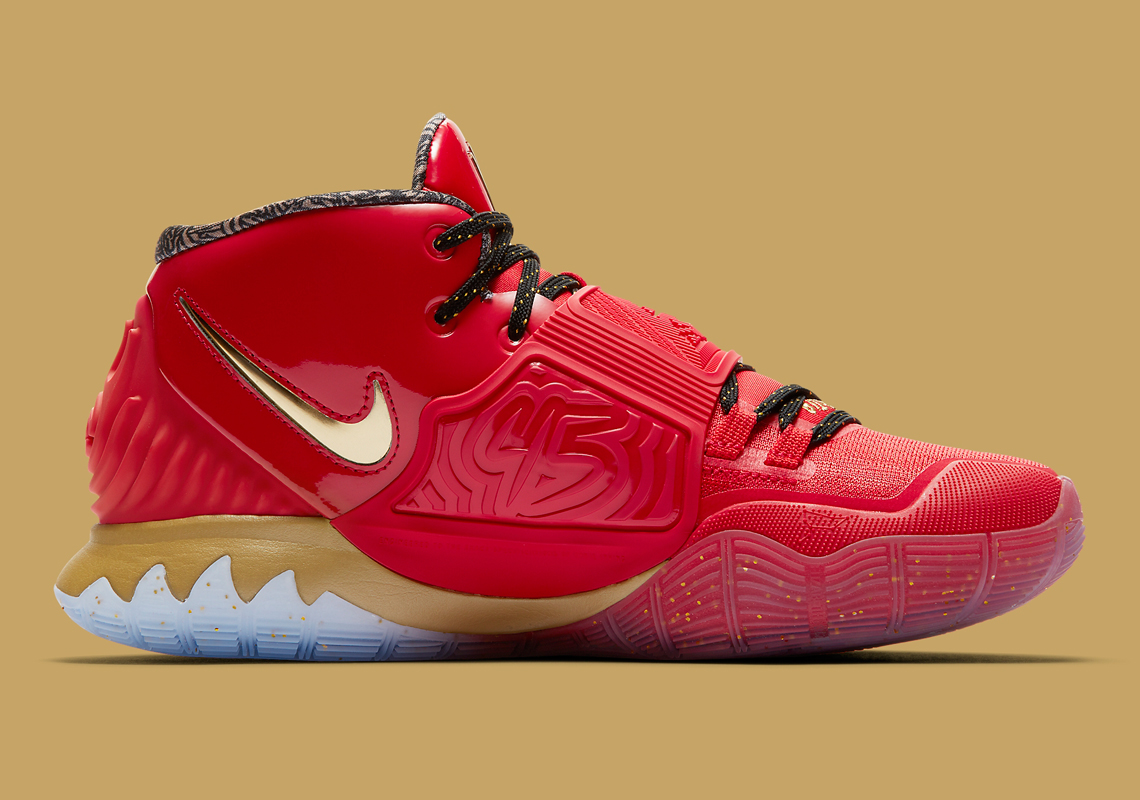 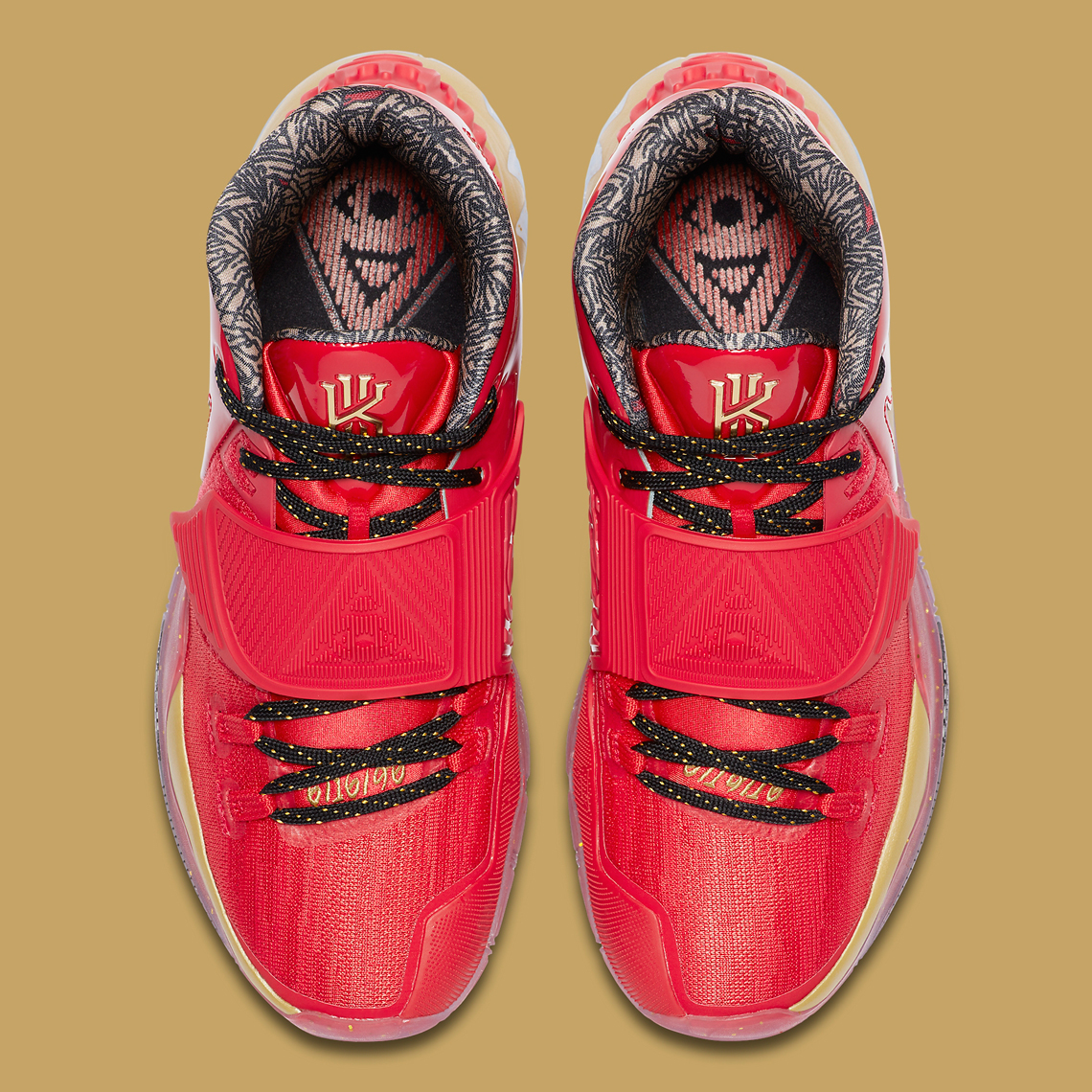 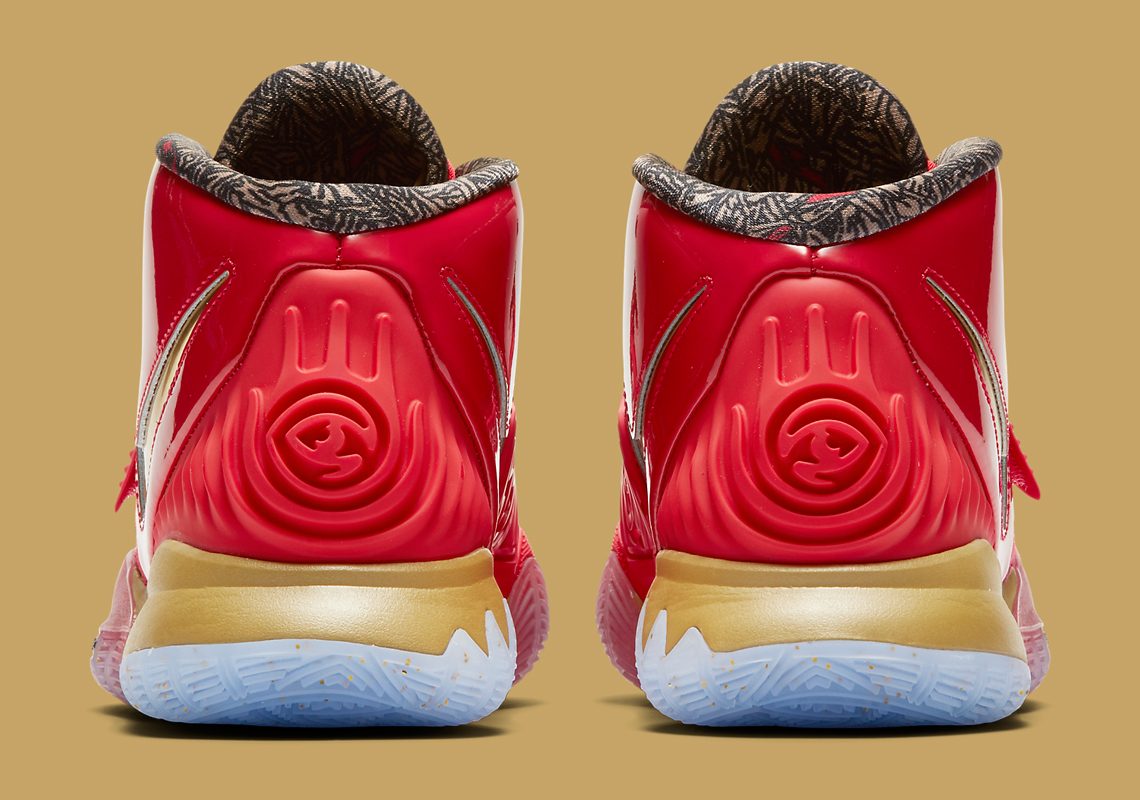 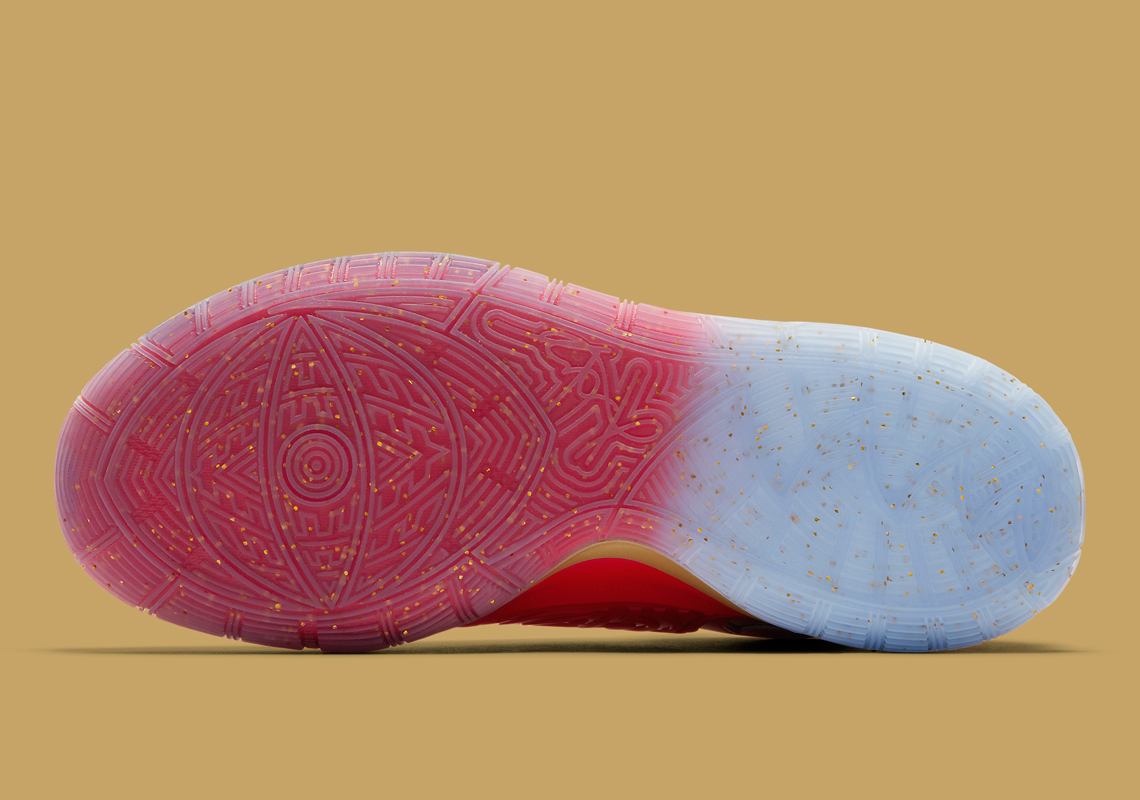