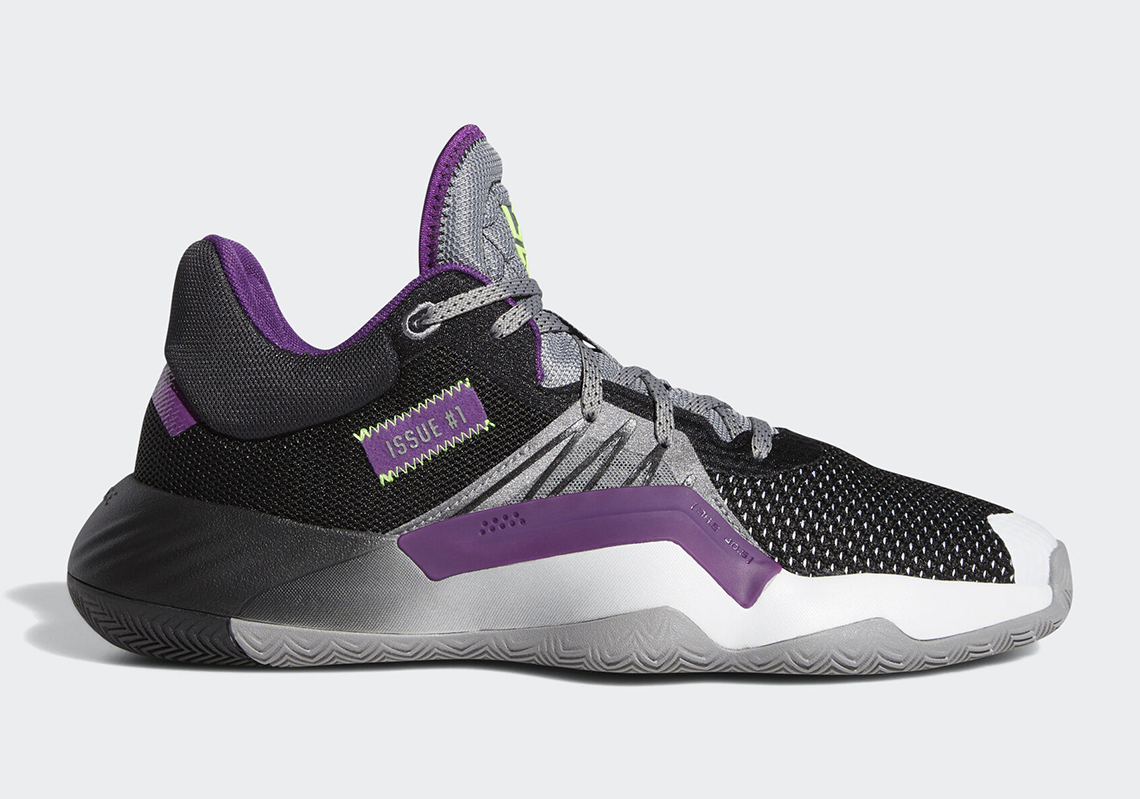 Not shy about his love for Marvel’s Spider-Man, Donovan Mitchell – known across social media as @spidadmitchell – and adidas debuted the Utah Jazz guard’s D.O.N. Issue #1 last July in the web-crawler’s signature blue and red colors. While following releases paid tribute to Spidey’s alternate “Symbiote” and “Iron” costumes, an upcoming pair of the adidas Hoops shoe seems to take inspiration from DC Comics’ Joker. Clad in black and white, textile uppers feature neon green and “Glory Purple” accents at the midfoot and heel. Tongue and collar lining also get treated with the Gotham villain’s suit color, while Mitchell’s spider-logo favors a more vivid version of The Joker’s hair color atop a grey mesh tongue. Elsewhere on the performance model, the sinister palette takes over the Bounce midsole, lateral propulsion clip, and herringbone outsole.

Grab a closer look at another comic book-inspired D.O.N. Issue #1 here below. Pairs are dropping on adidas.com and select retailers on February 1st, 2020 for $100 USD. 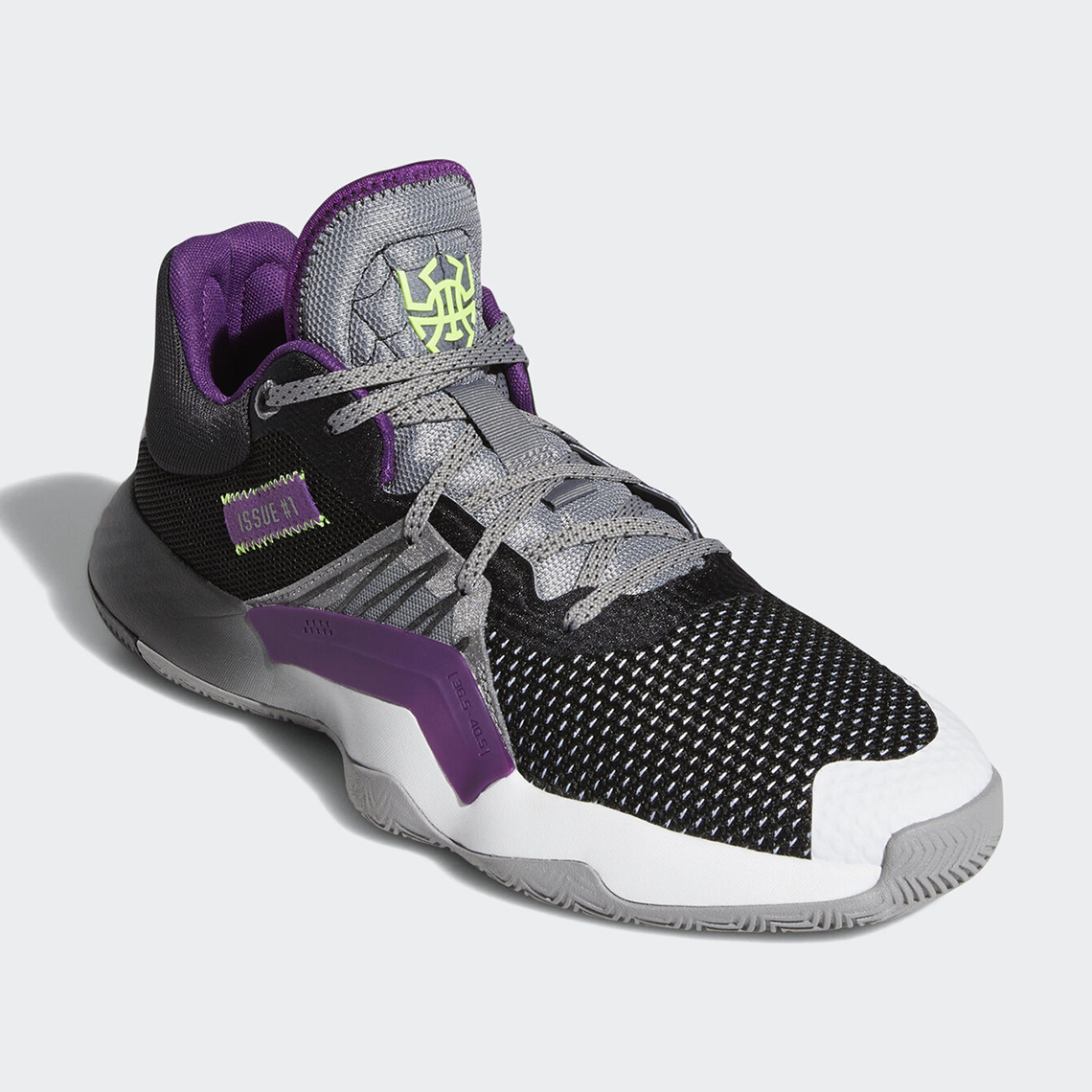 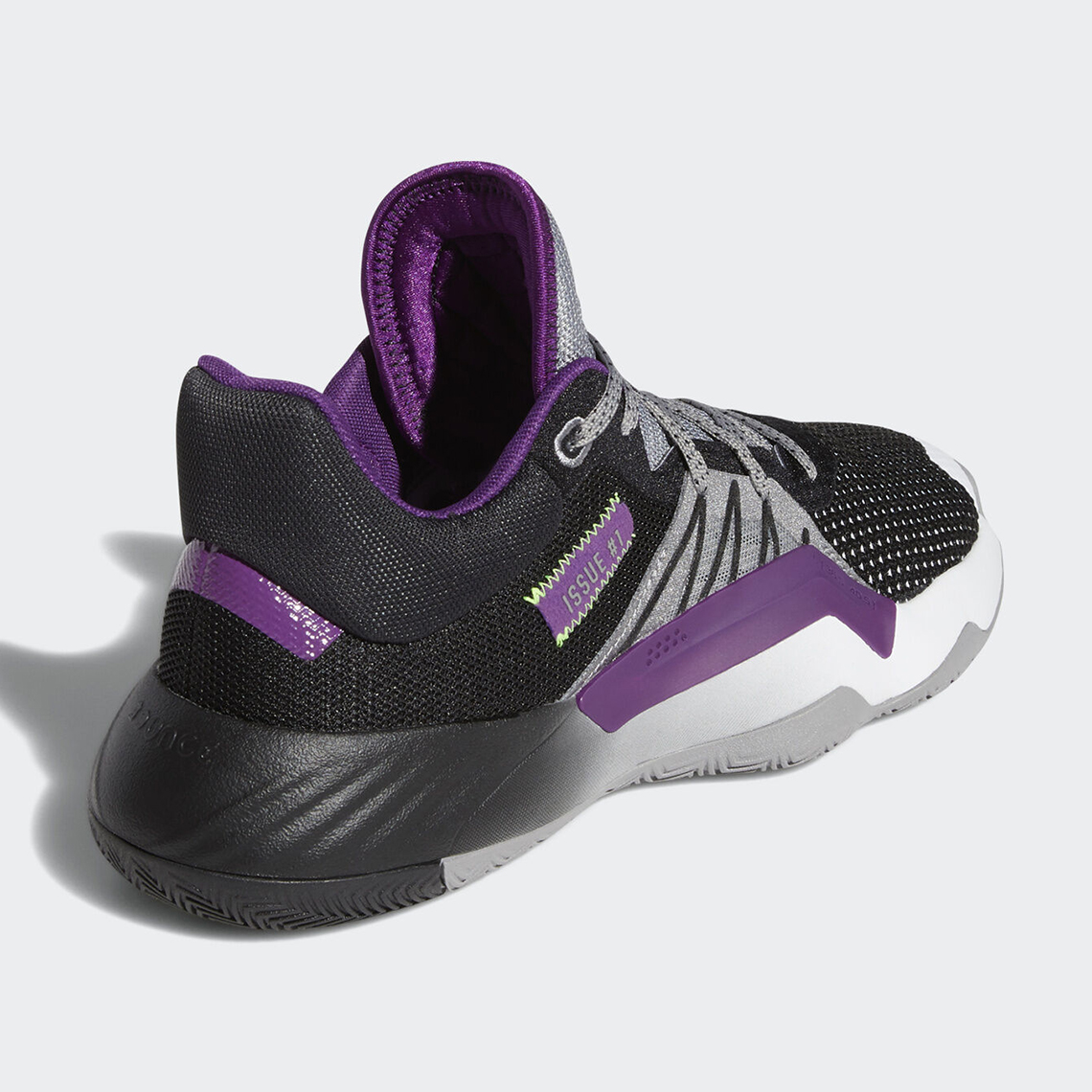 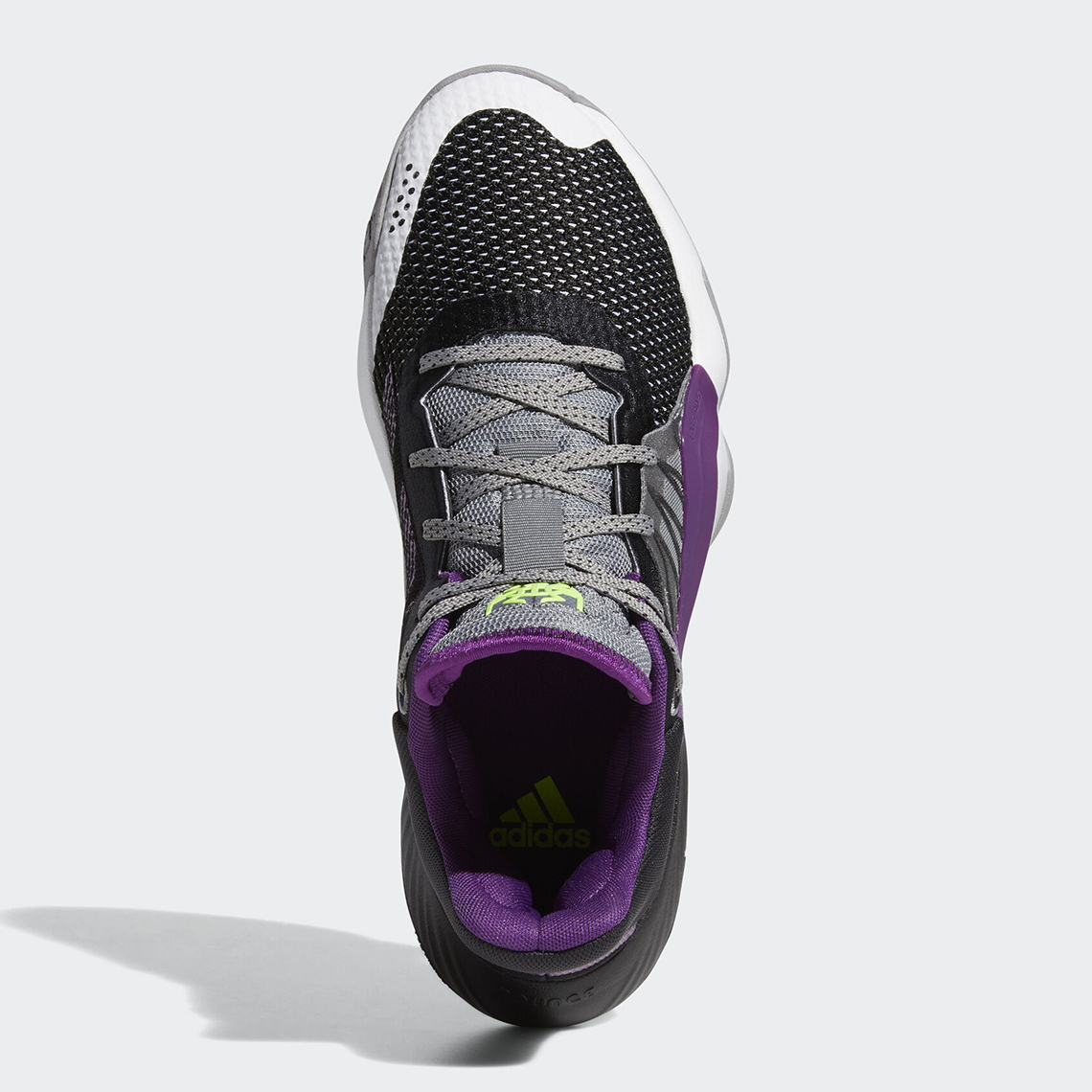 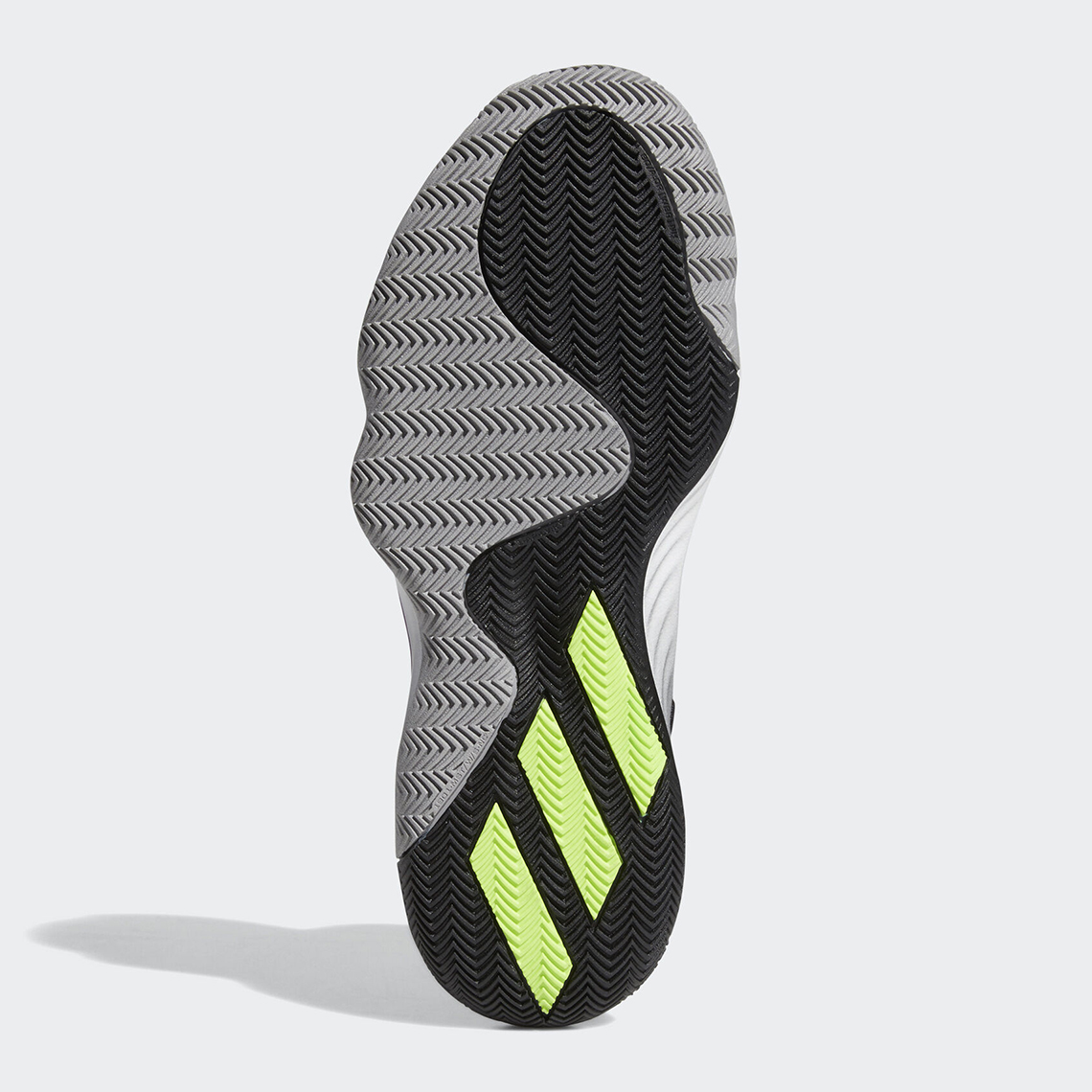