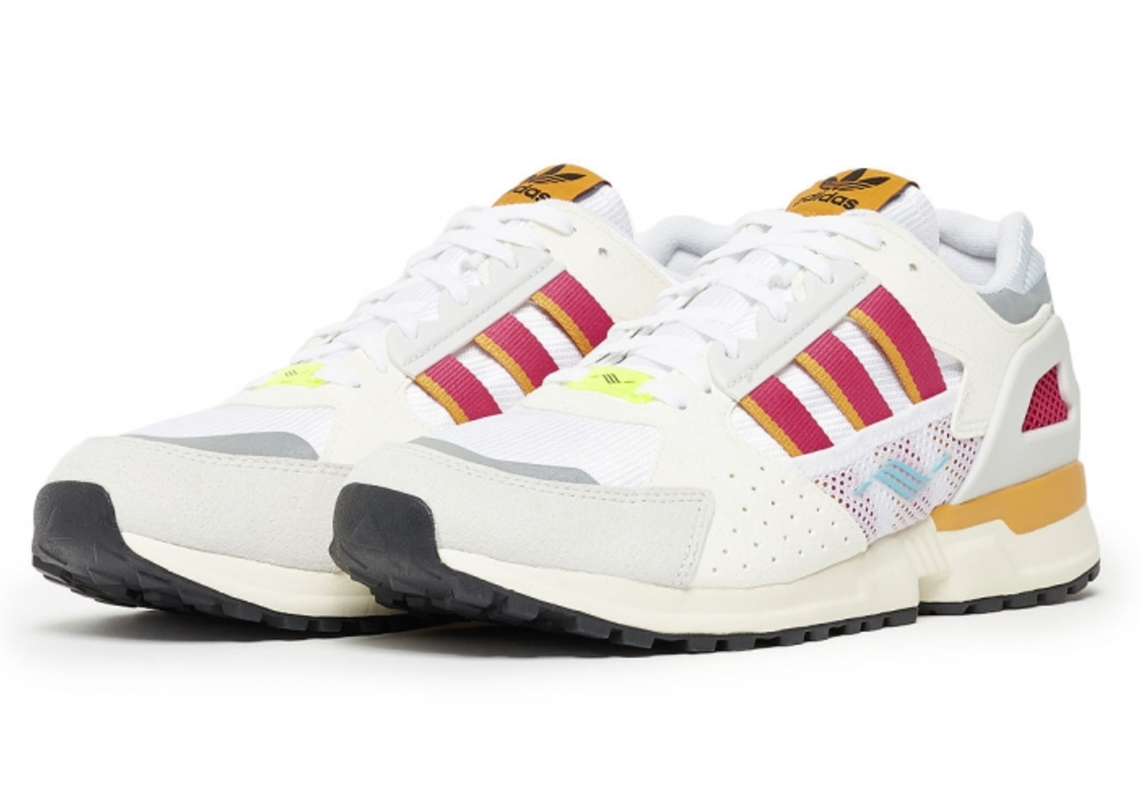 The endless array of adidas silhouettes continue to produce in numerous quantities lately, especially for their lifestyle category fueled by their recent “Change Is a Team Sport” campaign that highlights the Superstar, as well as several offerings birthed from their ZX family. The latter, which has mostly focused on its ZX 8000 in recent memory is now re-routing its attention to its ZX 10.000C model for a duo of releases to kick off the month of February. Among them is this upcoming makeover that oozes of retro characteristics through its color arrangement. Base layers, which see through to clean-cut overlays comprised of leather, mesh, and suede, are neutrally swathed in angelic white and grey hues, which thus permit its blend of warm and cool accents to steal the show. The former certainly captures most of the attention as combos of red and yellow are applied onto the stripes and rear regions, followed by near “University Blue” doses atop the heel branding and Torsion insignias along the mid-foot mesh panels. If you’re interested in a pair, they will be releasing at the below European retailers alongside a black/green pair on February 8th for $180 USD. 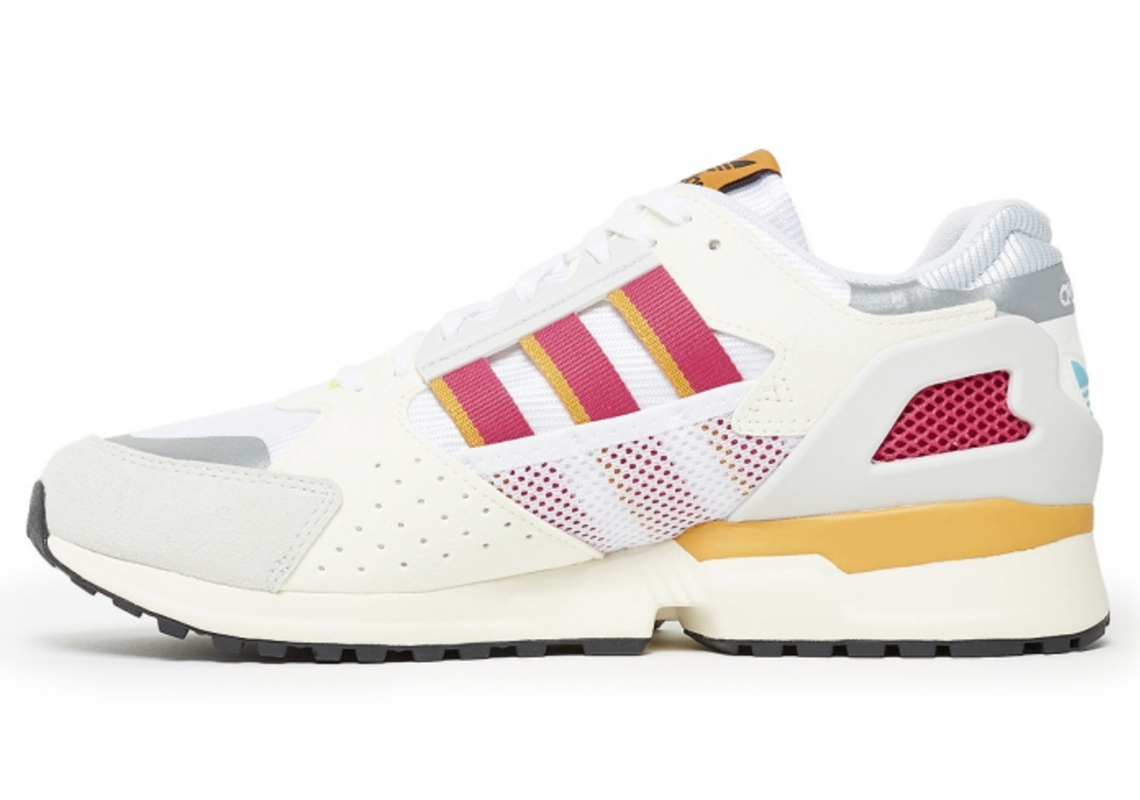 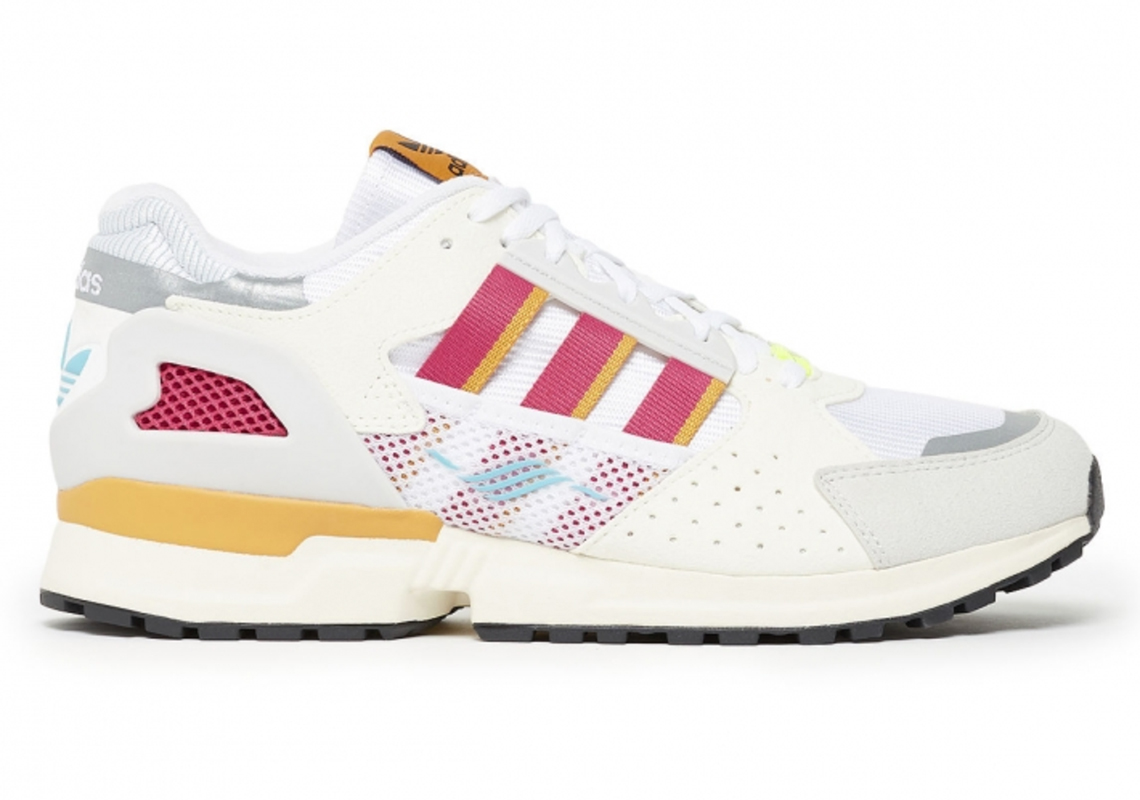 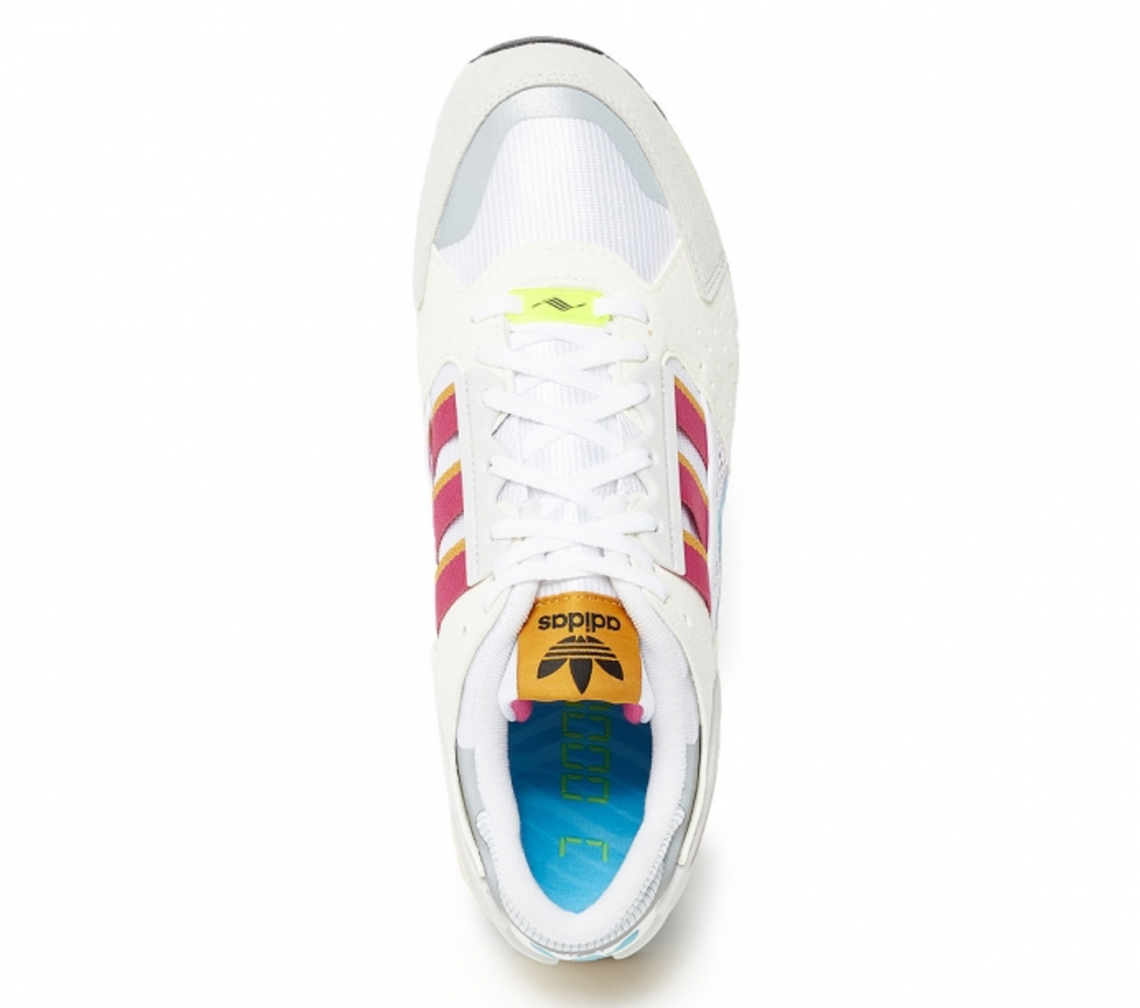 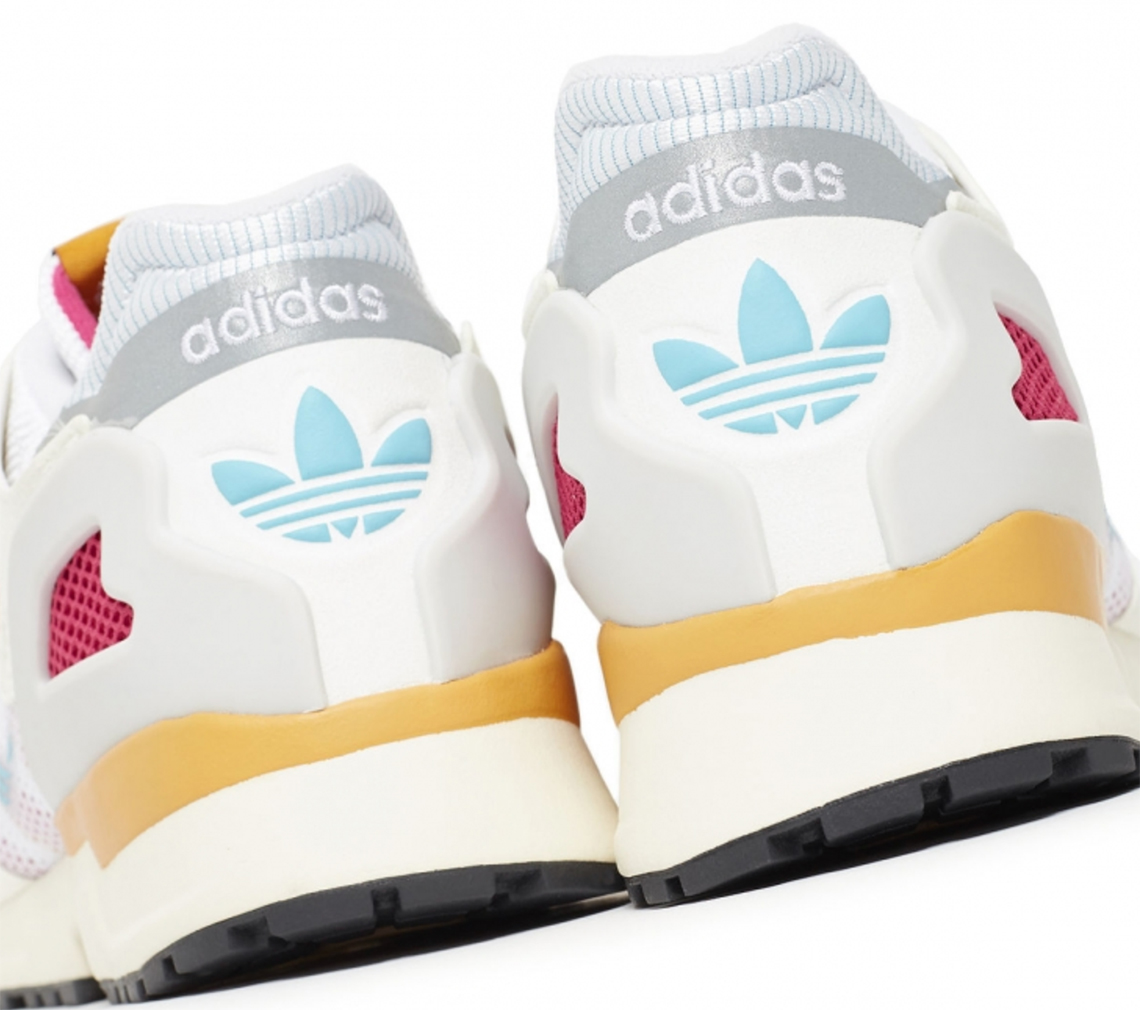