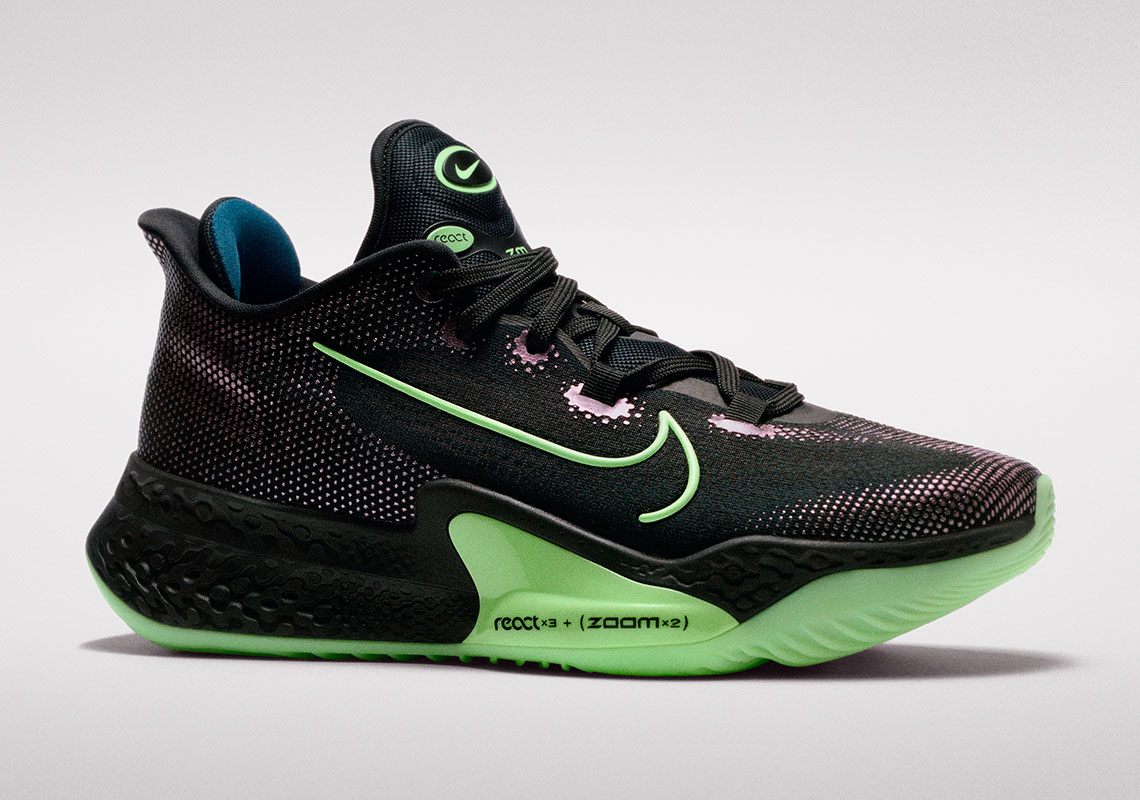 While the Tokyo Olympics are still months away, Nike has just given us a first look at the footwear and apparel its sponsored athletes will be wearing throughout the event. Of the former, there’s a heavy reliance on forefoot Air Zoom, likely inspired by Eliud Kipchoge’s controversial, modified-ZoomX Vaporfly NEXT%. And the Swoosh’s basketball sneakers will be no different.

Replacing the Hyperdunk, which debuted in Beijing for the 2008 Olympics, as Nike’s signature hoops-ready model for the Japan-held competition is the brand new Air Zoom BB NXT. Reminiscent both visually and technically of the Adapt BB and AlphaDunk, the Air Zoom BB is Nike’s proposal to a growing segment of “positionless” athletes looking for an all-around shoe in this new era of basketball. Mesh upper construction sheds weight, while still offering durability via its LeBron 17-like textured pattern. Padding at the tongue and collar provides not only comfort, but also a lockdown fit crucial for avoiding ankle sprains. As impressive as these details are, this model’s most notable feature is undoubtedly the combination of React and Air Zoom.

Neither proprietary technology is new to Nike Basketball, but they’ve never been combined as they are on this upcoming silhouette. Exposed triple-stacked foam underneath the heel offers the soft, responsive sensation previously seen across the brand’s running products. Underneath the forefoot, two Air Zoom units take care of energy return and are concealed in molding that lays out this model’s winning formula: “react x3 + (ZOOM x2).” As this is a performance model, a multi-directional rubber outsole completes the design.

The Air Zoom BB NXT will be seen in a “Blue Flame” colorway similar to the recently-unveiled SB Bruin React throughout the Tokyo Olympics. The pictured black and neon version is set for retail debut of $180 USD on July 1st. Until then, enjoy a closer look at this new model here below.

For more Olympics-related footwear from the Swoosh, check out the VaporMax 2020. 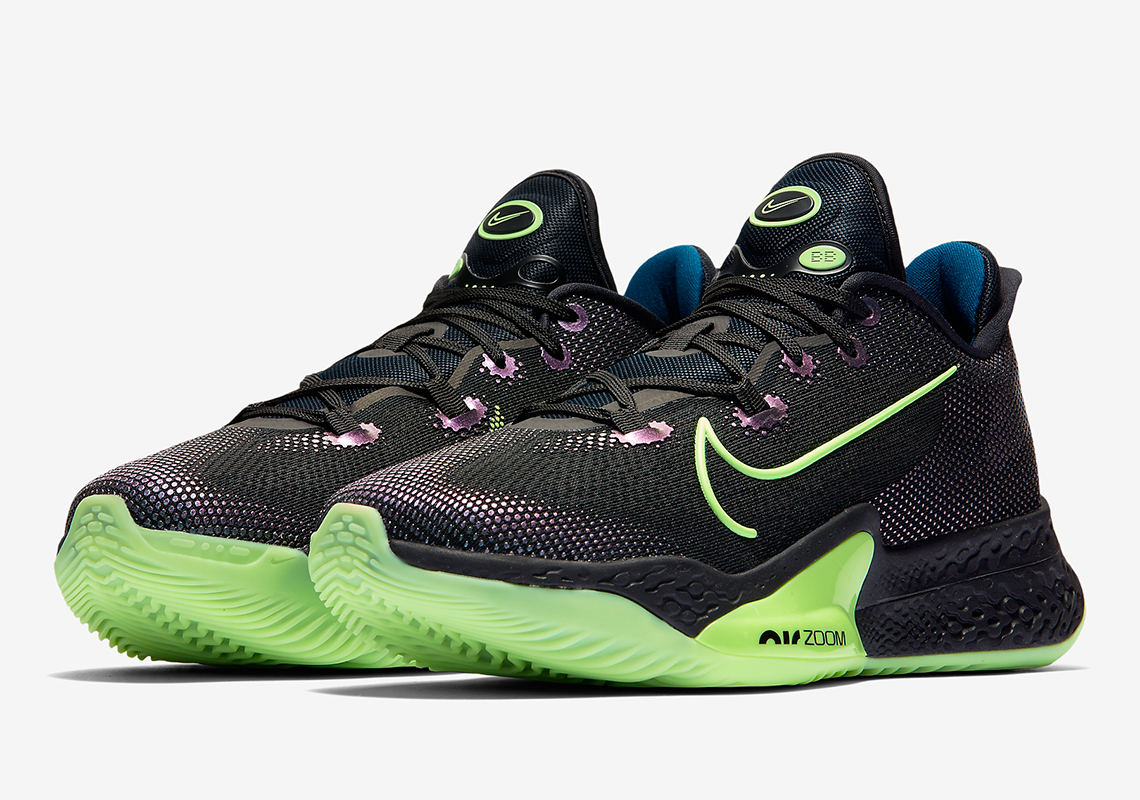 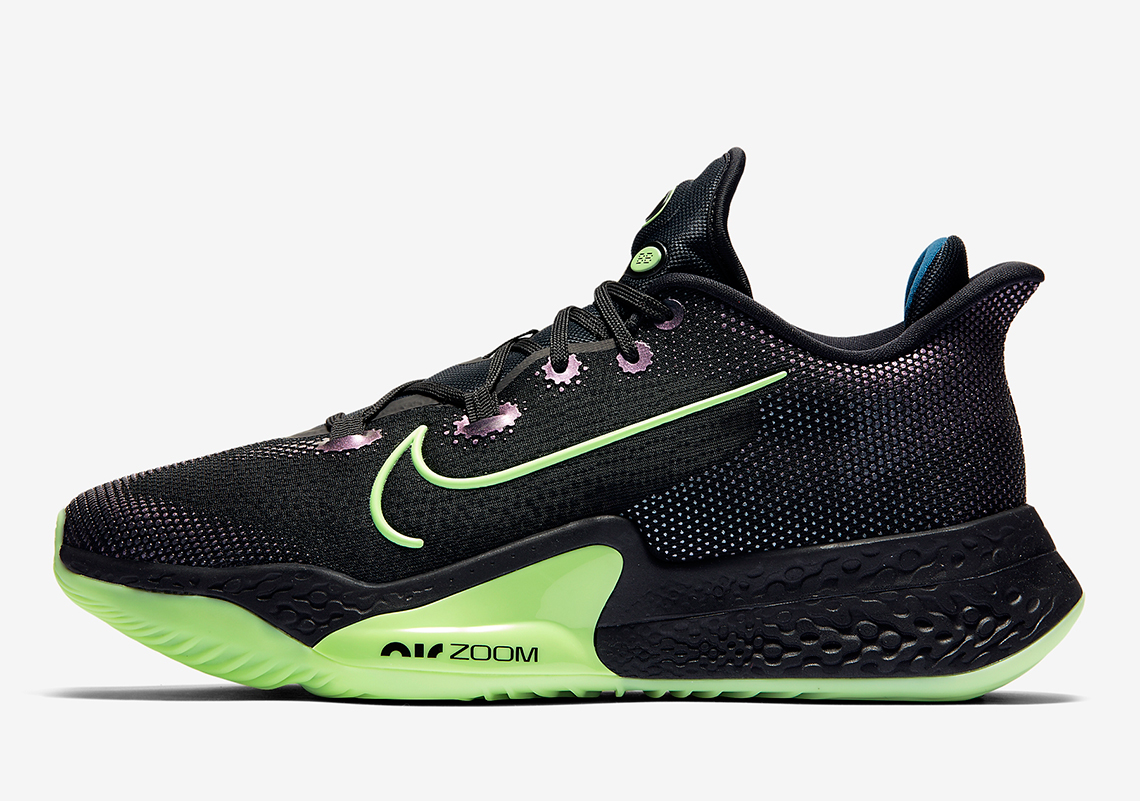 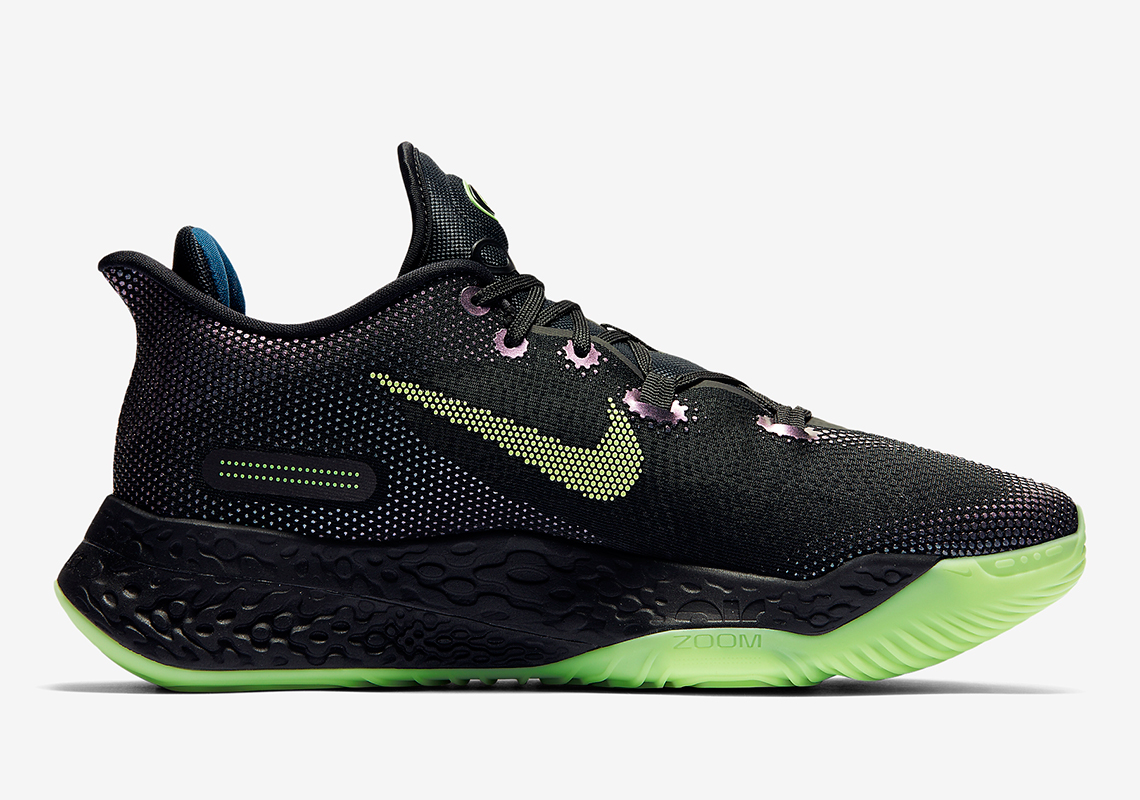 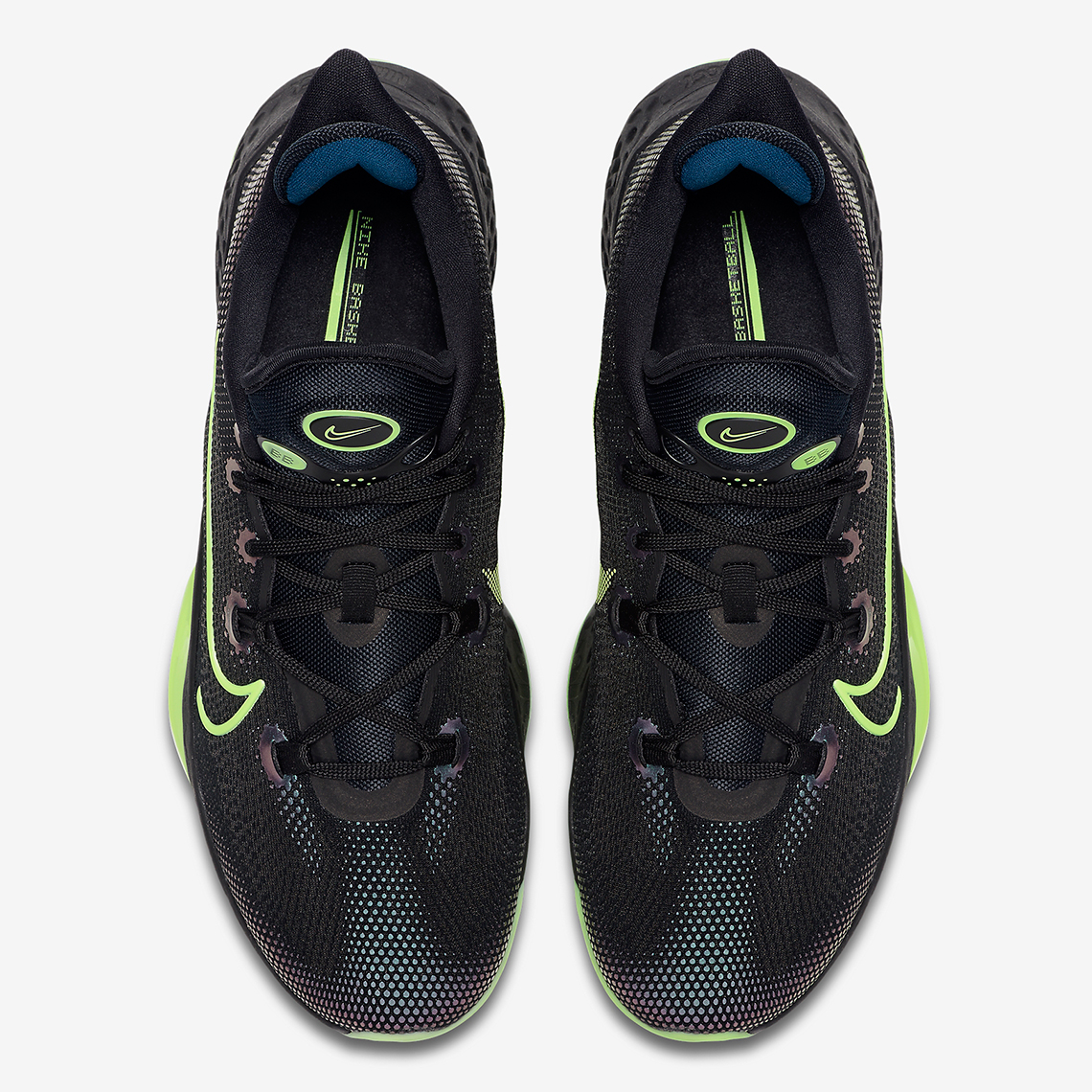 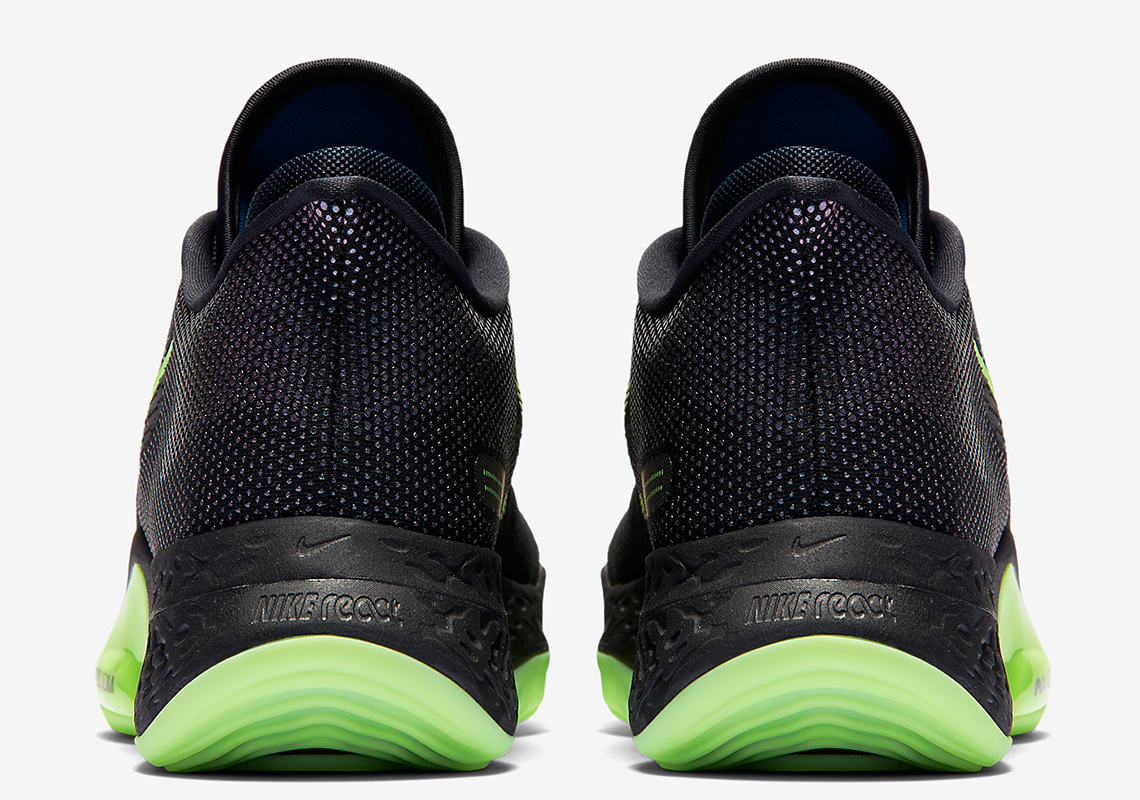 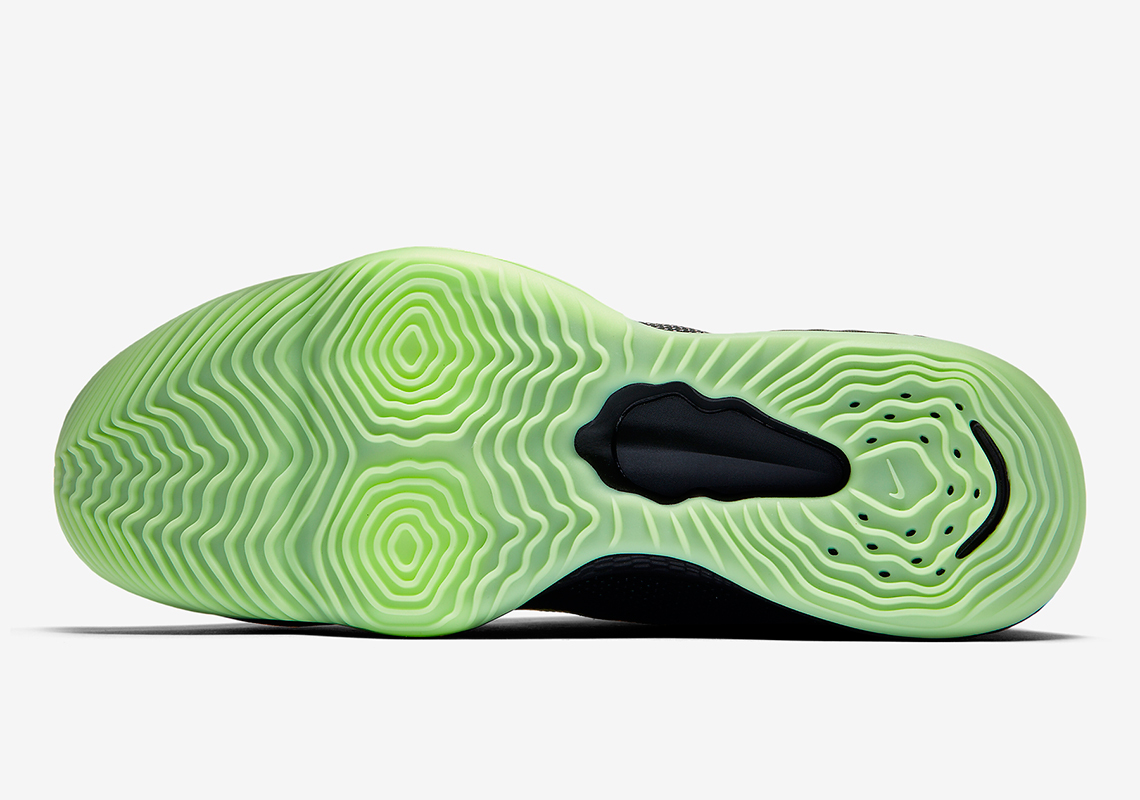 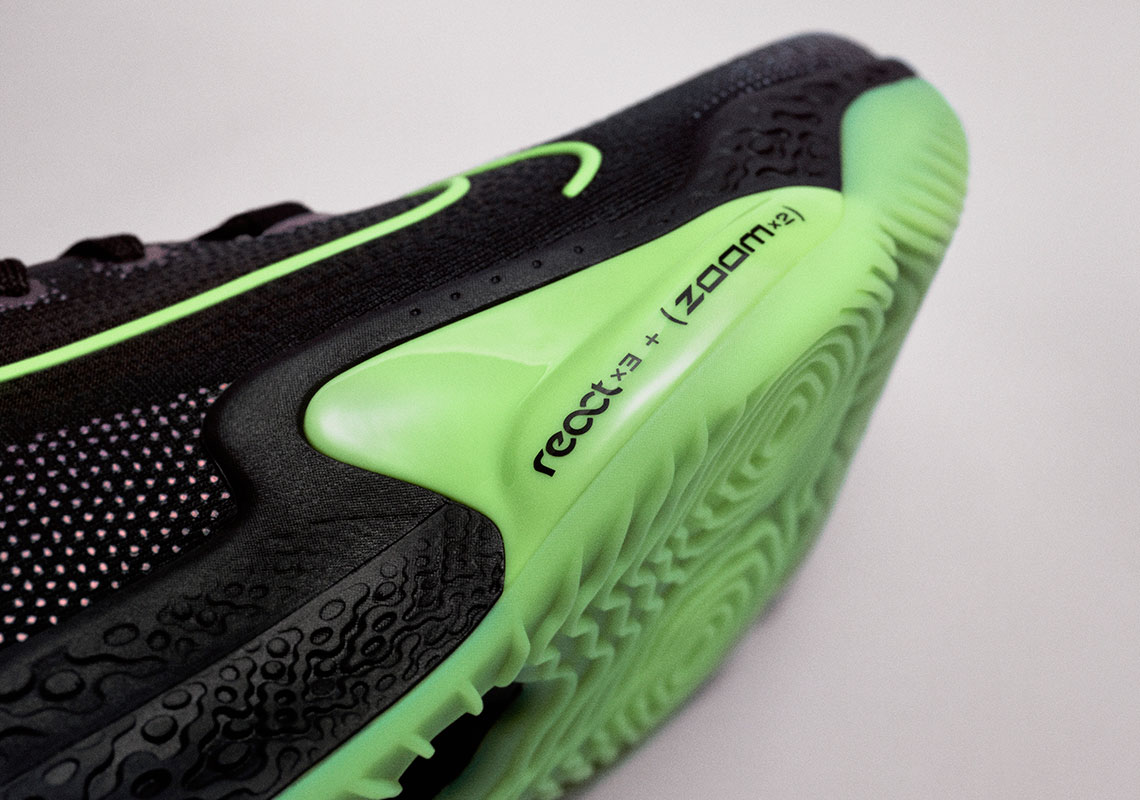 The upcoming Air Zoom BB ushers in a new chapter for Nike Basketball thanks to a potent cushioning system built with React foam and Zoom Air at the fore-foot. Expected to release on July 1st for $180, the Air Zoom BB will be available in standard lacing and Flyease format. Hit the link in our bio to see more.