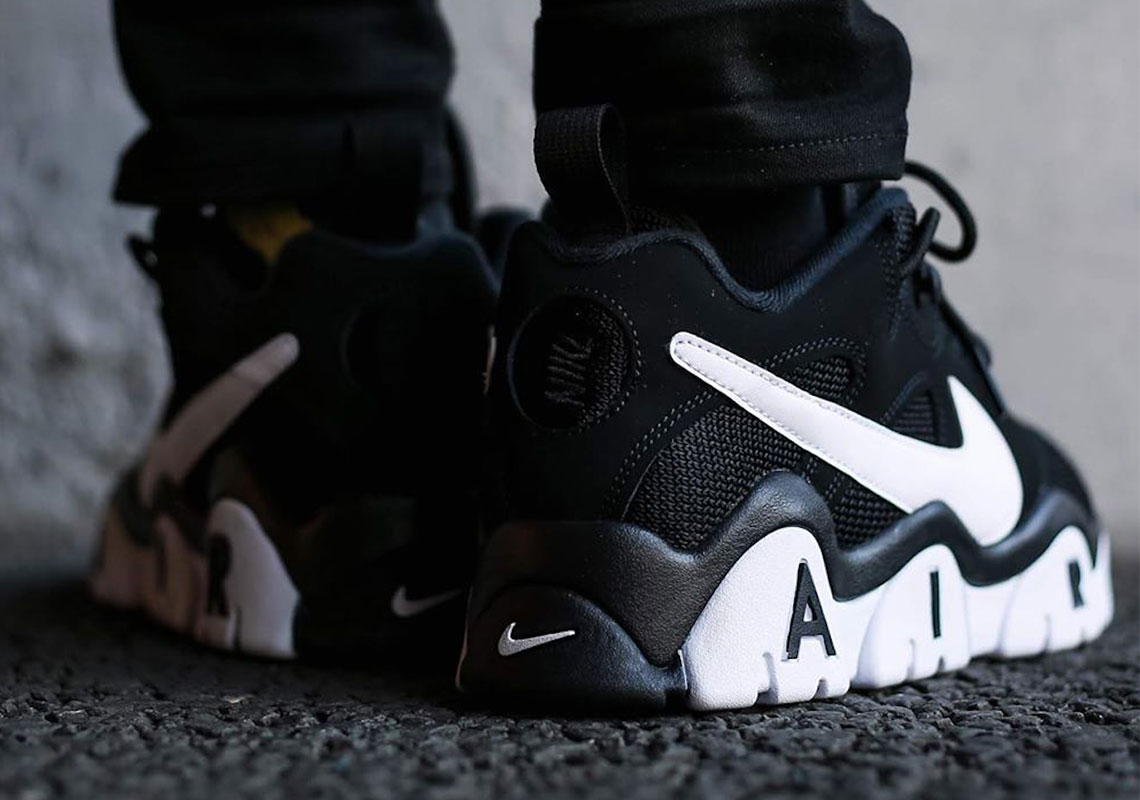 Worn by the likes of Marshall Faulk, the Nike Air Barrage line has enjoyed a rather quiet life since its ’90s heyday, but a handful of Air Barrage Mid releases, most recently a Super Bowl LIV edition, throughout the last year have given the trainer-turned-lifestyle sneaker some notable shine. Up until last month, however, the Air Barrage Low had been missing from the nostalgia-driven retros, but it seems poised to avoid history from repeating itself with a return in near-original black and white. While free of the midfoot Spat Strap found on its mid-cut counterpart, the shortest Air Barrage still features all the same performance and branding details that initially made it popular across turf fields and street corners; Mesh quarter-panels break up the mostly-nubuck upper, but join in the “Black” arrangement, while Swooshes on the toe, tongue, and midfoot provide visual contrast in white. Midsoles follow suit as they favor the colorless look, so much so that they even feature it in between the “AIR”-branded pods. By comparison, pairs from ’96 colored this detail black.

No stateside release information is yet known for this Air Barrage Low, but pairs are available now at select European retailers for €130 (approximately $143 USD). 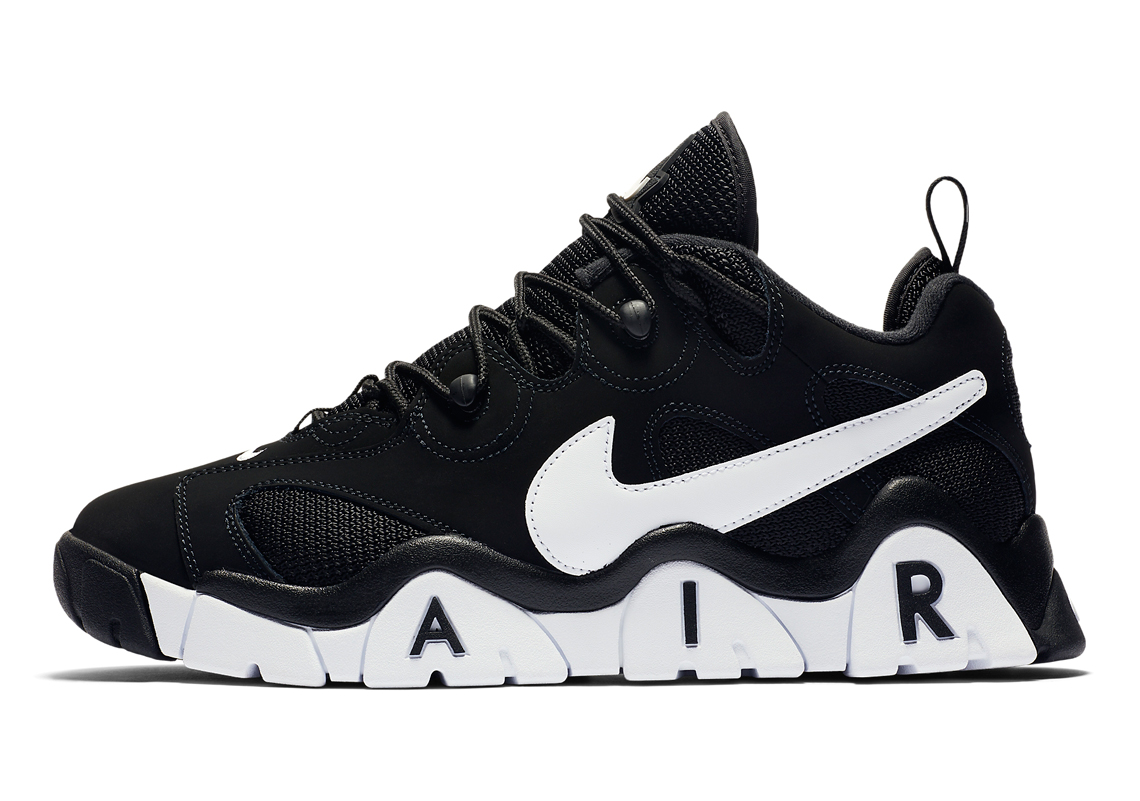 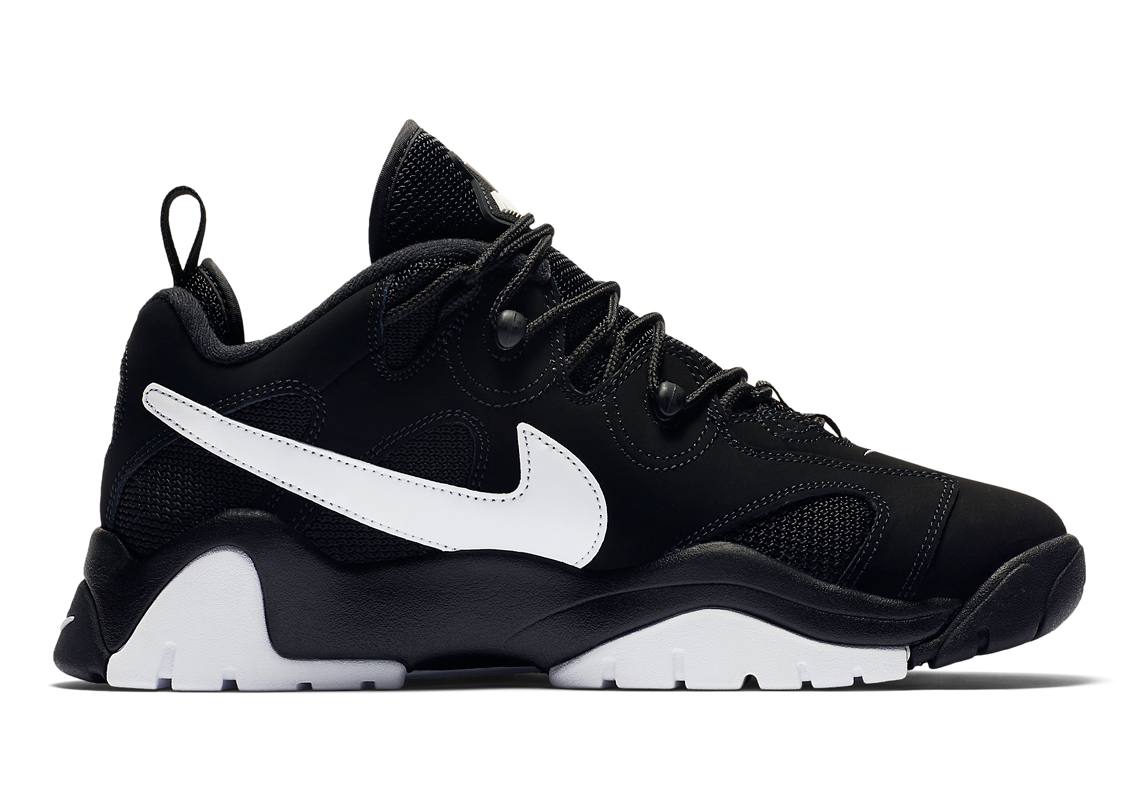 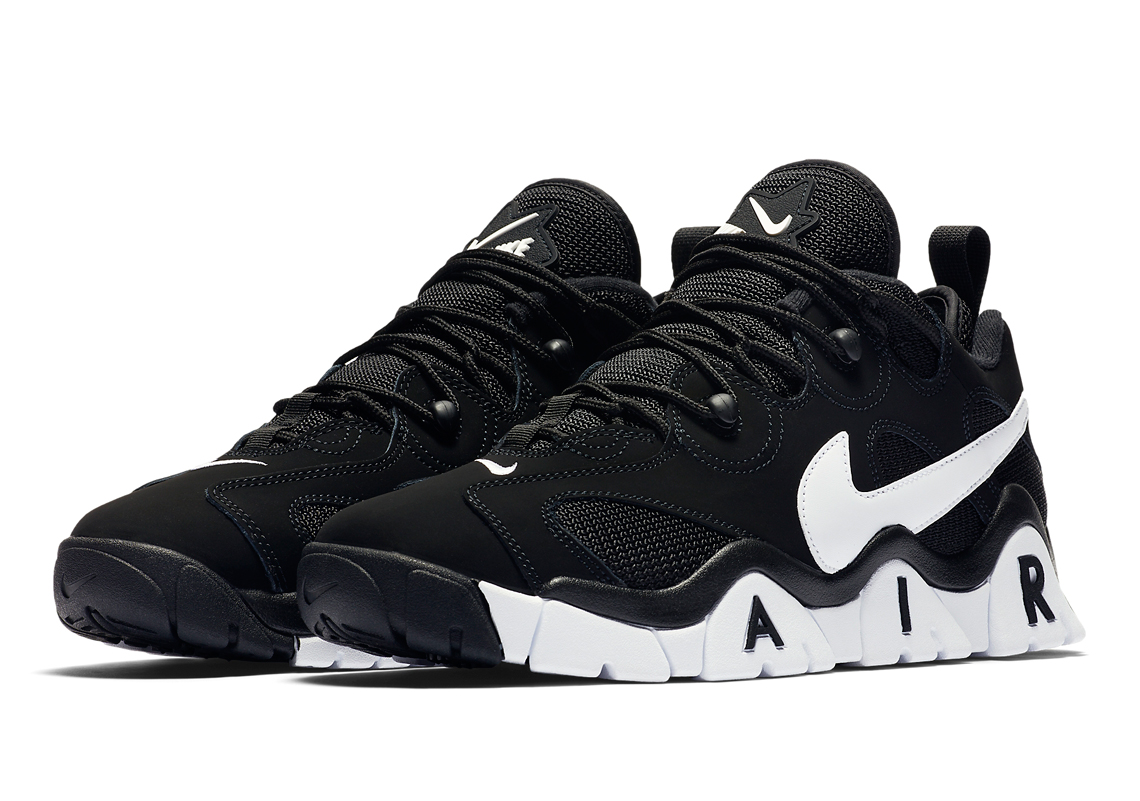 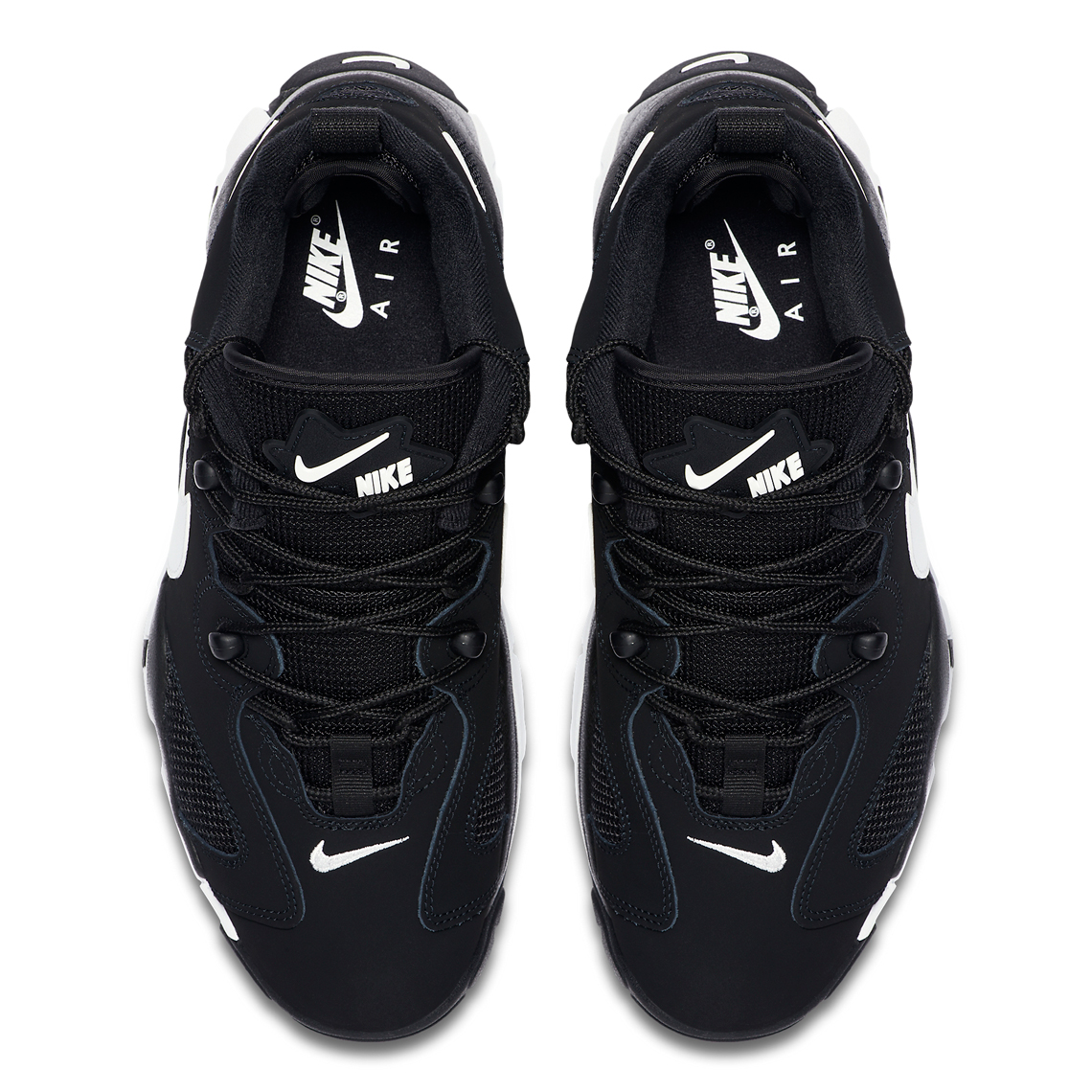 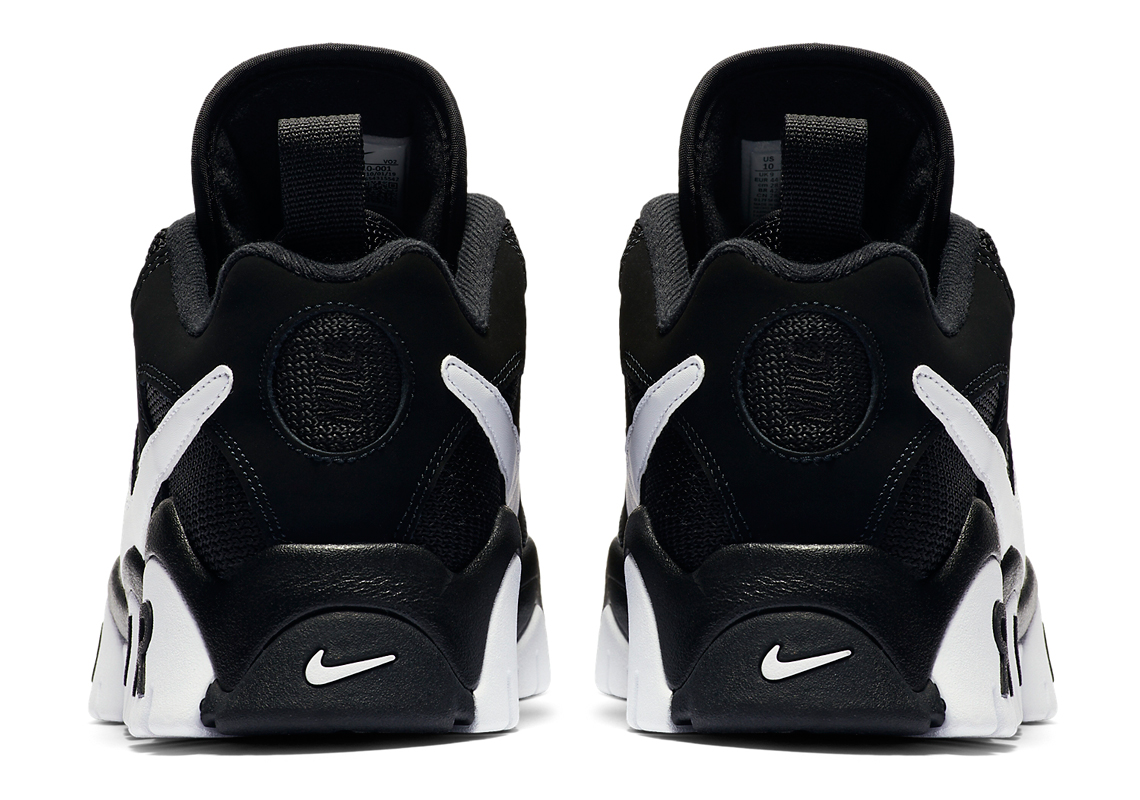 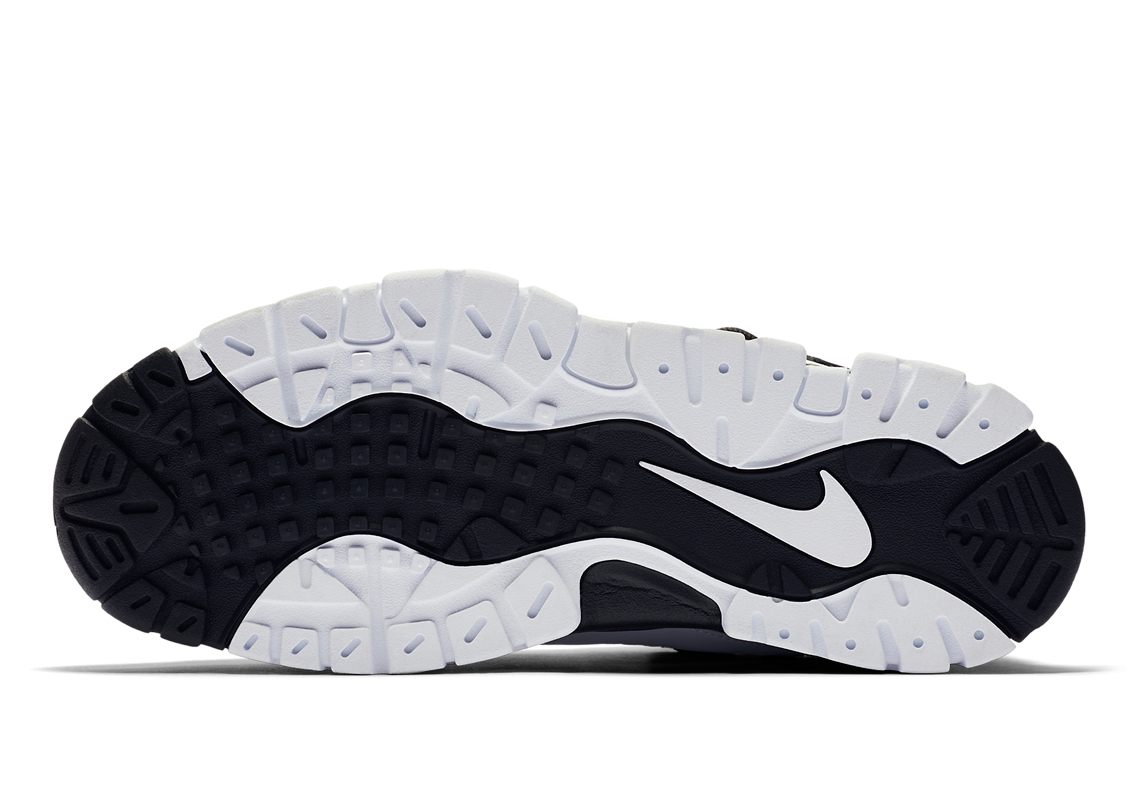