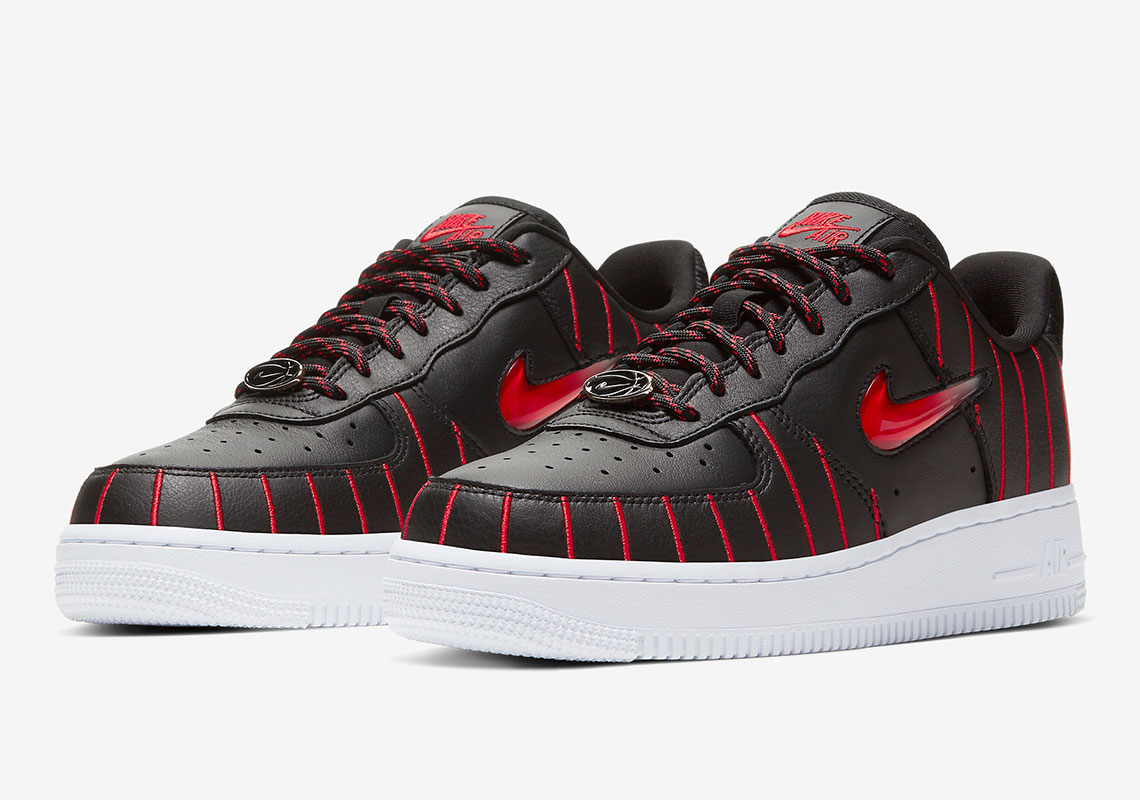 Always cleverly connecting dots between two seemingly unrelated events, Nike flexes its creative muscles with this women’s exclusive Air Force 1 Low Jewel dressed in black leather and red pinstripes. The Jewel Force 1 made its debut to the market in 1997, the same year the Chicago Bulls introduced their wildly sexy alternate uniforms of black with red pinstripes. Adding some elegance is the pony-hair heel-tab with the Nike Chicago logo, a golden lace dubrae with a Nike Basketball logo of that era, and a hangtag boasting a patch reminiscent of the left-side patches on authentic jerseys. On in the insoles are a series of motivational words laced with the Swoosh logo, while the chief emblem itself boasts a gradient from red to white. You can expect this women’s exclusive Air Force 1 during NBA All-Star Weekend in Chicago. 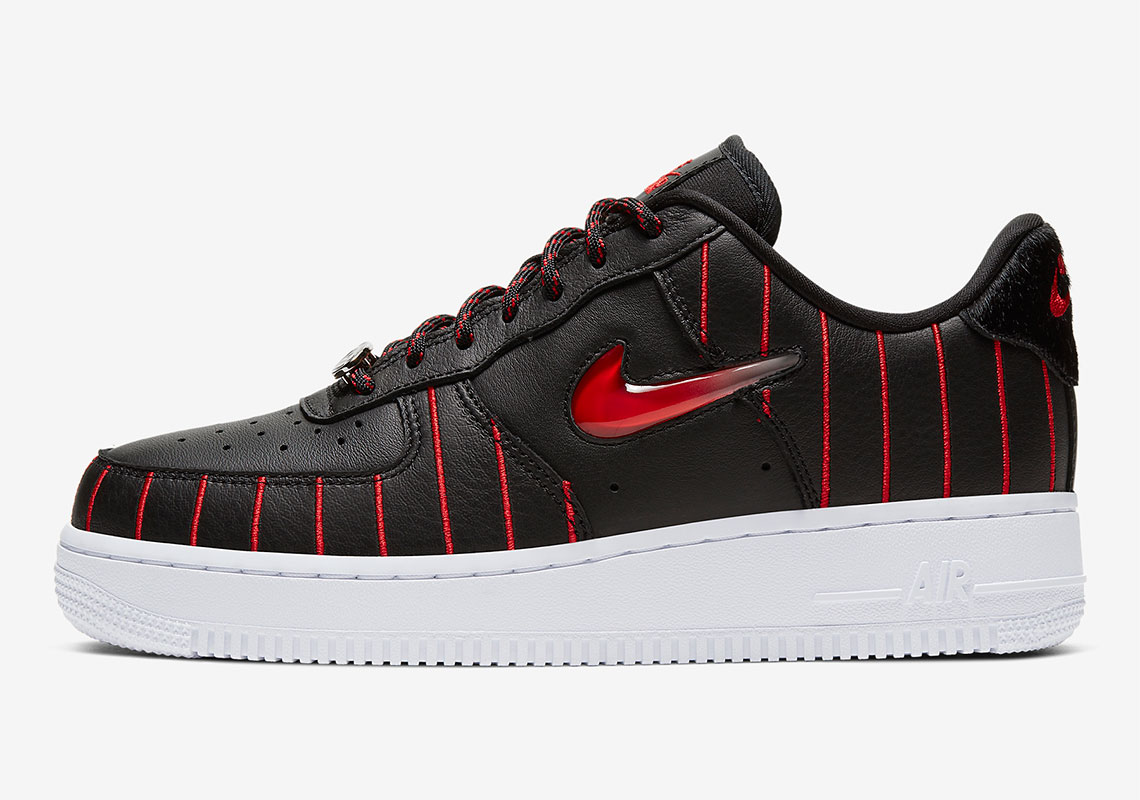 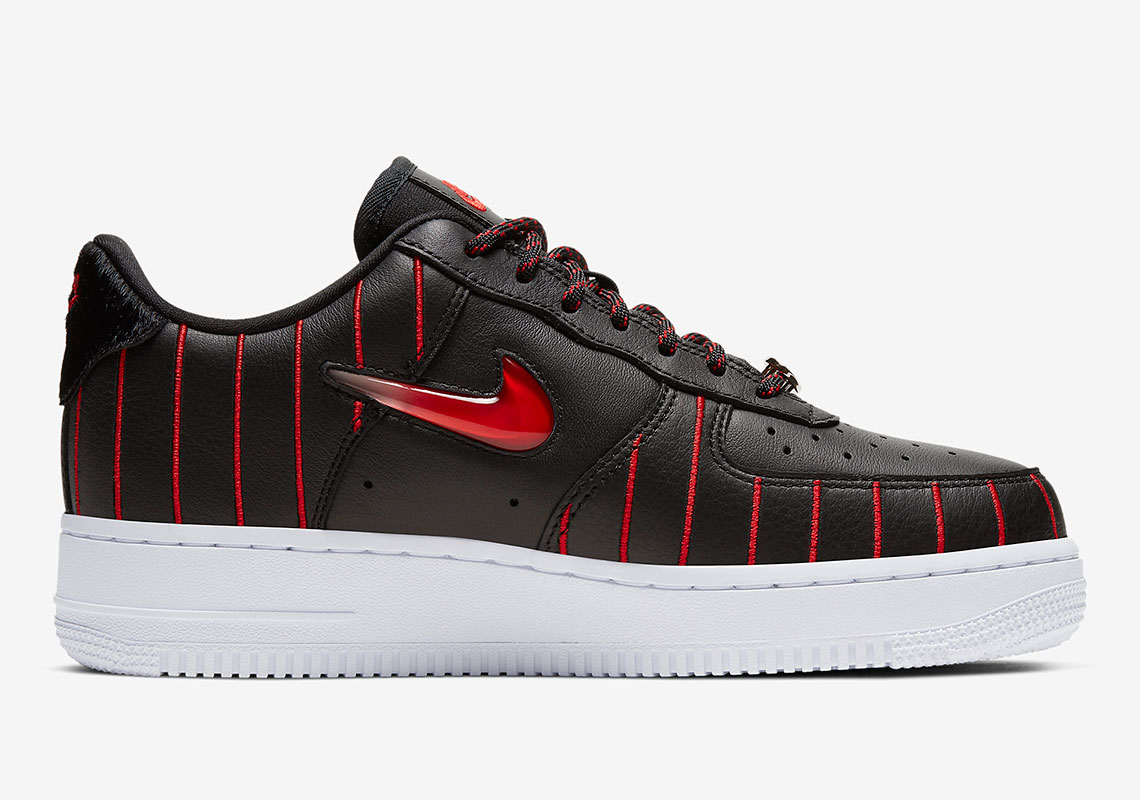 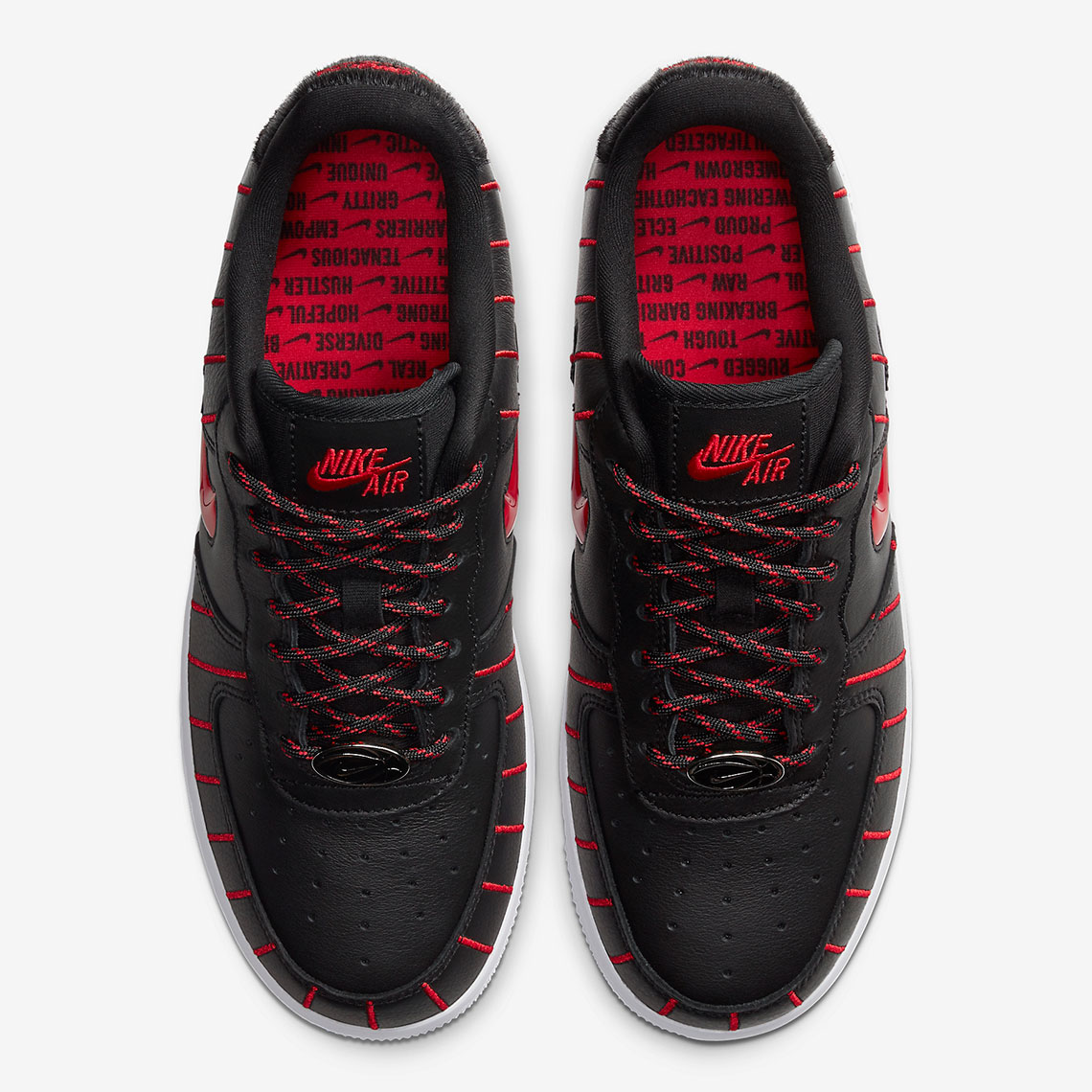 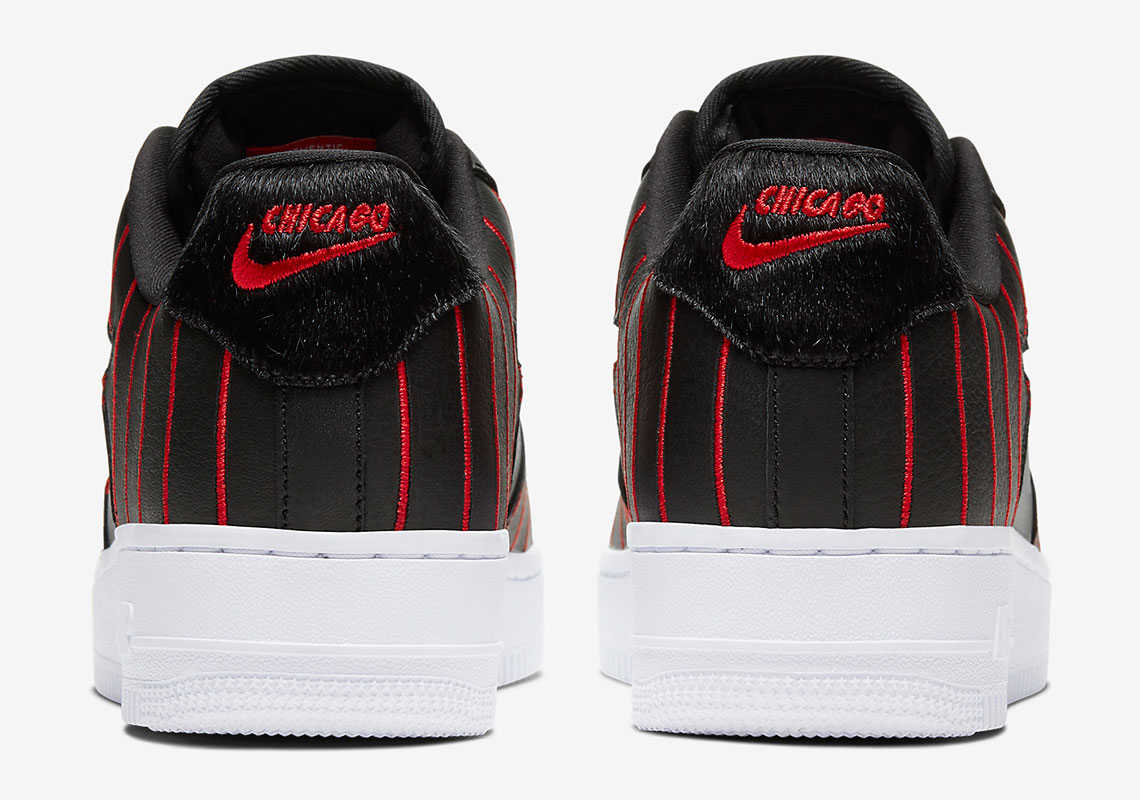 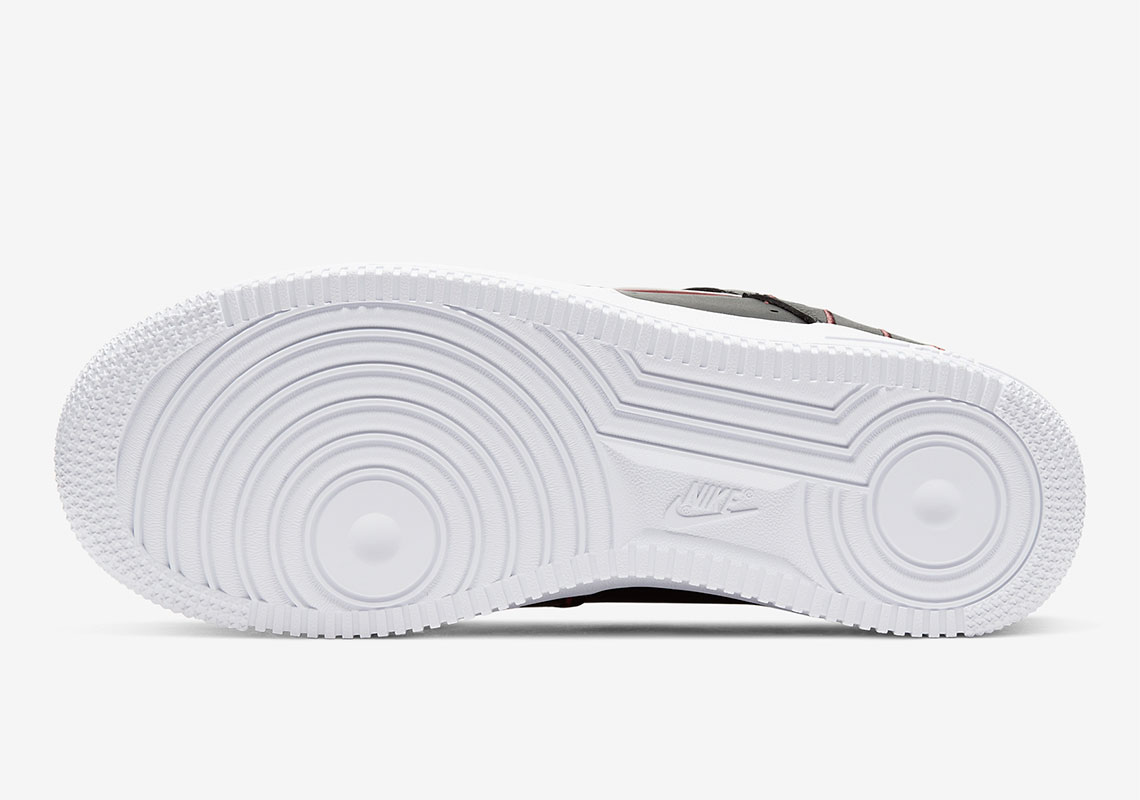