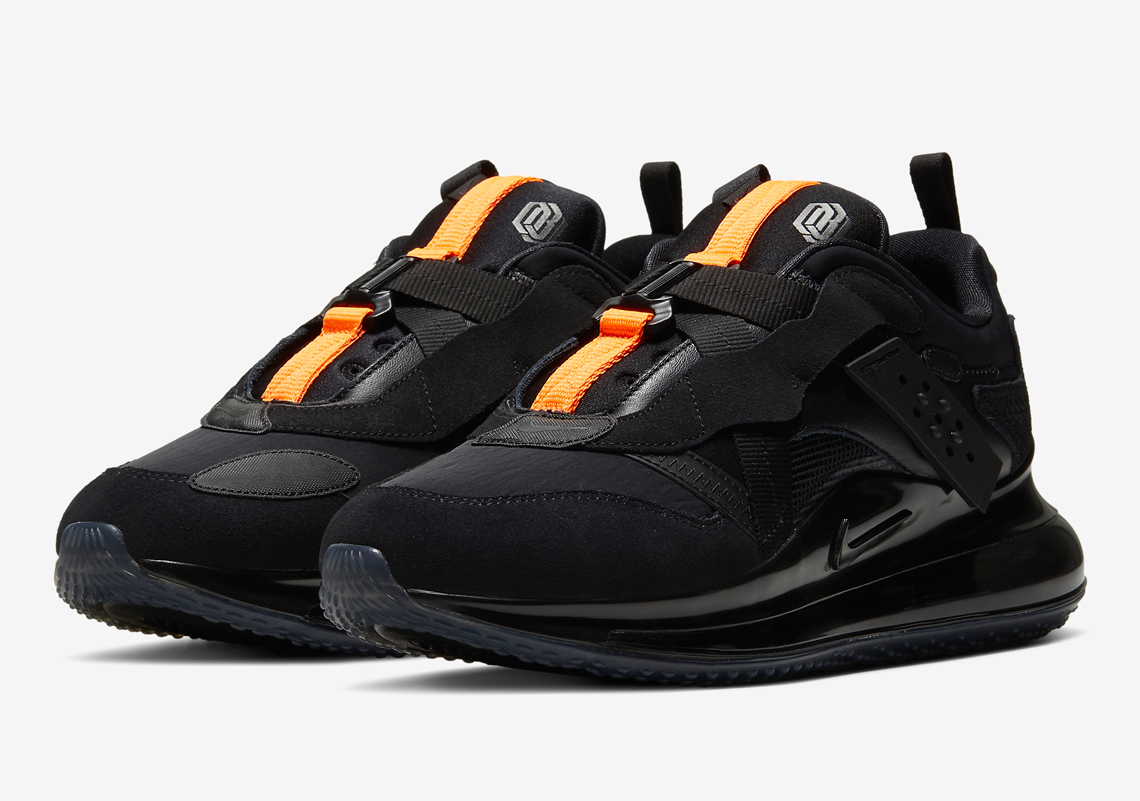 OBJ Has A Laceless Nike Air Max 720 On The Way

After dropping a colorful nod to his Alma Mater, OBJ had little in the way of sneaker releases, ostensibly waiting as Nike continues to workshop his modified Air Max 720, seen here as a slip-on. As the first release of the new decade, the model now offers up some well-needed utilitarian upgrades, accenting the general shape of the original with pieces that serve visuals as much as it does convenience. These, which take the form of fastened strips at the side or bright, neon webbing at the tongue, add ease-of-use to fastening as they take the spot of the traditional lacing system seen prior. Secured by way of strips stitched down along the construction, the metallic centerpiece extends outwards through the eyestay unto the medial as well as the lateral whose rubber molds snap down in tandem with the raised rivets. Elsewhere, the design is relatively sound in a range of black suedes and complementing synthetics. The entire sole unit as well as the overlaid pieces at the heel and forefoot match in close tonal proximity with little deviance from top to bottom. Grab a detailed look at this newest OBJ x Air Max 720 Slip here and expect to see a release later this month on February 21st. 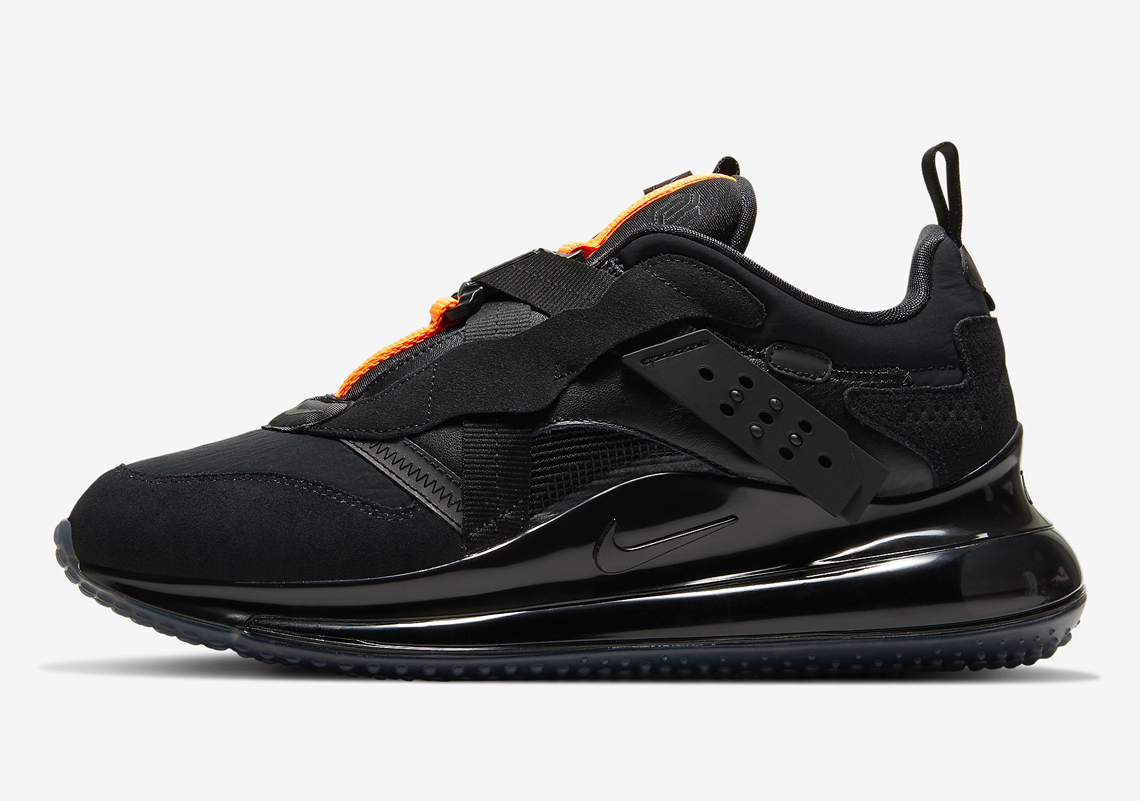 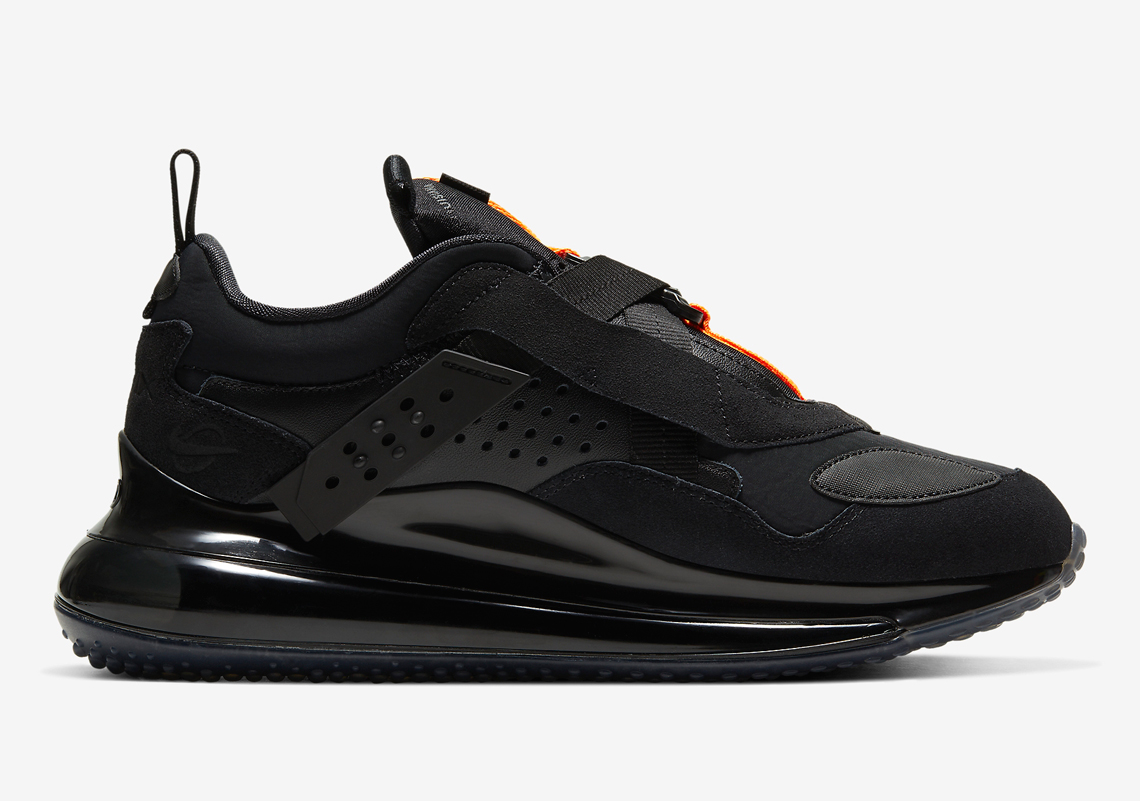 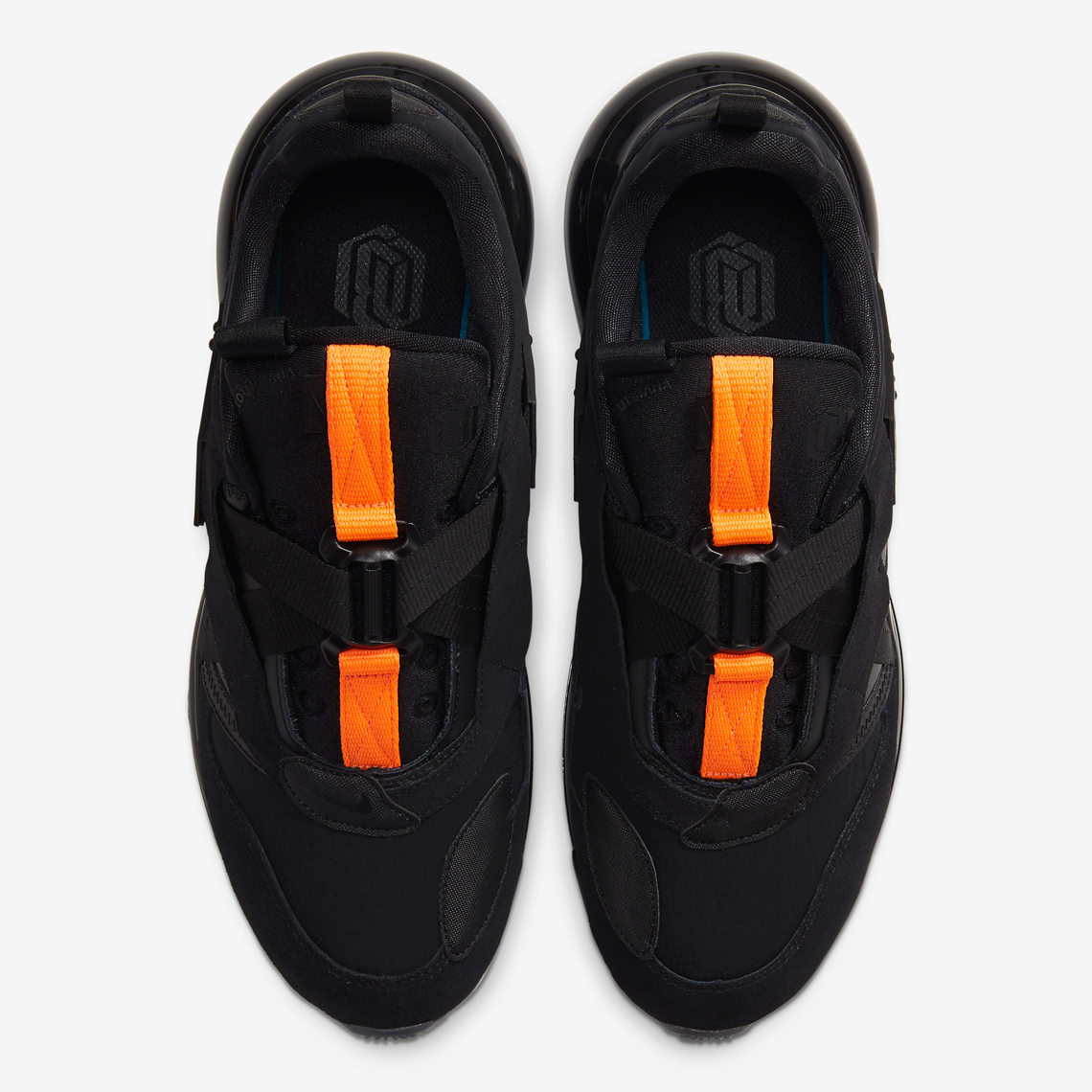 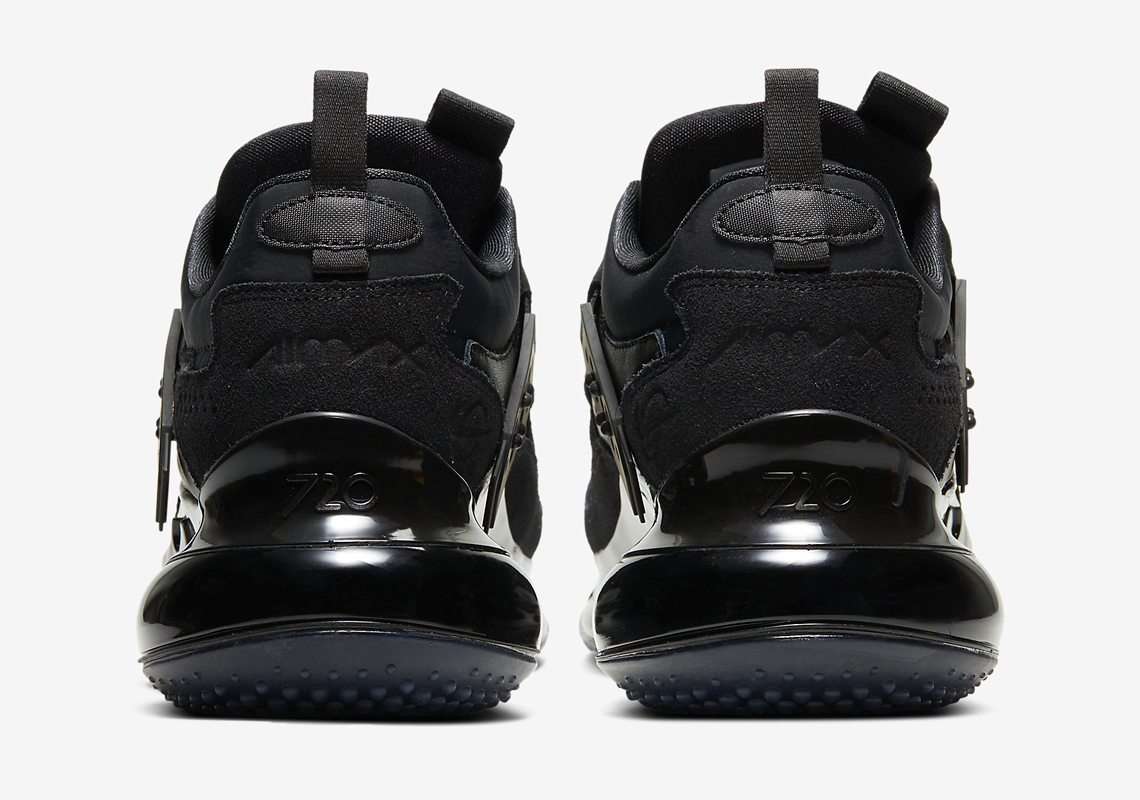 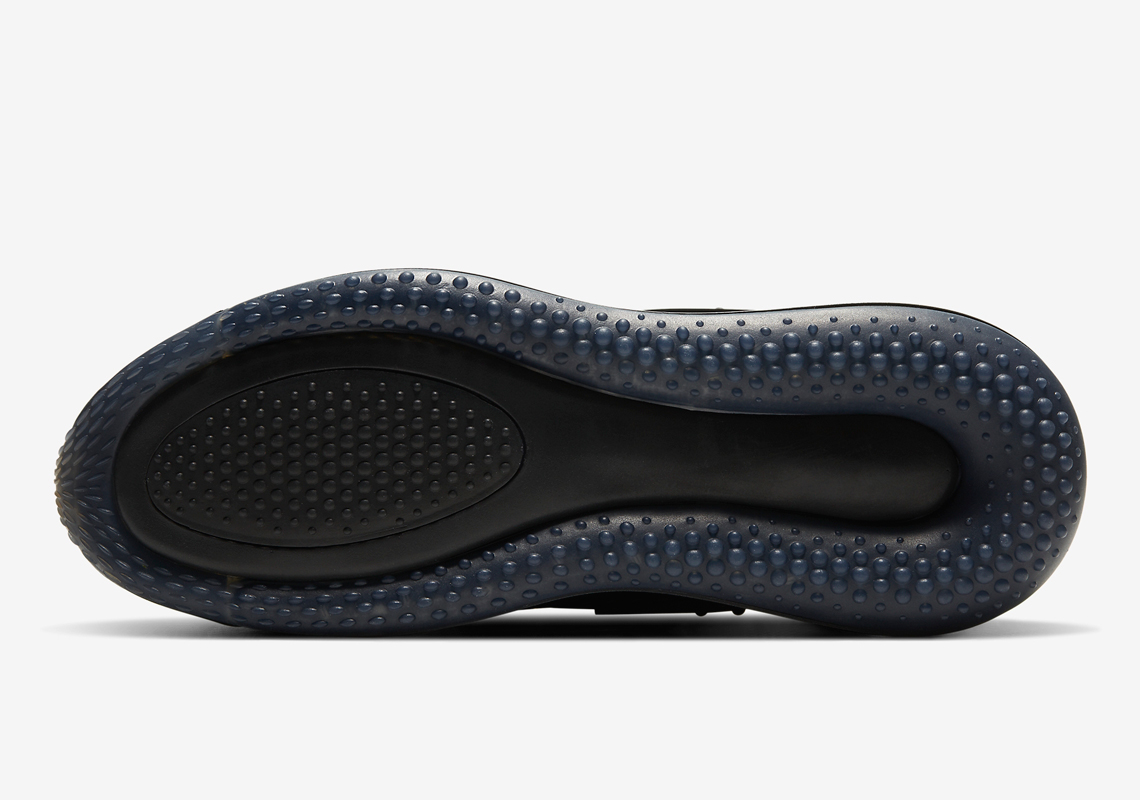