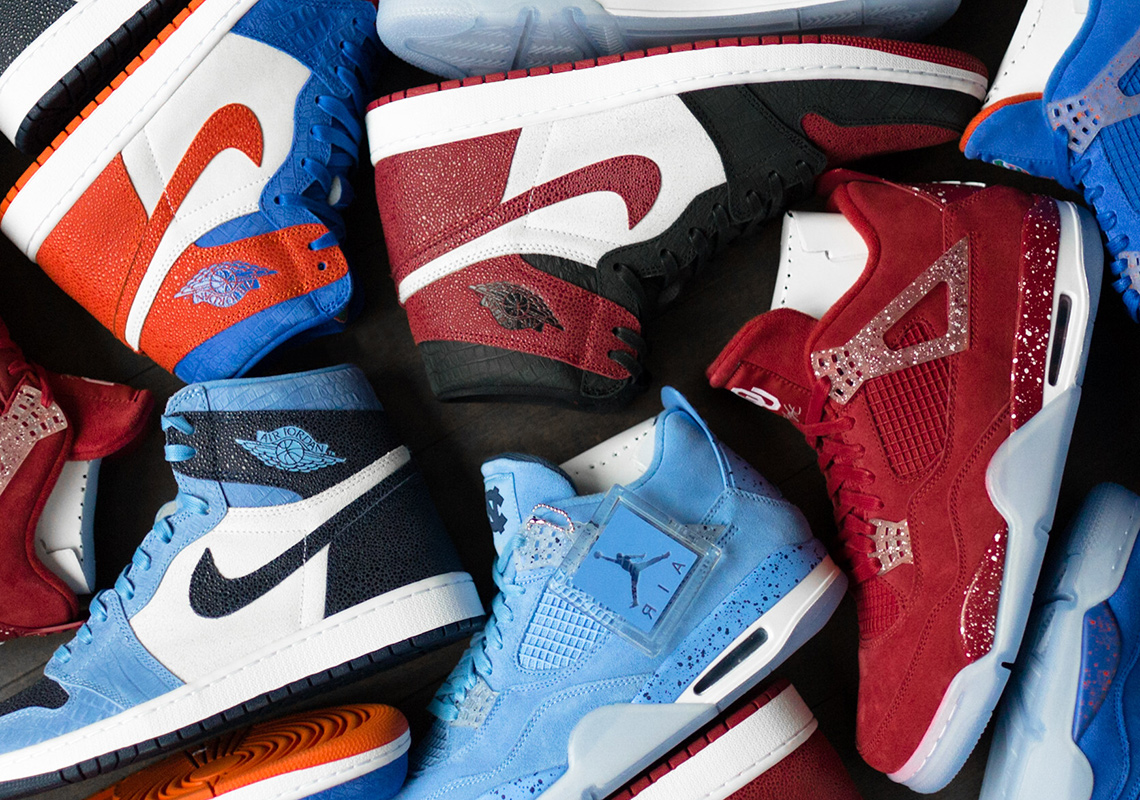 Up Close With The Air Jordan 1 And Air Jordan 4 PEs For UNC, Florida, And Oklahoma

From UNC to Gainesville, Florida, Jordan Brand’s family of schools stretches far and wide, each making waves not only in sports but also their continuously growing roster of PEs. We’ve seen quite a few prior — mostly atop the coveted Air Jordan 1 — though thanks to some detailed images from @englishsole, we’re able to catch a more detailed glimpse at the aforementioned as well as the accompanying Air Jordan 4. The latter, connected in its core suede constructions, only switches up colors and banding as it navigates from one campus to another: the University of Oklahoma brandishes with sultry burgundy, North Carolina their signature shade of blue, and the Gators a bleeding of blue and orange. Their AJ1 alternates, however, seem to be much more involved texturally with each outfitting in a fabrication seemingly reptilian in its likeness. This makes the most sense for UF’s set as Gators are their mascot of choice, but those adjacent use it as more of a stylish treatment with team pride in tow. Grab a look at the entire range right here. 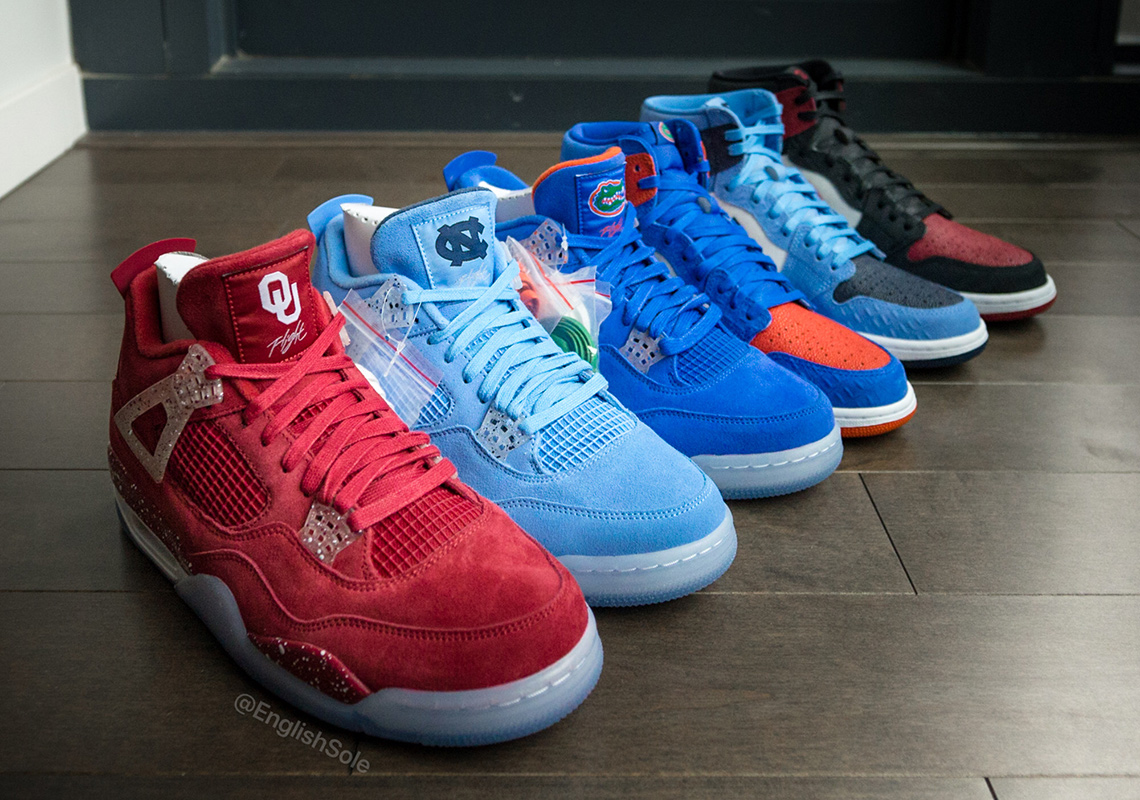 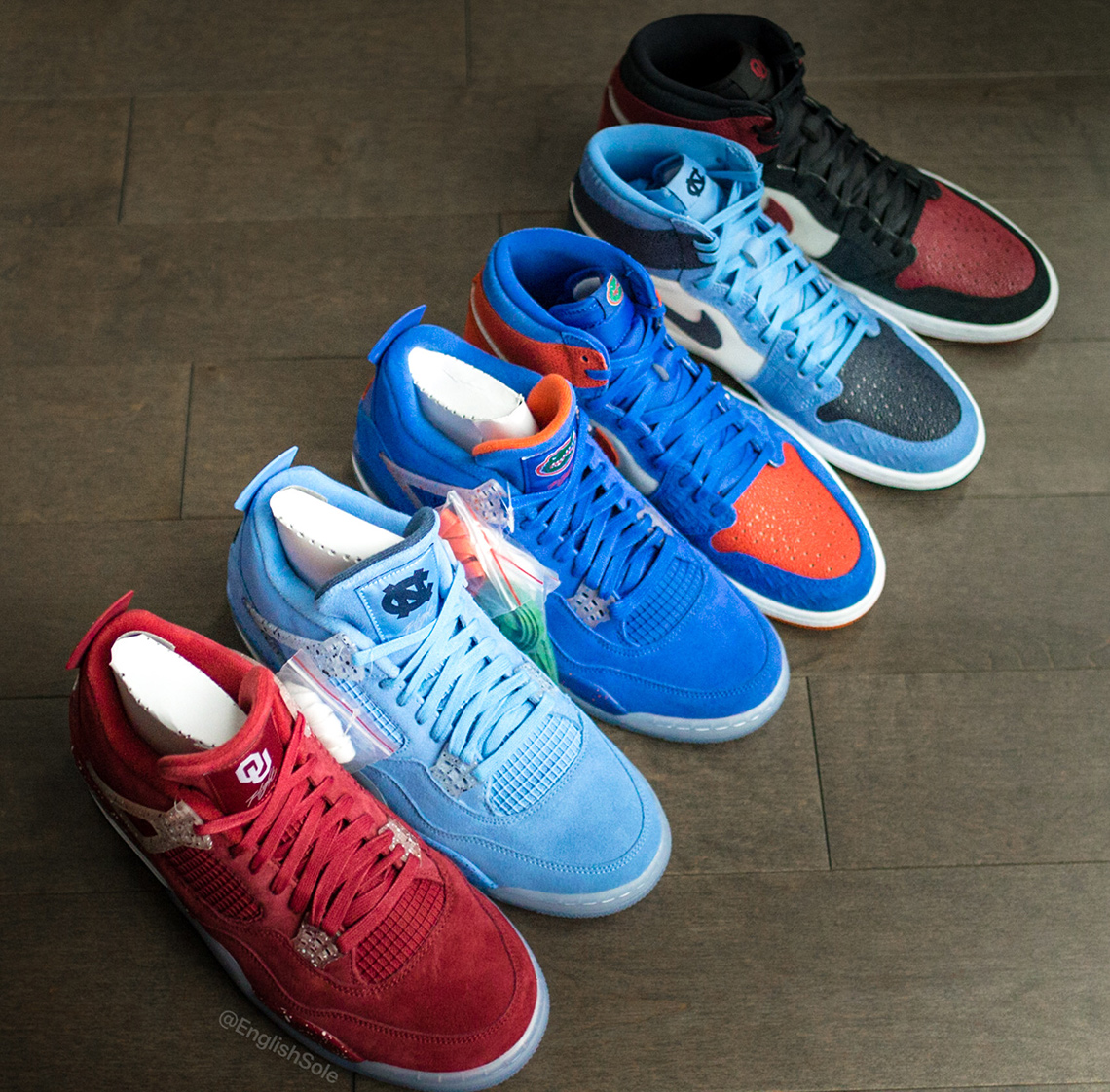 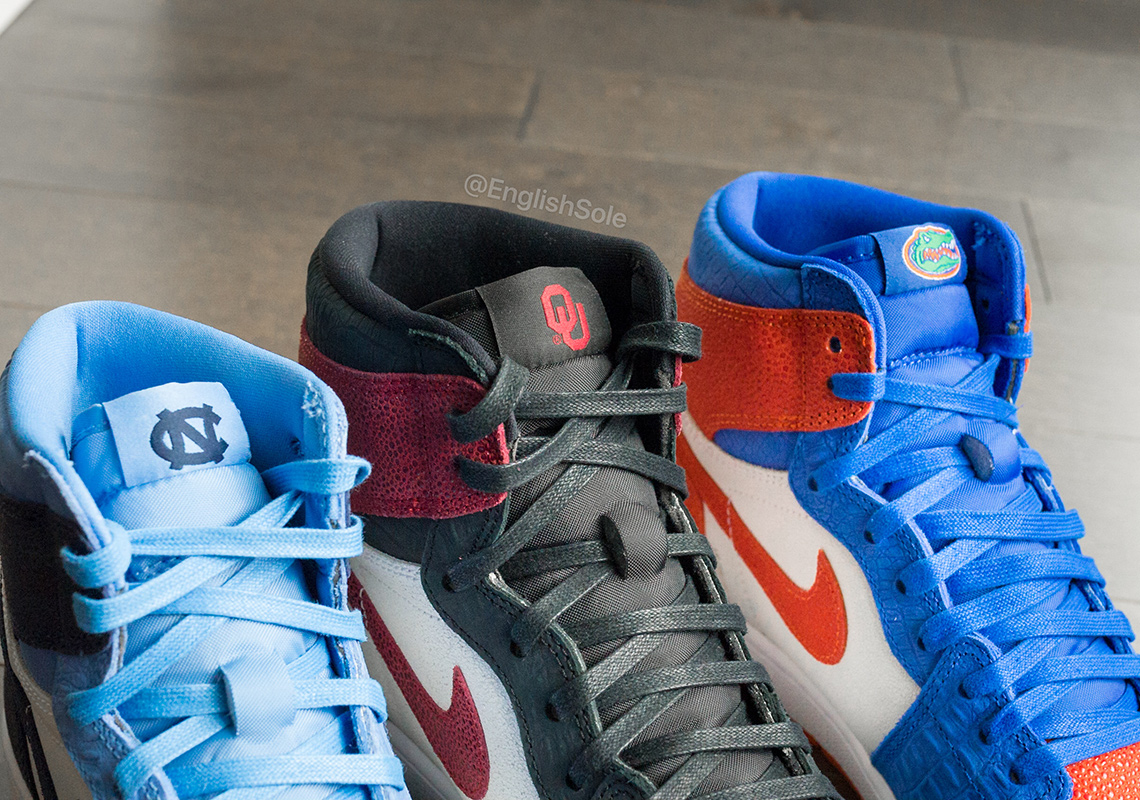 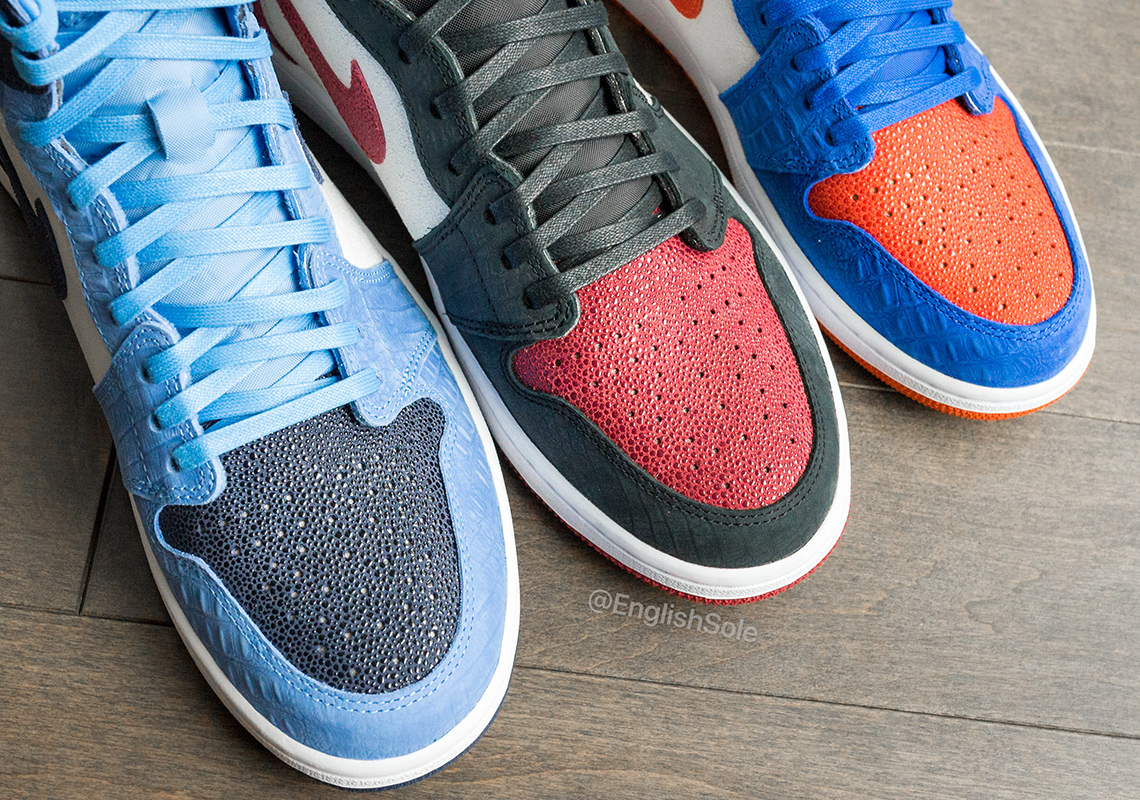 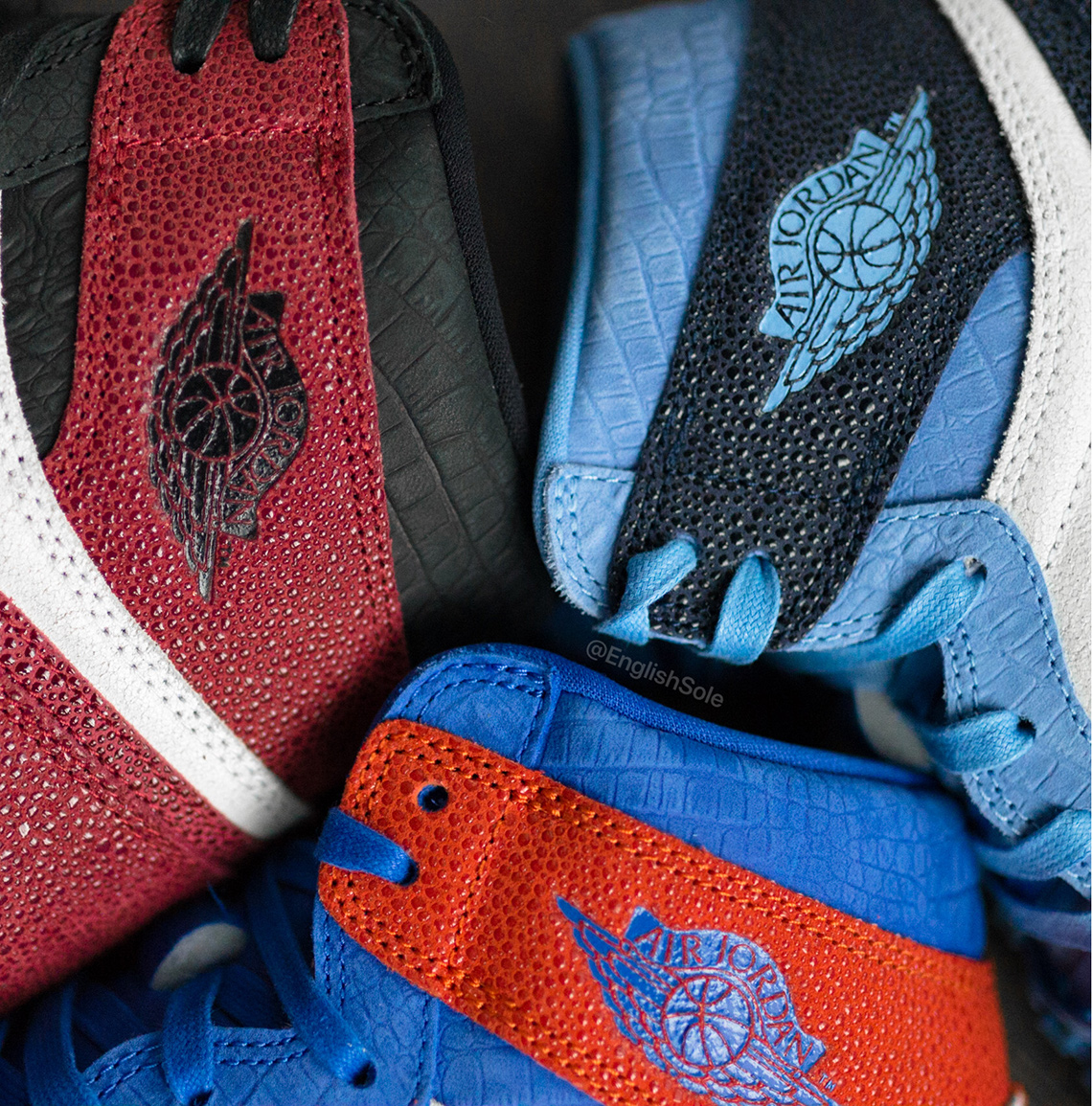