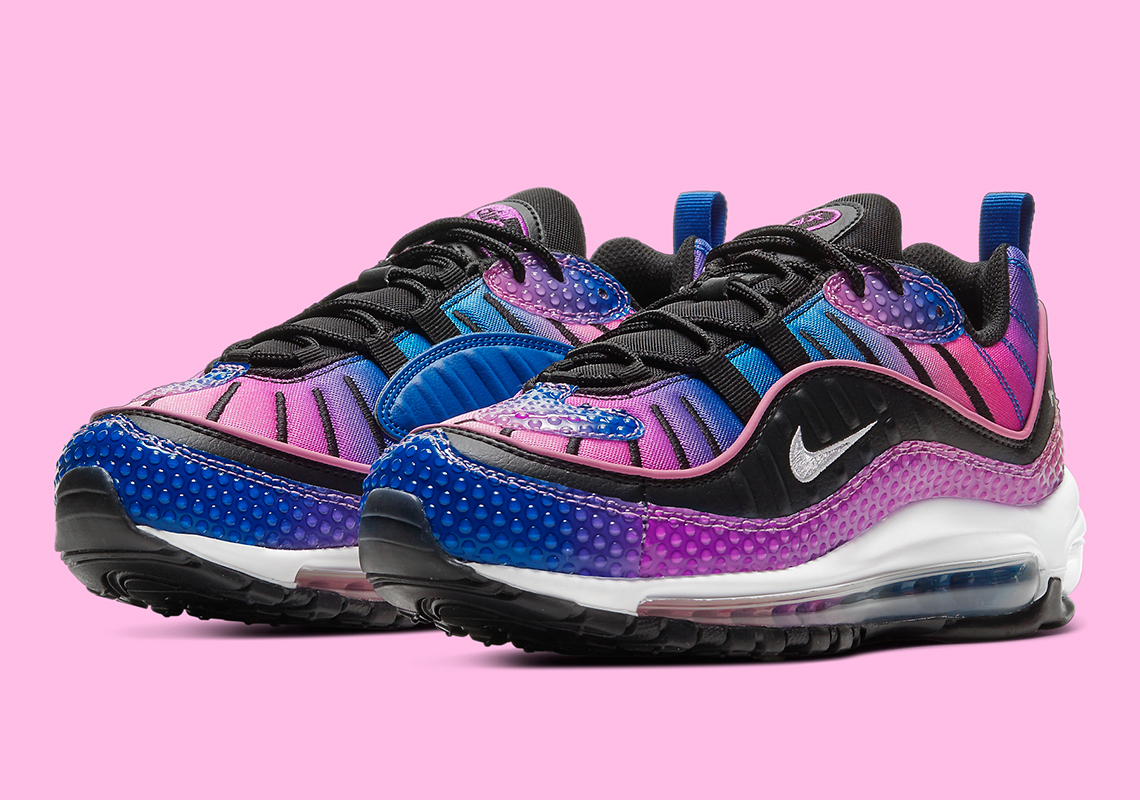 Every year the Swoosh chooses several themes to supply a range of their staple footwear models with. This has occurred via all-over patterns that we’ve previously seen in Nike’s “Just Do It” collections, or even graphic decorations on their “Script Swoosh” Packs. However, for this early stage of the new year, Beaverton has decided to introduce new bubble wrappings thematics that focus more so on textural modifications. Already seen bouncing around to multiple Sportswear silhouettes such as the Air Max 90, Air Max 720, and Air Max 270 React, the new details are now navigating their way to this latest makeover of the Air Max 98.

One thing that we’ve noticed is that the volume in which the accents are utilized have varied from model to model, and this newest offering certainly seems to be one that uses them in more copious fashion. A plethora of bubbly textures wrap the entire mudguards regions, followed by further applications to the forefoot overlays and panels closest to the ankles. The same vibrant gradience of blue to pink tones used on the aforementioned offerings have also been adopted, but in addition to using its transitional features on the upper, it is also supplied to the full-length Air unit. Grab a closer look at the pair here ahead, and be on the lookout for them to be releasing soon on Nike.com. 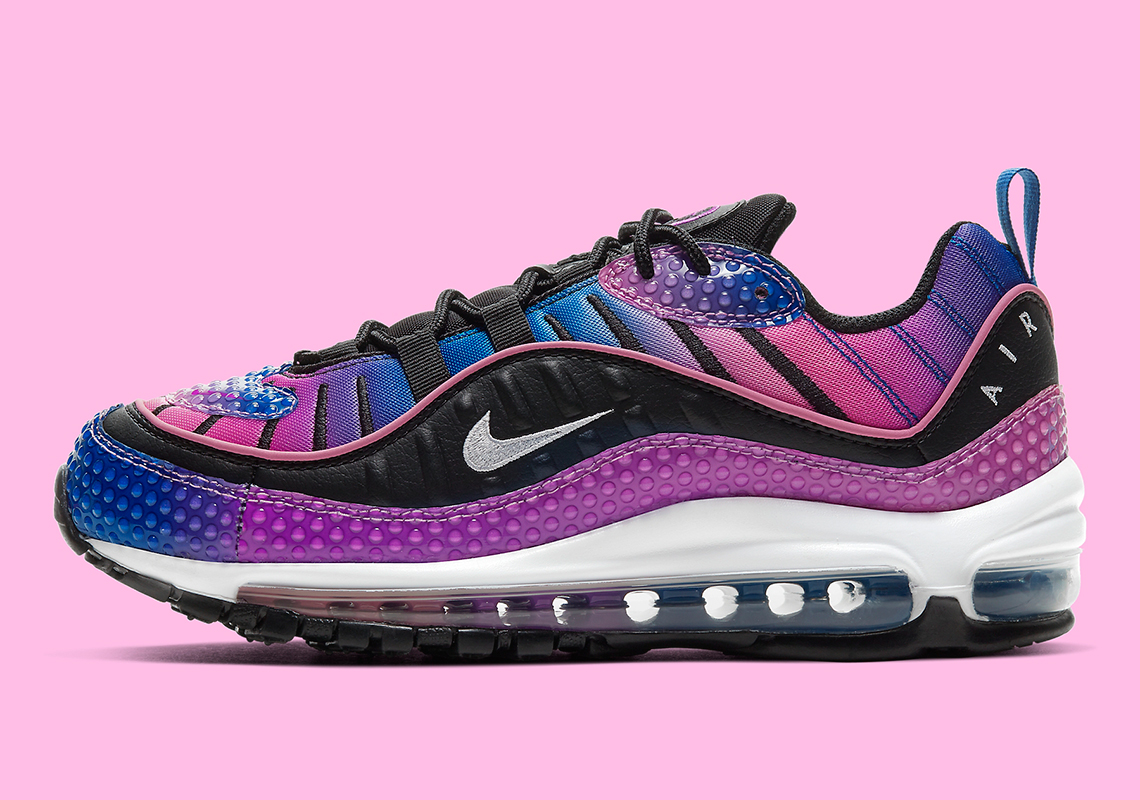 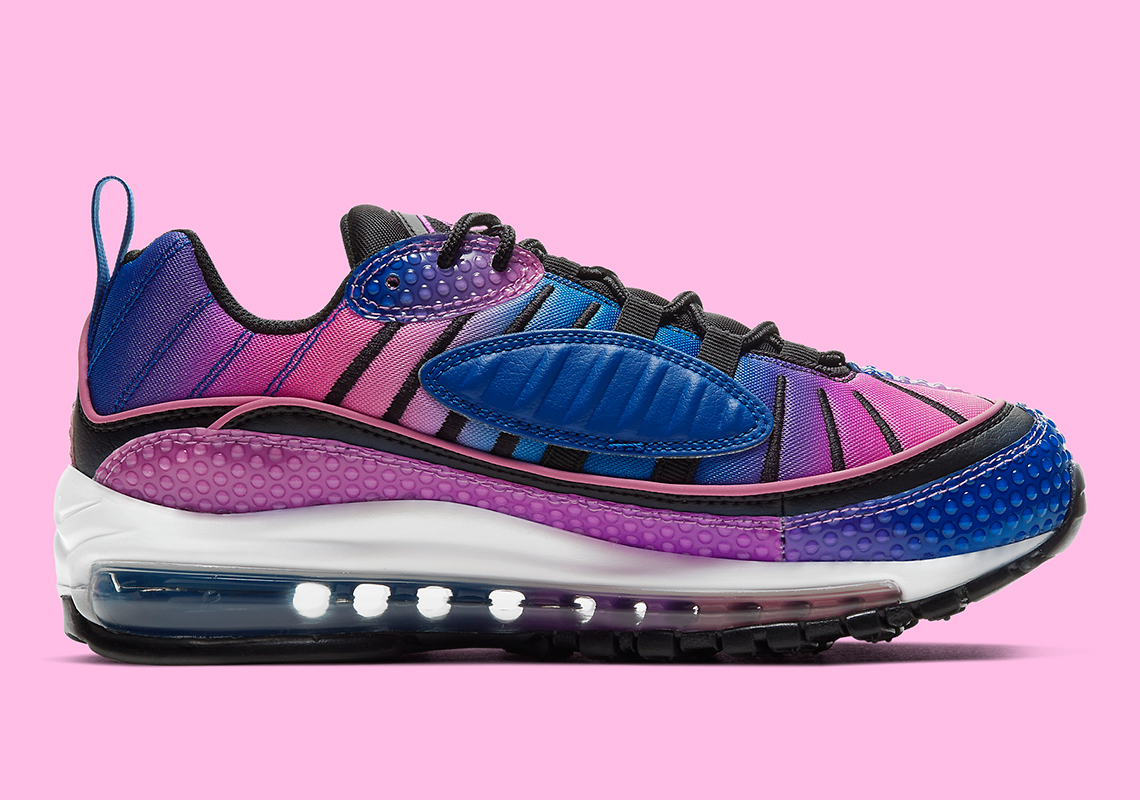 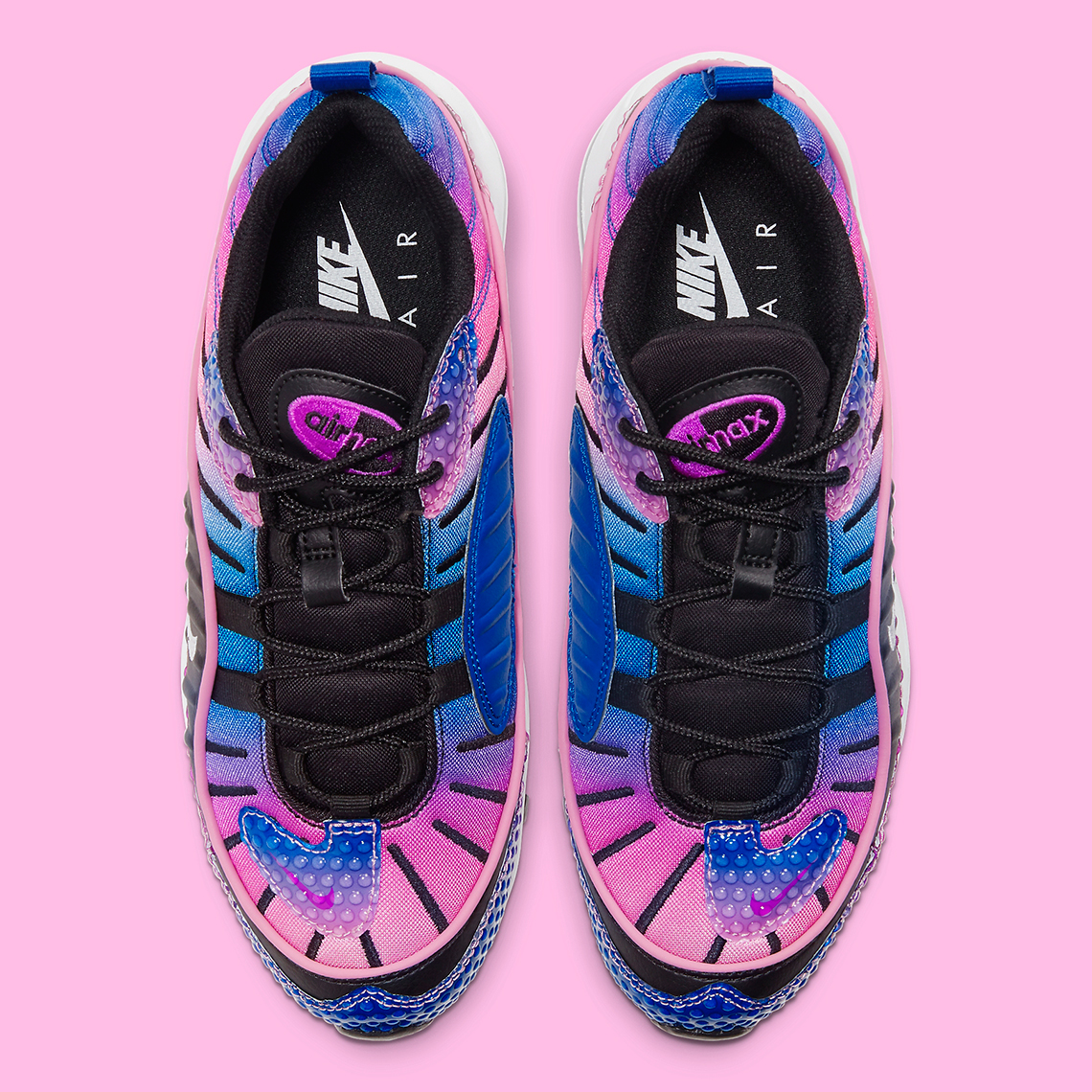 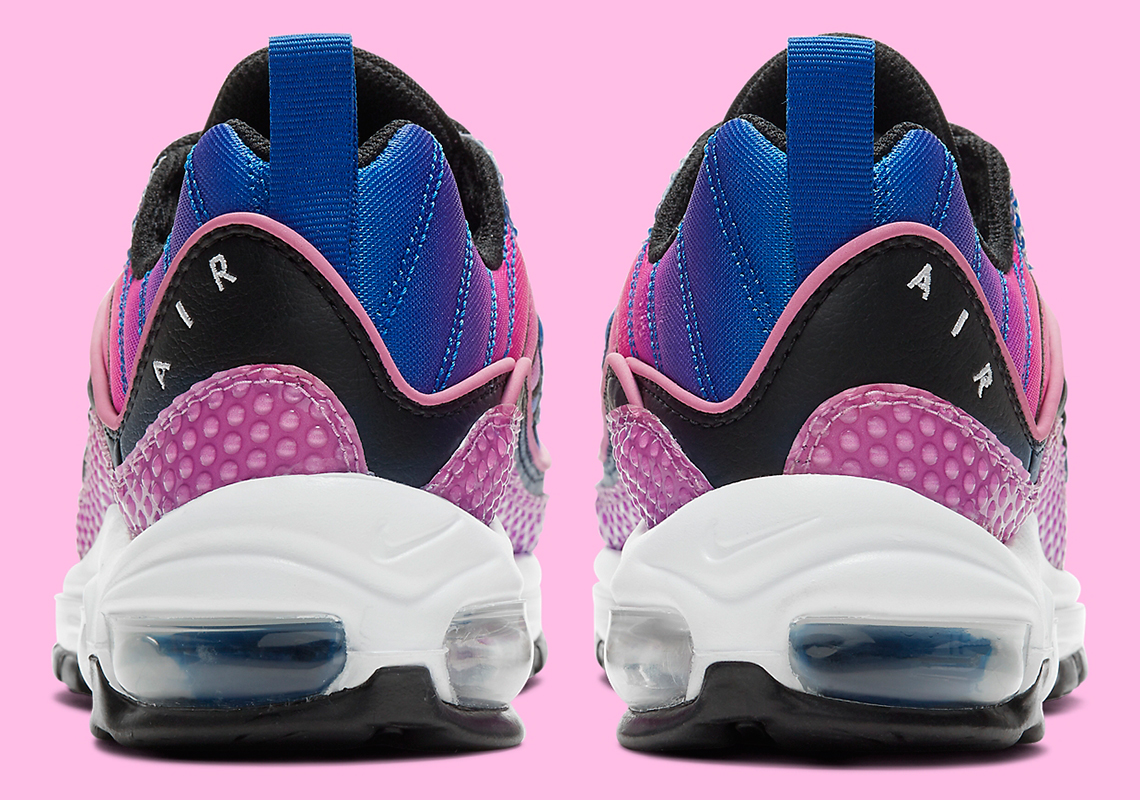 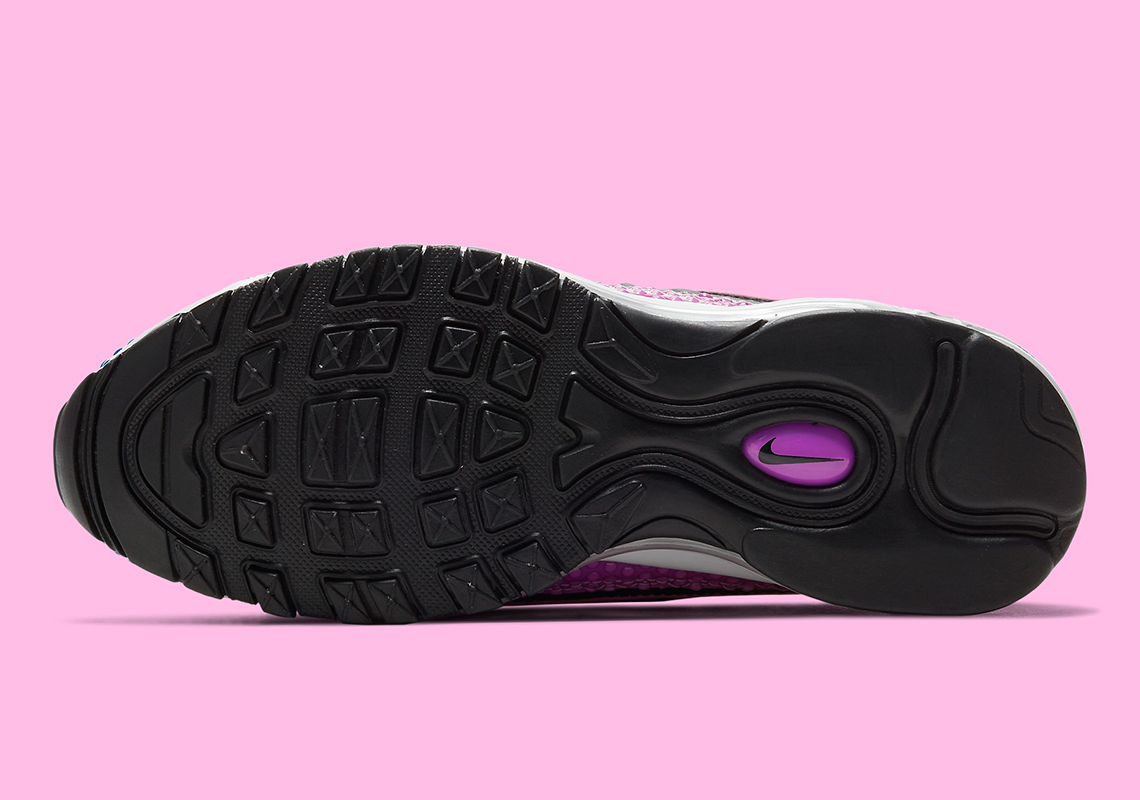