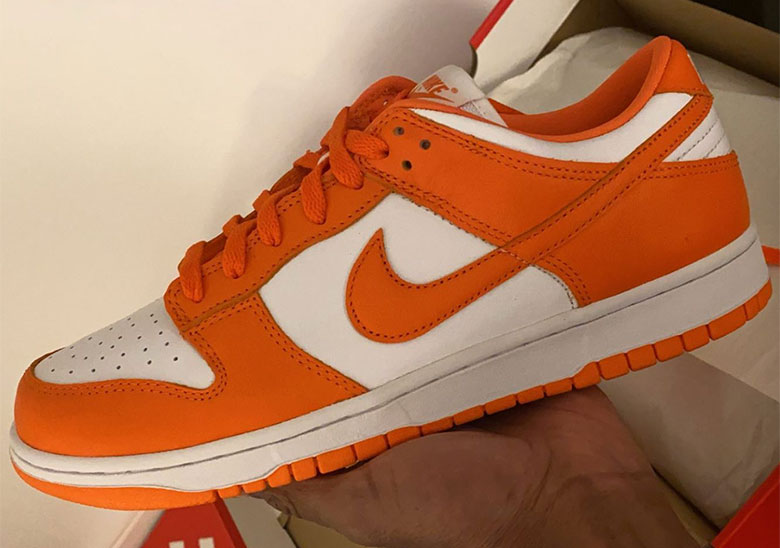 The resurgence of the Dunk is two years in the making, and in 2020 the brand has major plans of rolling out the classic basketball shoe in various forms. Whether it be a highly limited collaboration in the fat-tongued SB form or a re-issue of a former Japan-only release, Nike’s selection of Dunks will be ever so scrutinized as to not disrupt the natural hype that’s been growing around the silhouette. Don C just revealed on Instagram Stories a first look at an upcoming orange/white Dunk Low, which all but confirms a comeback of the unforgettable Be True colors from the model’s original run. As recently as 2016, Nike did in fact re-release a bulk of the college colorways in Quickstrike form, although the 2020 drops won’t even come close to appearing at an outlet store like the Highs did. Stay tuned for more updates on the Nike Dunk front as more potential colorways will likely drop in the months leading up to the Summer.