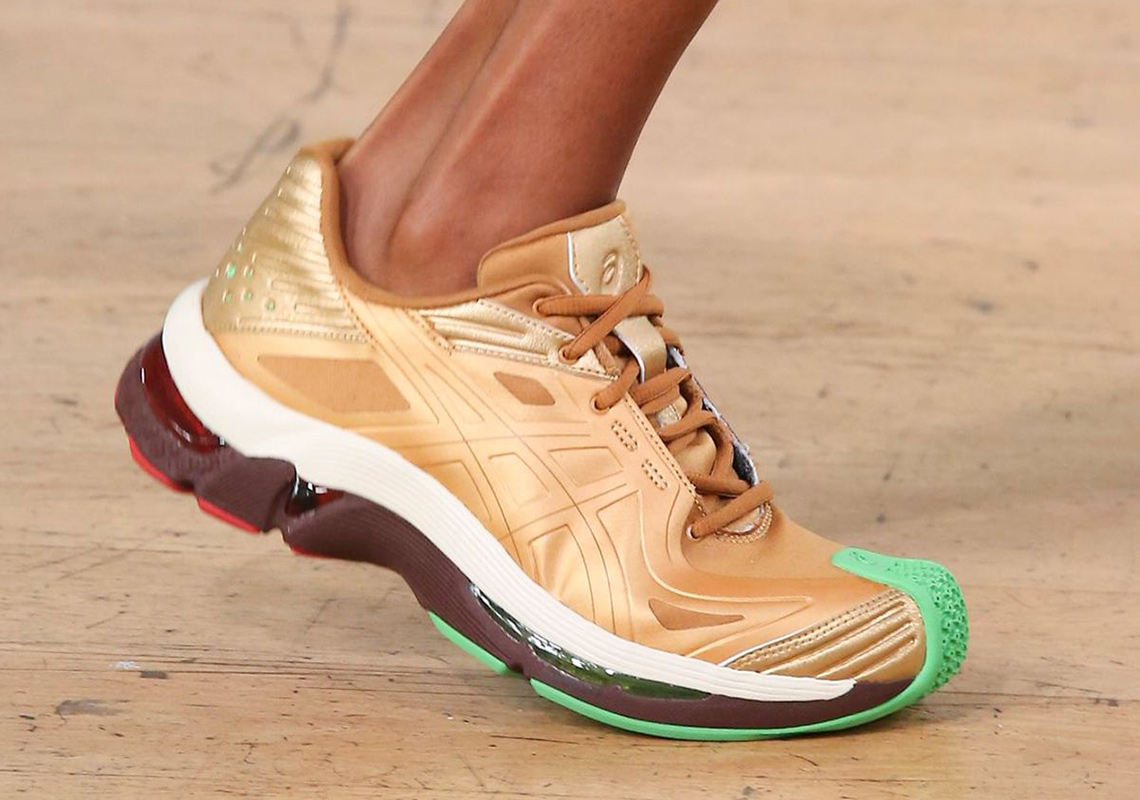 Rather than share the spotlight, the Fanning twins of the Kiko Kostadinov atelier opted to instead end the label’s long-running ASICS collaborations on their very own note, crafting a brand new silhouette as part of the imprint’s burgeoning womenswear component. Lead by both Laura and Deanna, the line has come into its own with avant-garde forms, vibrant colors, and a new Fall 2020 collection that stands on equal footing with the menswear’s previously revealed output. The design of the footwear model itself, though, leans closer to familiarity than the last, adding in subtle references rather than the overt. Lace units are relatively standard, as is the side profile, with paneling constructed relatively minimal with slightly raised sculpting and contrasting segments. Heel counters and toe caps do infuse a bit of the garments’ ethos with patterned molds remiscent of frequently used motifs. Finished by way of Kostadinov’s newly designed tooling, the model ends what is effectively a three-part series with gold-adorned and neutral accented colorways alike. Grab a detailed look here and expect to see more as we get closer to the Fall/Winter season. 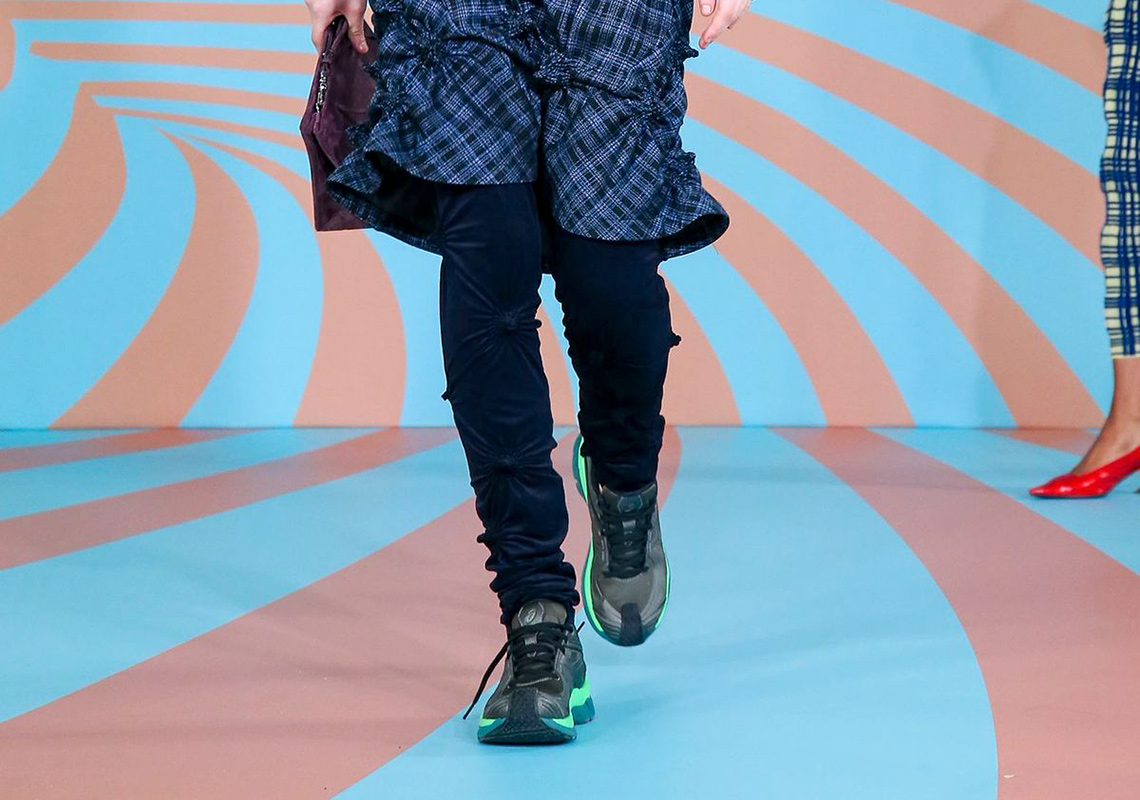 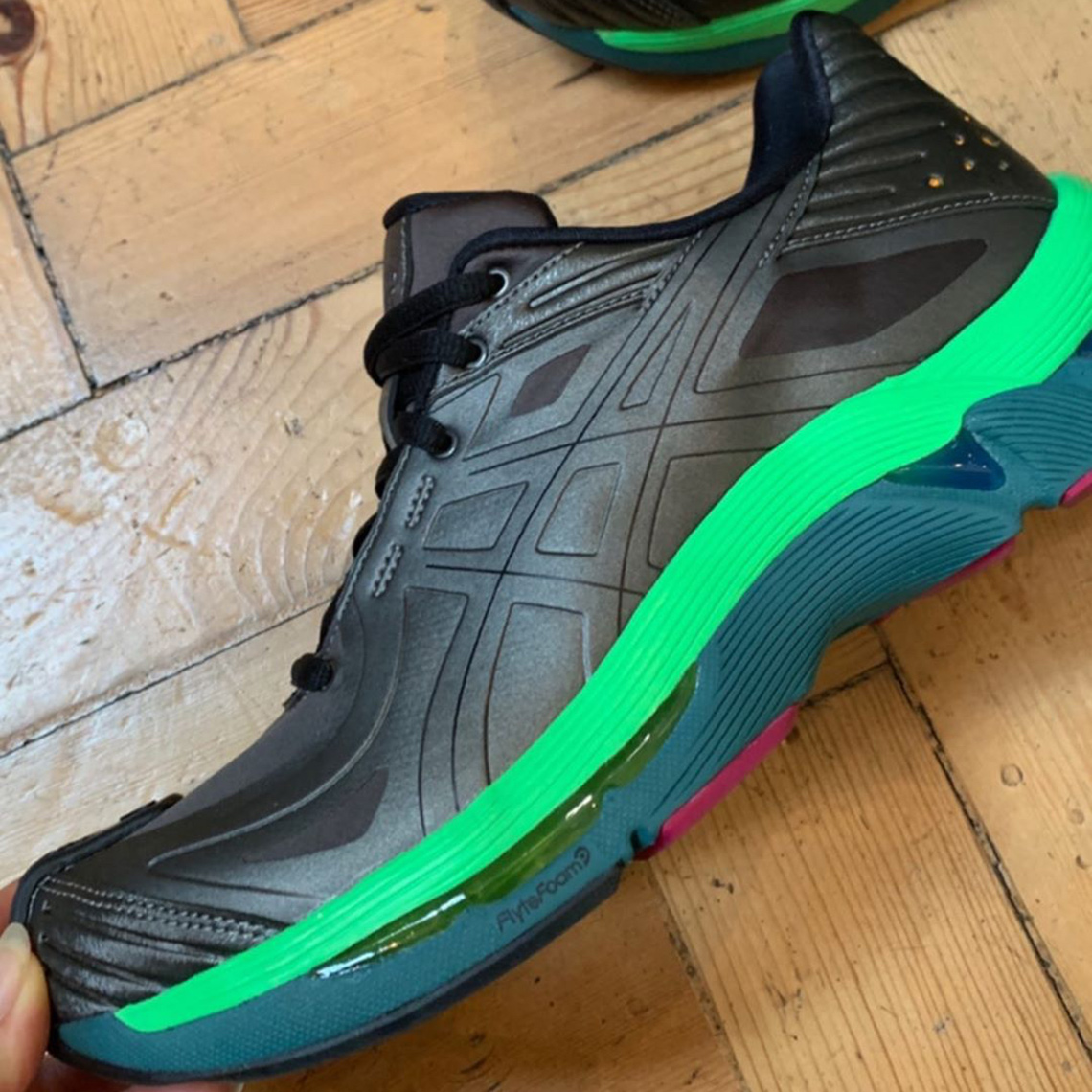