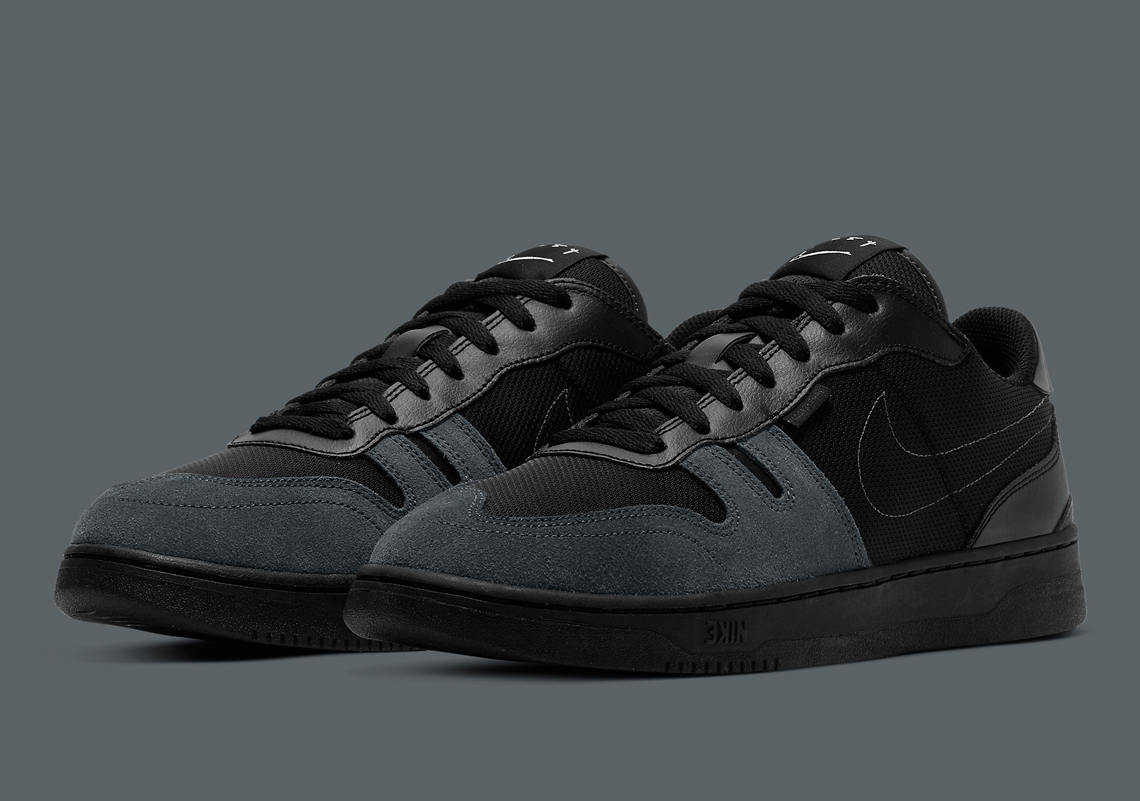 Nike Sportswear‘s experiment-driven N.354 label launched in 2019 with the purpose of bringing light to a vast cache of prototypes. The line has since reimagined classics like the Air Force 1 through a deconstructed aesthetic, but has heavily focused on tennis silhouettes like the brand-new Squash Type.

An ode to Steve Prefontaine’s fastest mile, the N.354 imprint traveled back in time in search of inspiration for its latest creation and landed in 1984. Besides being the dystopian year George Orwell wrote about, 1984 marked the debut of John McEnroe’s short-lived Mac Attack signature Nike shoe. Though the mid-top performance model hasn’t received the retro treatment of its Air Tech Challenge 2 succesor, McEnroe’s tennis shoe inspired Nike’s Manor model in the early 2010s.

Just like the Manor, the Squash Type copies the Mac Attack’s split design, but favors “Anthracite” suede over leather for much of the forefoot. Toe boxes also deviate from last decade’s luxe stylings and instead opt in for mesh like their ’84 muse. Midfoot panels and tongues follow suit in “Black,” which also cover leather overlays at the laces and heel. As for branding, profile Swooshes take a reserved approach – appearing as a faint white outline – when compared to the “N.354” text debossed on the reflective heel tab. “EKIN”-branding on the midsole, just like its multi-directional outsole, rounds out the understated color scheme in all-black.

No release information is yet known for Nike’s new tennis-inspired experiment, but a Nike.com launch as we inch closer to the Spring is probable. For now, enjoy a closer look at the Squash Type here below. 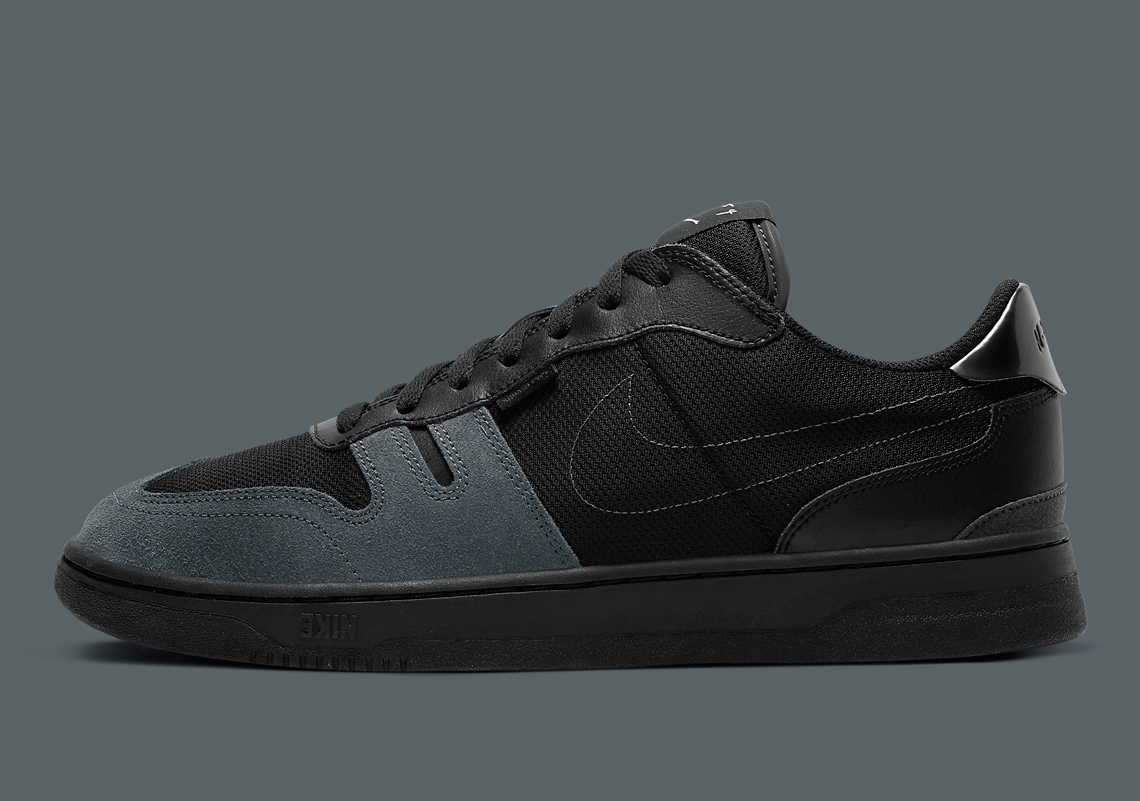 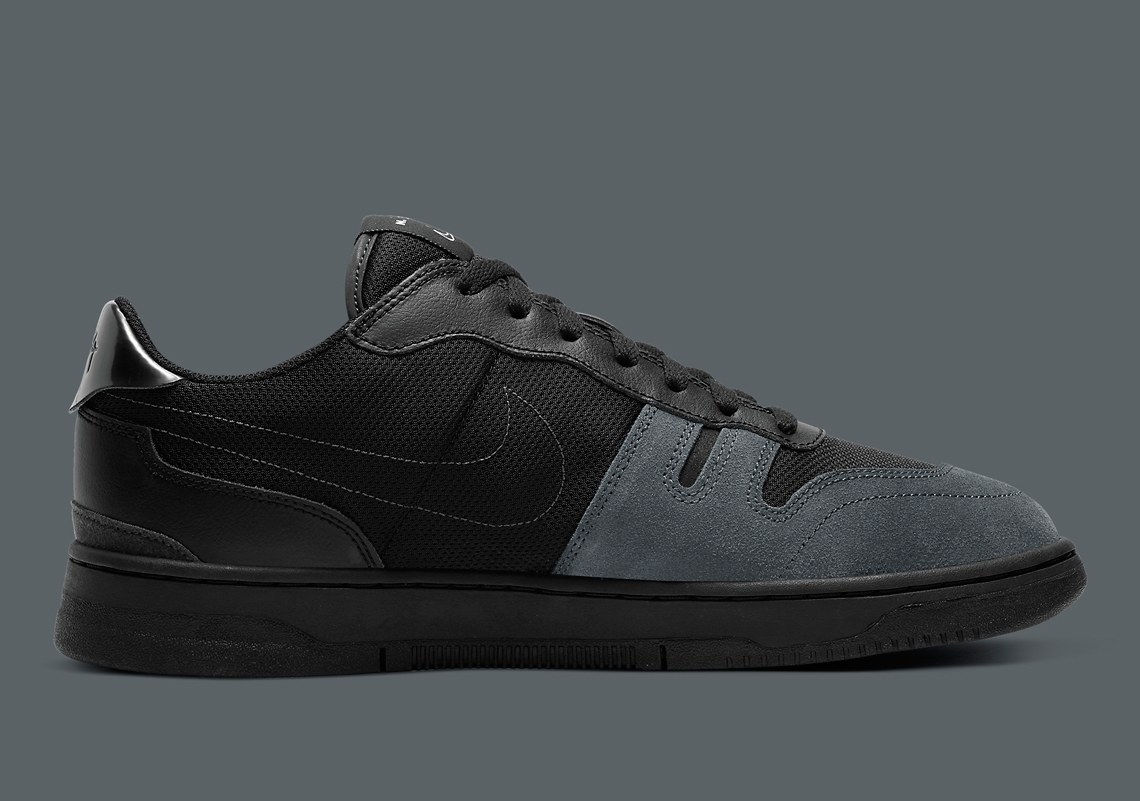 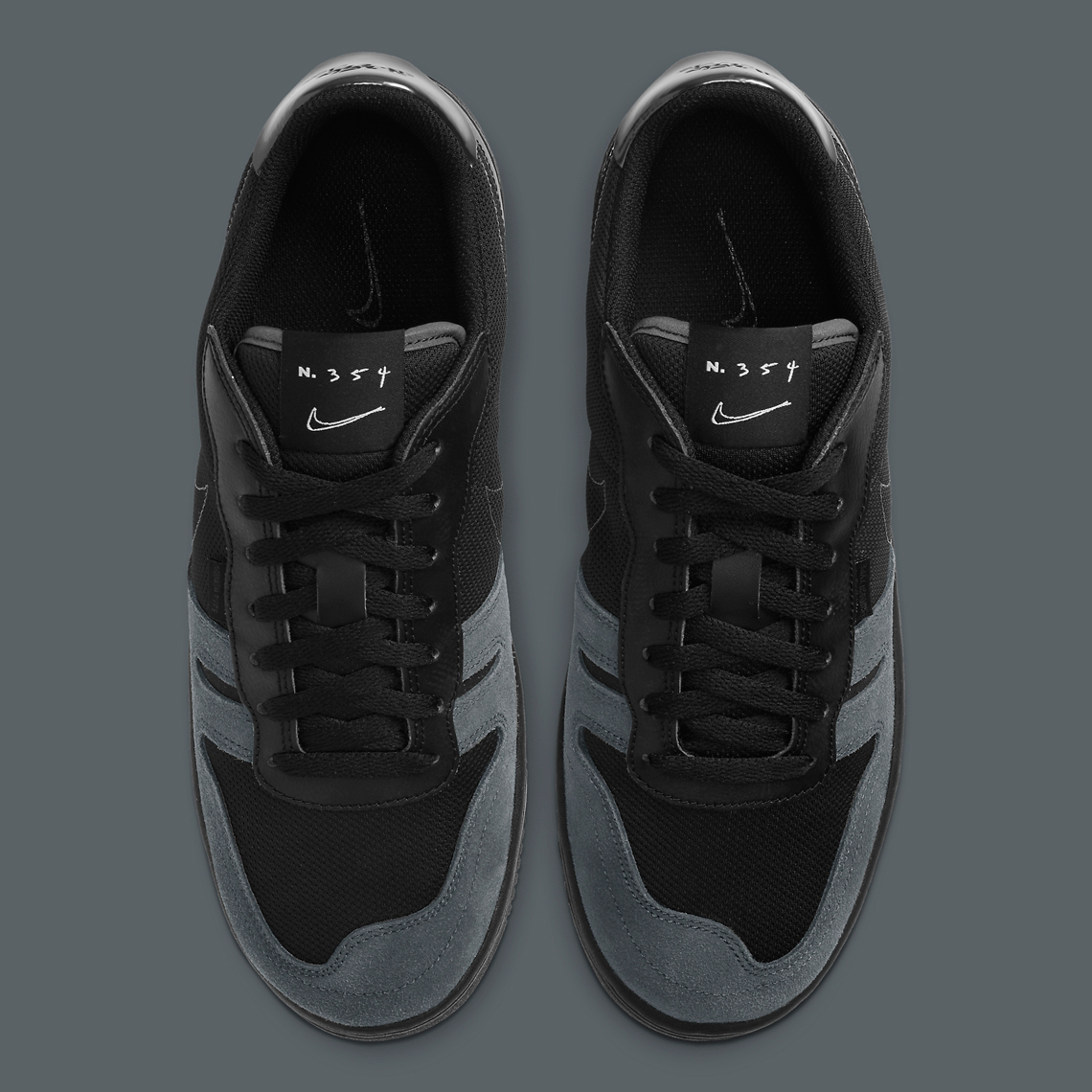 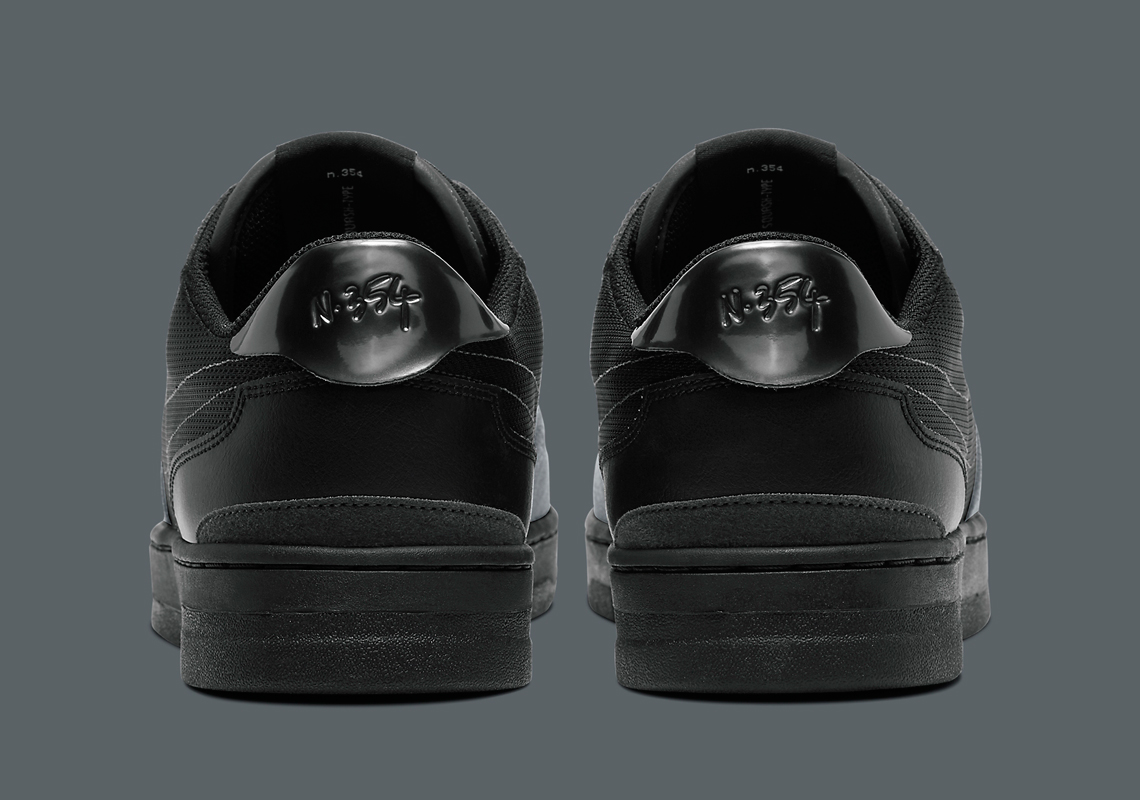 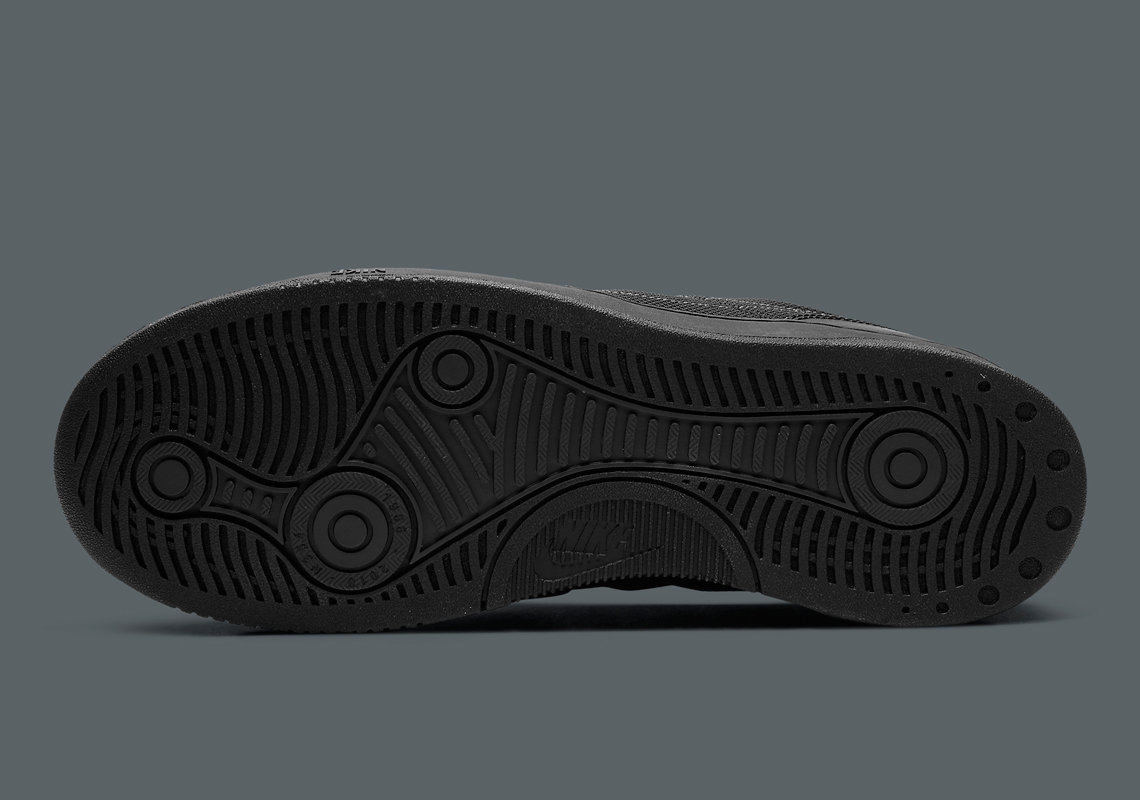 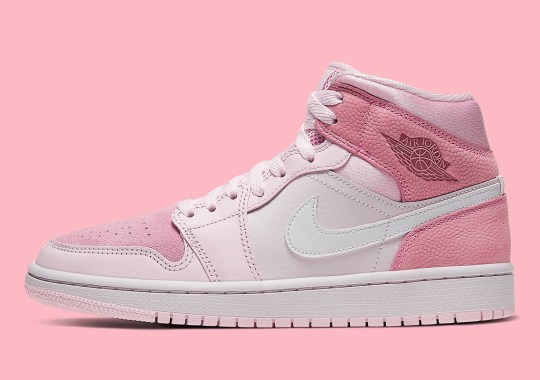