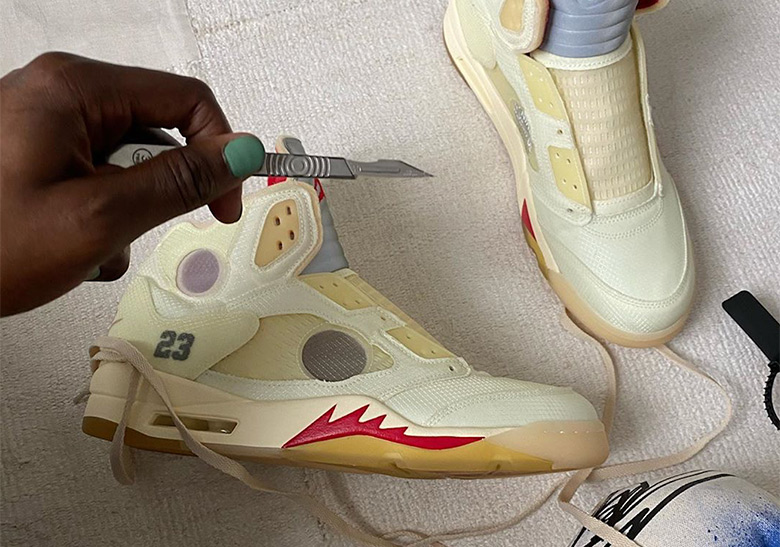 From the Air Jordan 1 to the revival of the non-SB Dunk, Virgil Abloh has amassed a wealth of designs — some that have never even come close to reaching production as seen at his gallery affair. But this All-Star Weekend, we got the opportunity to pick up one, the Off-White x Air Jordan 5, with sellout times reaching about as fast as some of his most coveted: a fitting feat considering it’s his second Jordan Brand silhouette to ever release. And as revealed via his social media, it looks like there was a second to the “Black Metallic” first, one that opts for a palette much lighter instead under a namesake of “Plot Twist;” constructed of the same material as the one that debuted, the pair takes on the very same “Nike Air” concept replete with its circular sections ready to be cut. Red hits arrive all the same, silver metallic tongues alongside, with the most discernible change very obviously being the Sail tones that renders the entire upper. Grab a detailed look at it below, and if there ever happens to be an official drop, expect to hear about it here.

UPDATE 4/6/2020
The Off-White x Air Jordan 5 “Plot Twist” is currently rumored to drop this year during the Holidays at a retail of $225. 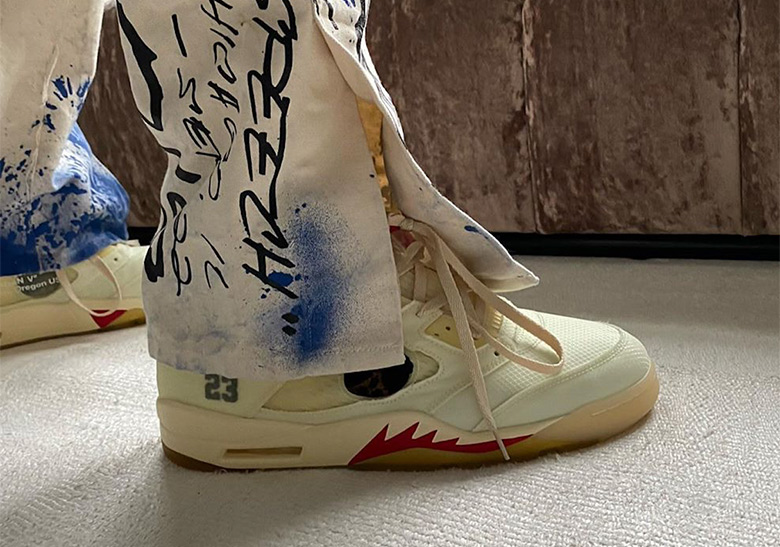 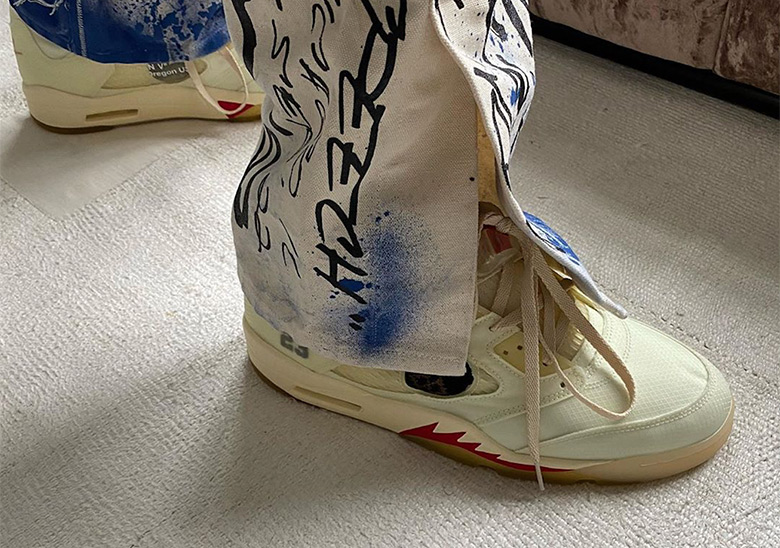 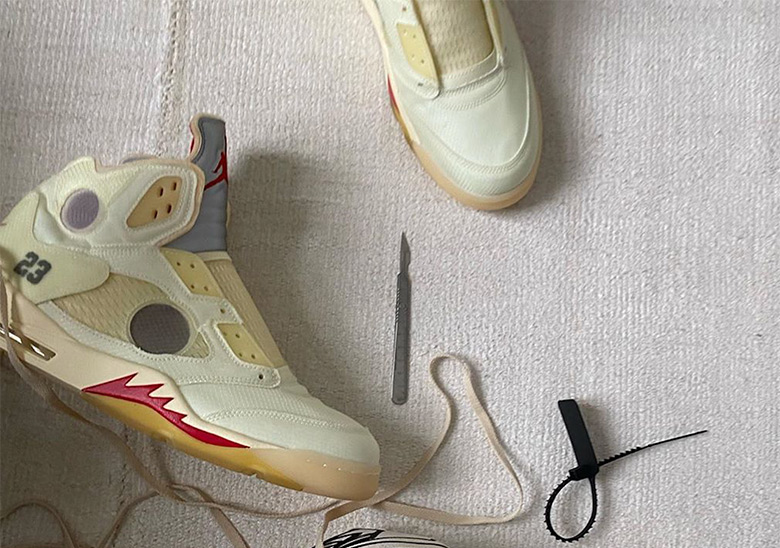