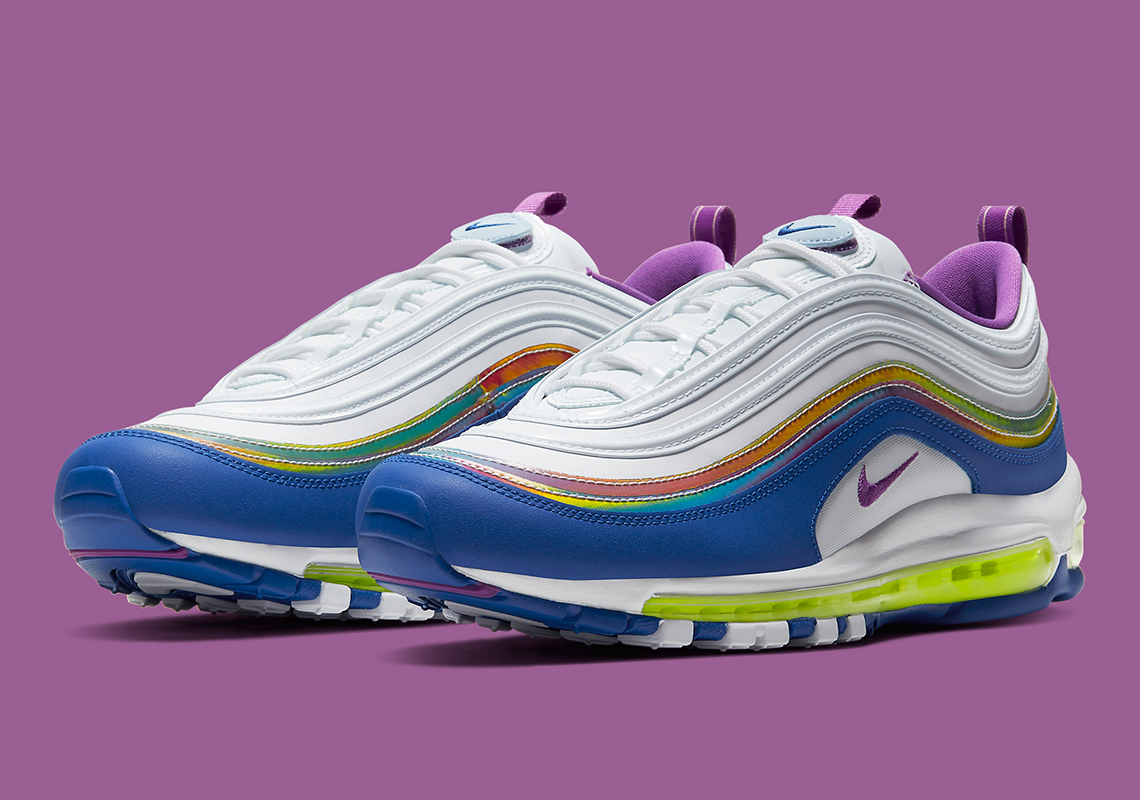 Whether or not you have been paying attention to many of Nike’s forthcoming Sportswear colorways lately, a handful of them such as the Vapormax Plus, Air Force 1, Shox TL, etc., are starting to make color transformations to be more aligned with the upcoming seasons. Pastels aplenty are being emphasized overtly to hint at the essence of the Easter holiday celebrations arriving in less than two months time, and they’re now splashing themselves onto this next Air Max 97 installment. The highlight of the shoe arrives within the tongue, as concealed beneath its removable velcro Swoosh patches, lies a broken egg logo that identically matches its interior insole graphics. In terms of palette, the tones are very self-explanatory in the sense that they relay nearly every vivid hue you’d find relevant to the April holiday. From the outsole to the mid-foot, royal blues sandwich its volt colored Air unit, followed by magenta Swooshes, and multi-colored mixtures presented along the middle-located overlays reminiscent of watercolor paints traditionally used for Easter eggs. Grab a detailed look here below, and find these releasing in the coming weeks on Nike.com and at select retailers. 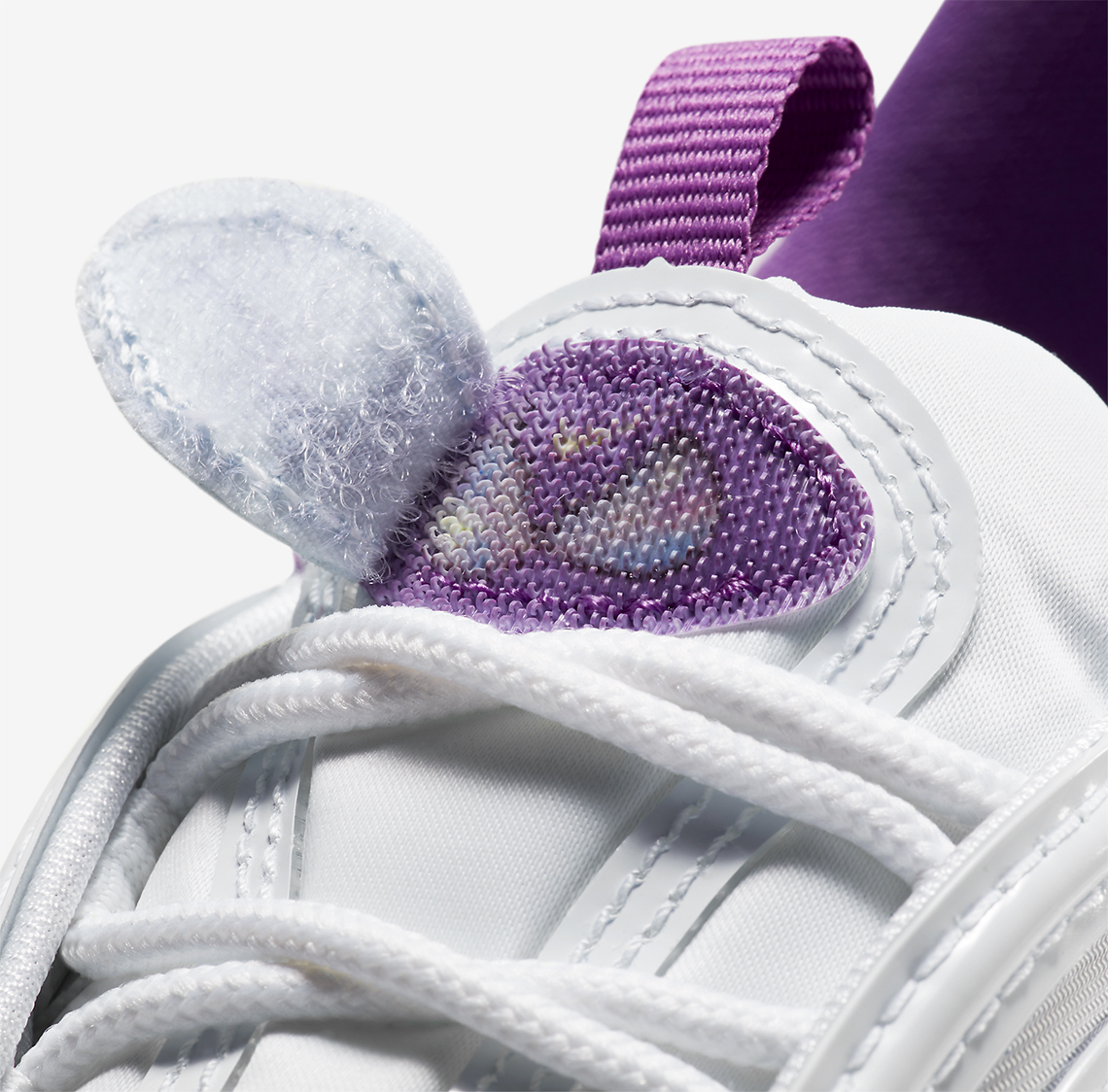 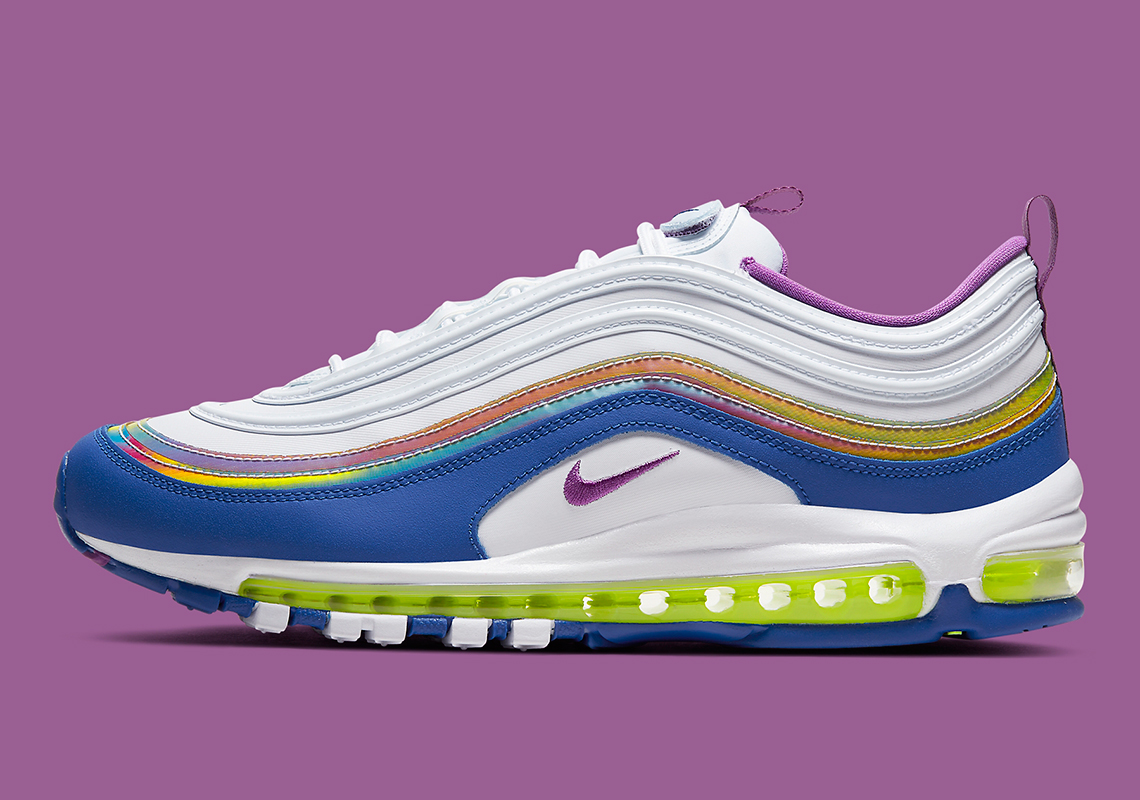 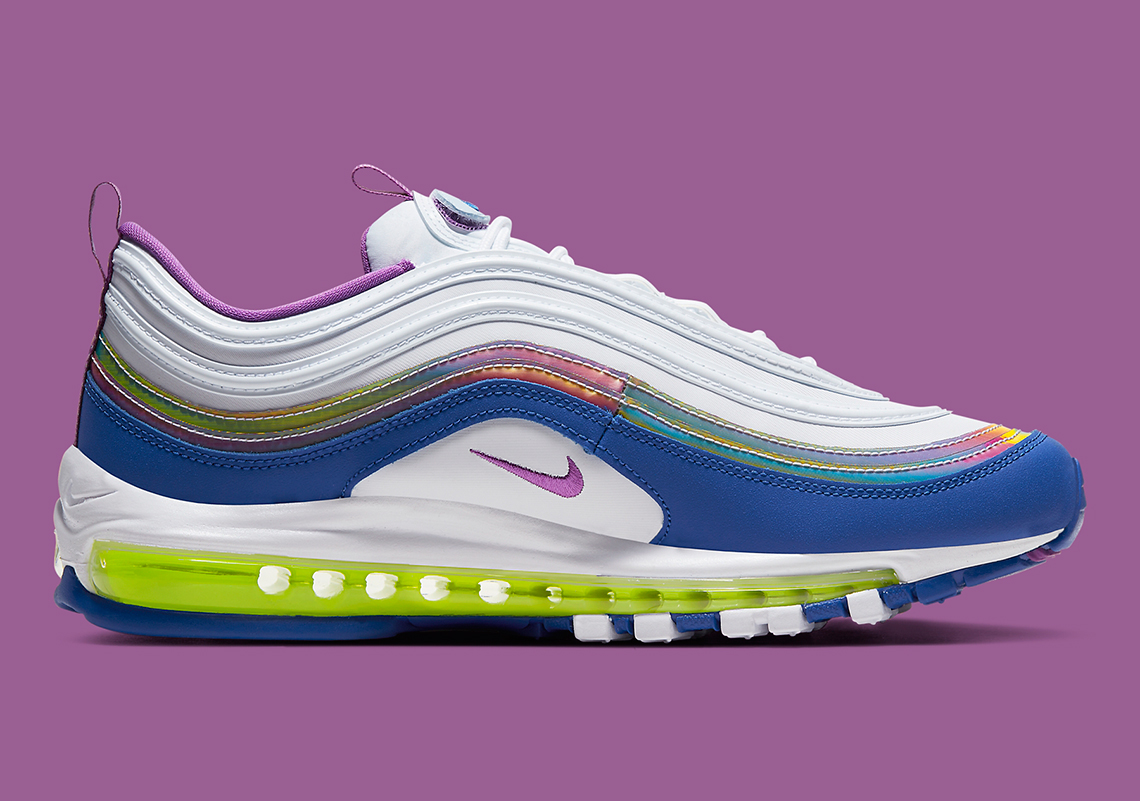 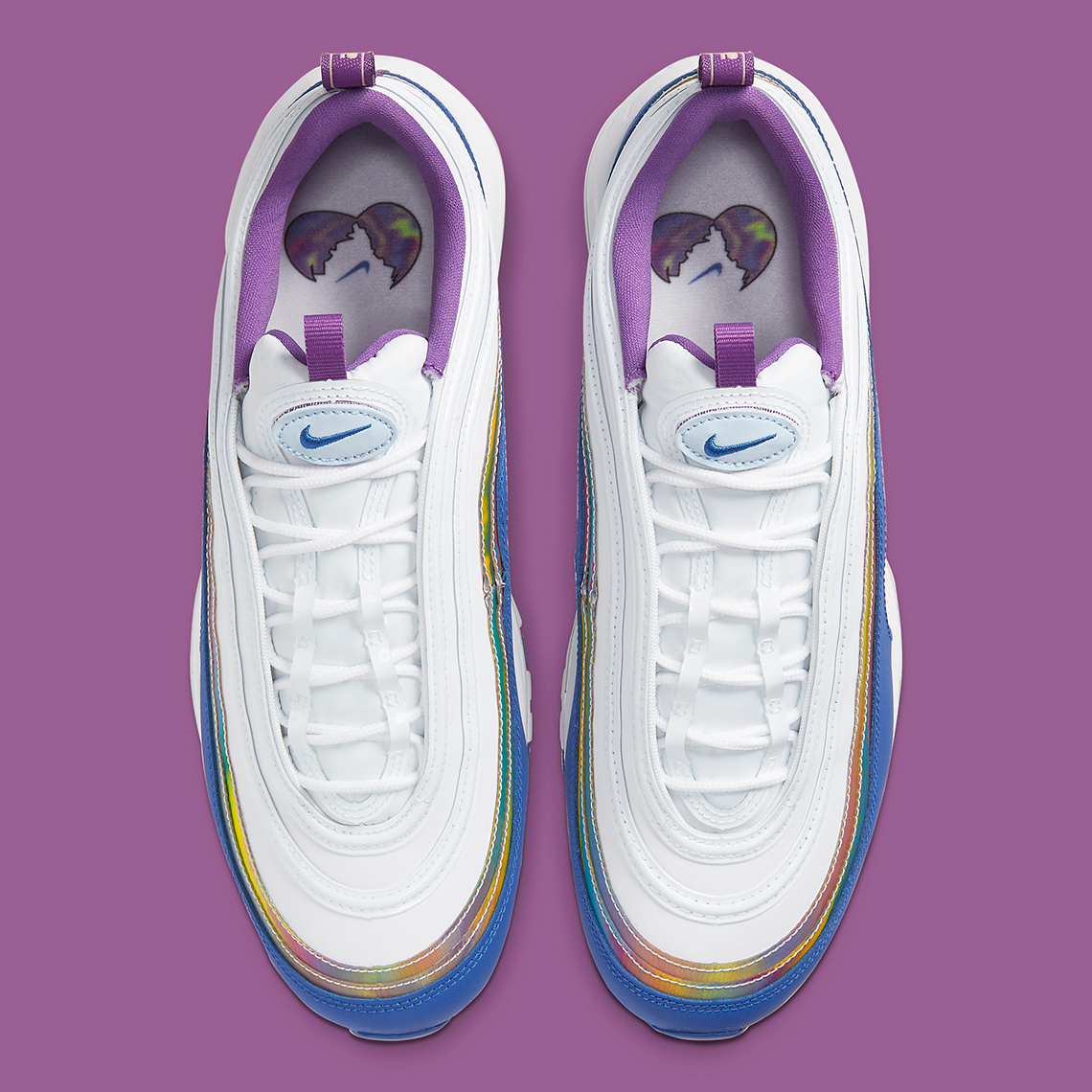 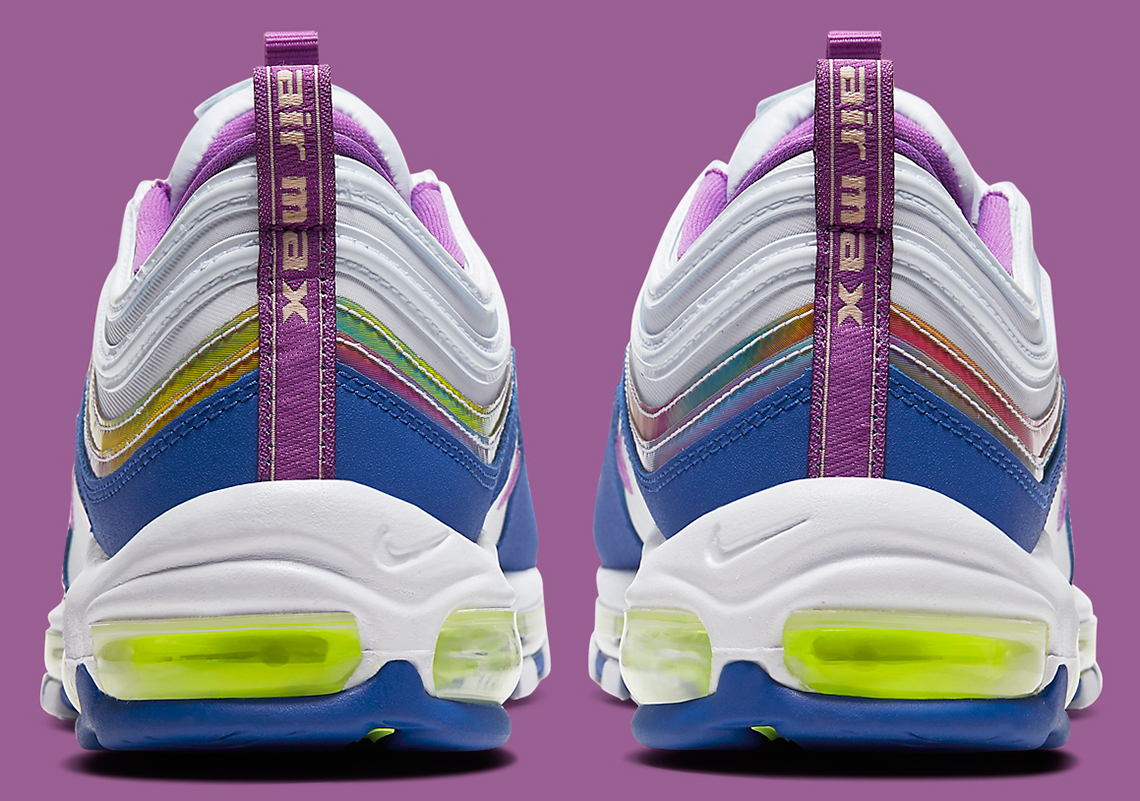 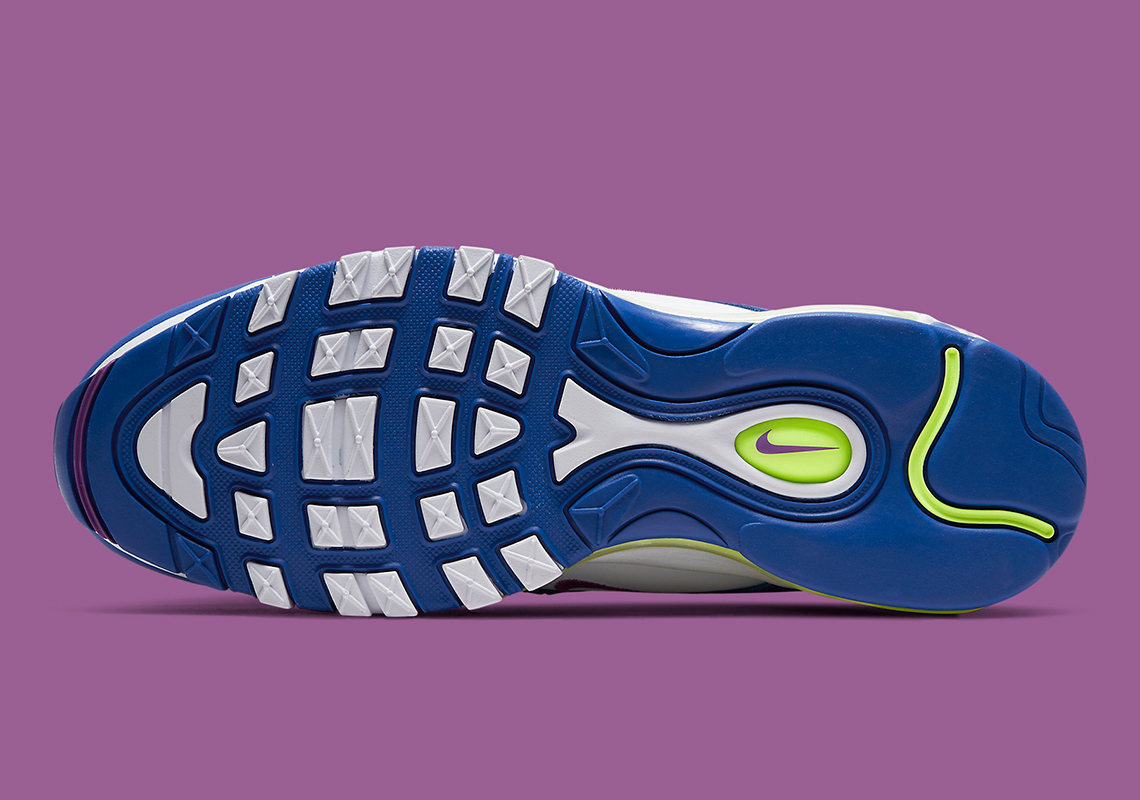