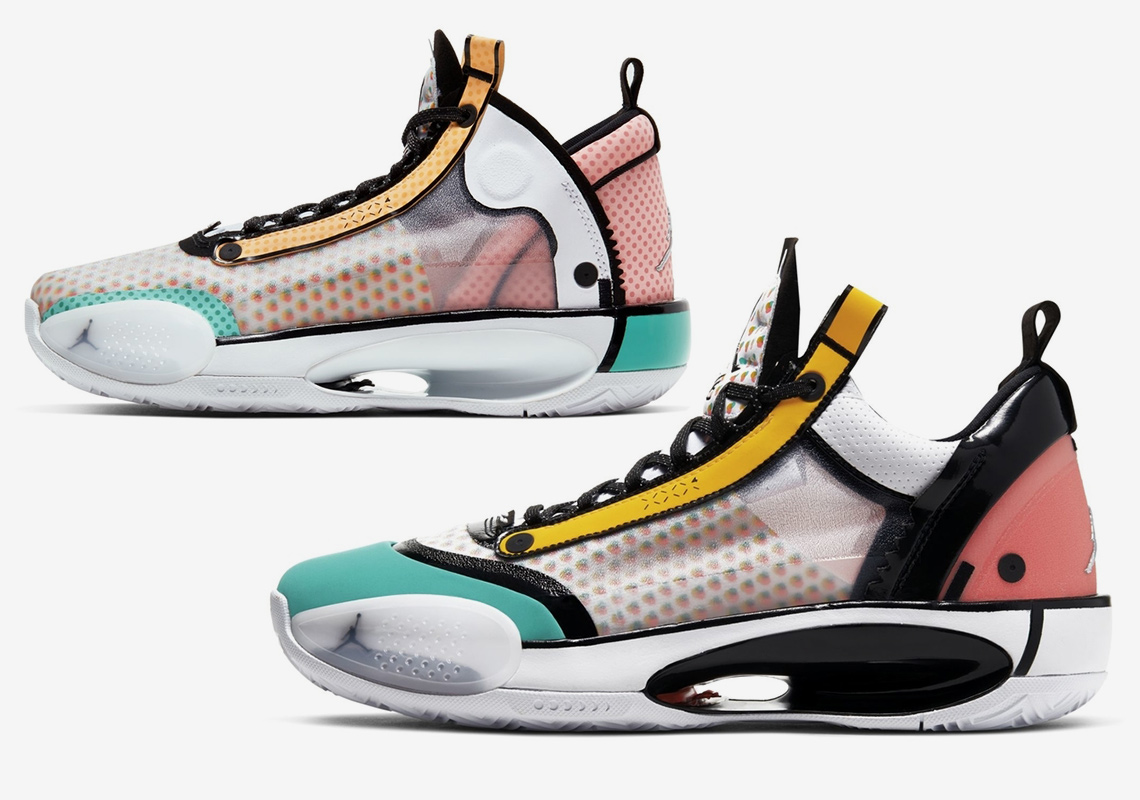 Jordan Brand has proffered many a PE since the Air Jordan 34‘s arrival — some inspired by The Office and others an homage to heritage — but the most notable among the growing roster would undoubtedly be the few dedicated to Guo Ailun, pairs that have primarily employed the usage of bright aqua blues. Now, likely allowed to go a bit more adventurous in terms of color, the athlete is ambitiously coloring with a keen sense for pop art: dotted patterns, vibrant tones, and energetic blocking all in tow.

Seen in a range of sizing, the release opts for an execution just a bit different, as the GS set only resembles the adult alternative instead of purely recreating it. The latter, which is sensibly more fleshed out, combines Ailun’s favorite hue with notes of yellow and pink; both find place at accents such as the eyestay and heel, respectively, outlined in black to further stand out from its sheer white backdrop that shrouds an inner layer whose base marks with illusory circles in perpetuity. These shapes make their way over to the kids offerings in higher quantities, as even the heel and taped segments accrue their own array of geometrics. In terms of shared details, there are certainly many to note: Chinese characters type unto the inside of the tongue with secrecy, the heels embed with silver metallic molds of the Jumpman and a “G” logo, and the vamp stamps with a dotted code.

Grab a peek at both of the forthcoming just below and expect a release to hit Nike.com hopefully within the coming months. 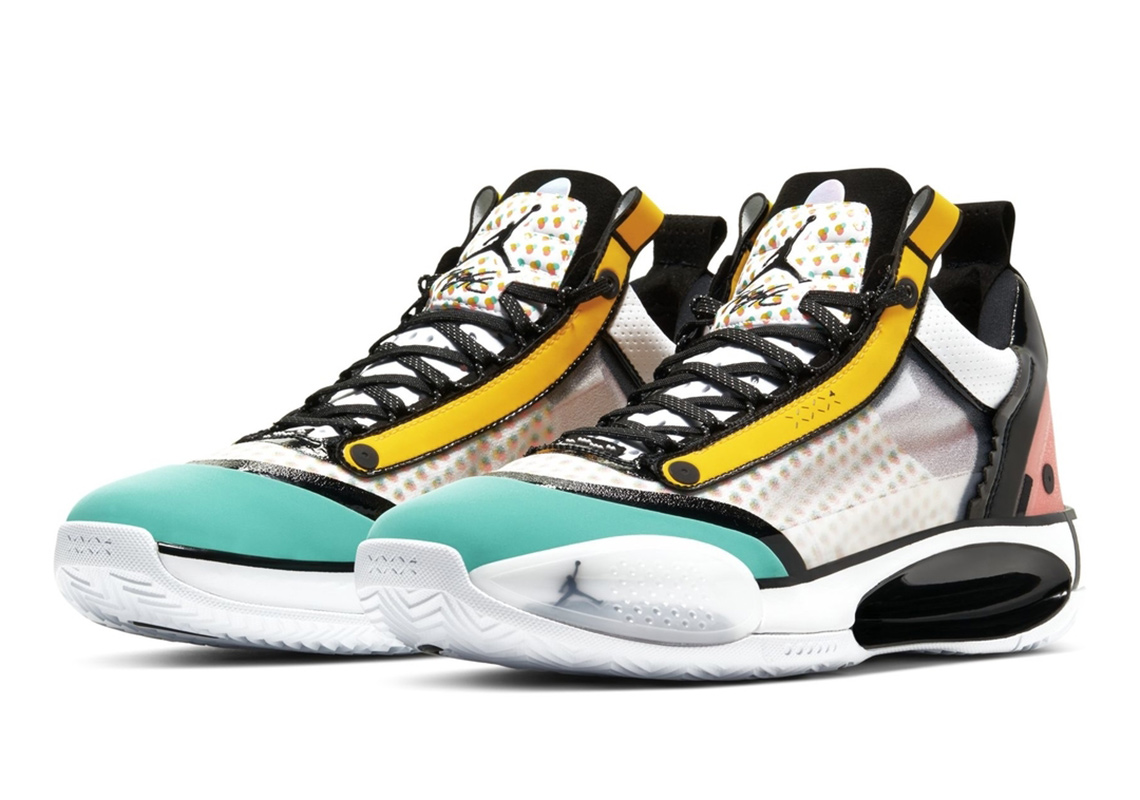 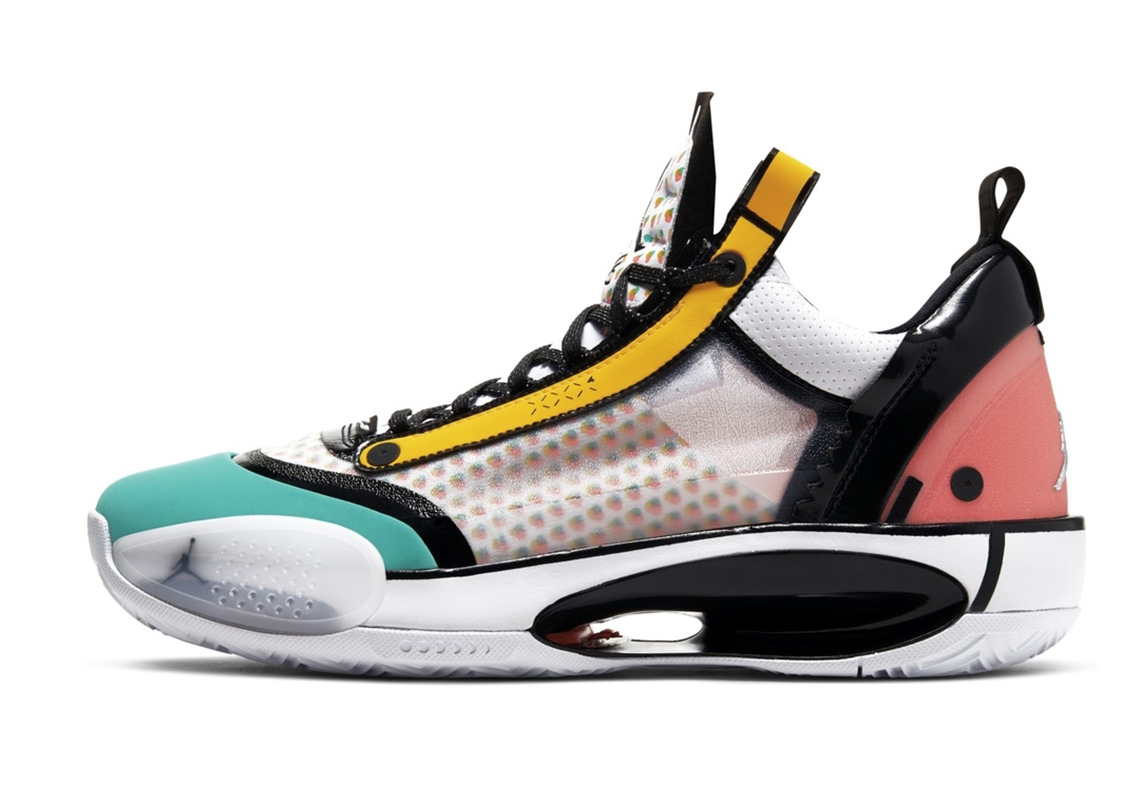 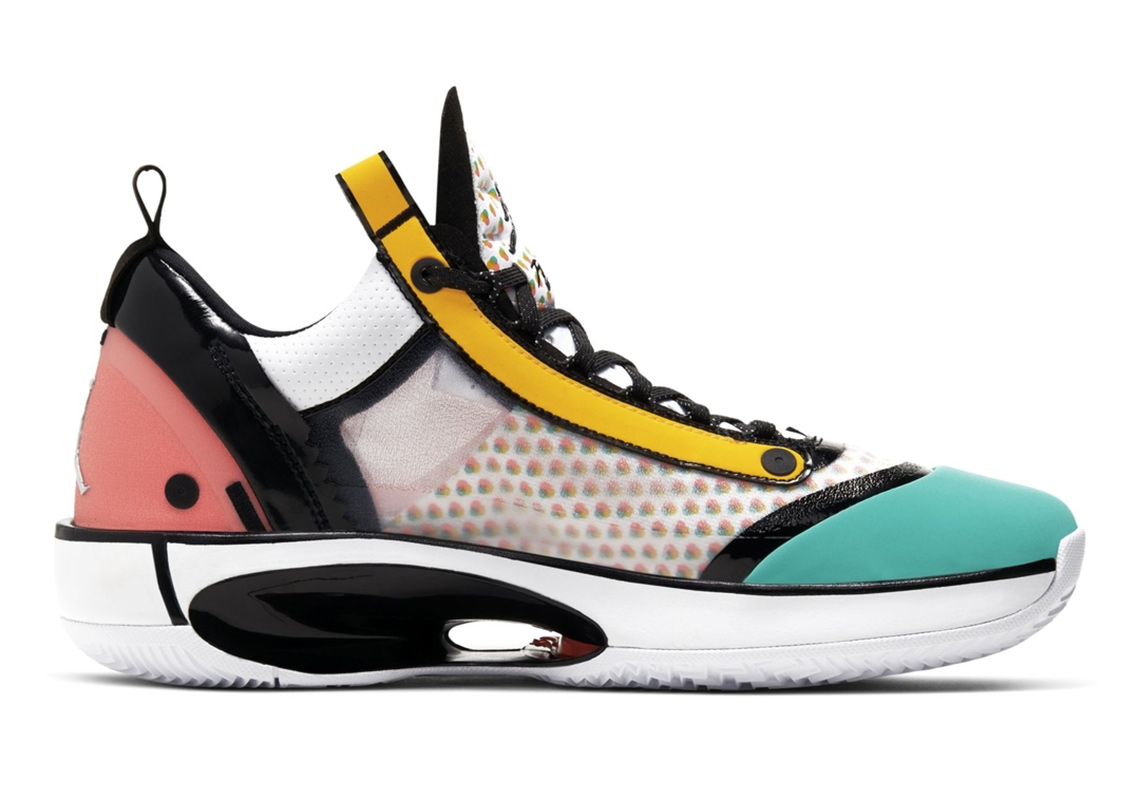 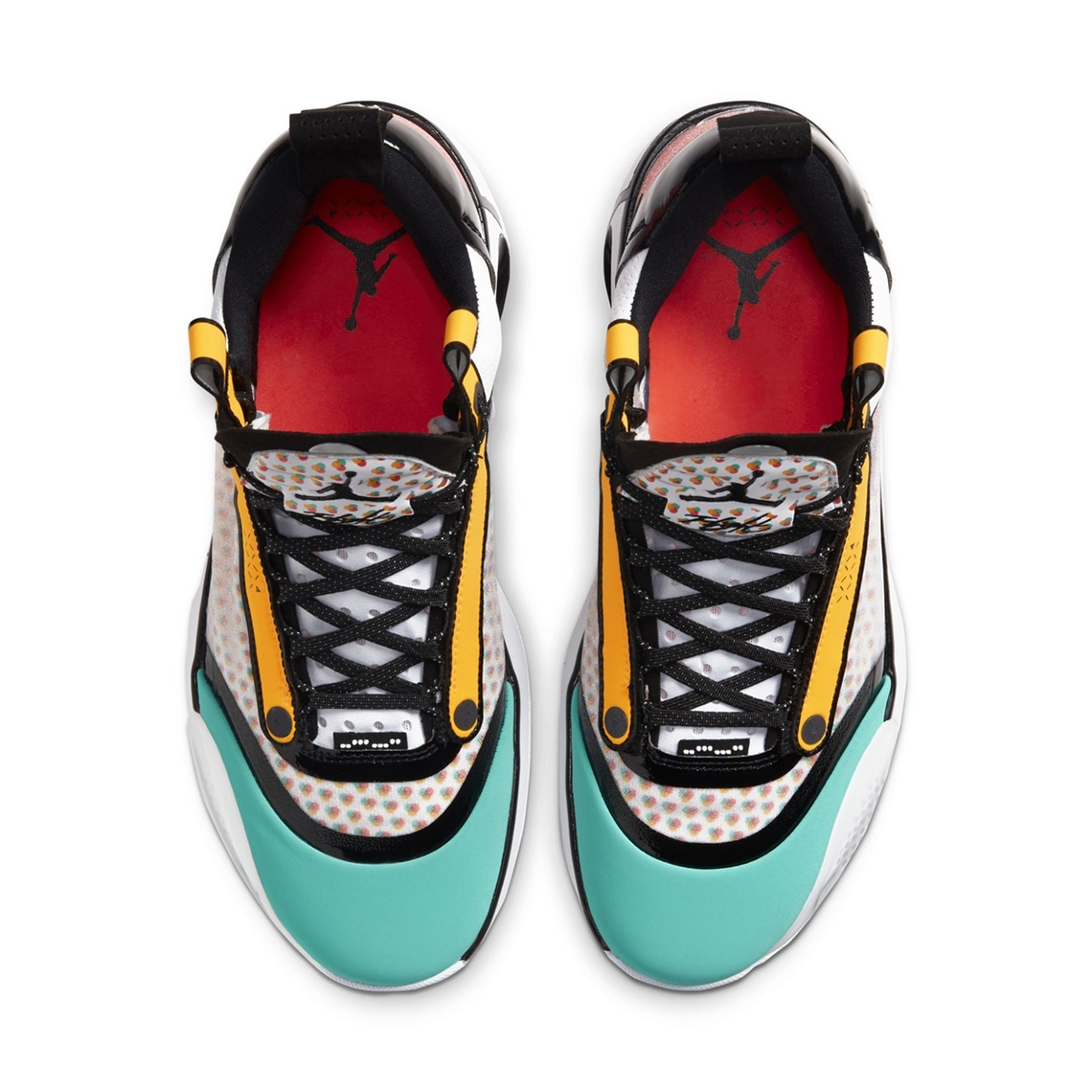 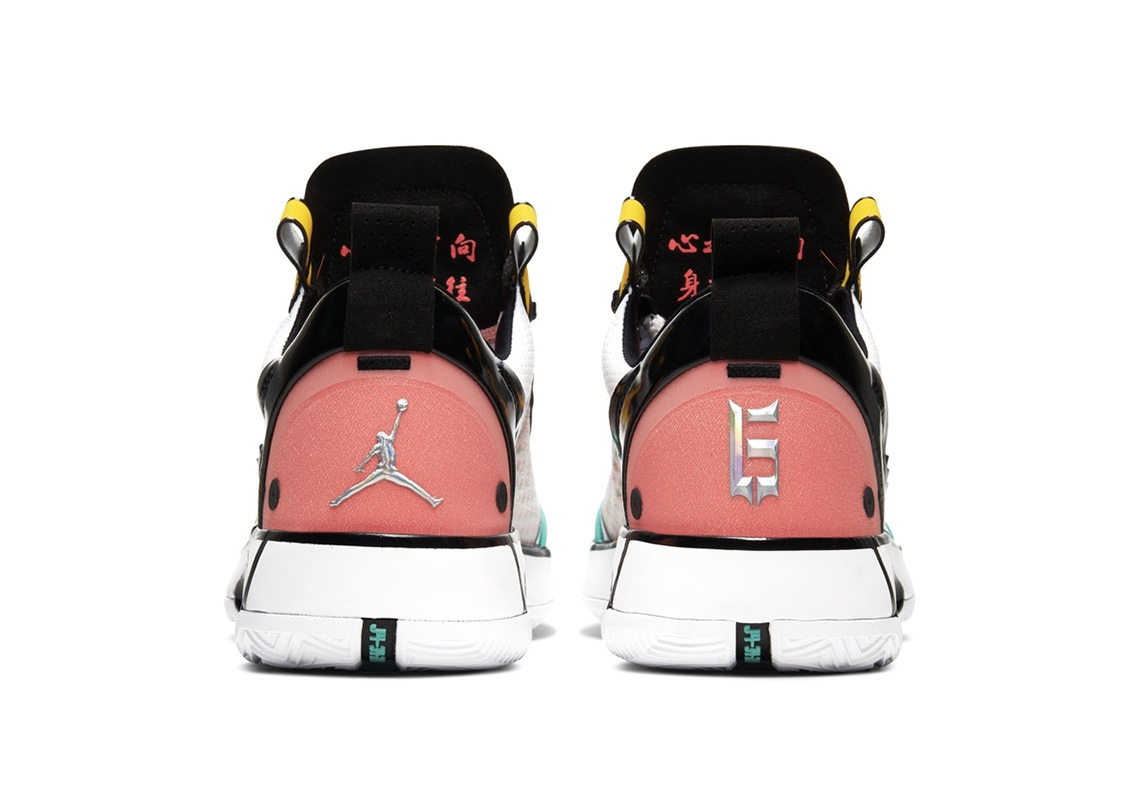 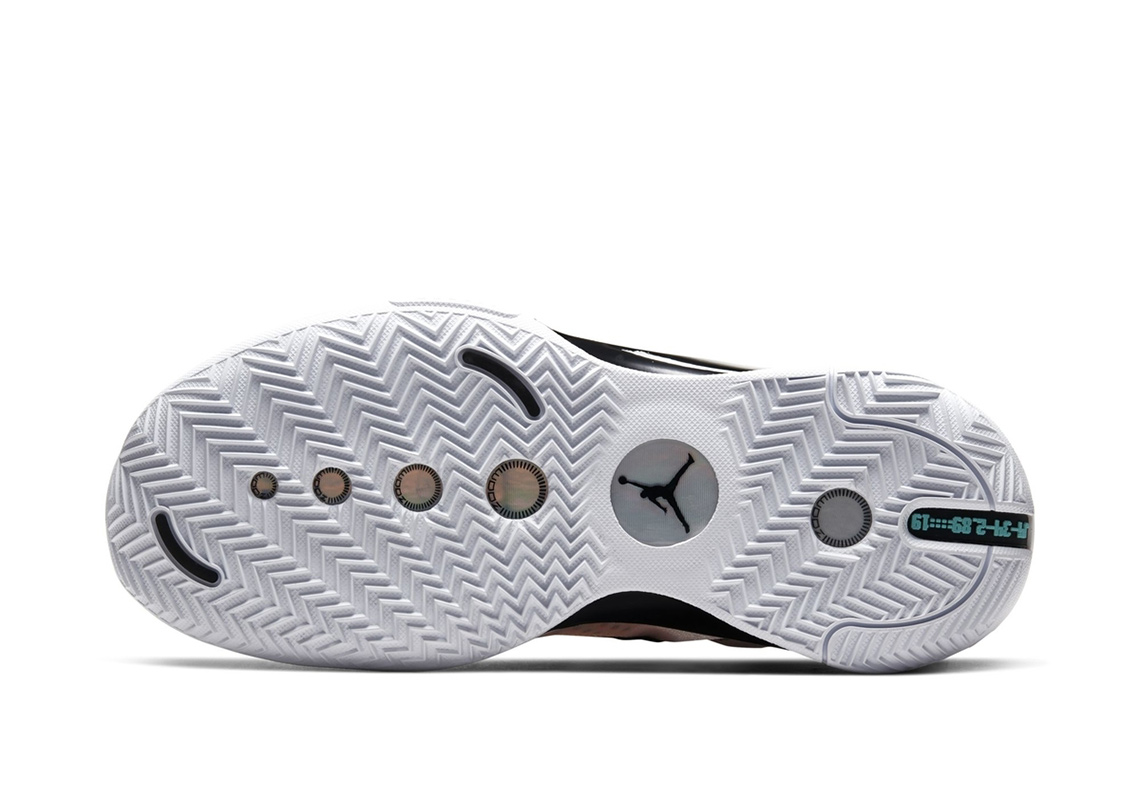 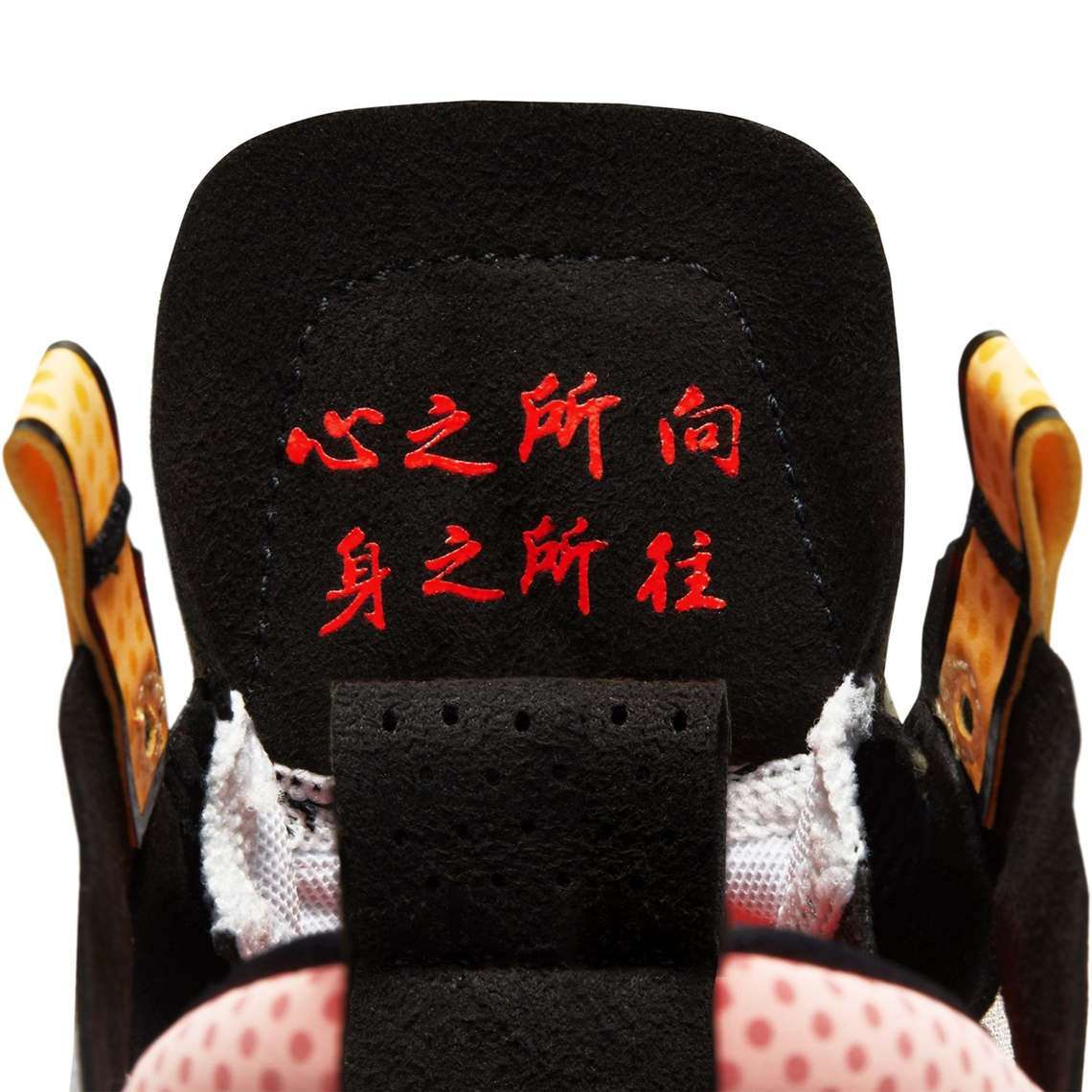 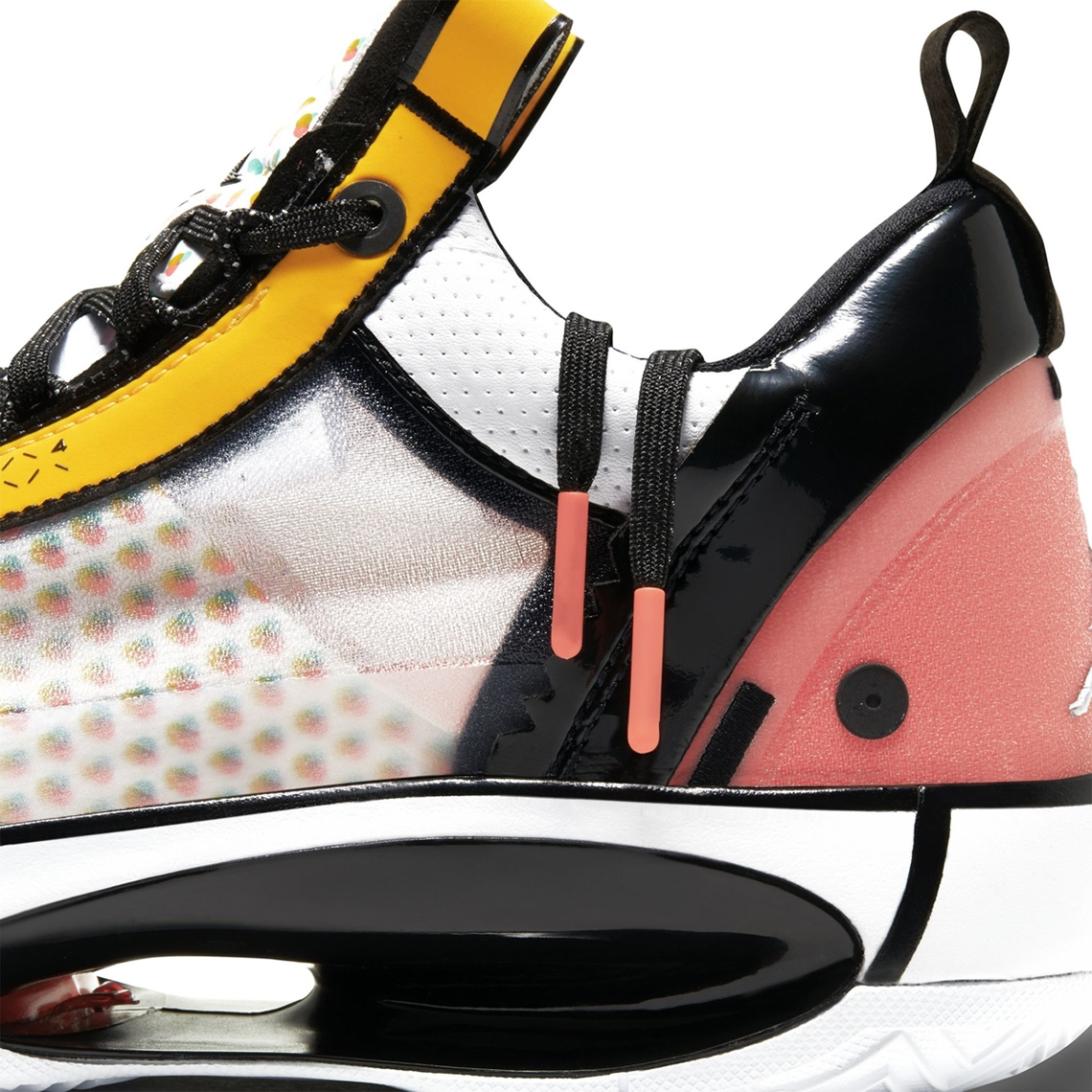 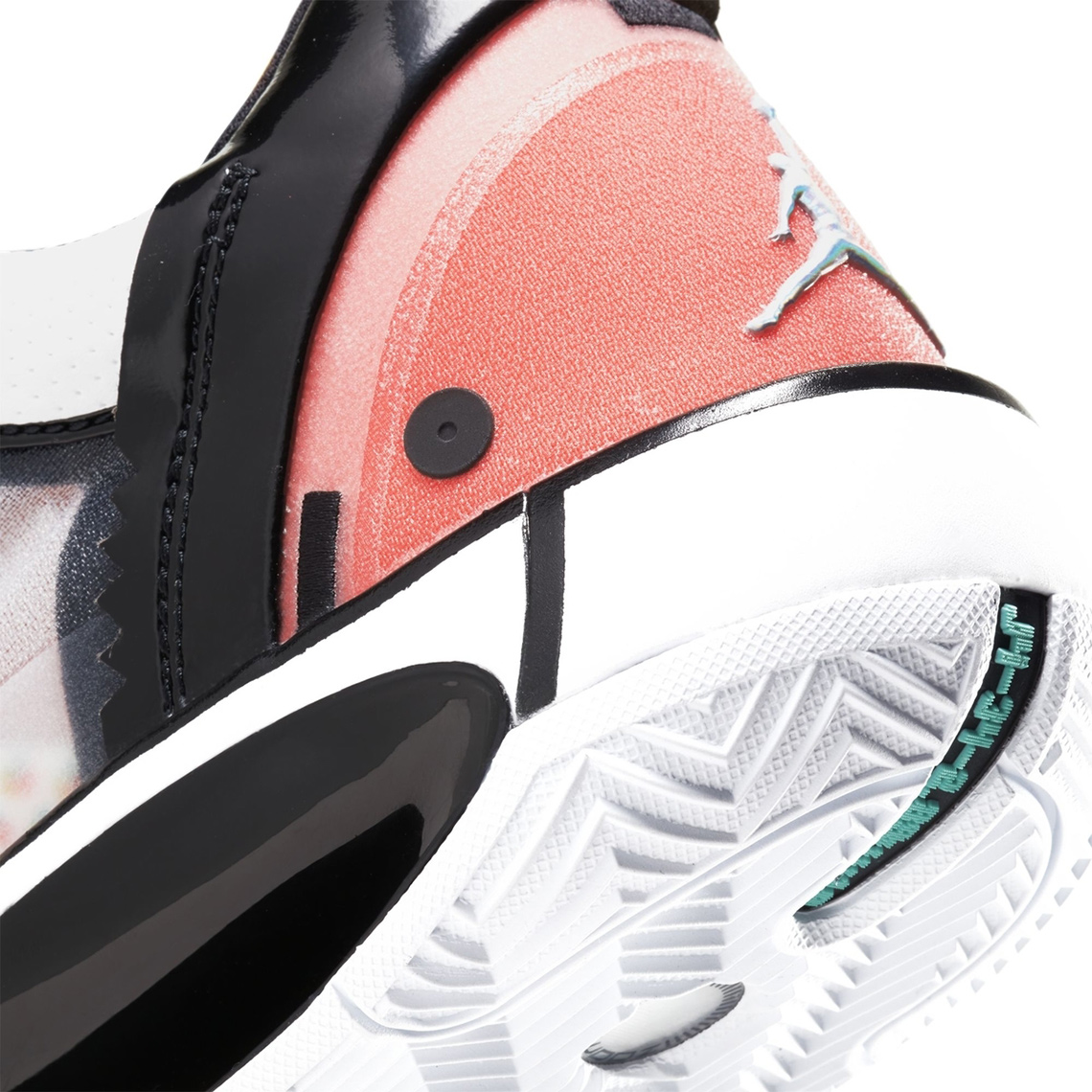 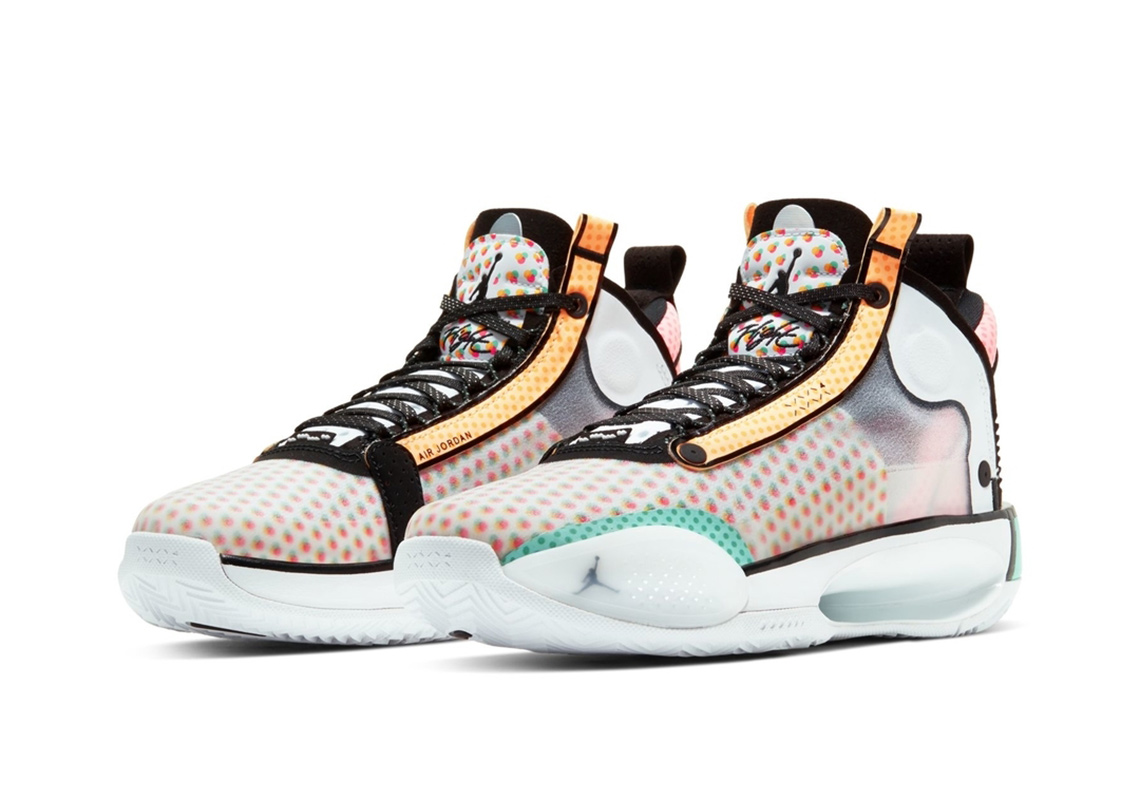 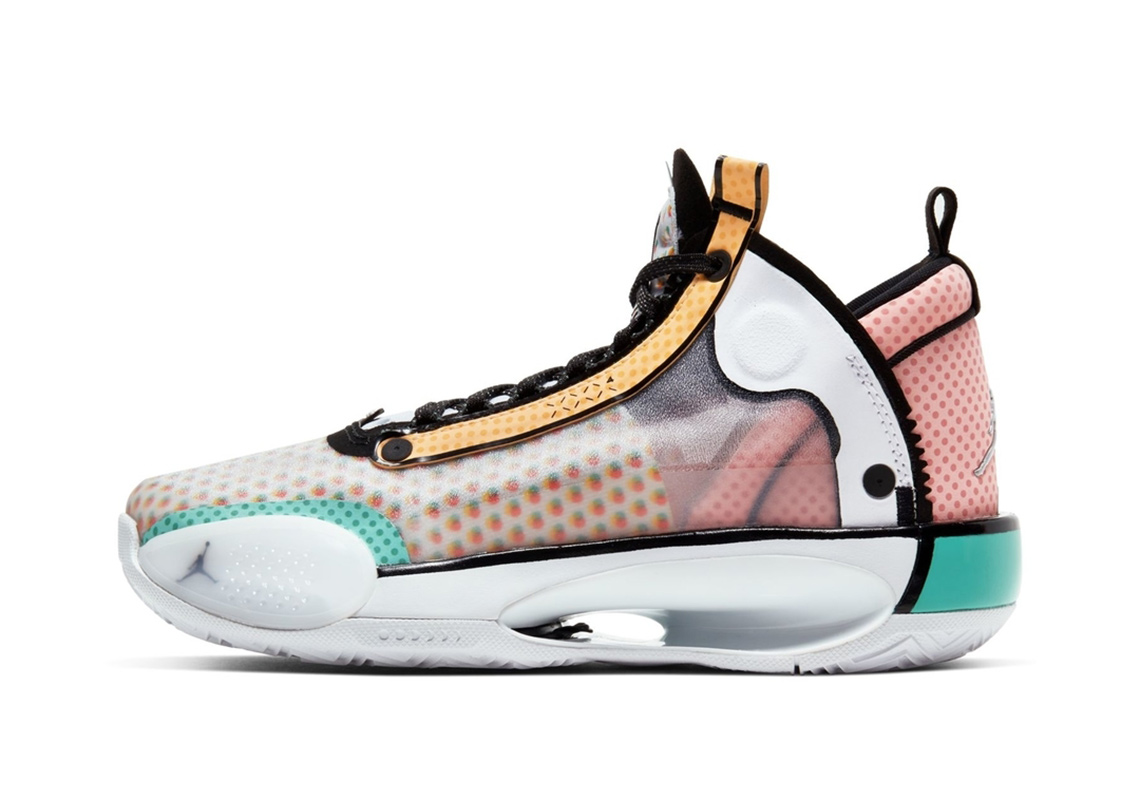 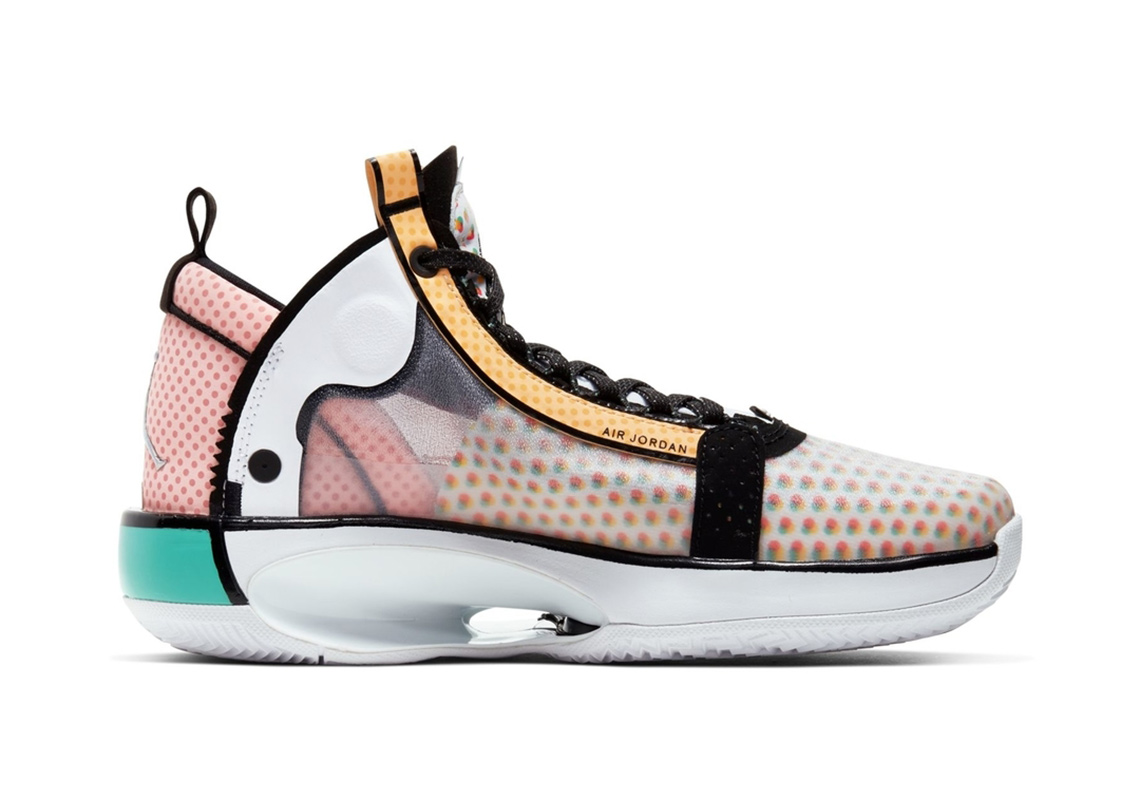 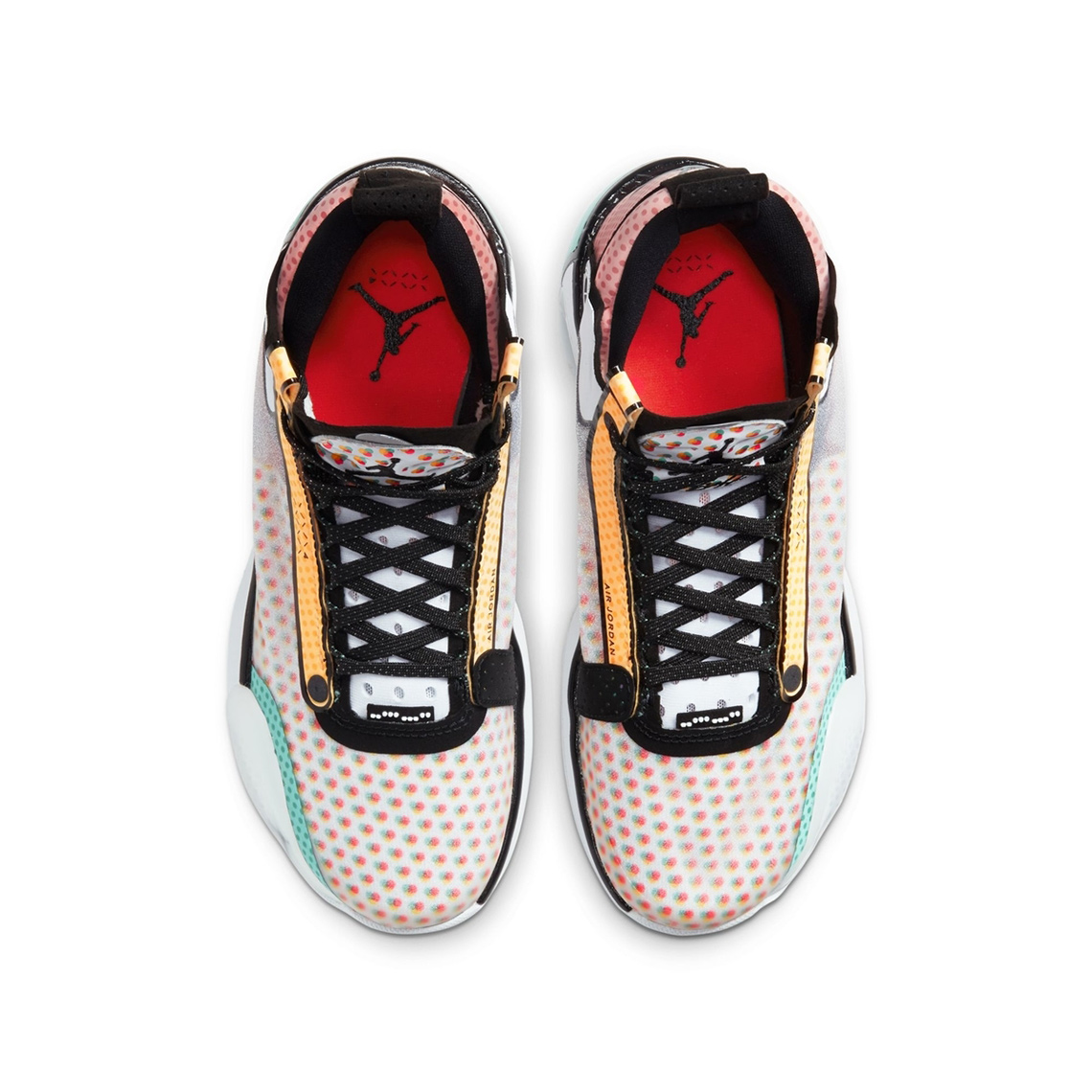 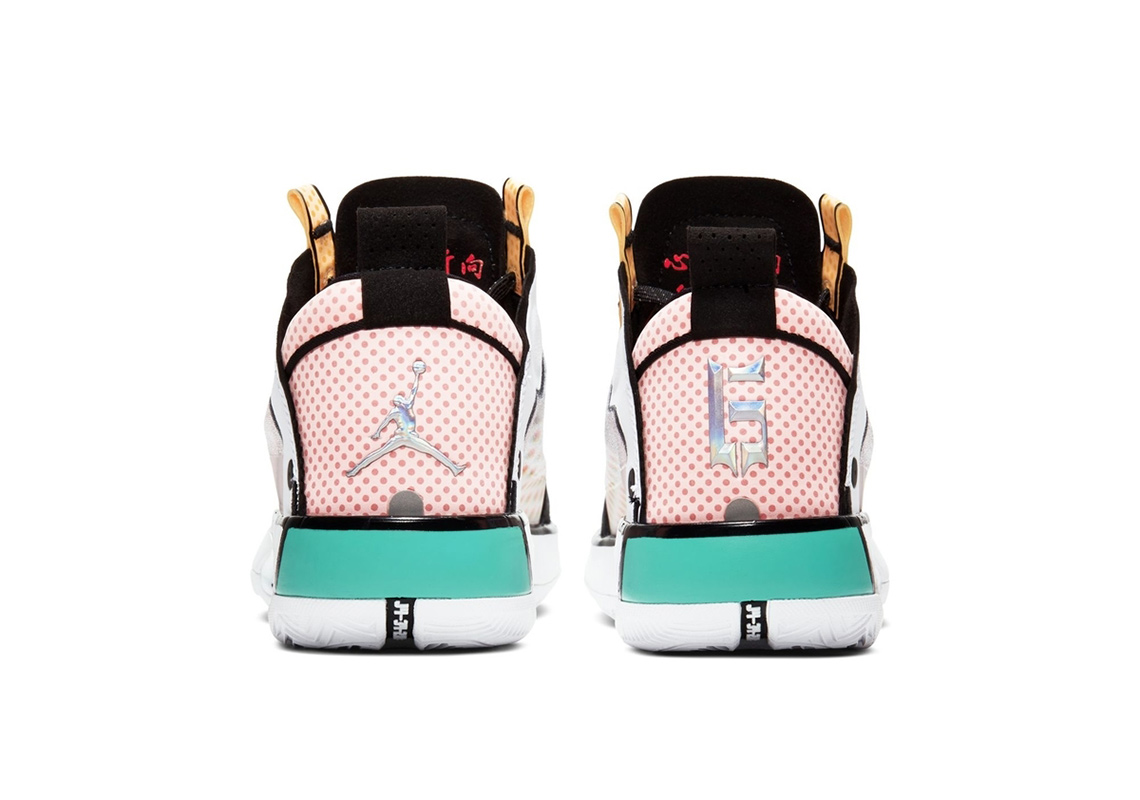 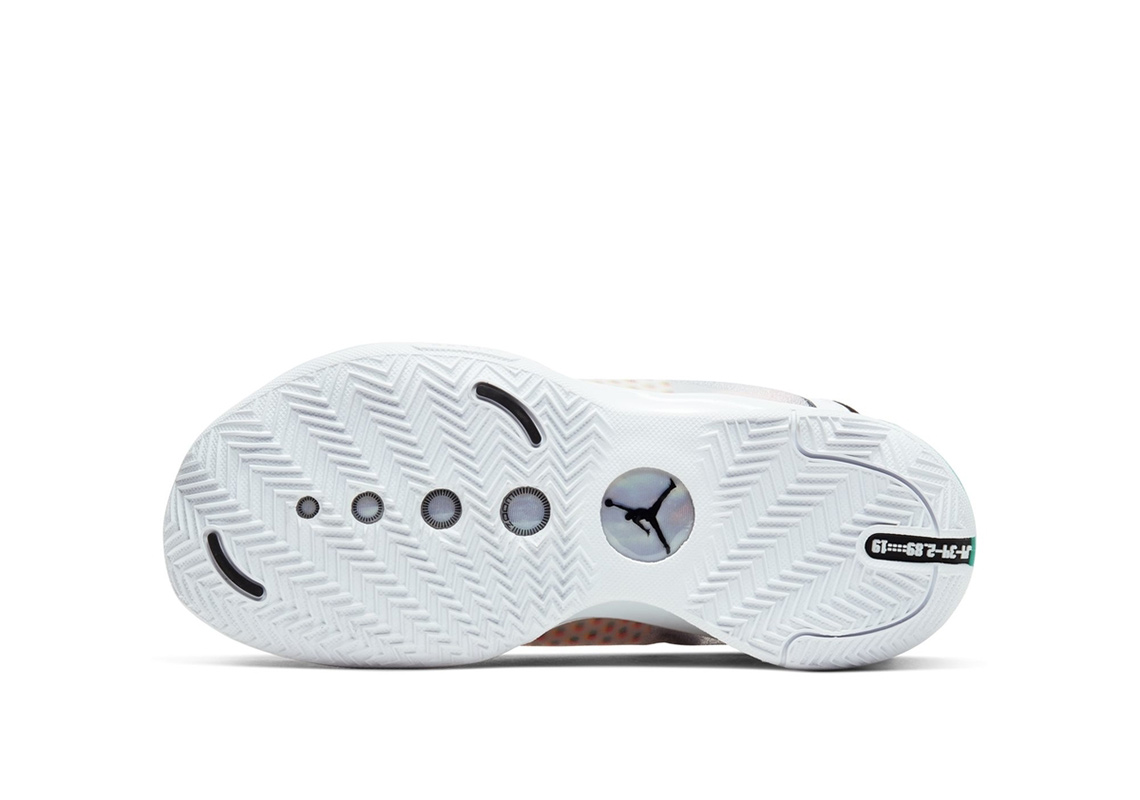 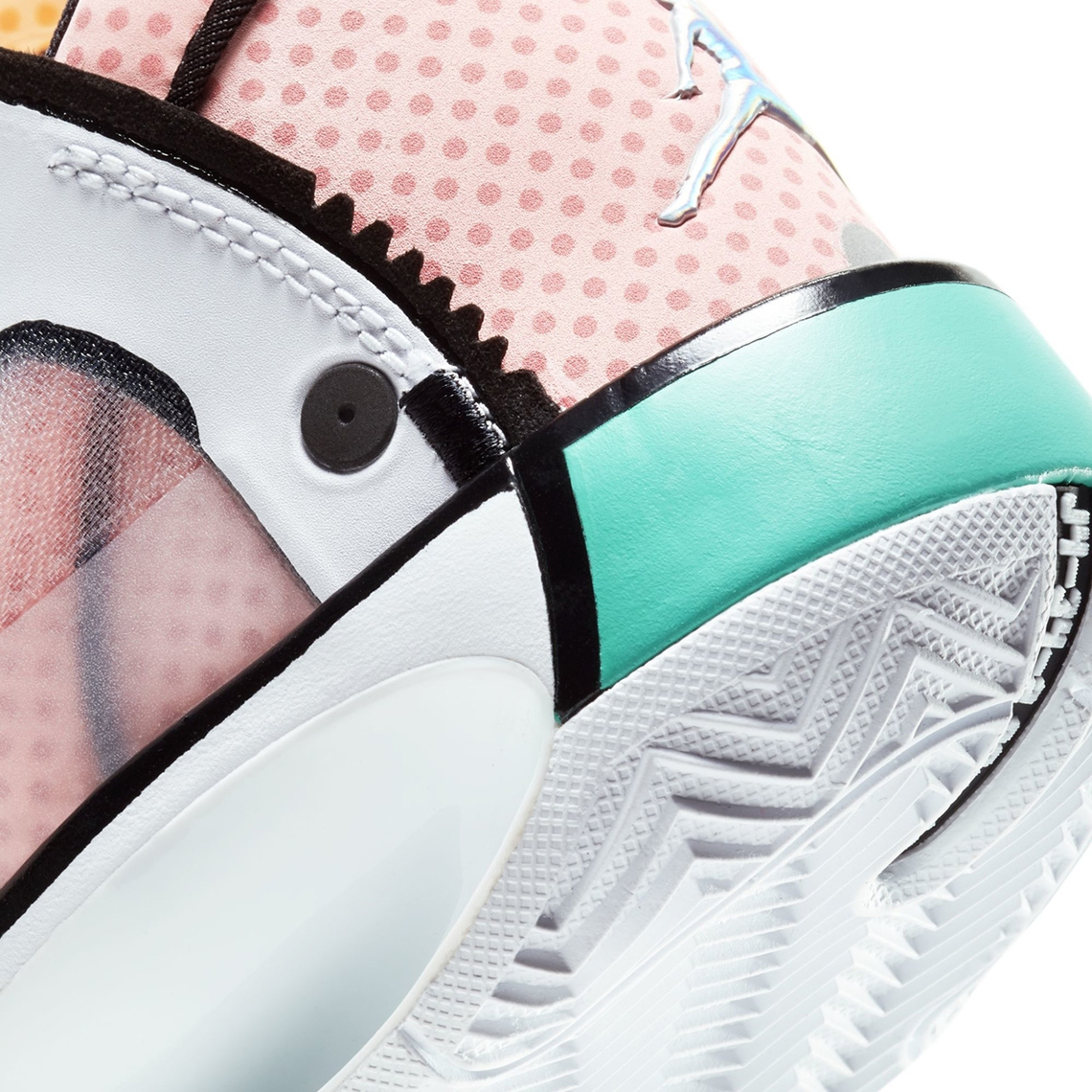 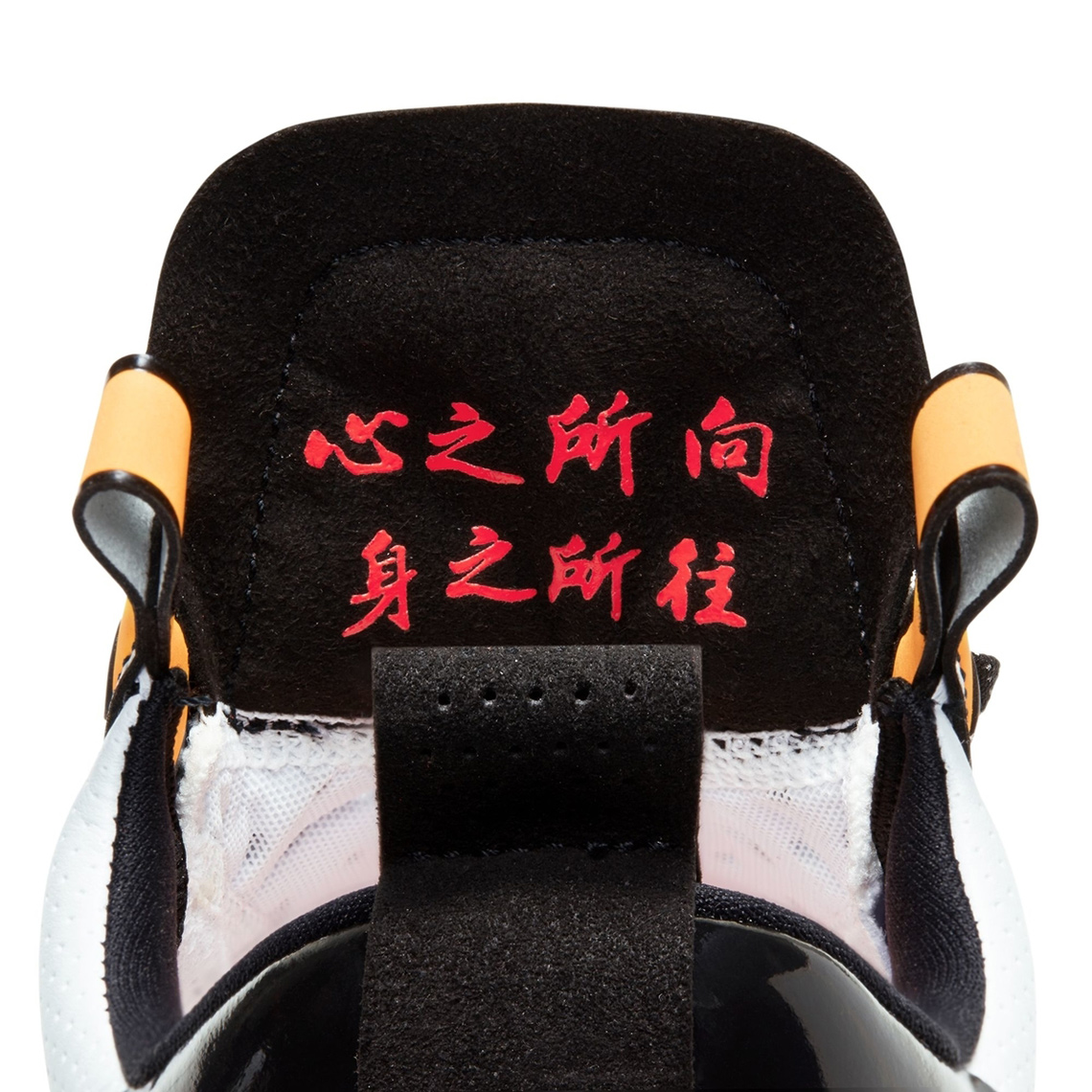