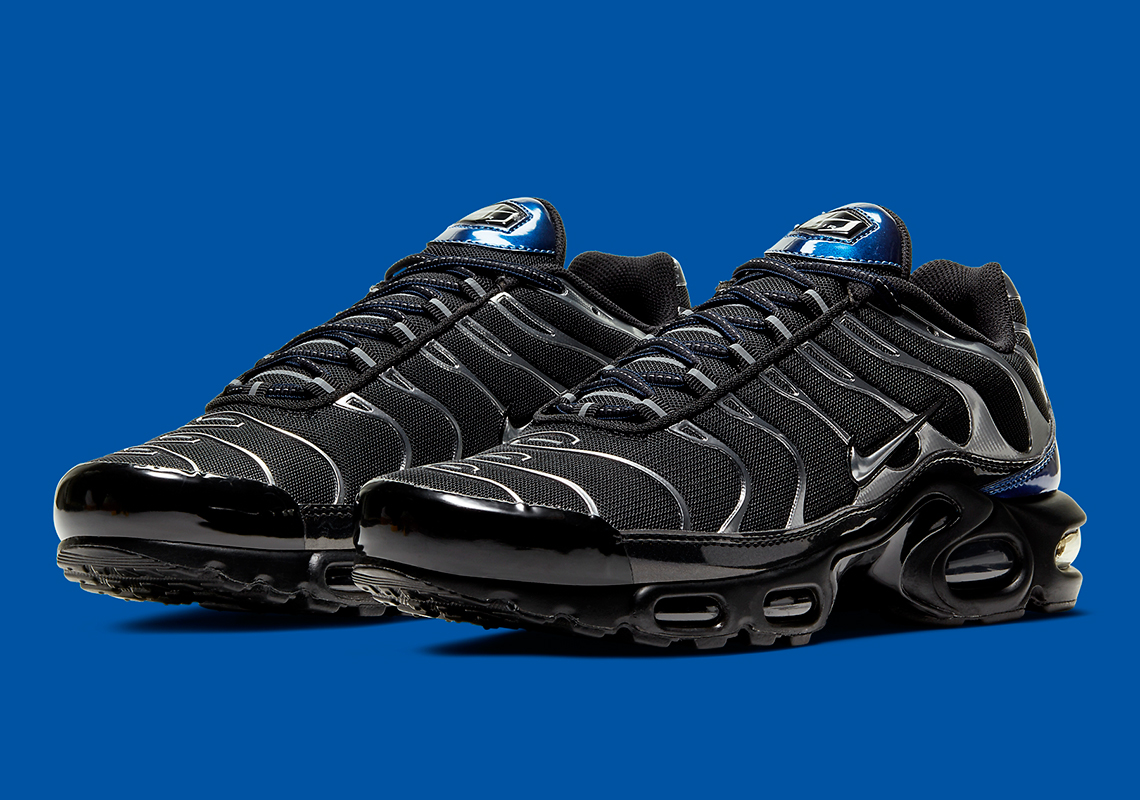 This Nike Air Max Plus Is Made For TRON Fans

Nike’s Air Max Plus had already been making a commendable effort this year to make its presence felt with a handful of in-line appearances, and the fact that it was recently announced that Supreme may have a collaborative rendition in the works, it is automatically placed back in the spotlight. Already recently seen in an unofficial Ultraman colorway a few weeks back, it looks as though the affinity for fictional film is continuing to be indulged in as this upcoming offering elicits similar vibes to that of Steven Lisberger TRON. The uppers, although mostly delivered in all black format, are upgraded with futuristic metallics via silver rib molds, and shiny blue heel overlays and tongues for a look reminiscent of the movie’s lightspeed motorcycles. And as if those shimmery doses weren’t enough, the mudguards also seem to shine with multi-colored iridescence when placed certain dimly lit settings. Grab a closer look at the official images of the pair here below, and expect these to be dropping on Nike.com and at affiliated retailers in the coming weeks. 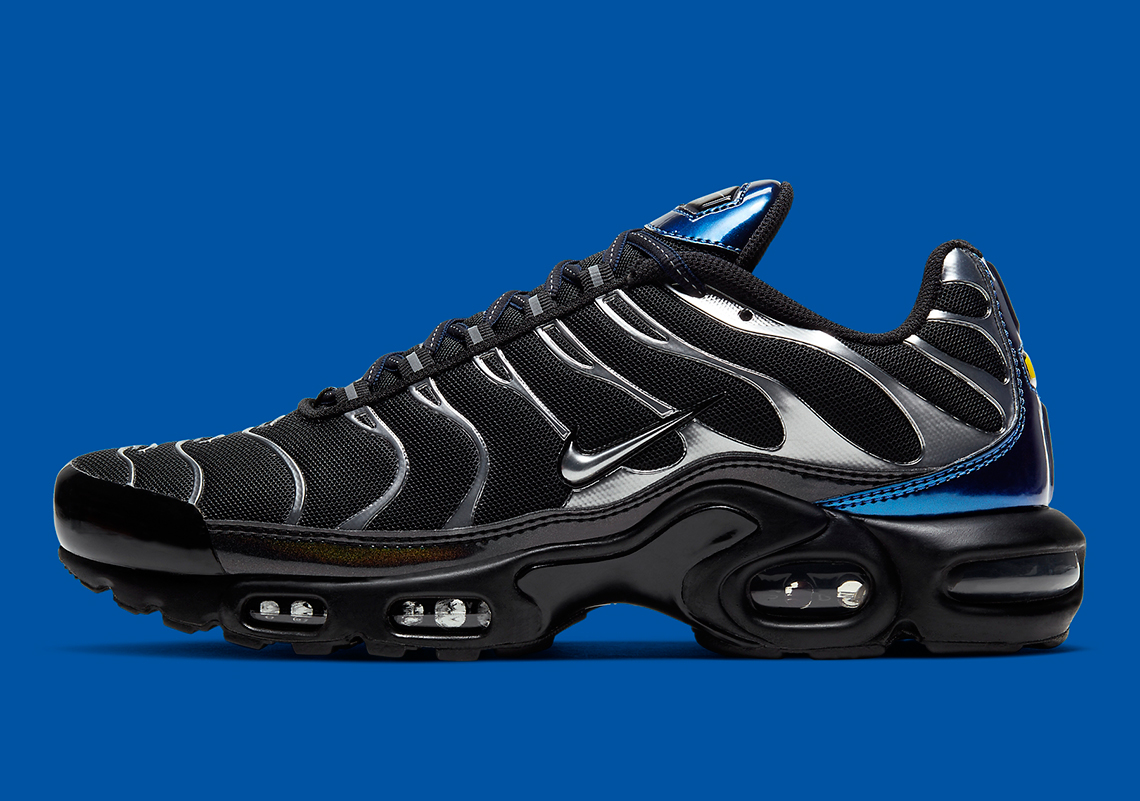 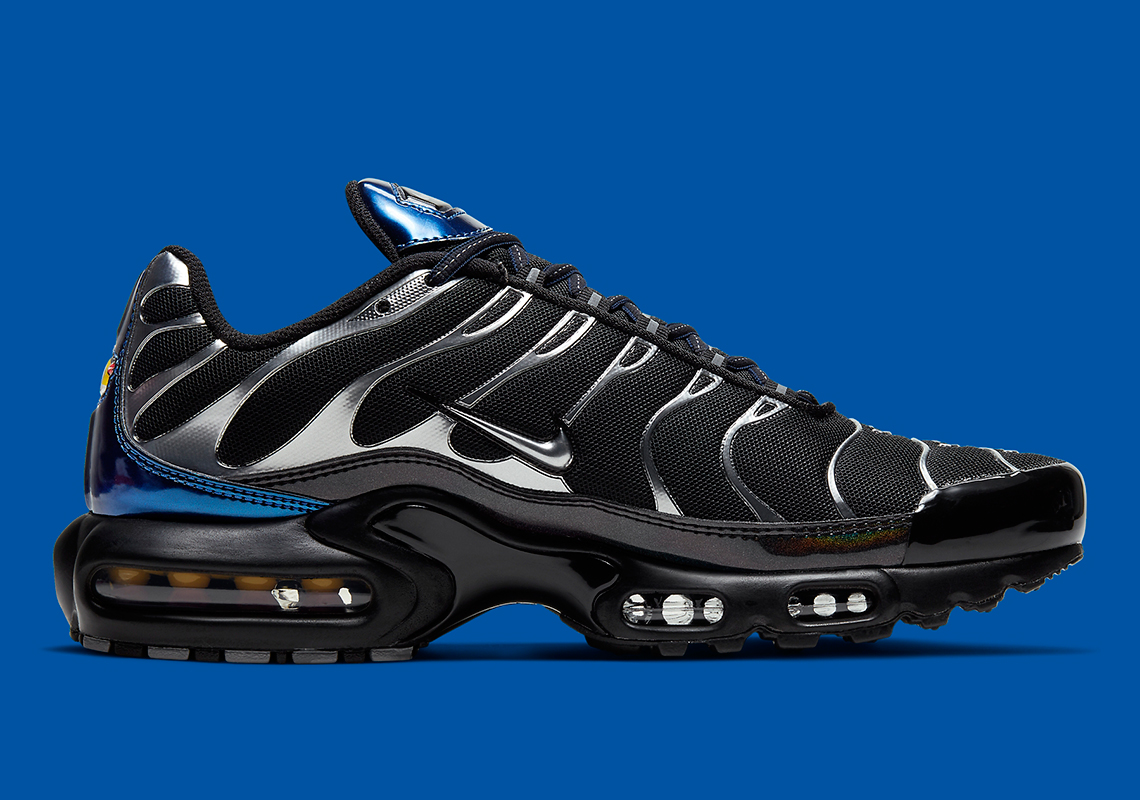 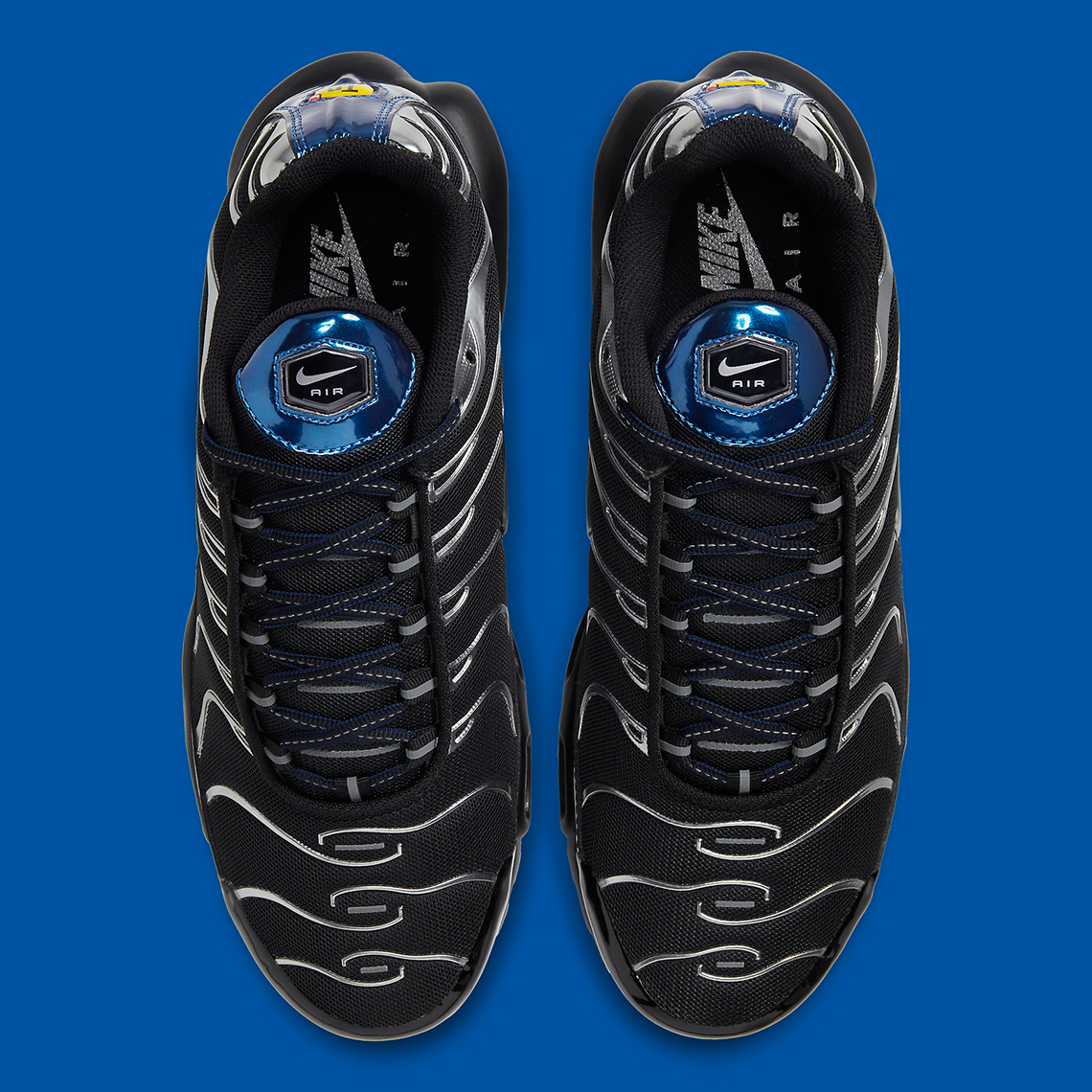 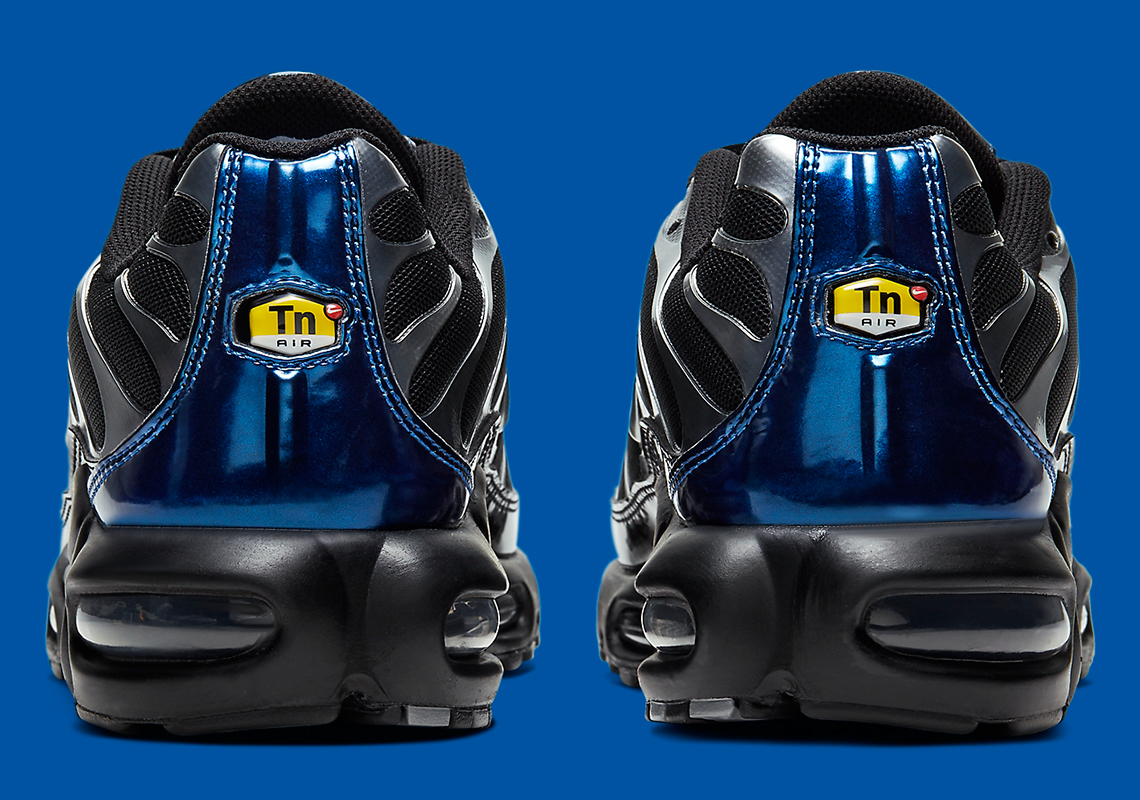 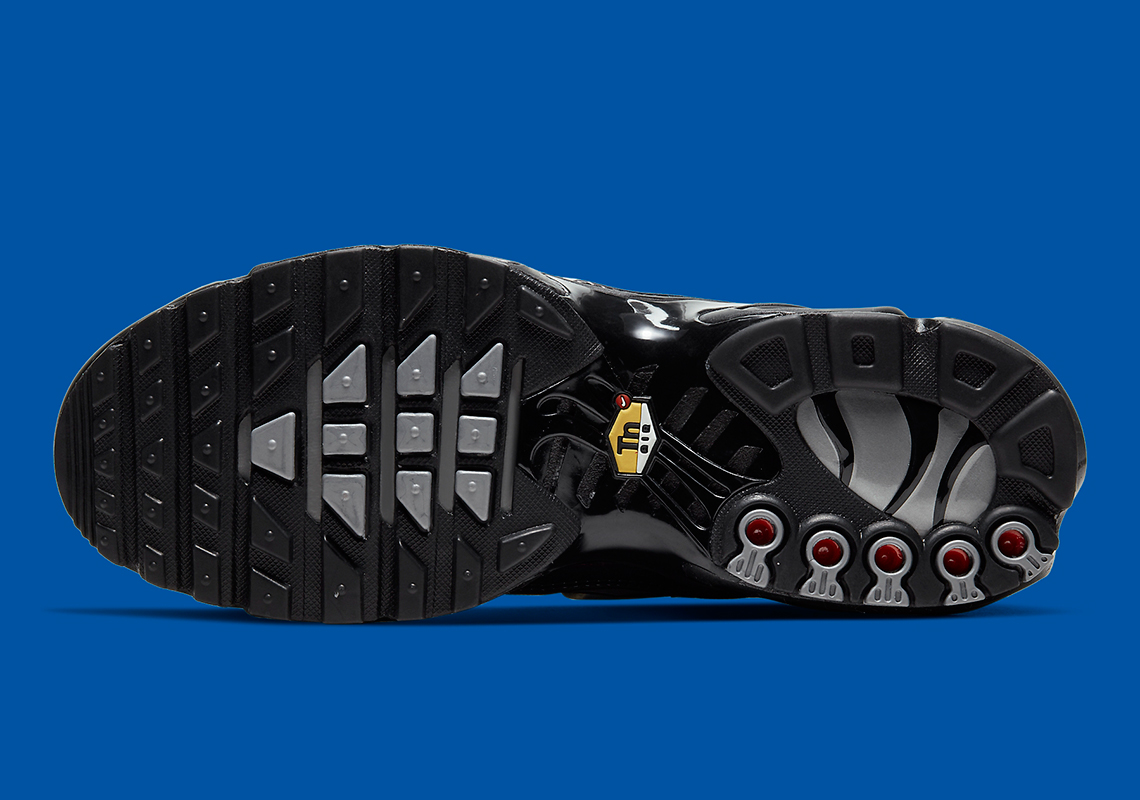