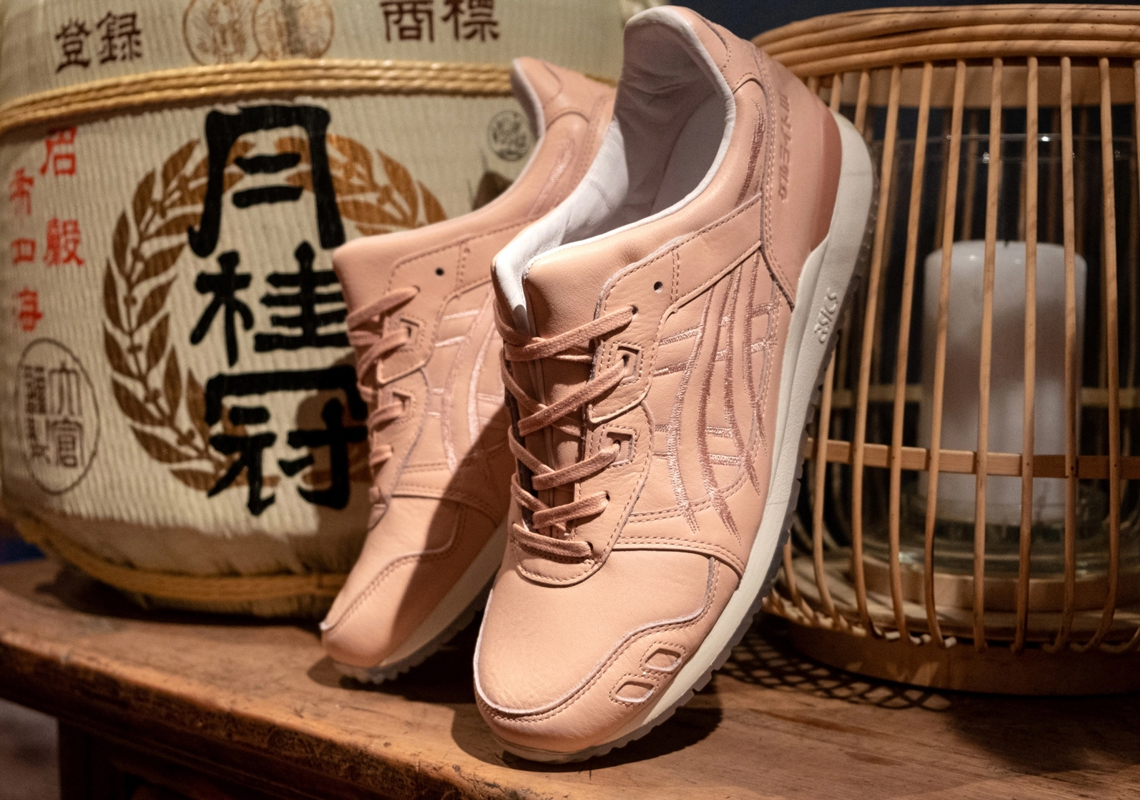 Over the past 30 years, the ASICS GEL-Lyte III has garnered an impressive roster of both general and special releases. And with pending collaborations with COMME des GARÇONS SHIRT and Sean Wotherspoon, the model’s 2020 is looking to continue this trajectory. ASICS’ next solo effort, however, draws inspiration from an unexpected place: Kobe Beef.

Considered a prized Japanese delicacy, the Wagyu cattle meat is known for its marbled-texture, flavor and tenderness. While most of these properties are difficult or impossible to faithfully recreate in sneaker form, they’re manifested in the GEL-Lyte III’s colorway and quality. Uppers are clad in Pink with only their collars deviating from the beef-inspired arrangement, and constructed with premium leather. Profile vector logos also partake in the playful tribute as they extend beyond their standard midfoot placement as to resemble Kobe Beef’s signature streaks. Lateral heel ‘GEL LYTE” text favors Japanese characters, further tying the pair to “The Land of the Rising Sun.” And given that the marquee silhouette is celebrating its 30th Anniversary this year, “19” and “90” motifs adorn the shoes’ left and right sides, respectively. At a glance, bottom-halves on this ASICS model don’t deviate from the standard, but further inspection of the outsoles reveals another clever nod to the pair’s muse. Visible through off-white translucent tread, butcher-like diagrams of the GEL-Lyte III are laid out, labeling the sneaker’s various parts.

Pairs of this Kobe Beef-inspired ASICS release are scheduled to hit European retailers on March 1st for €220. For now, enjoy a closer look at the shoes below and keep it locked here for any update on a potential stateside drop. 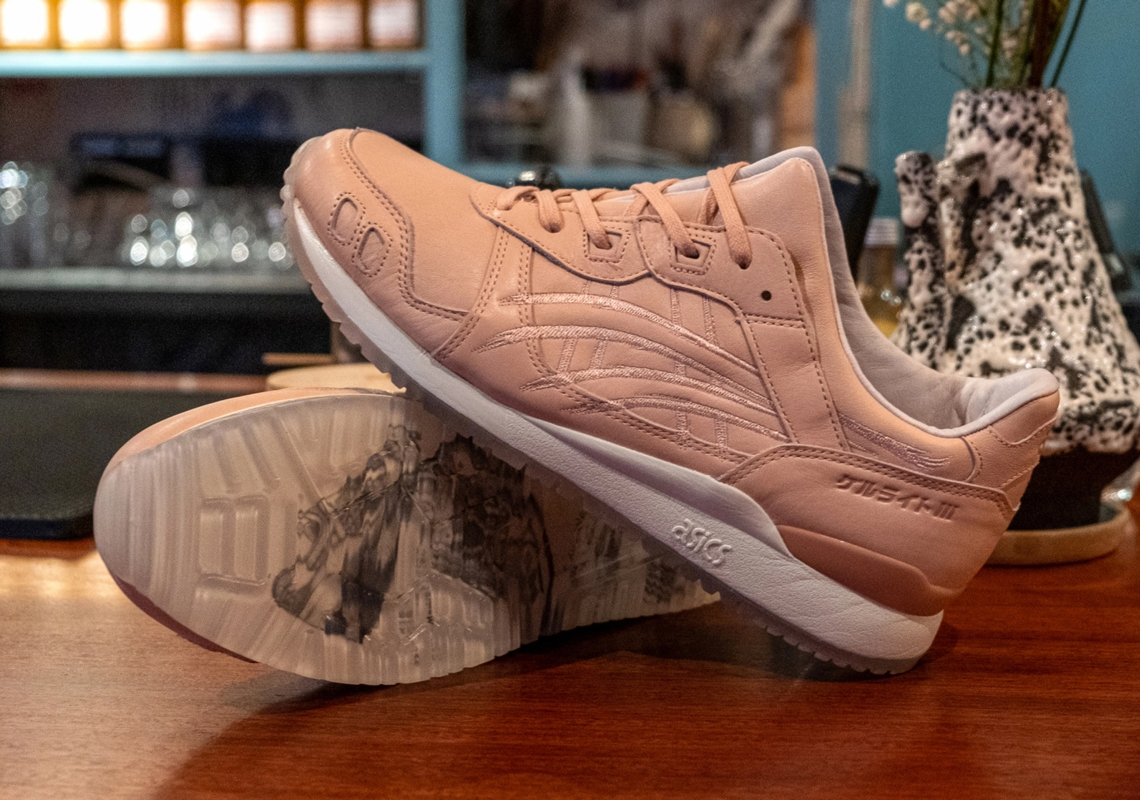 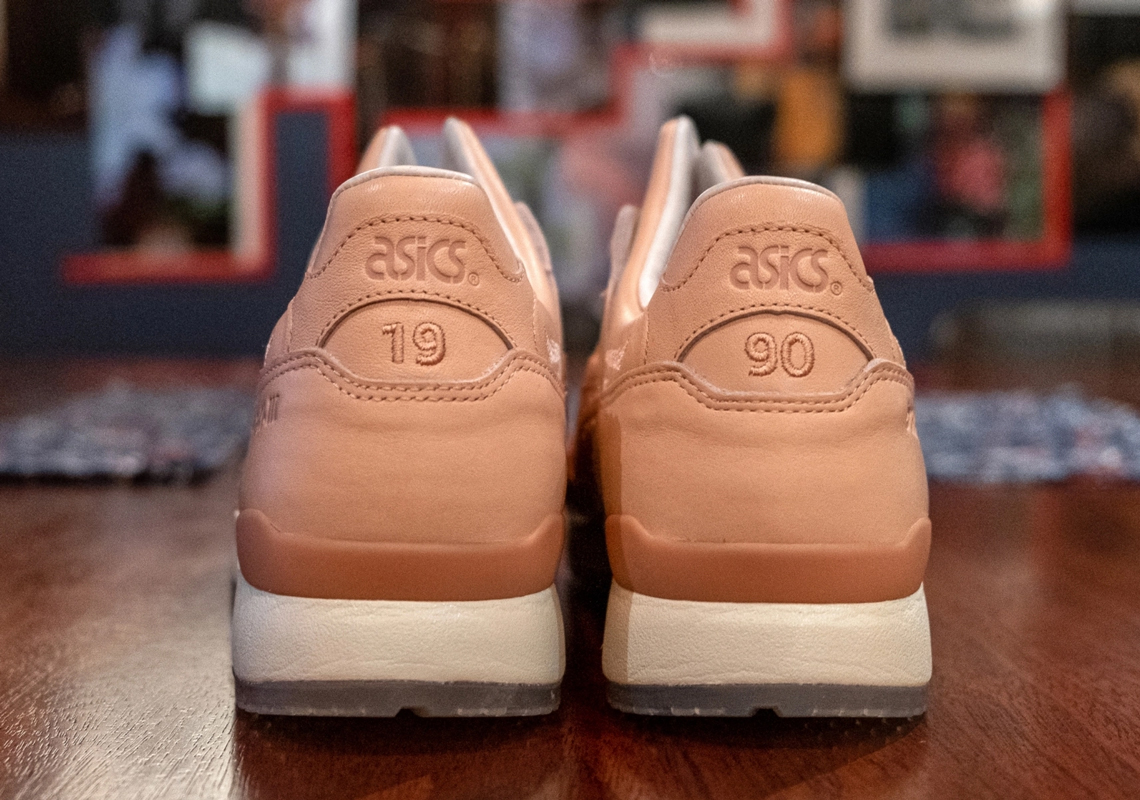