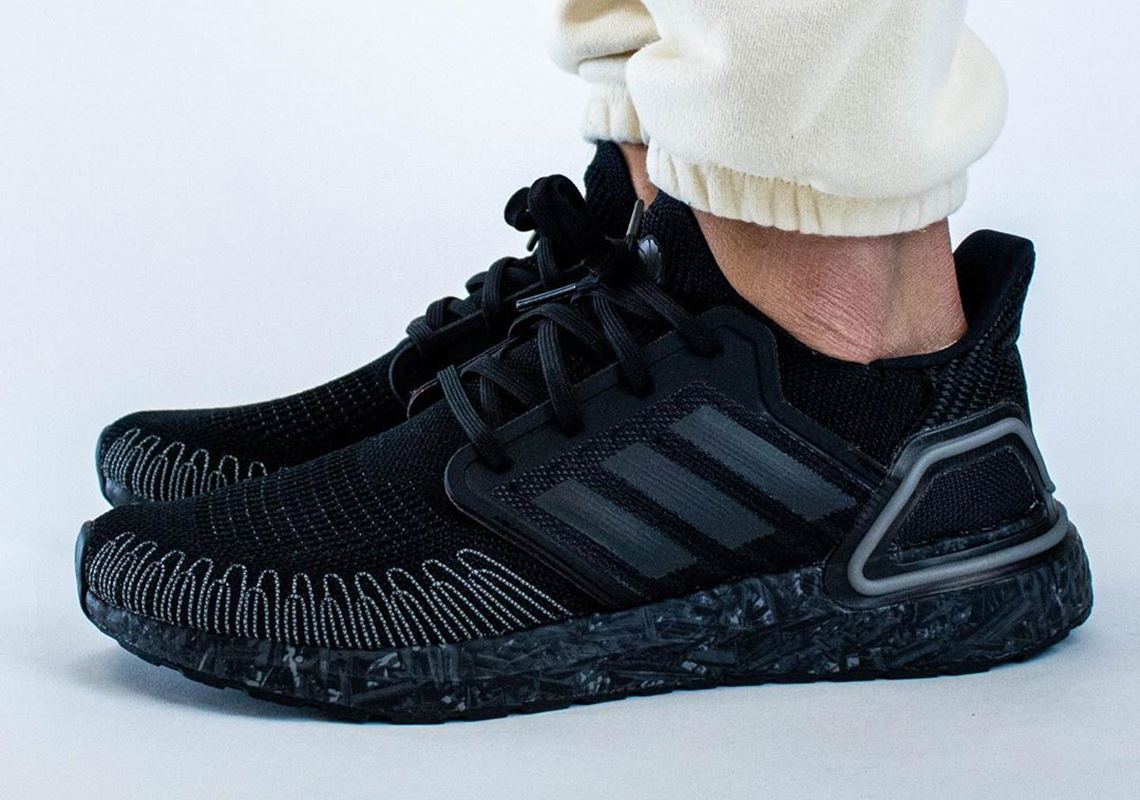 From the Avengers to Star Wars, adidas is proving themselves to be quite the cinephile, catching every worthwhile Triple A flick with a set of collaborative releases at their feet. But while the superhero and lightsaber antics of the aforementioned produced more than a few, it looks like James Bond’s take is much more focused with spotlight on the Ultra Boost 20. Themed for the upcoming entry into the series, “No Time To Die,” the pair remolds with espionage level coloring as it dyes essentially every accent in a dark, dark black. Primeknit weaves, cages, and the cushioning are tinted all the same, with the palette only departing to a complementing grey at few points: the classic gun barrel sequence portrayed at the tongue, the Three Stripes just along the side, and even the markings that sublimate unto the entire patterned bottom. Elsewhere, the silhouette keeps up appearances with 007 insignia embedded along the heel, the latter’s texture much more akin to kevlar than traditional mesh. Grab a detailed look at these on-feet right here and expect a release to drop close to the movie’s release on April 10th in the US.

UPDATE (04/27/2020):
The film corresponding to this adidas Ultra Boost 20 has been postponed until November 2020, which is when the sneaker is likely to launch. 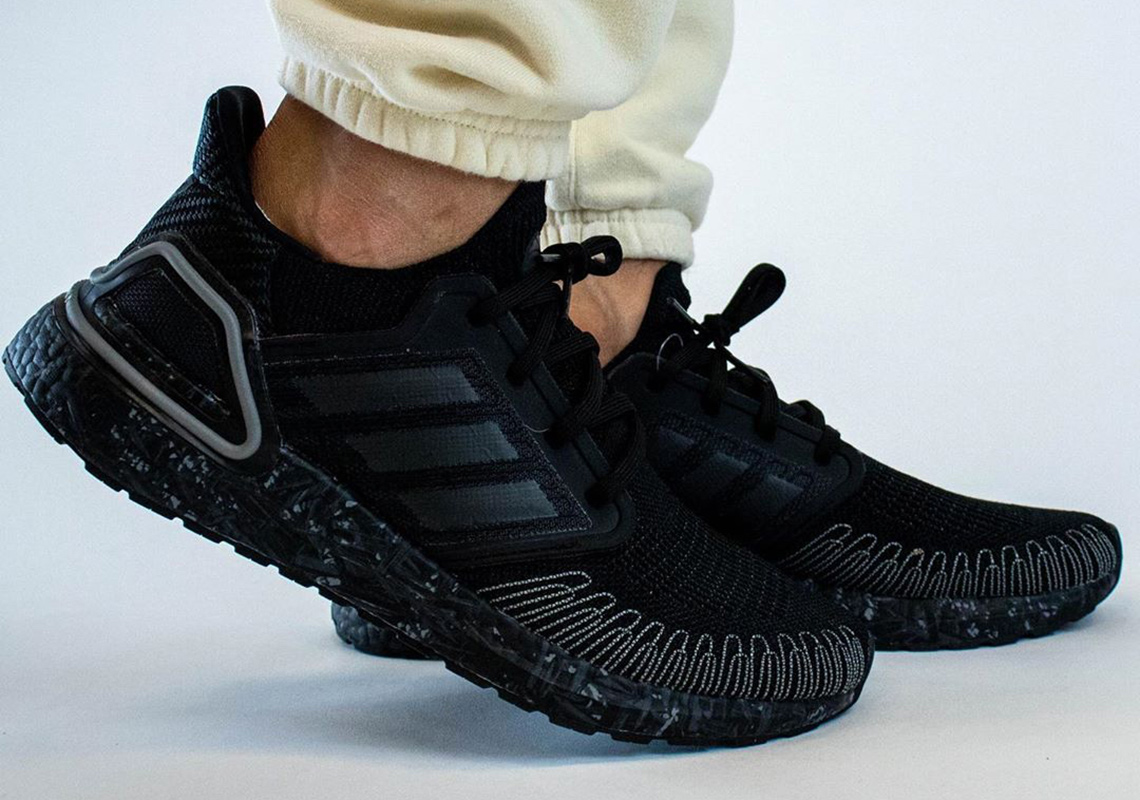 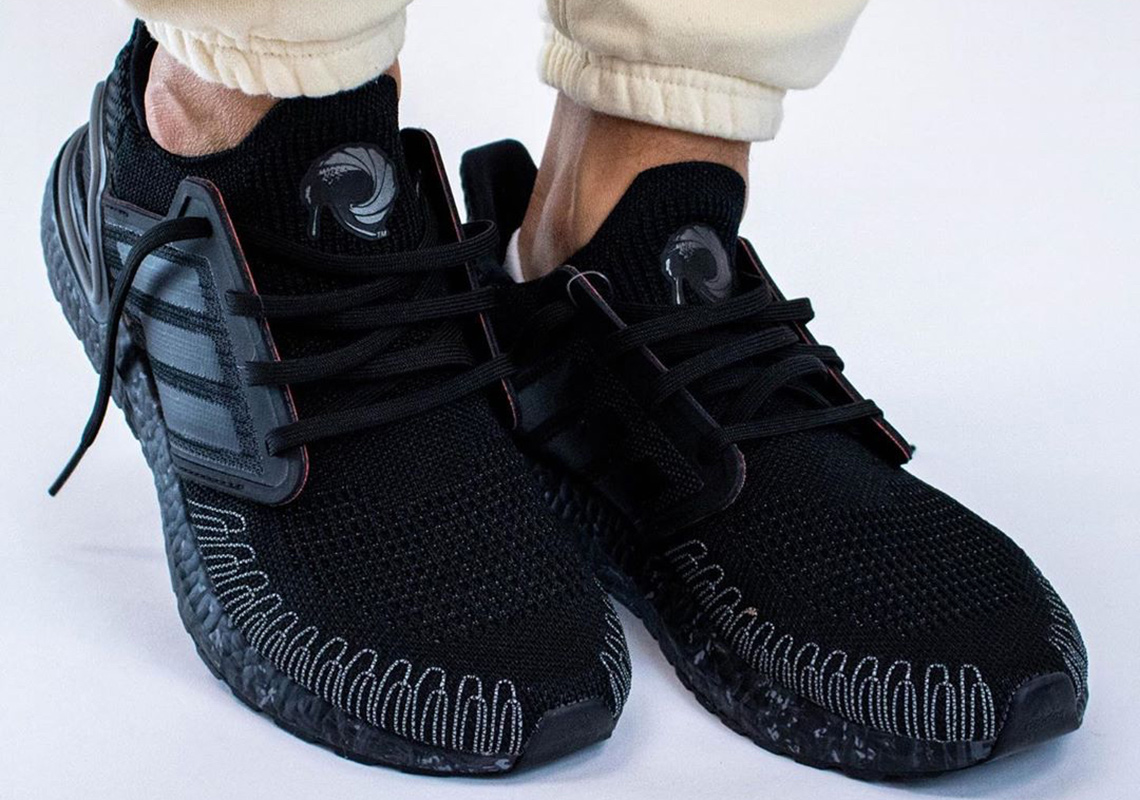 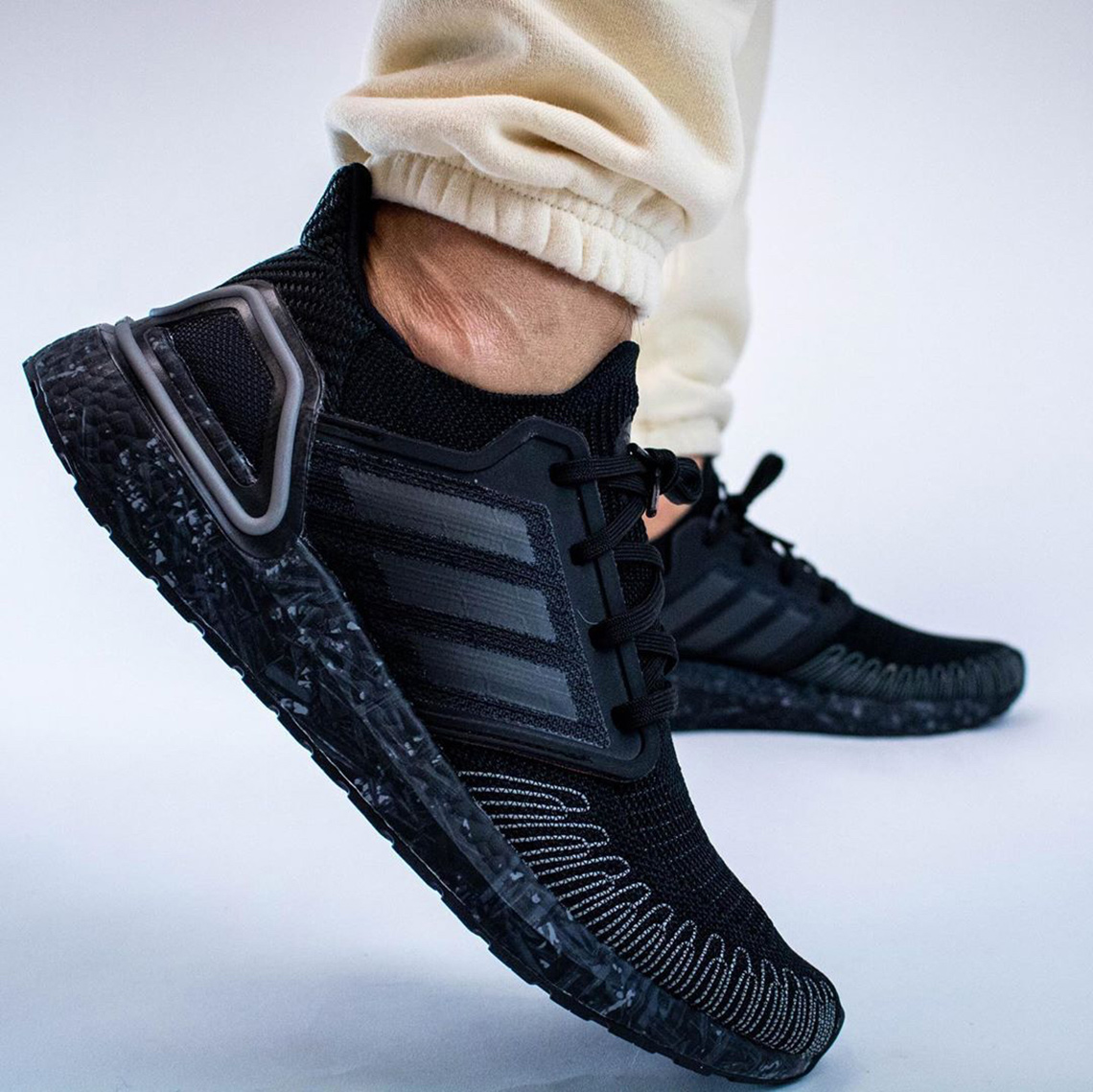 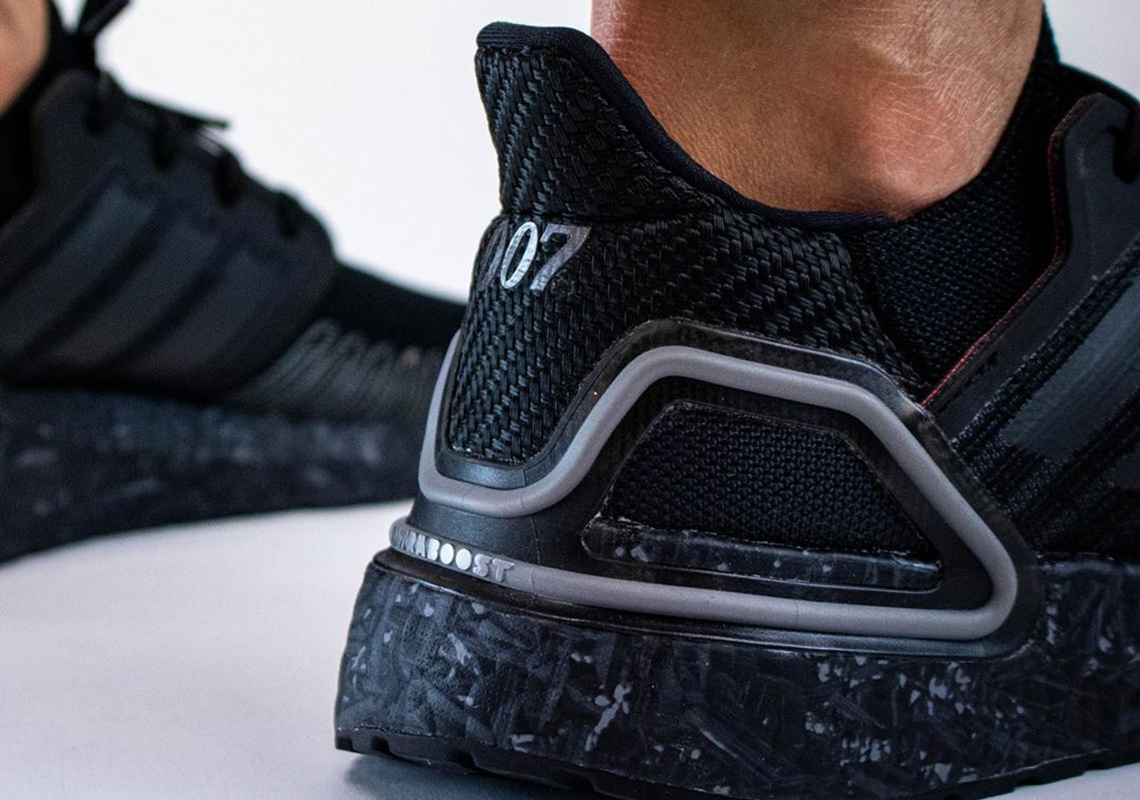 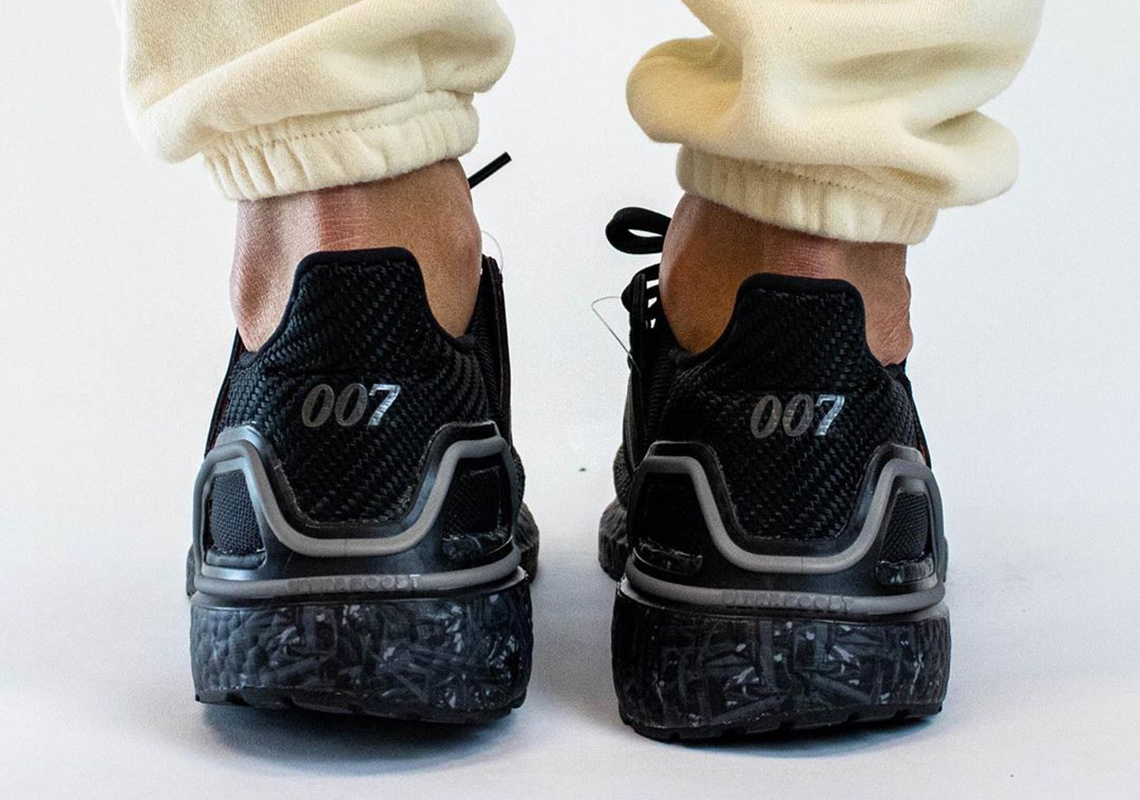