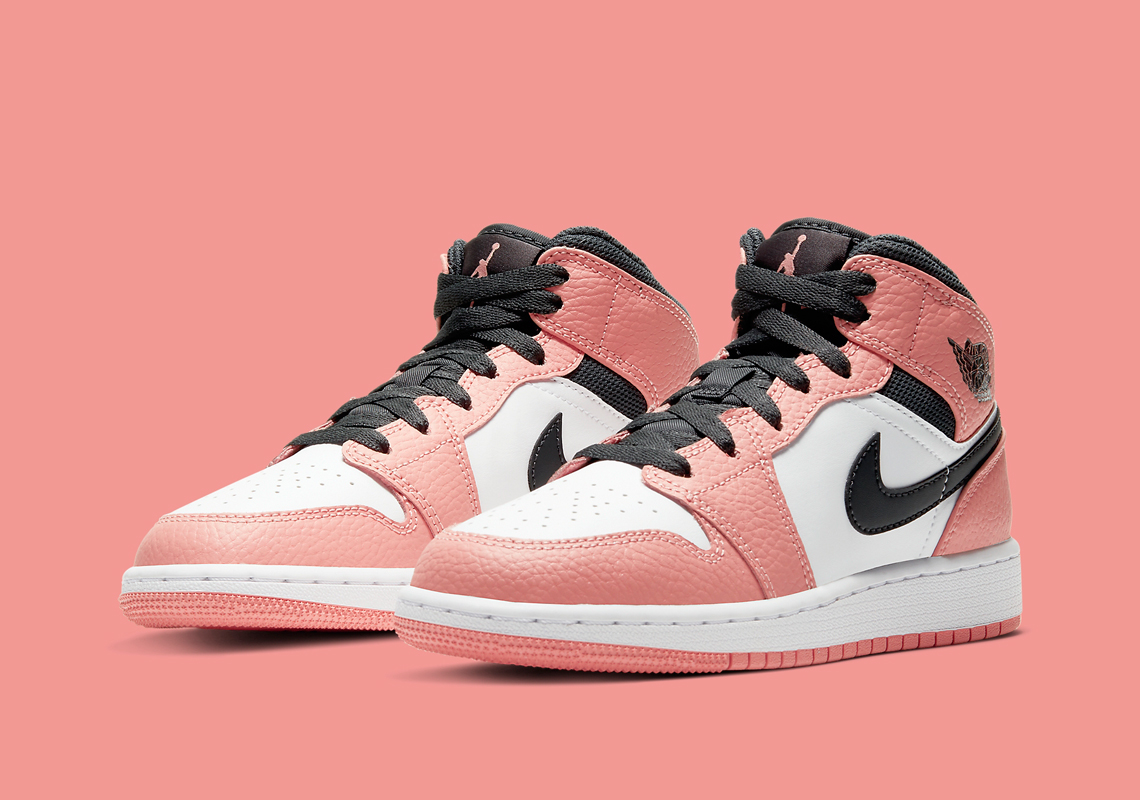 Despite the Air Jordan 1 Pine Green arriving this weekend, Jordan Brand isn’t slowing down its retro cycle. It is, however, briefly switching focus from Adults to younger sneakerheads in the family with this “Pink Quartz” pair.

The Jordan 1 Mid has garnered a reputation of being the most experimental variant of Michael Jordan’s first signature shoe. Recently seen doing its best disco ball impression and constantly revisiting Melody Ehsani-like colorblocking, the silhouette’s upcoming drop keeps things tame. Colorless toe boxes and midfoot panels set the stage for the the “Pink Quartz” arrangement. Ankle flaps and heel panels feature the Rose hue just as on the Jordan 1 Rust Pink from 2017, but the soft tone spills onto the mud and lace guards on this Girls’ release. “Dark Smoke Grey” offers further contrast at the nylon tongue, mesh collar and profile branding. Down below, “Pink Quartz” makes a final statement as it covers the White midsole’s tread.

Grab a closer look at this mid-cut Jordan 1 for Girls here below. While no release information has been confirmed, pairs may hit Nike.com around March 8th to coincide with International Women’s Day.

In other Swoosh-related news, the React Presto has recently added outer space graphics to its roster. 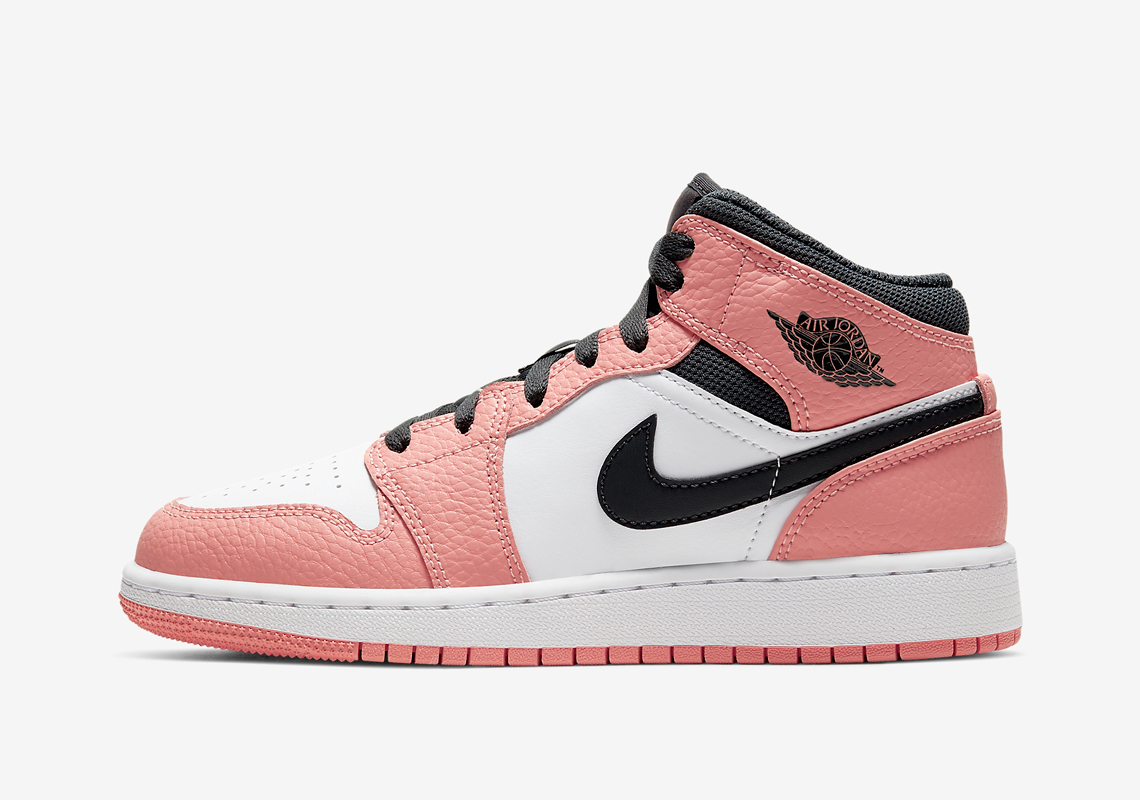 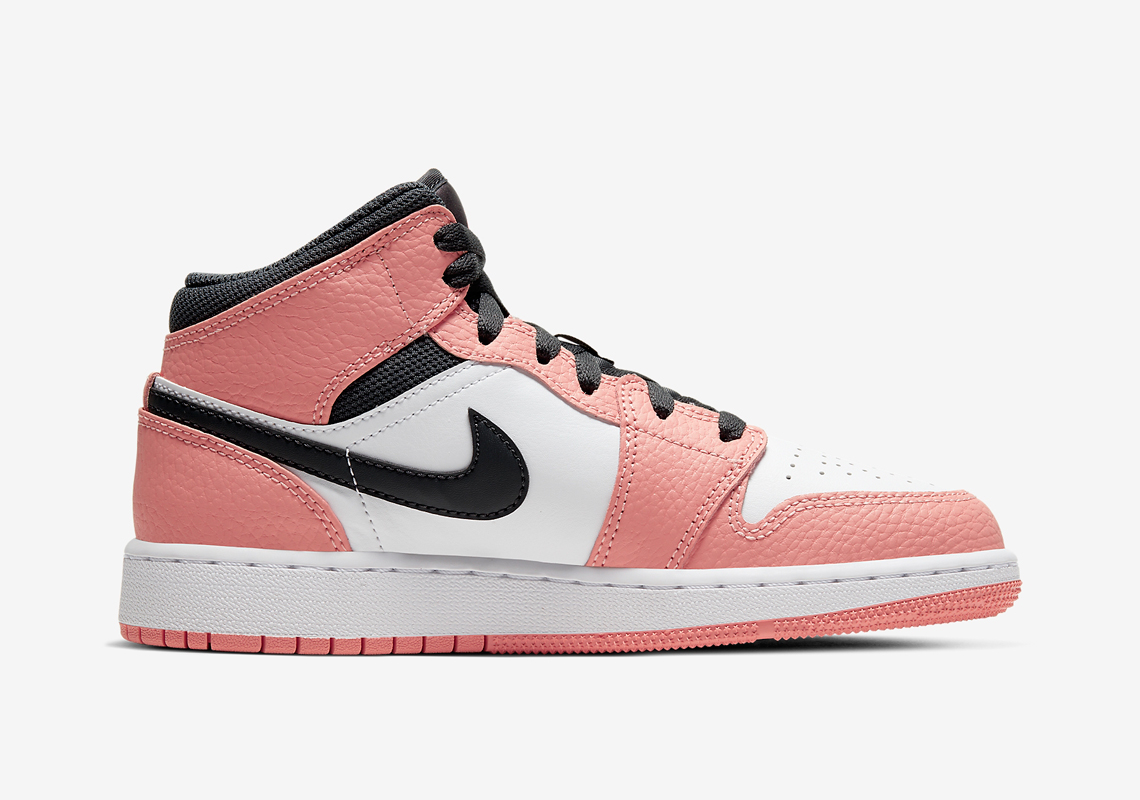 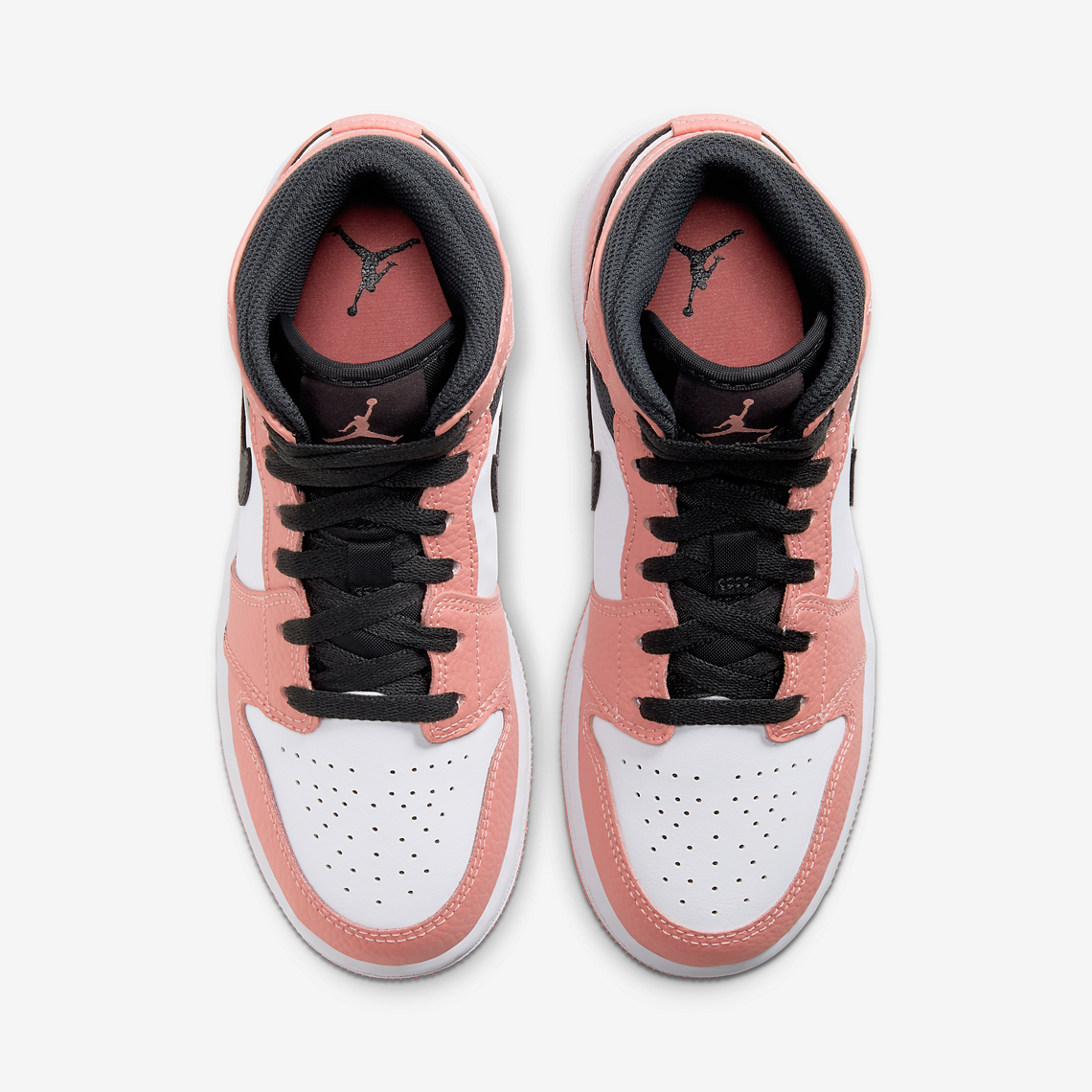 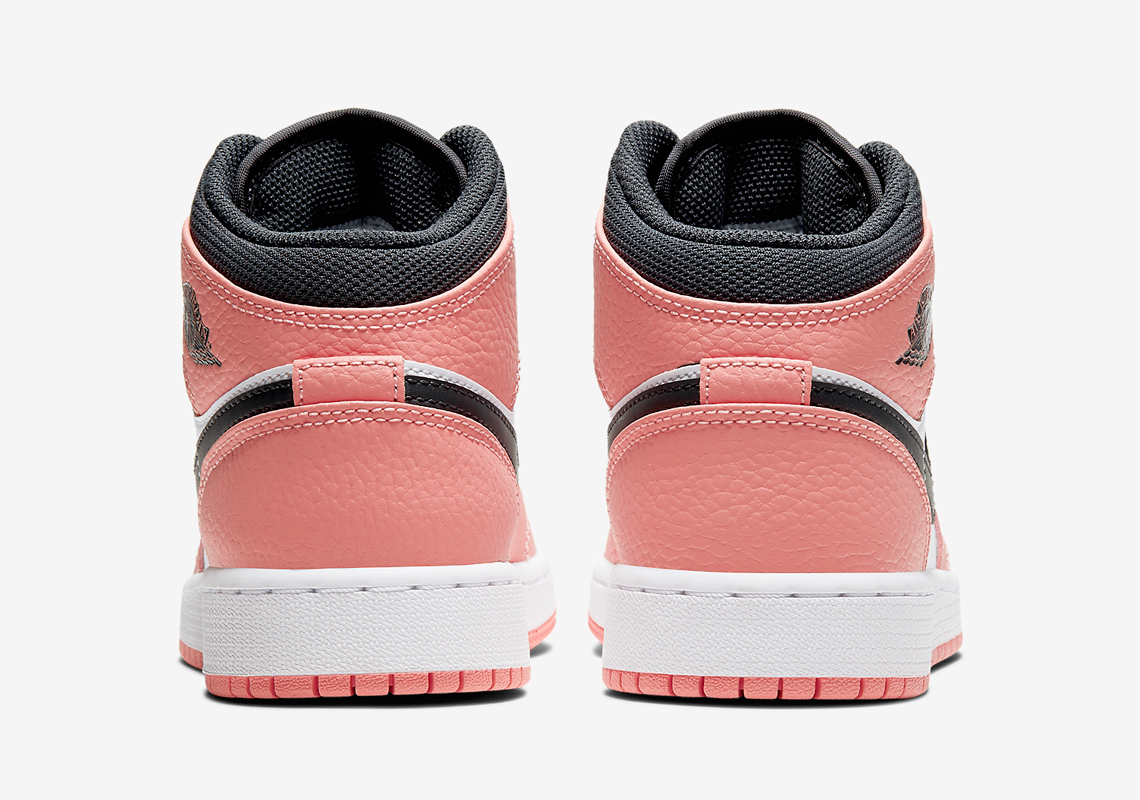 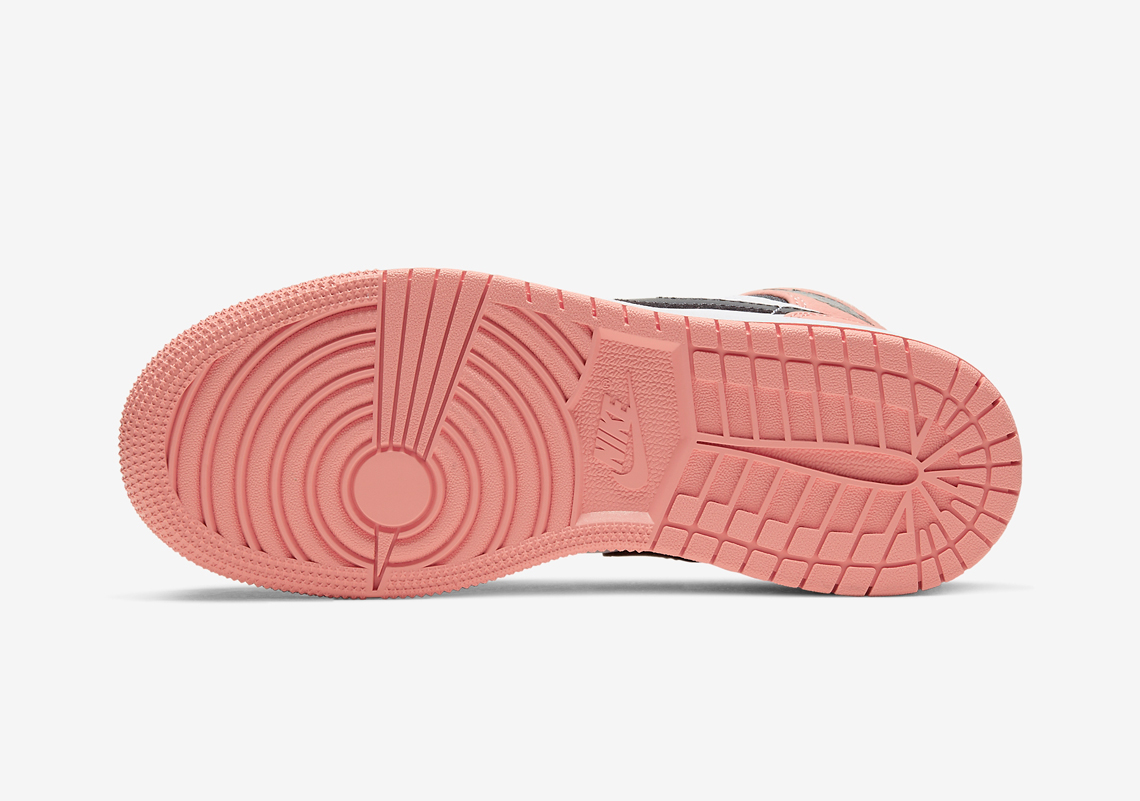 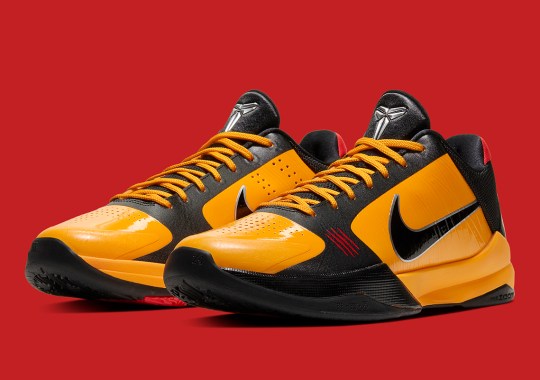