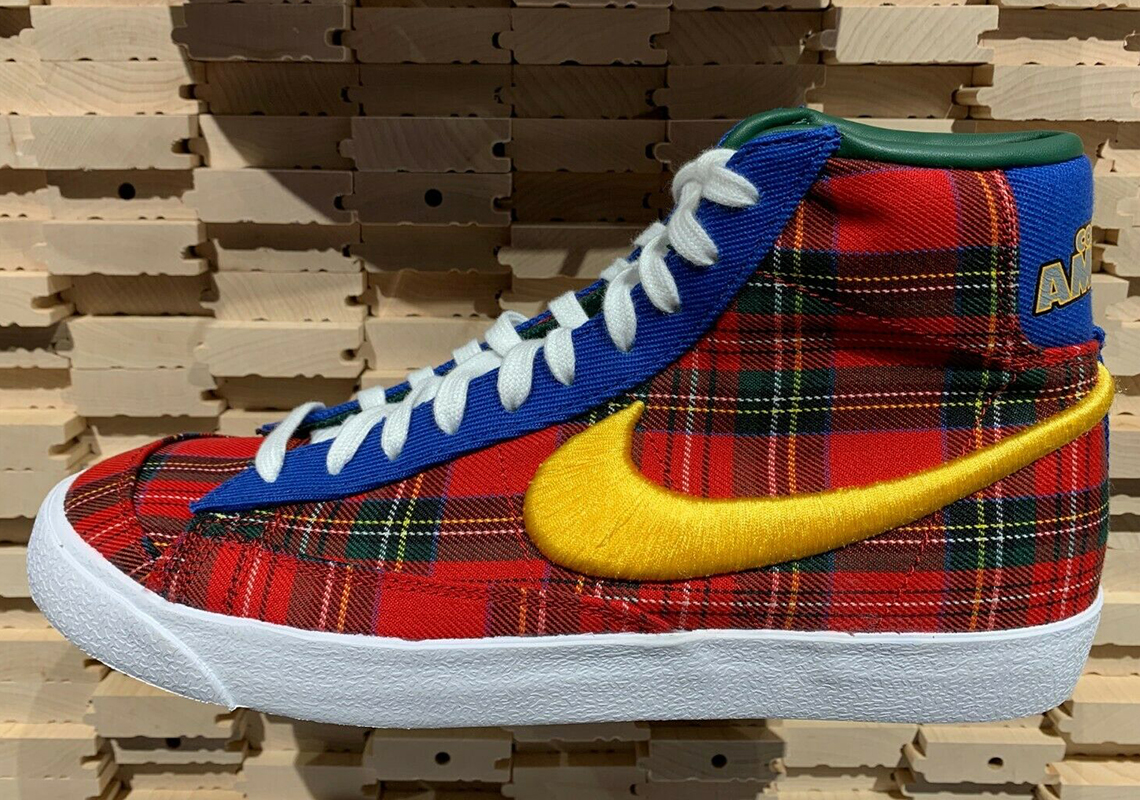 As a result of Giannis Antetokounmpo’s immeasurable love for the film Coming To America, Nike was likely subjected to a marathon of viewings, possibly enabling the team to recite lines word for word. And with that came an interest in some of the universe’s most iconic references, with many taking the form of footwear by way of the aforementioned athlete’s line of signature silhouettes, whose last in the three-part series plays on the diegetic fast food chain McDowell’s. Now, quite a few days off its release, the Blazer Mid is dressing to the image of the “Employee of the Month,” covering its entire constructions in the recognizable plaid print. Elsewhere, dark blues round off the uniform with contrasting embroidered swooshes whose finish brightens up in gold-adorned thread while “COMING TO AMERICA” emblazons the heel big, bold, and in silver metallic lettering. Grab a detailed look at these right here, and though there are a few pairs floating around secondhand markets, it’s possible they’ll still catch retailers and Nike.com within the coming months.

In other Giannis Antetokounmpo-related news, the Zoom Freak 1 is dropping in an “Oreo” colorway next month. 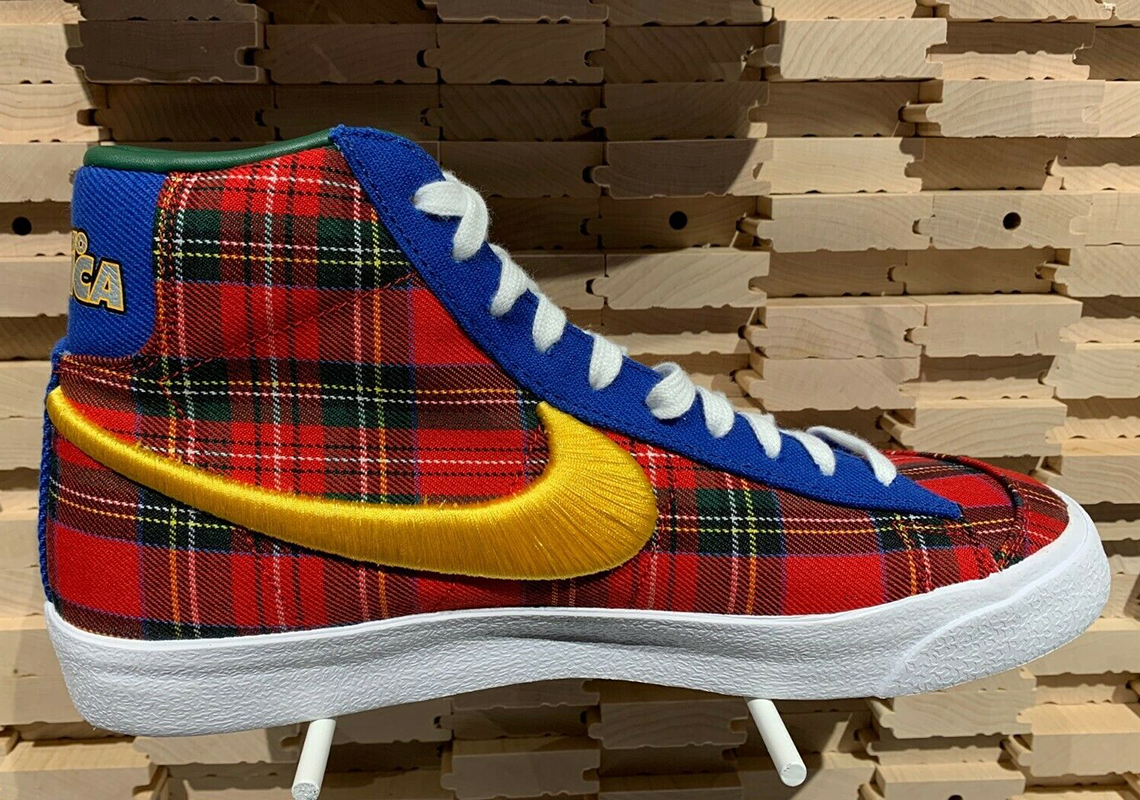 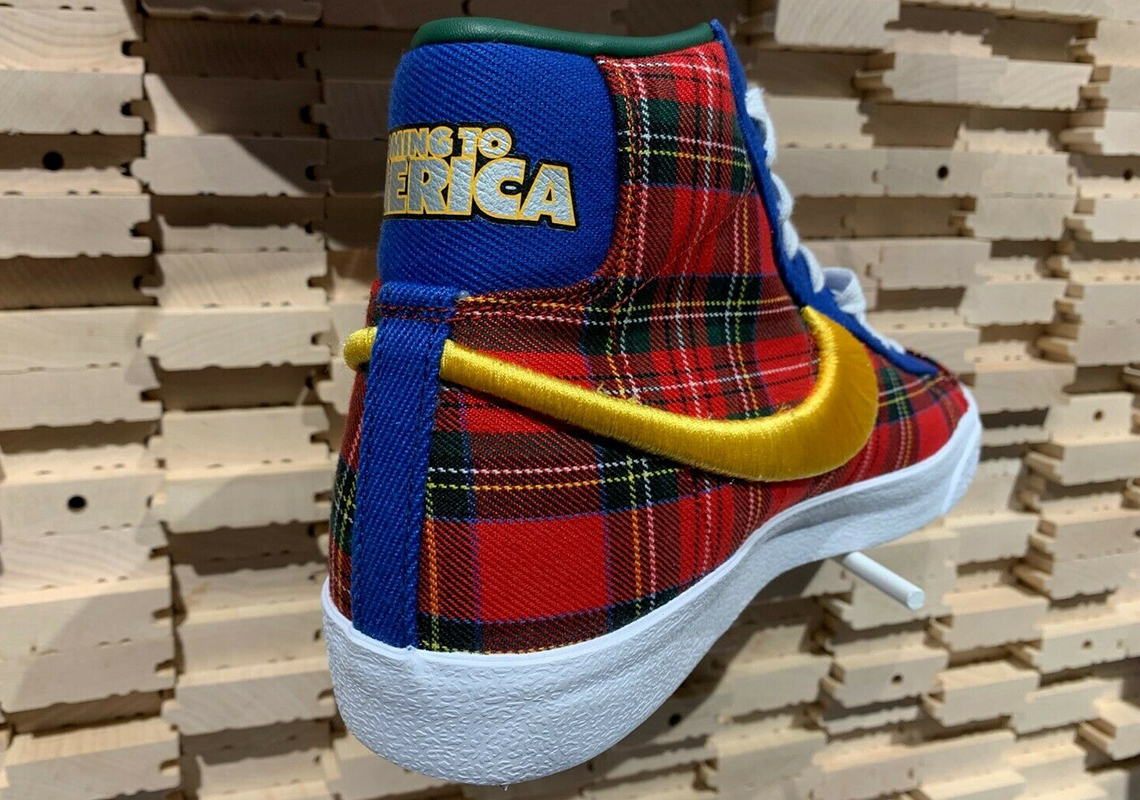 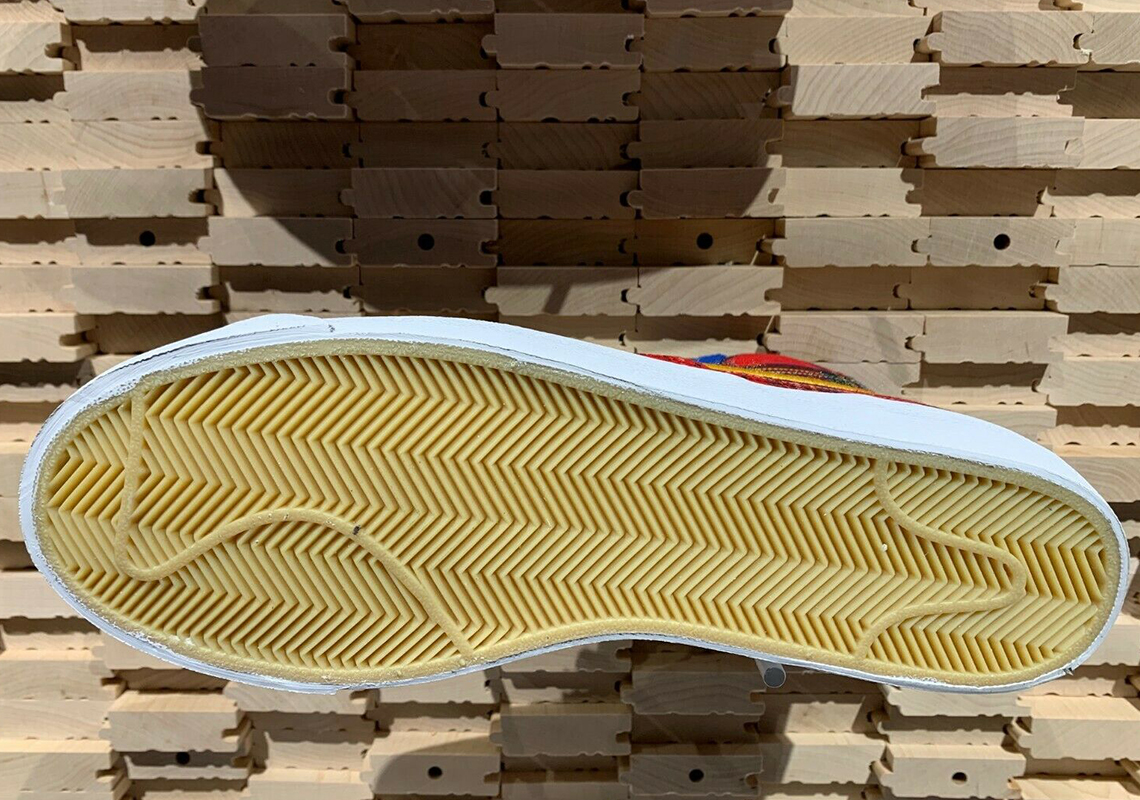