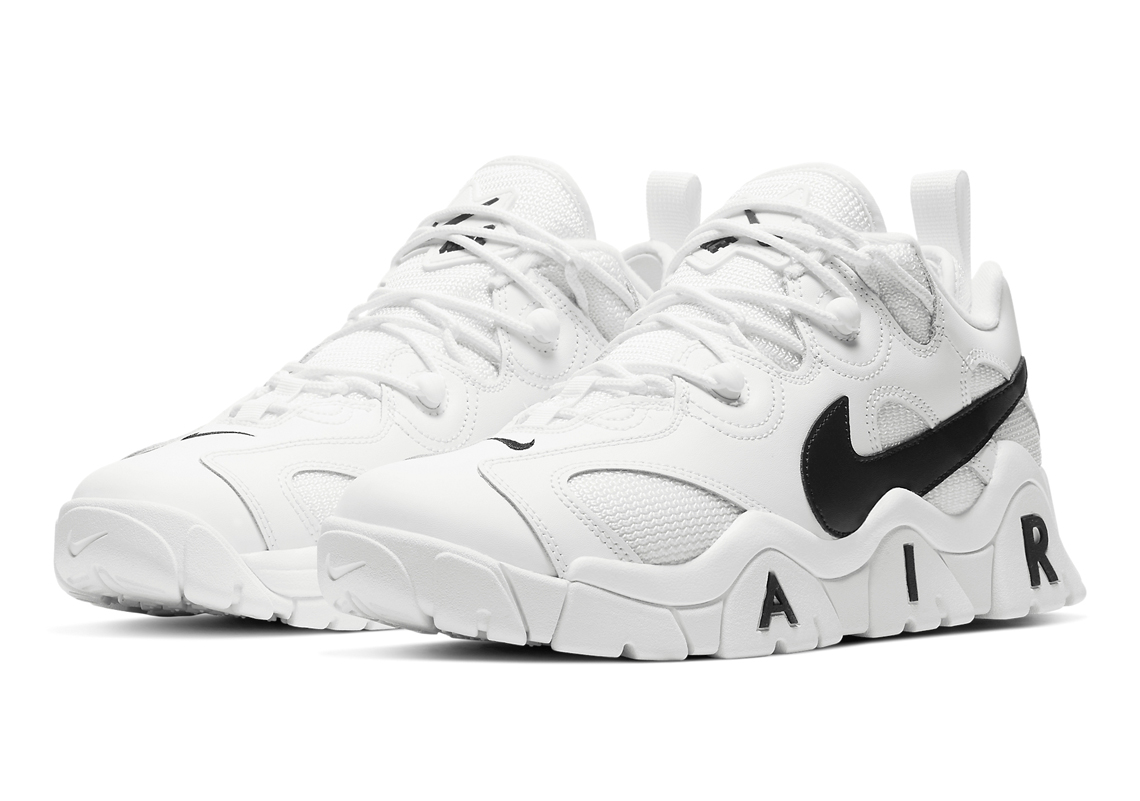 Despite awaiting the futuristic Air Max 2090 and Space Hippie collection, Nike’s footwear roster has recently added archival options. Among them, the Air Max Triax and Zoom Spiridon Caged from 1996 and 2003, respectively, as well as the Air Barrage Low.

Following up its near-original “Black/White” return earlier this month, the low-top Air Barrage has recently surfaced in flipped arrangement. Mixed leather and mesh uppers keep their “begging-to-get-dirty” makeup, just as bottom-halves. Like in the ’90s, the only contrast to this “Summit White” colorway comes via the model’s audacious branding. Partly-hidden profile Swooshes complement “AIR”-lettering at the midfoot, which Kid’s sizes from ’96 replaced with “NIKE,” to make the Barrage’s boldest statement. Elsewhere, “Black” also takes over logos on the forefoot, tongue, insole, heel and outsole.

No official release information has been confirmed for this yin-and-yang Air Barrage Low, but pairs are likely to hit Nike.com as Spring approaches. For now, enjoy official images of the shoes here below.

In other Nike news, the SB Blazer Edge recently appeared in another “Hack Pack” style. 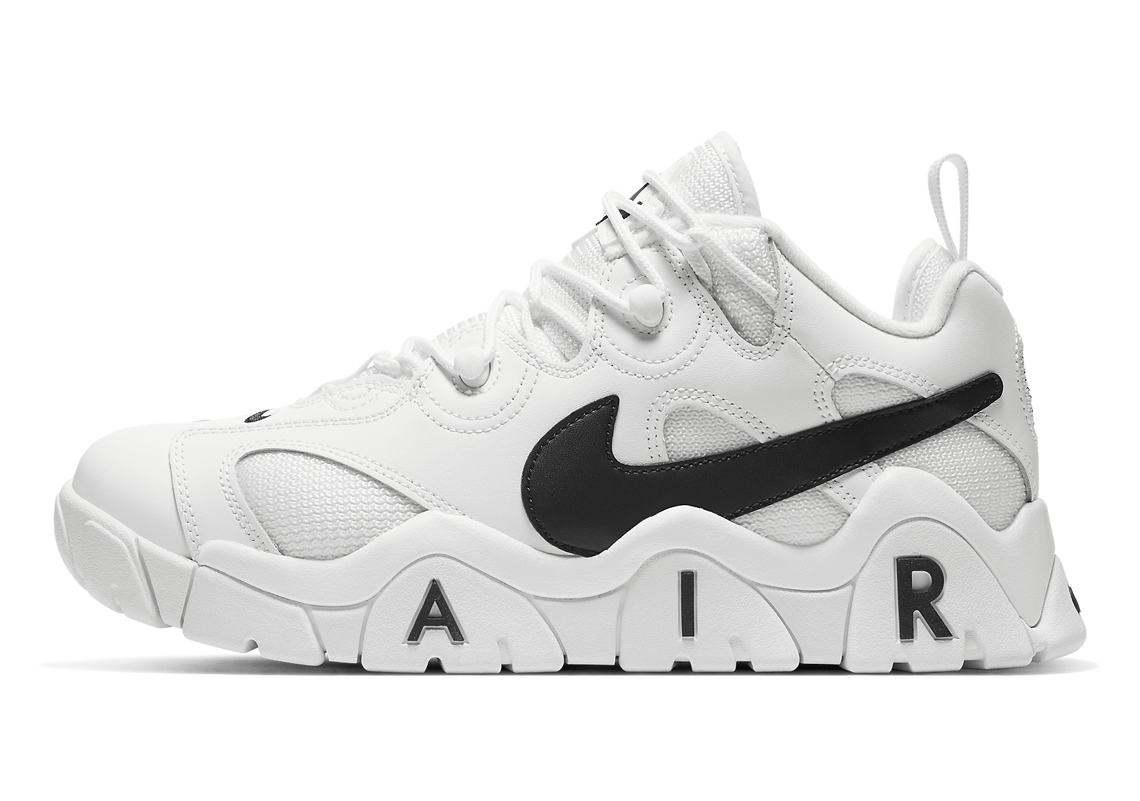 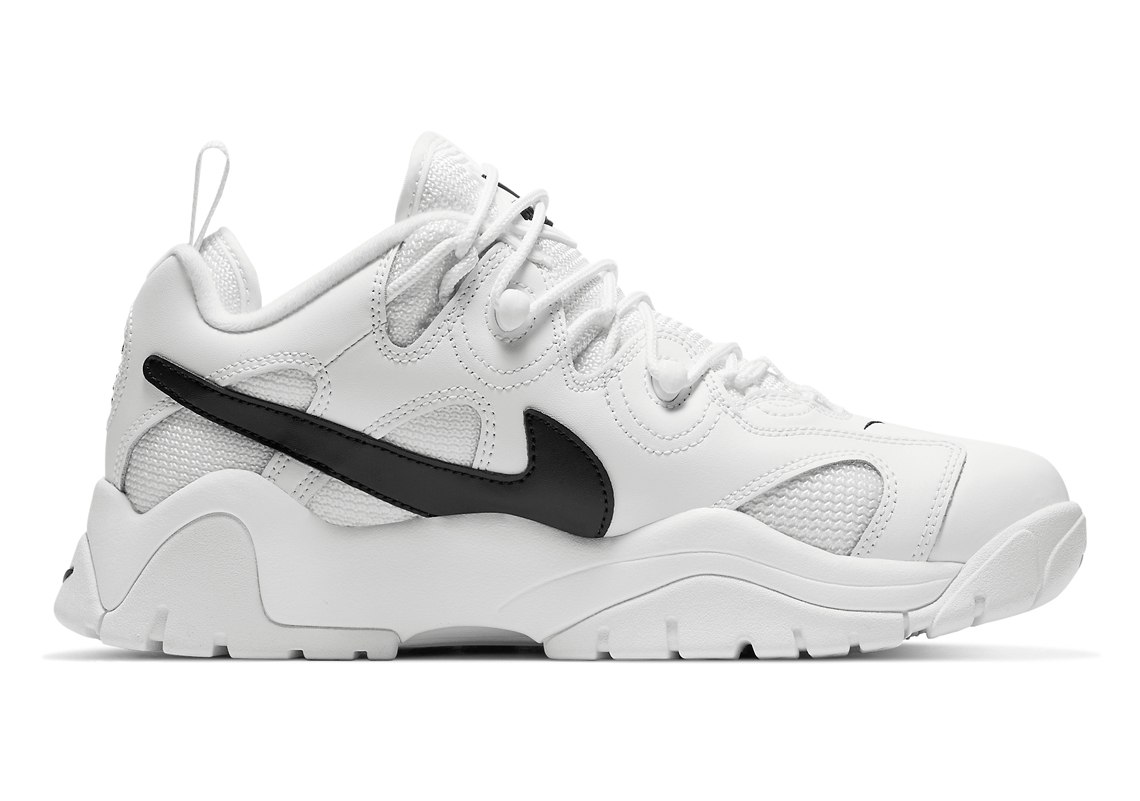 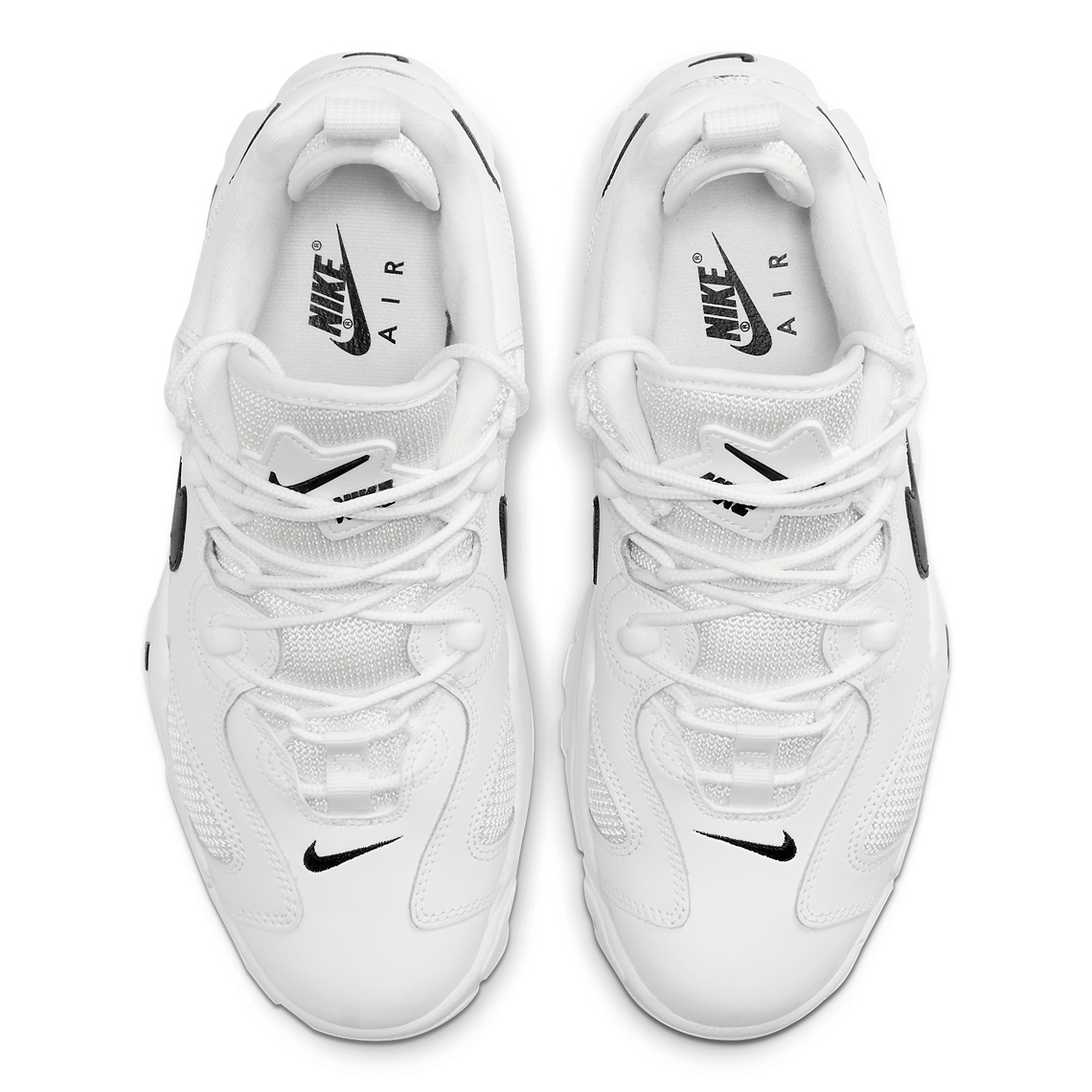 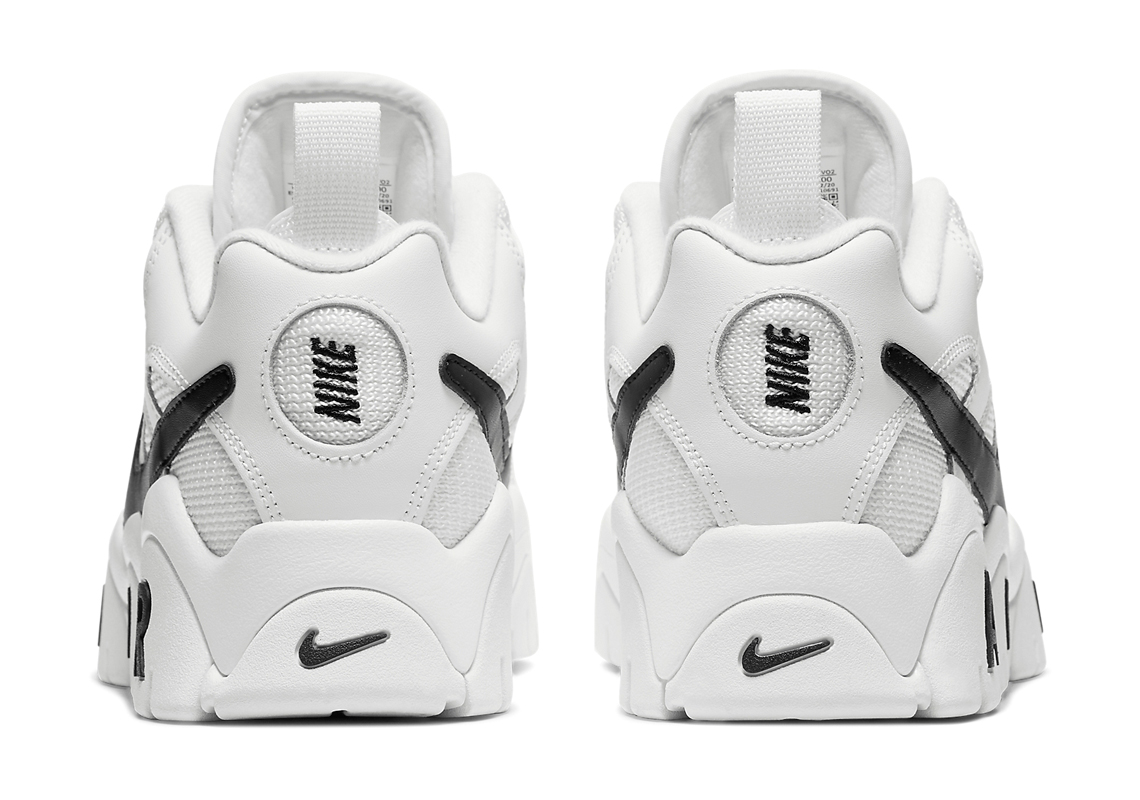 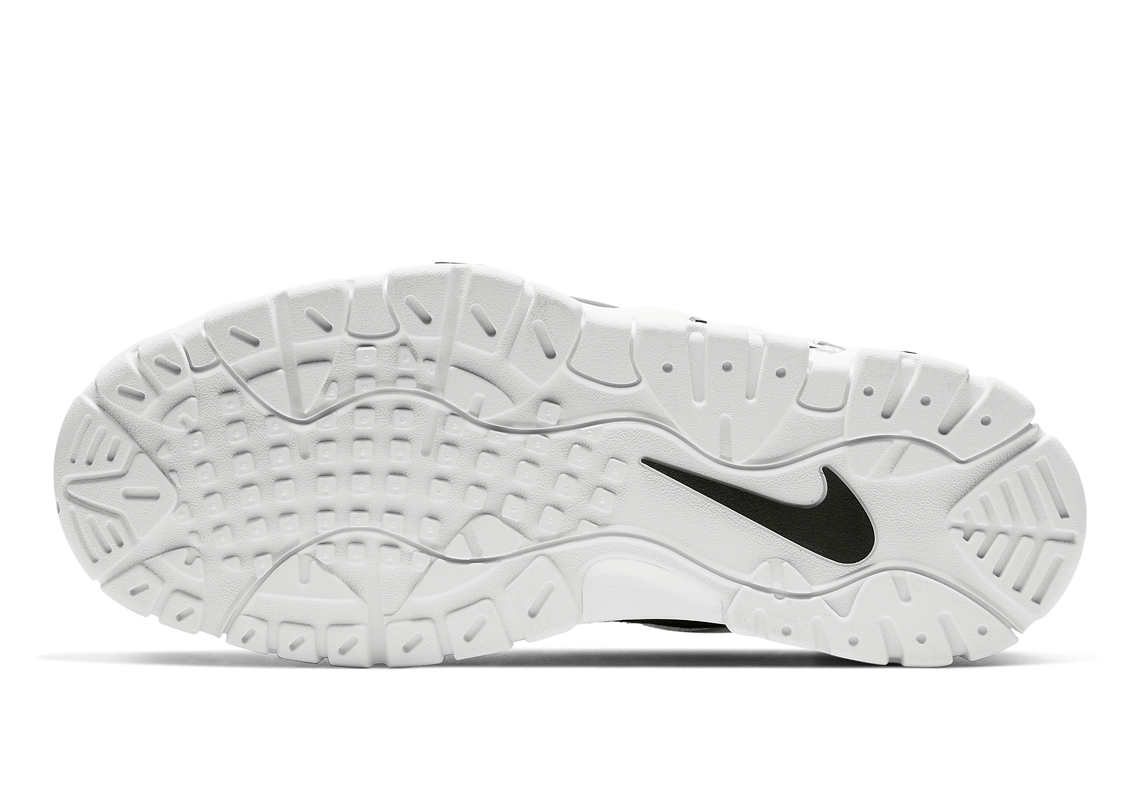 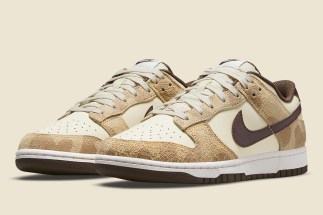 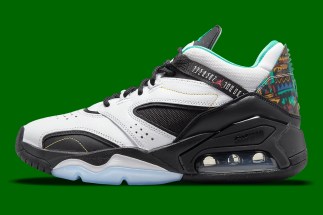