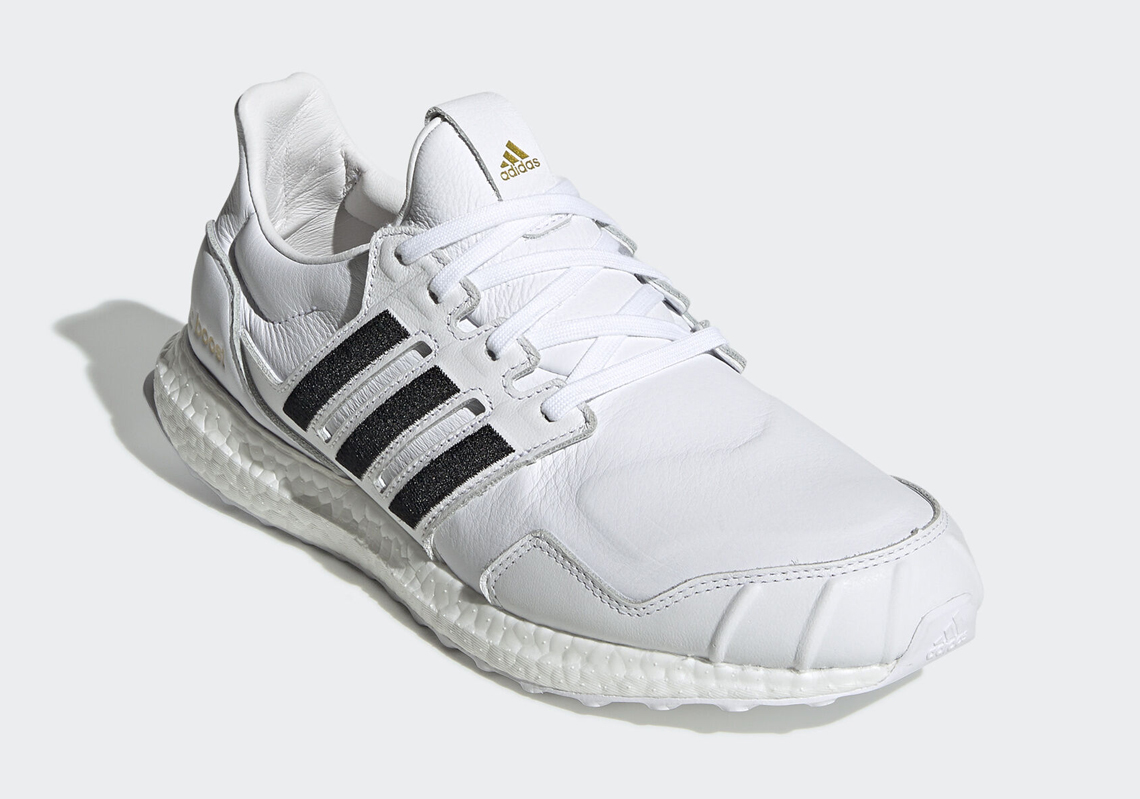 Late last year, adidas announced that it had big plans for the Superstar’s 50th Anniversary. And with fresh takes to the shell-toe on both solo and collaborative fronts already unveiled, The Three Stripes Brand has delivered on its proclamation. Projects with Jonah Hill, Pharrell and Run DMC are still under wraps for 2020, but we’ve recently learned that the Superstar will also inform another anniversary-celebrating silhouette: The Ultra Boost DNA.

Akin to an upcoming Prada Superstar, the five-year-old runner’s latest boasts a timeless yin-and-yang color scheme. Forgoing its original Primeknit construction, plastic profile cages and molded heel counter, this Ultra Boost features a full leather upper as a faithful tribute to the beloved Superstar. Sidewall 3-Stripes, lateral “ultra boost” branding and tongue labels pay their respects to the 50-year-old design in their respective “Core Black” and “Gold Metallic” arrangements. And though impressive in their own right, these details (just like the pristine midsole/outsole combination) are arguably overshadowed by the shell-like ridges at the toe of the Ultra Boost 20‘s predecessor.

Take a closer look at this Ultra Boost here below and expect pairs to hit retailers on April 1st for $180 USD.

Elsewhere under the adidas umbrella, the Yeezy Desert Sage arrives on March 14th. 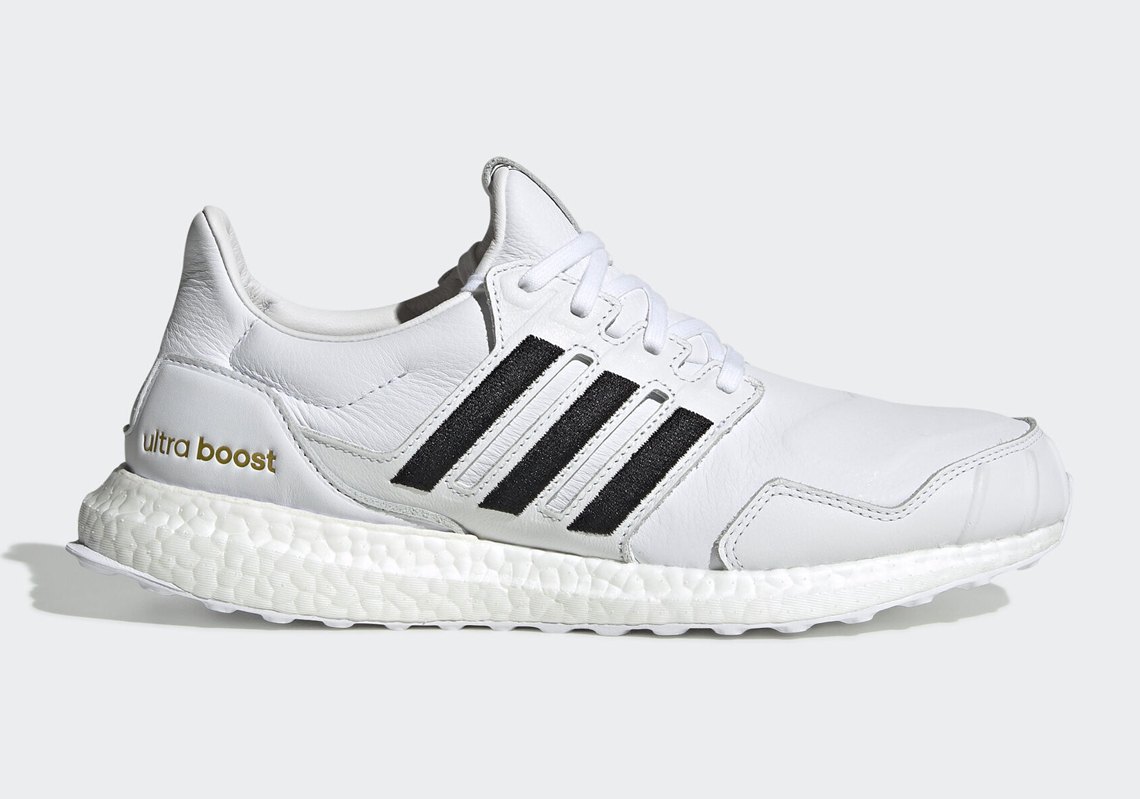 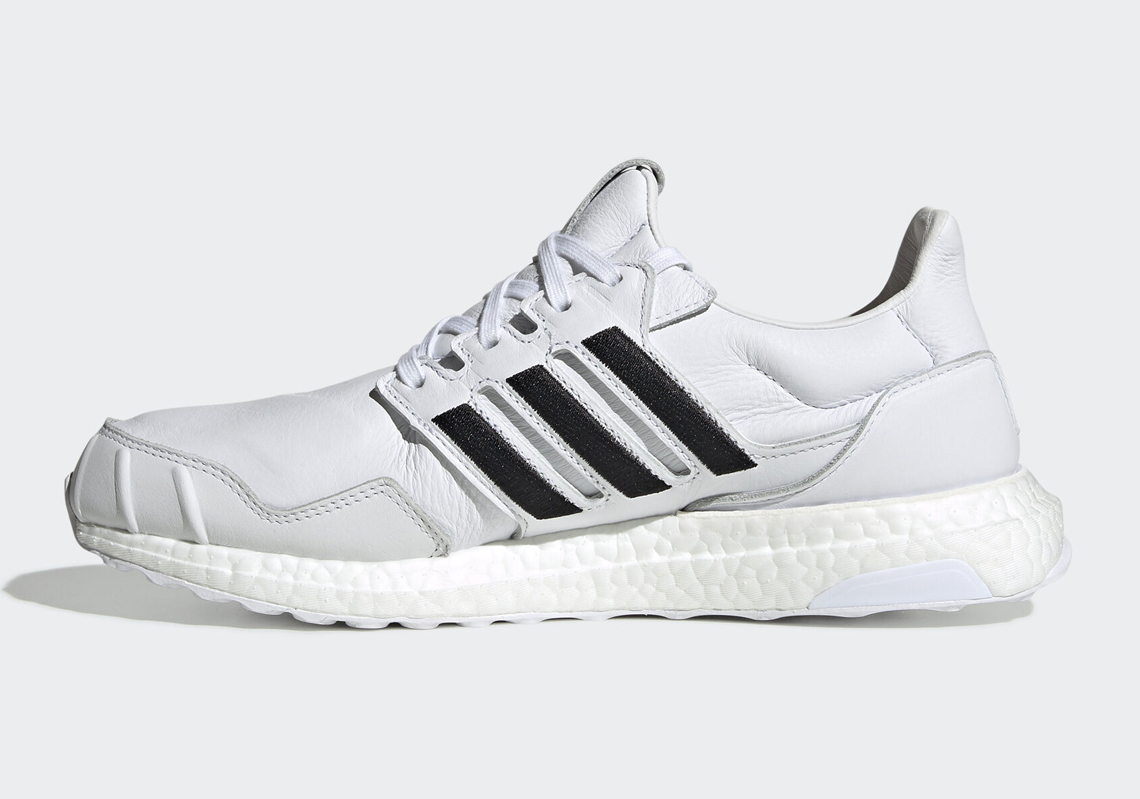 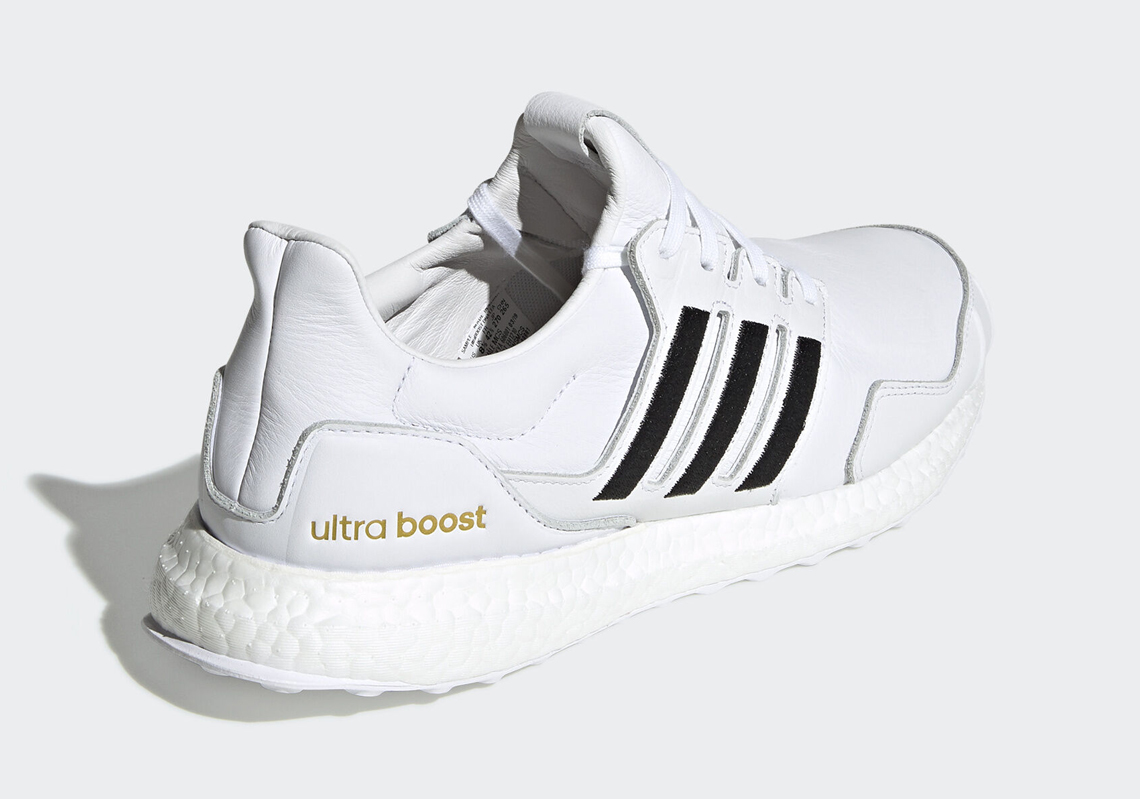 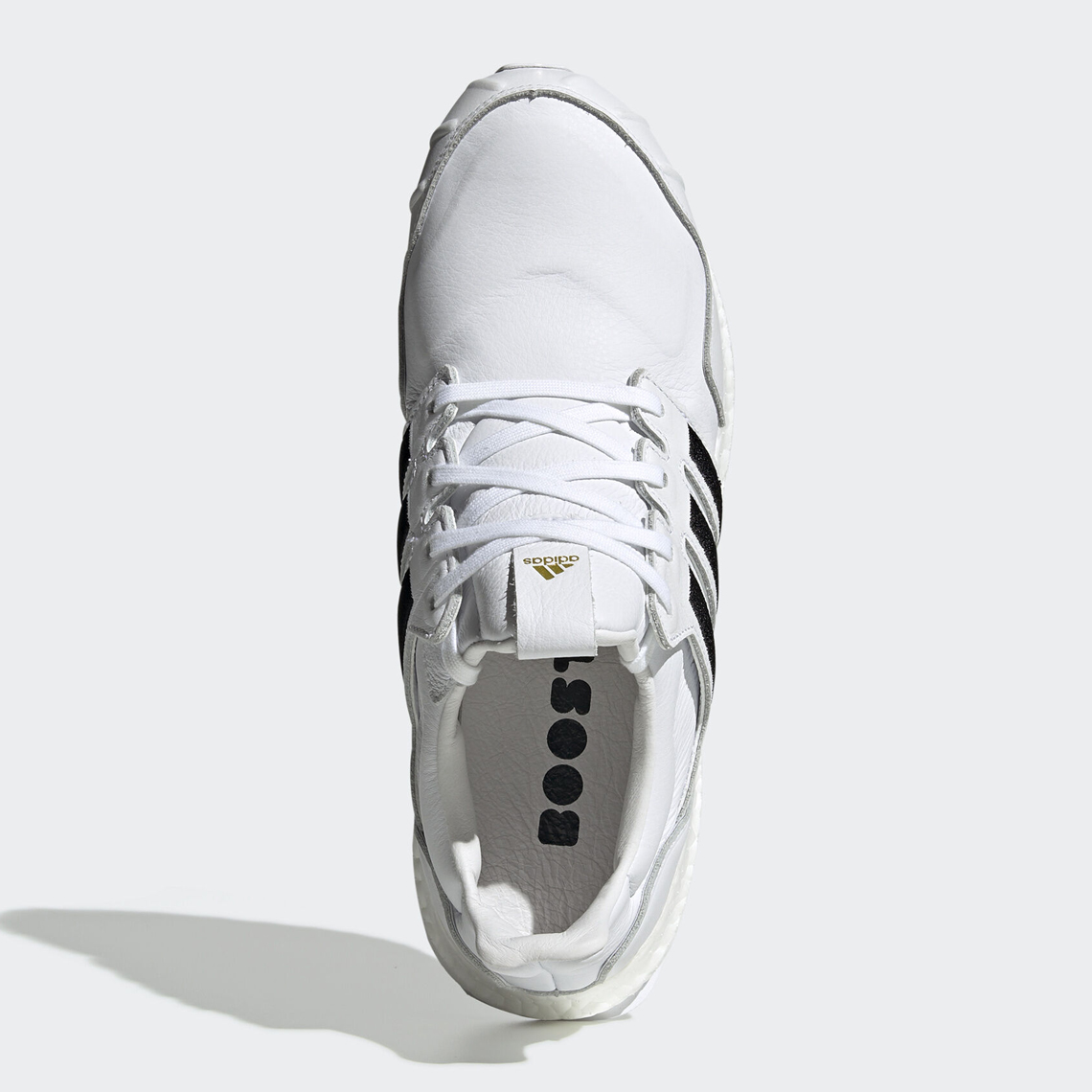 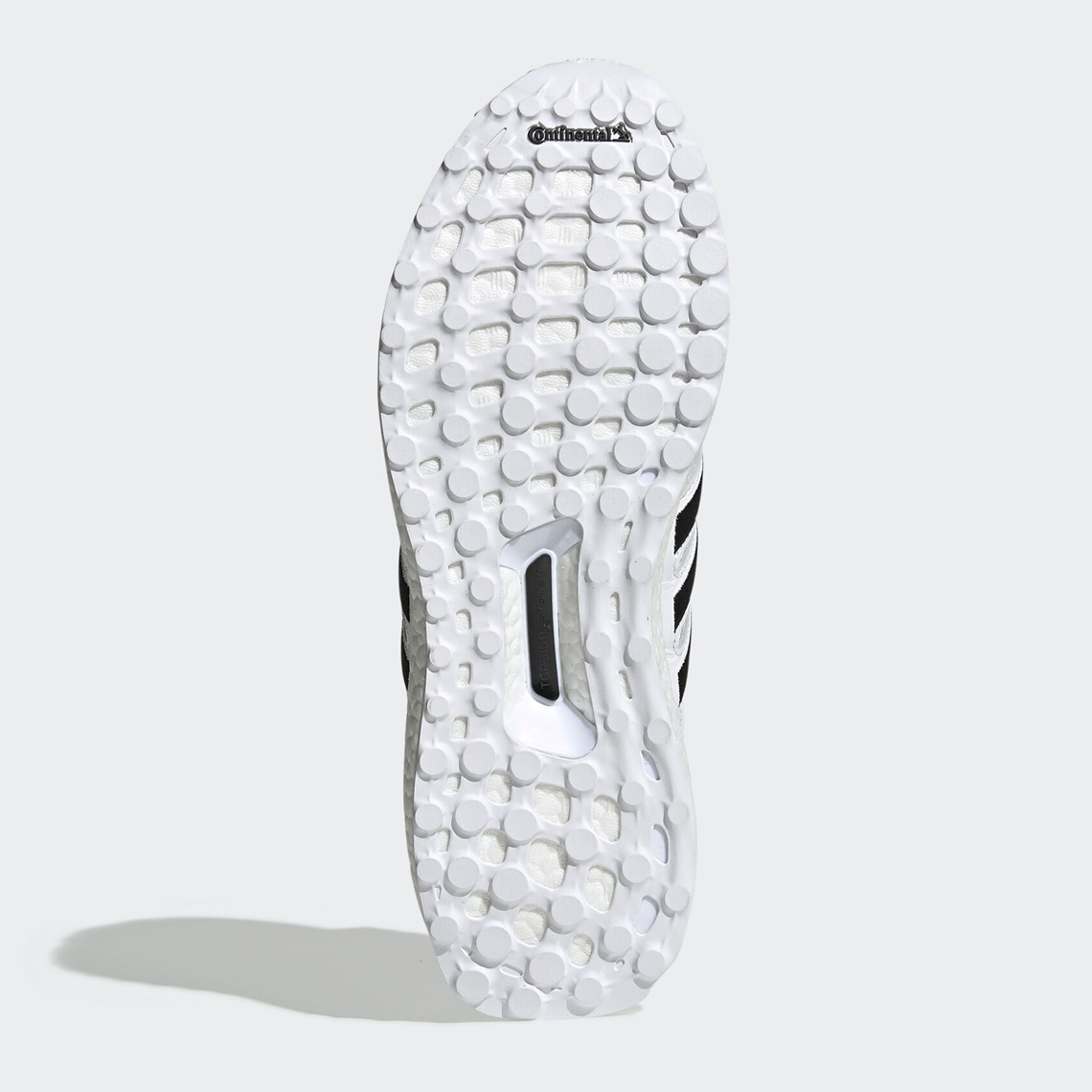