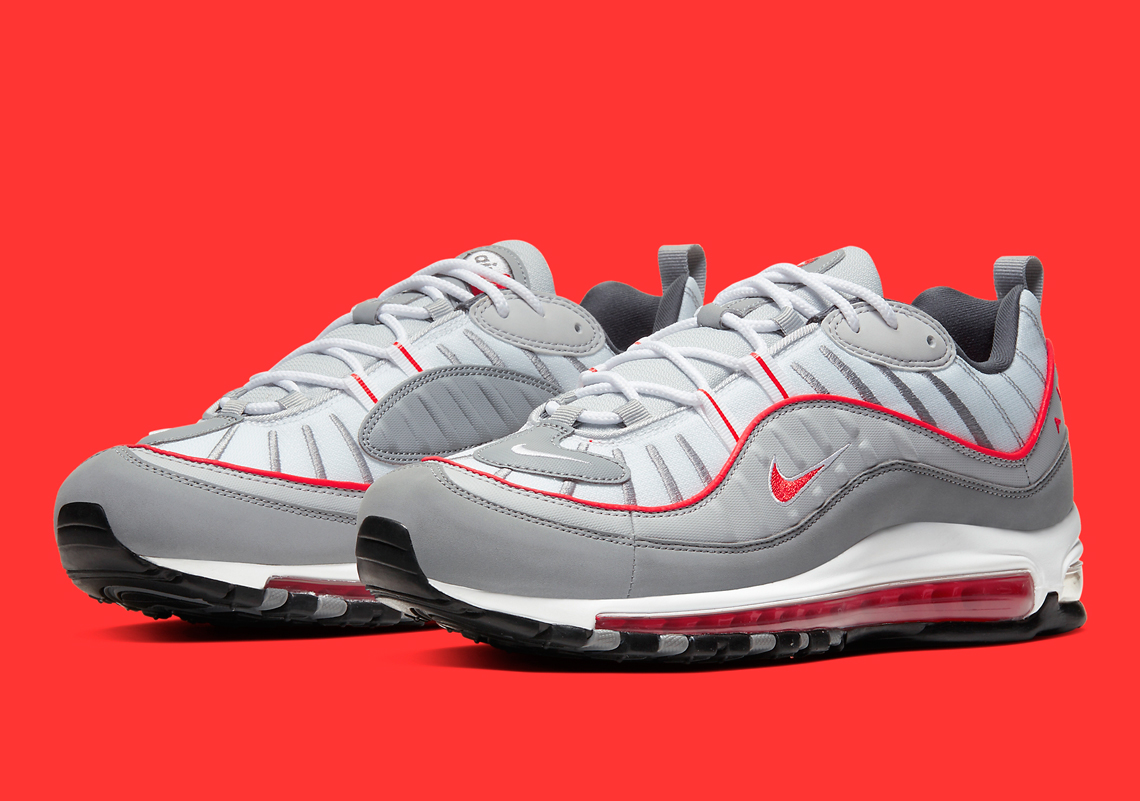 The Nike Air Max 98 Arrives In Particle Grey And Red

Nike’s Air Max 98 isn’t celebrating a milestone anniversary this year like its ’90 and ’95 predecessors. Yet, the silhouette has emerged in its fair-share of impressive colorways, which now include this clean “Particle Grey/Red/White” option.

While less playful than a recent “Bubble Pack” release, the color scheme on this upcoming ’98 model is reminiscent of the fan-favorite “Solar Red” Air Max 95. Mudguards, vamp overlays and mesh bases all dabble in varying shades of grey. The latter two, however, feature scarlet-colored accents at their lining and midfoot and heel branding. Elsewhere, white laces and their loops combine with the red hue in a pairing similar to candy canes. Insoles follow suit, but forgo any stripe detailing in favor of a Supreme-like arrangement from 2016. Down below, the Air Max 97‘s full-length Air cushioning sits close to the ground in its white midsole/red Air bag/black and grey outsole combination.

No official release date is yet known for this Air Max 98, but pairs are popping up at affiliate retailers now ahead of their Nike.com launch.

For more from the Air Max family, check out the upcoming cream and volt Triax 96. 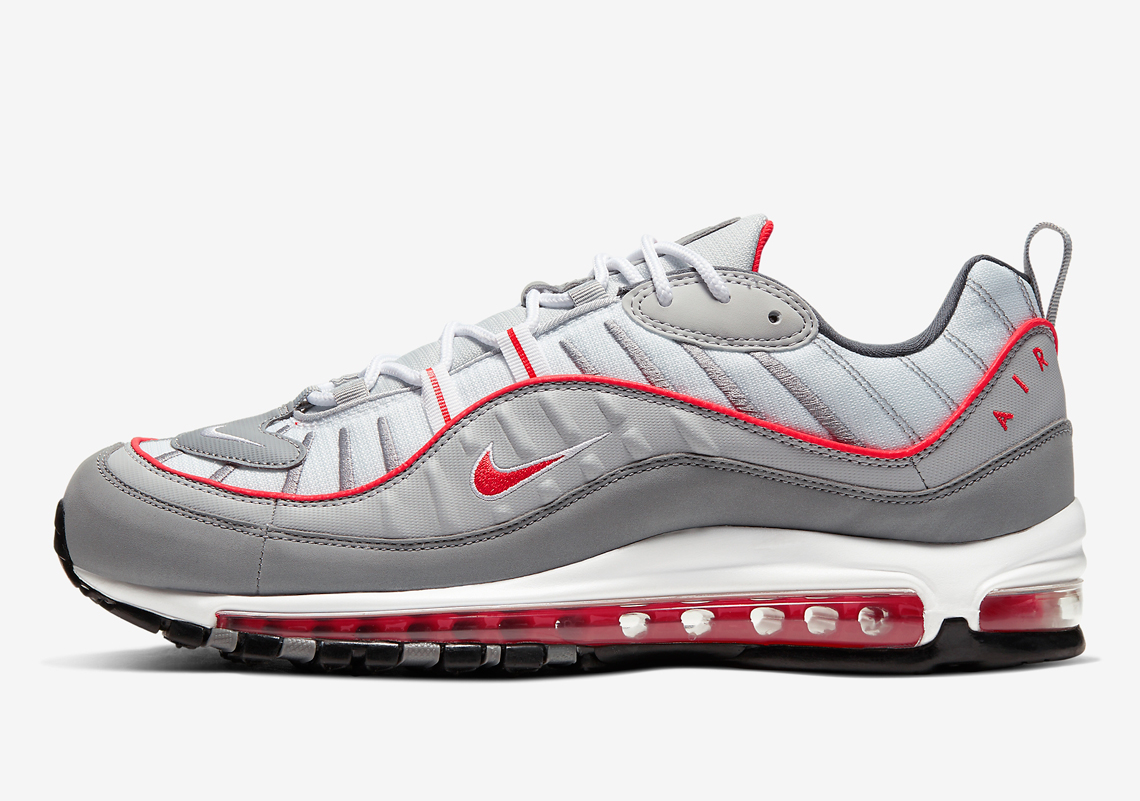 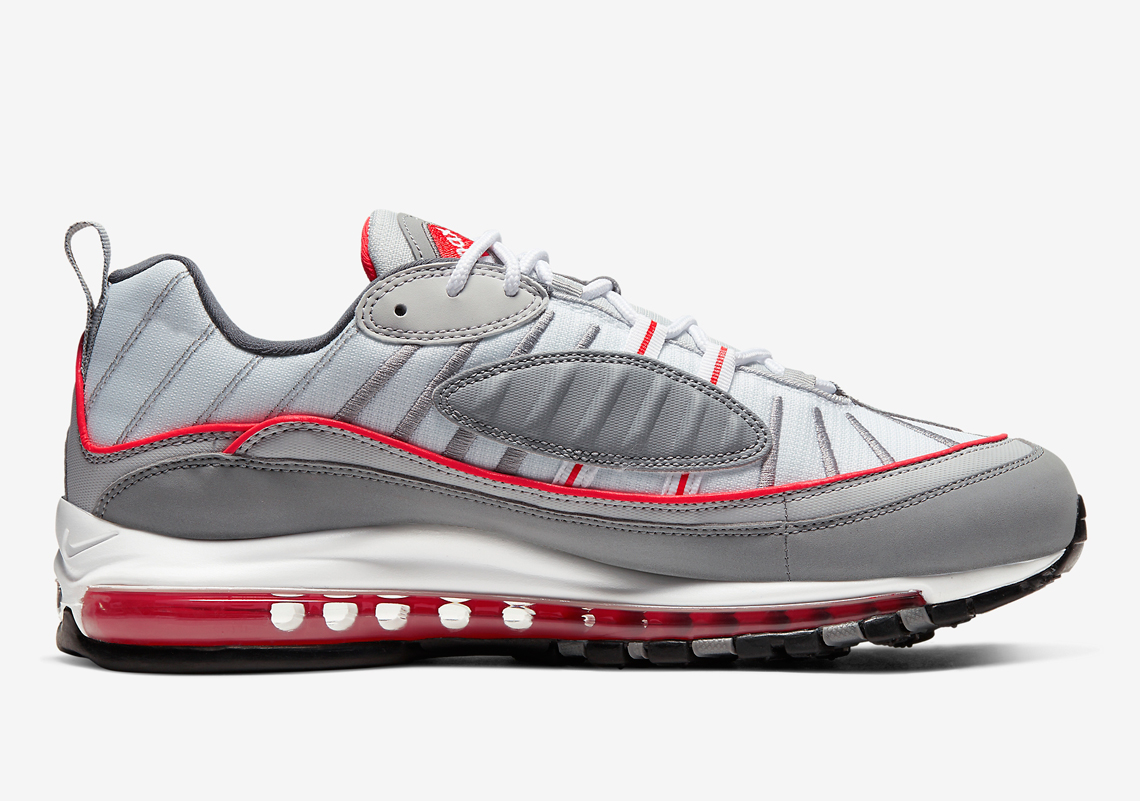 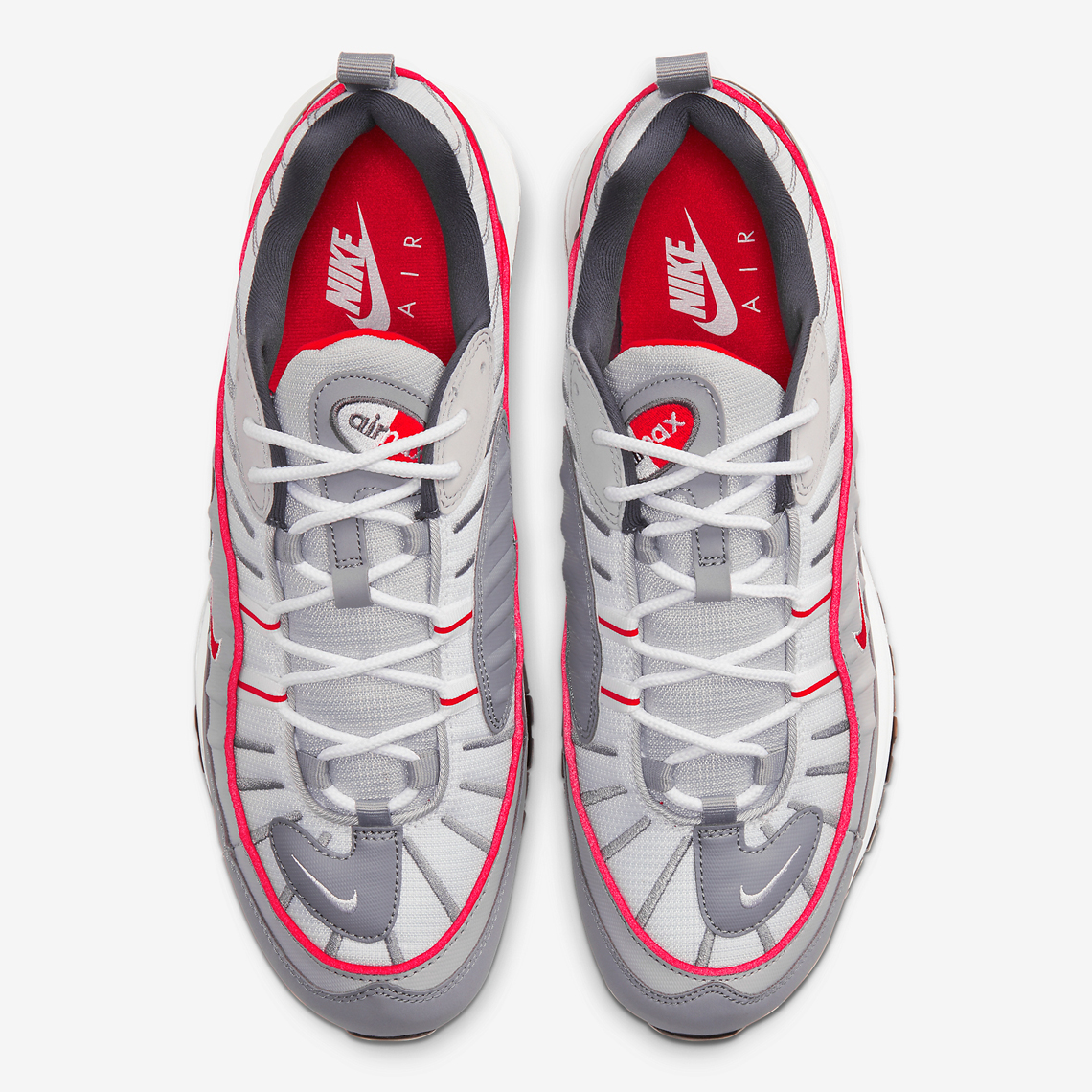 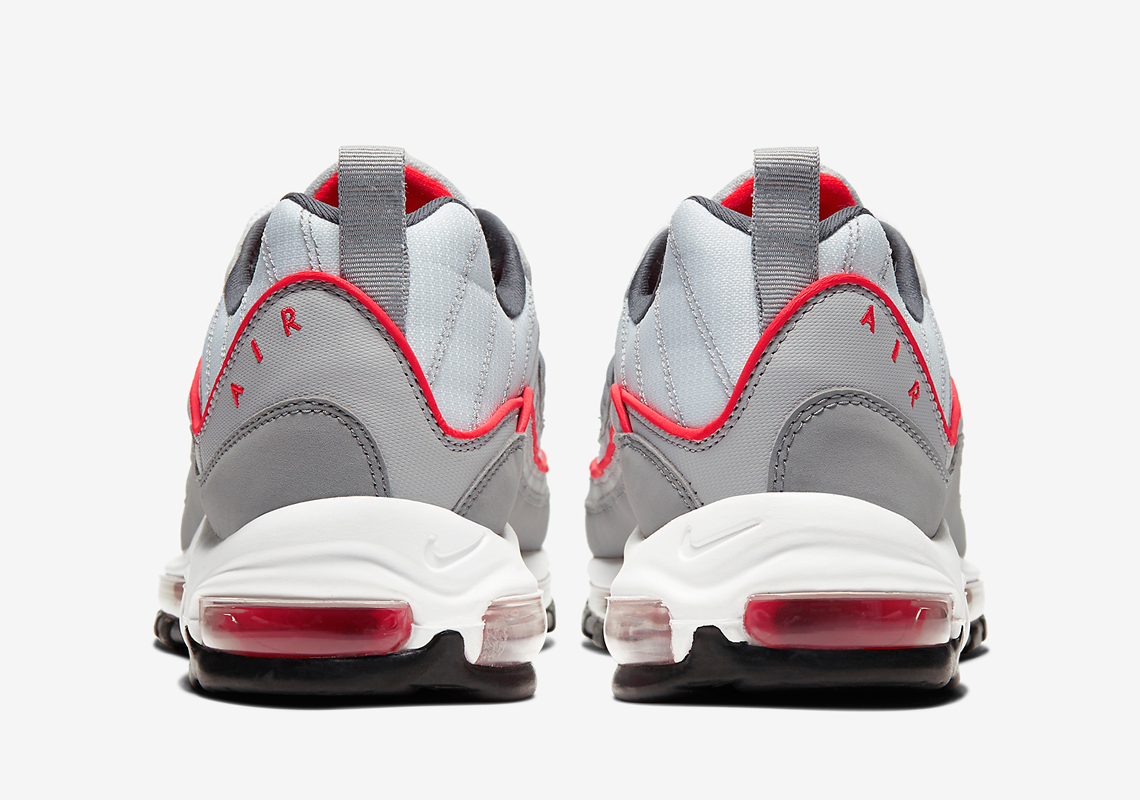 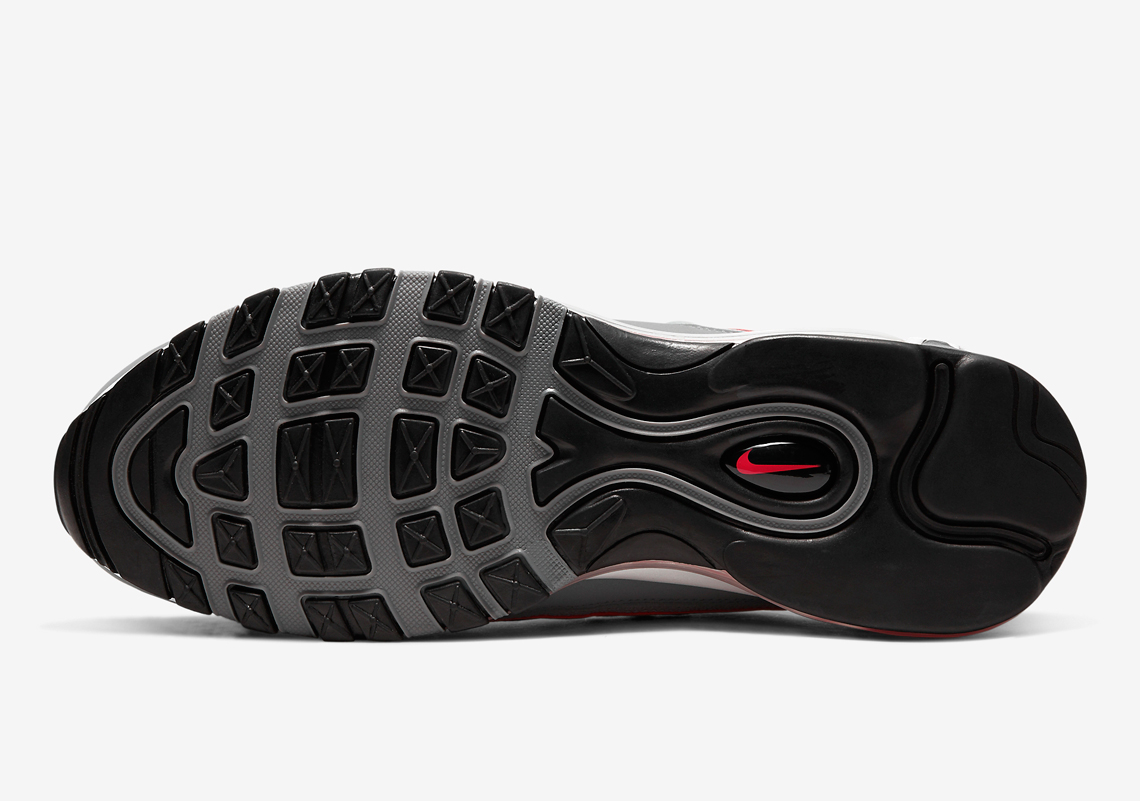