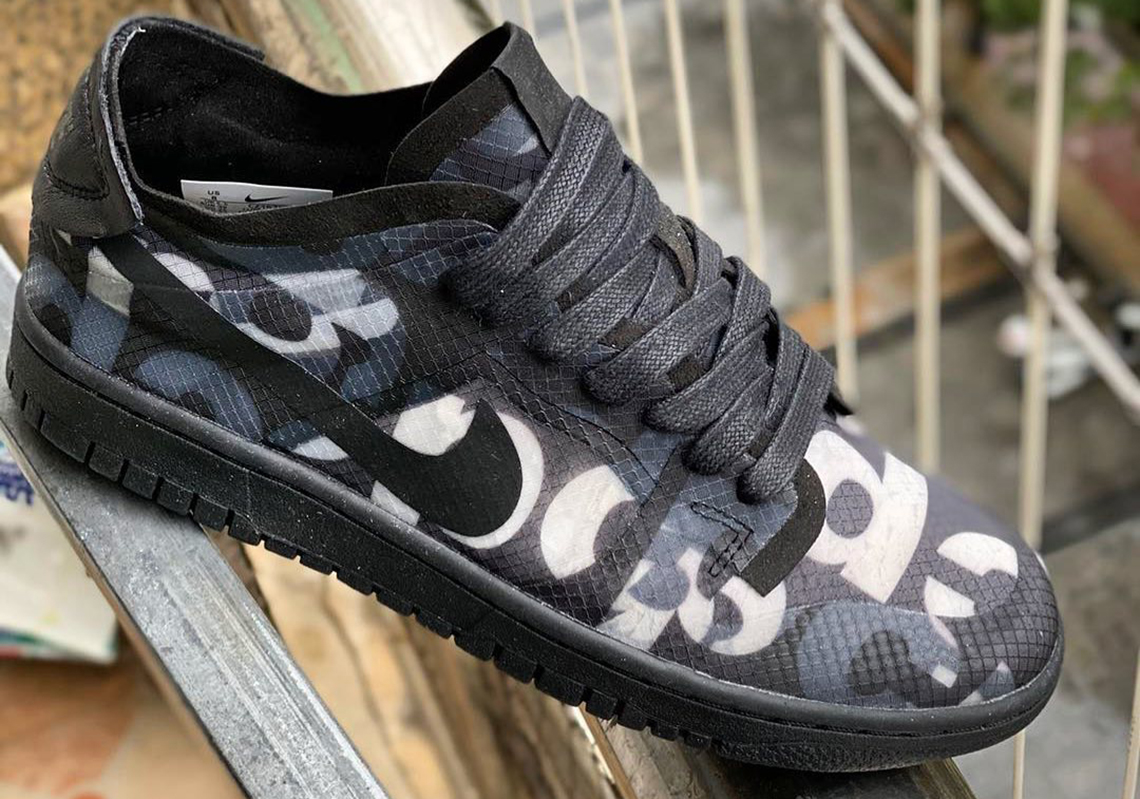 The Dunk Low may be Nike SB’s champion, but early on in its inception, it held command over a different sport entirely. And, as the umbrella has slowly released episodes of the “Be True To Your School Pack,” we’re slowly starting to separate the silhouette into two divisions yet again. Among the non-skateboarding variant, Virgil Abloh led the way, co.jp legends followed shortly thereafter, and now the legendary COMME des GARÇONS institution is picking up where they left off as they follow their translucent icon with two technically infused offerings.

One posed for women and the other men, the forthcoming Dunk Lows paint two distinct pictures of minimalism and bold over-branding, respectively. As the louder of the two, the latter sprawls with many a bold-faced print sublimated unto its synthetic shell. White or filtered to a dark grey, the text hits oversized to the point where the “CDG” motif is both obscured and just barely legible. Padding is all removed from the ankle as well as the tongue, with paneling shaved down in a way that creates little to no seams; instead, subtly raised outlines retain the likeness to the original format. This approach is much more apparent on the downsized accompaniment who removes any ounce of graphic for a clean arrangement that stands tall by way of color blocking alone. Toe boxes and its connected profile base are hued in a very light grey with translucence shining color through if chosen. Swooshes apply atop in a taped fashion, extending above more pronounced separations.

Grab a close-up look at both upcoming and be sure to keep it locked in for word on its official release and pricing.

In other news, a Blue Fury SB Dunk is set to drop in April. 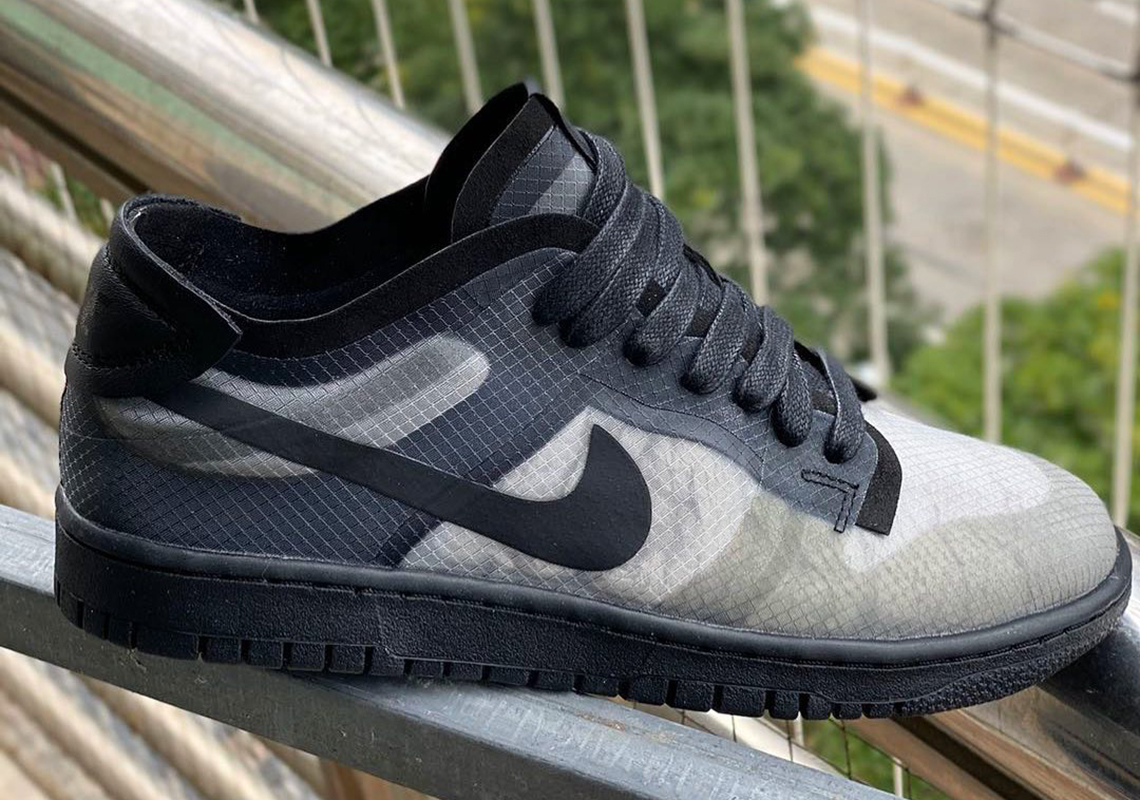