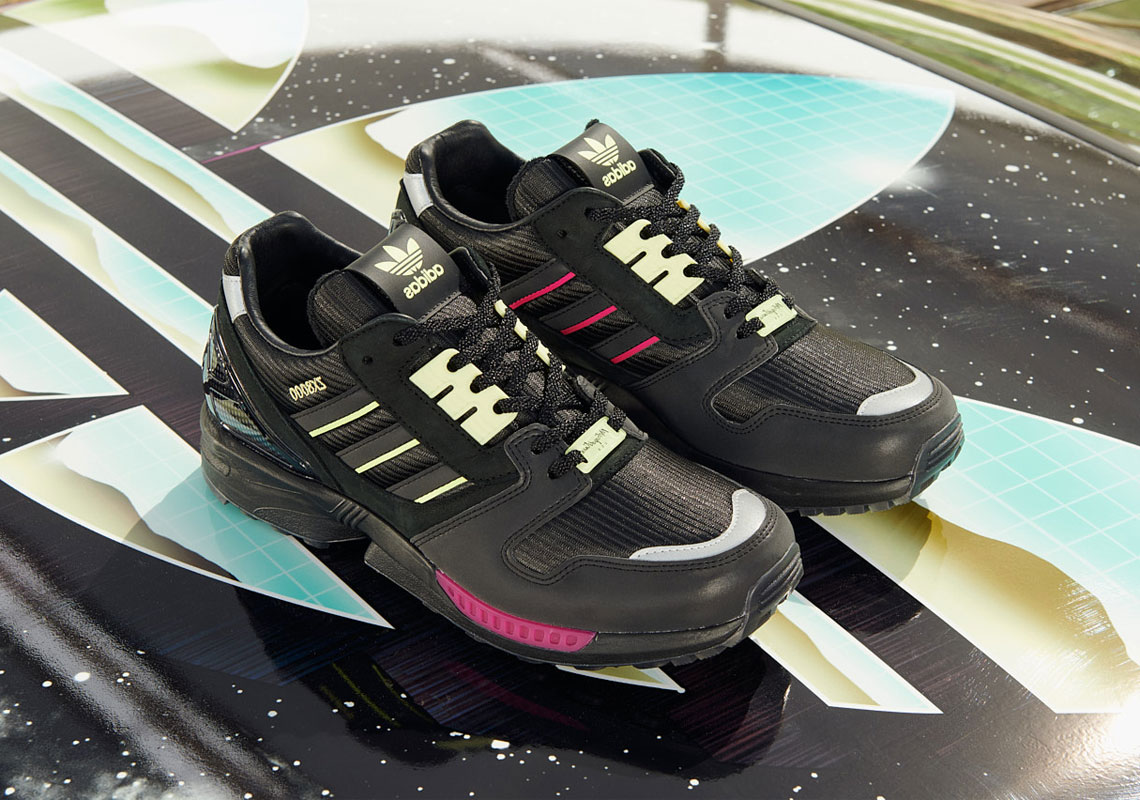 Removed from the Superstar‘s 50th Anniversary and ever-growing Yeezy empire, adidas Skateboarding is teaming up with East Coast skate label Metropolitan for a collection inspired by ’90s drift racing.

The capsule includes footwear and apparel featuring bold color palettes, three-dimensional graphics and high performance design. These nods to the race aesthetics of yesteryear appear allover the collection’s products, but culminate on the headlining-ZX 8000. Clad in black, the ZX trainer immediately evokes the hues of late night street racing. Akin to a recent ZX 10.000 C, neon green accents animate tongue labels and profile 3-Stripes, as well as Torsion dubraes and bars underfoot. Reflective detailing across the toe, midfoot and heel combines with pink-colored tooling on both lateral and medial sides as throwbacks to import tuner cars. Script “Metropolitan” text underneath the transparent outsole rounds out this sneaker collaboration.

The entire Metropolitan x adidas Skateboarding collection arrives to adidas.com on March 21st. Pricing has yet to be confirmed, but pairs of the ZX 8000 are likely to arrive with their usual $120 USD price tag. In the meantime, enjoy a closer look at the shoes here below. 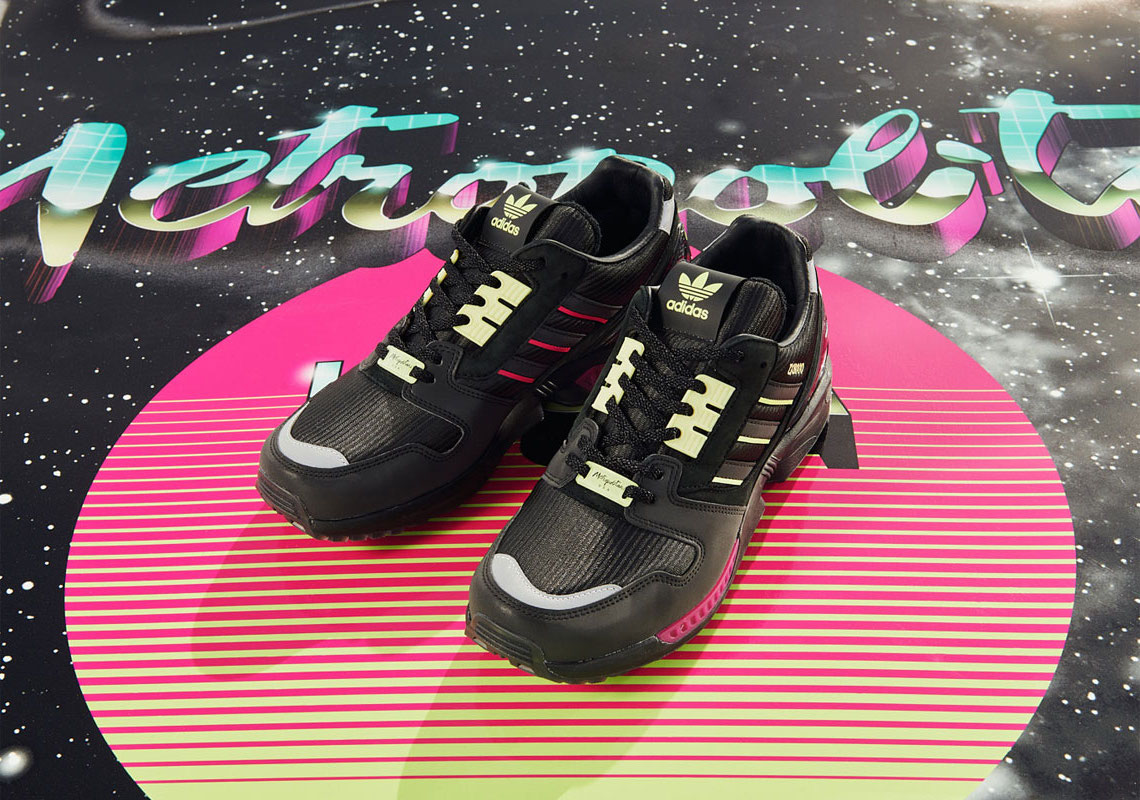 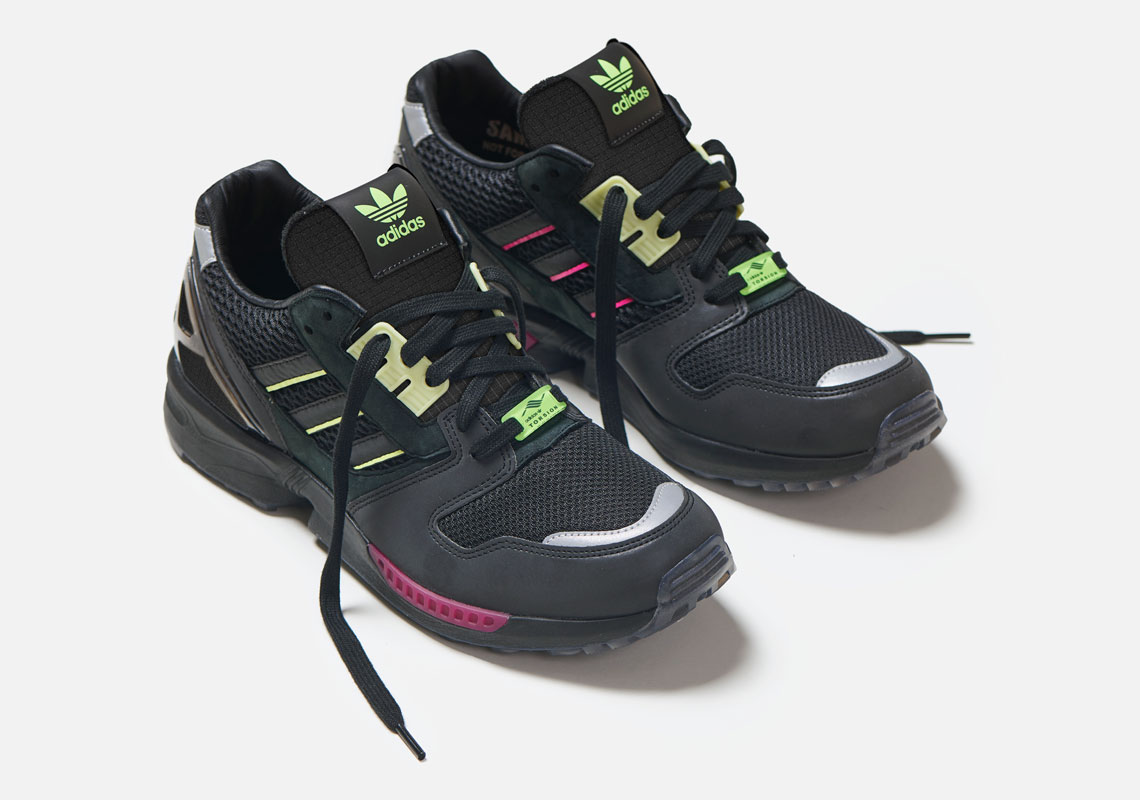 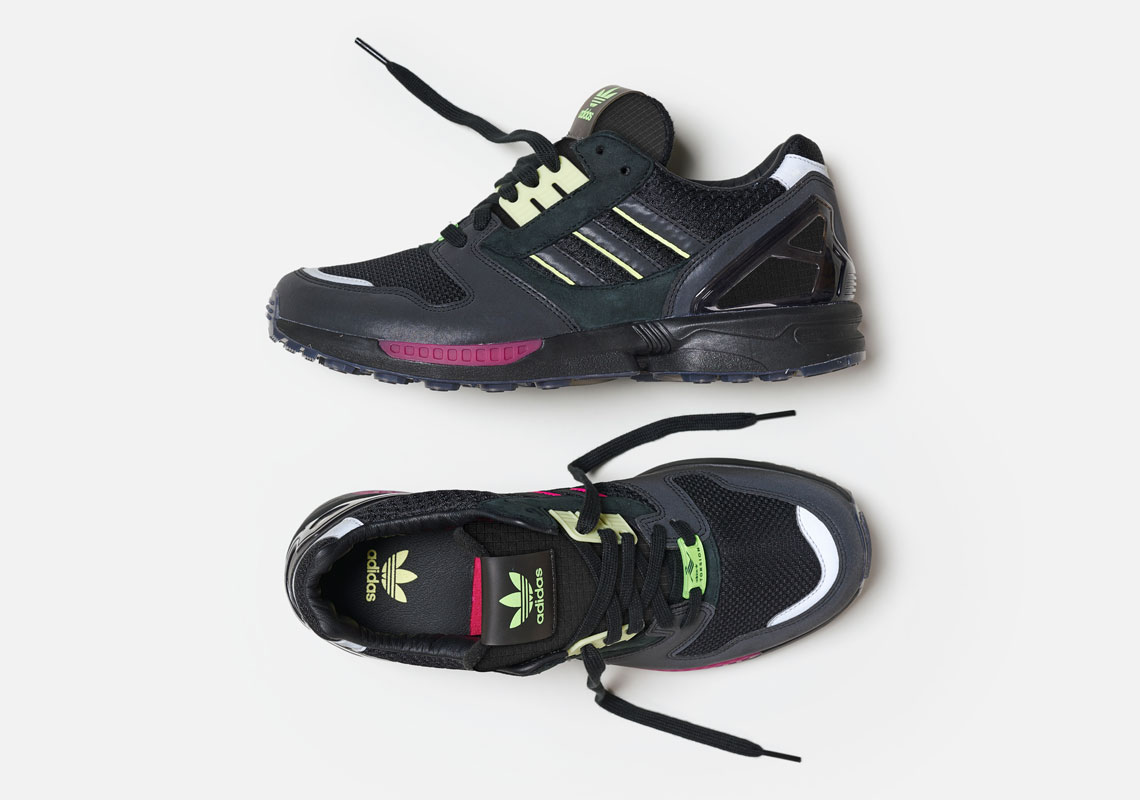 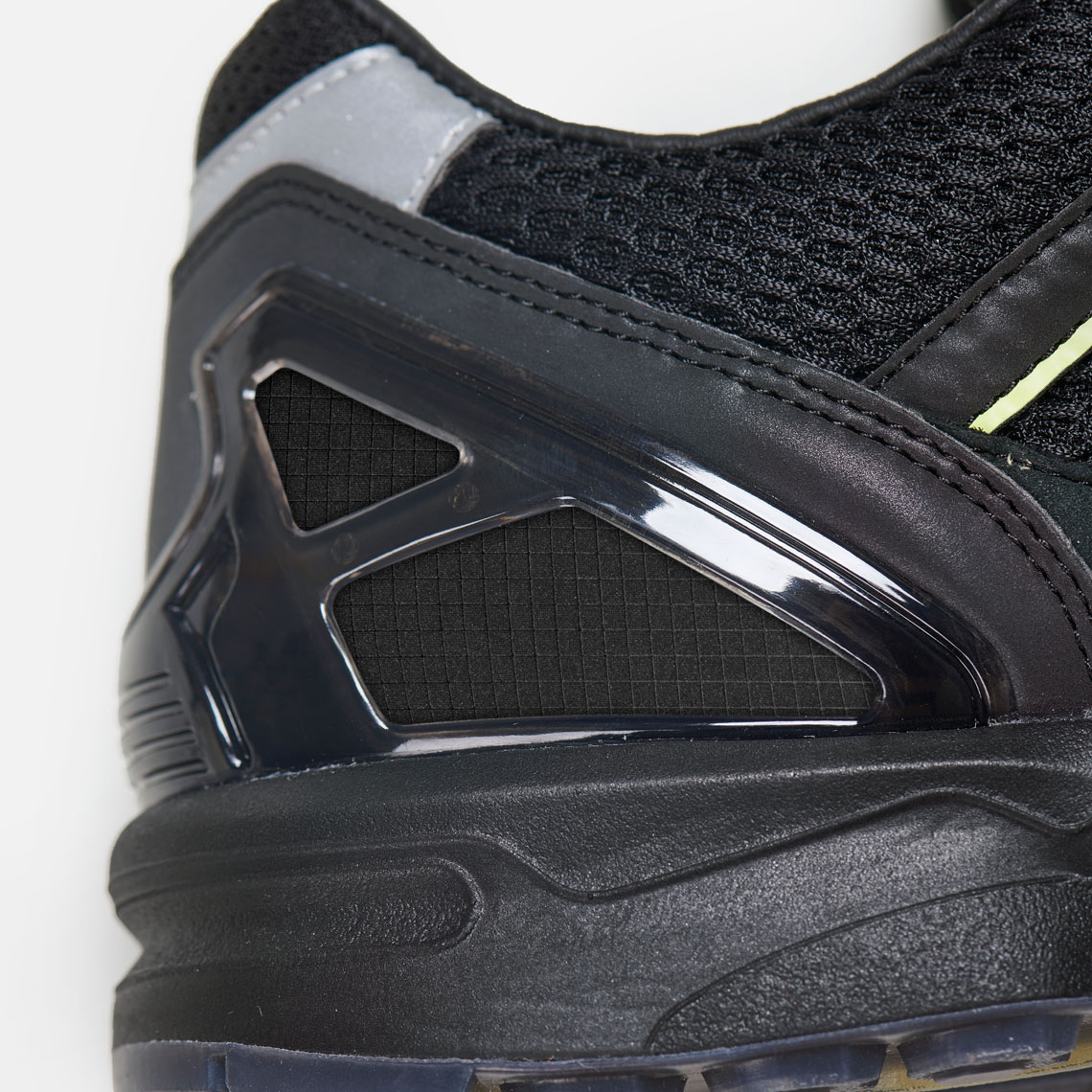 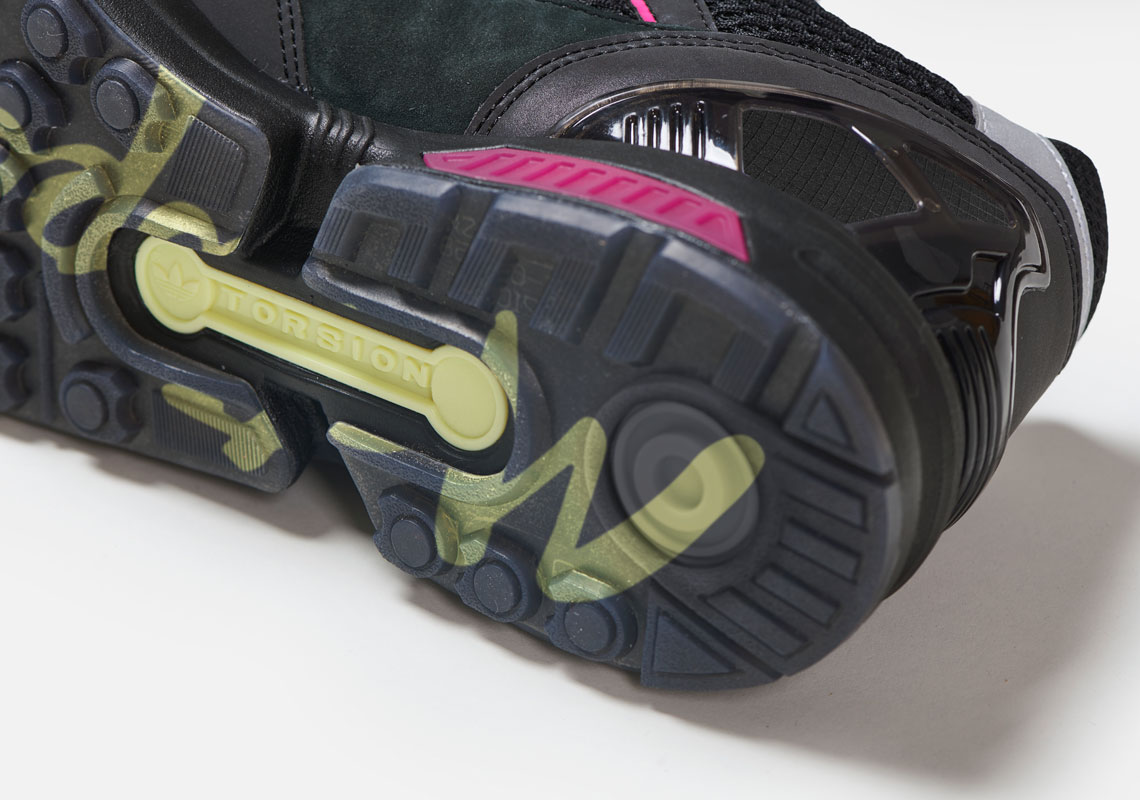