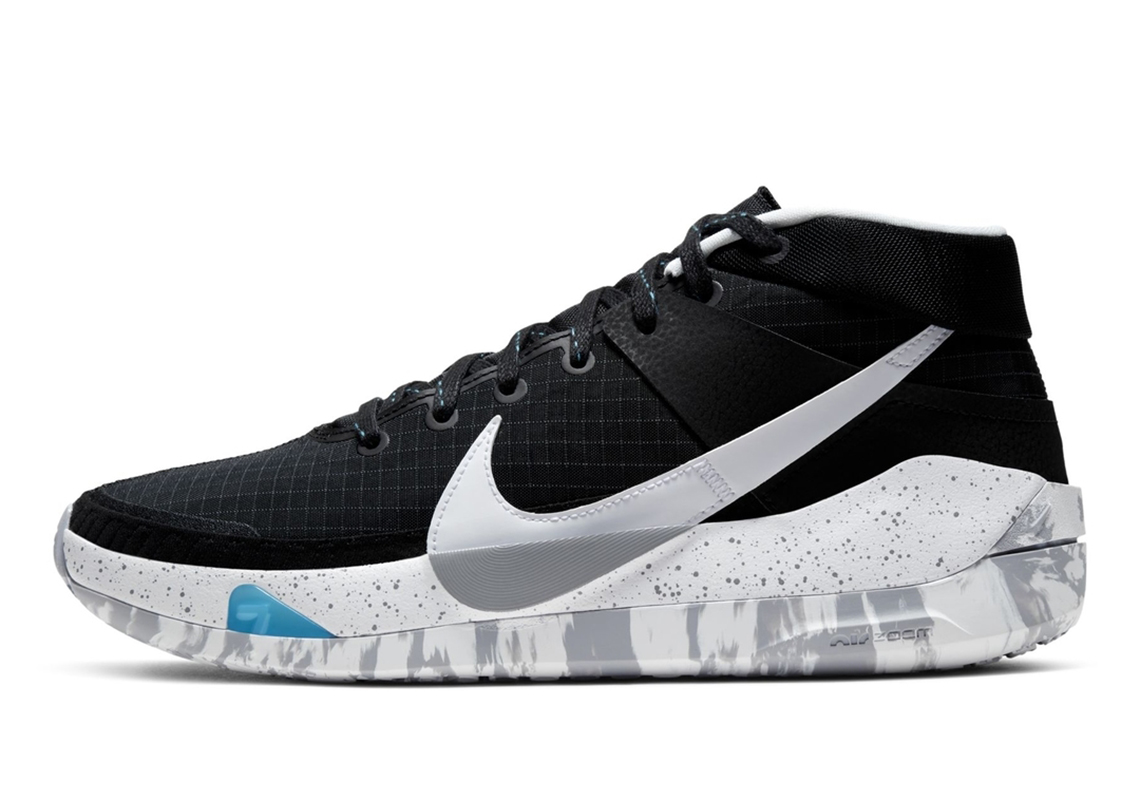 Official Images Of The Nike KD 13

Teased almost exactly a month ago, the Nike KD 13 finally arrives by way of official images, and as the NBA season has since been suspended as a result of the Coronavirus, we may be able to see Kevin Durant debut the pair after he recovers from both its effects and his Achilles injury. But with that surely a long ways away, all we have to admire is its design: a form that closely resembles that of its predecessor though with just a few tweaks to the overall silhouette. While the 12 would prefer warped lines and see-through molds, the 13 aims for an aesthetic much cleaner and more versatile as its tooling is relatively normal relatively. Speckles add a bit of flair to the white walls while marbling treats the tread, matching part of the oversized swoosh that extends downwards from the ankle’s padding. The rest of the upper, whose palette pays subtle nod to the Brooklyn Nets, covers with grid prints from toe to heel, only stopping at the AJ1-esque overlays and the blue-adorned accents which spell out the athlete’s name while sparsely adding color elsewhere. Grab a detailed look here and sit tight for word on its upcoming Nike.com release.

In other news, the Kyrie 6 No Coming Back is heading to space. 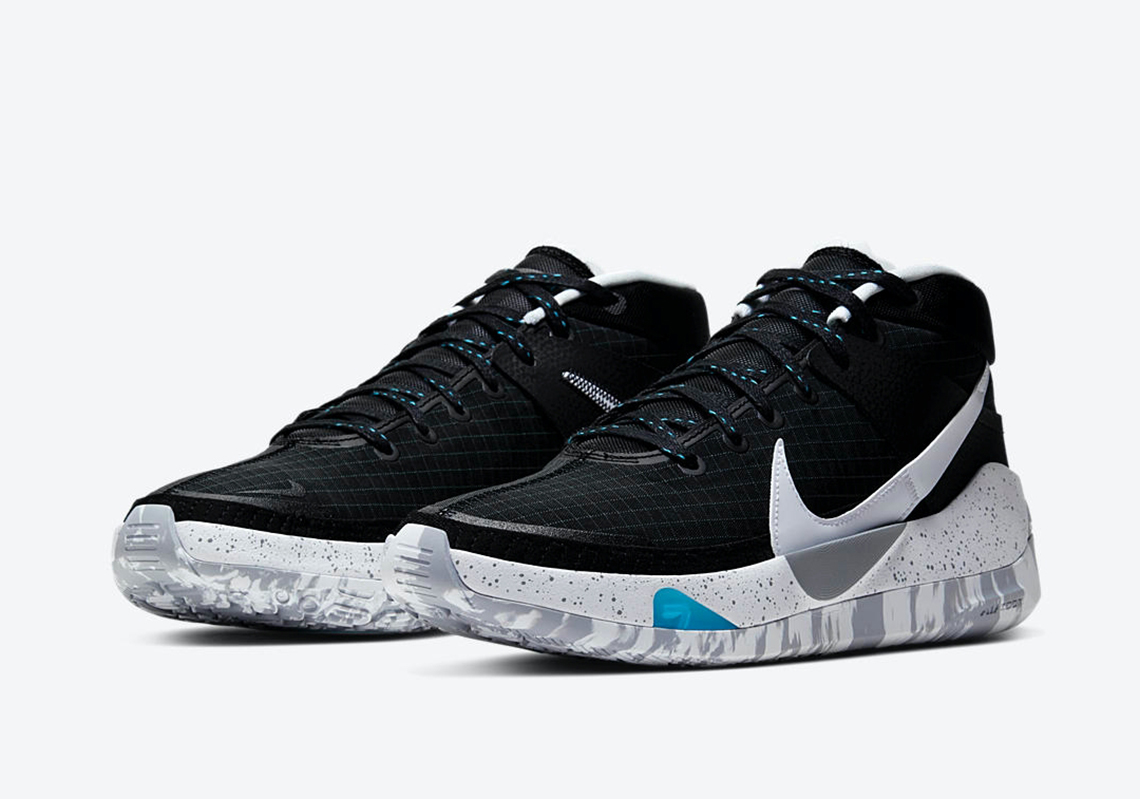 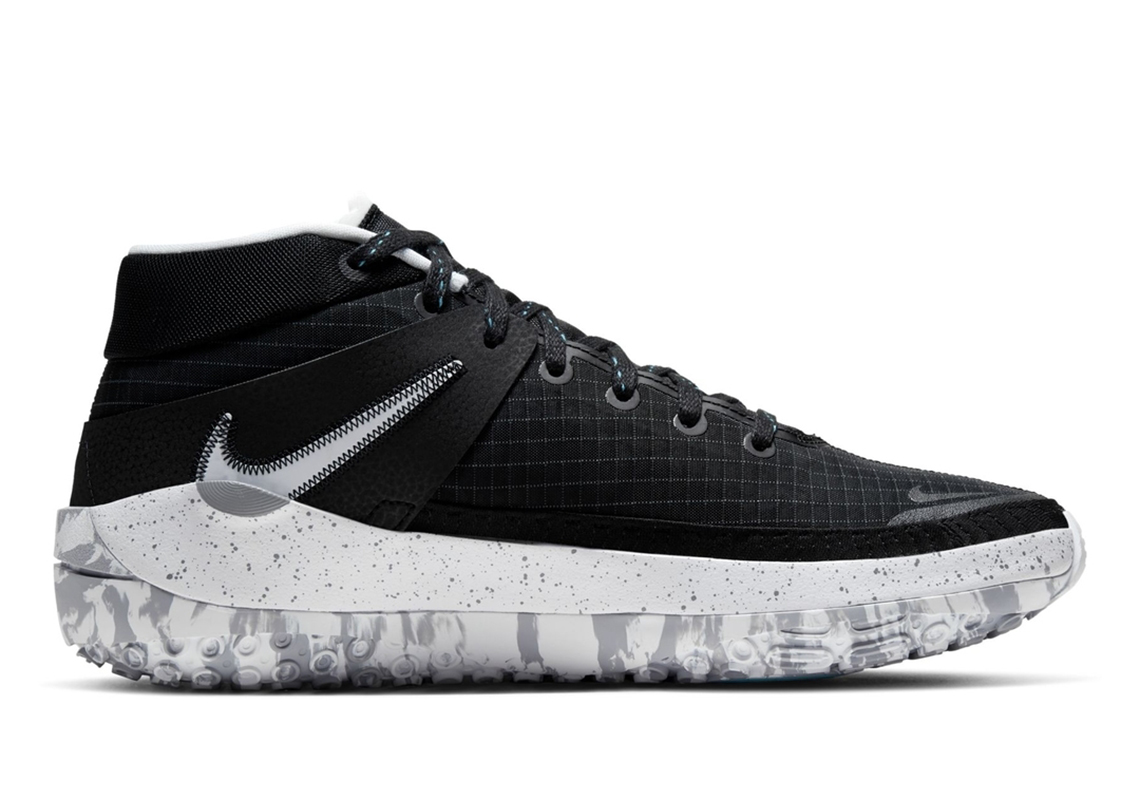 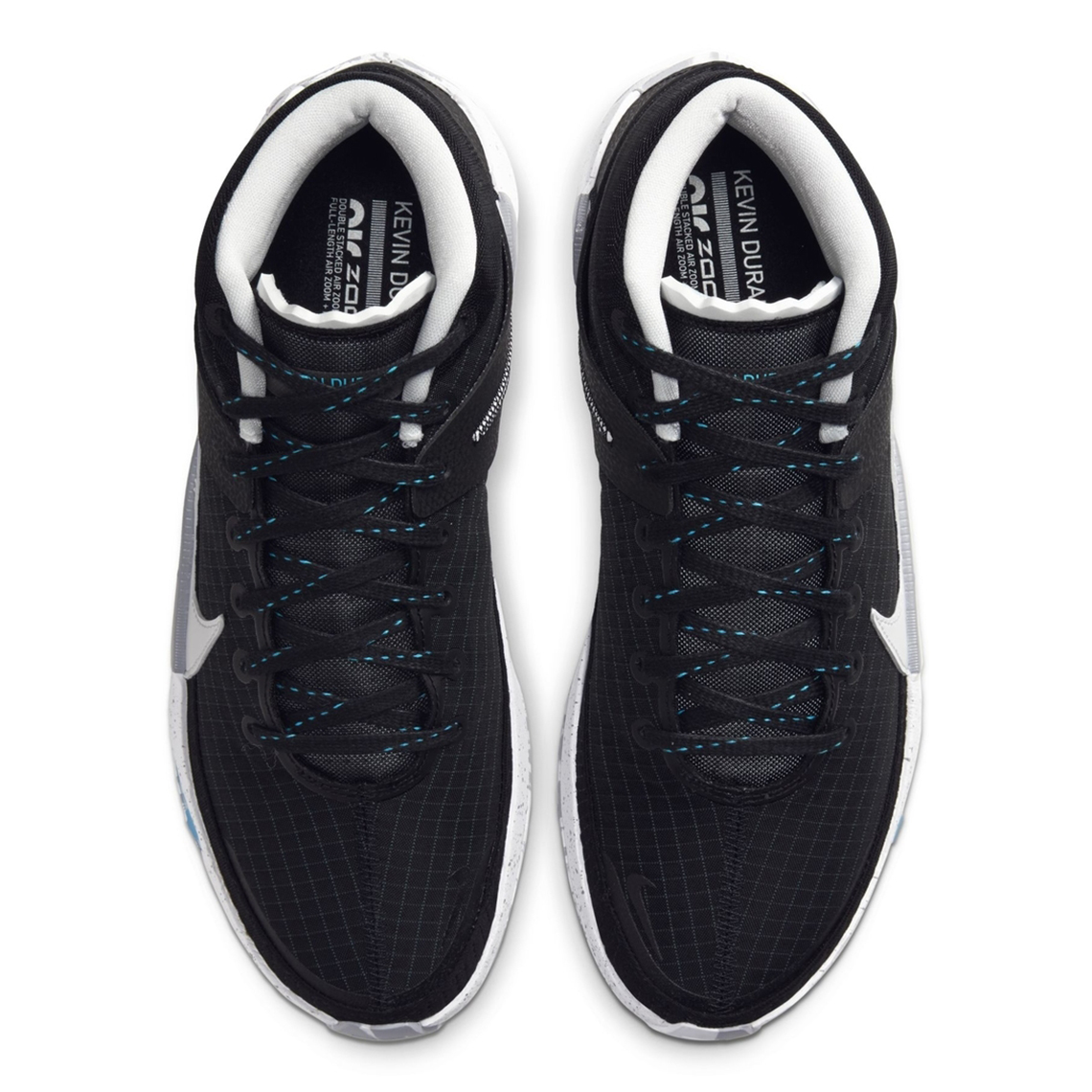 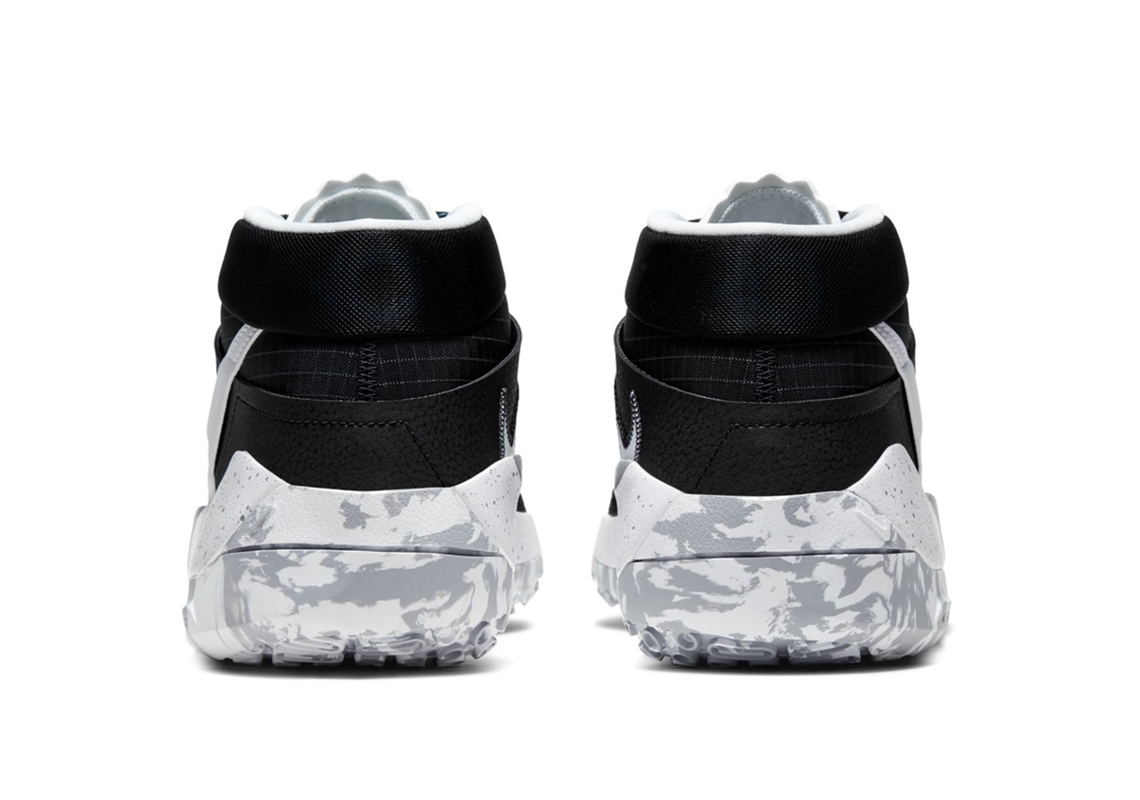 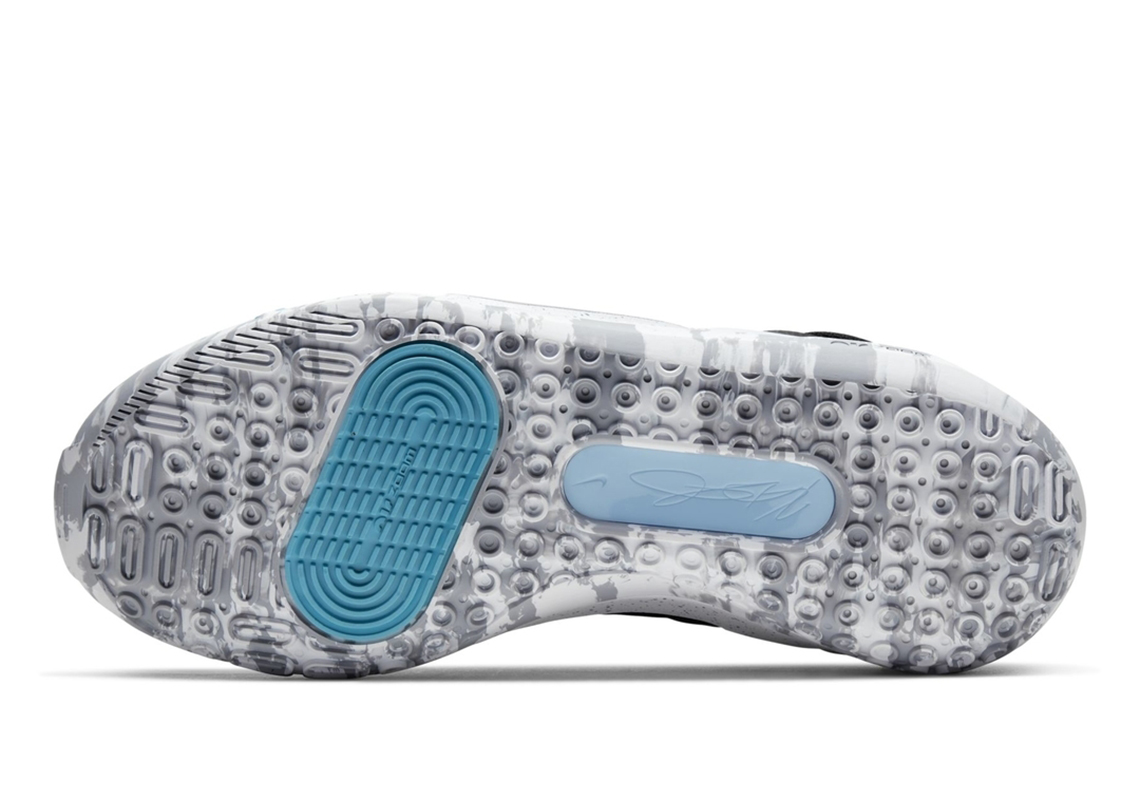 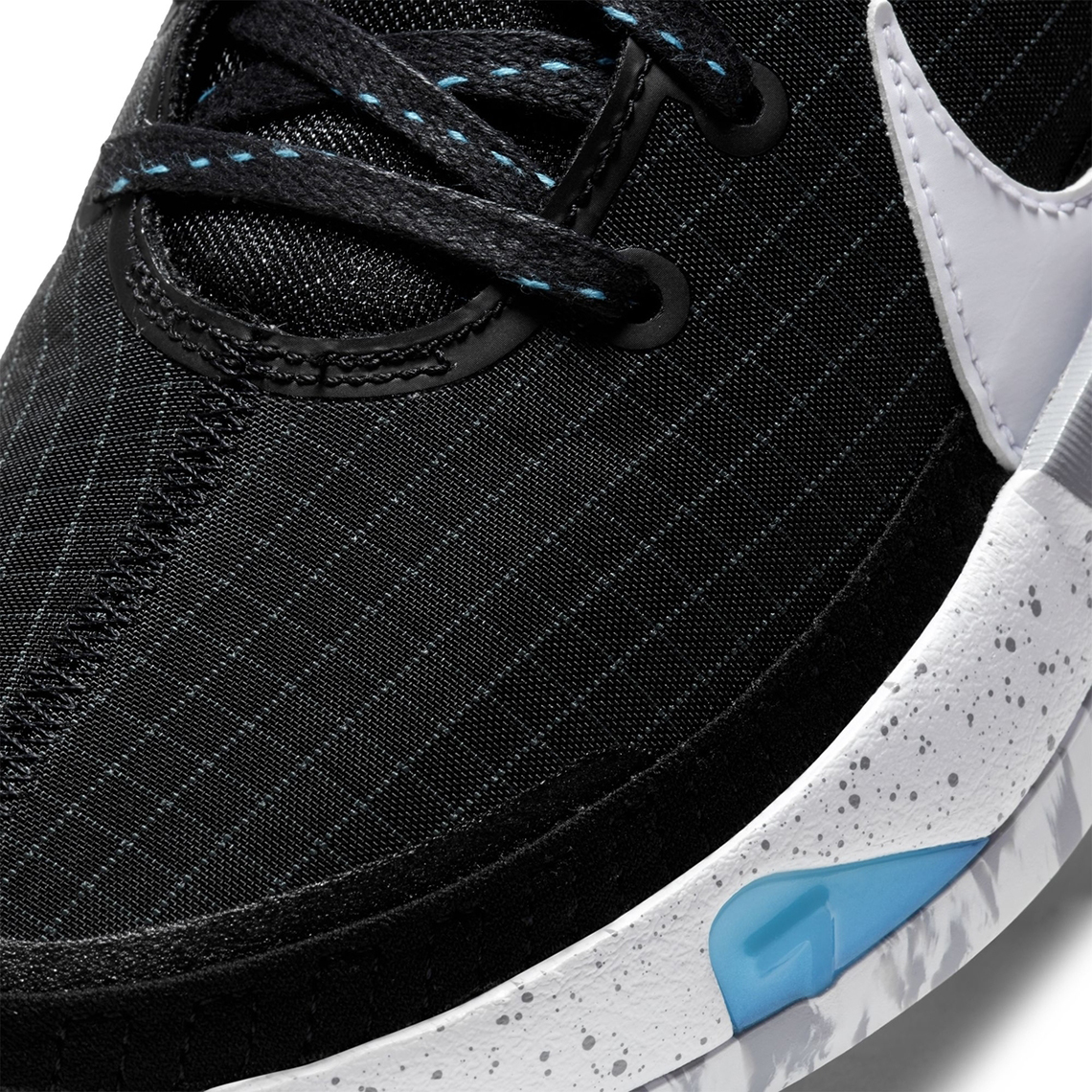 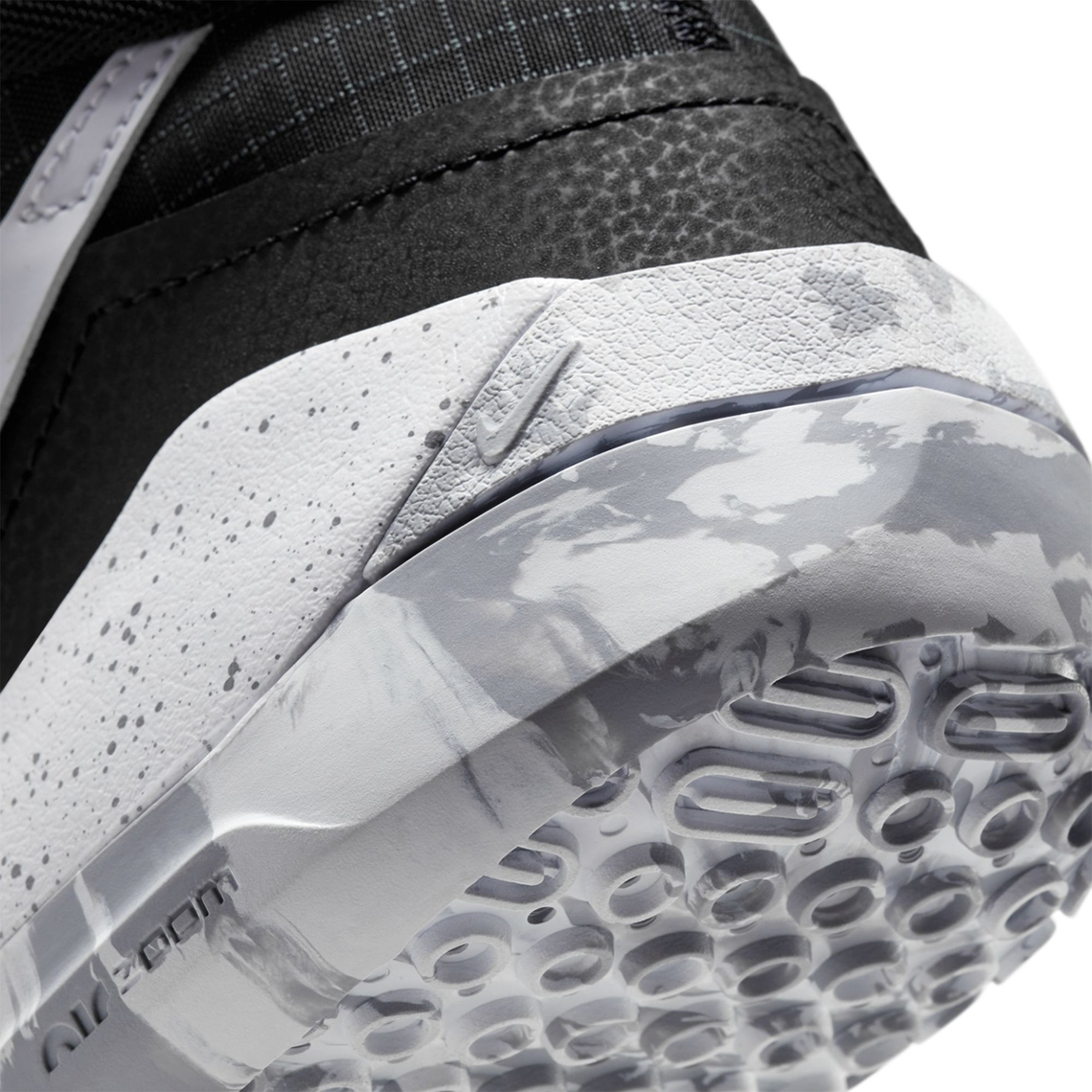 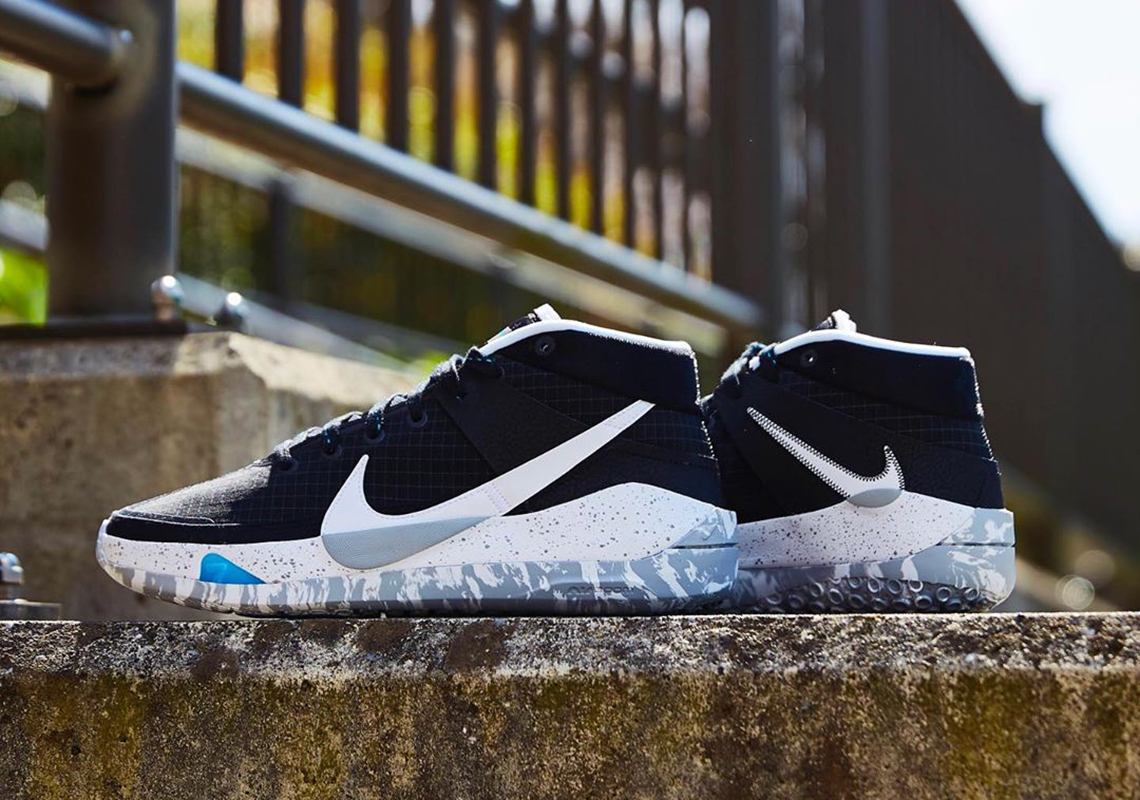 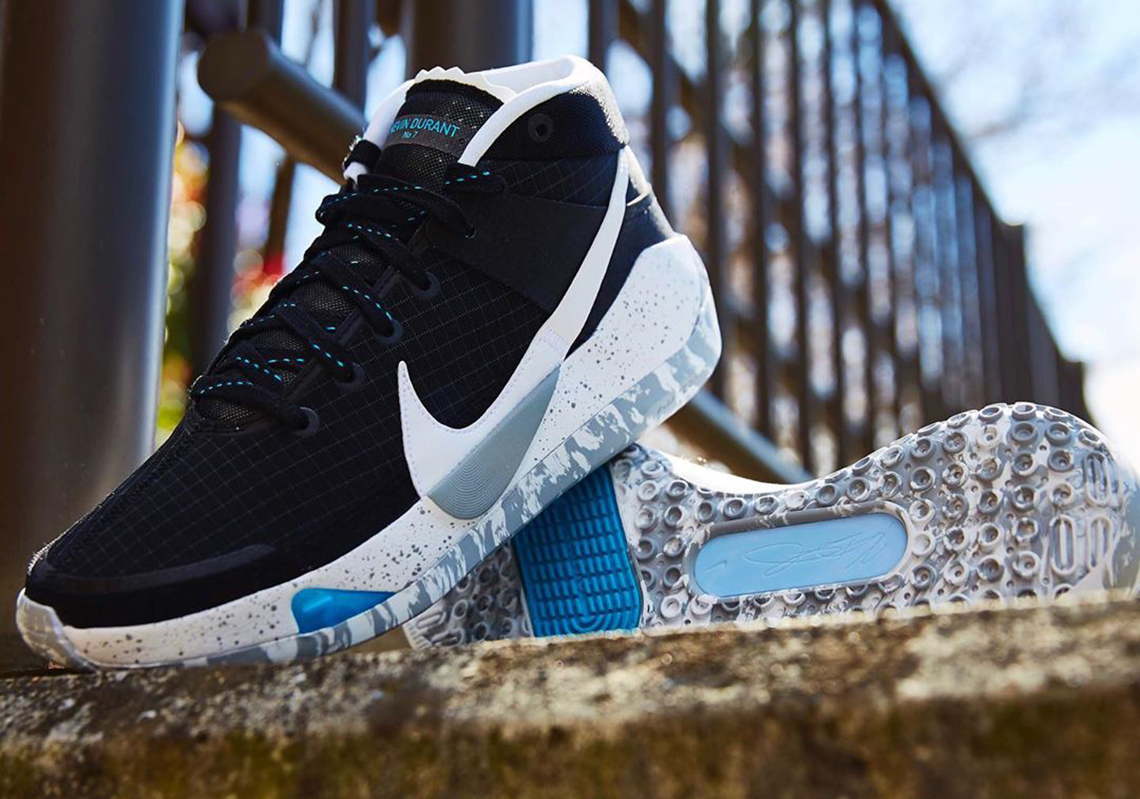 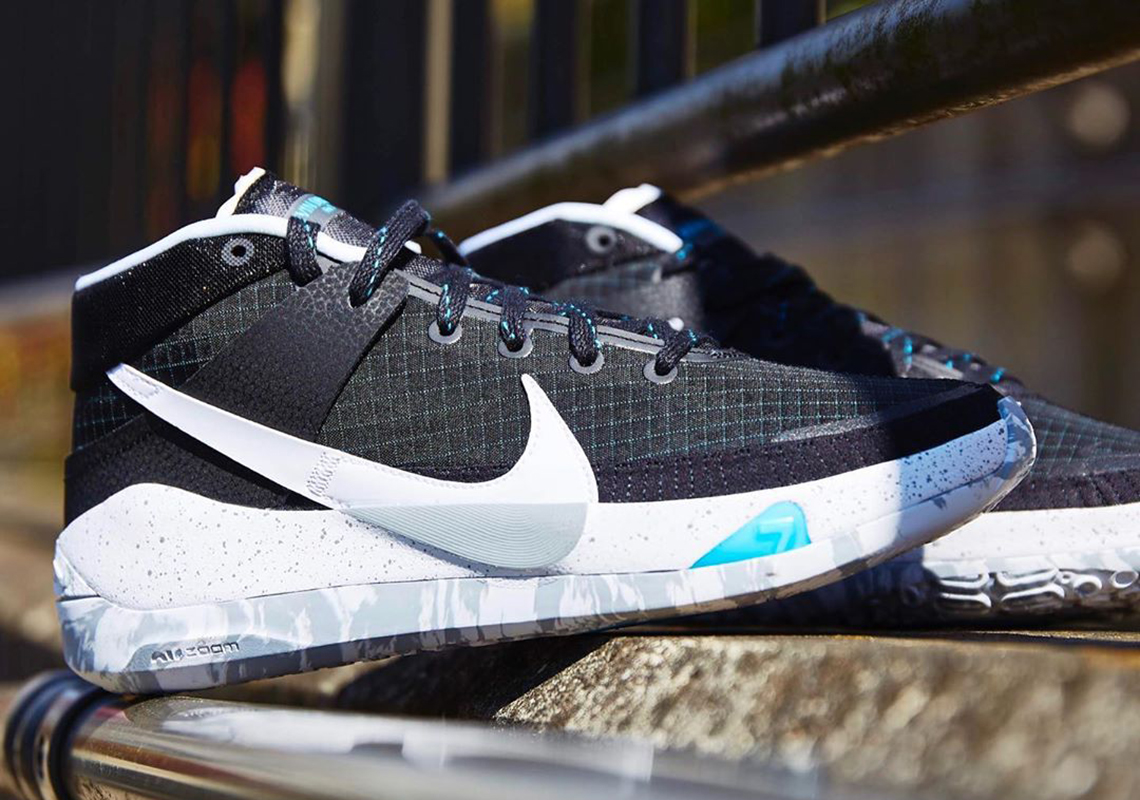 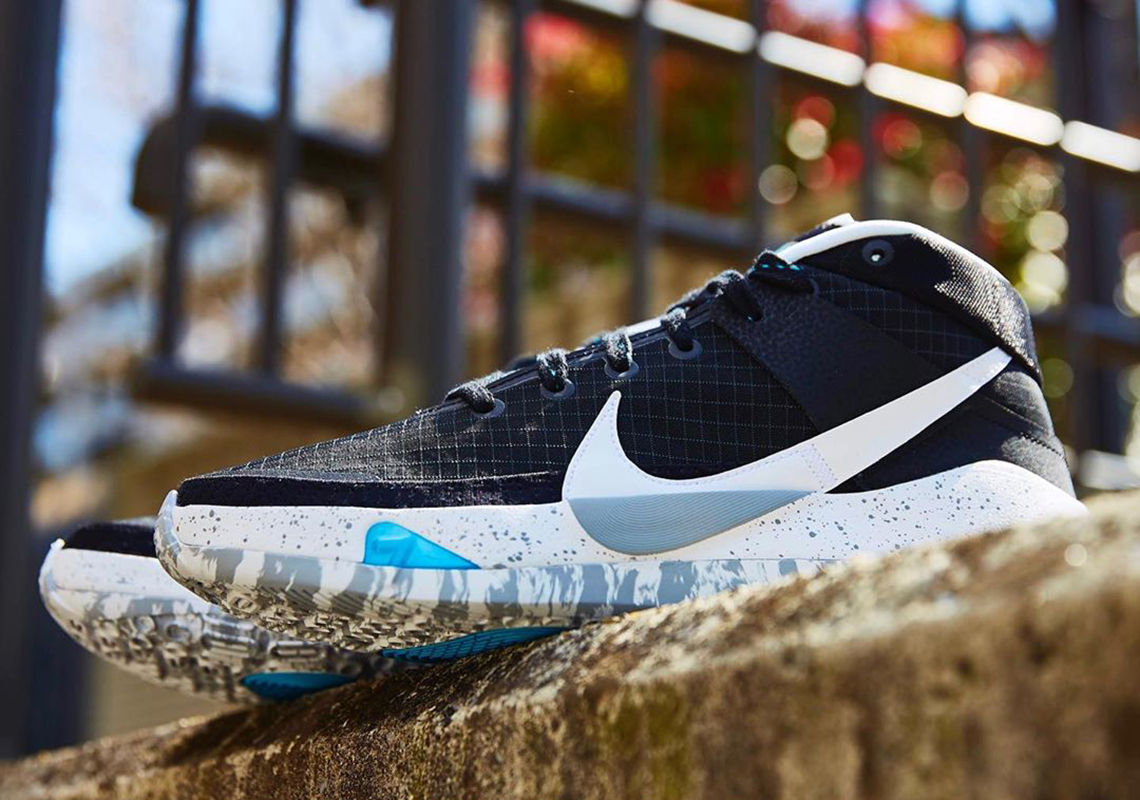 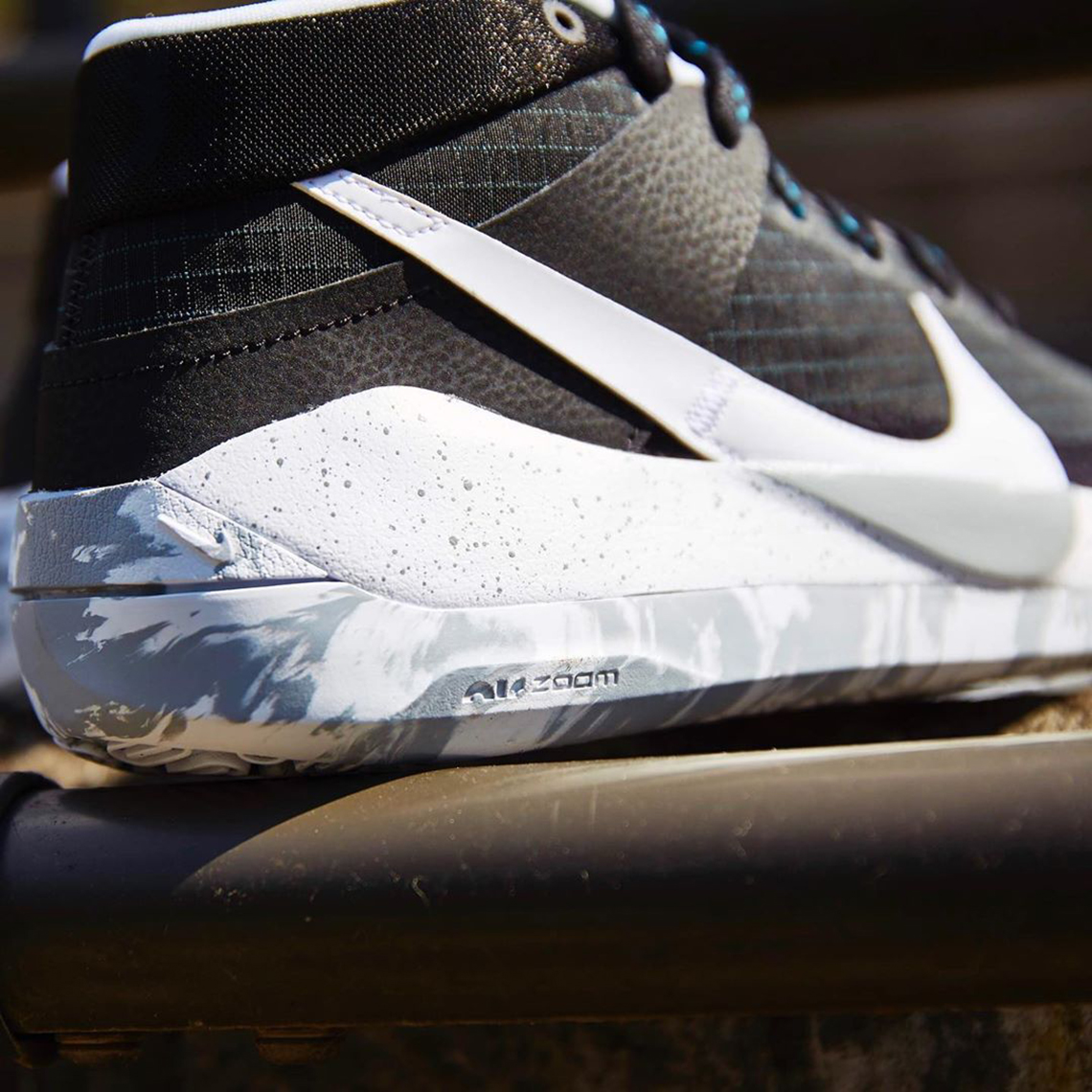 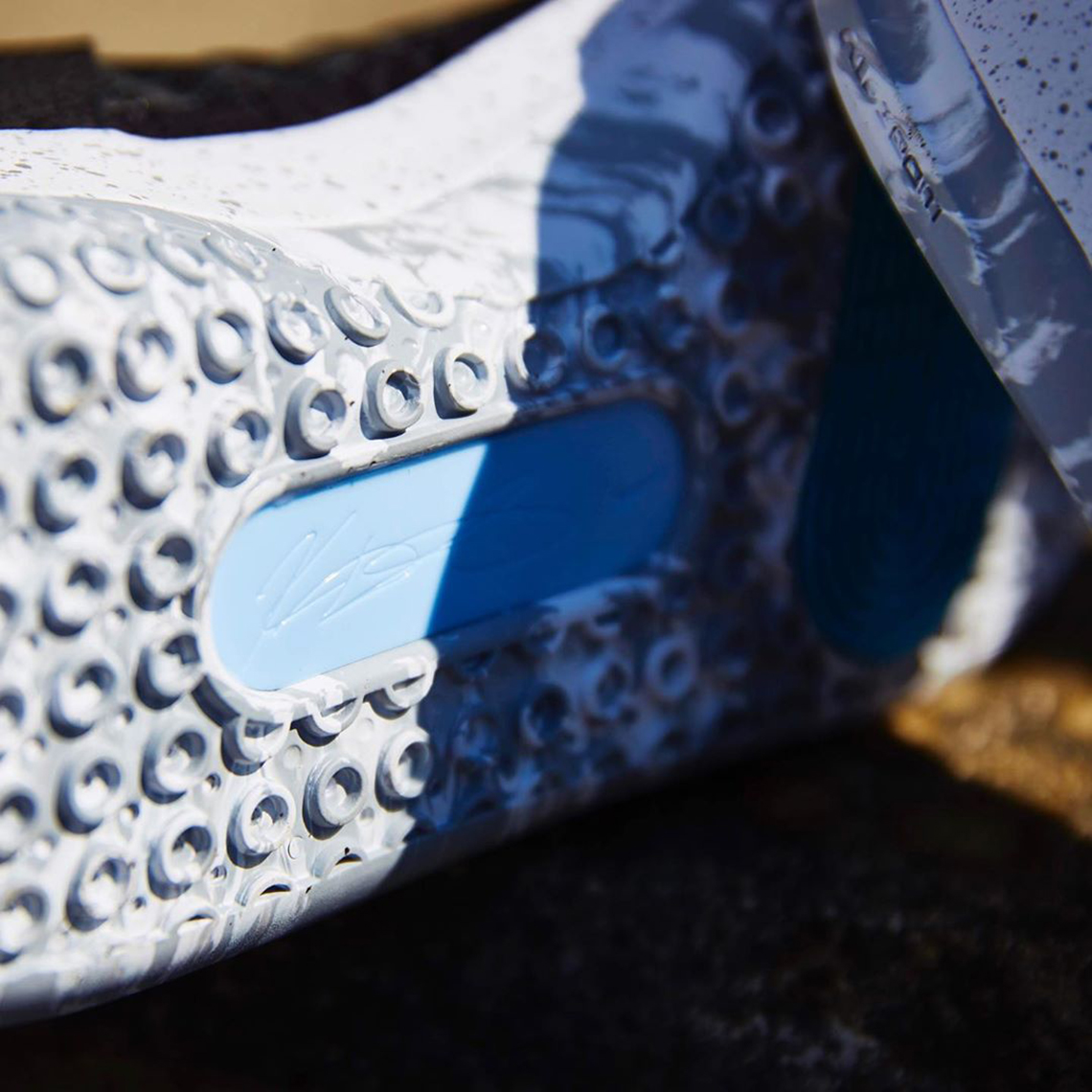 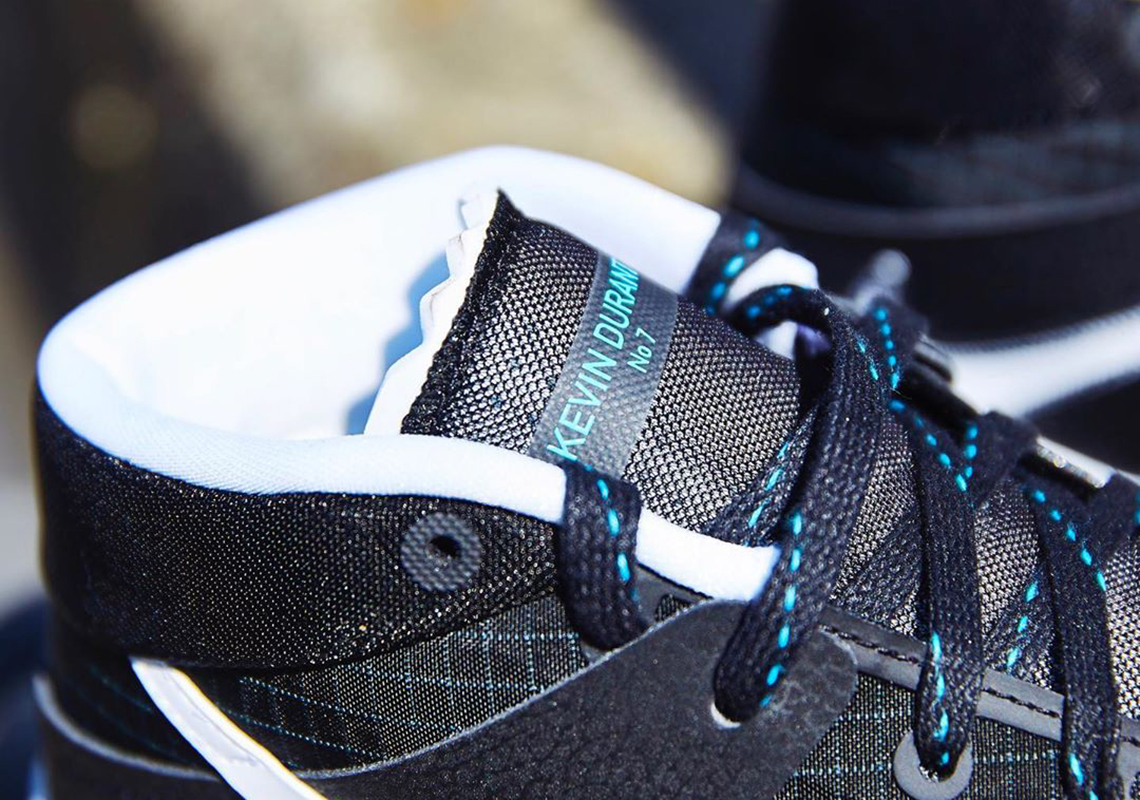