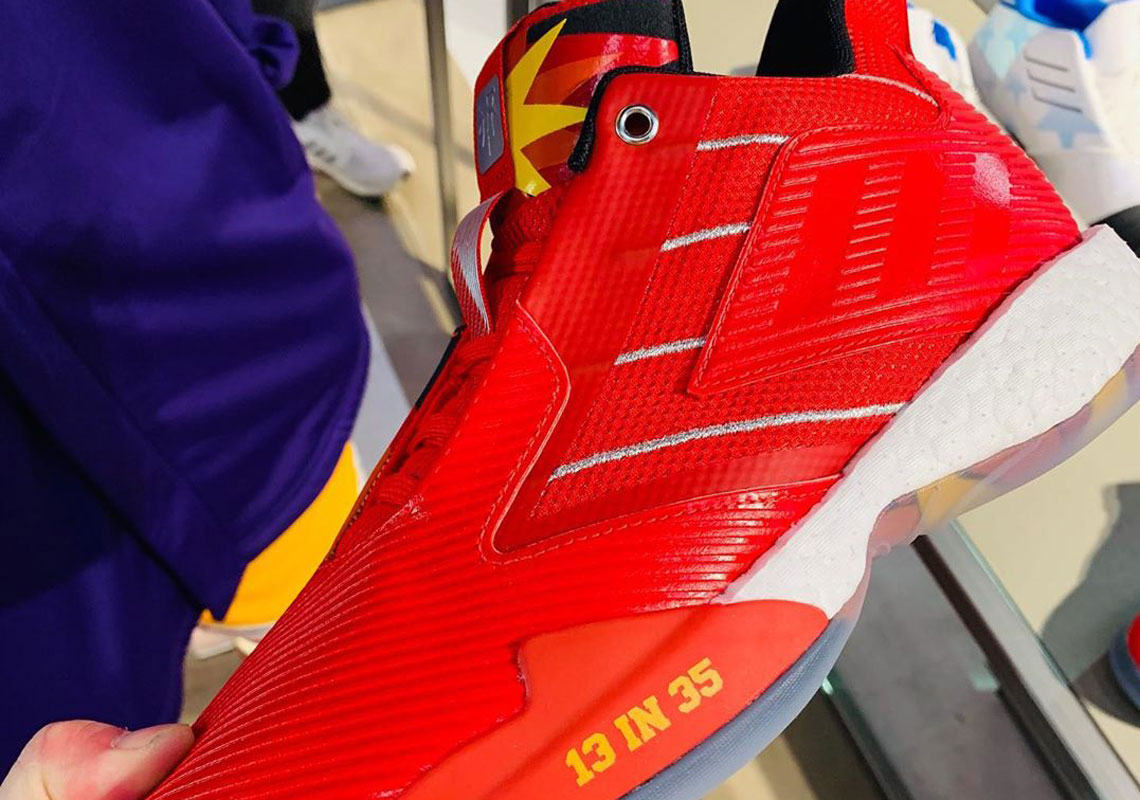 If you’re a basketball fan and have recently been practicing social distancing because of the COVID-19 pandemic, there’s a chance you’ve gone down a YouTube wormhole and landed on arguably the greatest single-game comeback in NBA history: Tracy McGrady‘s 13 points in 35 seconds. Soon, adidas is launching the T-Mac Millennium 2 “13 In 35” to commemorate the guard’s 2004 performance against the San Antonio Spurs.

This follow-up to the T-Mac Millennium keeps the mid-level height prevalent in McGrady’s signature sneaker line, but streamlines the uppers. While still synthetic, construction across the forefoot, midfoot and heel now includes pronounced lines, angular overlays and flush rear structures. All these aforementioned components (save for the profile 3-Stripes’ trimming) are clad in a vibrant Houston Rockets-friendly red. The tops of tongues feature metallic T-Mac logos and yellow, orange and black star-shaped patterns; a similar detail is also visible through the translucent outsole. Like its predecessor, the T-Mac Millennium 2 dons a responsive Boost midsole, which also consists of a lateral forefoot ridge colored in red and adorned with gold “13 IN 35” text on this upcoming pair.

Details of an adidas.com launch are still unknown, but this celebratory T-Mac Millennium 2 may launch in May to coincide with McGrady’s birthday. Until then, stay tuned for updates.

Elsewhere under the 3-Stripes umbrella, another adidas 4D has emerged, only this time in a “Triple Black” colorway. 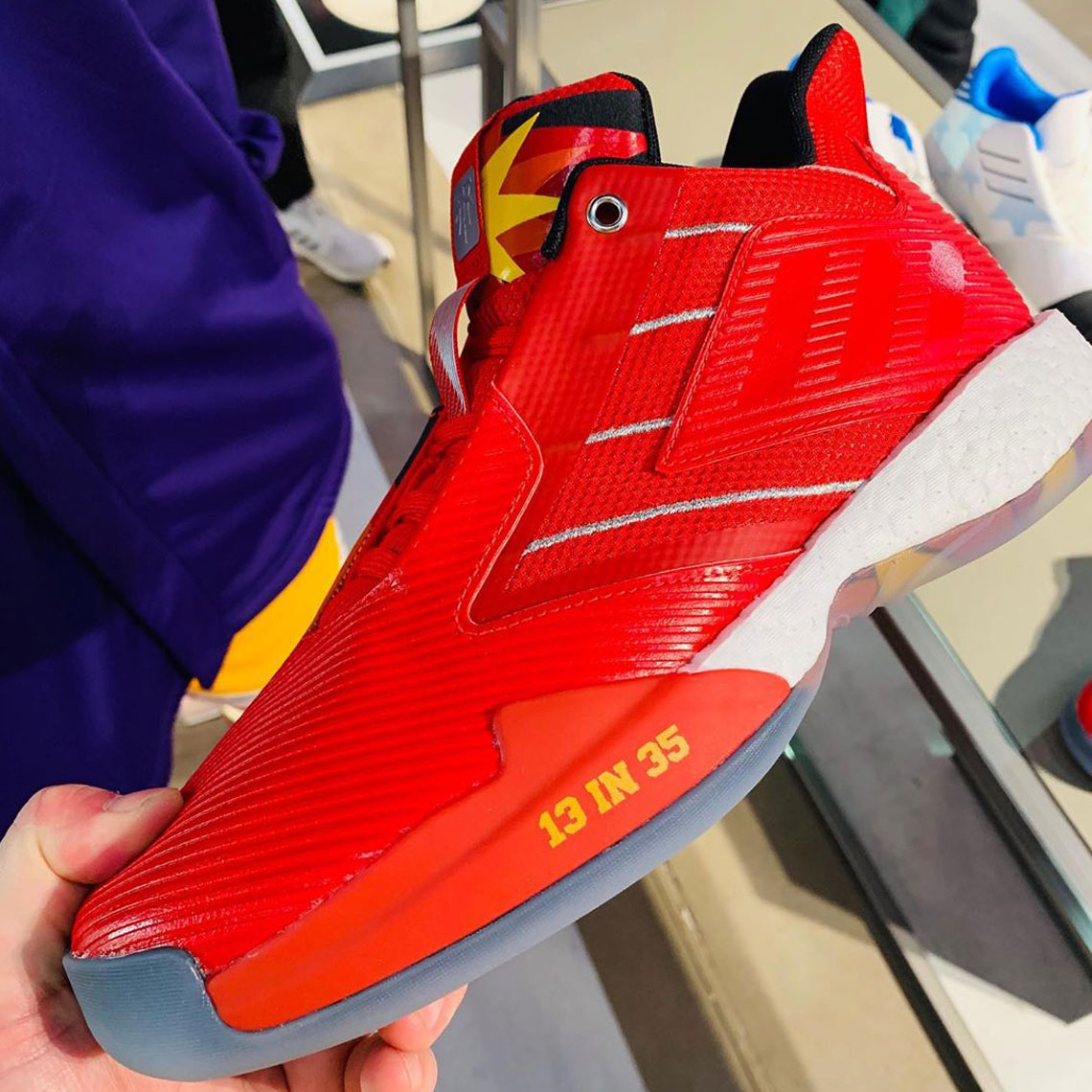