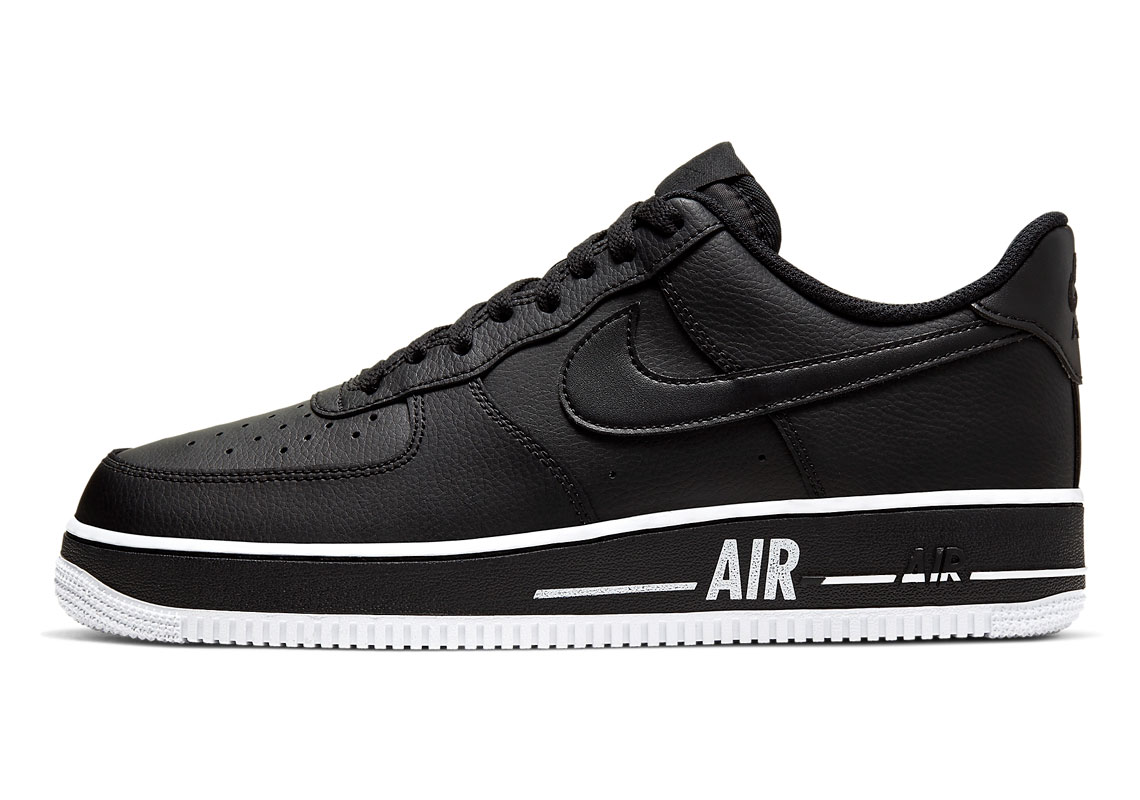 For a silhouette that has long-cemented itself within the sneaker pantheon, the Nike Air Force 1 is never not working to keep things fresh. And while a recent Supreme Air Force 1 argues that the ’82 classic is at its best in its simplest form, Bruce Kilgore’s design has emerged with a slew of far-from-OG modifications in the past month alone. The latest Air Force forgoes any previously-seen removable Swooshes and iridescent panels, but still embodies the spirit of experimentation.

Akin to a forthcoming Sketch Swoosh edition, this Air Force 1 Low covers all of its leather panels in black. Profile Swooshes and accompanying branding, however, exchange the schematic-like composition for their standard arrangement. Down below, the cushioning and traction systems introduce both a yin-and-yang scheme and experimental touch into the mix. Enclosed Air units are denoted by their typical, raised “AIR” markers on the lateral heel, but they’re also identified by enlarged “AIR” graphics printed closer to the midfoot.

Grab a closer look at this two-tone, low-top Air Force 1 here below as you await pairs to arrive on Nike.com in the coming weeks.

For more monochromatic options from under the NIKE, Inc. umbrella, check out a recent Jordan 1 Low reminiscent of 2016’s “Premium Essentials” Pack. 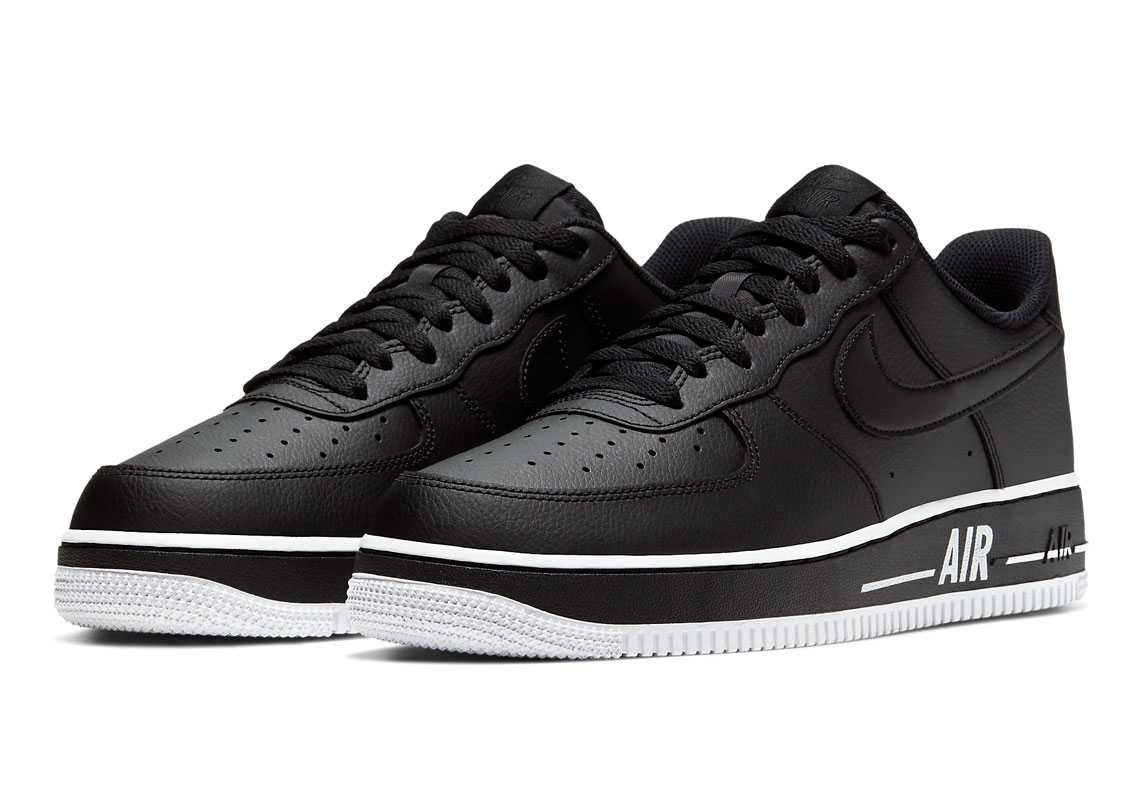 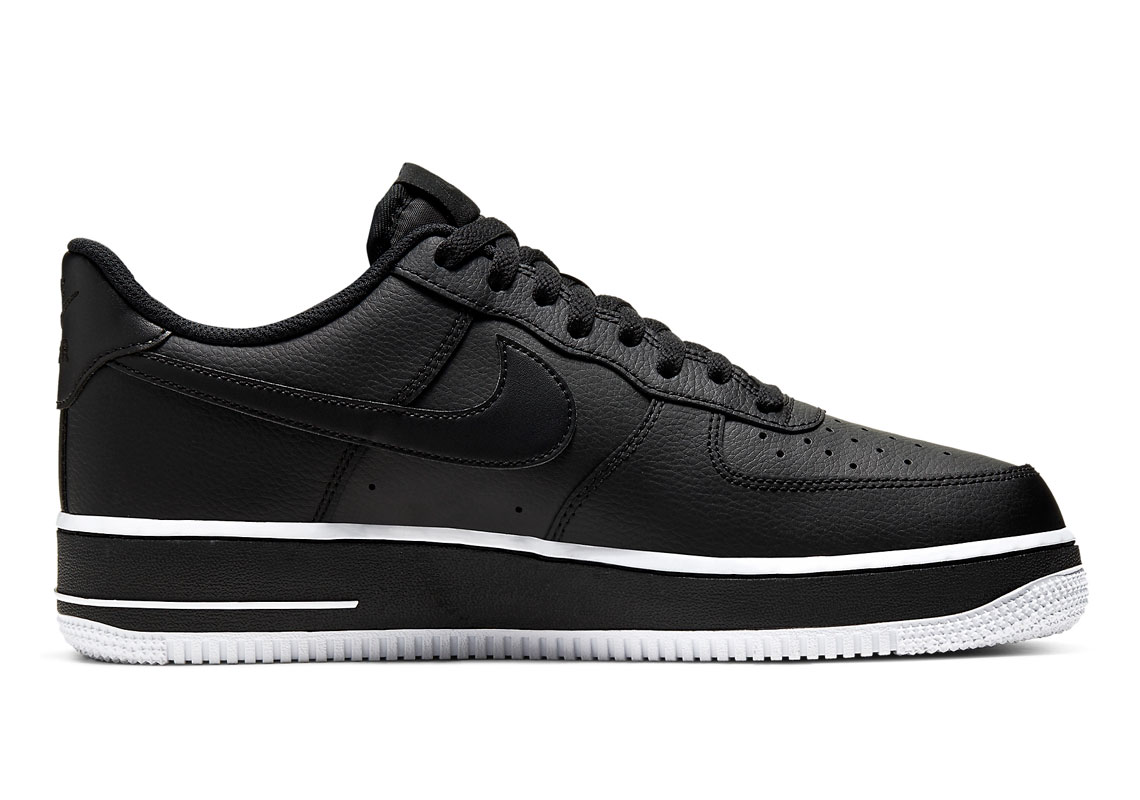 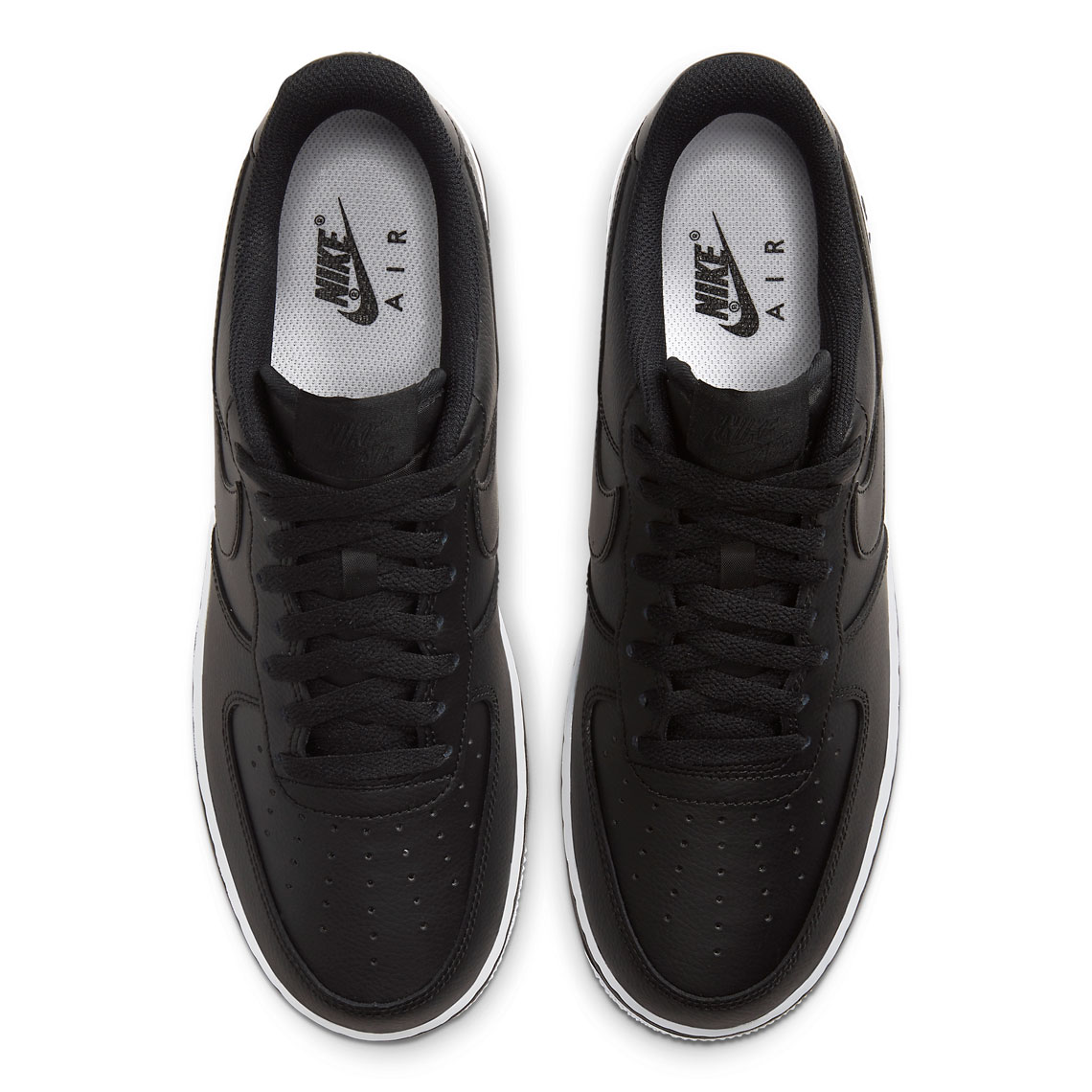 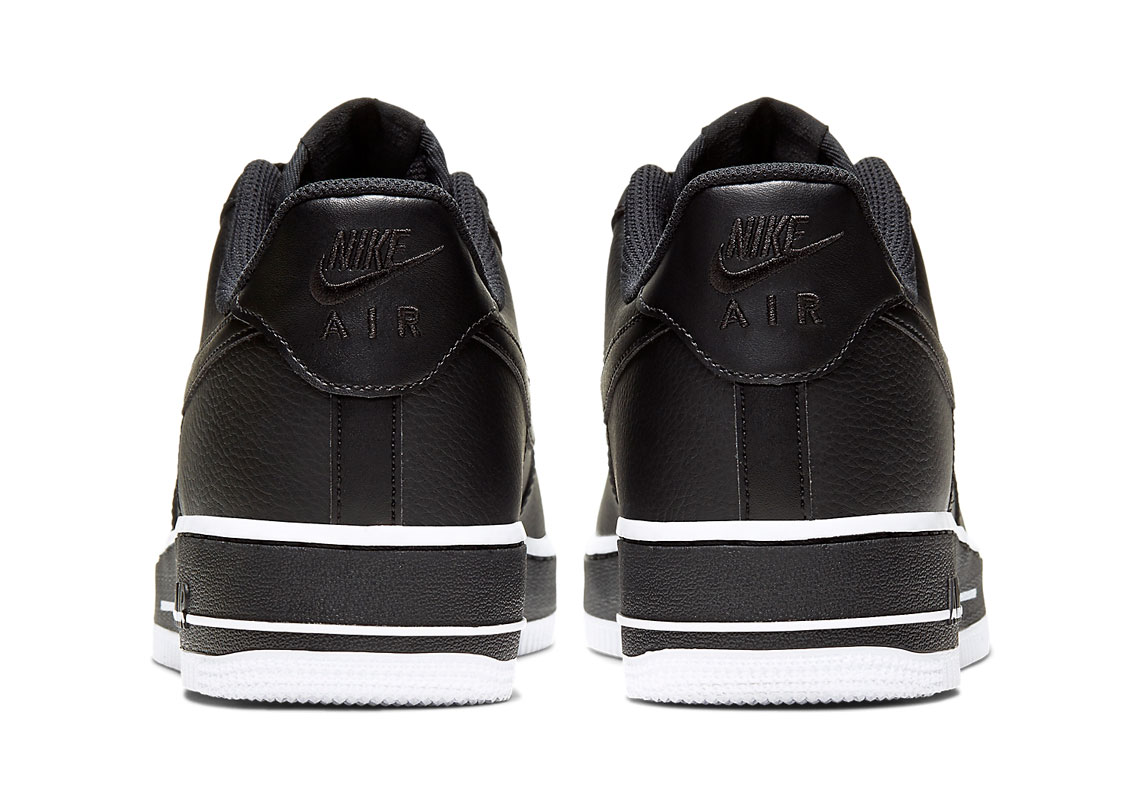