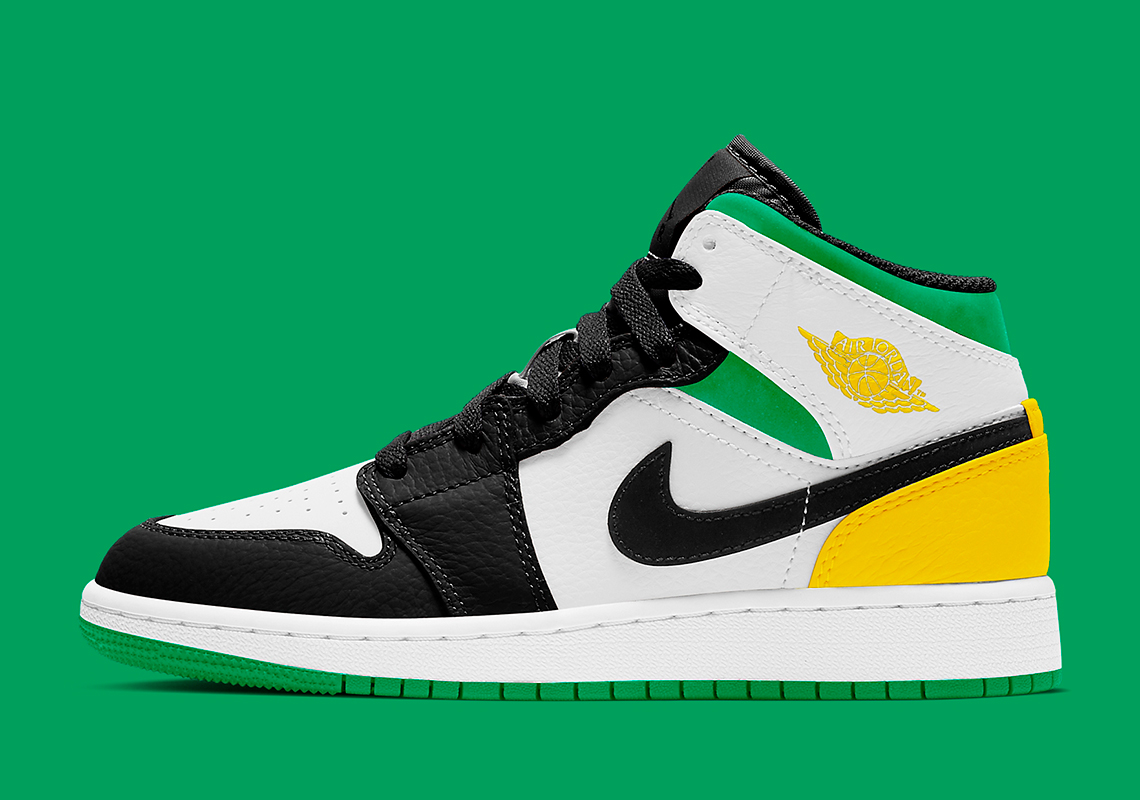 Though St. Patrick’s Day has long past, the Air Jordan 1 Mid is still making full use of lucky green tones, applying them directly to yet another kid’s general release. Though it takes more of a backseat role, the shade lies visually pronounced as it seats both the outsole and the ankle padding, leaving quite a bit of room for the Laser Orange to also support. The latter, which adorns only a small fraction of the construction, calls attention to the suede at the heel as well as the typical Jumpman insignia that take up both the ankle flap and tongue. Elsewhere, a mostly ordinary, versatile black and white fill out the rest of the paneling in a material mix of smooth leather and canvas. Grab a detailed look at the offering here and expect it to hit a select batch of retailers and Nike.com likely within the coming months.

In other news, the Air Jordan 1 Low is now copying the ’85’s Varsity Red colorway. 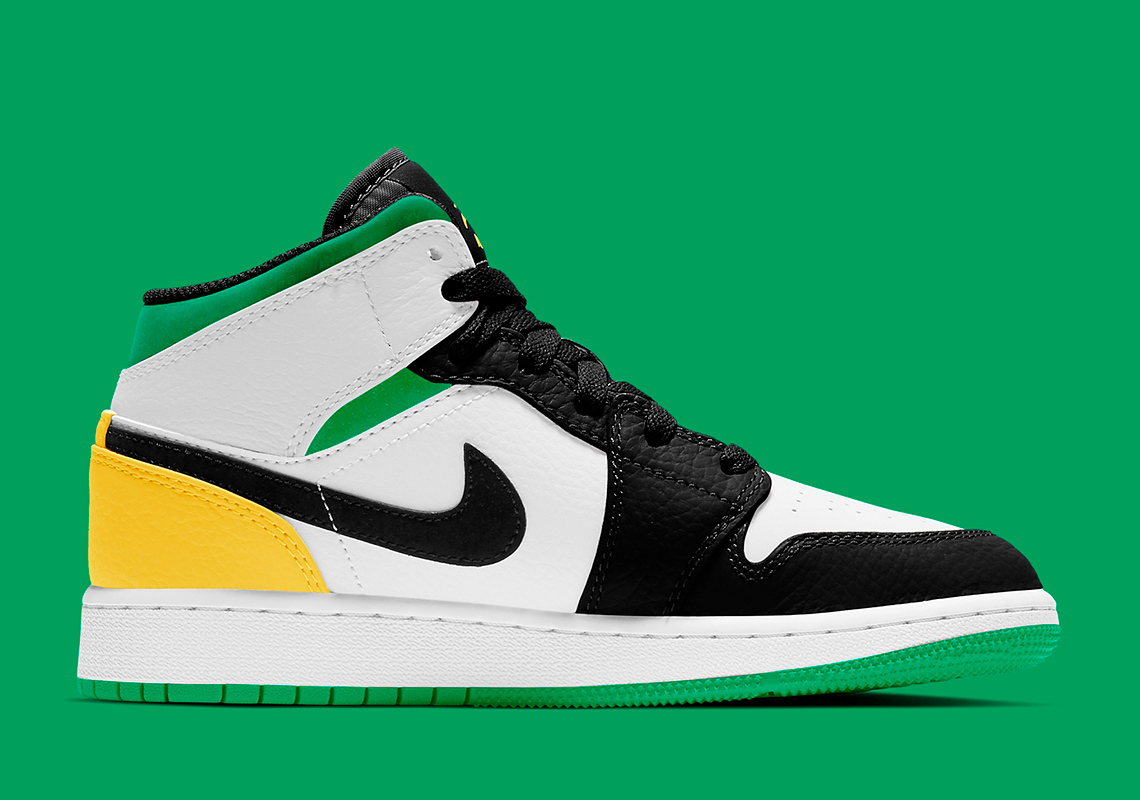 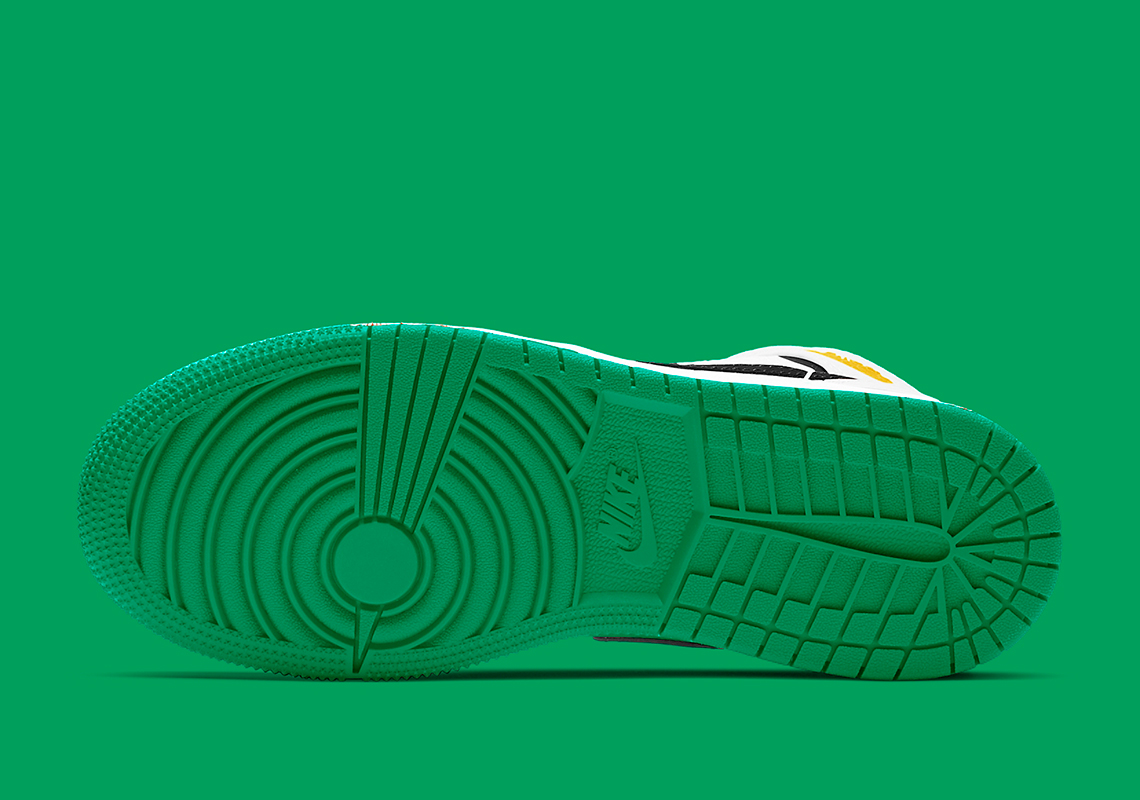