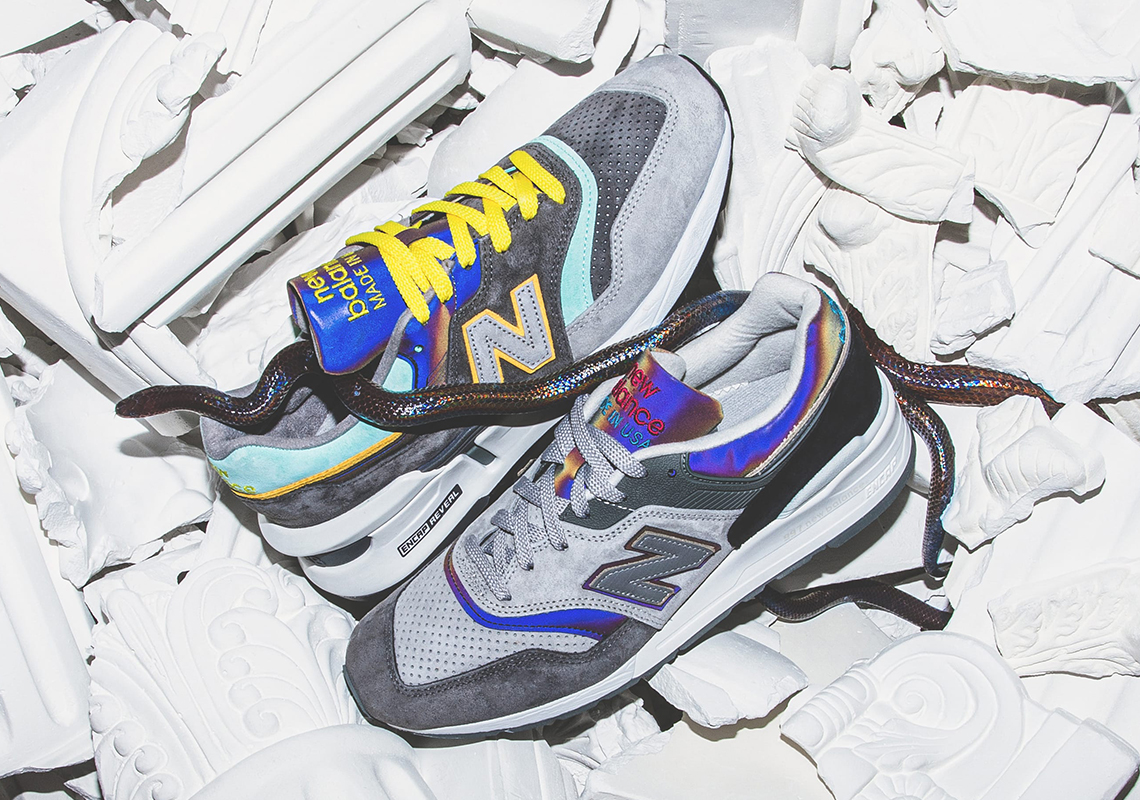 New Balance is no stranger to collaborations, with some of its most coveted products ever being joint efforts. After tapping Aime Leon Dore and Casablanca, the Boston-based institution is partnering with Maryland’s DTLR on a 997 and 997S inspired by Greek mythology.

Dubbed “Greek Gods,” the two-pack brings the vindictiveness of Perseus and stone-coldness of Medusa to sneaker form. Like the demigod, who returned from the death mission he was sent on by King Polydectes, the 997 has prevailed over its competition since debuting in 1991. “Black” and “Cool Grey” suede uppers keep things neutral and are accompanied by iridescent accents. As a nod to the polished shield used to kill the sleeping Gorgon, a reflective, 3M trim runs across the midfoot and collar. Profile “N” logos stand-in for Medusa’s severed head given their snakeskin construction.

As the added letter in its name suggests, the 997S delivers a sportier look. Two-tone grey bases set the stage for the teal and yellow hues throughout that entice onlookers with a single gaze. The latter steals the show as it overtakes the laces, side logo trimming, tongue and heel branding. Tongues and collar areas sport a deceivingly dull purple that morphs into unexpected blue, green and more depending on the light and angle. Just as with her slayer’s pair, the “Medusa” 997s is cushioned by a white ENCAP Reveal midsole boasting grey tread.

The DTLR and New Balance “Greek Gods” collaboration arrives to DTLR.com on April 17th. In the meantime, enjoy a closer look at each 997 here below

For more collaborations from the North American stalwarts, check out the New Balance 827 Abzorb by Stray Rats. 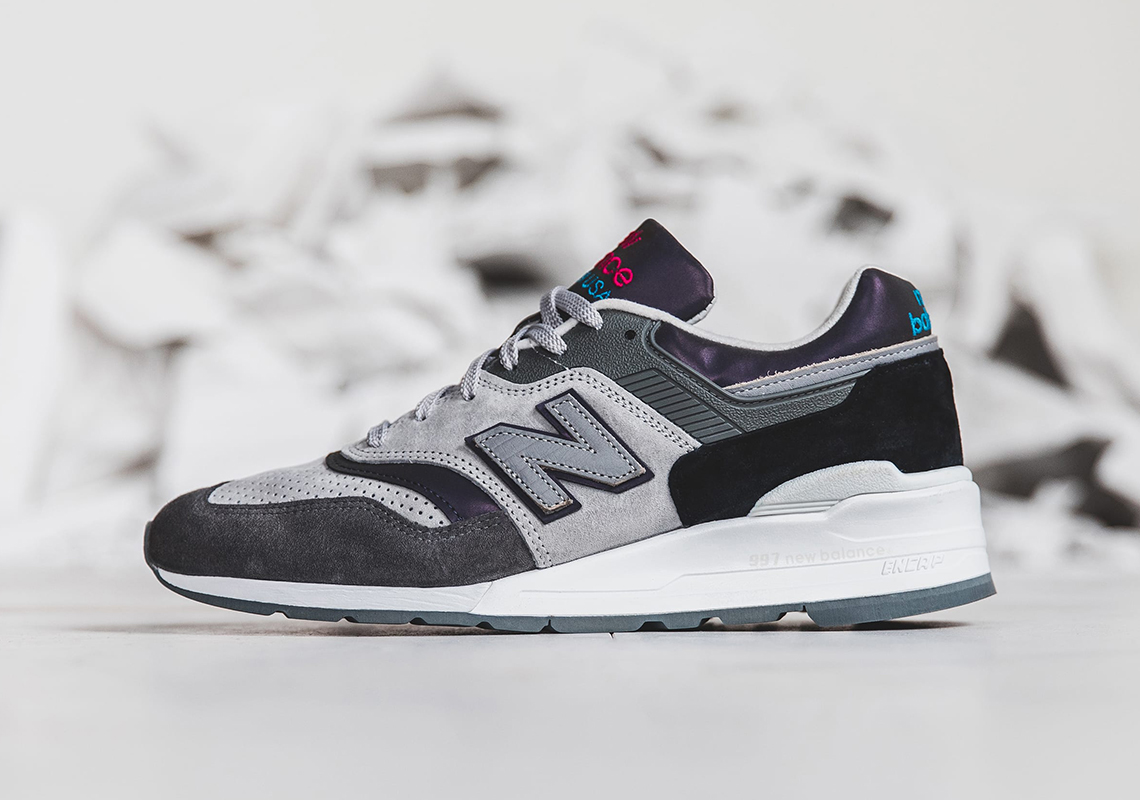 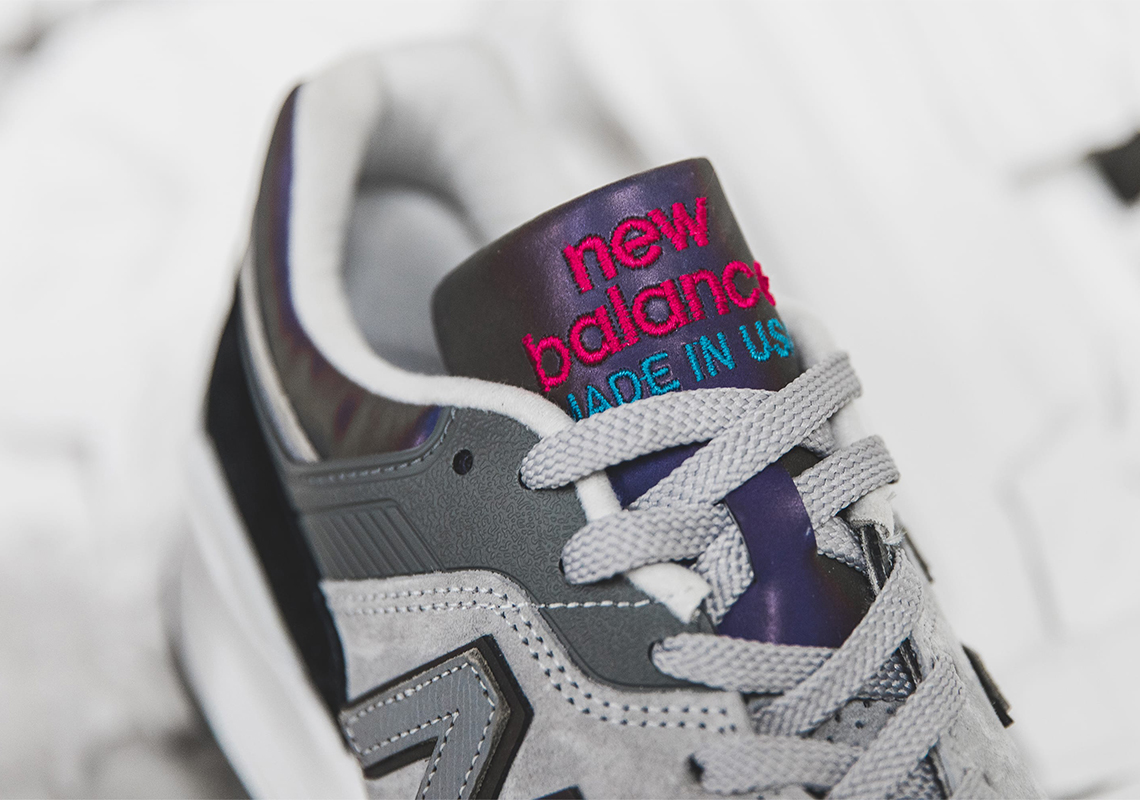 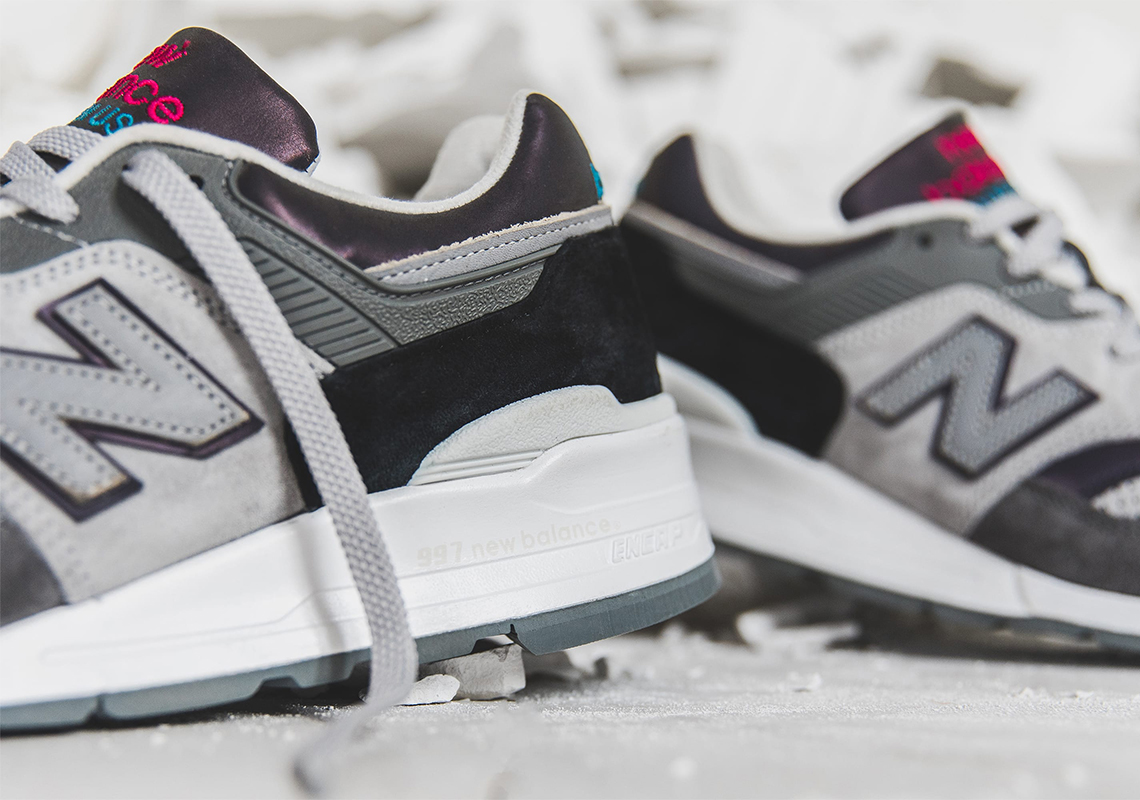 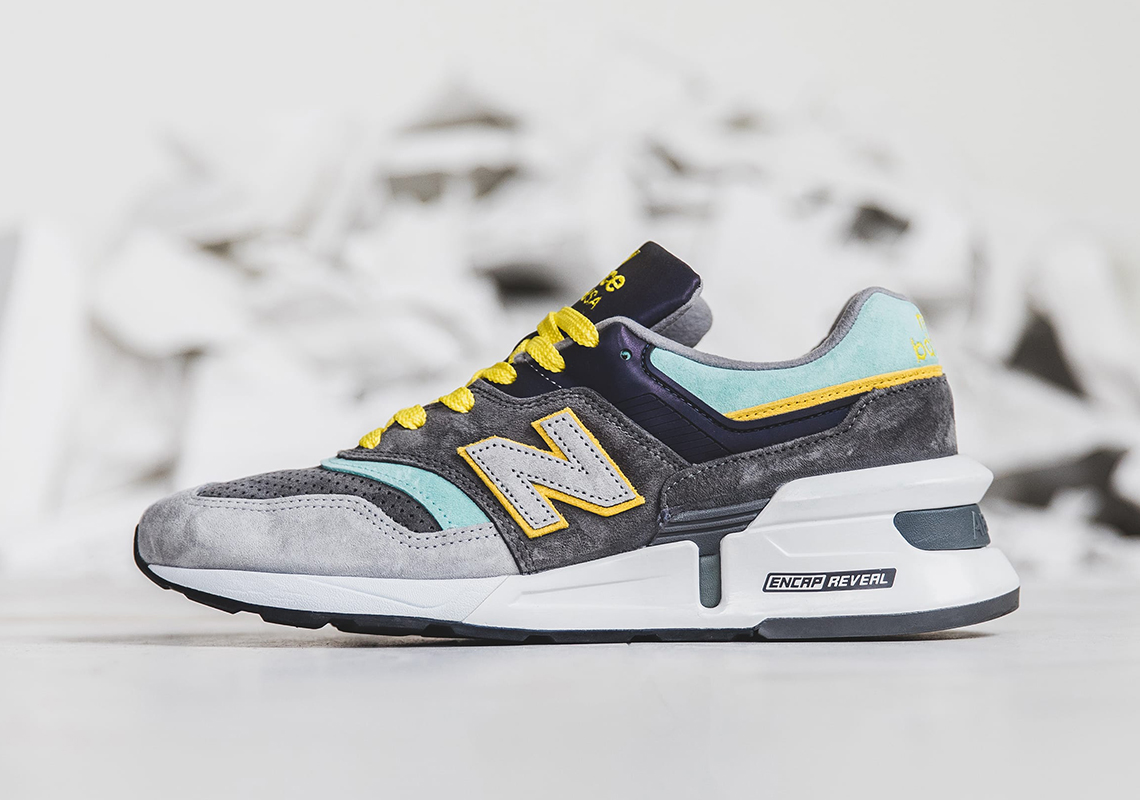 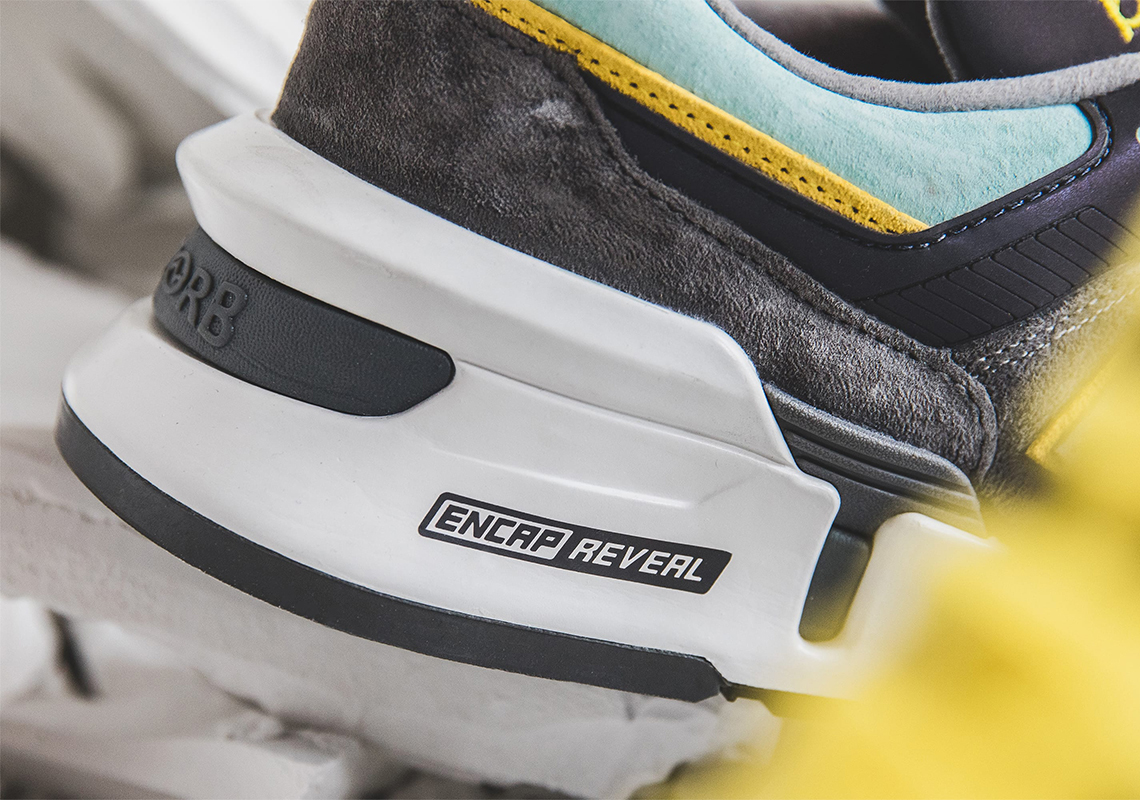 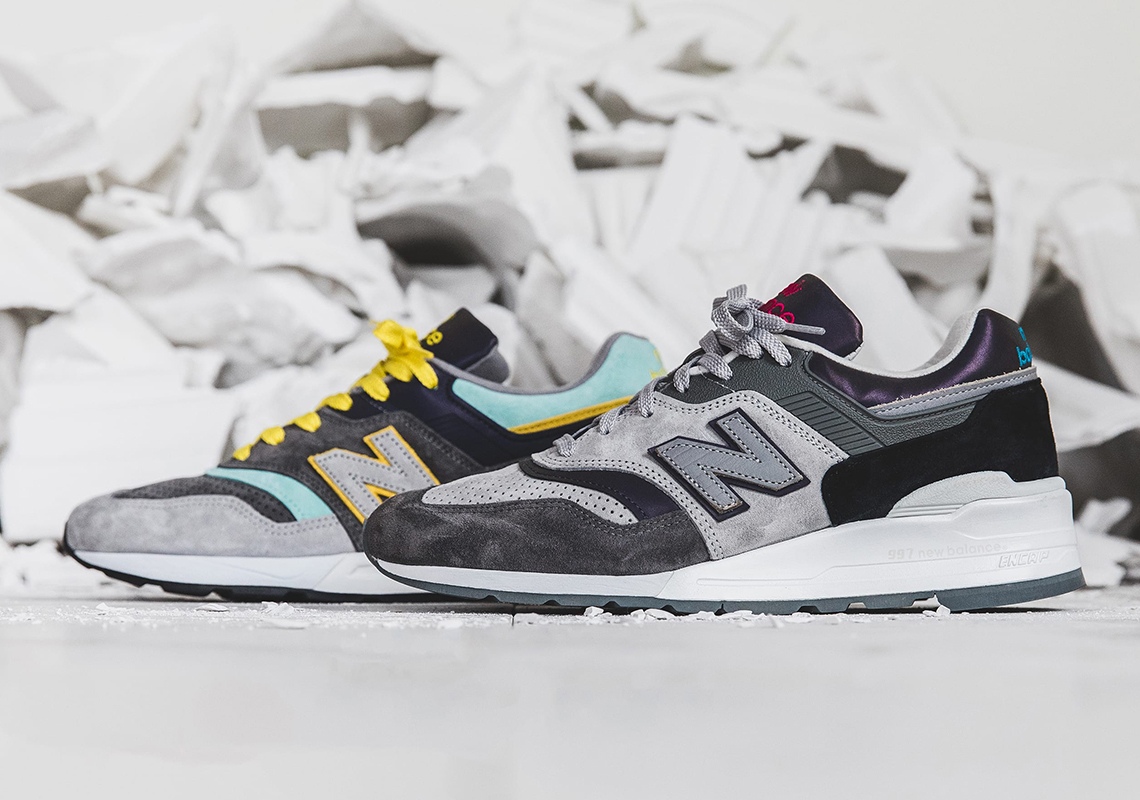