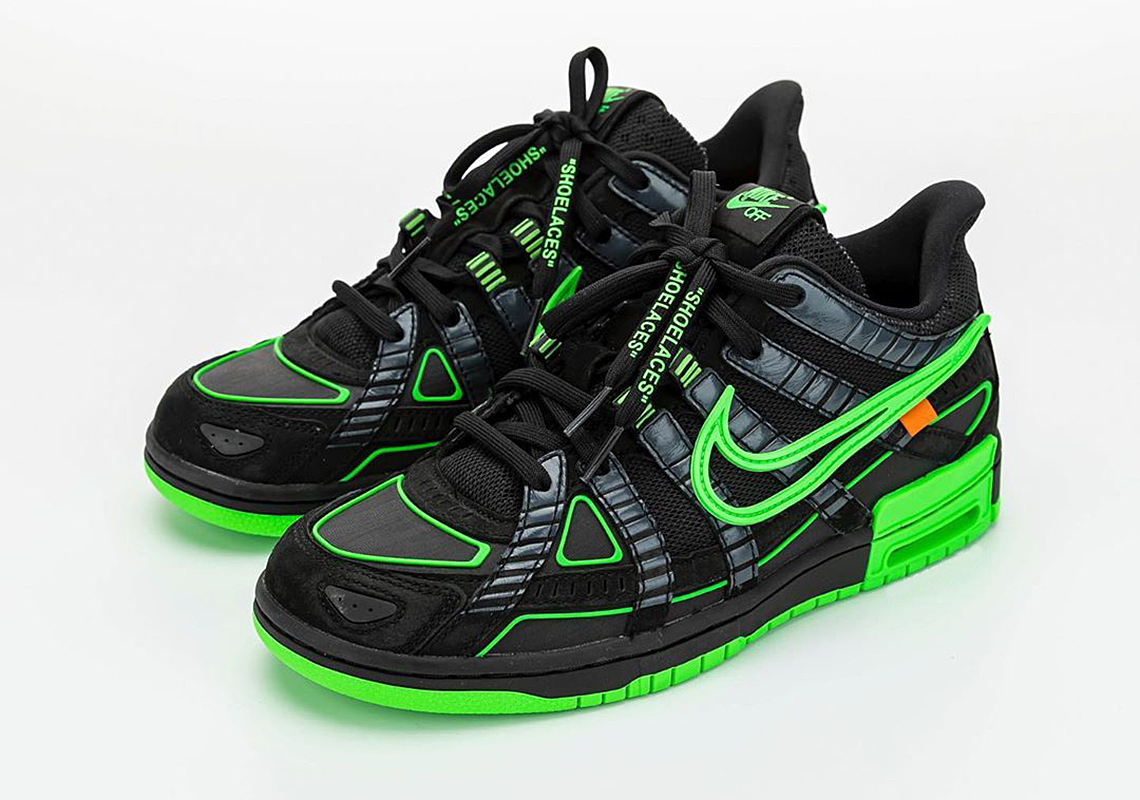 Up Close With The Off-White x Nike Rubber Dunk

Virgil Abloh, though often owed credit for changing the entire landscape of sneaker collaborations as we know it, has only ever used the pre-established for his own works with Nike. But now, originally made to honor the Tokyo Olympics, the Off-White designer is crafting a unique silhouette entirely: the Rubber Dunk. A fusion of classic runners and burgeoning lifestyle mainstays, the model constructs with aggressive, retro-esque paneling atop its upper. Stripes of leather separate vertically from the forefoot backwards, boating a slight polish and horizontal slits all across. Underneath, more matted black mesh adds visual dimension with its adjacent synthetics dosing slight futurism as they outline with the colorway’s vibrant volt green. These shades then make their way over to the overlaid swoosh at the heel — a change from what was revealed during New York Fashion Week — as well as the laces’ Helvetica text, the tongue’s “Nike OFF” branding, and the tooling’s outsole details. Grab a look at Virgil’s newest offering here and sit tight for word on its rumored Spring 2020 release.

In other news, the Air Jordan 1 Court Purple arrives tomorrow. 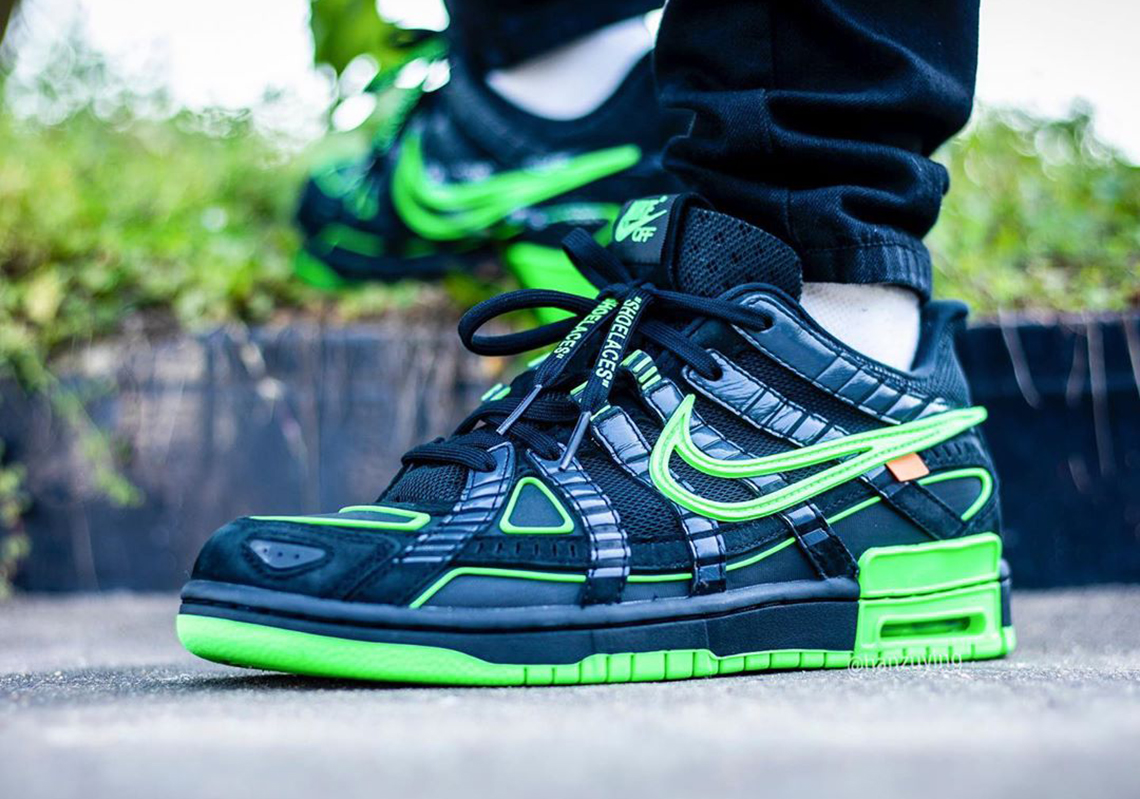 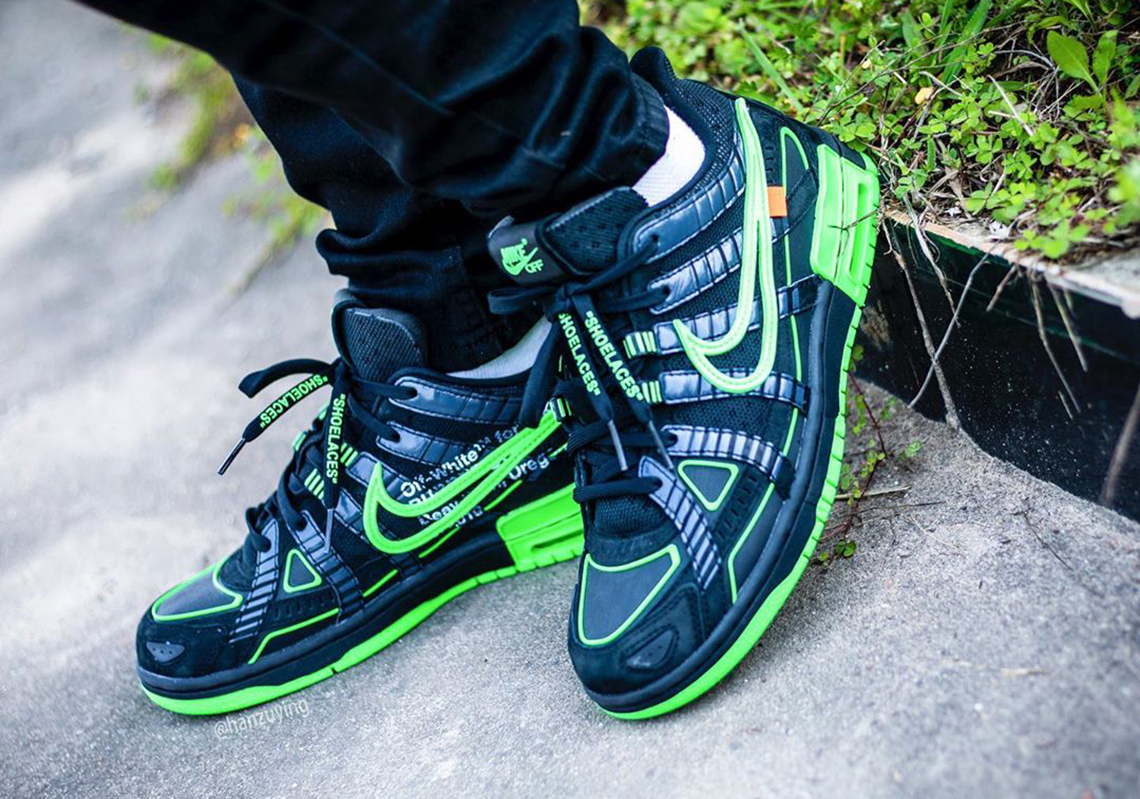 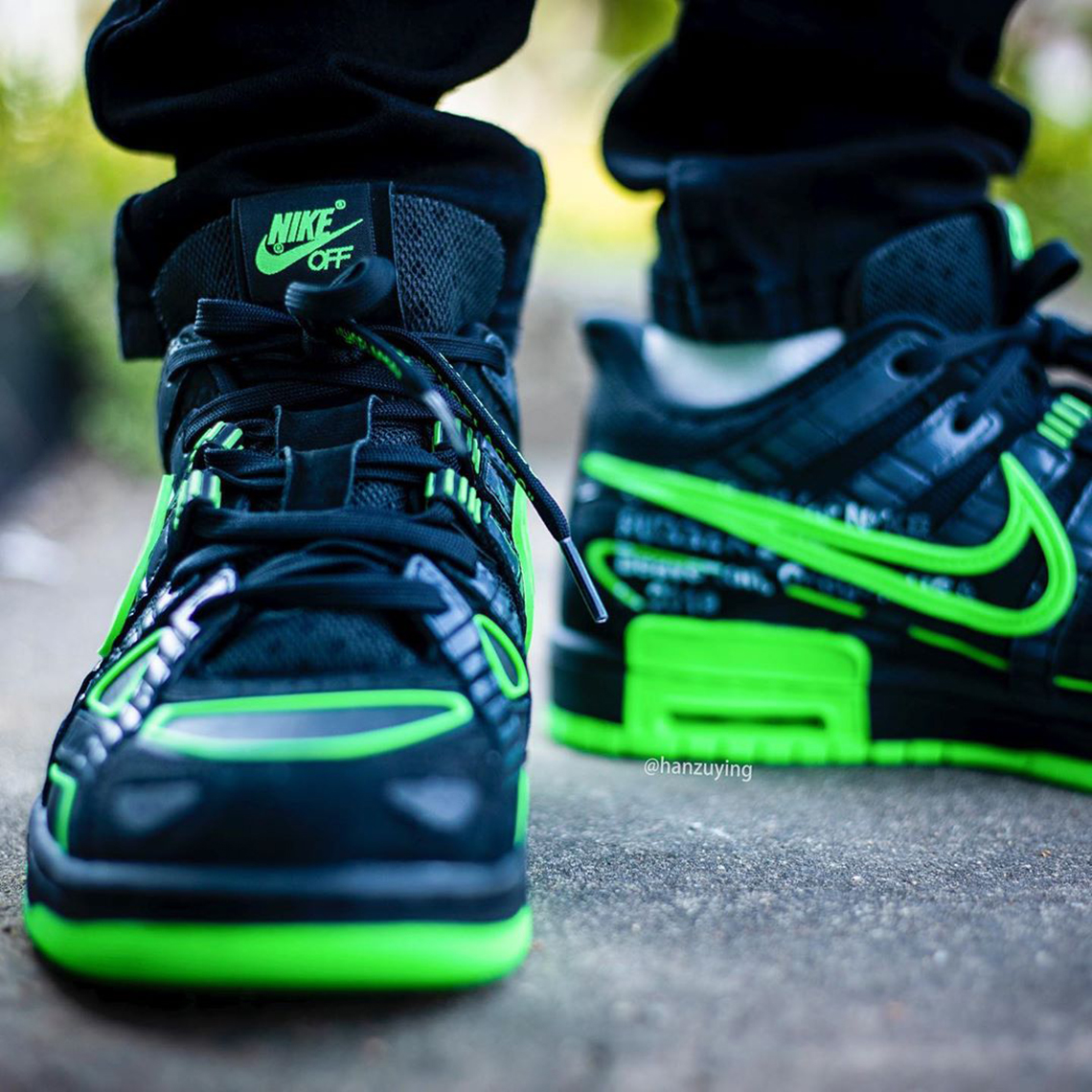 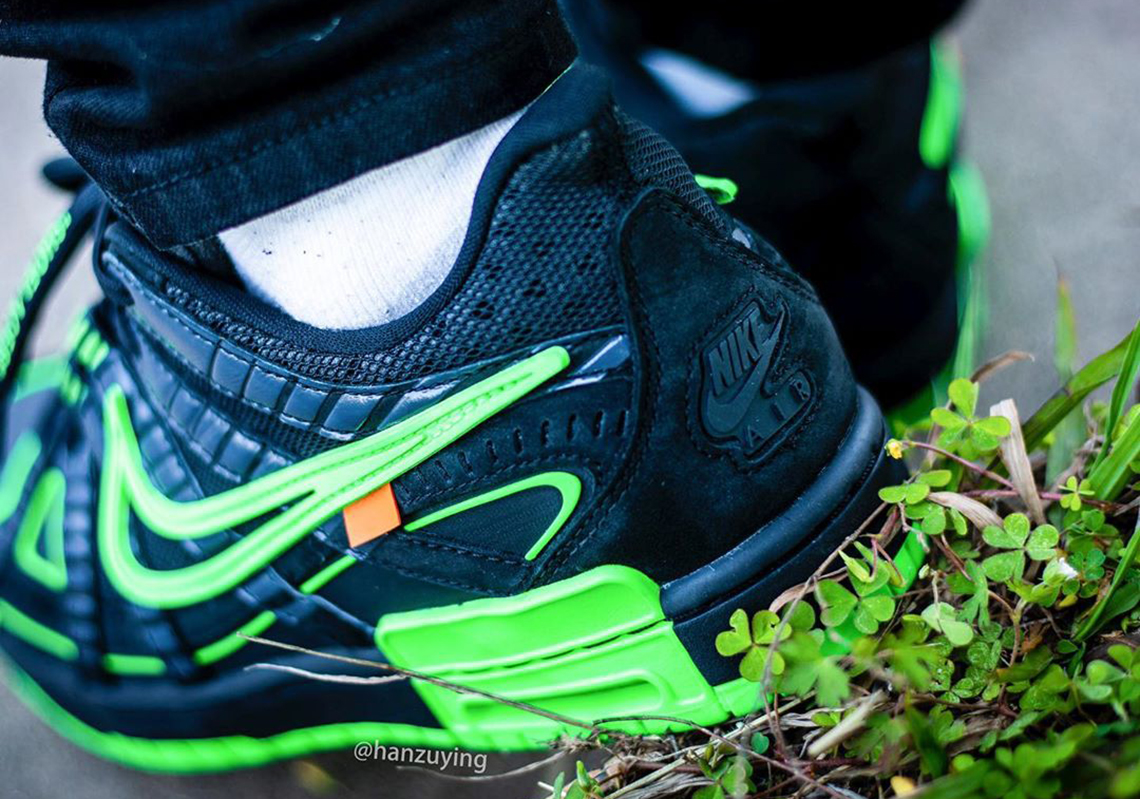 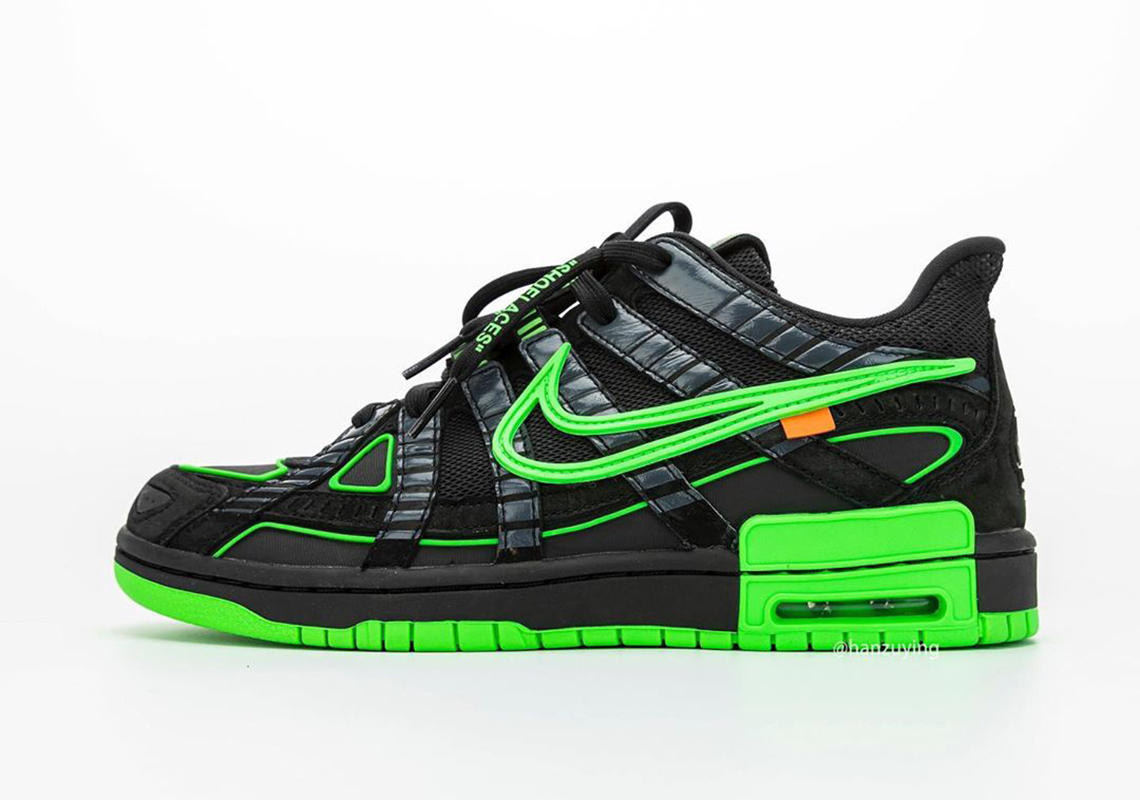 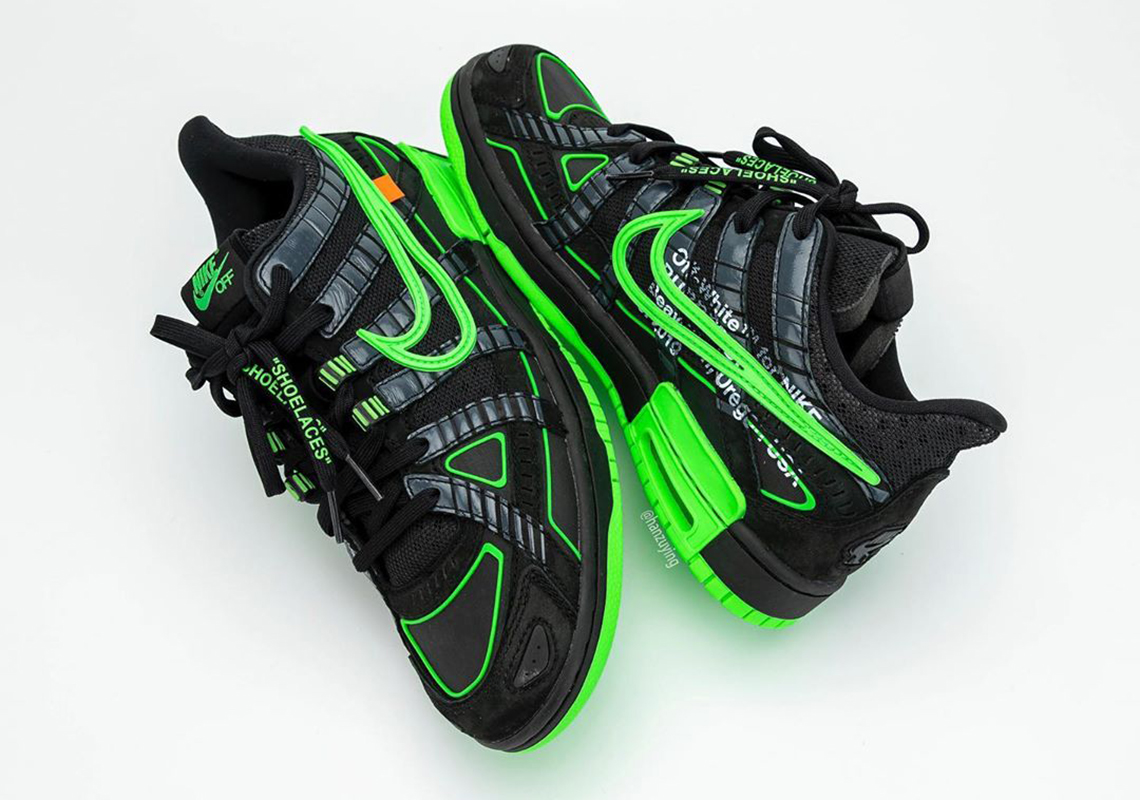 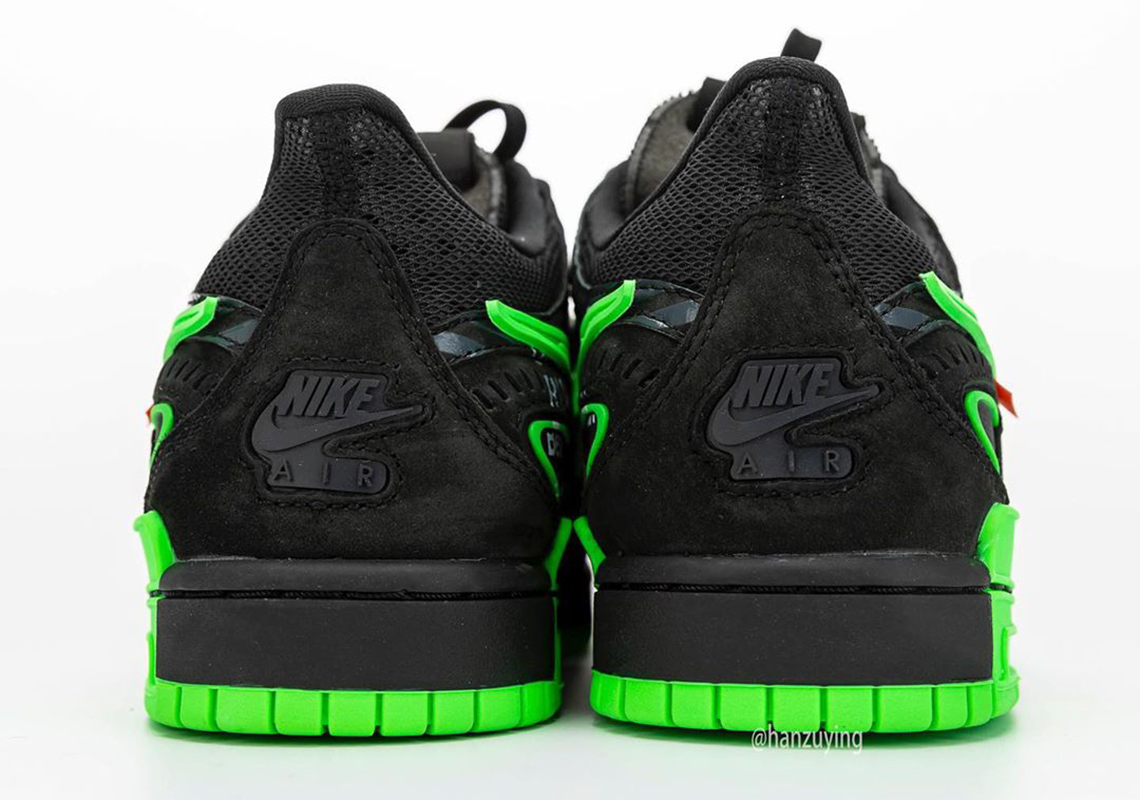