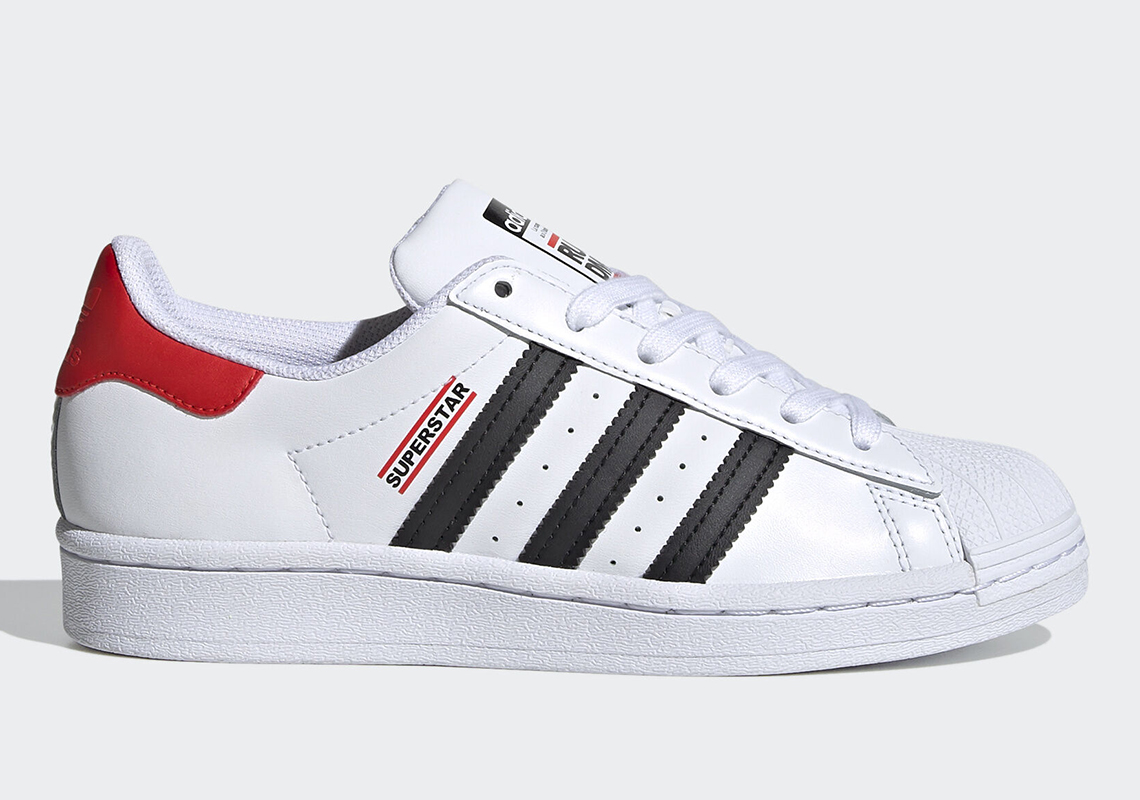 While today’s generation may associate hip hop and adidas with artists such as Kanye West, Pusha T, and Childish Gambino, OG heads will be first to tell you that the partnership was first birthed through the representation of hip hop collective Run DMC. The trio including Jam Master Jay, Joseph Simmons, and Darryl McDaniels spawned a whole movement in which rap and the Three Stripes became synonymous, so much in fact that they even produced a song entitled “My Adidas”. And being that the iconic Superstar is in the midst of commemorating its 50th anniversary, there’s no better time for the silhouette to revive one of its fondest moments in history by releasing another rendition in their honor. After nodding to the musical group with a duo of laceless renditions back in February, the German-based imprint – in more literal fashion – uses a clean white/black Superstar colorway at base, and places RUN DMC embellishments atop the tongue and footbeds. Additionally, the “Superstar” text on the lateral panels is sandwiched between two red lines to further pay homage to the hip hop legends. Grab a first look here, and find these dropping in the coming months on adidas.com.

In other news, navy Yeezy 700 MNVN samples have emerged. 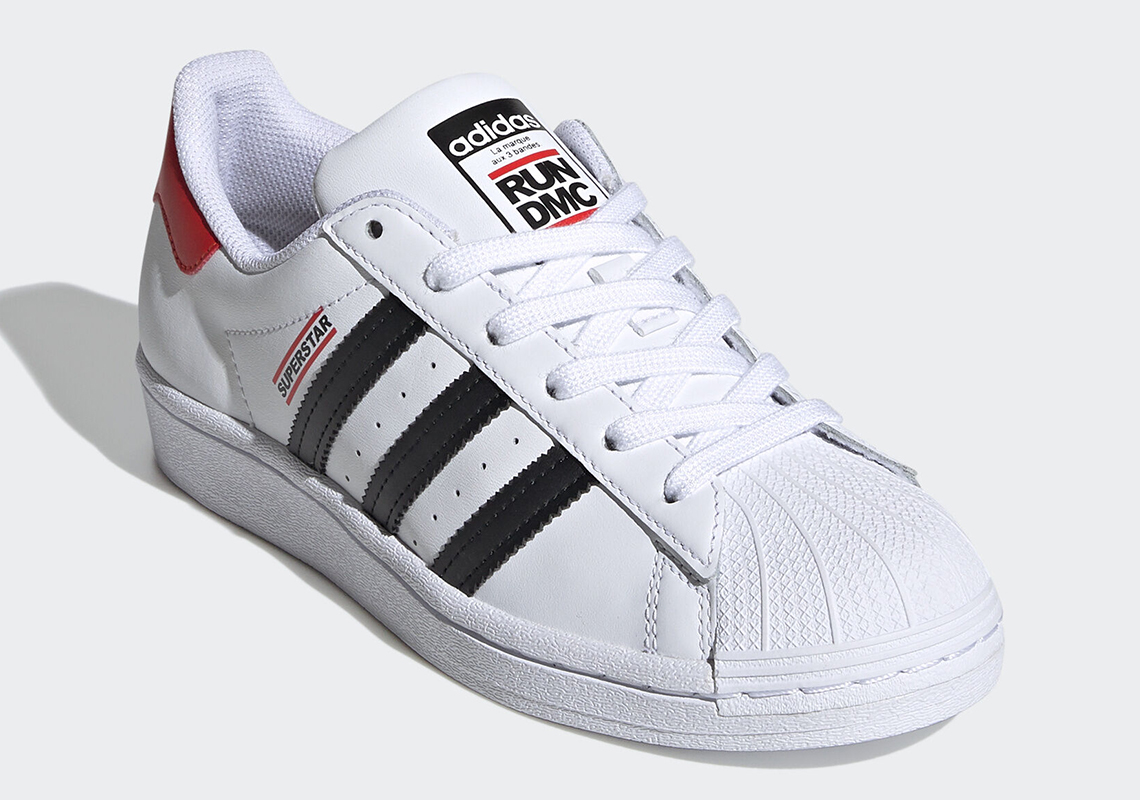 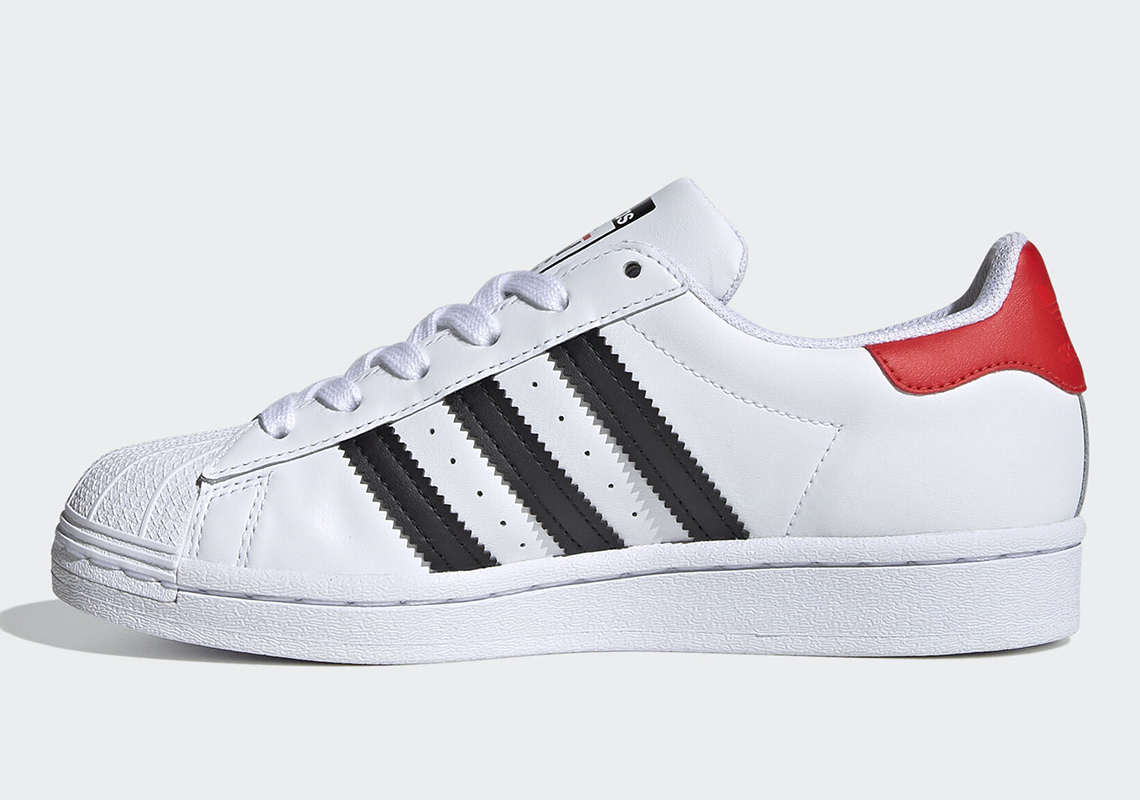 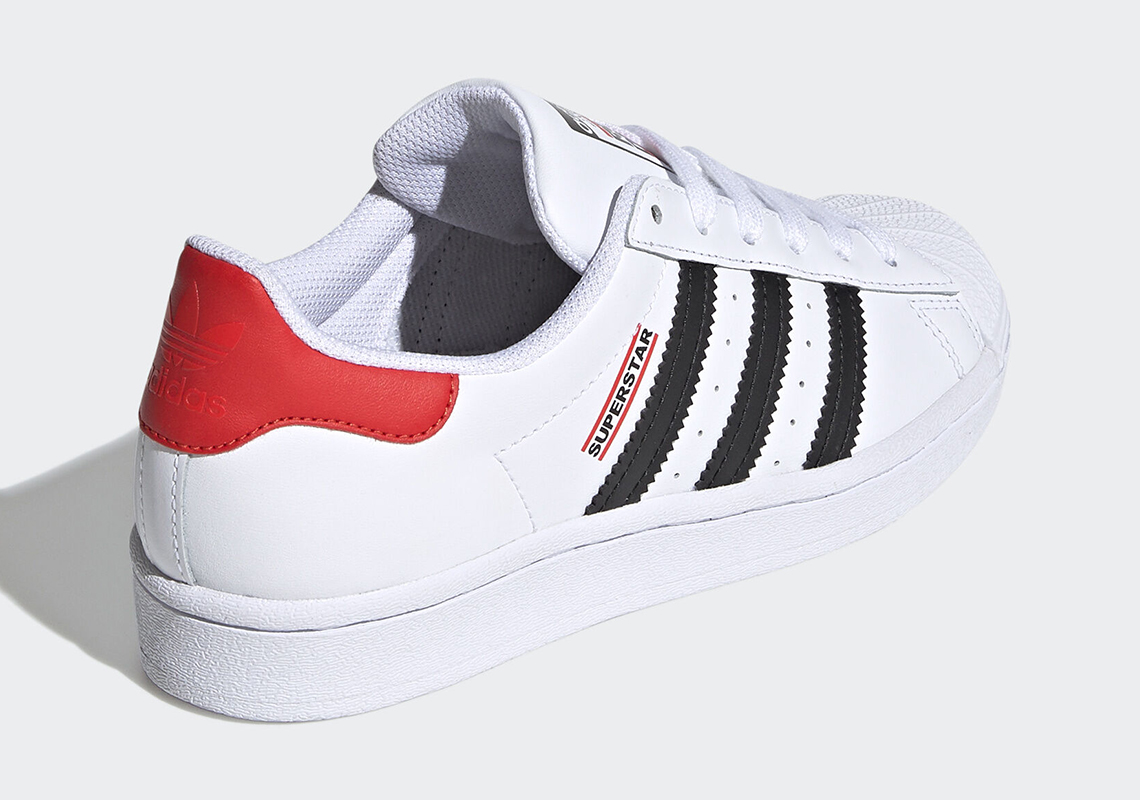 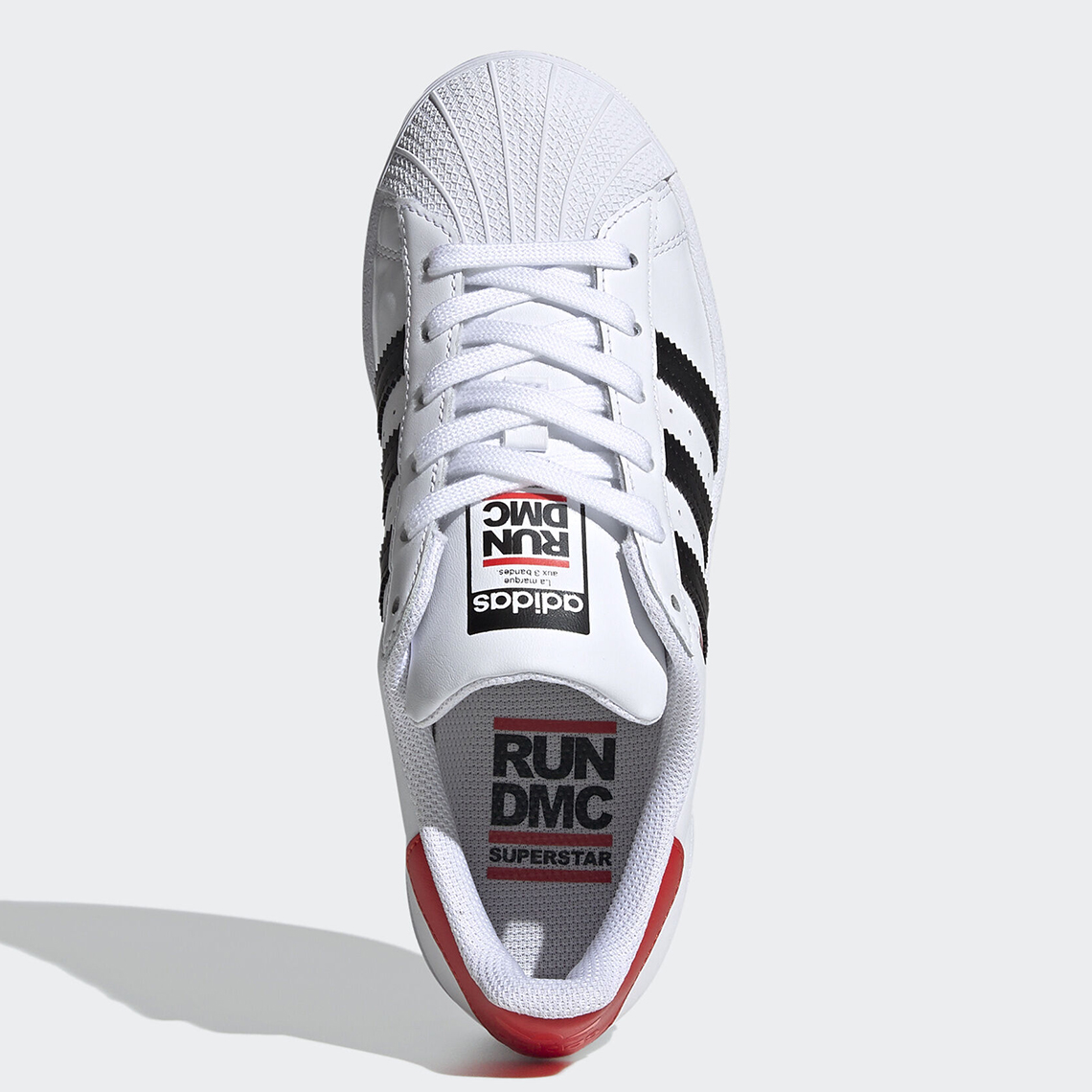 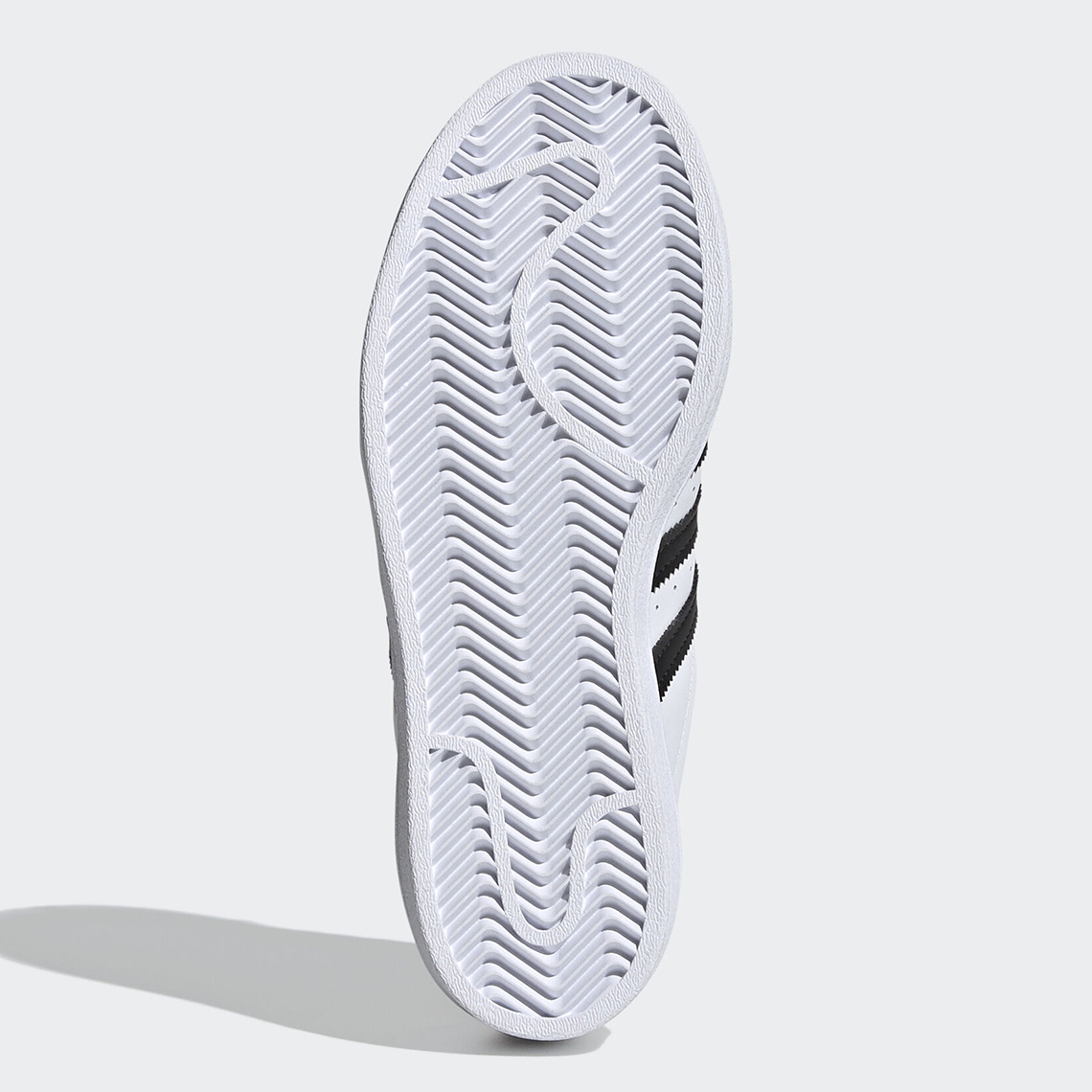