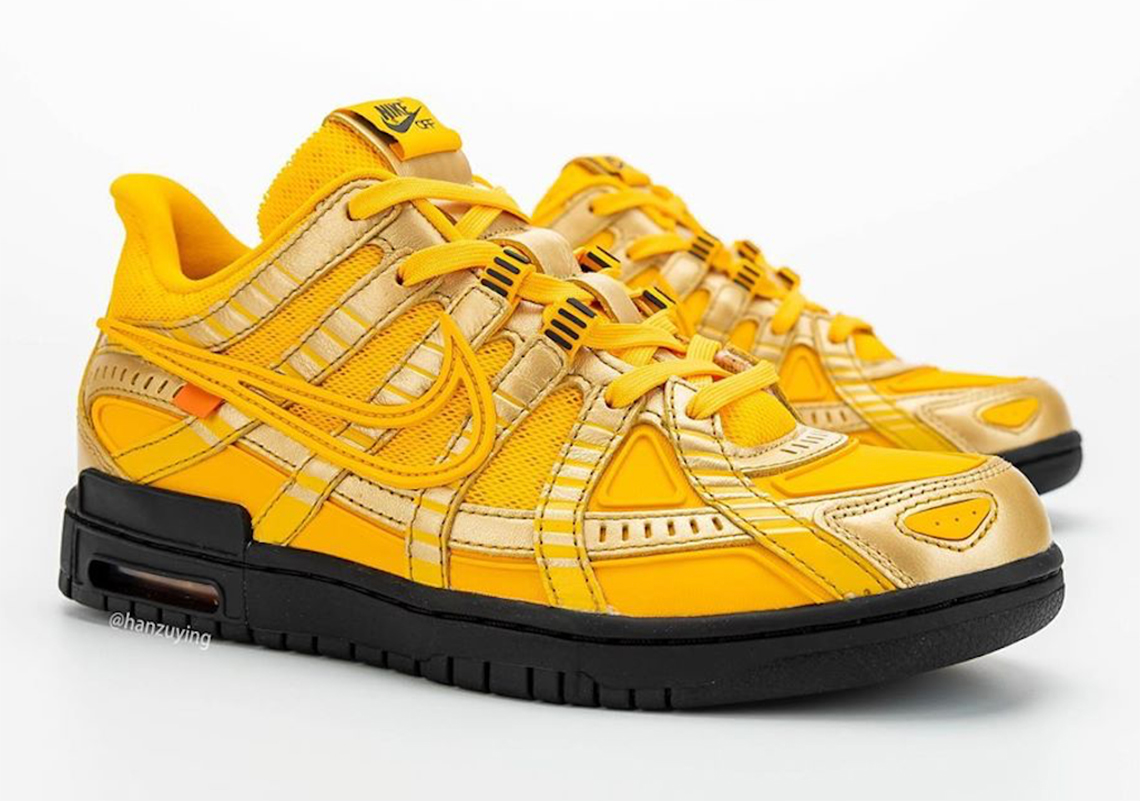 After hosting one of the biggest releases of the year so far with the introduction of his Off-White x Air Jordan 5s during NBA All-Star Weekend, Virgil Abloh is poised to move forward by adding more projects to his Nike portfolio. In fact, the multi-talented creative has even gone so far as to engaging with his audience on Twitter and asking them which silhouette he should work on next. But before those come into fruition, Abloh has a few colorways of his newly designed Rubber Dunk set to arrive during the Spring/Summer season. After being revealed in blue/orange and black/green colorways thus far, the lifestyle-focused model’s third member has just revealed its best look yet. Dubbed the “University Gold” option, this forthcoming variation crafts its foundational layers in titular hues, and adds golden notes infused into the toe tips, throat, as well as on its various slit-styled paneling. Additional color-blocking is executed in stark black along the traditional medial side text, treading, and tongue branding, and almost evoke connections to the popular Off-White industrial belt that once was popularized on the fashion scene in recent years. These are expected to release sometime in July likely on Nike.com and at select retailers for $180, so keep it locked as we receive more info.

In other news, here’s a first look at the upcoming Air Jordan 5 Bel-Air. 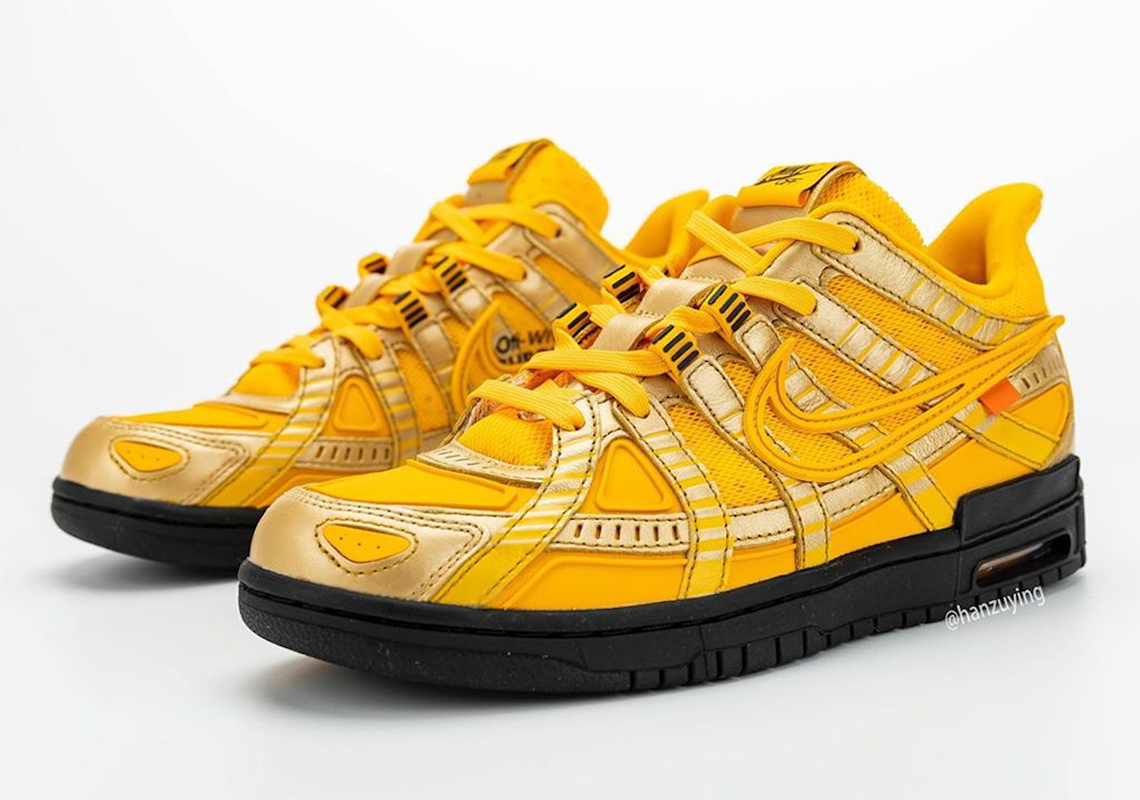 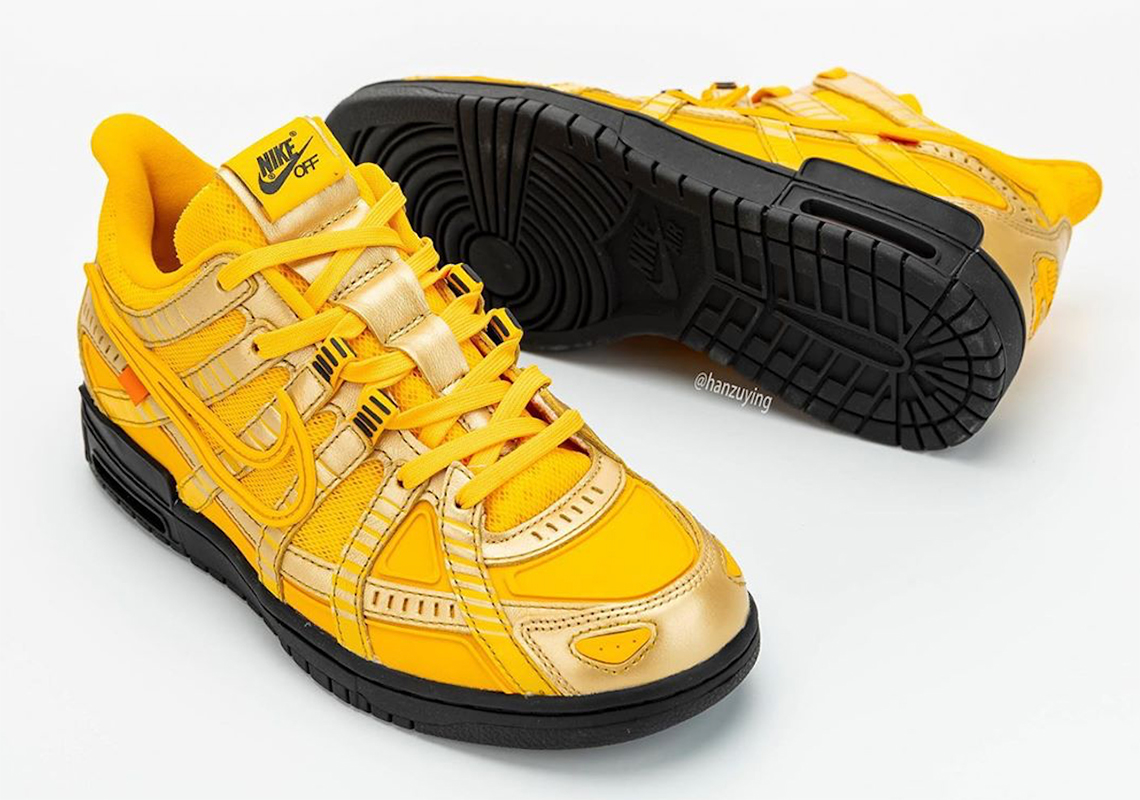 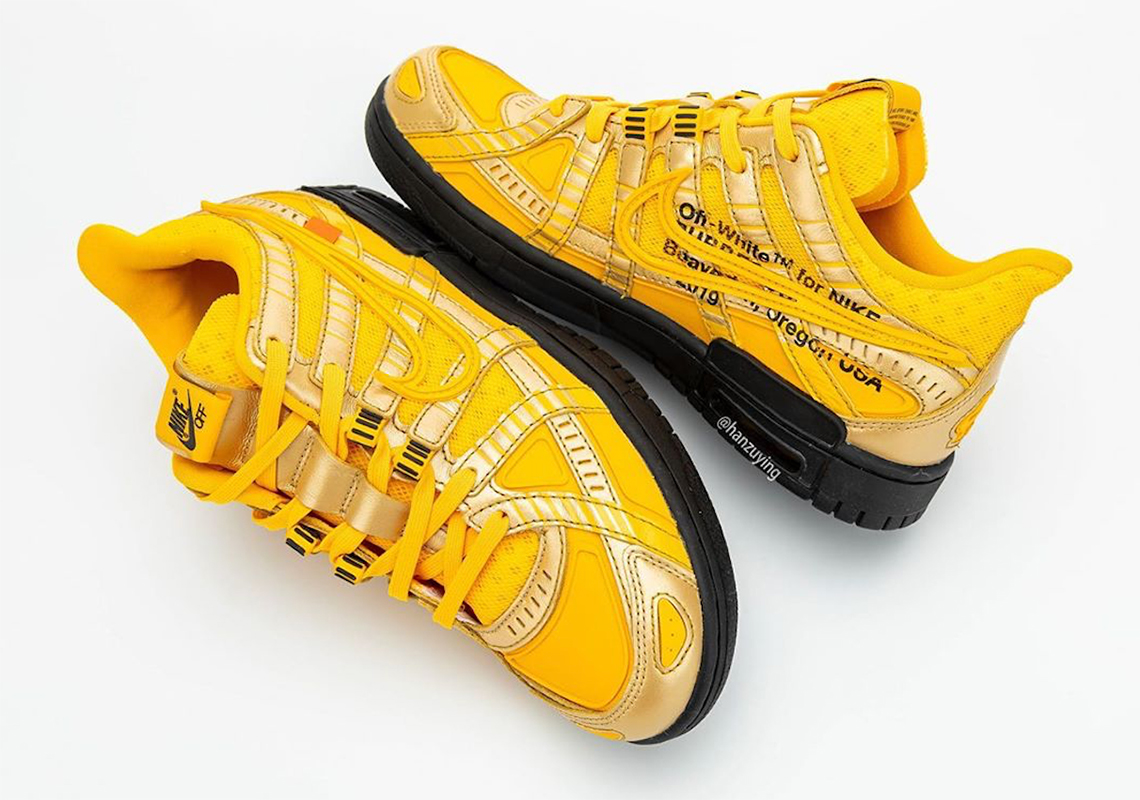 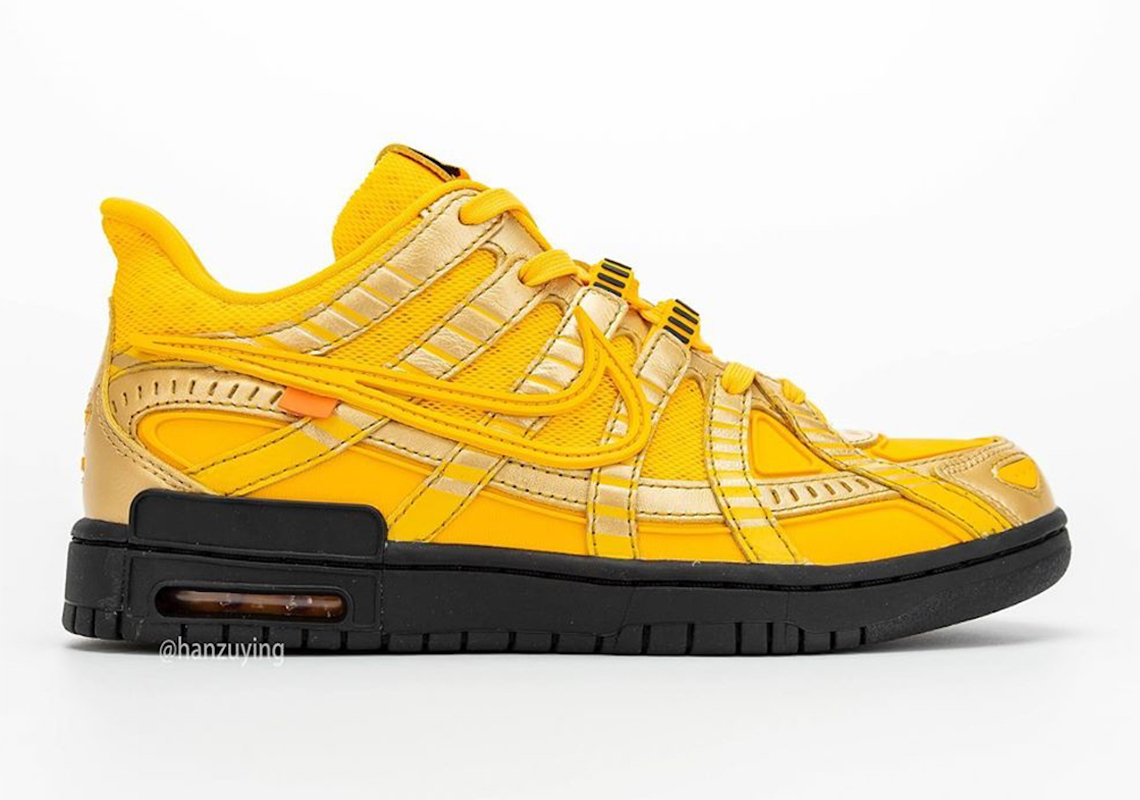 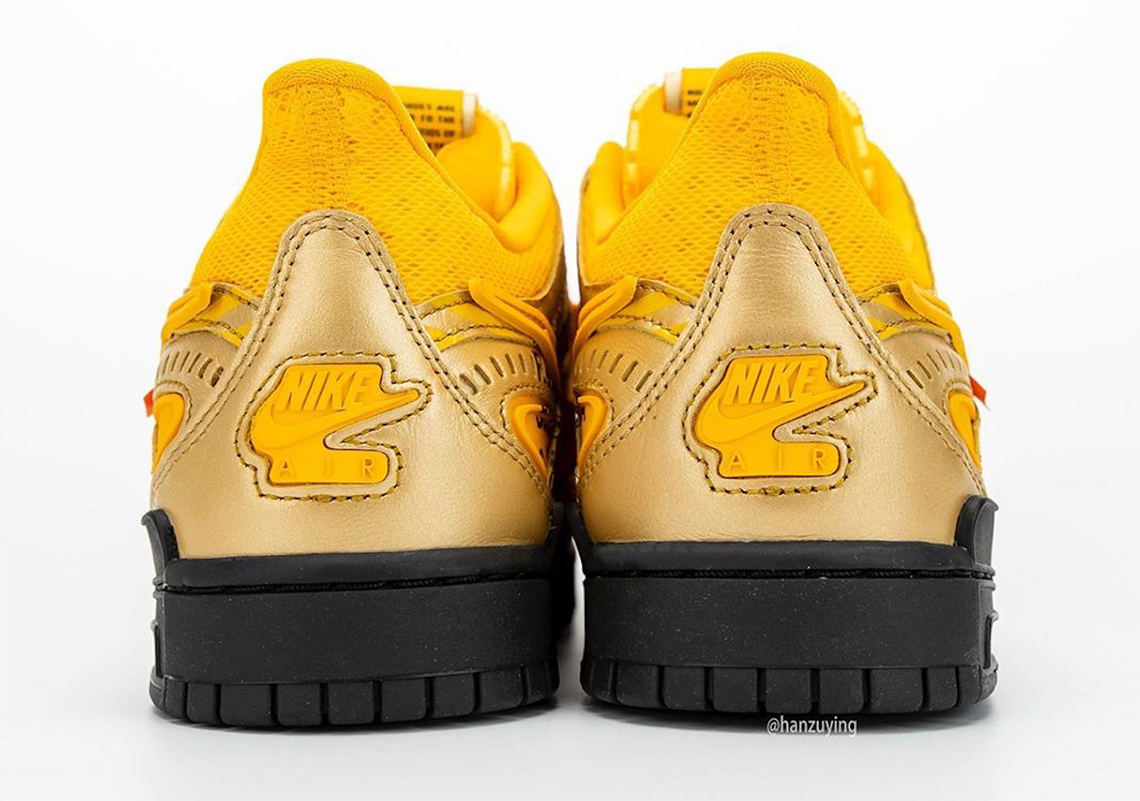