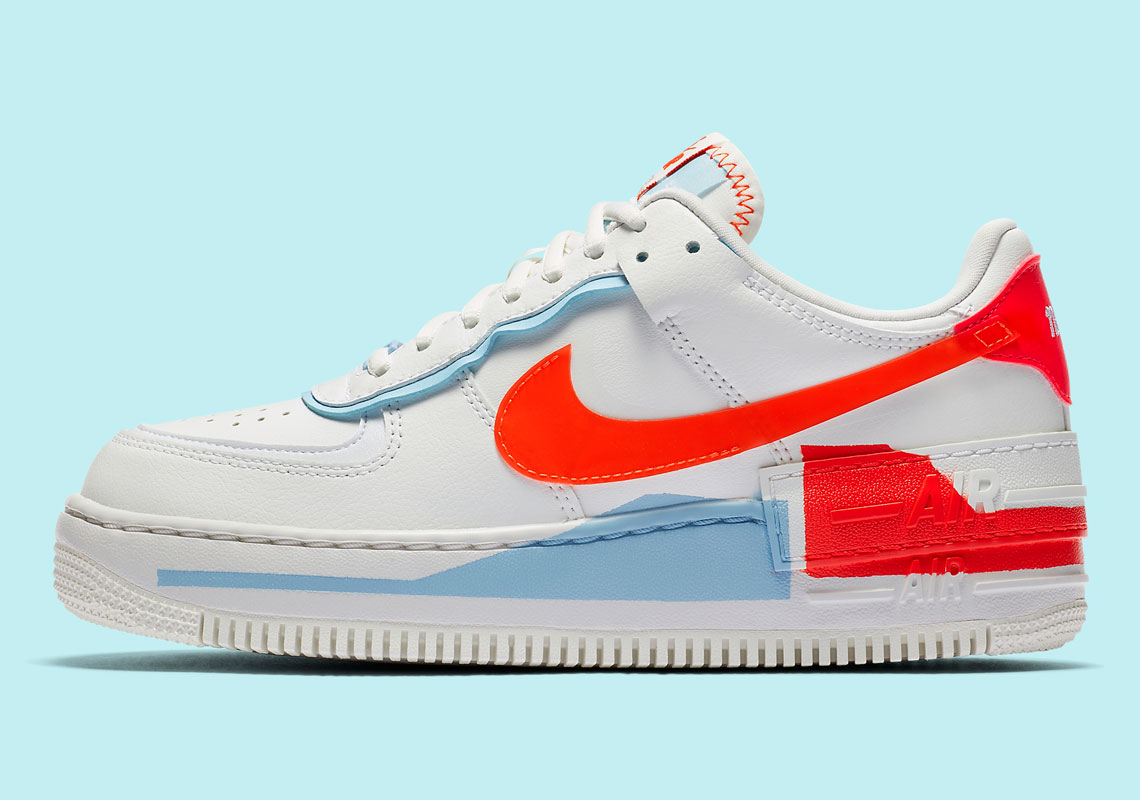 Two years removed from its 40th Anniversary, the Nike Air Force 1 arguably commands more respect today than ever before. And while tonal pairs have secured Bruce Kilgore’s 1982 design a spot within the sneaker pantheon, their experimental counterparts have ensured the 38-year-old silhouette hasn’t suffered the dull misfortune of some of its contemporaries.

The Air Force 1 Shadow, which launched October 2019, adds a fashion-forward spin on basketball heritage. Exclusive to women, the Air Force 1 Low-variant boasts double mudguards, heel patches and Swooshes that cast “shadows” of their standard counterparts. Exaggerated midsoles further inject attitude into the Air Force 1 Shadow, but arguably get overshadowed by their pale blue and high-vis red accents across the lateral midfoot and heel. Similarly, “Hydrogen Blue” and “Team Orange” flair save the aforementioned multi-layered details from blending in with their “Summit White” surroundings.

An official Nike.com launch may be in the works, but if you can’t wait, this Air Force 1 Shadow is currently available on the after-market. For a closer look at the pair, continue down below. 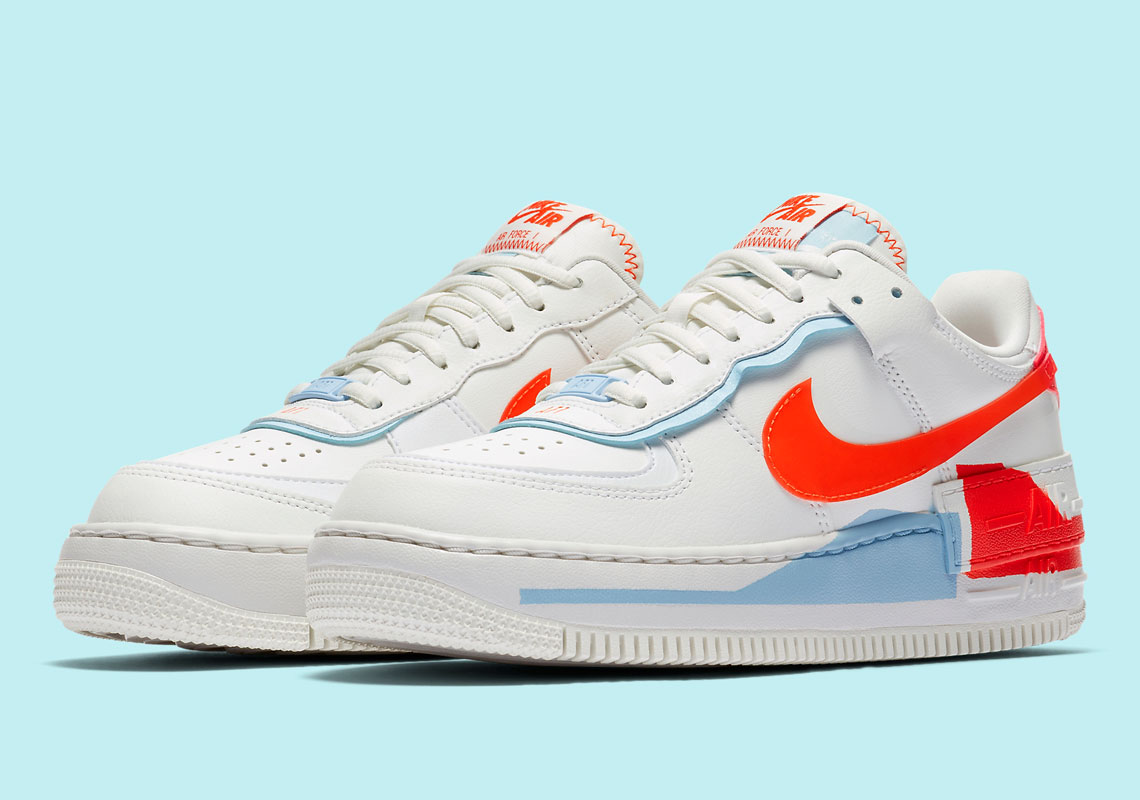 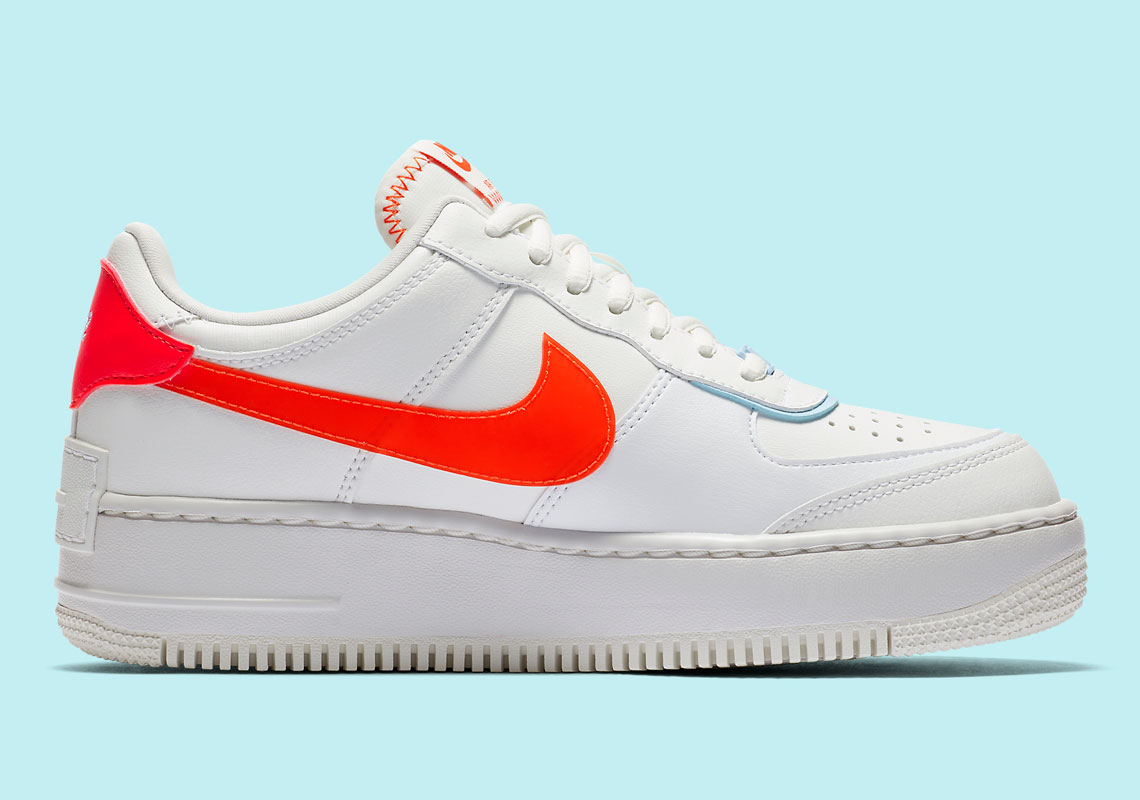 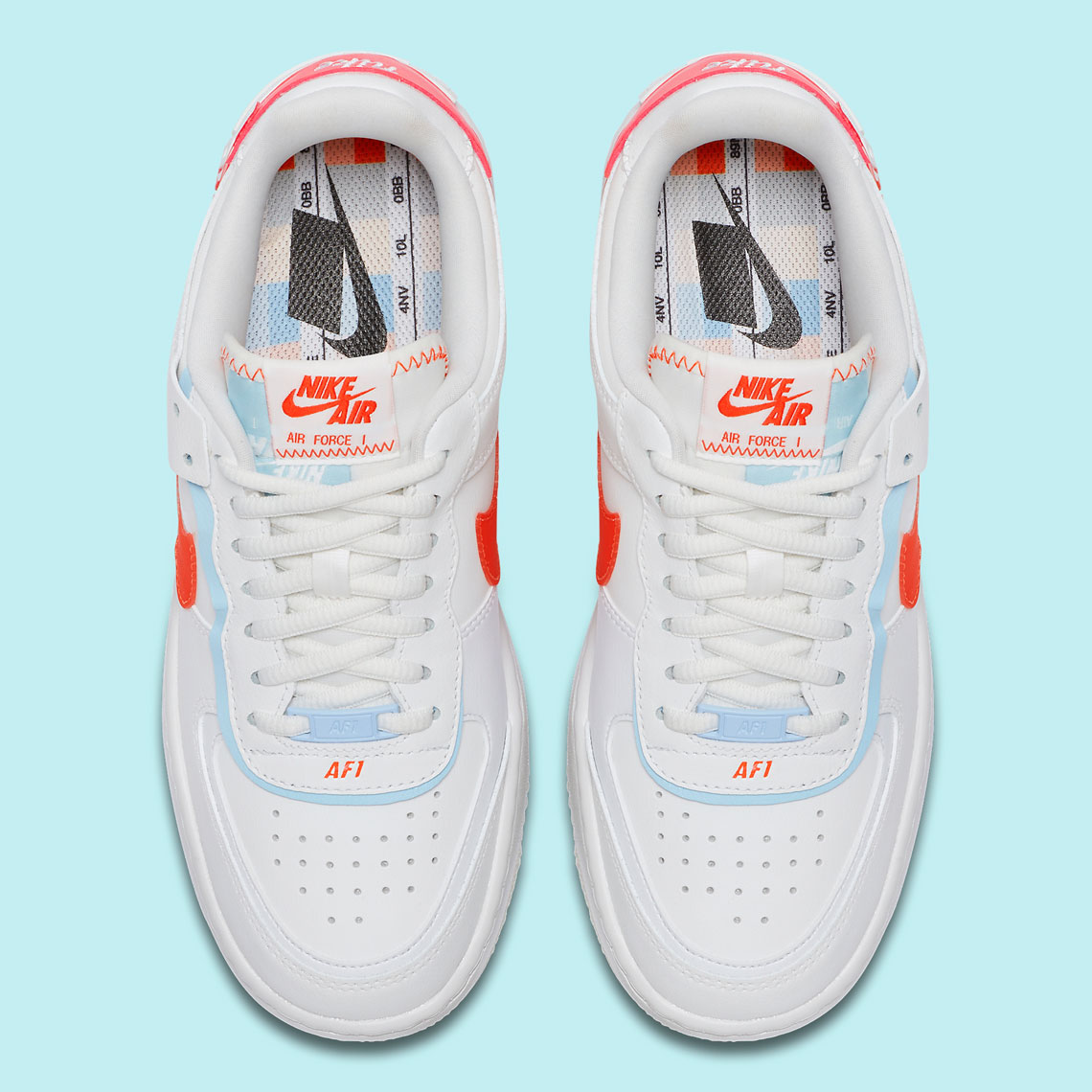 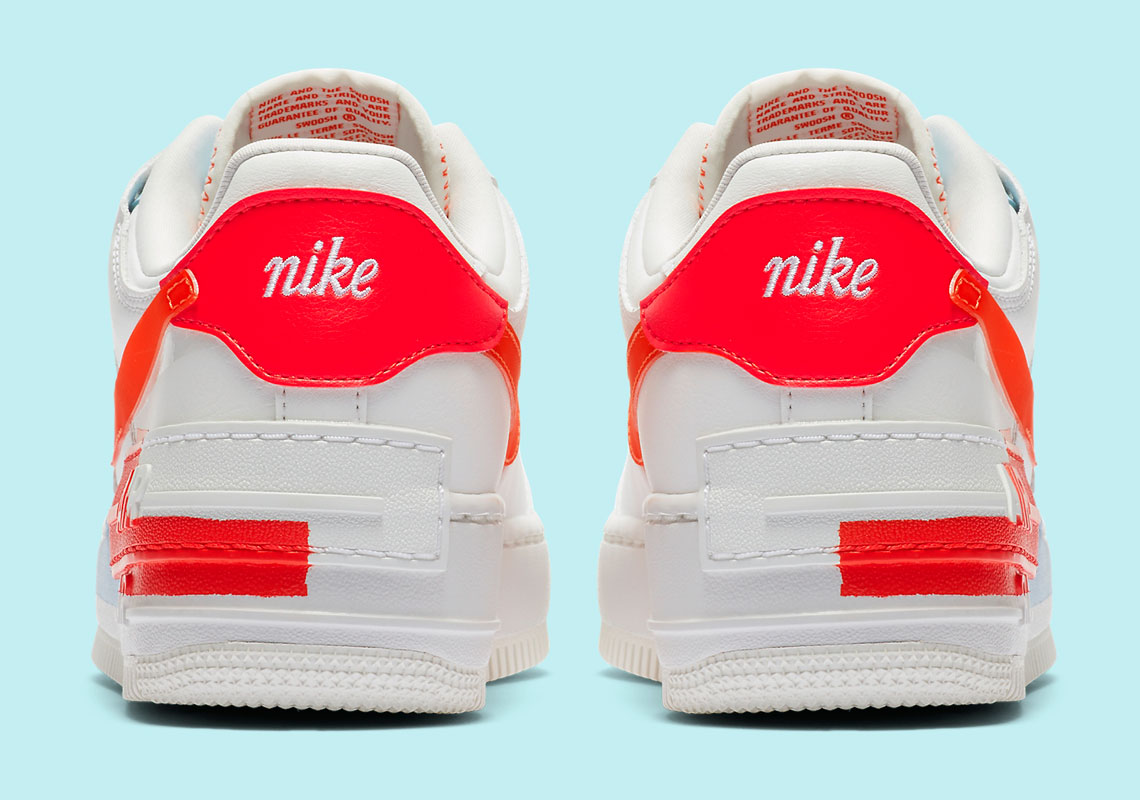 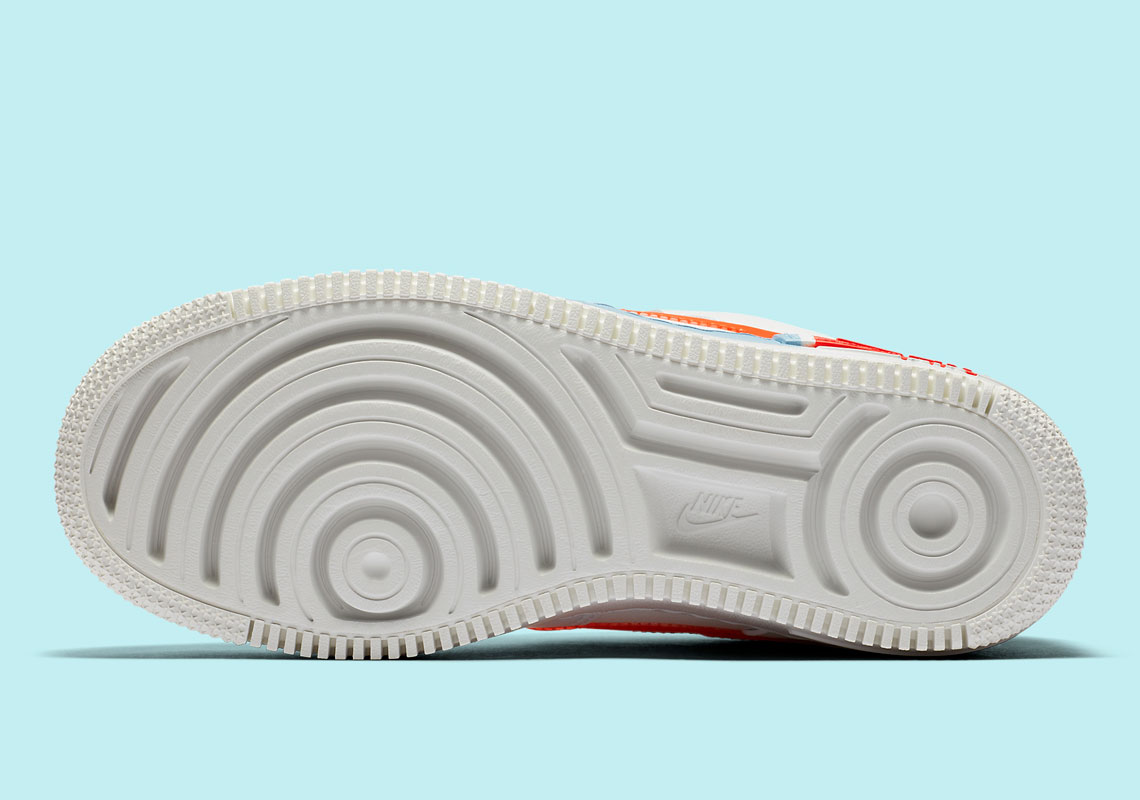