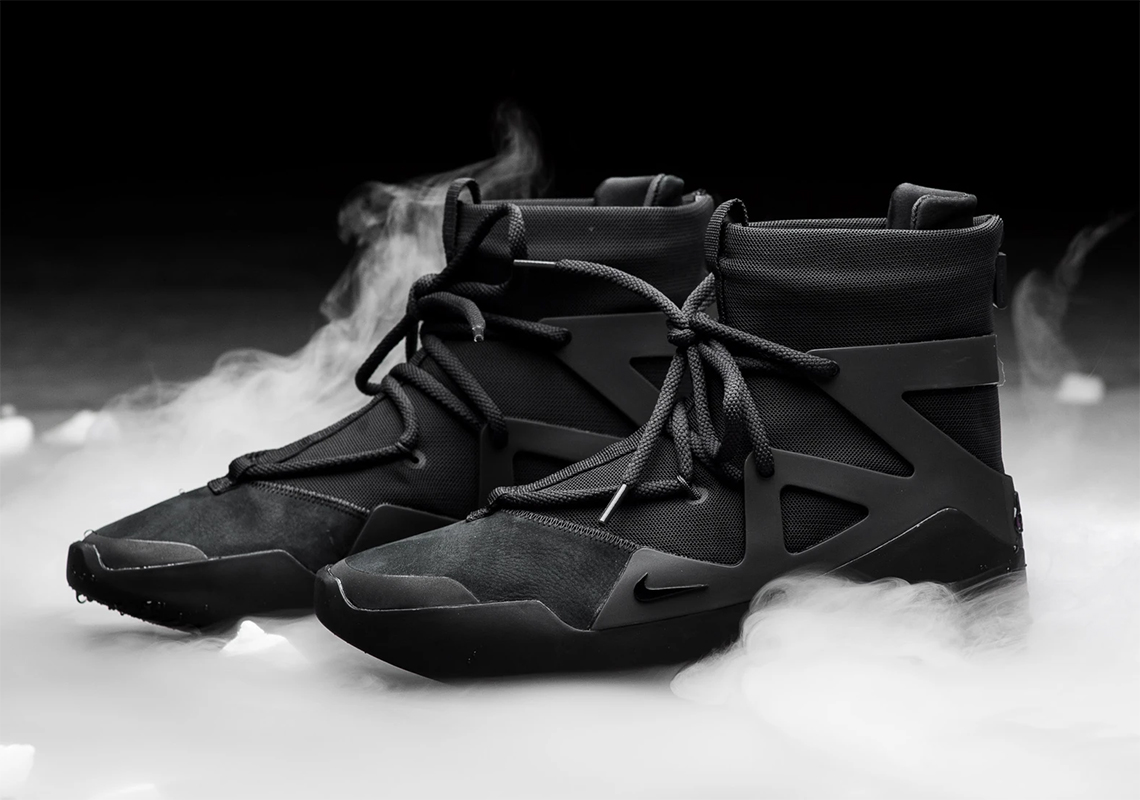 The last time Jerry Lorenzo teamed up with the Swoosh, the two parties aimed to tell a deeper story involving the inspiration of Hall of Fame point guard Allen Iverson’s past Reebok campaigns. However, for this next chapter of the popular Air Fear of God 1, things are a little different in the sense that the luxury streetwear designer is simply letting the kicks speak for themselves. There’s no giant lookbook unveiling, no crazy color-blocking, just the shoes themselves which one can argue is the most coveted colorway to-date. Tonal in nature, most of its visible attributes from its high-profile upper to its matte out sole piece are shifted into stealth mode for a “Triple Black” look, leaving the only noticeable pop of color to arrive along the footbeds that contrast in a vibrant red. For all the FOG fans in need of adding these to their collection, you can expect them to drop tomorrow on Nike.com, as well as through raffles at the retailers here below for a handsome retail tag of $350 USD.

In other news, the Air Max 1 Animal Pack 2.0 is being raffled off again at afew. 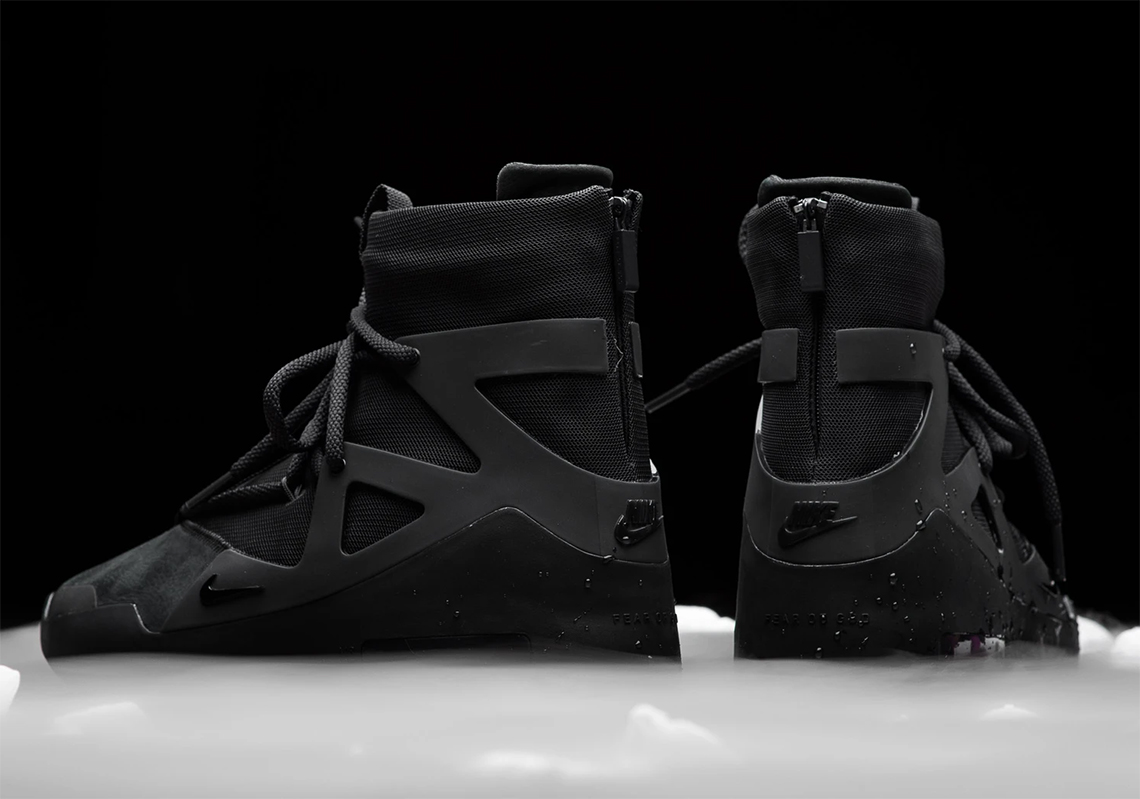 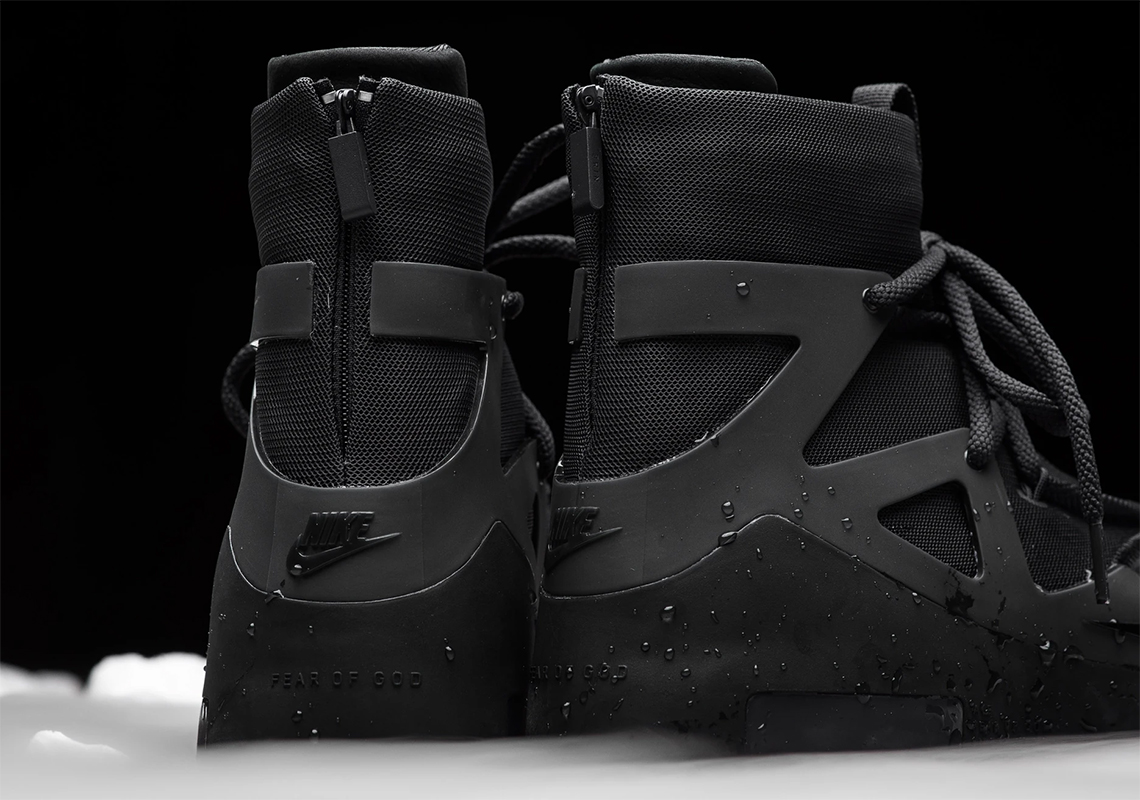 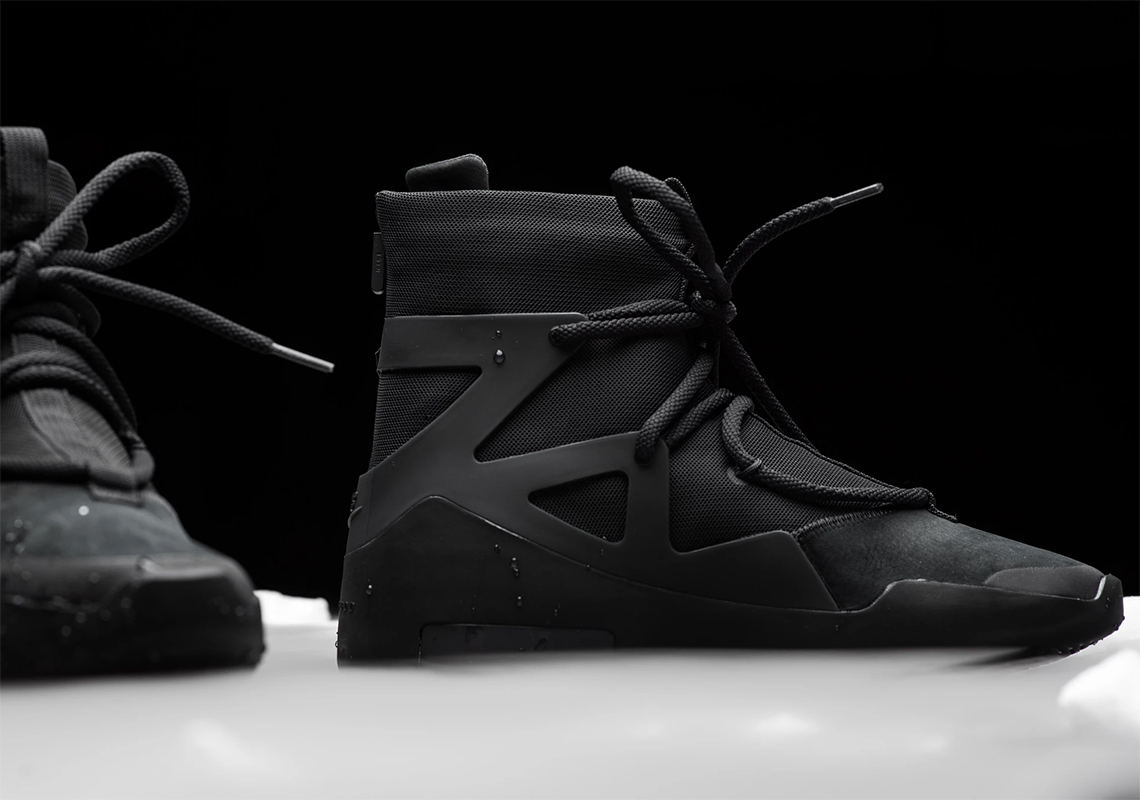 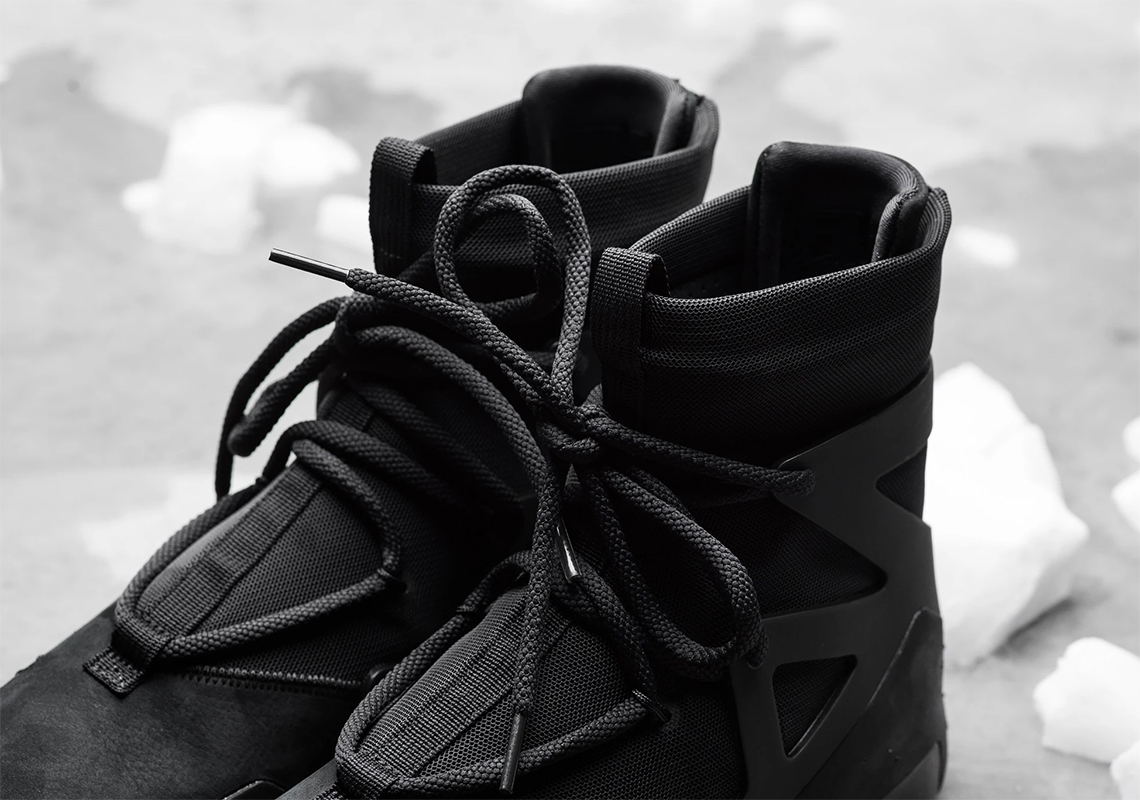 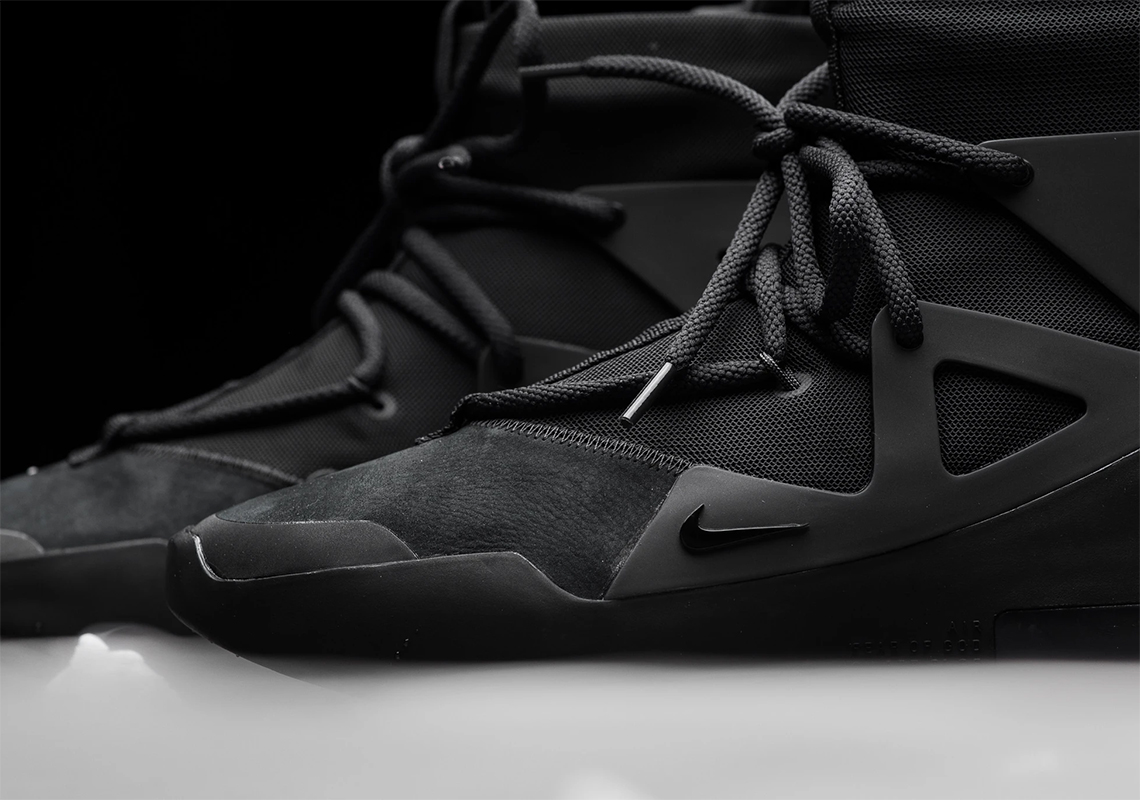 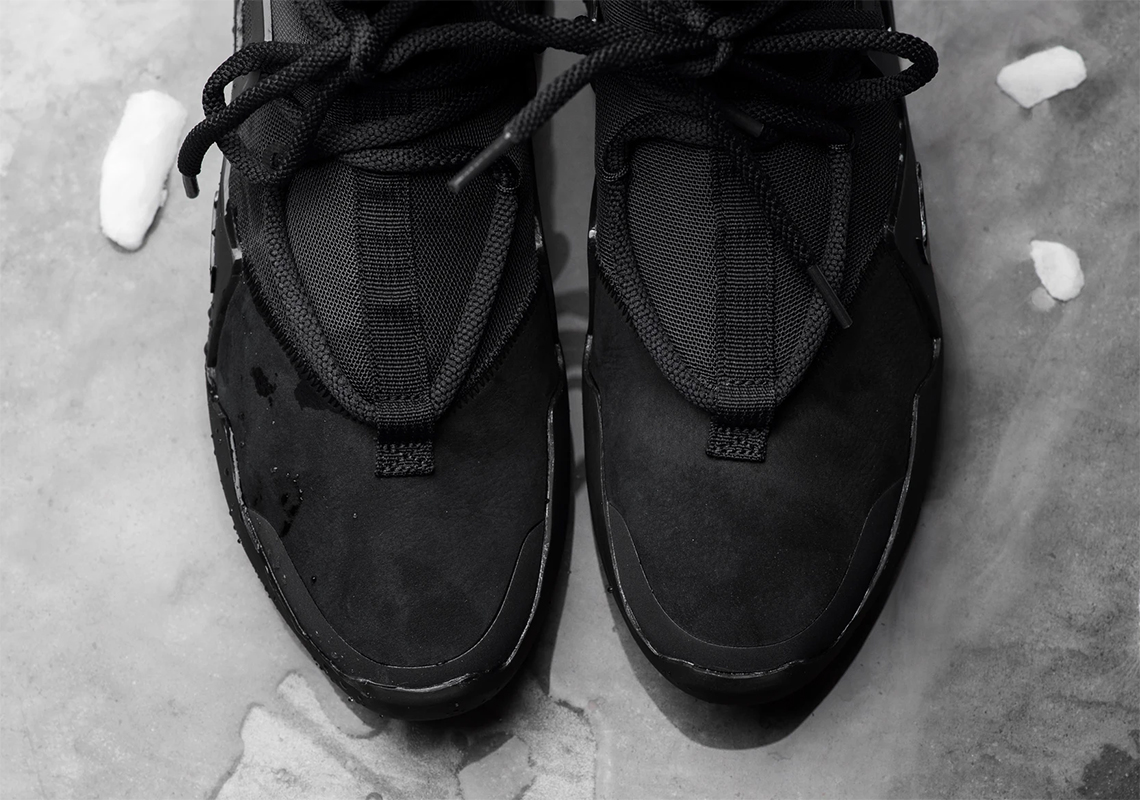