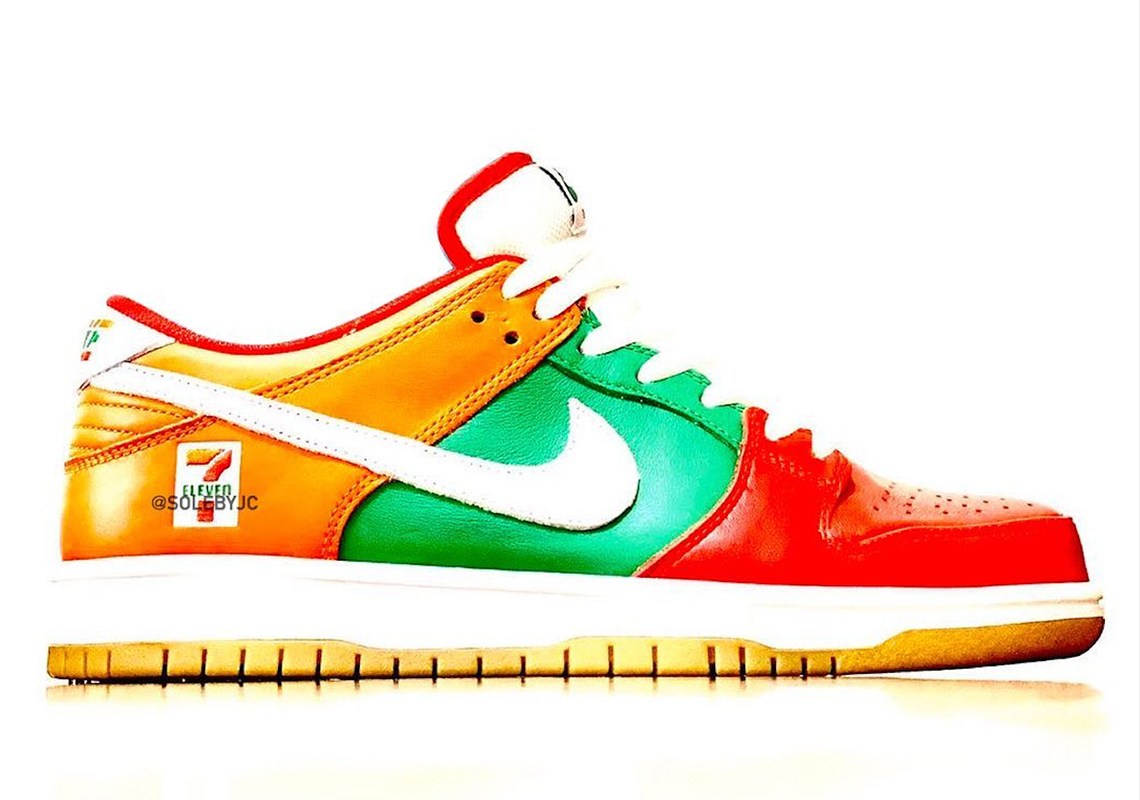 Nike SB’s collaborative range has reached far and wide in 2020, but this potential upcoming release has got to be the most random of the bunch. This first look at an upcoming Nike SB Dunk Low could be a partnership with the famed convenient store chain known as 7 Eleven, with the signature logo featured on the heel of the shoes. The color-blocking of the Dunk sports a red, green, and orange from the shop’s official logo, while the NIKE on the heel mimics the stacked nature of the distinct design.

Back in 2008, Nike SB releasing a Dunk High that dubbed the “Big Gulp” for its resemblance to the colors of the convenient store’s trademark self-serve cups, although it was never an official collaboration withe 7 Eleven. Would you even rock these on feet? Stay tuned for updates.

In the meantime, get the latest look at the Ben Jerrys SB Dunk as well as the next Medicom SB Dunk.

Updated [05/14/20]: After an initial report by Complex, Sneaker News has confirmed with sources that the 7 Eleven x Nike SB Dunk Low release has been canceled. 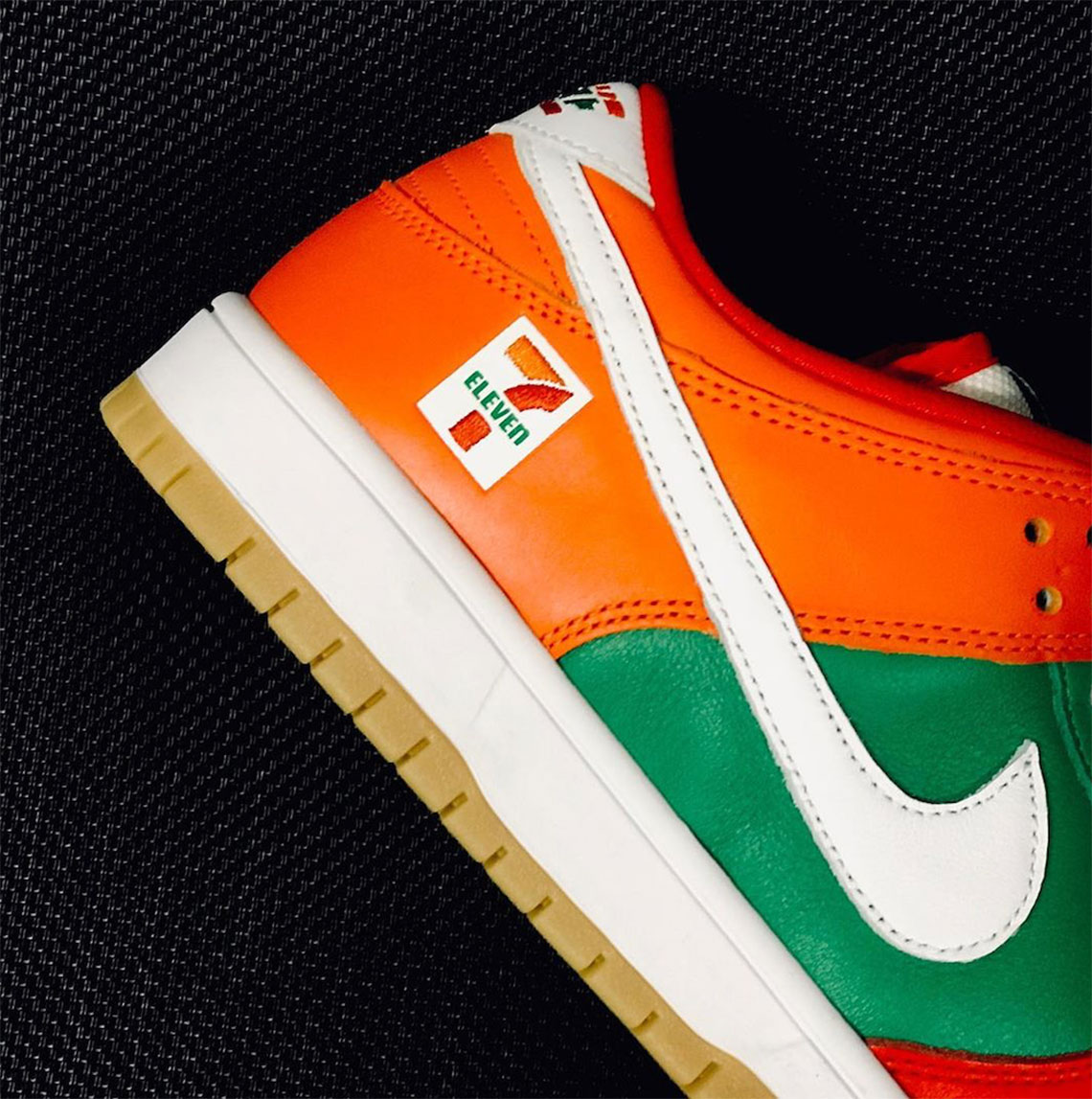