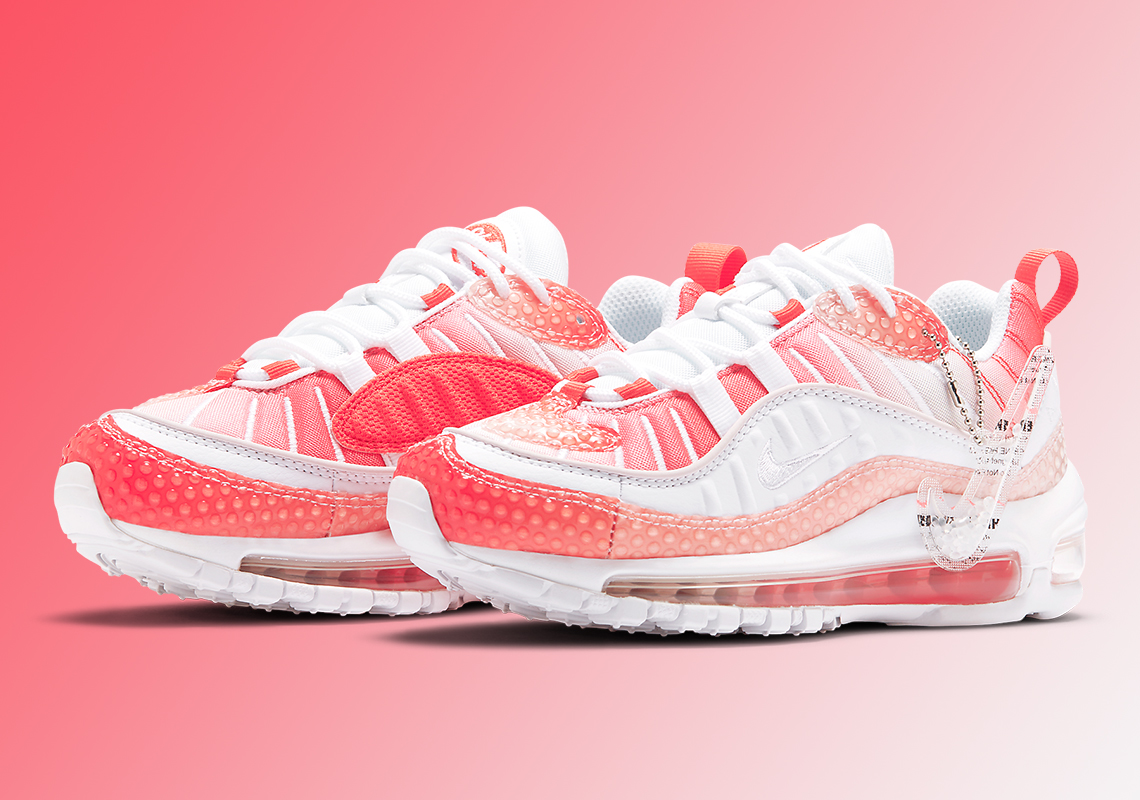 Back in February of this year, Nike announced that they were going to celebrate their classic Air Max technology across many of their members both old and new alike through their “Bubble Pack”. One of the members of the collection – the Air Max 98 – has seen since a duo of impressive colorways hit the scene and after going on a few months break, its ready to introduce a third iteration for its women’s audience. Similar to its past aqua teal and volt makeover, this next style keeps its white base structure consistent, but instead ushers in warmer accents of “Track Red” sprawled throughoutt various sections of the upper, almost offering a sort of spray-paint effect as they gradient out to a near-salmon pink. As so reflected by its moniker, textured bubbles arrive raised on its identical spots including the mudguards, toe overlays, and ankles. These are expected to hit Nike.com and select retailers in the coming weeks for $180. 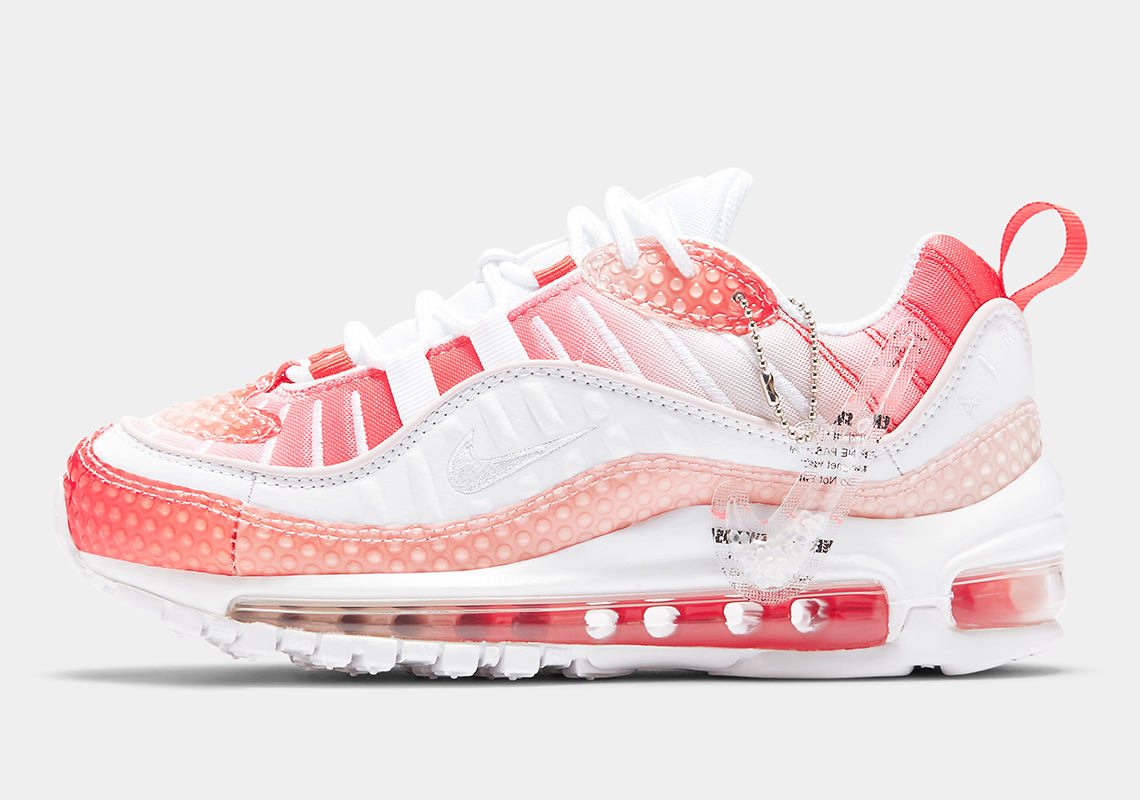 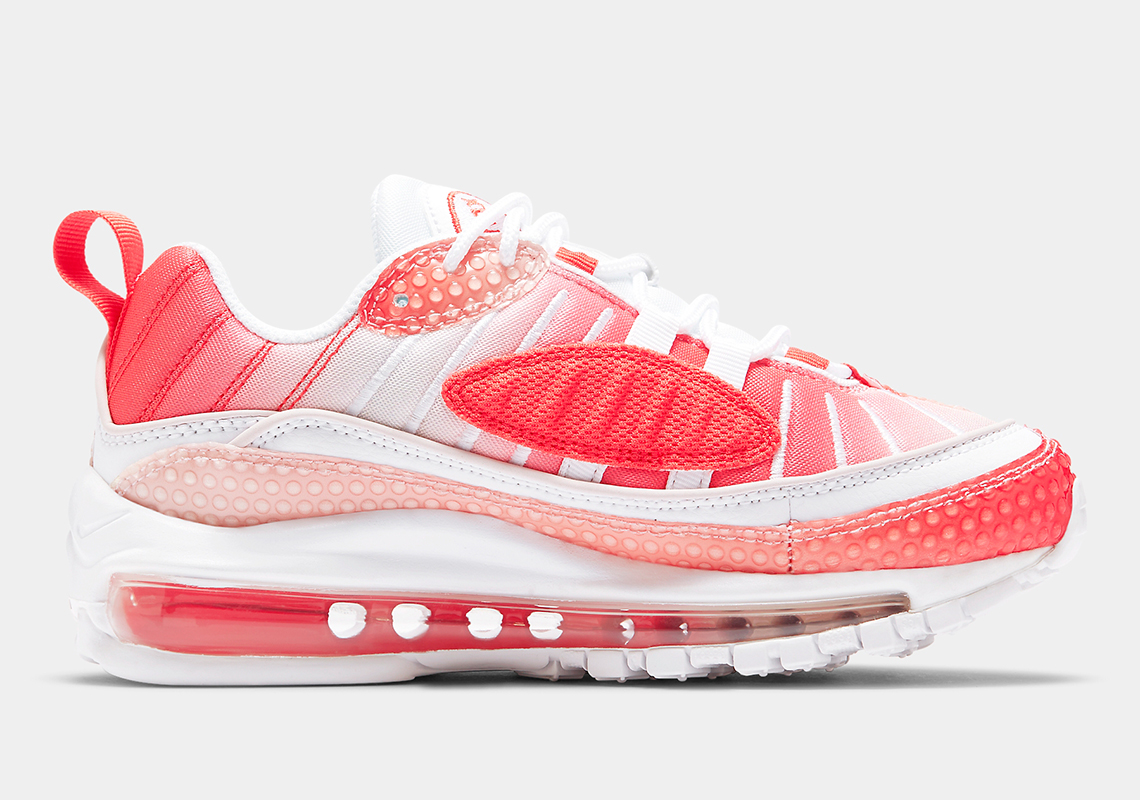 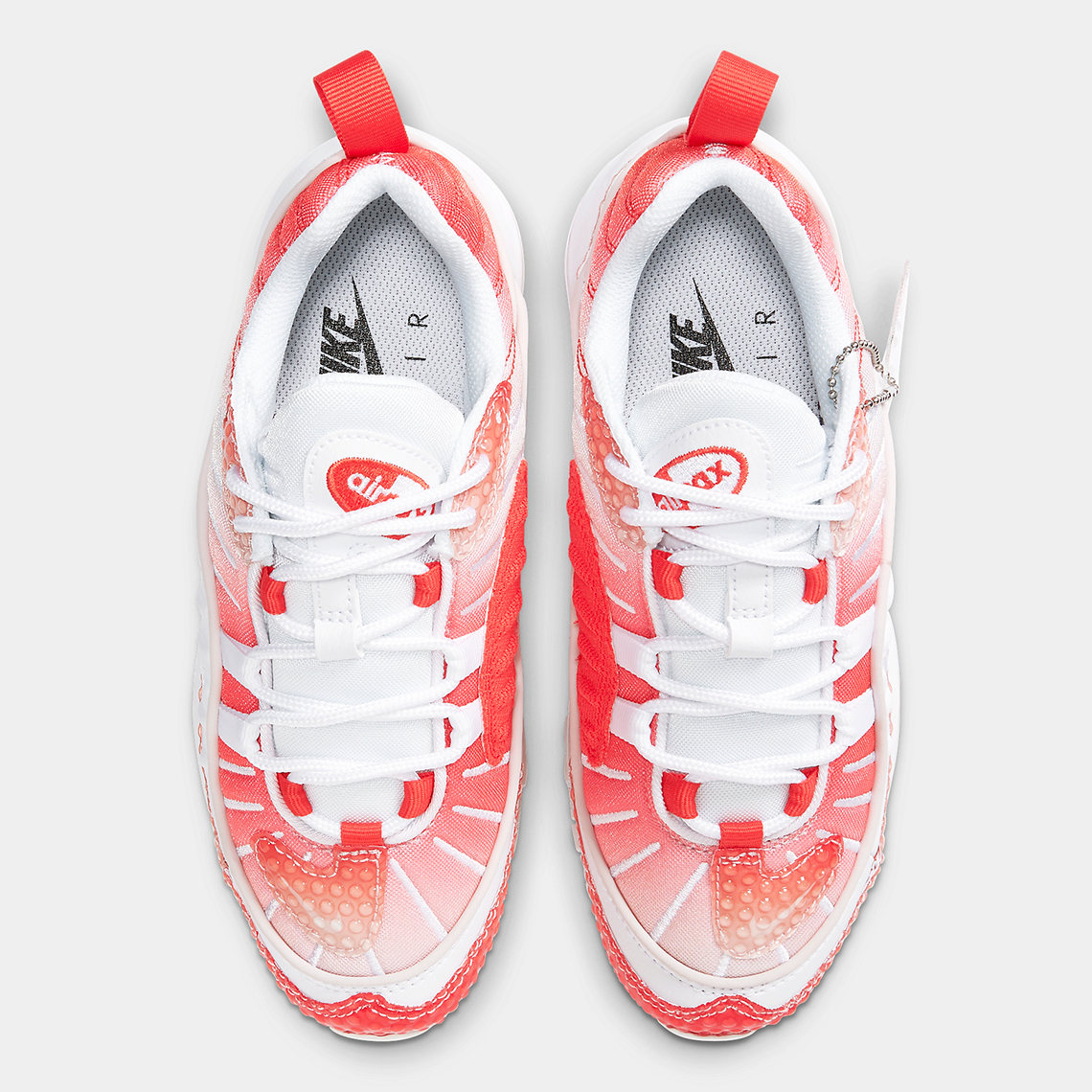 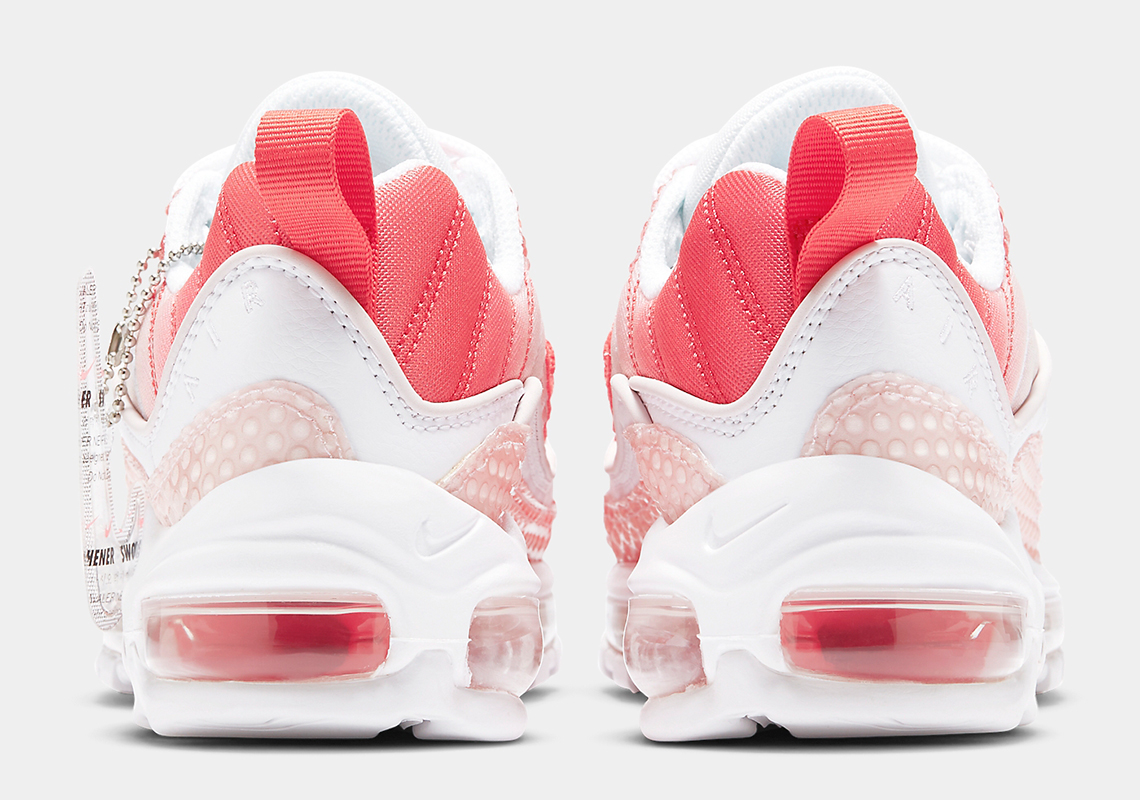 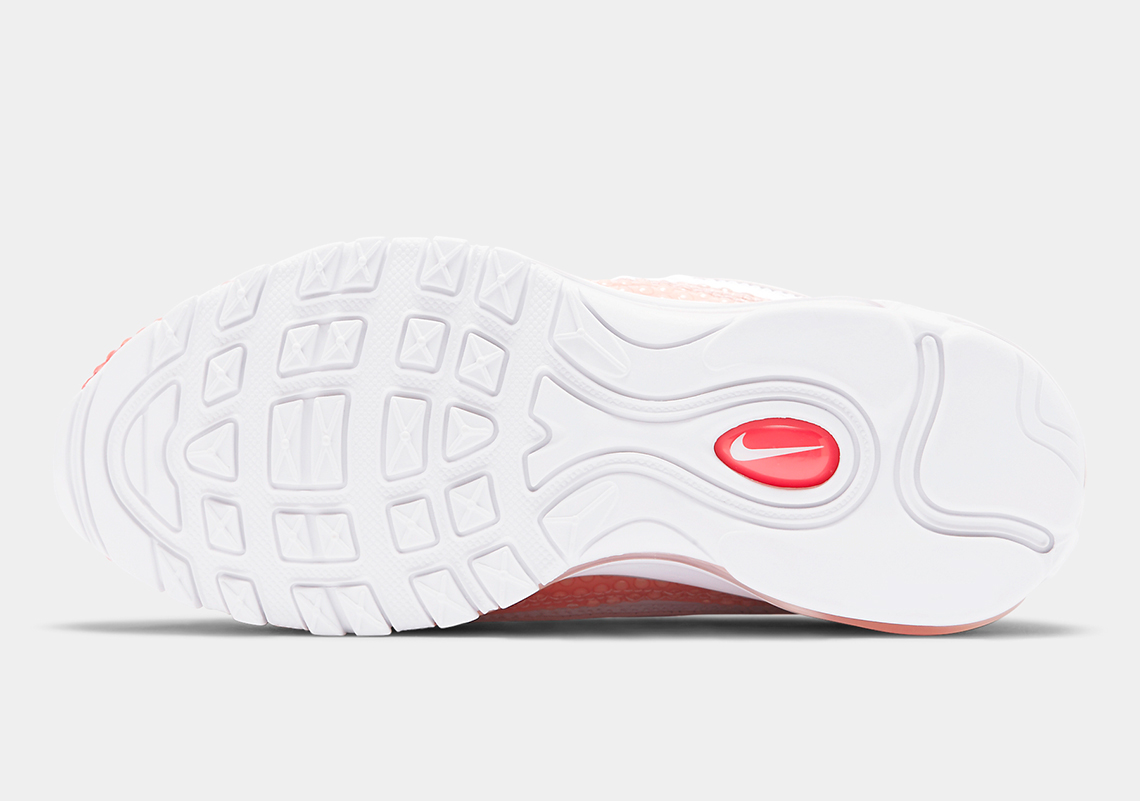