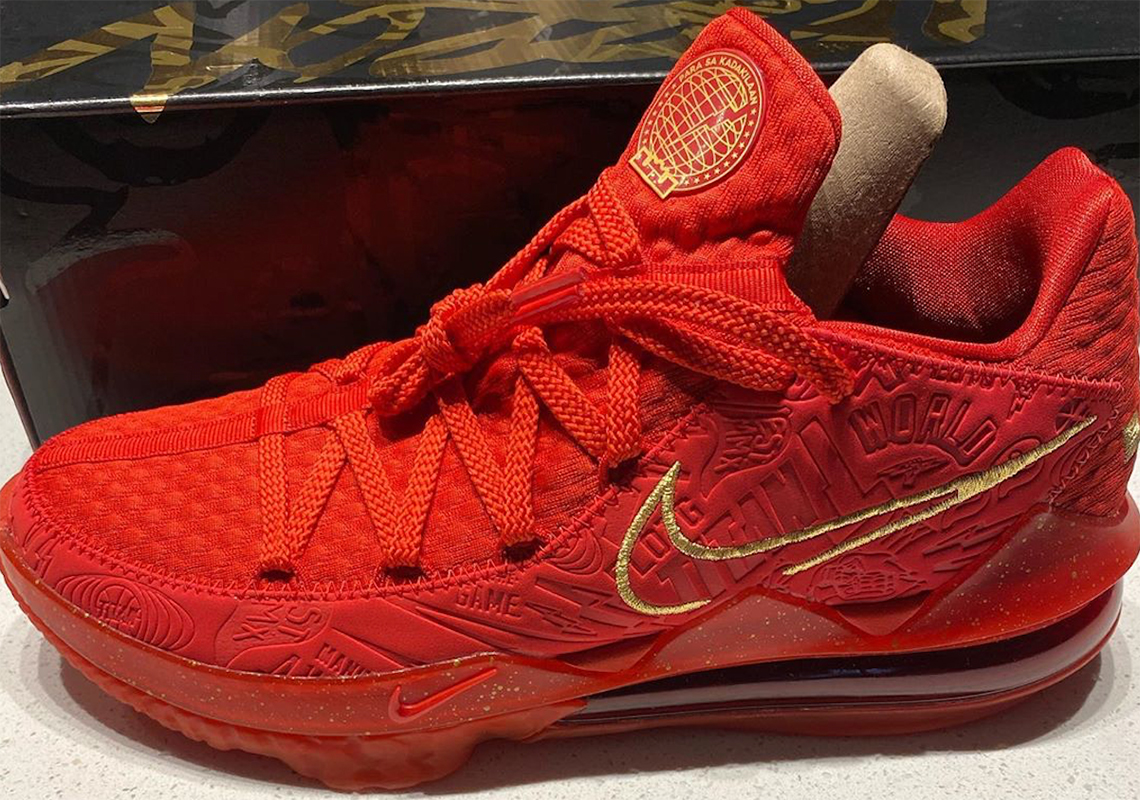 After linking up last Fall on the LeBron 16 Low, Philippines-based retailer Titan and Nike Basketball are joining hands once again to build upon their collaborative catalog in the new decade. This time around the two parties have elected to work on the LeBron 17 Low for their next “Agimat” creation, and right off the bat you can tell that the design has steered into a more bold direction. Gilded Swoosh accents are rolled over, but these depart from the deep navy neutral motif that ornamented their previous projects, and instead executes its base construction in vibrant red. Embossed into its upper arrives an assortment of Filipino-inspired graphics such as the Bagobo tribe’s shield, followed by lightning bolt which is meant to symbolize power. Moreover, the tongues are adorned with the King’s traditional crown logo followed by a globe icon that spells out “Para Sa Kadakilaan” which in English, translates to “For Greatness”. Check out a first look here, and keep it locked for further information regarding its official release.

In other news, here’s another look at the upcoming alternate Bel-Air 5s.