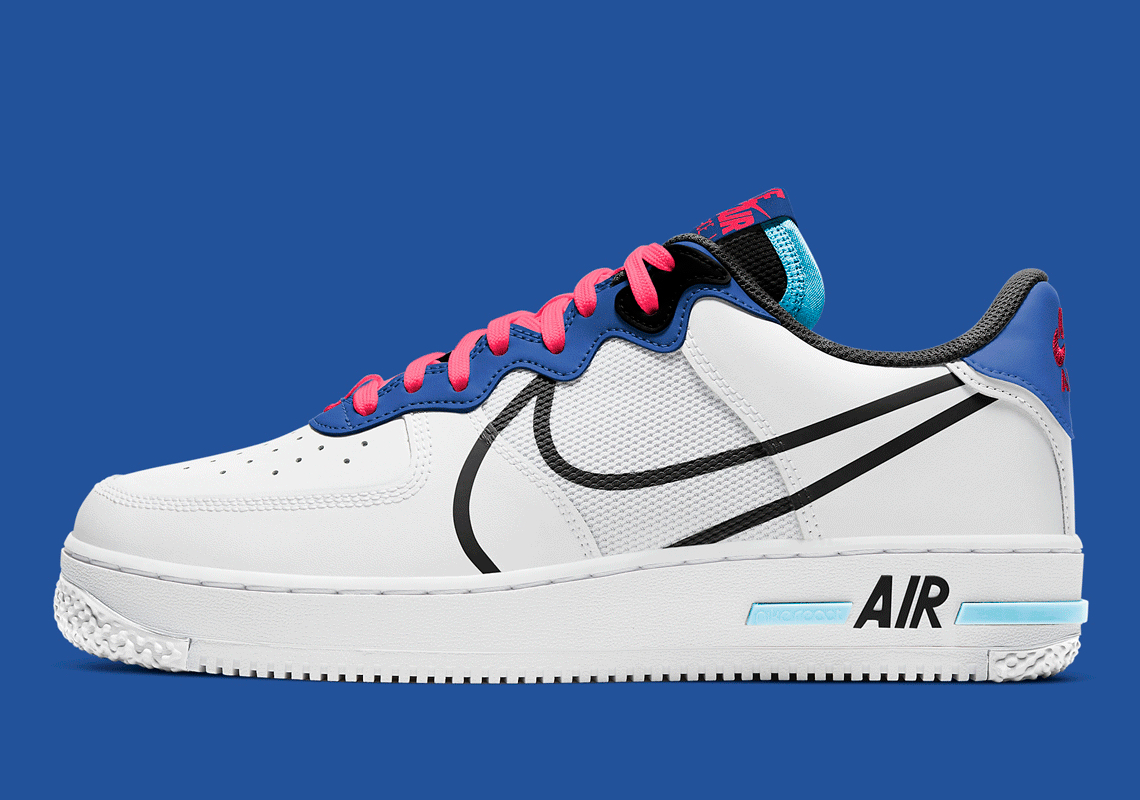 While still relatively novel, the Nike Air Force 1 React has already garnered a considerable amount of attention due to its experimental spin on a cultural icon. And the D/MS/X release’s latest iteration looks to continue doing so.

Clad in its signature “White,” this Air Force 1-variant boasts its non-standard presentation. Midfoot panels forgo their usual leather construction in favor of mesh; profile Swooshes are enlarged, semi-hidden outlines instead of fixed overlays; and sole units are infused with Nike React cushioning, as denoted by the protruding tooling at the heel. Throats and rear overlays proffer some familiarity, but the former are comprised of lace guards slightly reminiscent of the React Vision and textile tongues; both, however, revel in an eye-catching “Astronomy Blue/Laser Crimson” combination fit for the updated Air Force 1 Low.

Take a closer look at this Air Force 1 React ahead. No release date has been confirmed, but this pair is likely to arrive quietly to Nike.com during the summer.

For more from NIKE, Inc., the Jordan 13 Flint arrives for the whole family on May 30th. 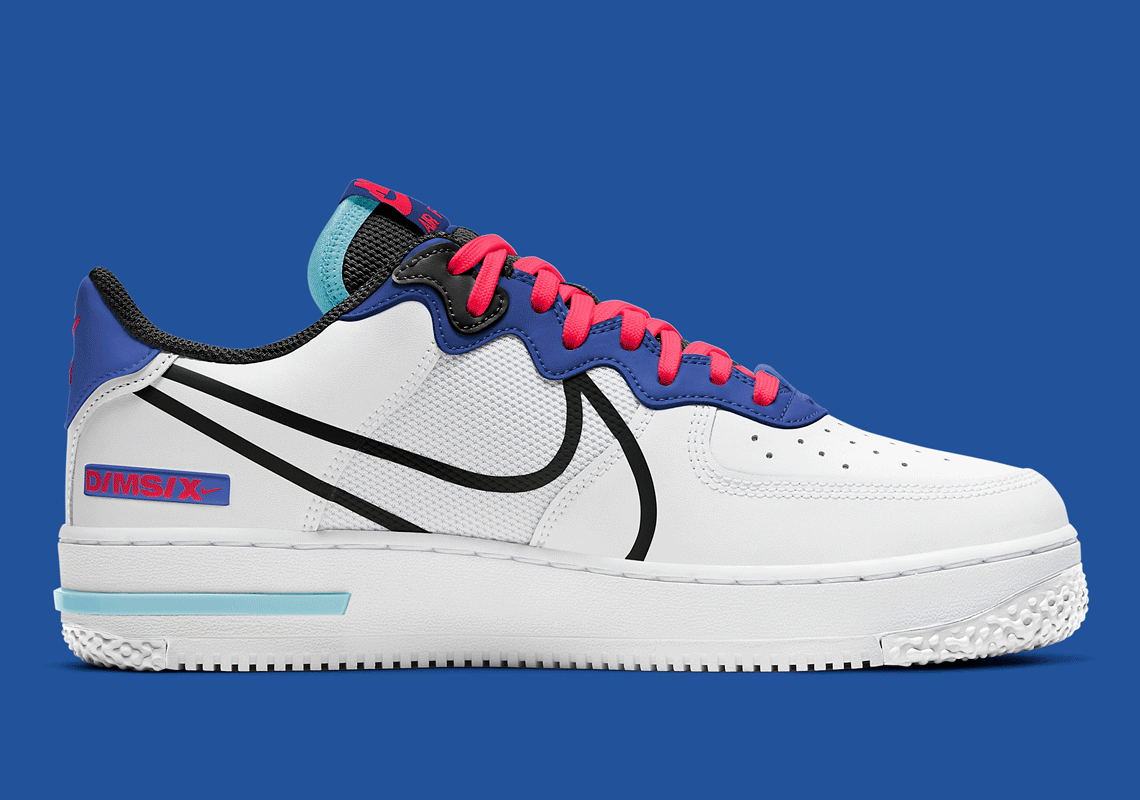 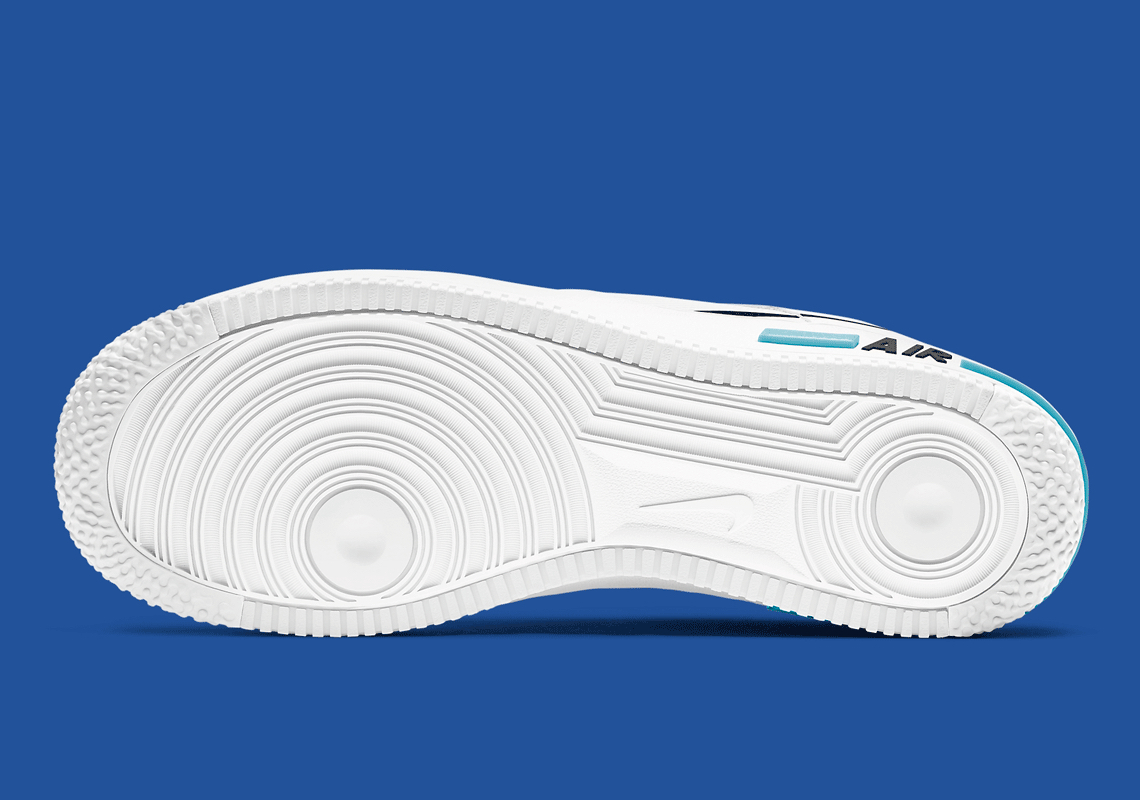