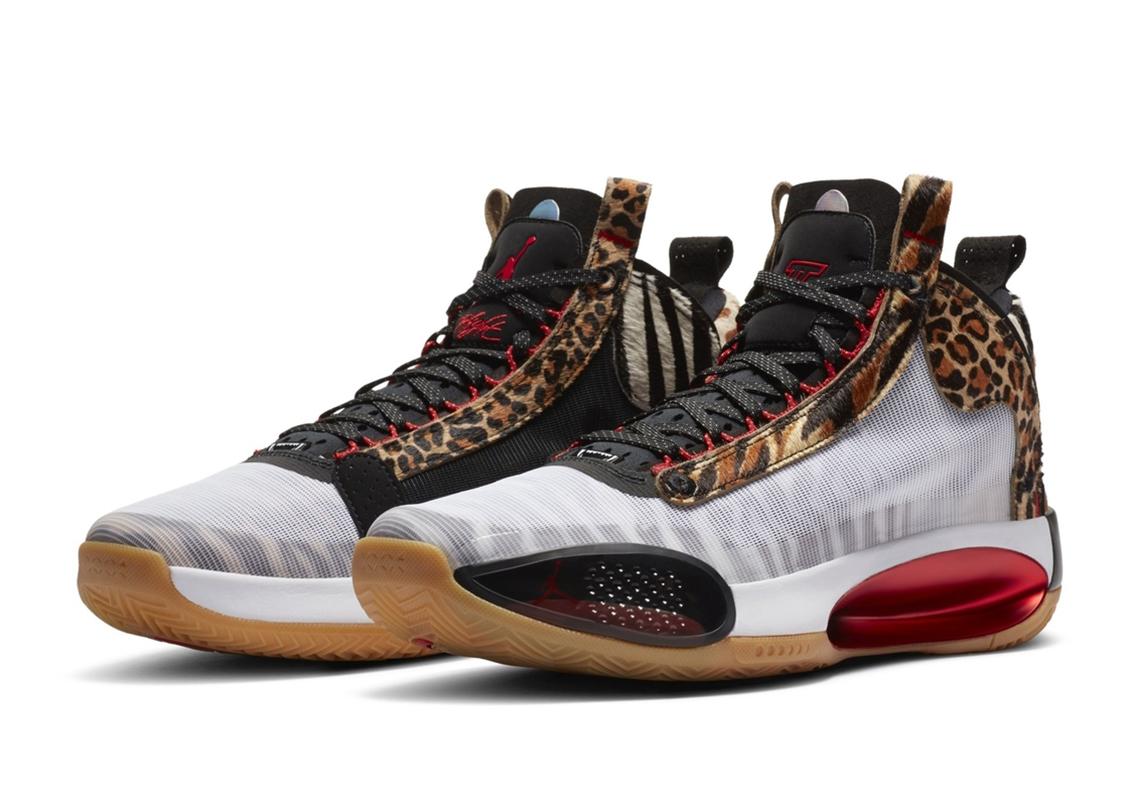 Jayson Tatum Gets An Air Jordan 34 “Welcome To The Zoo”

Much like fellow Jordan Brand family member Zion Williamson, Jayson Tatum is utilizing an animal instinct inspired scheme for one of the first official Air Jordan 34s of his partnership. And though he currently plays for the Boston Celtics, the athlete essentially forgoes any association with this release — instead he opts to dial in an array of safari prints and some bold though still complementing accent tones. Much of the upper, which thinly veils with a somewhat see-through mesh, is hinted in neutrals of black or white; the latter, though, subtly masks a more intricate arrangement of achromatic tiger stripes. Behind, at both the heel counter as well as the eye stay panels, the pair begins to switch things up to a patchwork arrangement, assembling with cheetah, giraffe, and zebra prints in specific order. Tatum’s logo as well as his son’s name “Deuce” dress up the outside and inside tongue, respectively, branding alongside a playful teeth-marked tab at the vamp as well as an aggressive “WELCOME TO THE ZOO” embroidery at the heel. Grab a close-up look at these here and expect a release to arrive at Nike.com hopefully soon.

In other news, the Air Jordan 6 Hare drops next week. 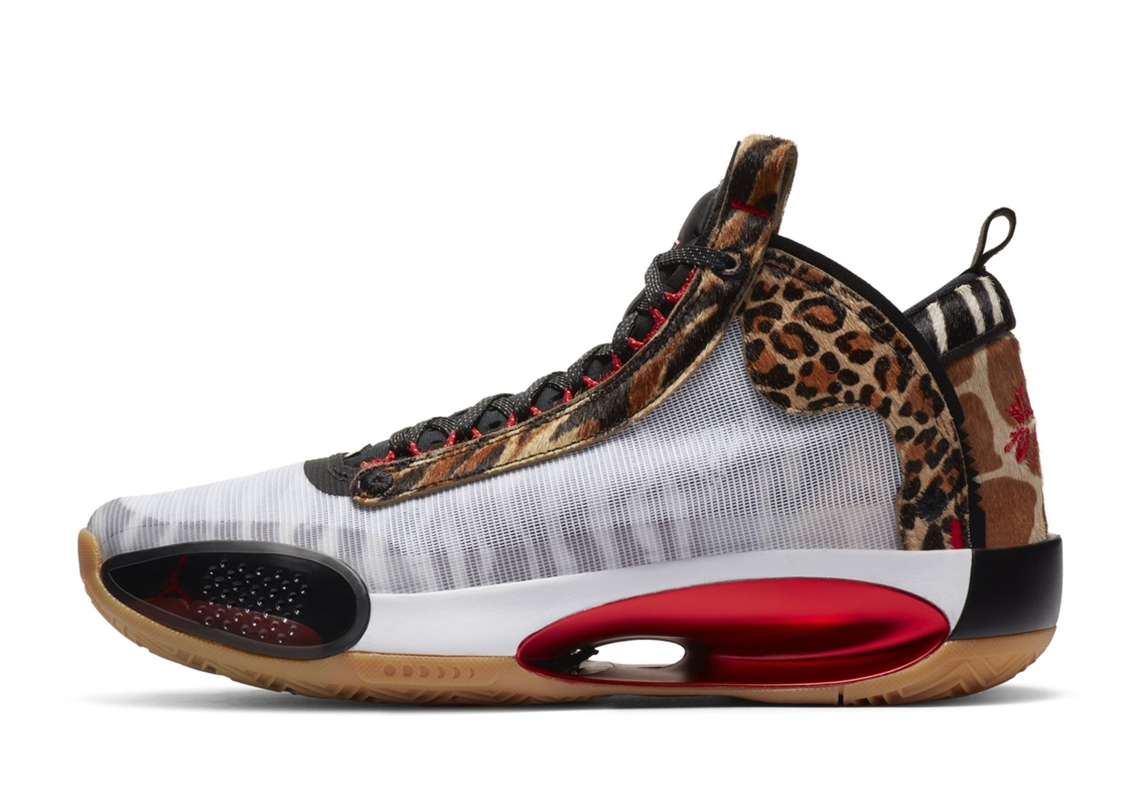 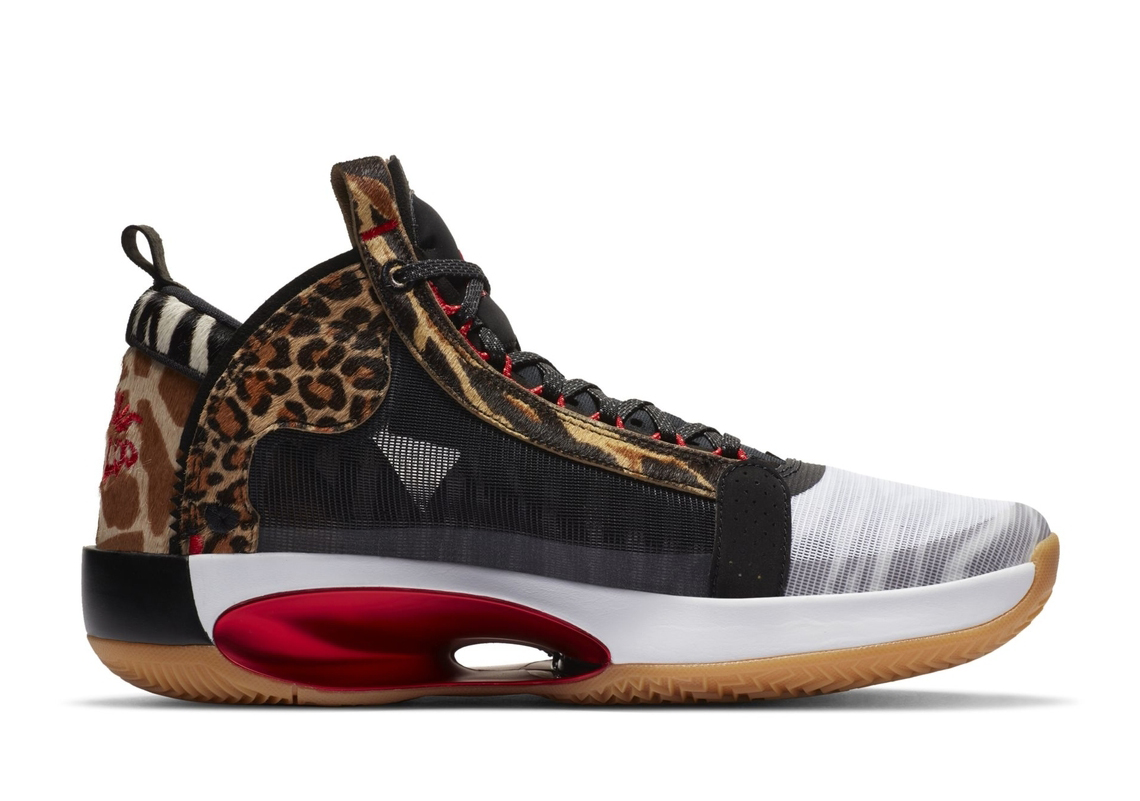 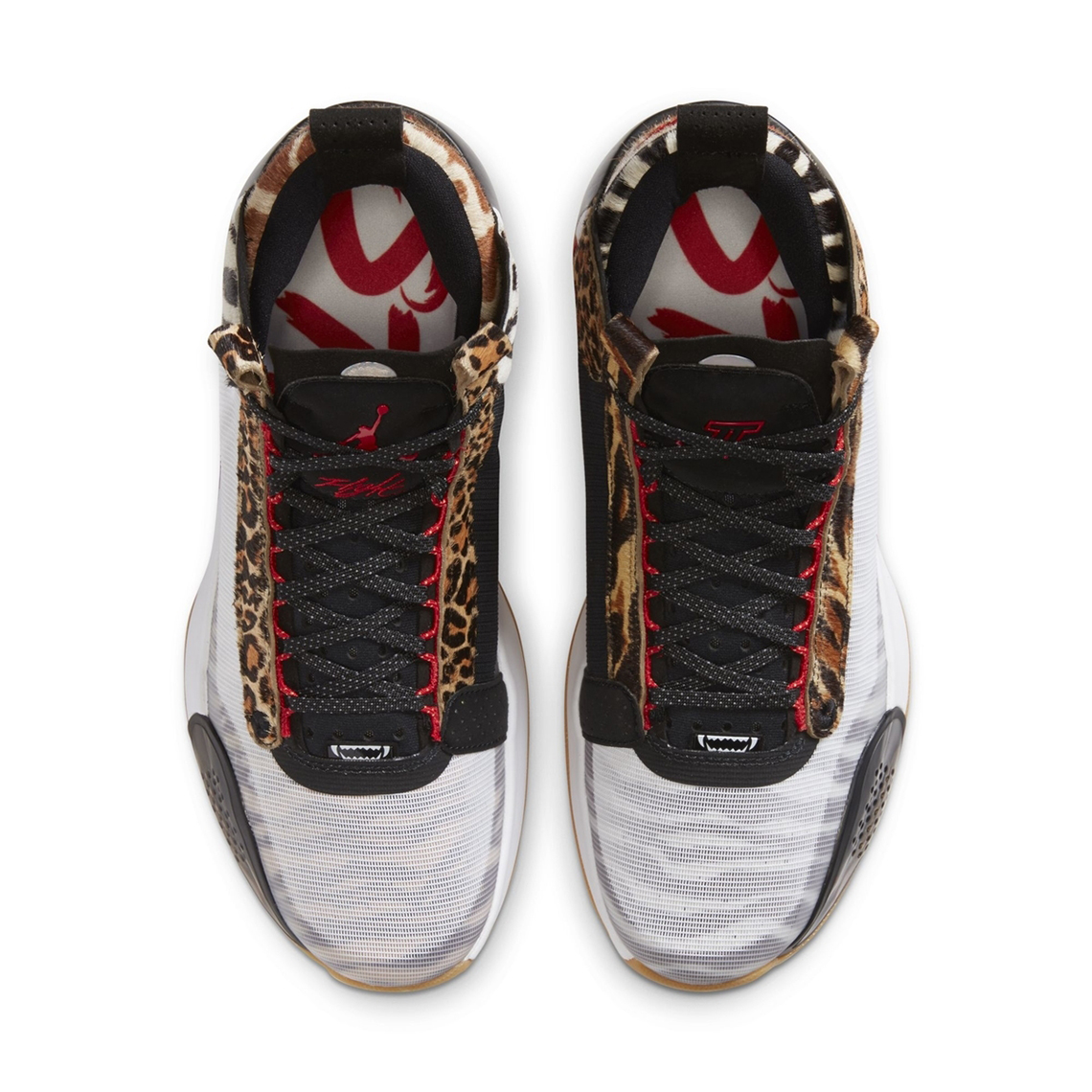 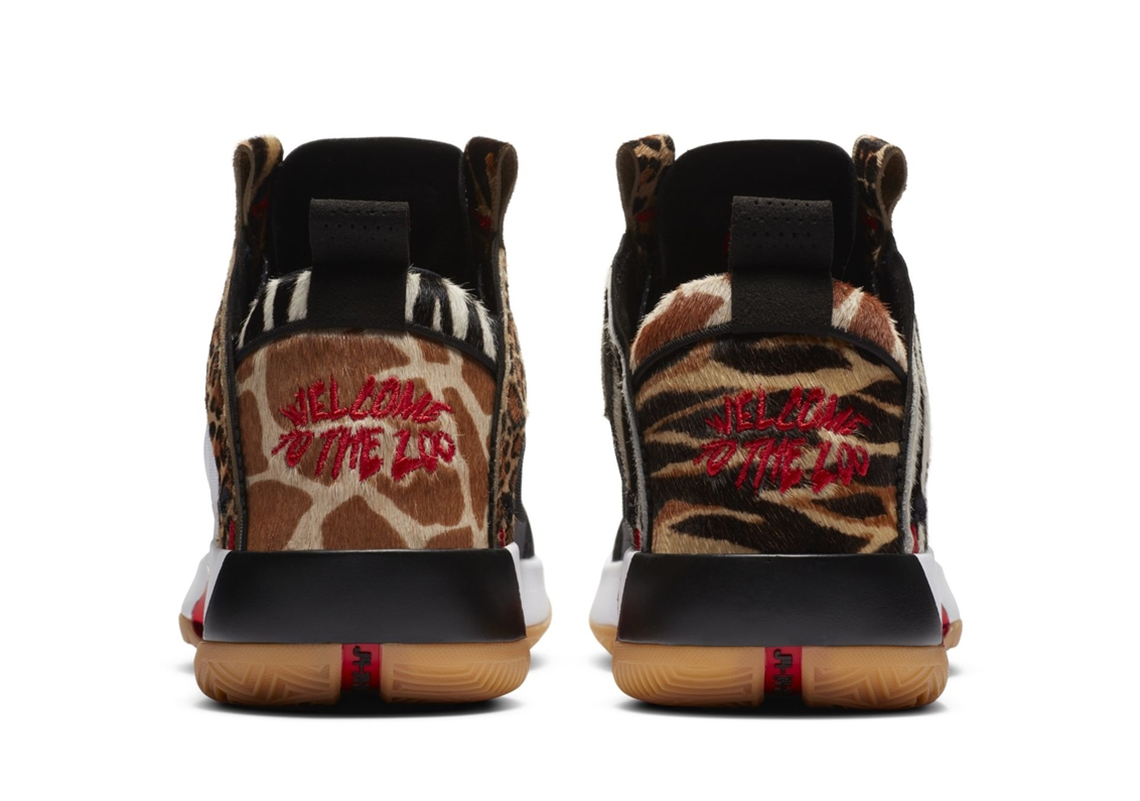 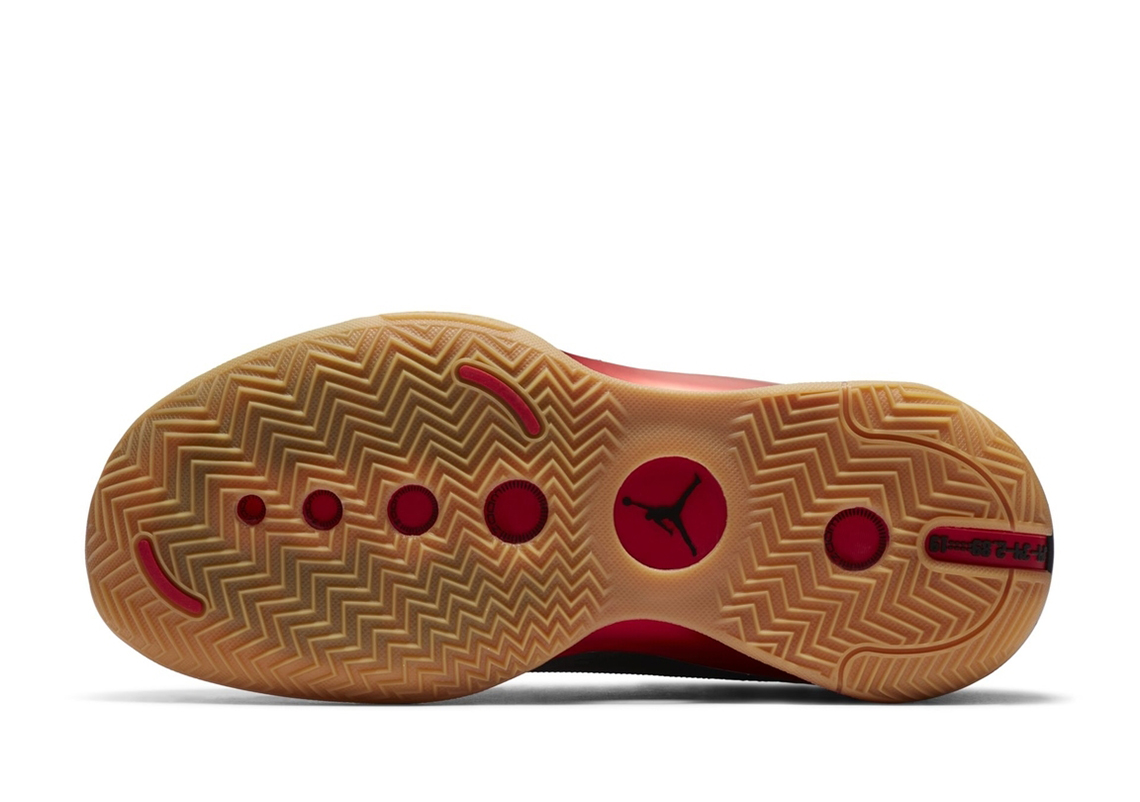 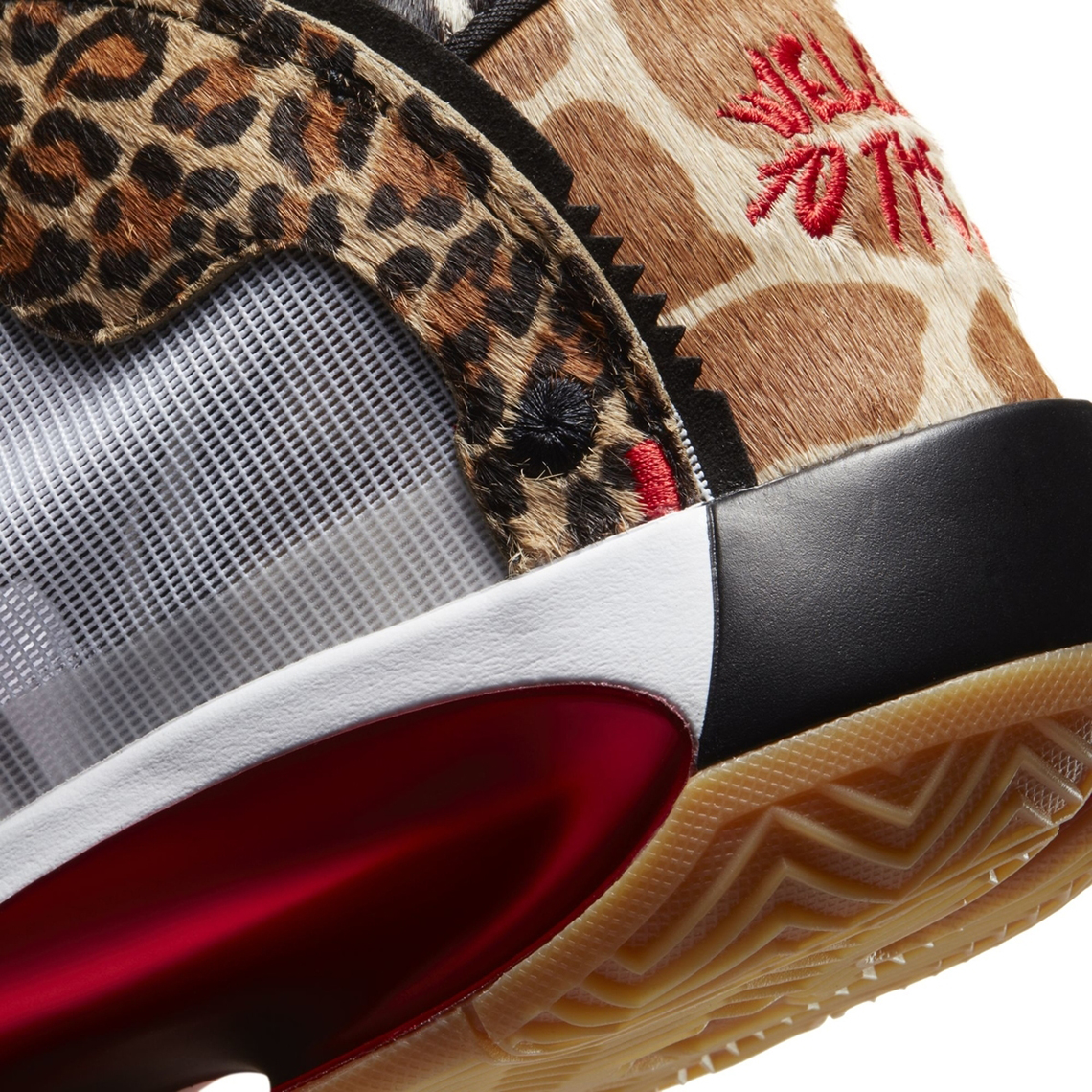 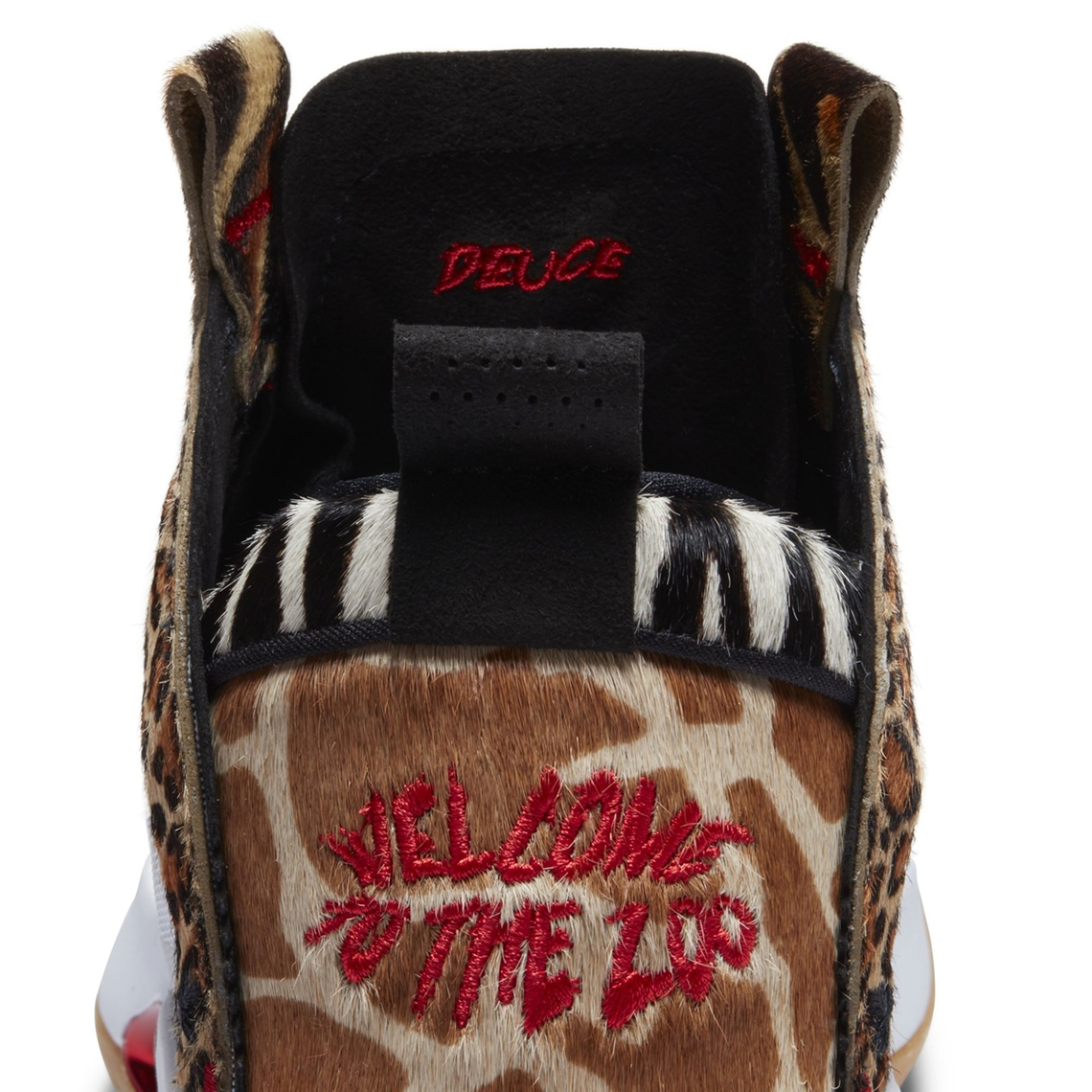 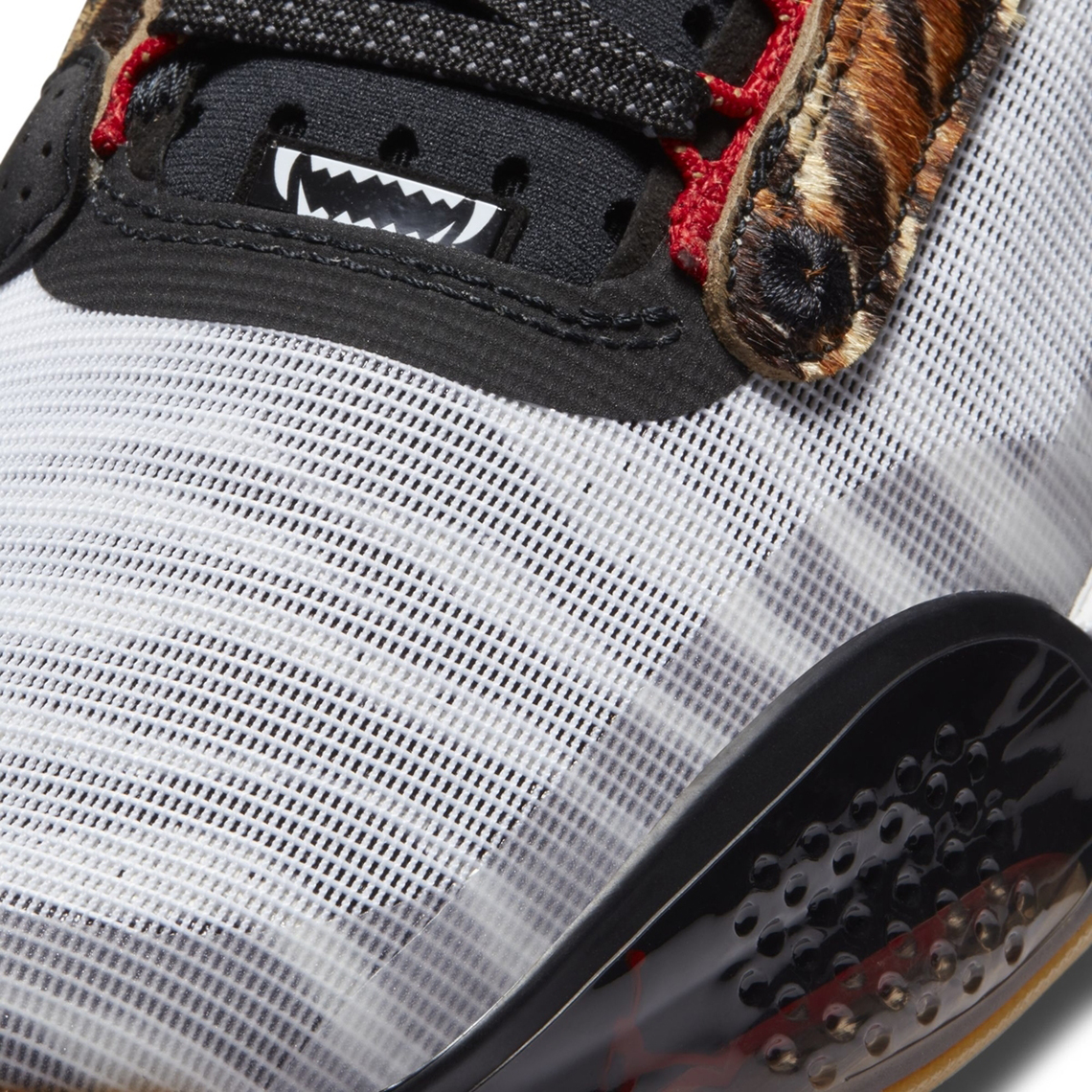