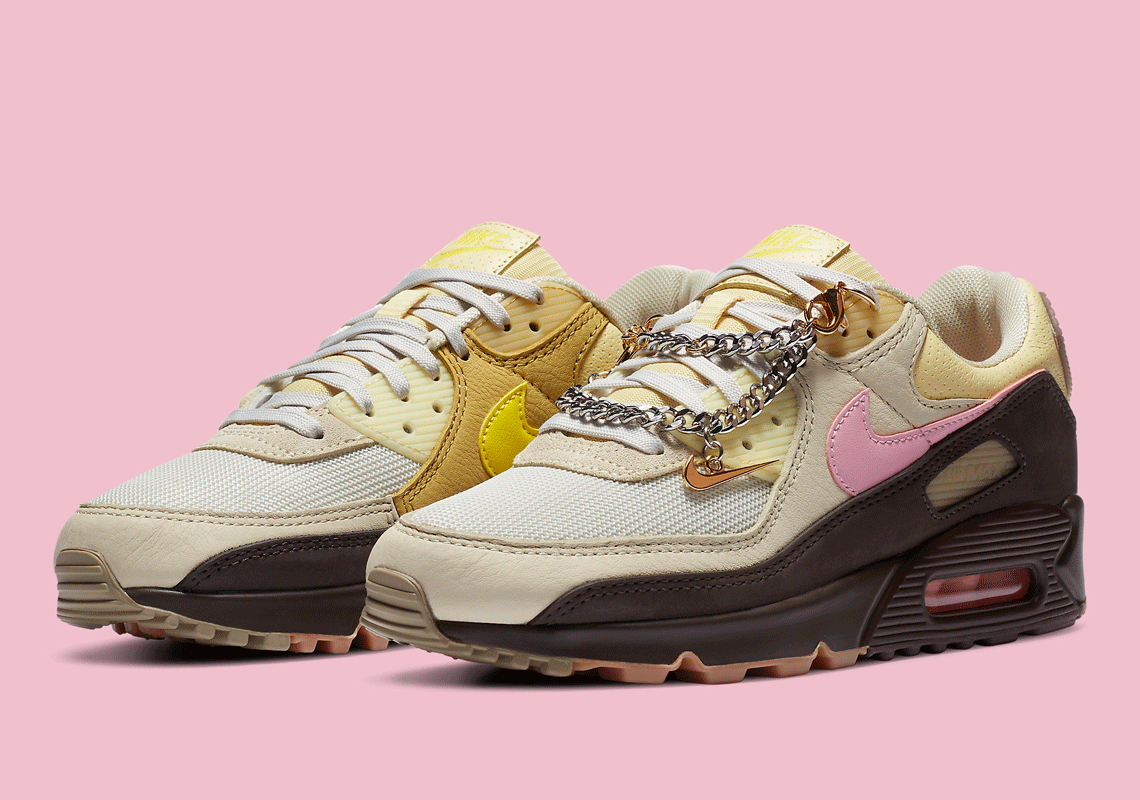 This year’s anniversary library of Nike’s classic Air Max 90 has been stocked with a wealth of makeups from a trio of Duck Camo renditions to cork-infused versions to jeweled “Home and Away” colorways in most recent memory. Continuing to find ways to give the lifestyle runner some fresh spirit, the Sportswear division is now pivoting towards their women’s demographic to devise a new installment with cuban links.

While these embellishments have been previously used by the Swoosh on their Shox TL collaboration with COMME des GARÇON last year, this forthcoming iteration features them in less pronounced fashion as they dangle in hangtag form that mixes between a silver chain with a gilded Swoosh. Elsewhere on these Air Maxes you’ll find a dichotomy of soft and dark hues as its base structures are dialed between a mixture of soft yellow/Light British Tan overlays, while its mudguards and sole units are draped with a muddy brown hue. Furthermore, light pink accents are splashed onto the Swooshes and interior Air Max prongs to almost give these 90s a neapolitan aesthetic. Scroll further below to find more detailed images, and note that they’ll be dropping overseas on June 19th, with a release on Nike.com to likely follow in the coming weeks.

In other news, here’s another look at the upcoming Laser Orange 3s. 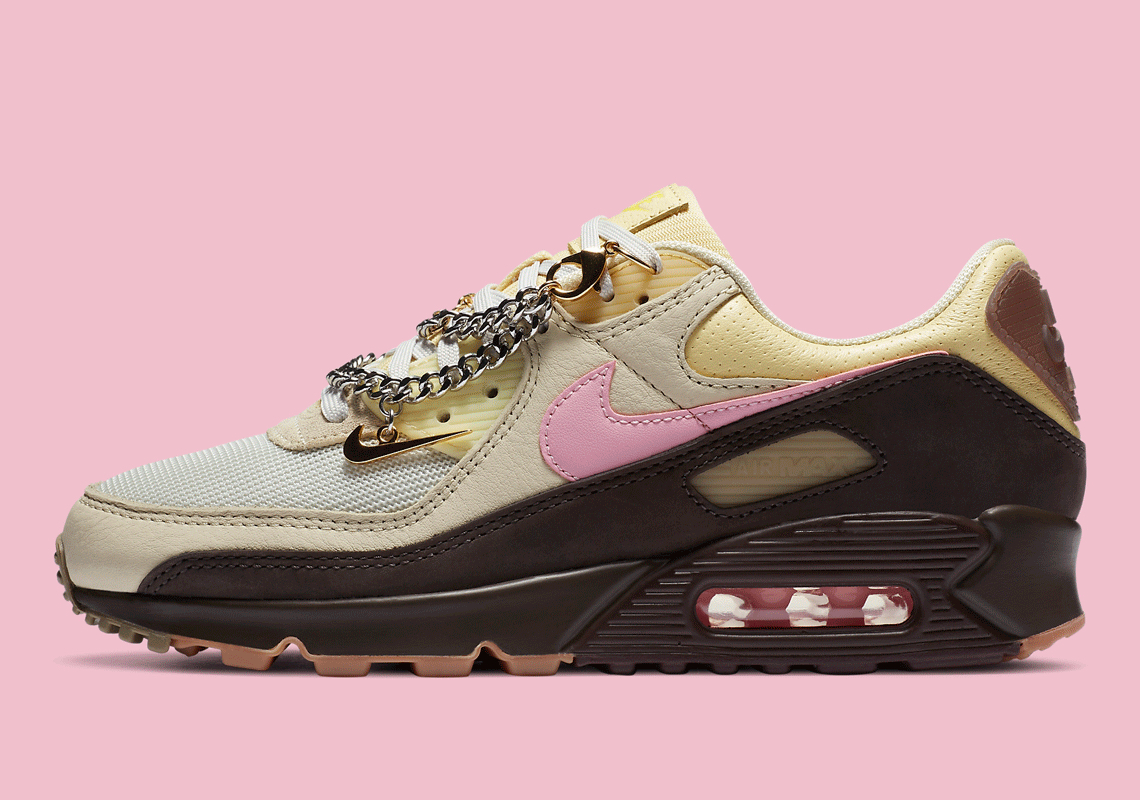 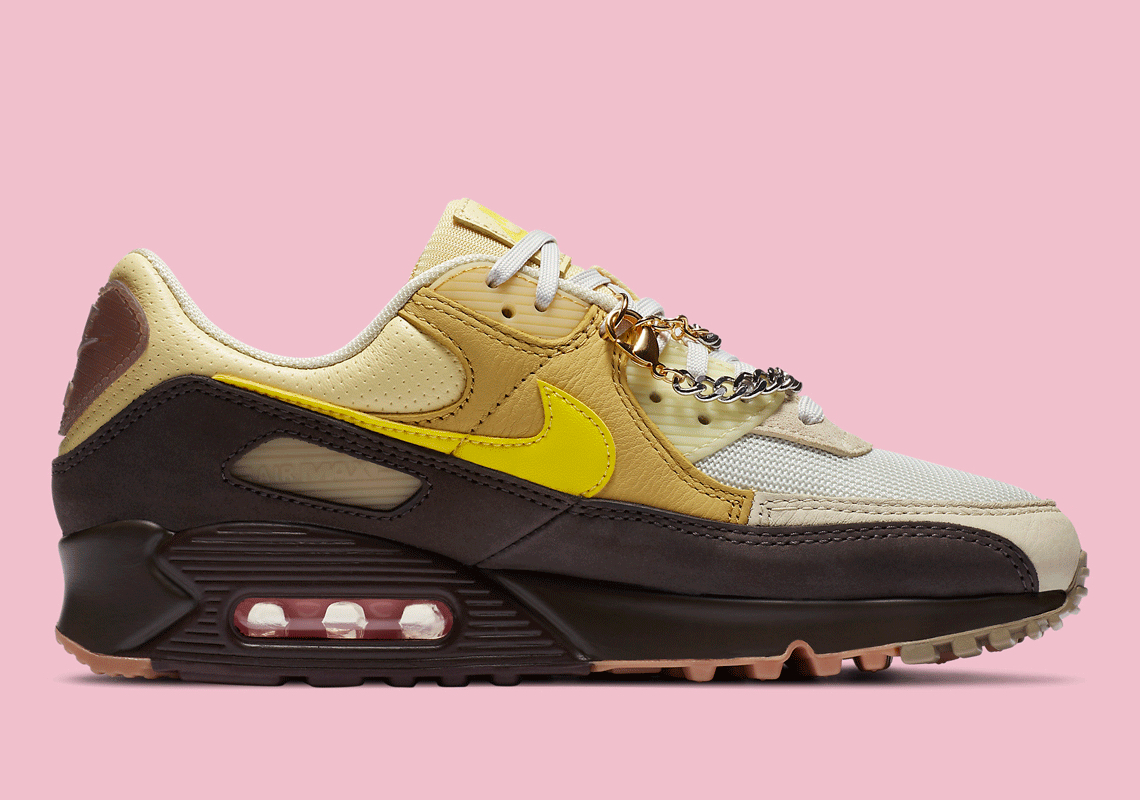 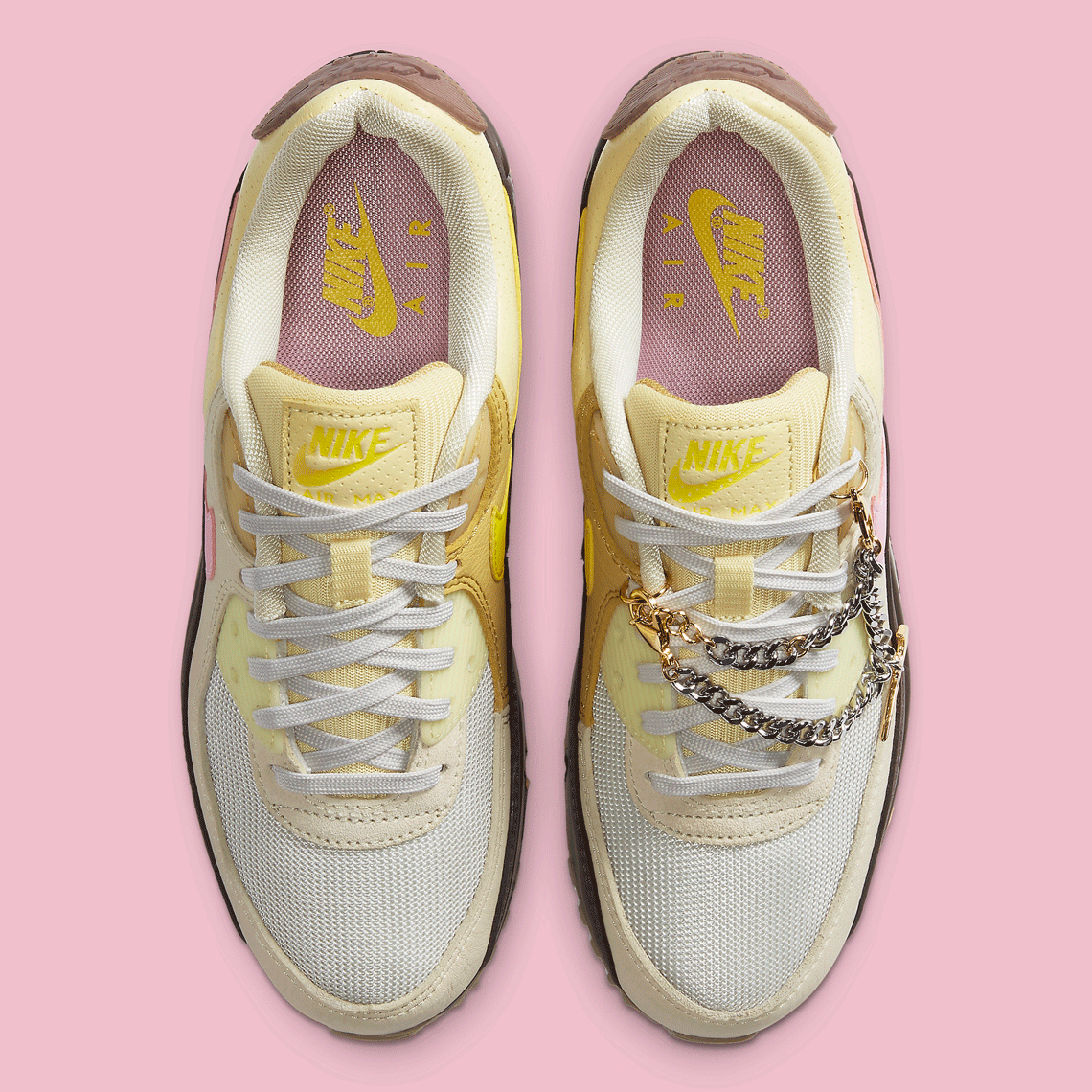 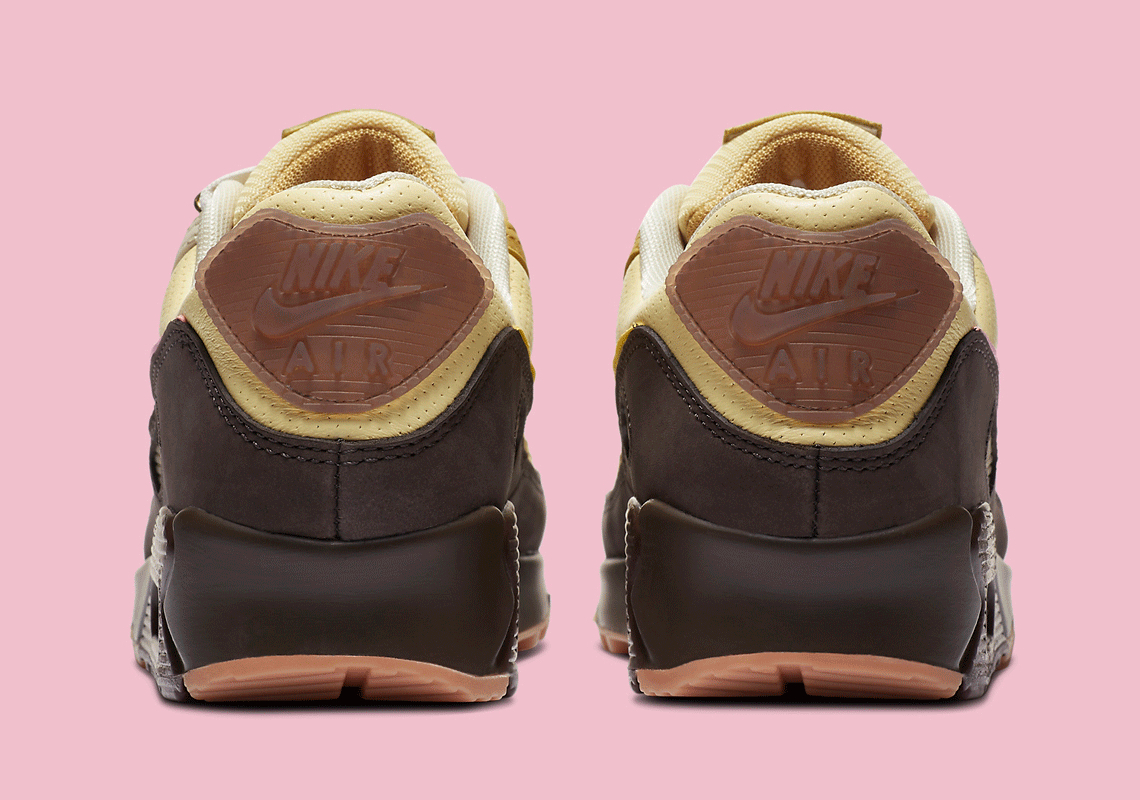 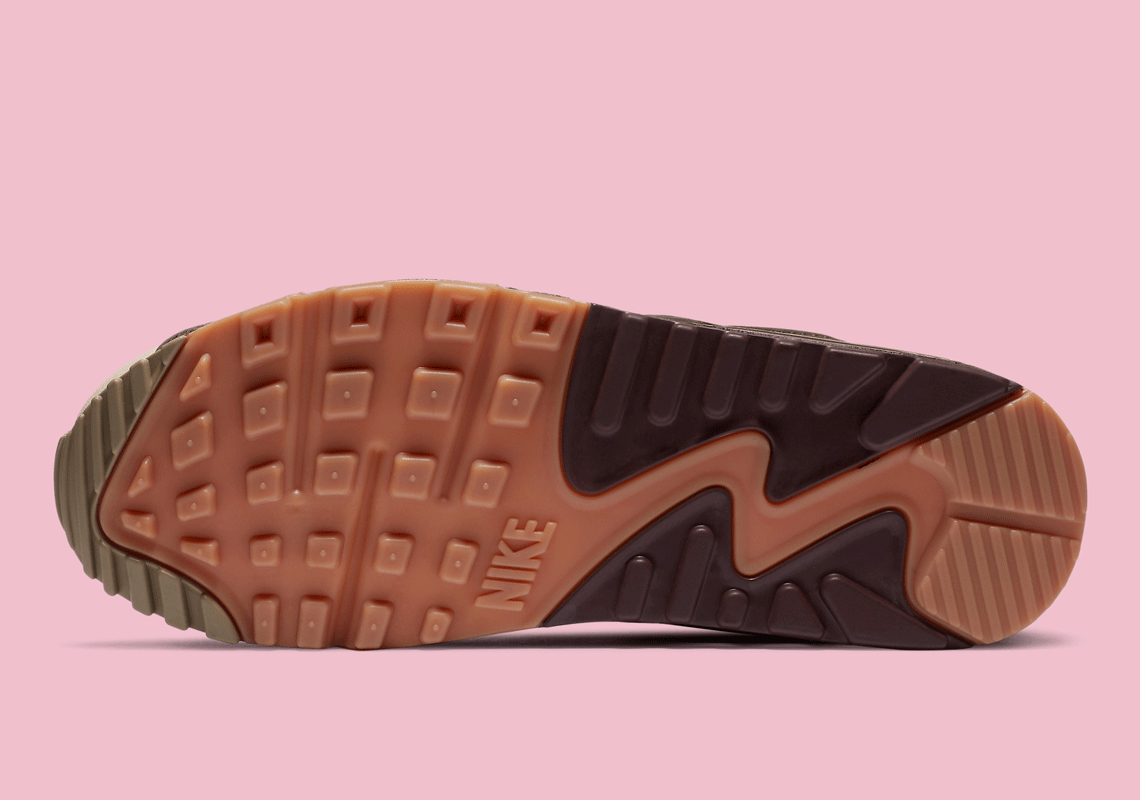