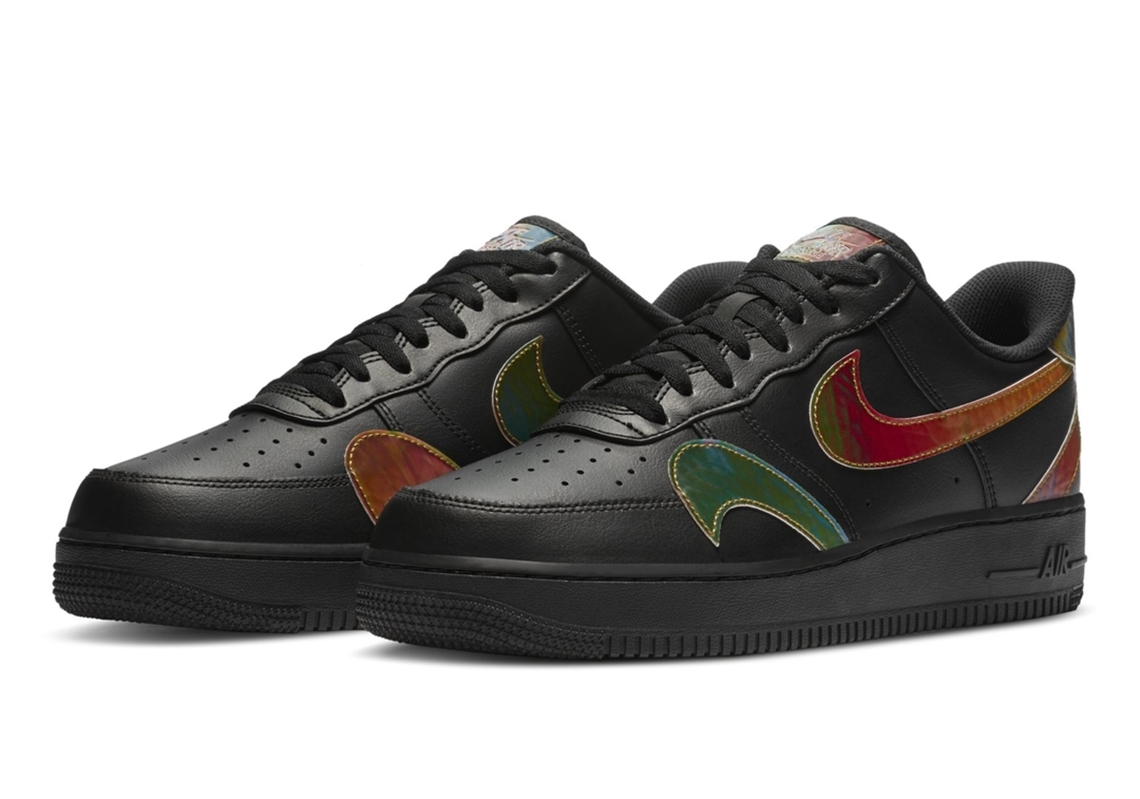 Nike Continues Its Experimental DIY Looks With The Air Force 1

The Nike Air Force 1 Low has been reimagined in a myriad of different looks this season, but a common thread that continues to be highlighted by the Beaverton design teams has been this indulging in experimental DIY themes. We’ve seen the classic Sportswear icon constructed with rub-away uppers, cut-out Swooshes, and removable NYC Summer league patches, but now its transitioning to alterations somewhat reflective of a cut-and-paste aesthetic.

At its core, the leather uppers and soles translate that of a normal triple black AF1 Low, but the spirit is uplifted by way of its surrounding Swooshes. Accompanying the traditional lateral/medial checks arrives two more sets of the Carolyn Davidson-designed logo which have been flipped upside down and fastened to the forefoot, as well as on along the heels which connect and overlap in a way that slightly hides the rear Air branding. Each of these Swooshes, along with the square tongue stamps are treated with an multi-colored/iridescent shimmer that gradient between red, green, and blue tones. Check out a closer look here, and note that they will most likely be dropping on Nike.com and at select stockists in the coming weeks.

For other Swoosh-related news, here’s a first look at the upcoming Nike ISPA model. 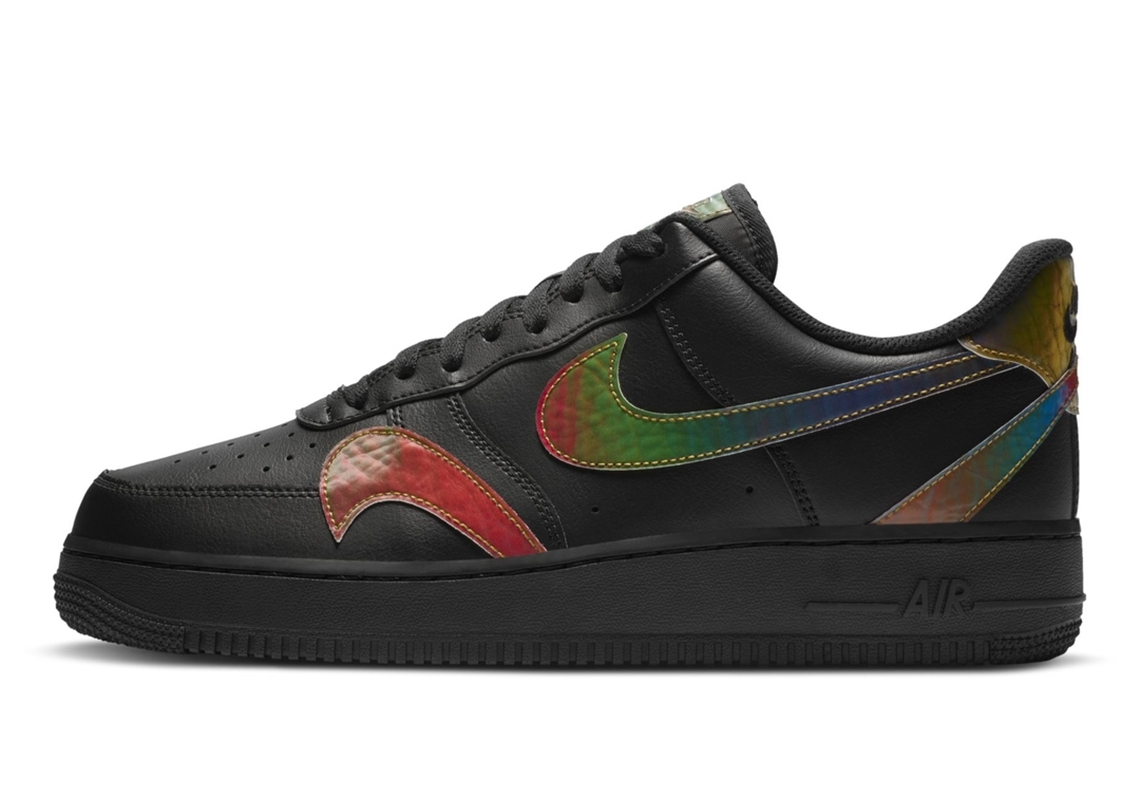 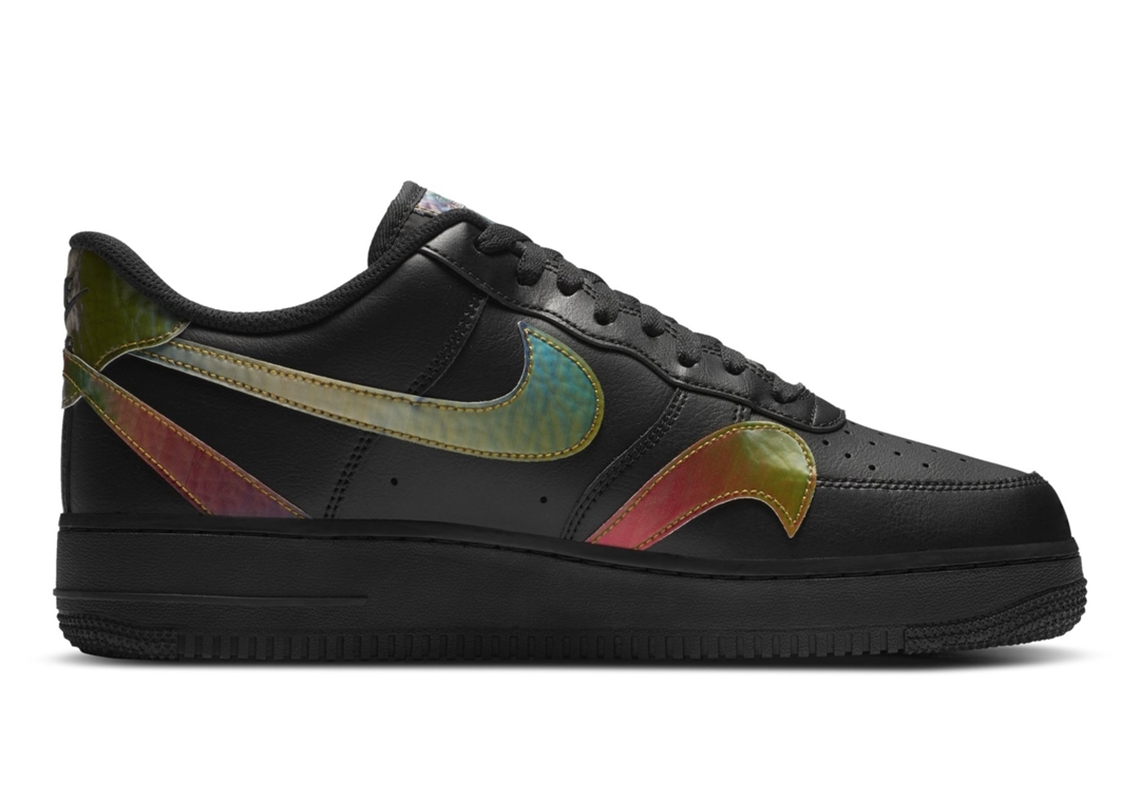 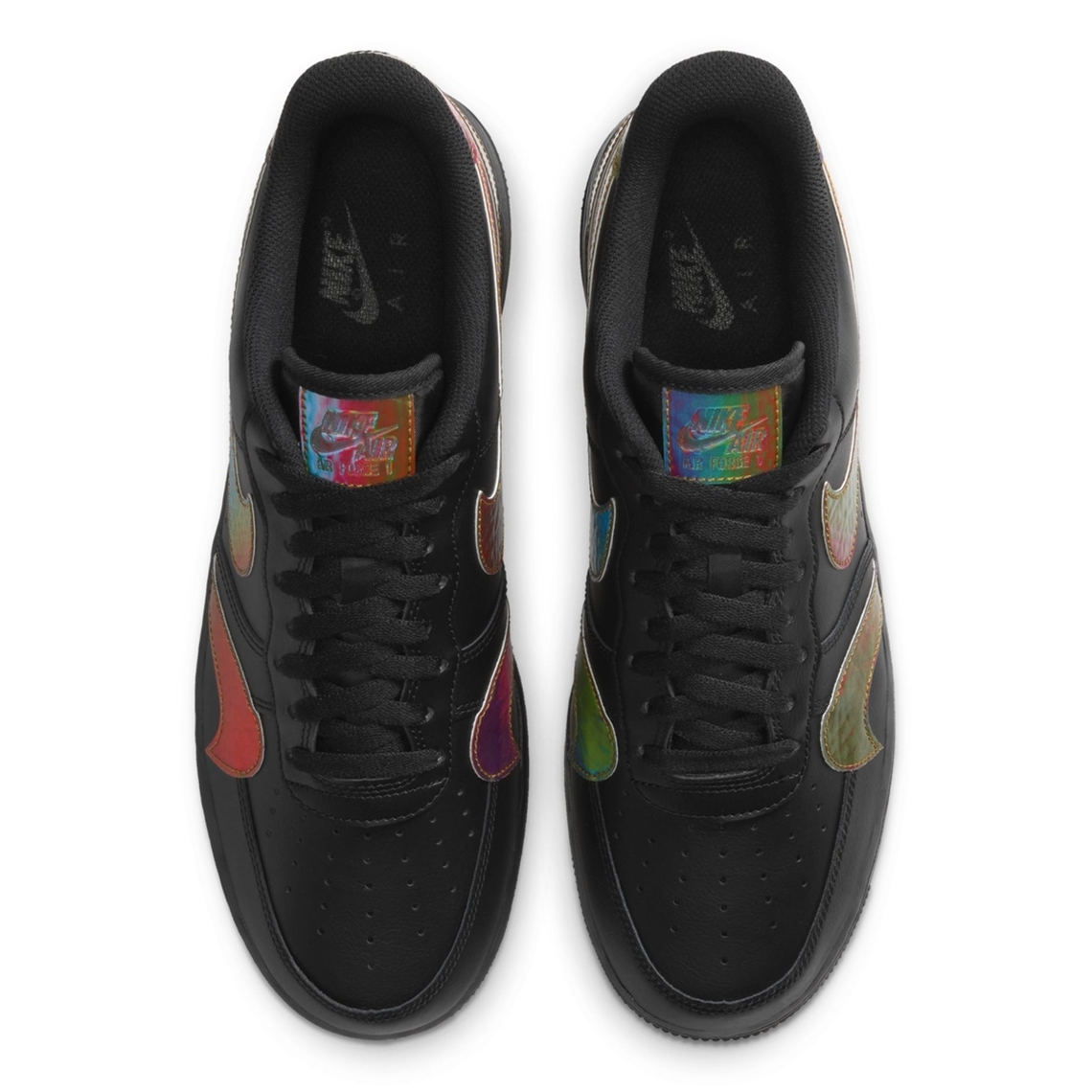 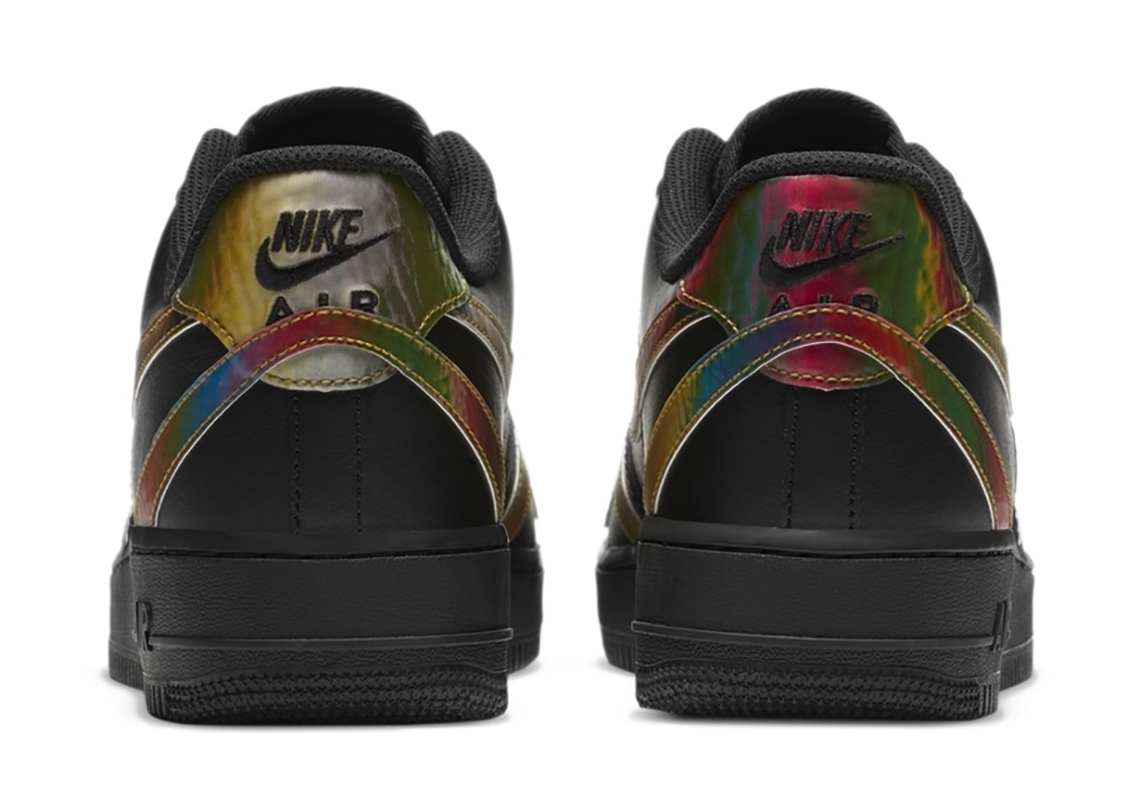 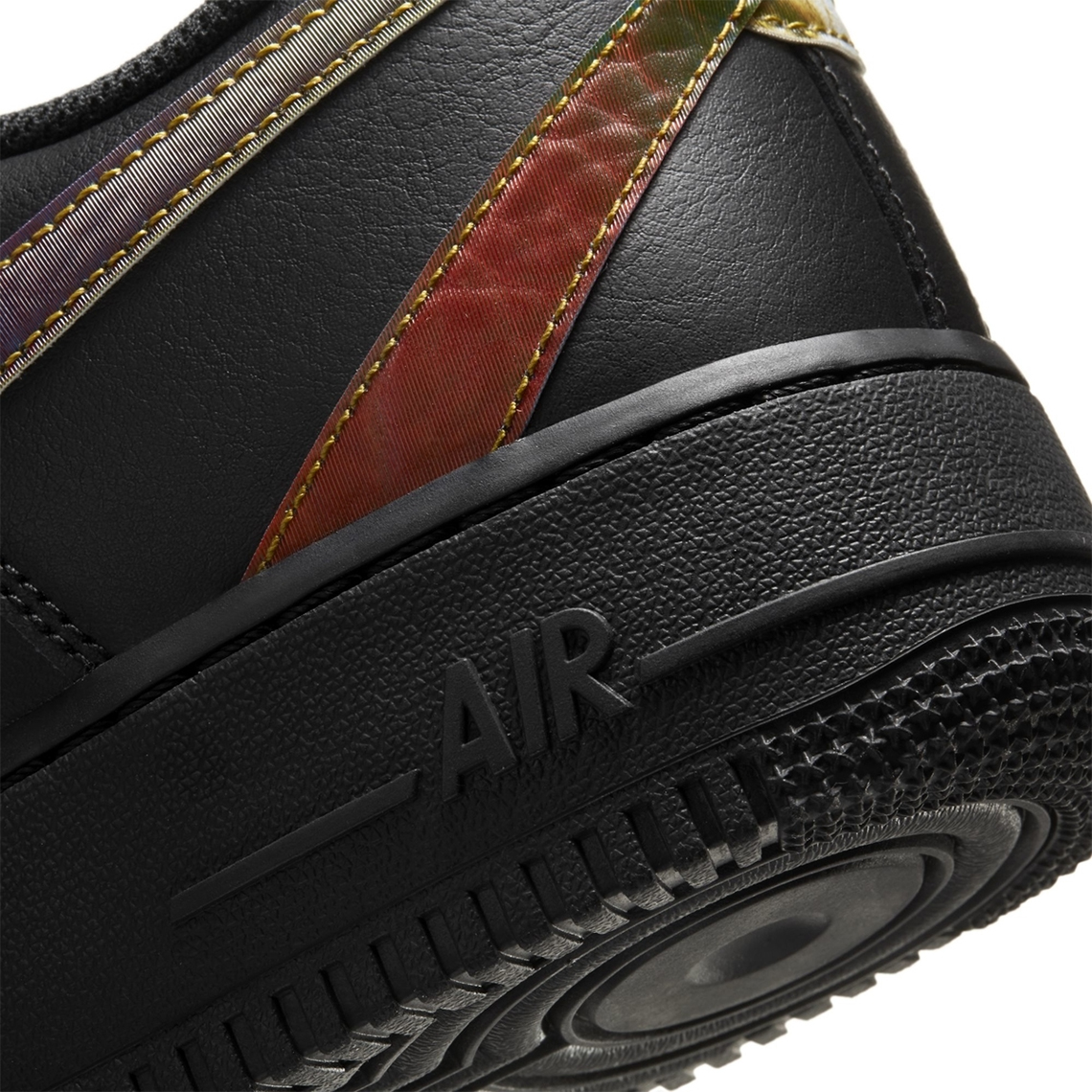 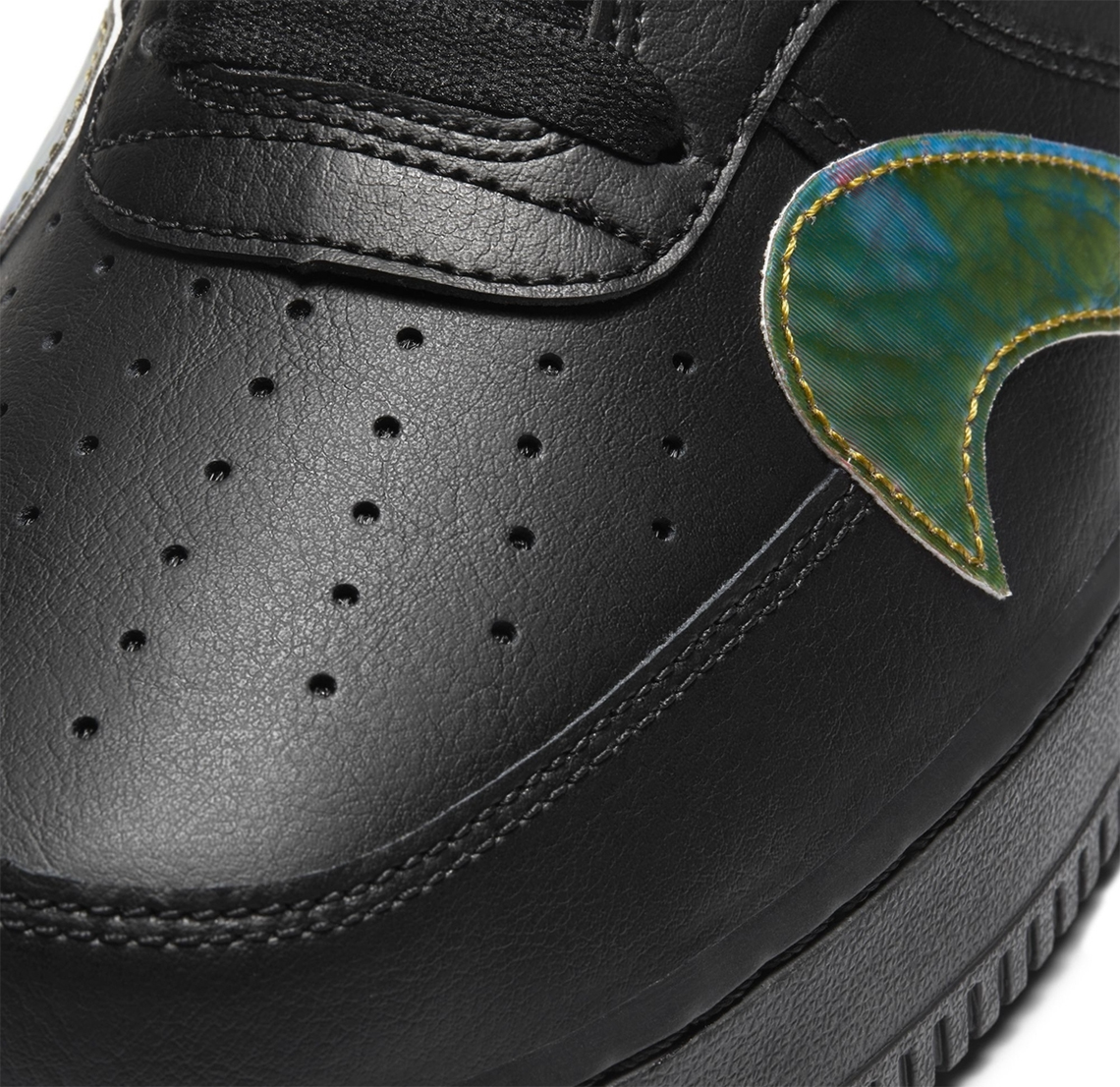