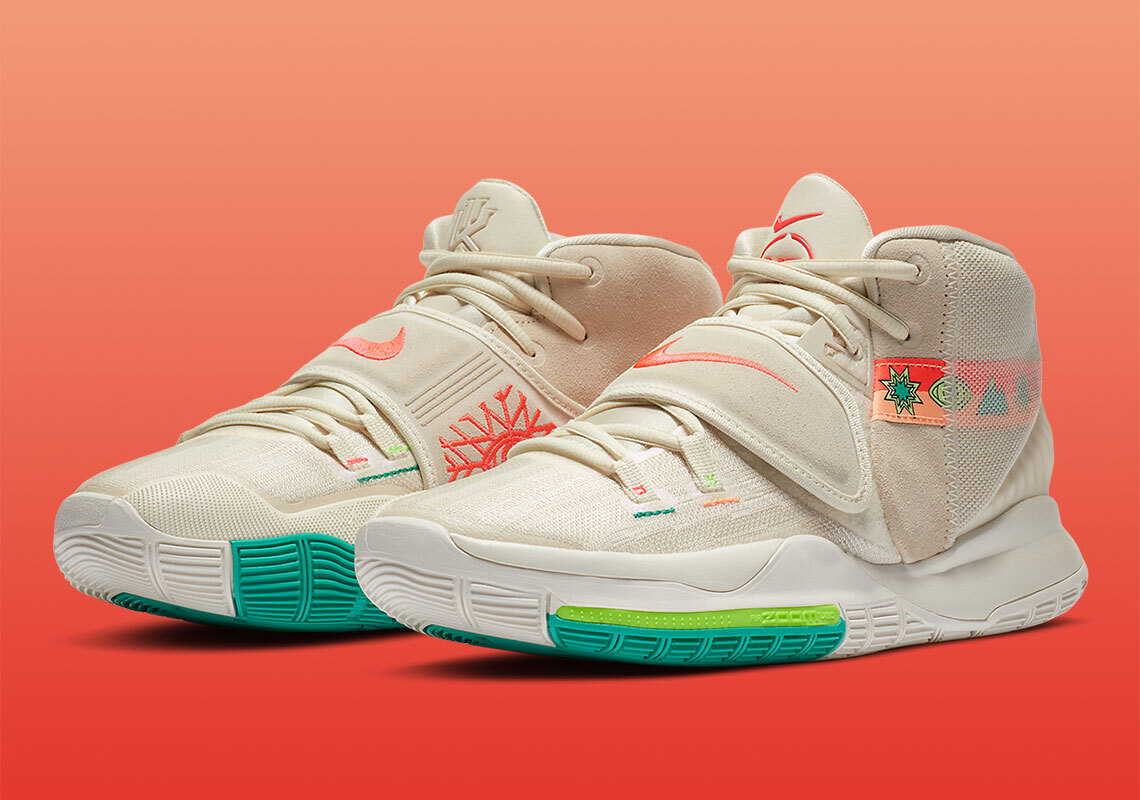 Nike’s N7 collection remains one of the few cultural pillars in their series of annual releases — last year bringing about one of the most complete, story-driven capsules the brand has seen in quite a long time. And now, this Summer’s edition is set to include Kyrie Irving whose forthcoming Kyrie 6 reflects on the athlete’s reconnection with his own indigenous roots.

As such a bevy of different patterns and symbols pay homage atop an upper relatively understated. Suede fabrics, synthetic molds, and the usual mesh uppers are near fully hued in the light cream, with even the strap opting for the same coat plus a much bolder orange swoosh. Elsewhere, heritage patterns steer the helm, covering with stars that represent Irving’s own community and their deeply rooted history with Lokota quilt design. This is portrayed right along the lateral side in lieu of logos, sprawling adjacent to all-seeing-eye imagery as well as picturesque mountain tops that nod to the athlete’s Lakota name while providing strength.

Grab an official look at the pair right here and expect a release to arrive later this month on June 21st at Nike.com.

In other news, a Zion Jordan 34 PE was revealed last night. 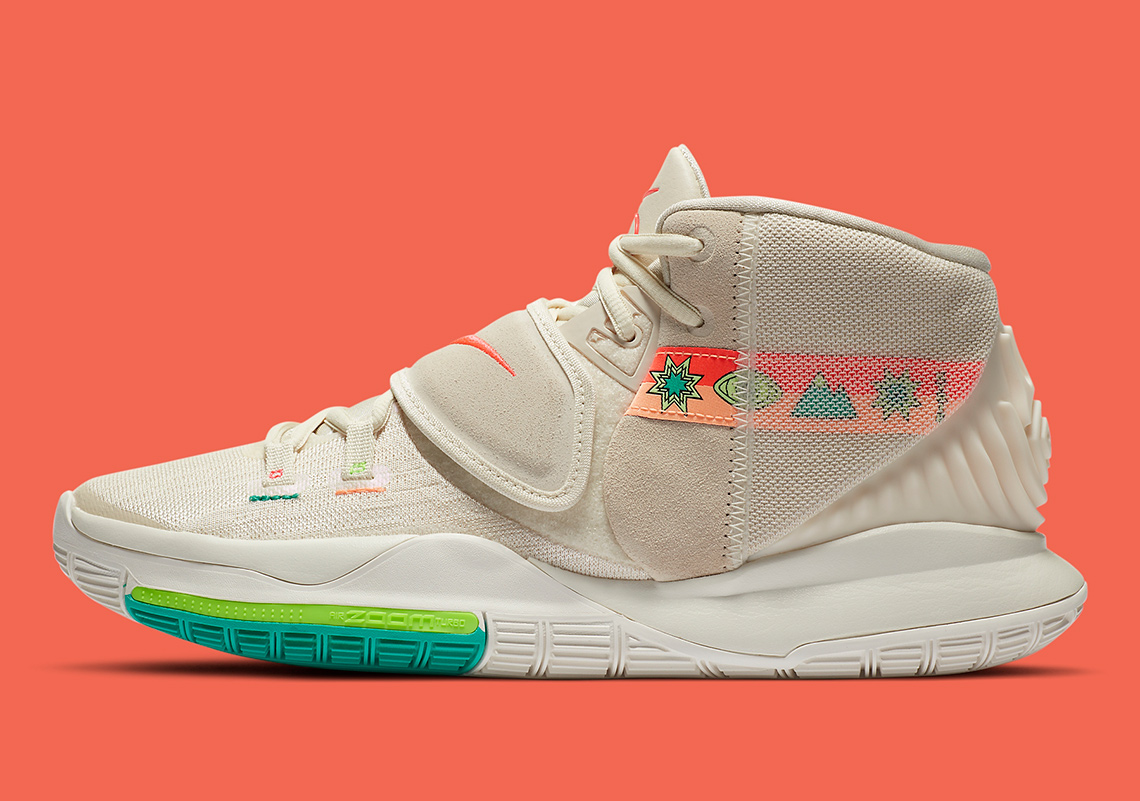 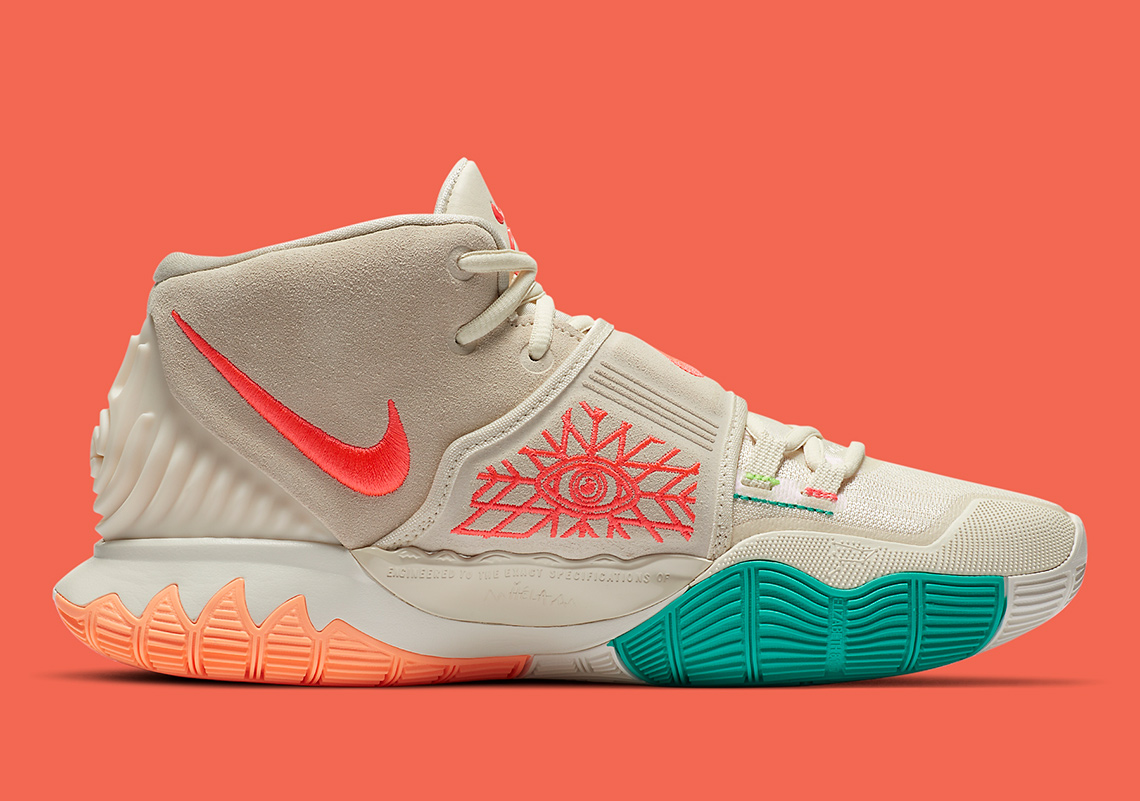 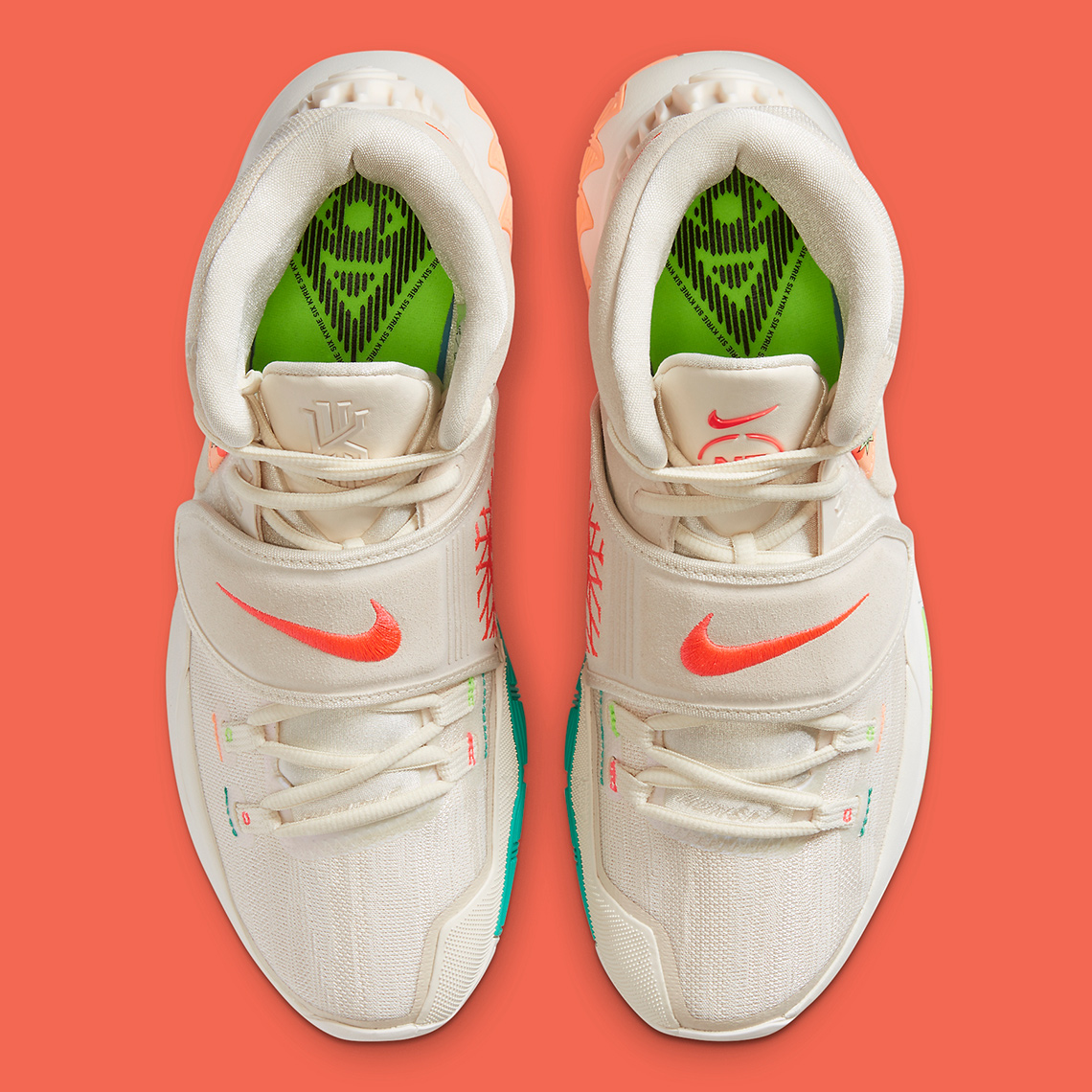 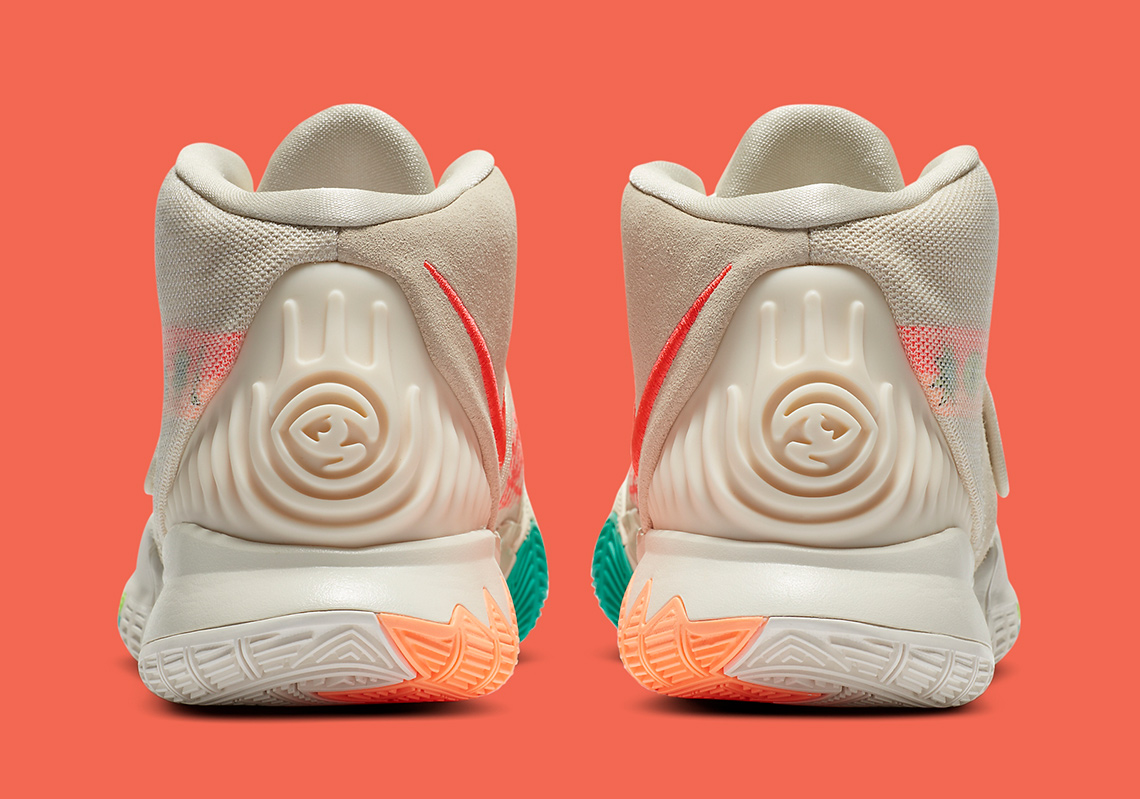 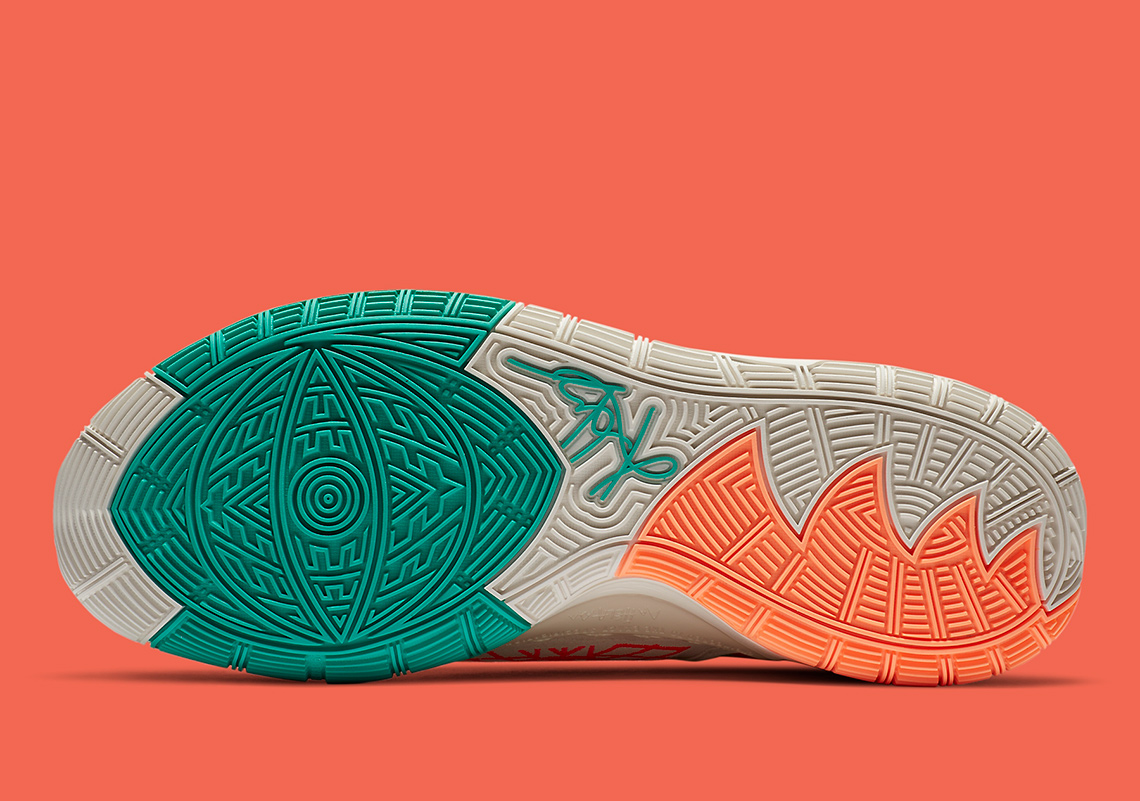 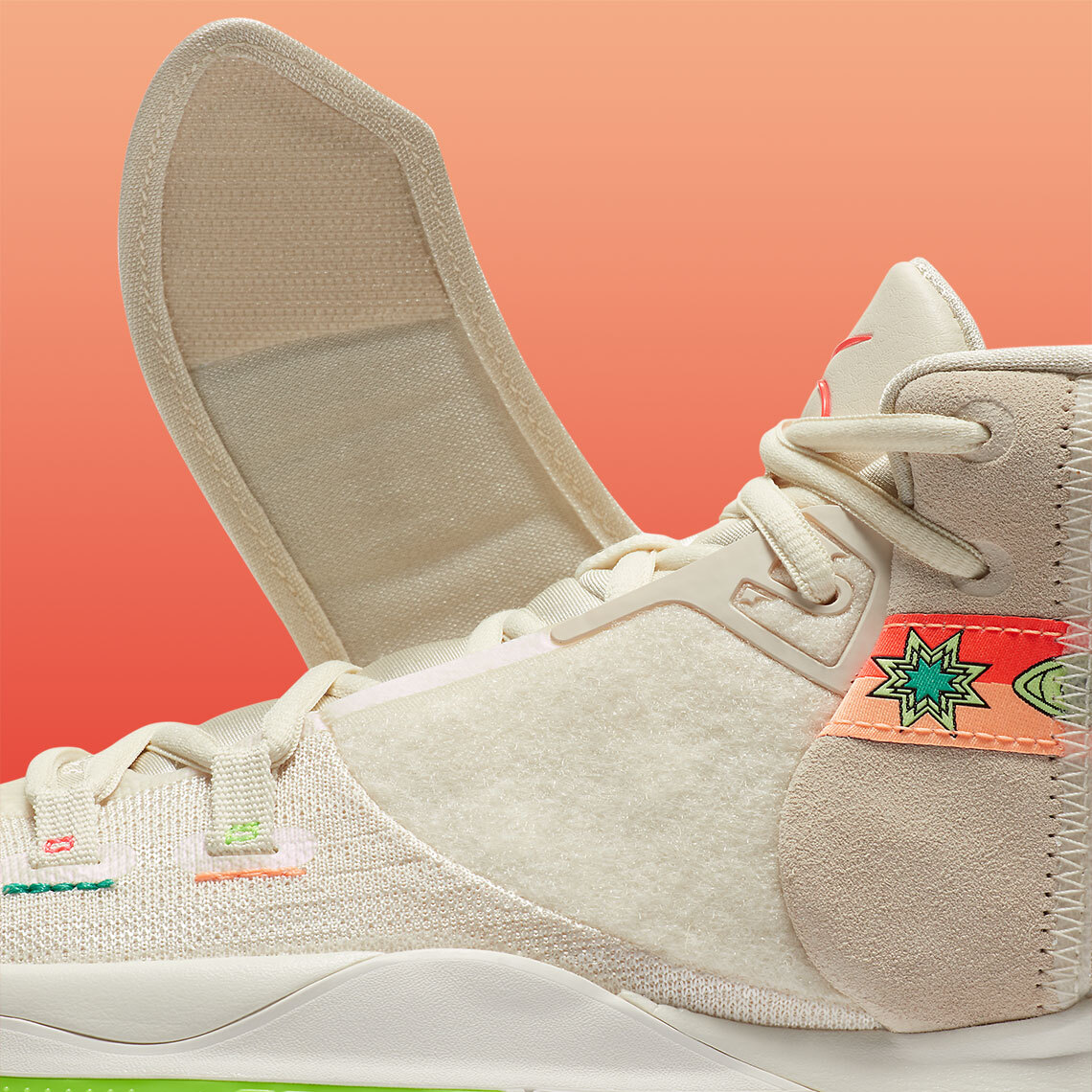 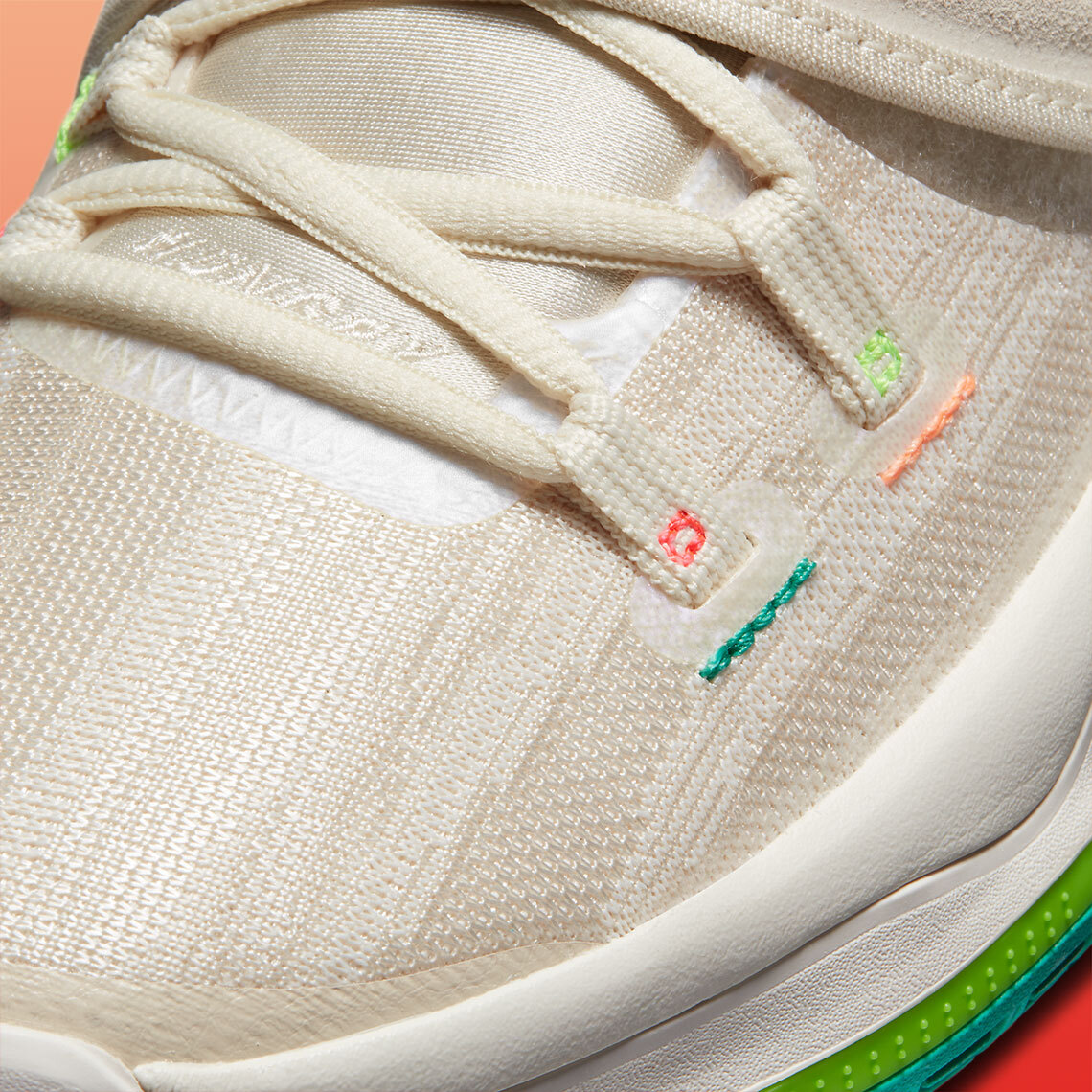 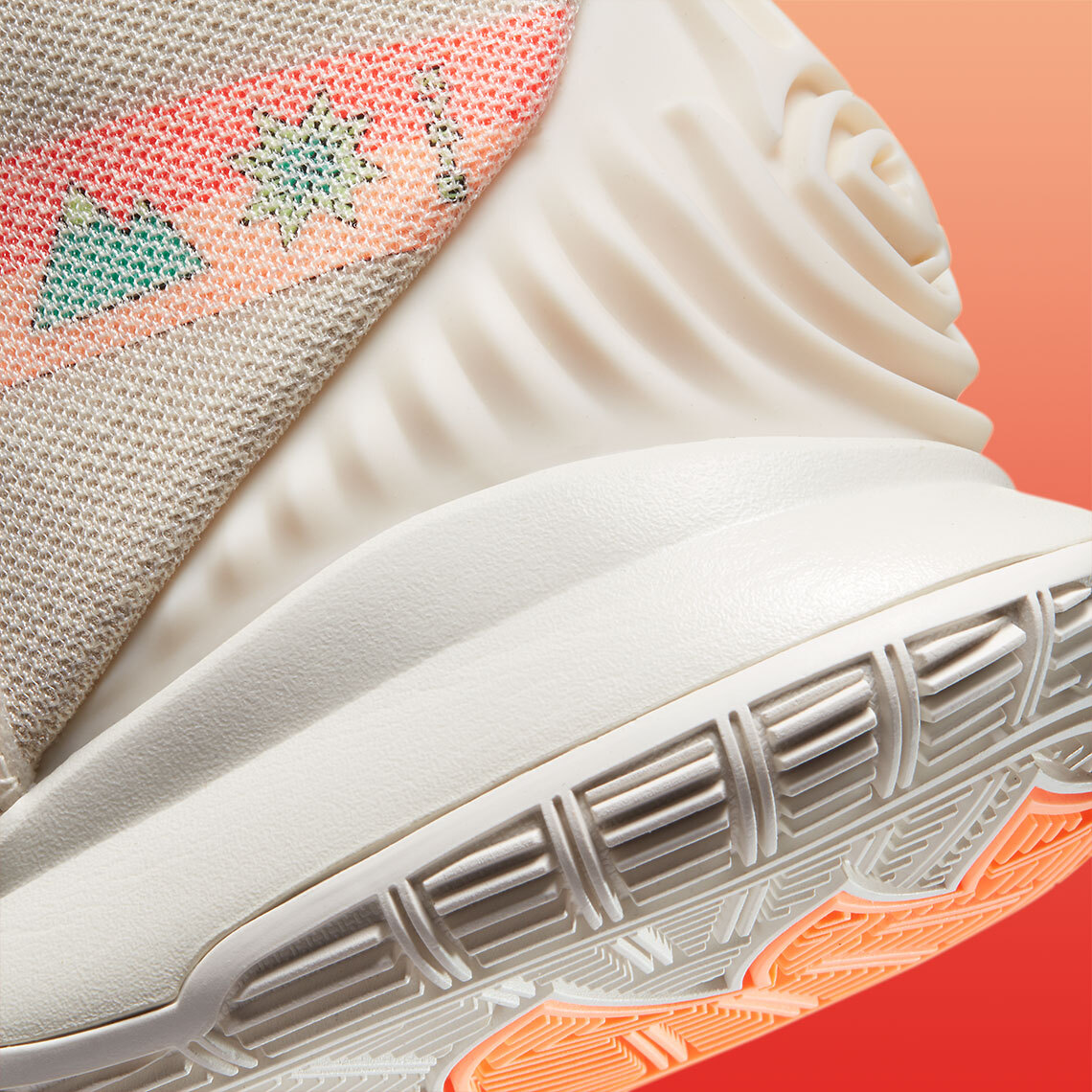