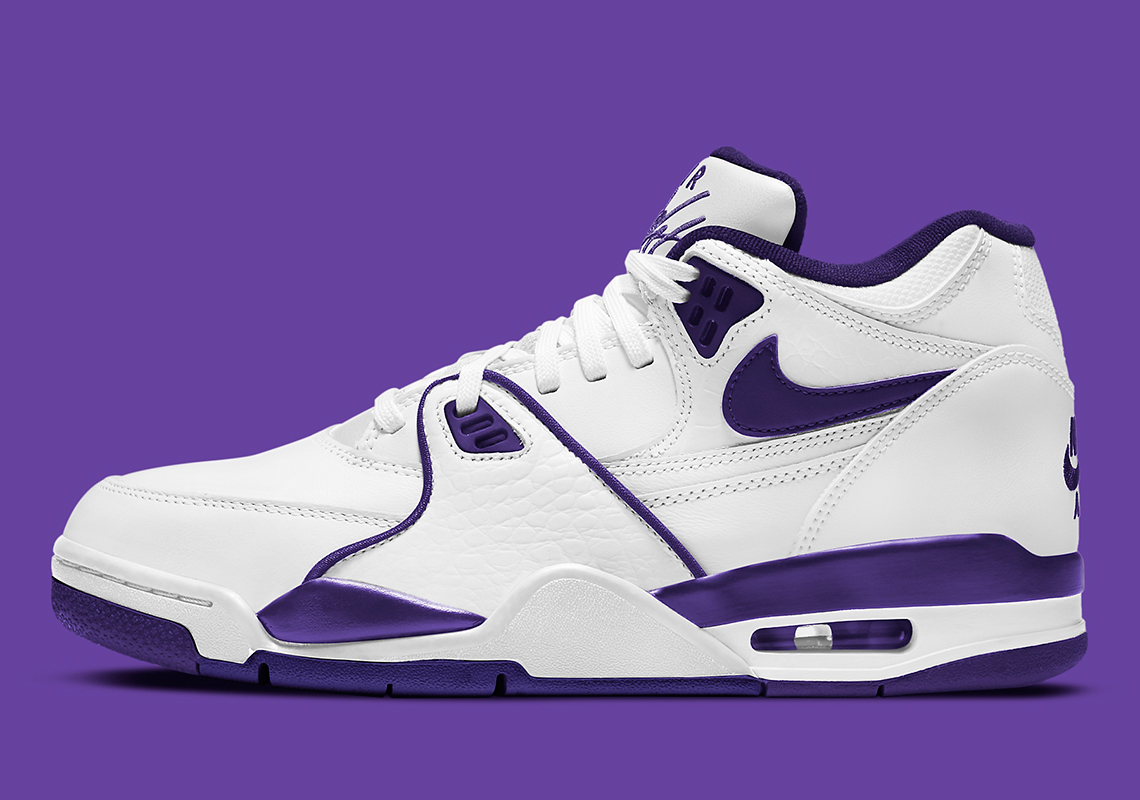 Since the announcement of its return to the market last Fall, Nike’s Air Flight ’89 has been persistent in building up its catalog with more makeups for its retro hoops fans. Some have involved themed offerings such as its Chicago flag-inspired colorway for NBA All-Star weekend as well as its white/green/yellow edition reminiscent of Supersonics colors, while others have remained loyal to its original arrangements. And now, we are learning that yet a new colorway is in order; one that that channels the “Court Purple” motif.

Like the aforementioned Seattle-inspired installment, the uppers on these Air Flight ’89s are executed with smooth white leather materials that comprise its base, which are neighbored by accents of the royalty color that land on every Nike logo, eyestays, sock liners, and perimeters of its forefoot overlay. Additionally, if you look closely at the panel nearest the ankle, as well as the forefoot overlay, you’ll notice that the textures differentiate with tonal croc-like skins. Down below, the sole piece sandwiches a white layer between its purple midsole molds and treading, the former of which stands out slightly more due to its glossy finish. Check out an in-depth look here, and find these dropping on Nike.com in the coming weeks for their usual $120 price tag.

For other news, here’s a detailed look at the upcoming Nike Air Fear of God Raid Black and Grey. 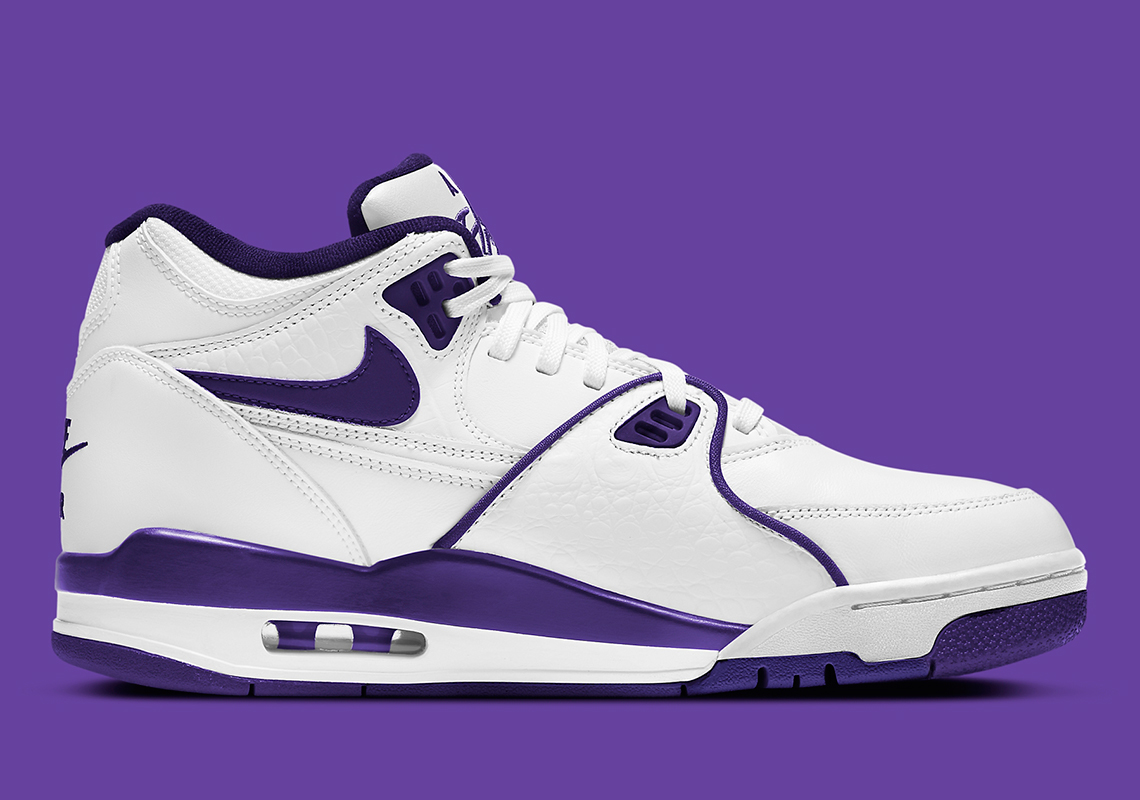 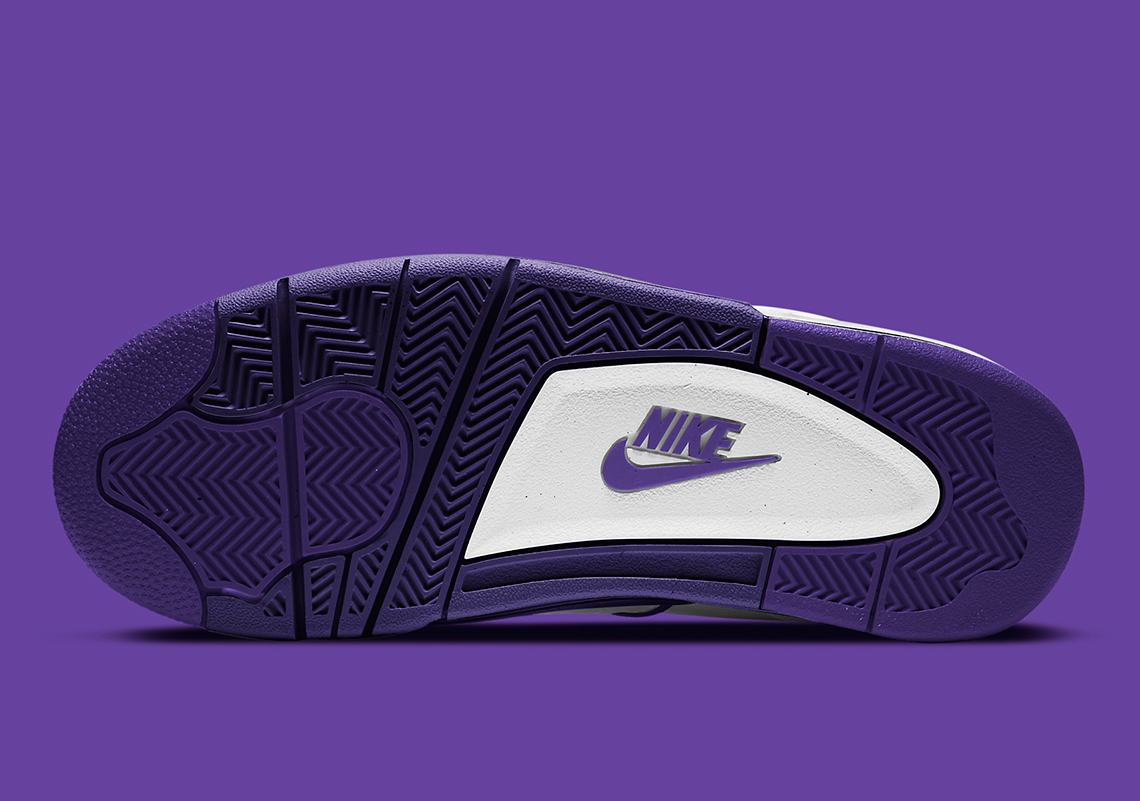