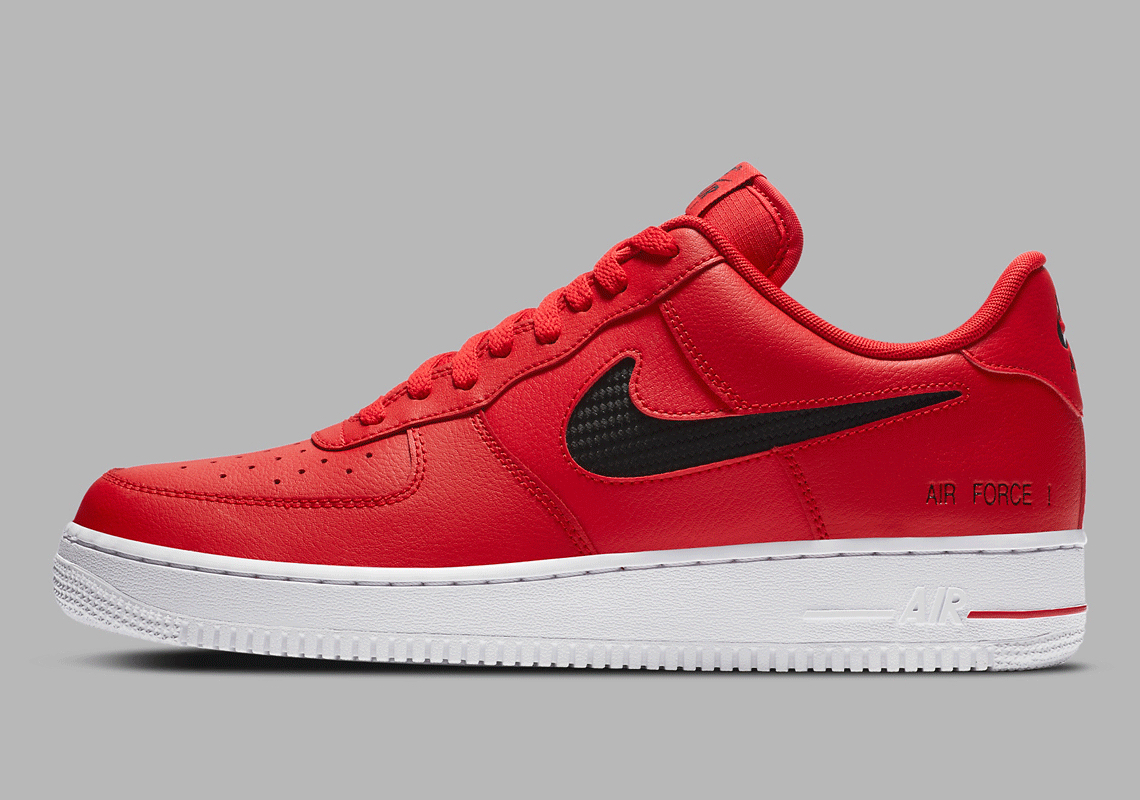 Throughout 2020, the Nike Air Force 1 Low has taken on several new forms – from minor changes by Supreme to fundamental updates with Nike React foam. One of the silhouette’s arguably most overlooked tweaks has been an iteration with the profiles Swooshes cut out, which has recently surfaced in a previously-unseen carbon fiber and leather arrangement.

Instead of suede, this Air Force 1 Low‘s uppers are constructed with slightly tumbled leather and clad in “University Red”. Branding at the tongue, heel, and midfoot interrupt the tonal scheme in “Black”, with the most latter’s arriving in the form of carbon fiber underlays. Underfoot, sole units indulge in the Air Force 1‘s timeless all-white composition, but feature a partially-reddened line on the midsole.

Release details are still widely unknown, but this Air Force 1 Low is likely to quietly launch on Nike.com in the coming weeks. For now, enjoy official images of the pair here below.

For more from The Swoosh, check out the latest details regarding the long-anticipated Air Dior collection. 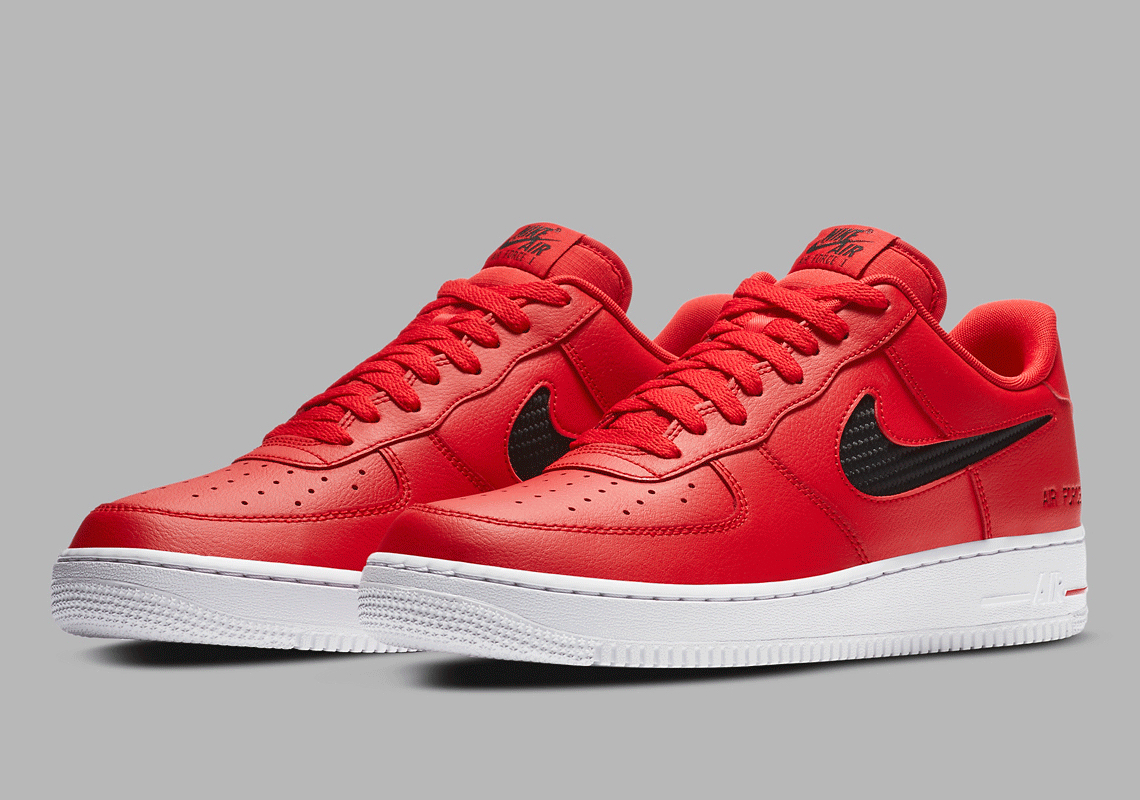 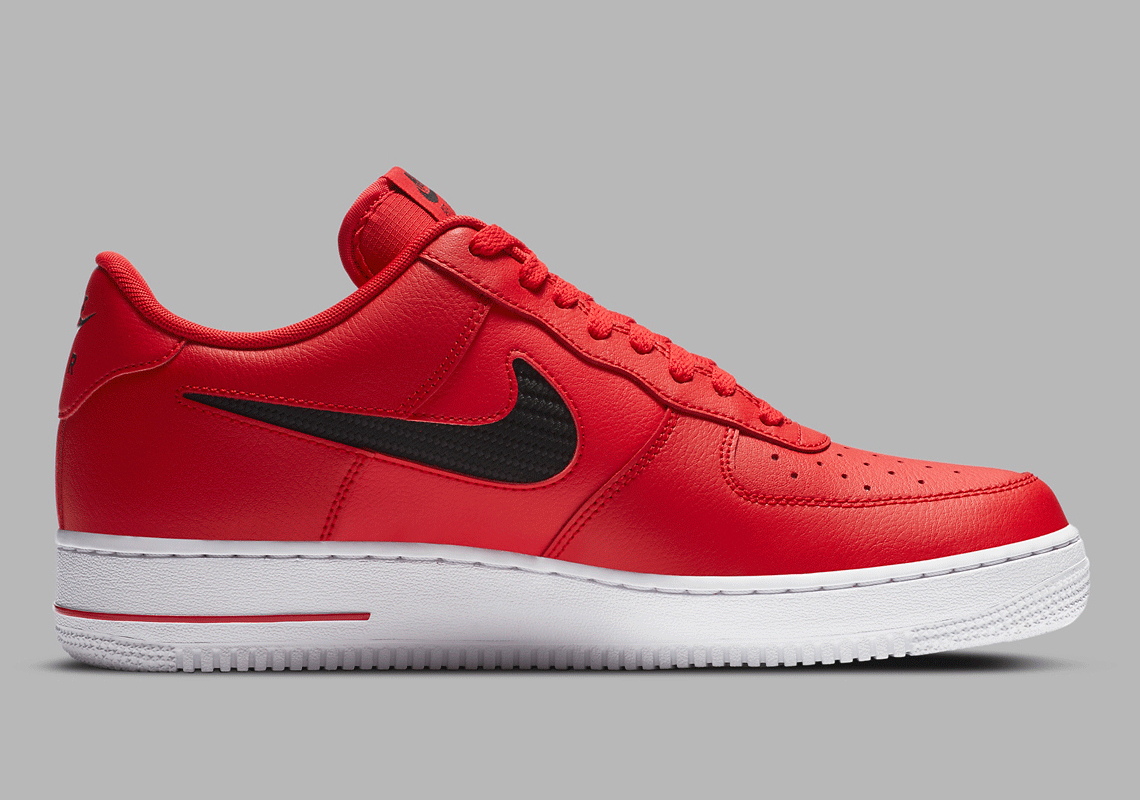 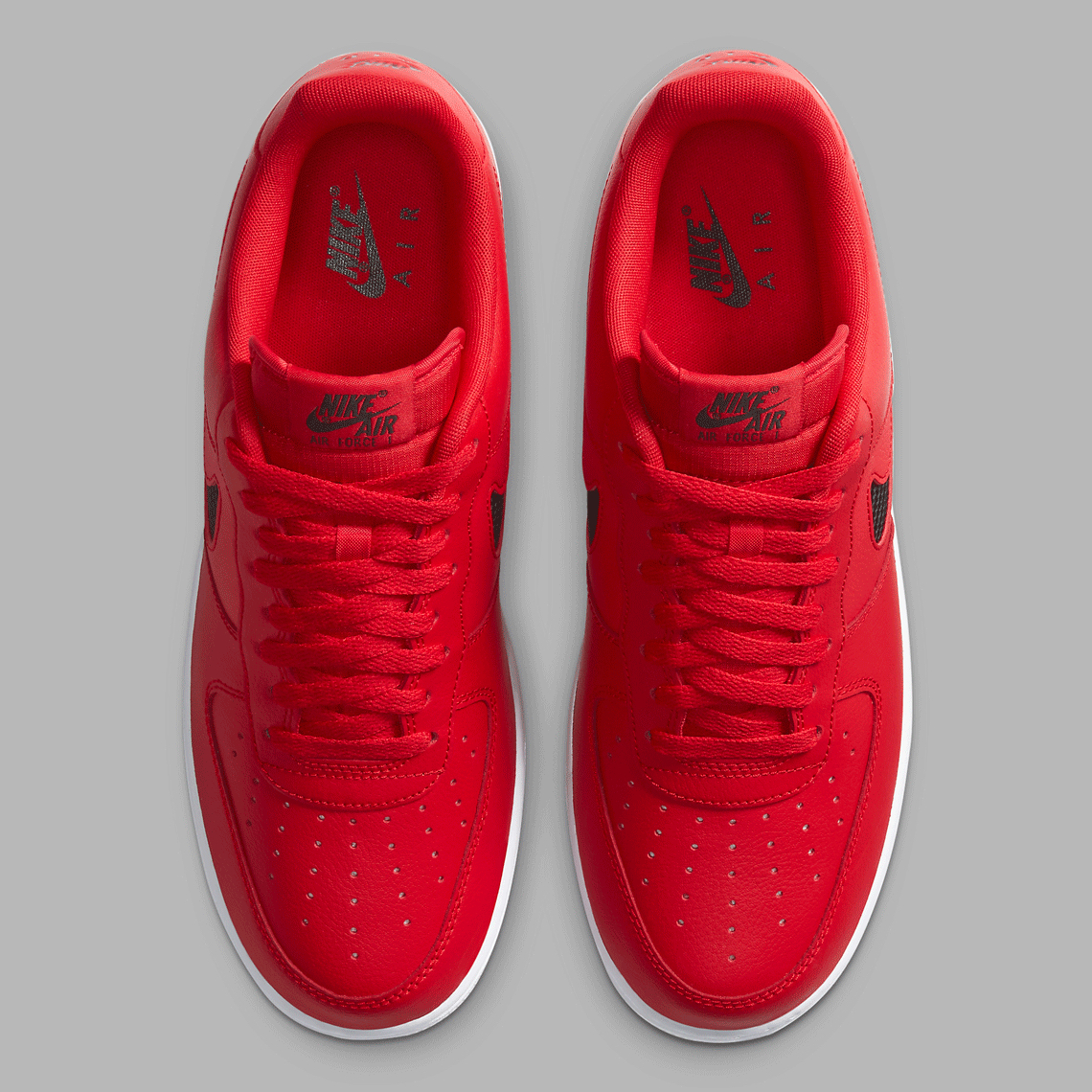 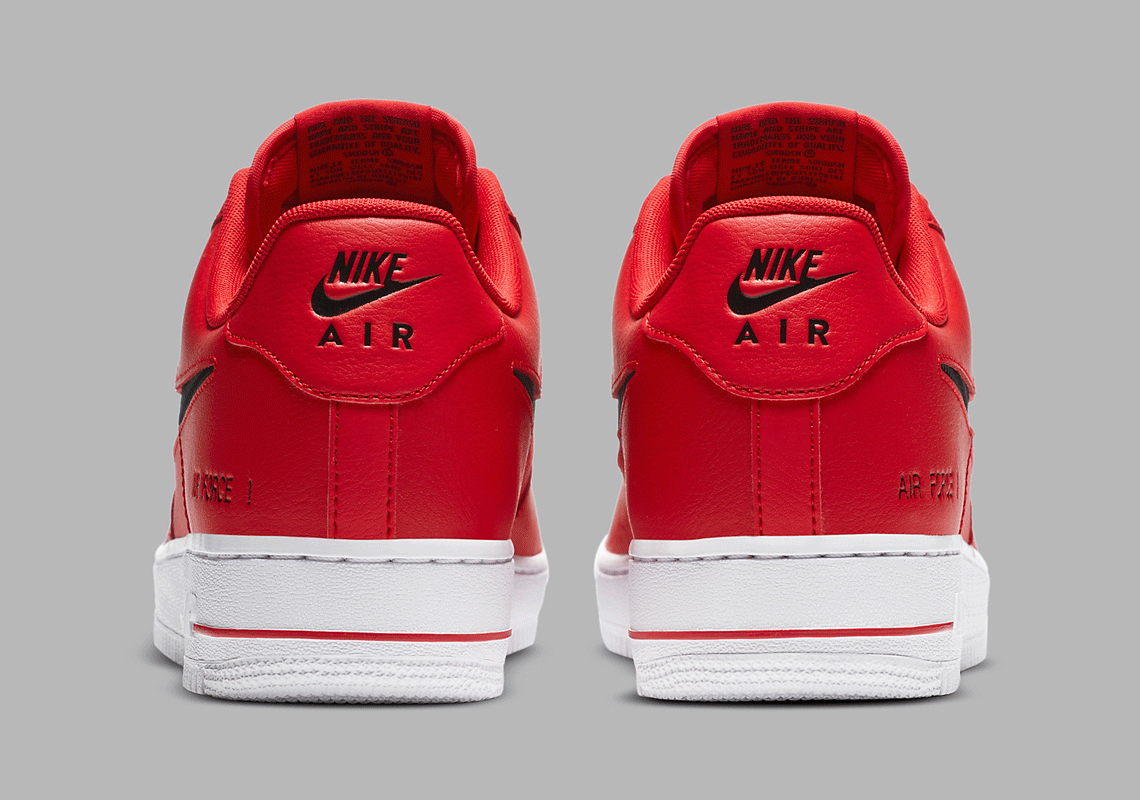 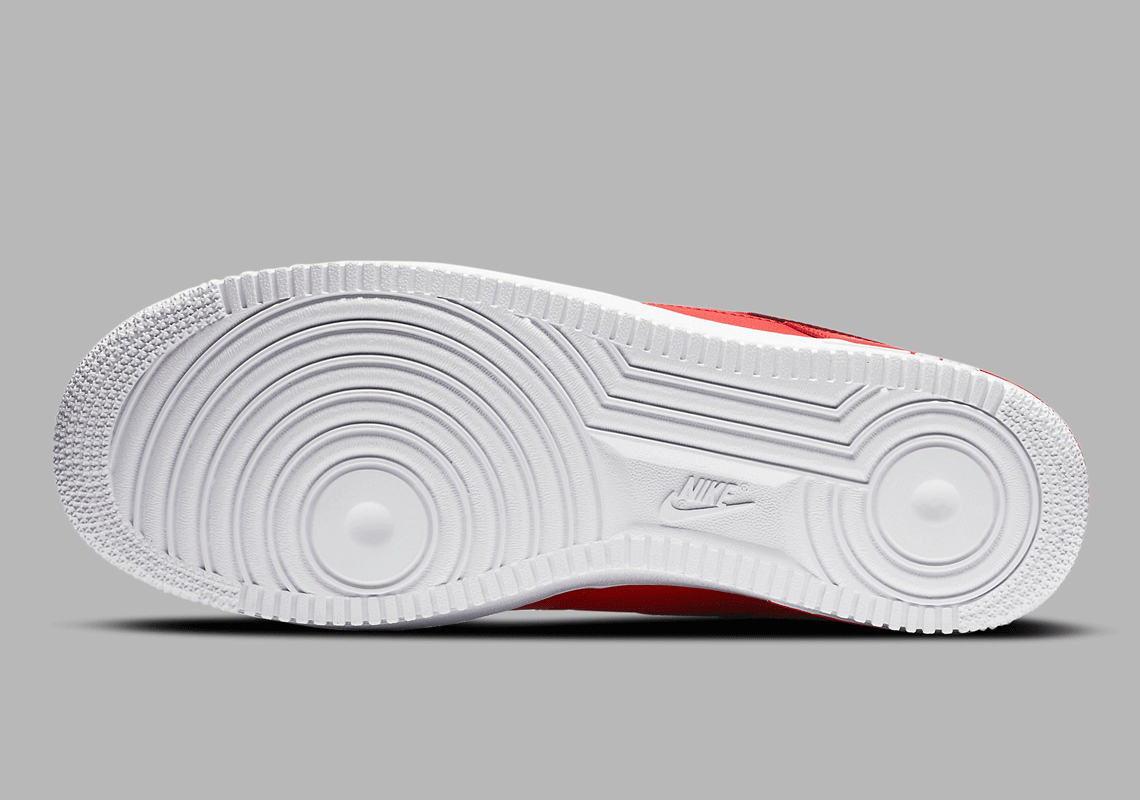