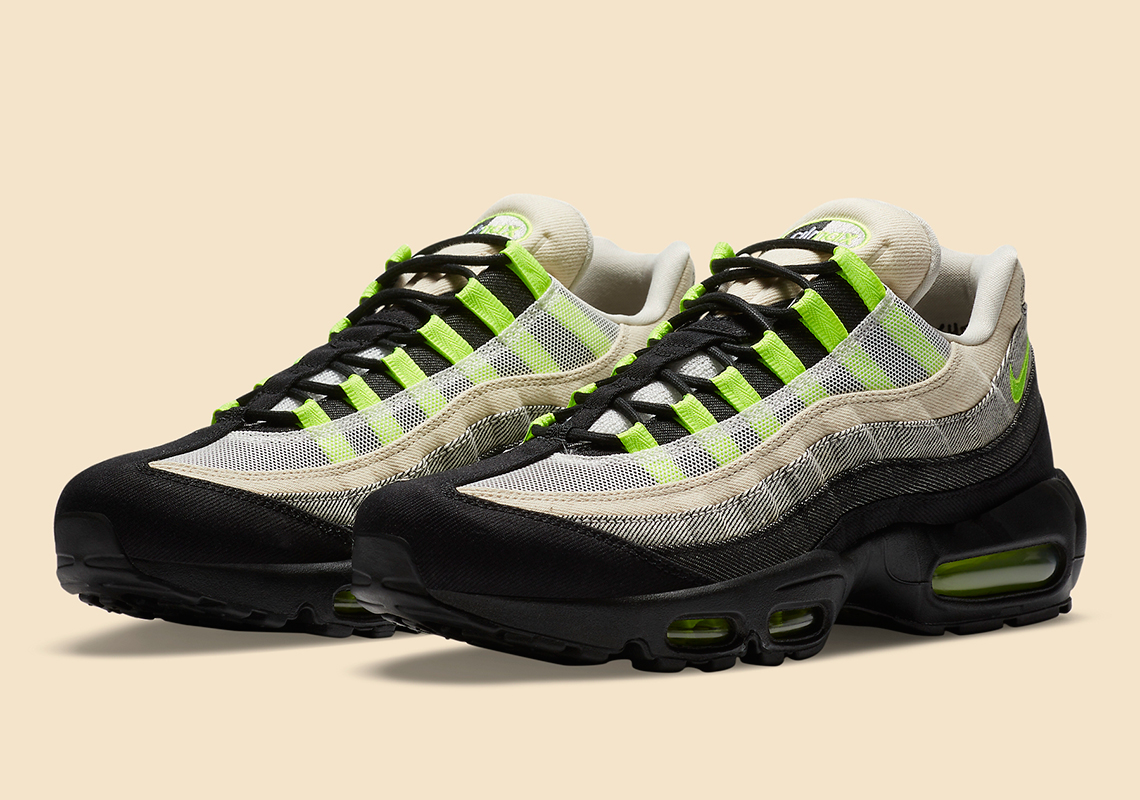 Though originally assumed to be by its lonesome, the previously leaked Denham Air Max 1 is set to be accompanied by a denim-outfitted Air Max 95. With little to absolutely no lead time, the pair seems to have quietly hit the shelves of Nike Shanghai’s House of Innovation. Though surely not much longer until its US debut, the pair’s reveal displays its use of the denim-purveyor’s mastery of fabrication. A seemingly inside-out denim swatch lines the sides along the middling layer while equally durable ecru canvas constructs directly above. Black denim then contrasts along the mudguard, blending into the toe cap whose finish looks to be of a matted suede. Elsewhere, neutral tongues are then overlapped by blacked laces and an array of volt green hits that take the form of “Air Max” branding and eye stay loops. Grab a quick look at the pair here, and if you’re interested in grabbing one for yourself, sit tight for word on its upcoming SNKRS and Nike.com launch.

In other news, the Raw Denim Air Jordan 3 was revealed officially today. 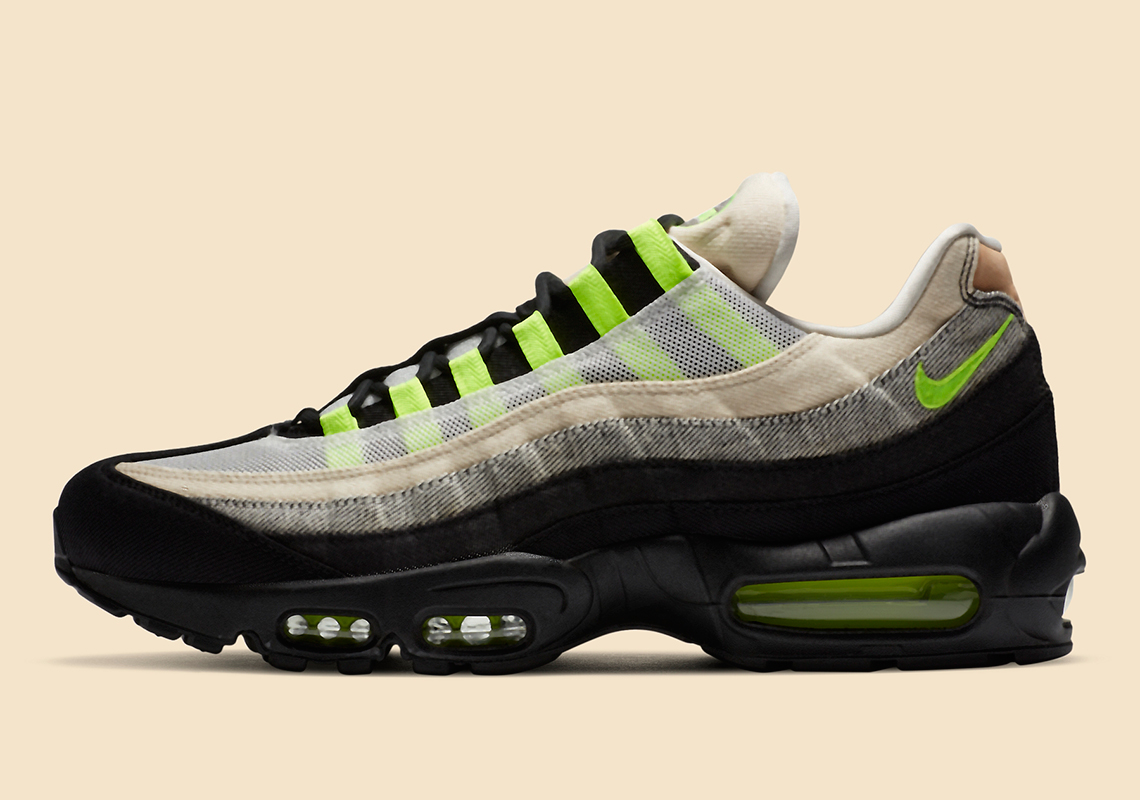 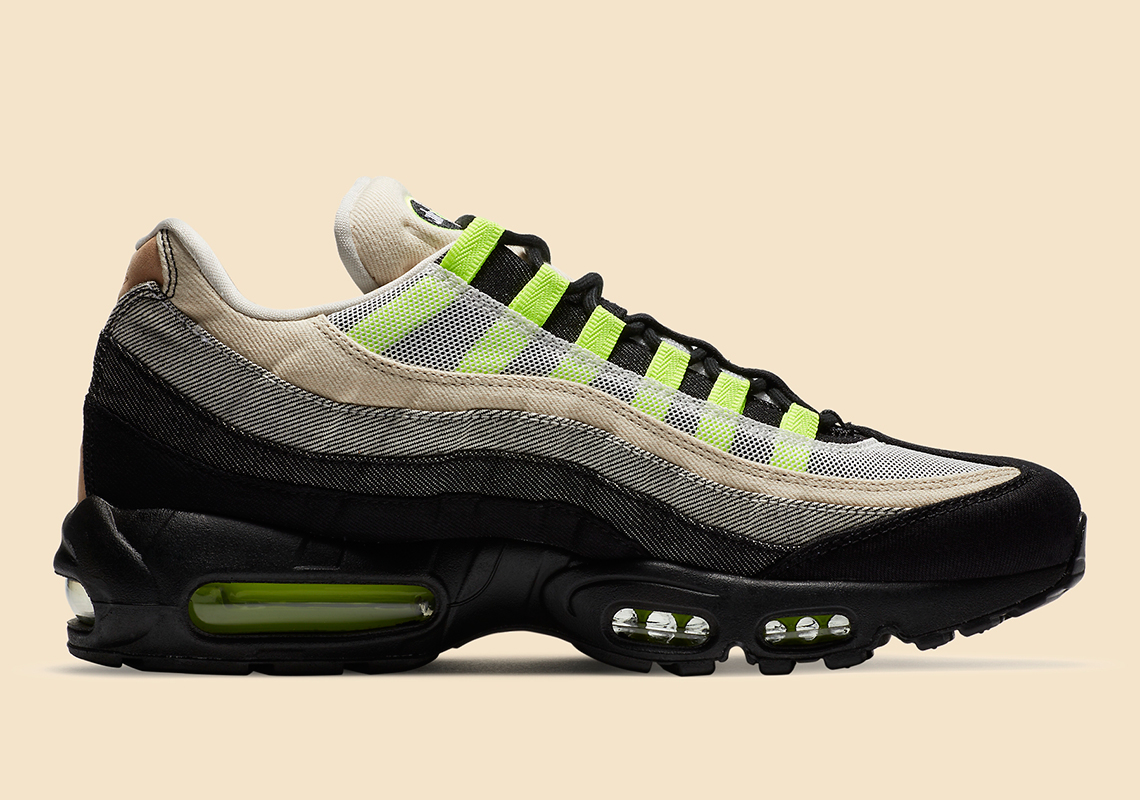 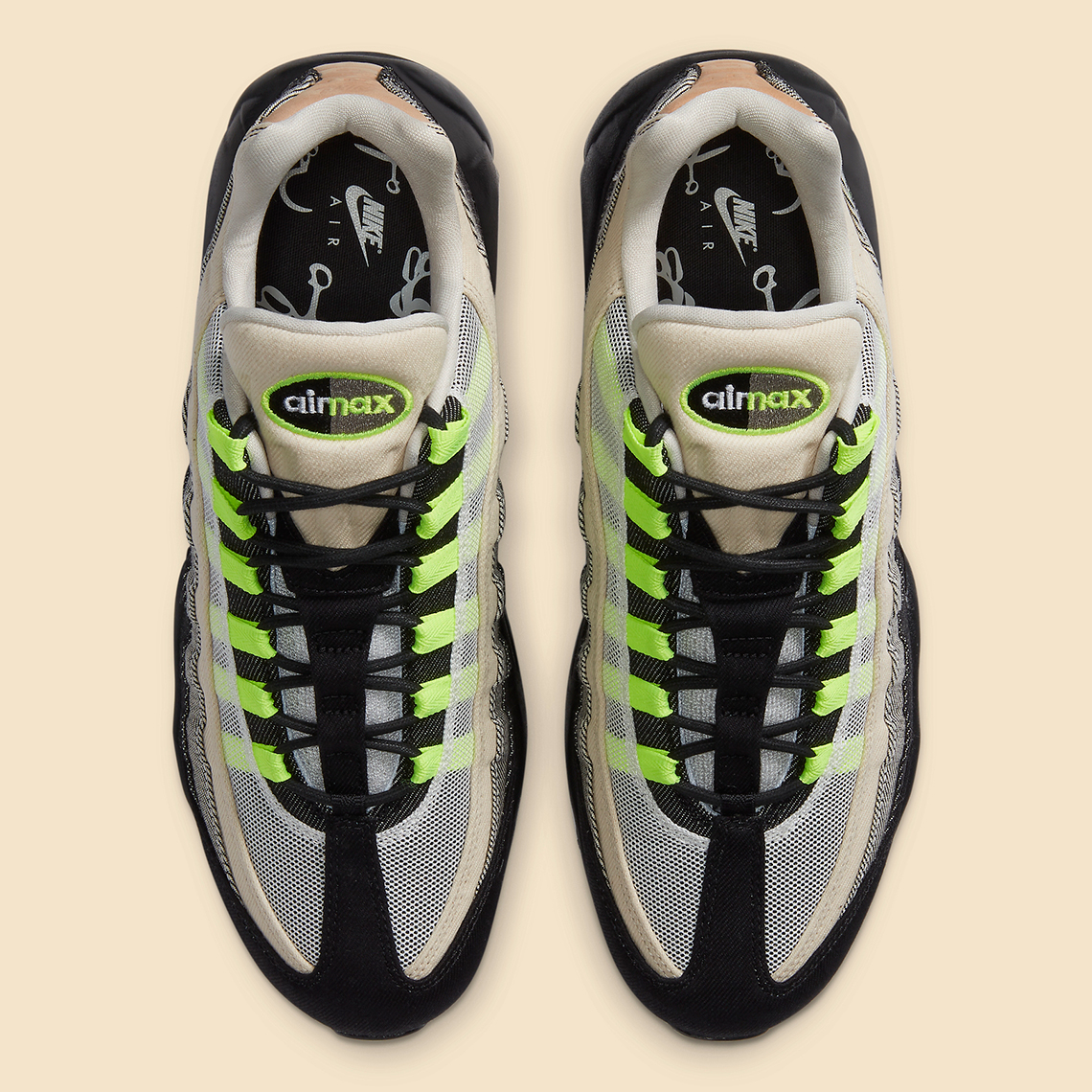 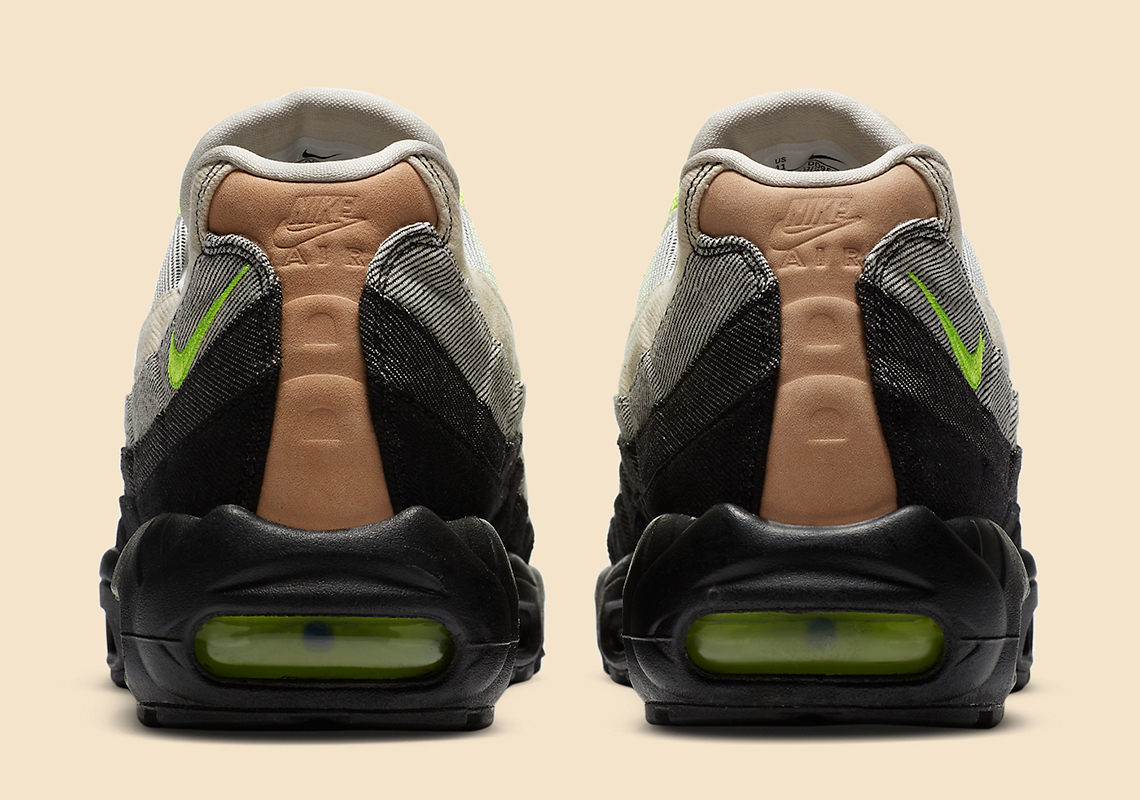 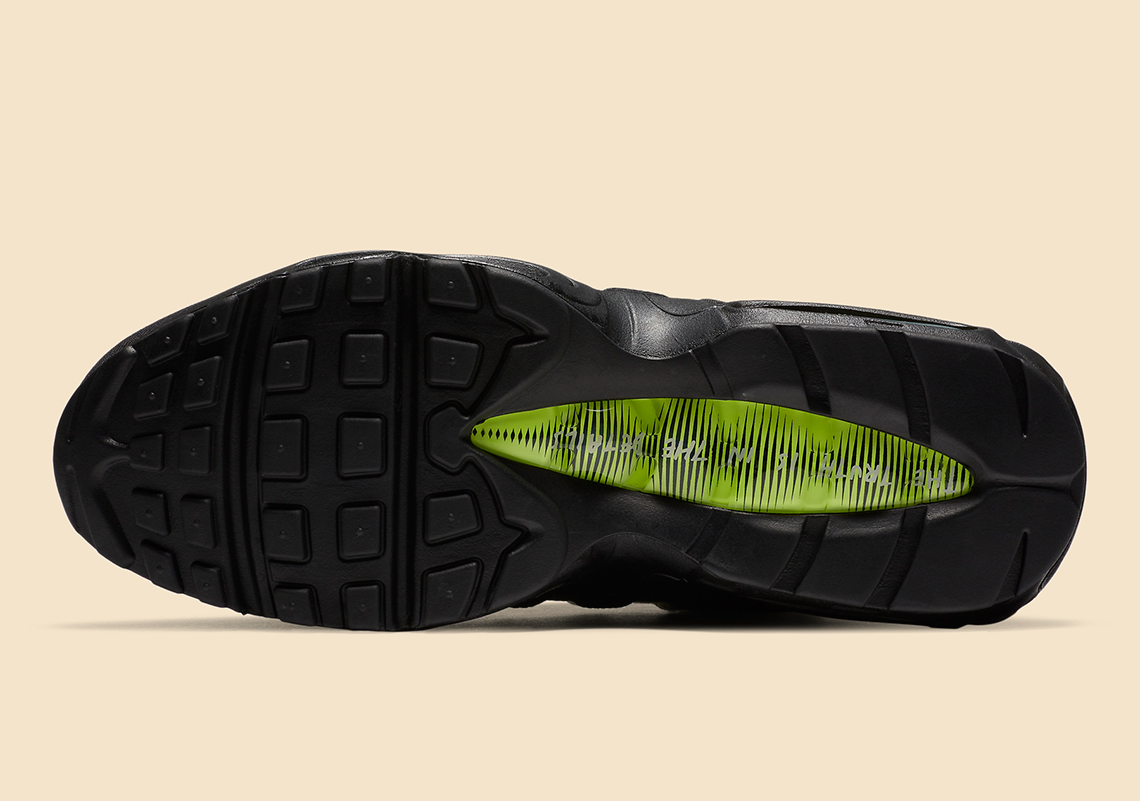 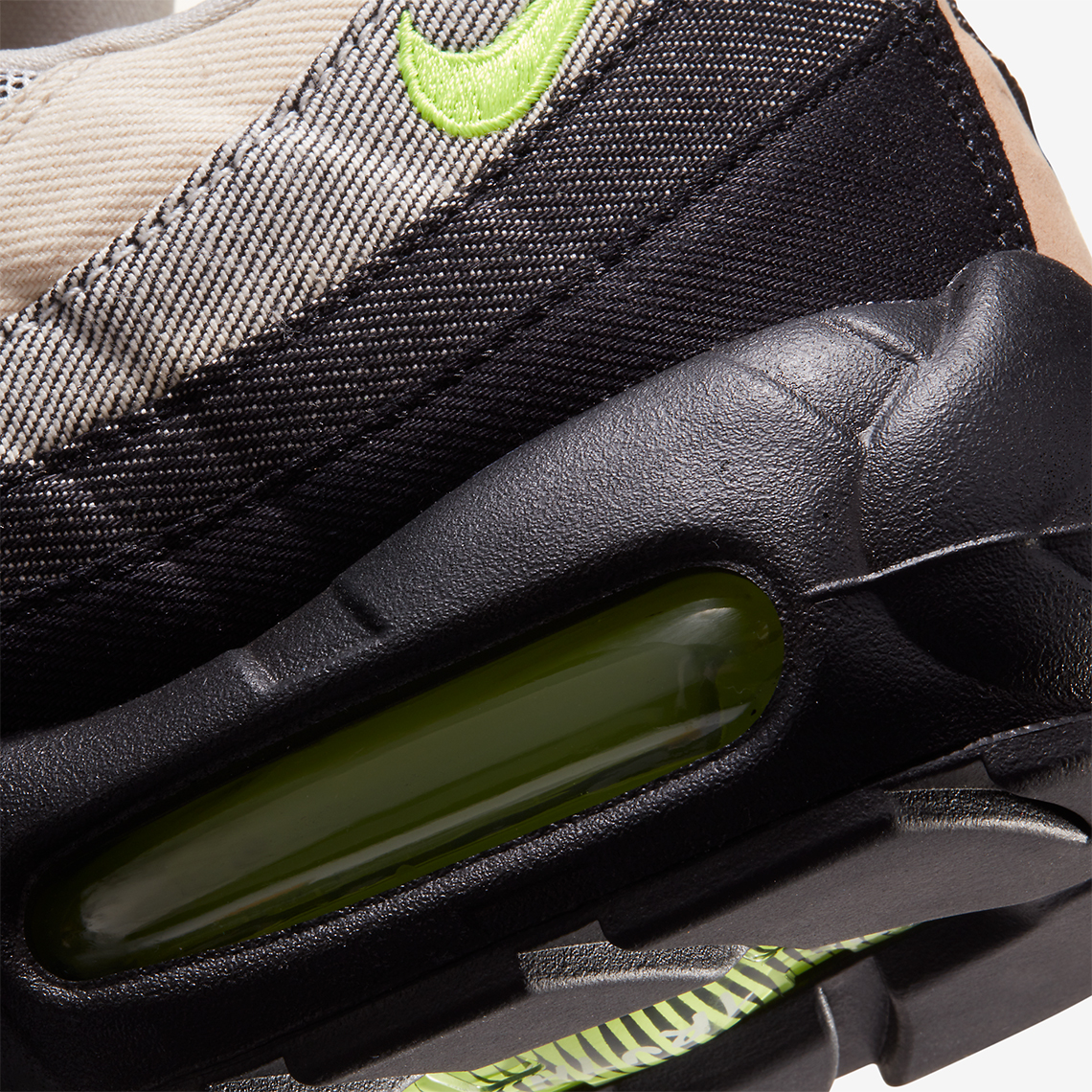 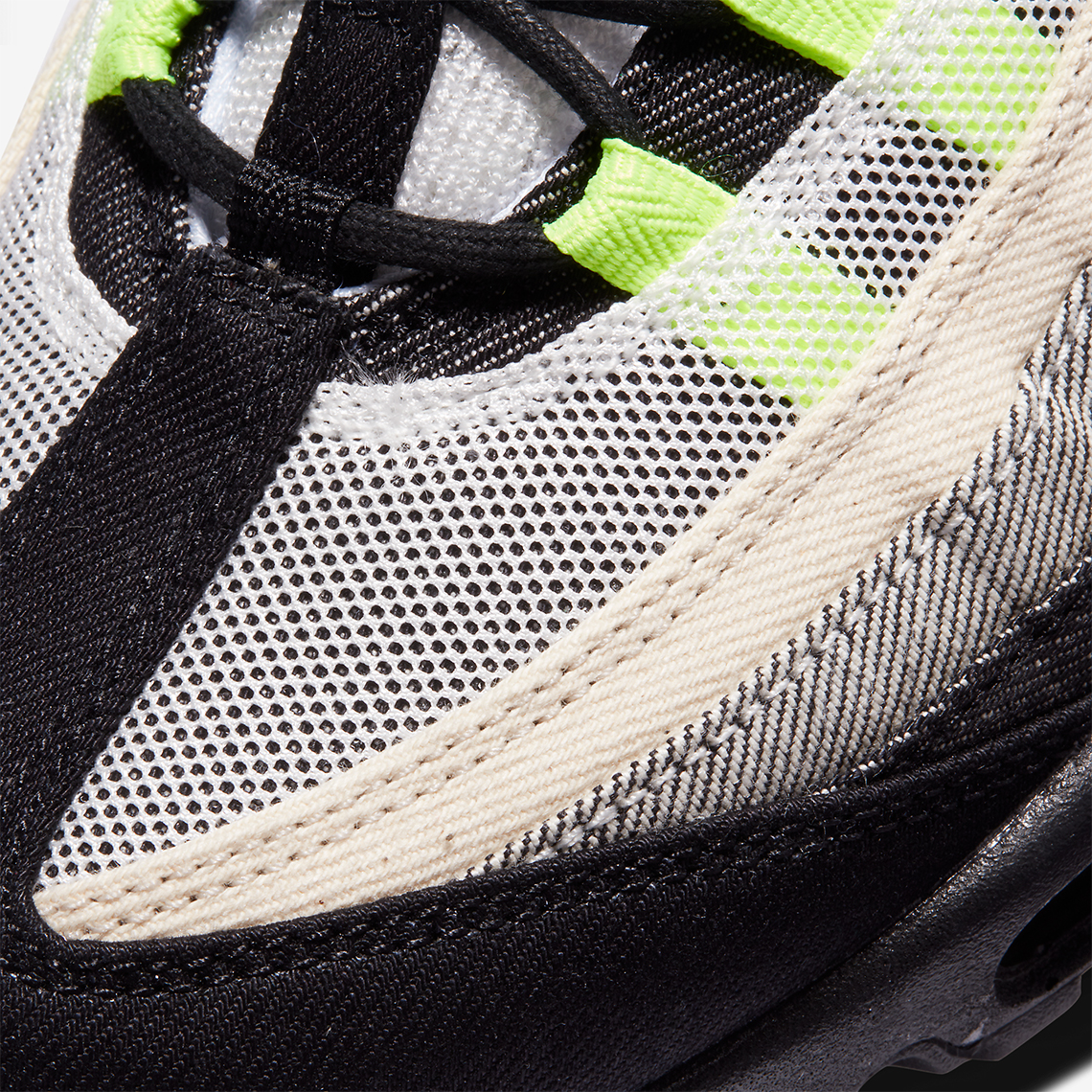