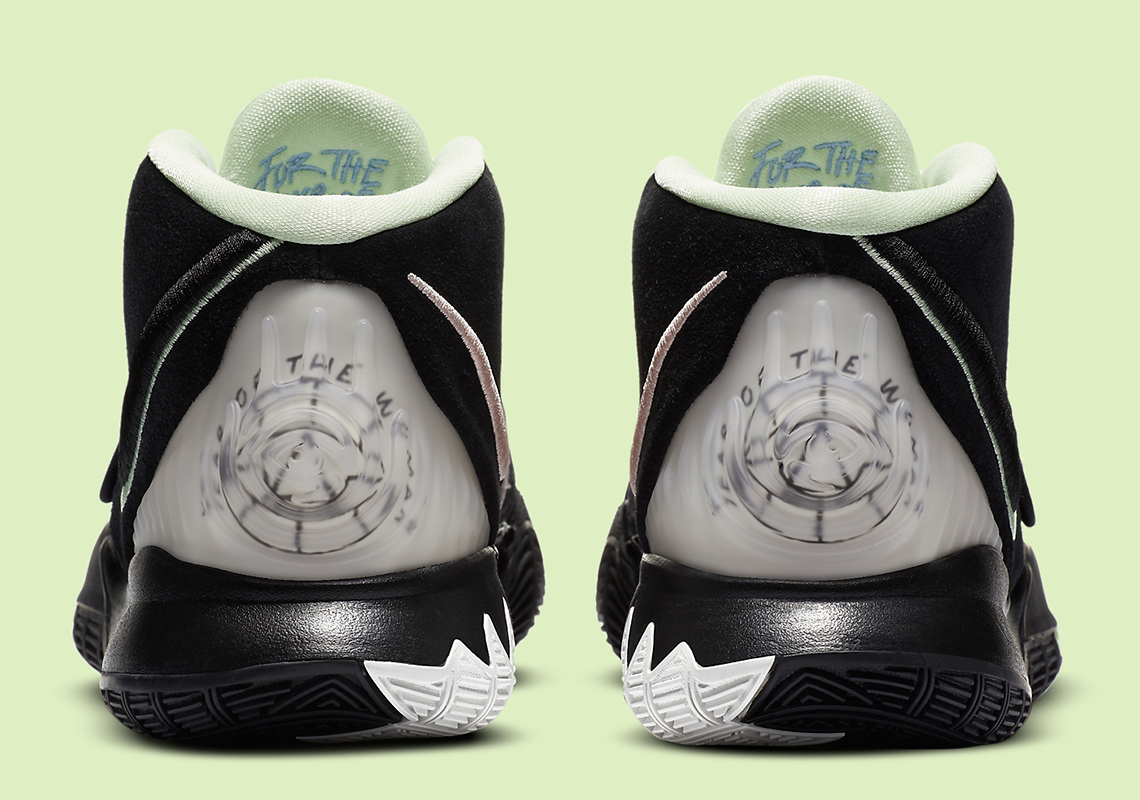 Nike Kyrie 6 “Asia Irving” Honors The Year Of The Woman

Due to the fact that Kyrie Irving won’t be able to work his magic on the basketball court until next season, the crafty point guard has had more time to spend storytelling with his signature footwear lineup with Nike. His shoes continue to take the phrase “Strength In Numbers” to heart as they’ve added a duo of silhouettes including the Kyrie S2 hybrid and Kyrie Low 3 into the family, as well as formed more options of his Kyrie 6. The latter, after releasing its USA-inspired makeup today, has now just uncovered its next “Asia Irving” colorway by way of official imagery.

The Nets superstar honors his older sister through multiple sections of the shoe by printing out her moniker on the medial wall both along the strap and in reworked fashion just above the midsole, as well on the and right side tongue. Further nods to her are present through the left footbed with an “A” printed out in Old English font, followed by the carved-out heel blocks which spell out the words “Year of the Woman” is distorted fashion. Color-wise these rely heavily of neutral hues of black to outfit most of the real estate, followed my camo patterns on the midfoot/toe box, and Summer-friendly pastels pasted to the Swoosh logos, tongues, and liners. Scroll here below for a gallery of images, and find these likely hitting Nike.com and select retailers in the coming weeks for $130.

For other news, the Air Jordan 14 Gym Red releases in the US tomorrow. 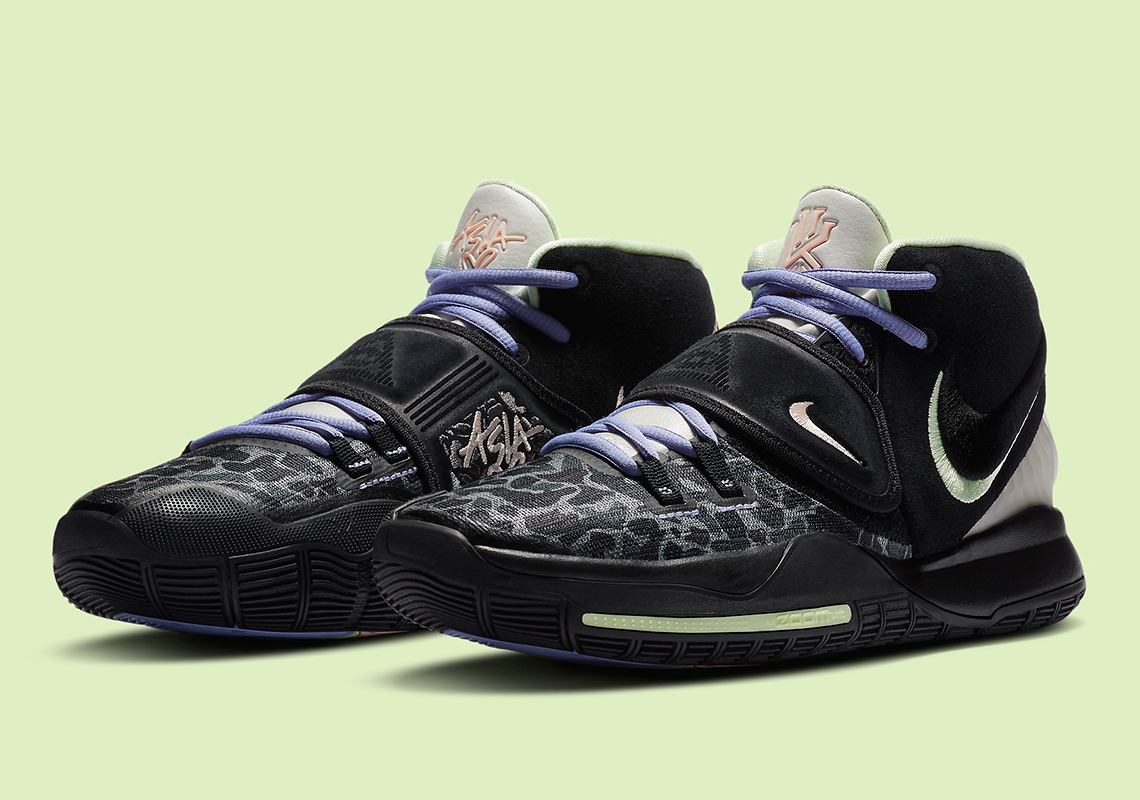 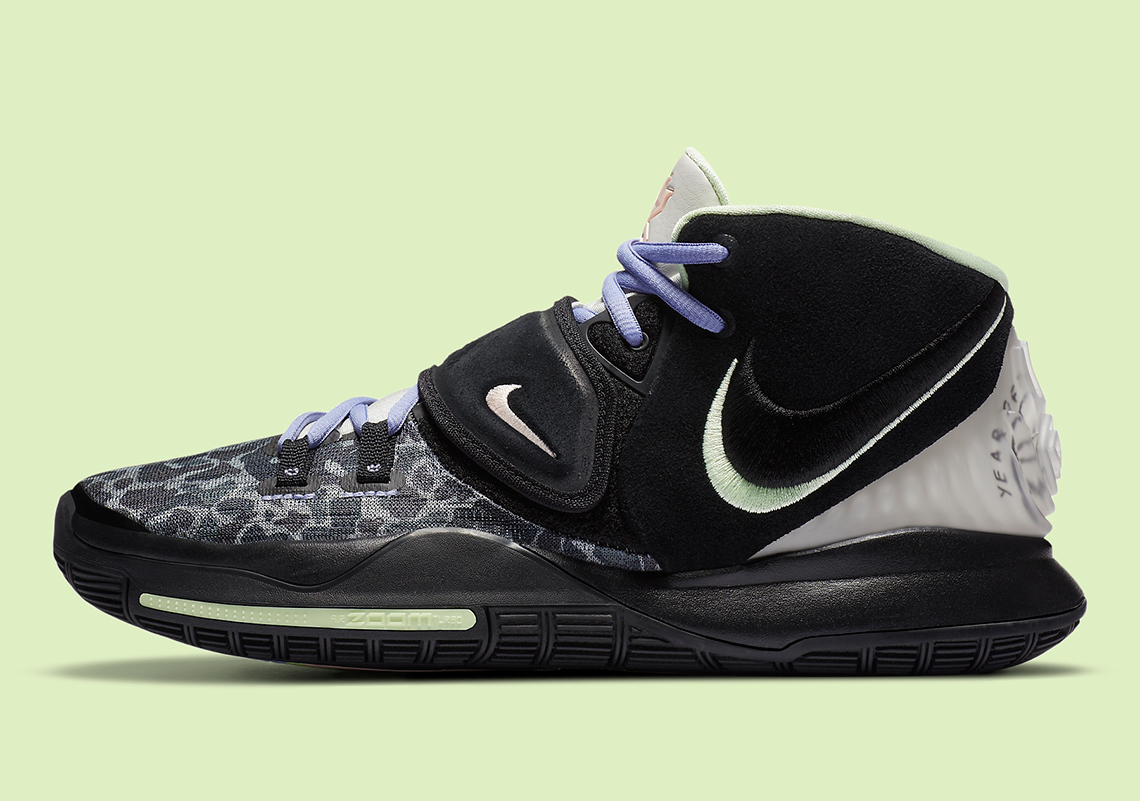 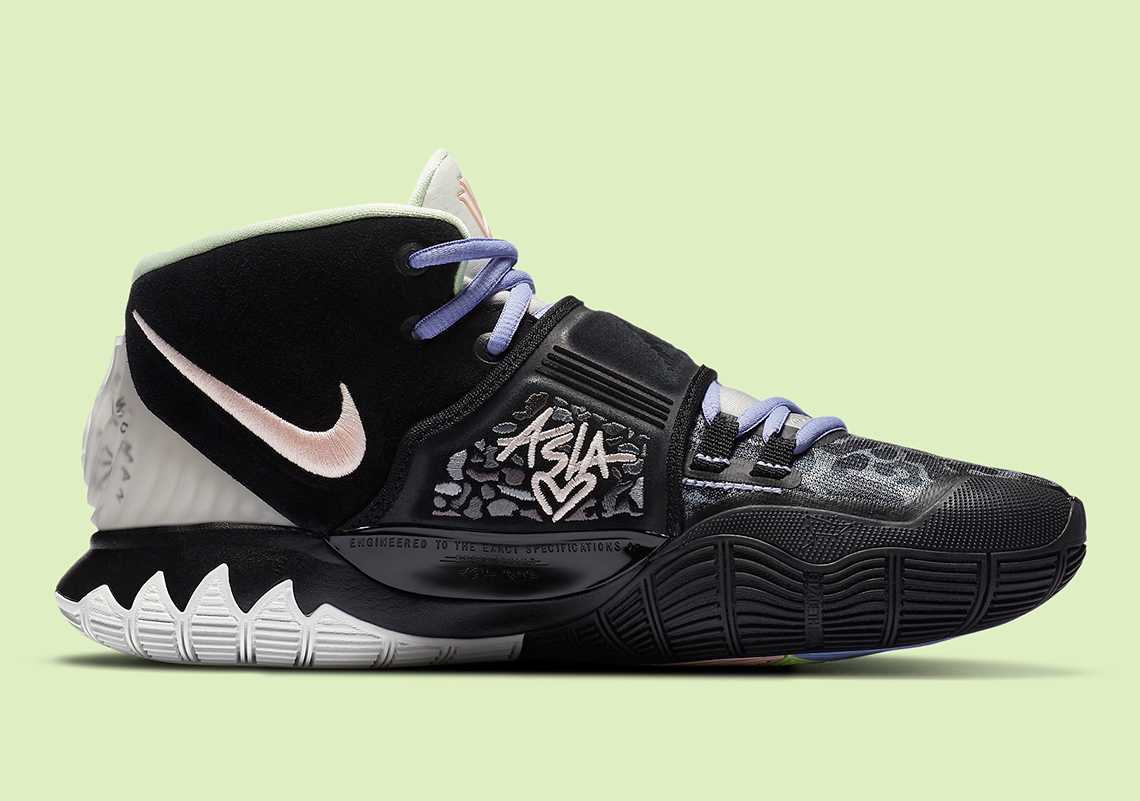 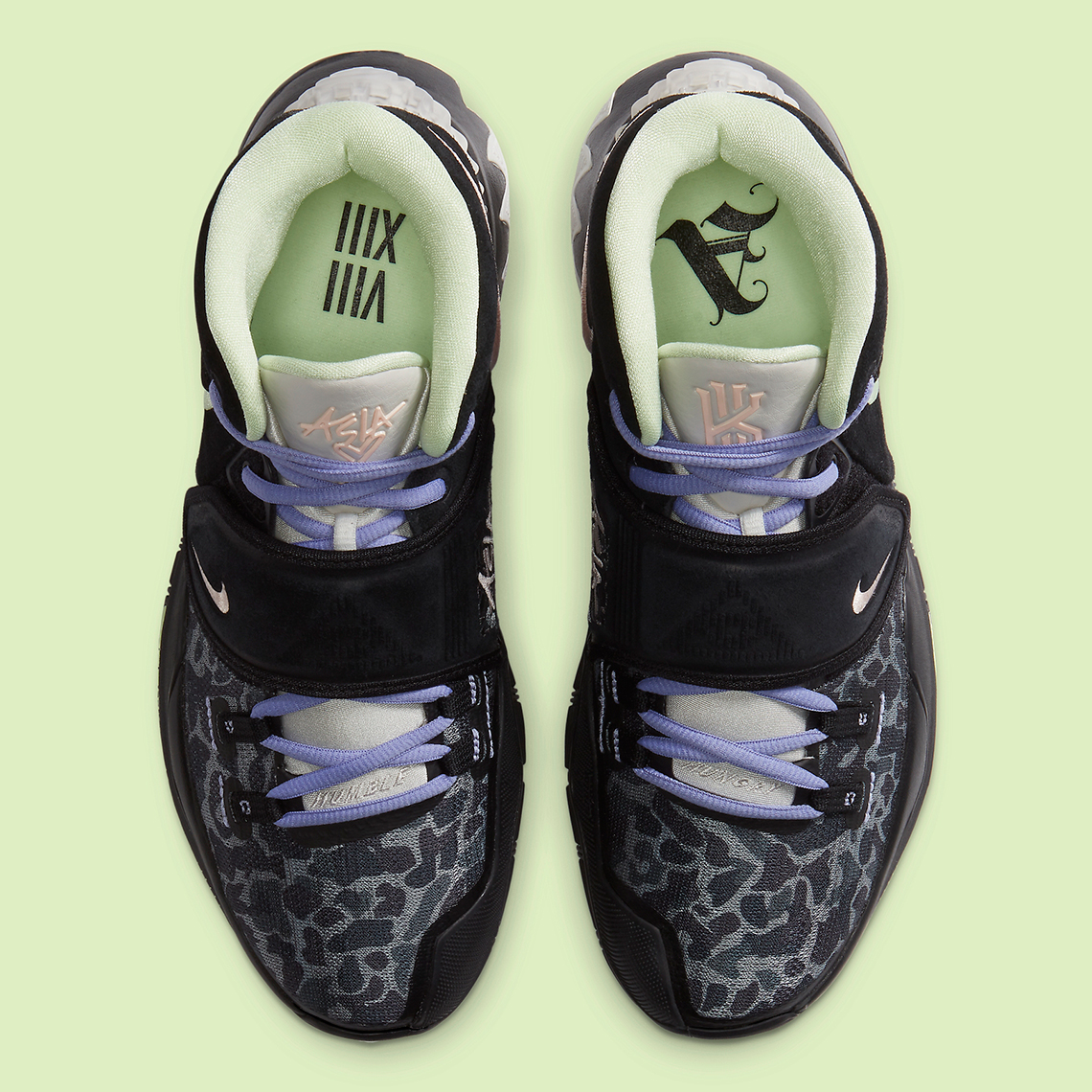 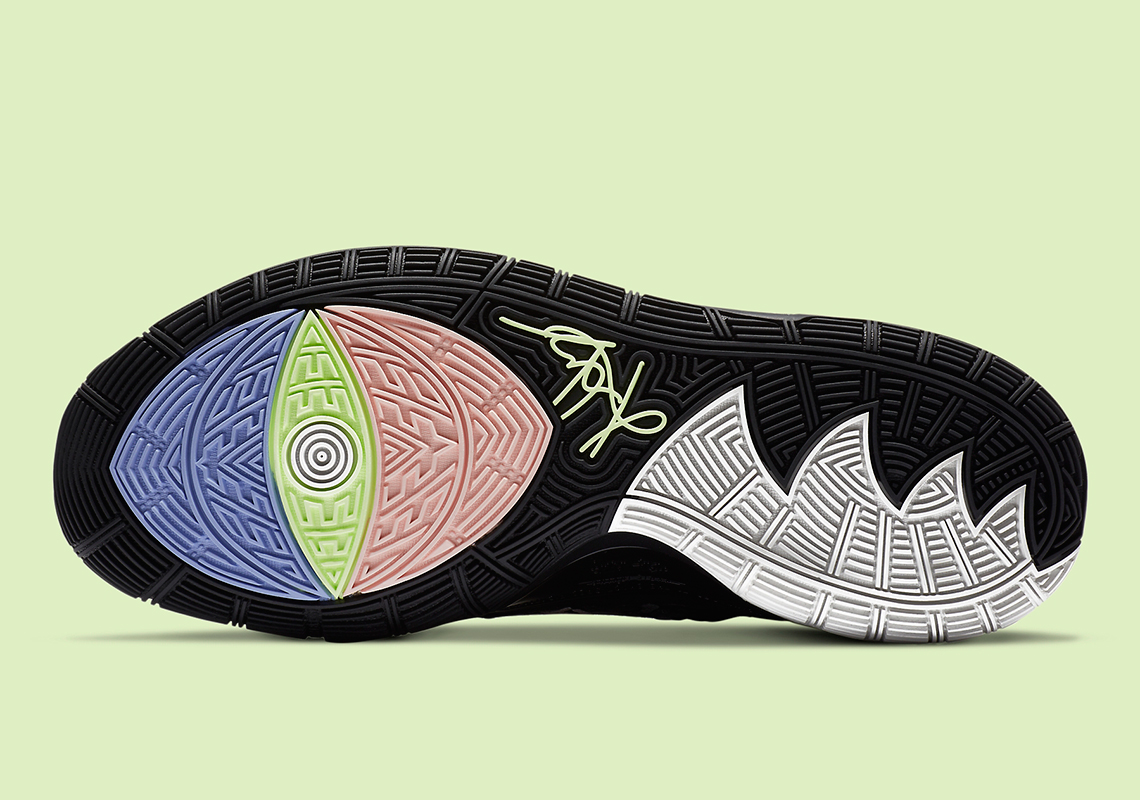 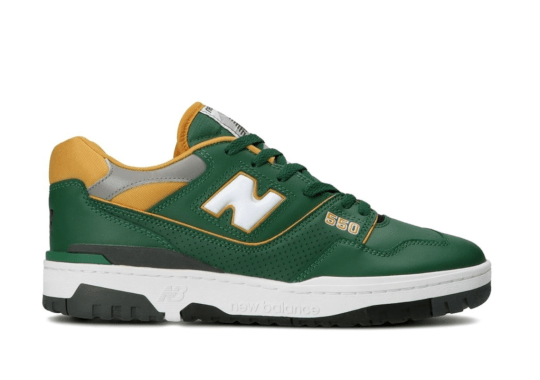