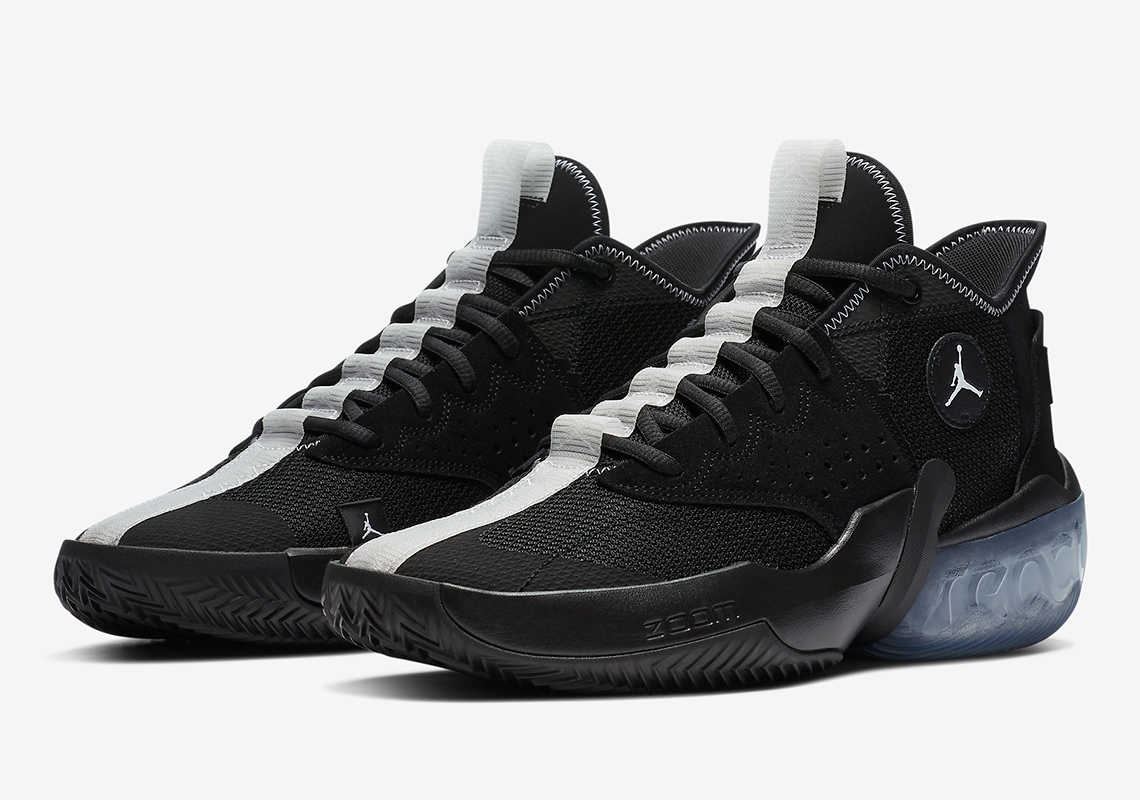 While it would be much easier to rely on the original Air Jordan line-up, the brand has opted to task their in-house teams with creating something brand new and composed of the many technologies signature to the current Nike umbrella. Among a few runners and interesting Air Jordan 1 hybrids, the line-up has produced quite a few React-outfitted pairs inclusive of the Jordan Elevation and its newly revealed Triple Black colorway. Ostensibly inspired by current designs, the silhouette approaches a shape quite familiar — the Why Not series quickly coming to mind. Mesh outfits the entire base up to an ankle adorned with white contrast stitch, while suedes support the side profile as well as the heel whose branded fixtures are less than subtle. Partially matching that of the neutral palette, the tooling — whose forward half is Zoom while the other complements with React — adds a light blue heel that blends in relatively seamlessly. Elsewhere, Jumpman insignia seats a circular patch, the insole, and multiple times along the grey strip that rolls out down the middle of the shoe. Grab a detailed look at this versatile entry here and expect to see it at Nike.com soon.

In other news, a USA Jordan 1 Mid was revealed. 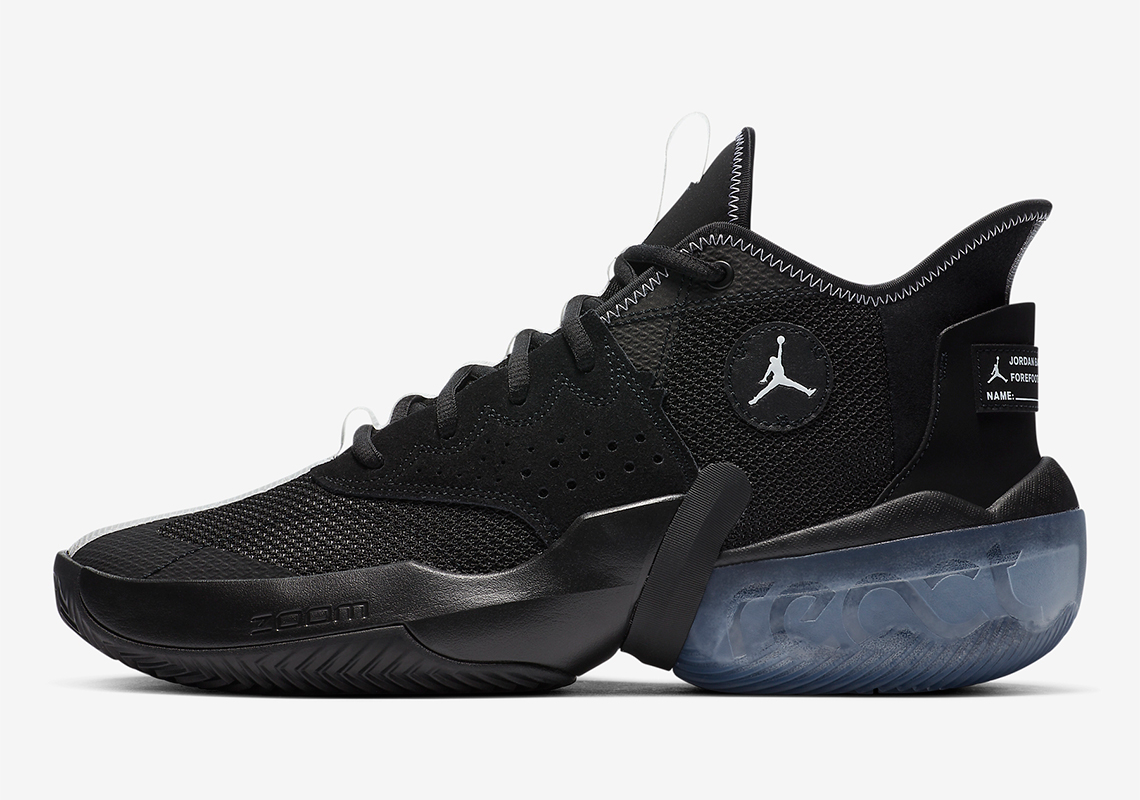 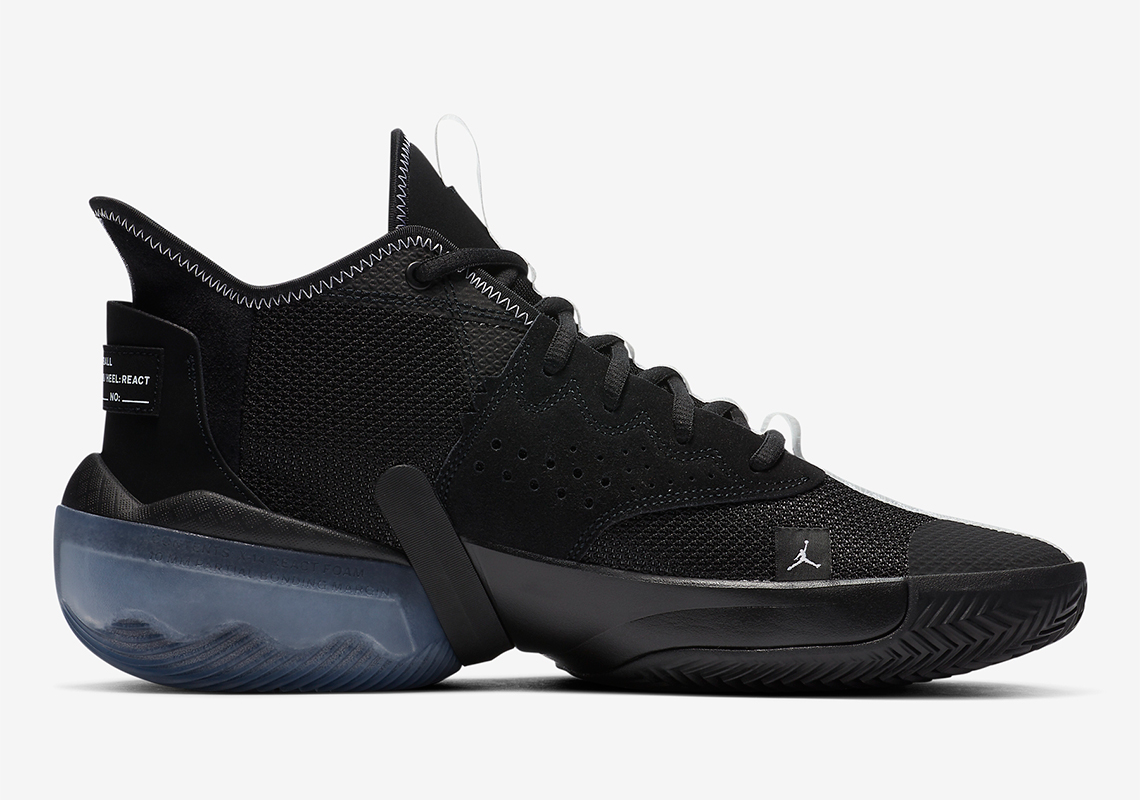 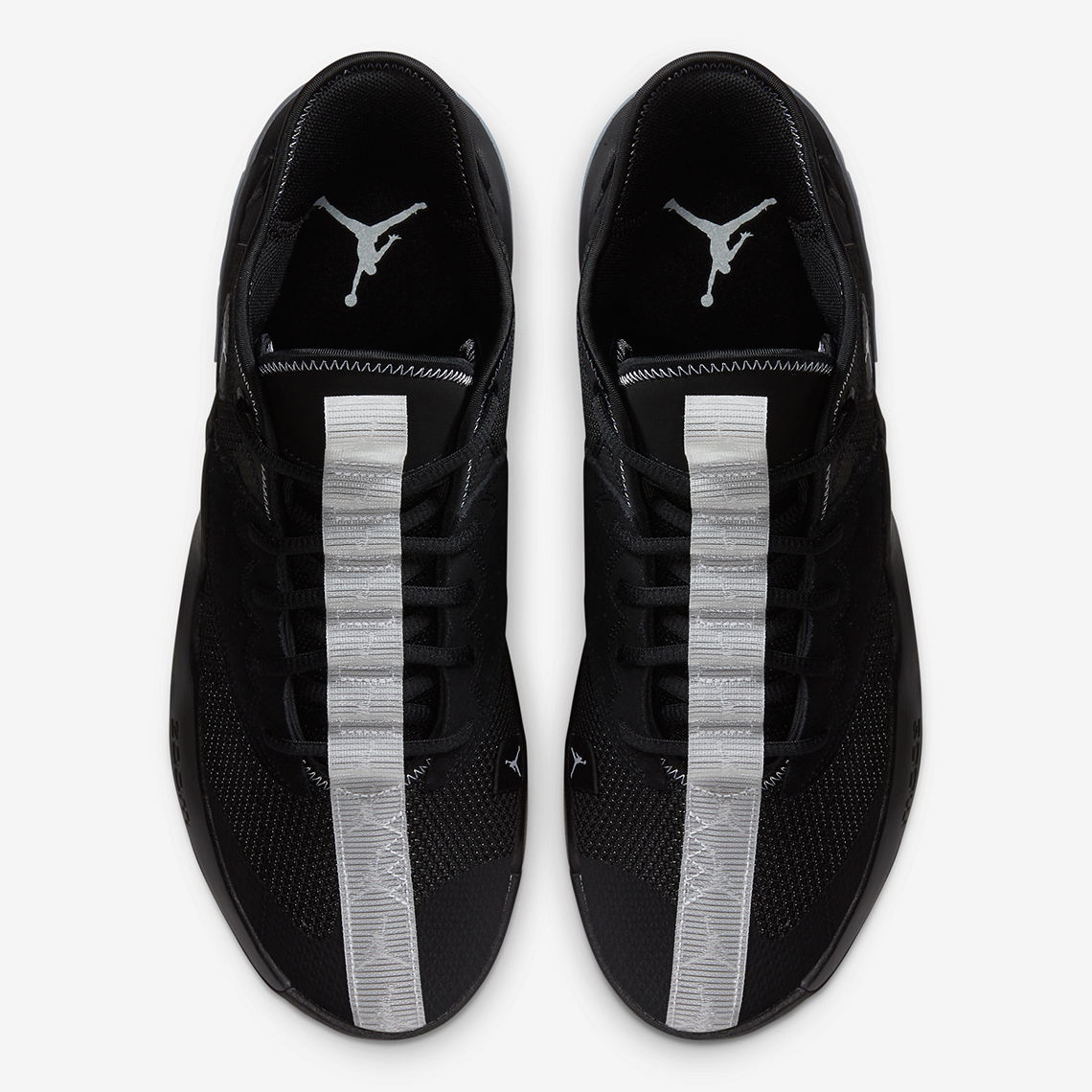 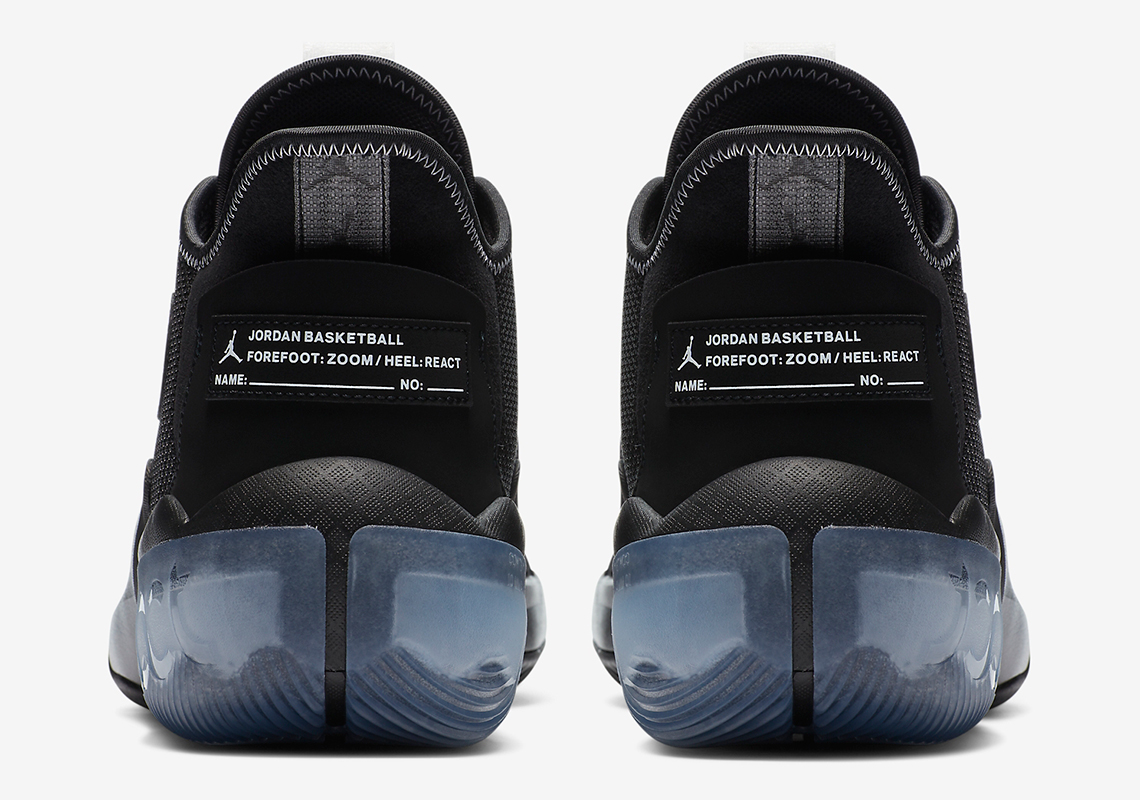 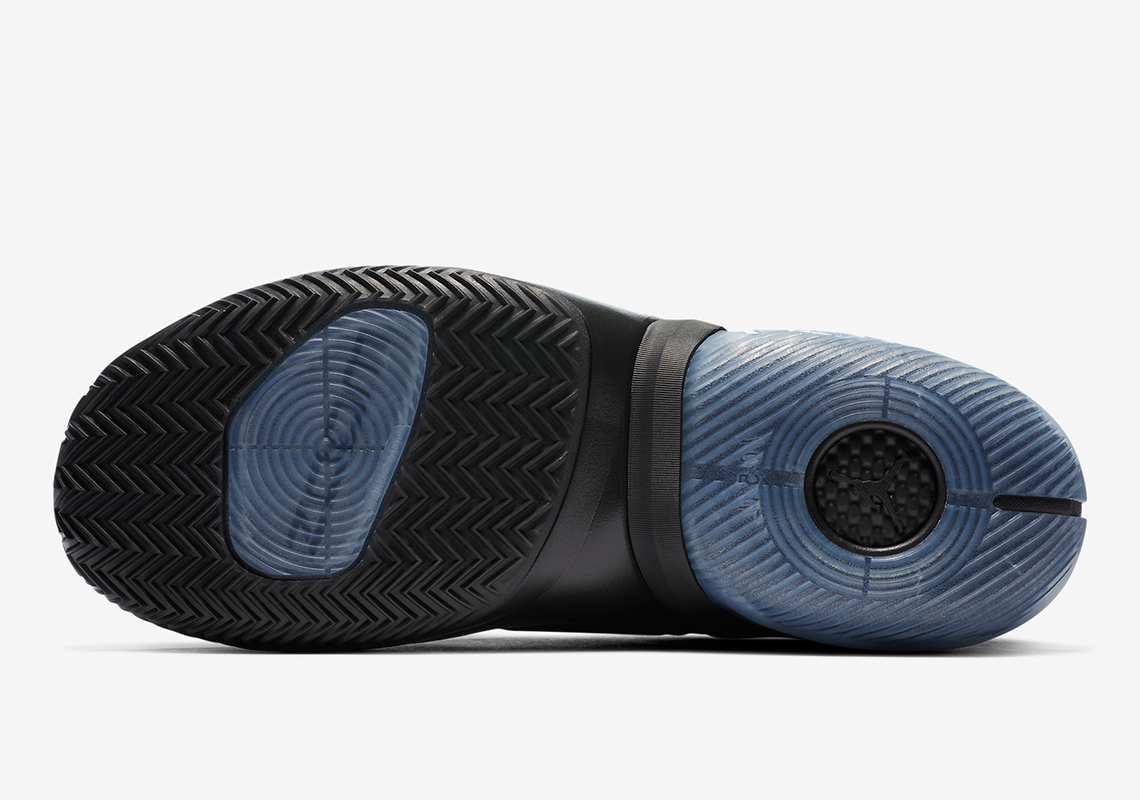